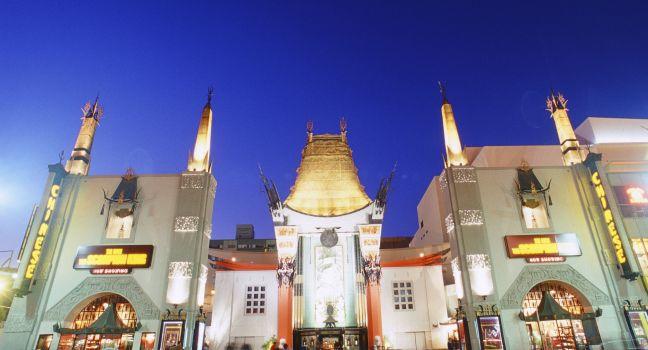 The stylized Chinese pagodas and temples of the former Grauman's Chinese Theatre have become a shrine both to stardom and the combination of glamour and flamboyance that inspire the phrase "only in Hollywood." Although you have to buy a movie ticket to appreciate the interior trappings, the courtyard is open to the public. The main theater itself is worth visiting, if only to see a film in the same setting as hundreds of celebrities who have attended big premieres here.

And then, of course, outside in front are the oh-so-famous cement hand- and footprints. This tradition is said to have begun at the theater's opening in 1927, with the premiere of Cecil B. DeMille's King of Kings, when actress Norma Talmadge just happened to step in wet cement. Now more than 160 celebrities have contributed imprints for posterity, including some oddball specimens, such as casts of Whoopi Goldberg's dreadlocks.

Book an Experience at Los Angeles VIEW ALL