One of LA’s biggest cult hits is back for the Halloween season, and it’s bigger, longer, and spookier than ever before.

The Los Angeles Haunted Hayride is back and better than ever at Griffith Park this year as it celebrates its 10 year anniversary with a supersized version of the popular attraction. The ride is longer, the scenes are more extreme, and guests are in for an experience more extravagant than years past. 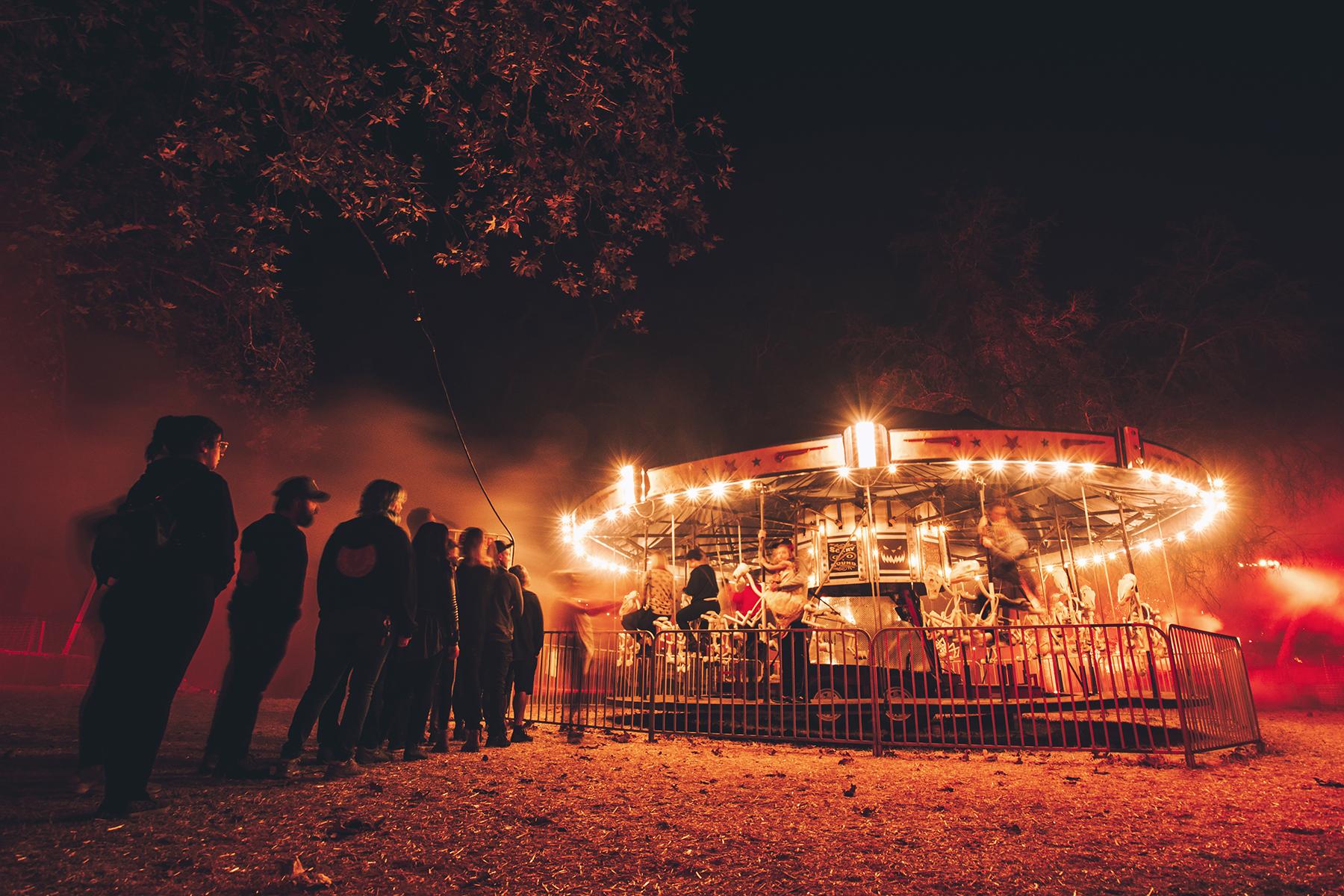 Located at Griffith Park’s Old Zoo, guests enter LAHH by passing by its iconic wall of glowing jack-o-lanterns. They’ll then walk through “Purgatory,” an eerily beautiful cave constructed mostly of twisted branches where they can expect to be startled by monsters lurking about in corners. The monsters aren’t completely evil, though–after they sneak up on you, they’ll graciously pose for a photo with you (if you ask politely).

INSIDER TIPAlways be polite to the monsters.

The theme for this year is “10 Years,” in honor of their 10th anniversary. LAHH has brought back all the fan favorites of the event (no spoilers!) from the past decade, re-imagined with new twists, combined into one (supersized) hayride. Every scene in the ride is a “finale” scene (a.k.a. the big, elaborate scenes at the end)–and makes for an exciting experience all the way through.

House of Shadows, a maze lit primarily by strobe lights, has been revamped this year to be at its most terrifying ever.

Although the hayride is the main draw, there are several other spooky activities to partake in. House of Shadows, a maze lit primarily by strobe lights, has been revamped this year to be at its most terrifying ever. Trick or Treat is a haunted village where guests knock on doors and meet the neighborhood’s terrifying occupants…who are not always so terrifying, and sometimes just give you a piece of candy. There are also psychics, a Scary-Go-Round (skeleton horses), and, of course, a boo-tique (for souvenirs). 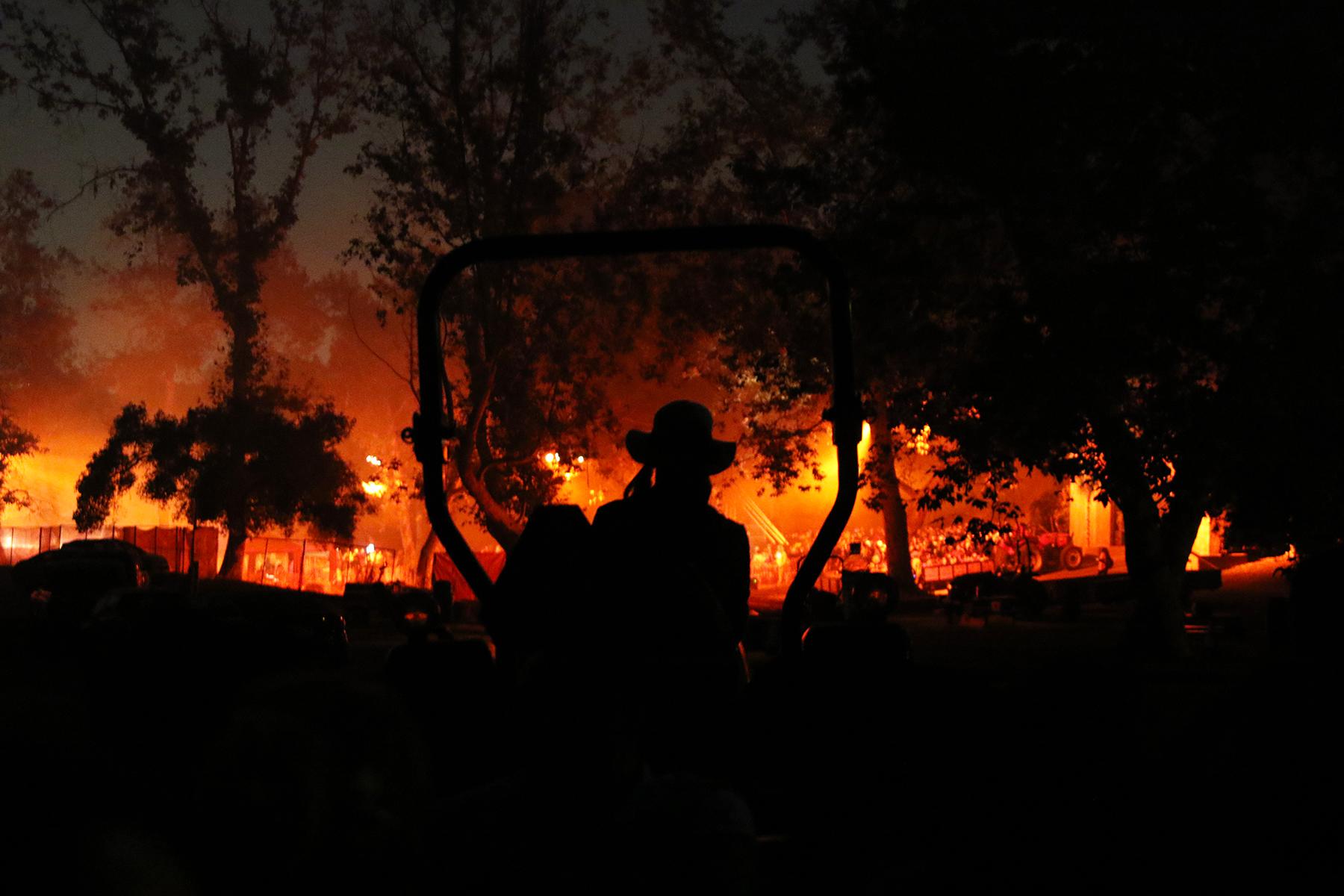 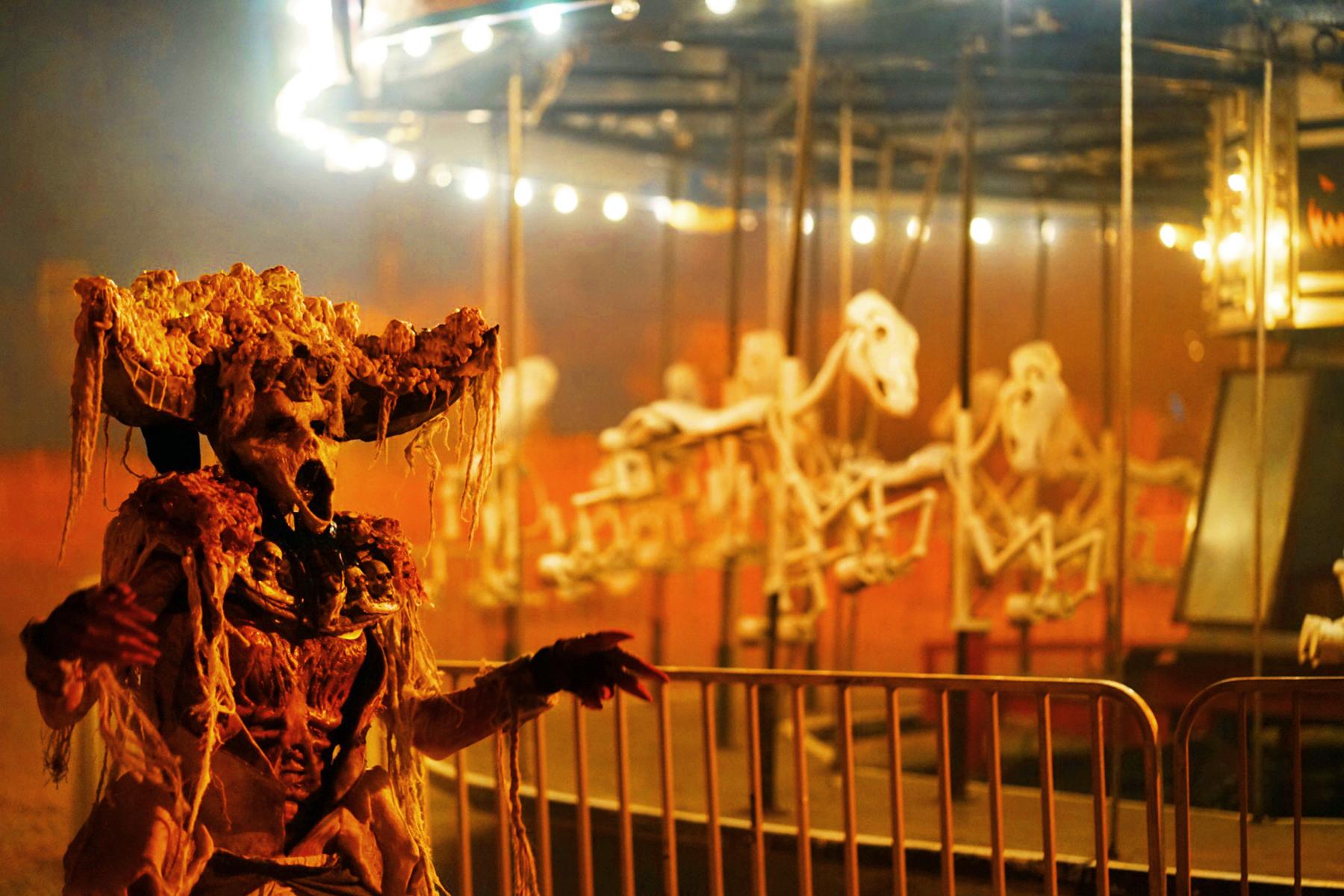 Los Angeles might not be exactly where you would expect to find a haunted hayride through the woods, but 10 years ago, Melissa Carbone changed that. Carbone launched the Los Angeles Haunted Hayride in 2009, and ever since then, it has become a Halloween staple in Los Angeles–as well as one of the most popular Halloween attractions in the country.

The idea stemmed from Carbone and her partner’s elaborate front yard Halloween displays. Soon enough, kids and parents alike came to see the spooky decorations–and the idea for LAHH was born. Fodor’s spoke with Carbone at this year’s LAHH.

Fodor’s: You came up with this entire event just by decorating your own yard for Halloween. Sorry, this isn’t a question. That’s just really, really cool.

MC: You know what it is for me is that I’m from New England, so I was a big haunted hayride fan growing up, and people in LA didn’t even know what that was. And I was tired of waiting for one to come here, and that night at my house when I looked out at my yard and saw 300 parents with their cocktails, looking at my yard, I was like, “Let me research this.” It was a $6.5 billion dollar industry, so I knew it was viable. There wasn’t a clear leader in the industry yet, which is absurd! Because if you think of any other multi-billion dollar industry, you can think of a leader. 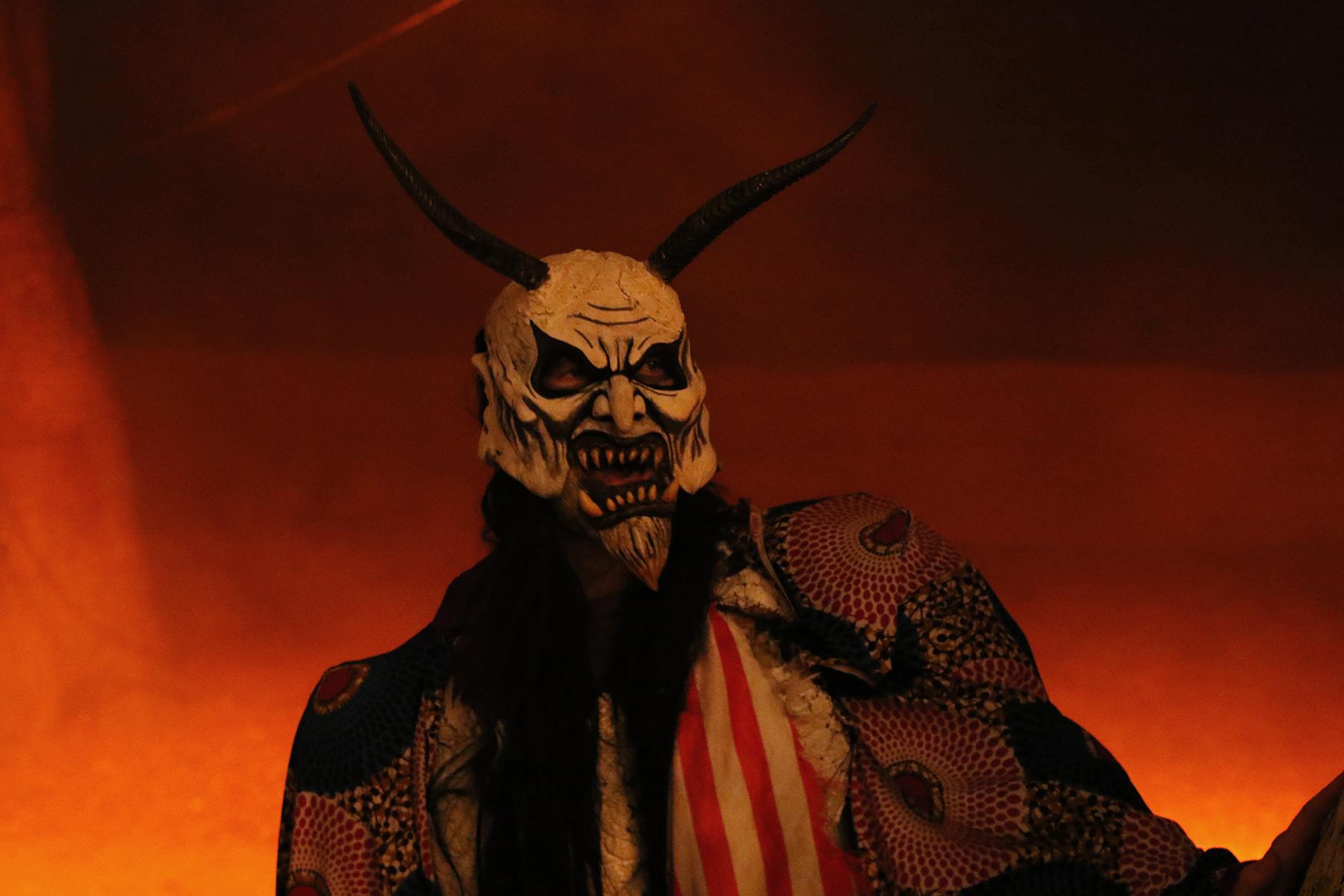 Fodor’s: What was even around back then?

MC: It was Horror Nights, Knott’s [Scary Farm], and the Queen Mary. That was it!

Fodor’s: I feel like no one in LA knows what a hayride even is.

MC: They don’t! A lot of people think I invented the hayride! For the first couple of years, people introduced me as “the inventor of the haunted hayride” and I was like no no no, I didn’t invent it! But they just kept saying that! So I was like, okay guys, sure, I invented hayrides. 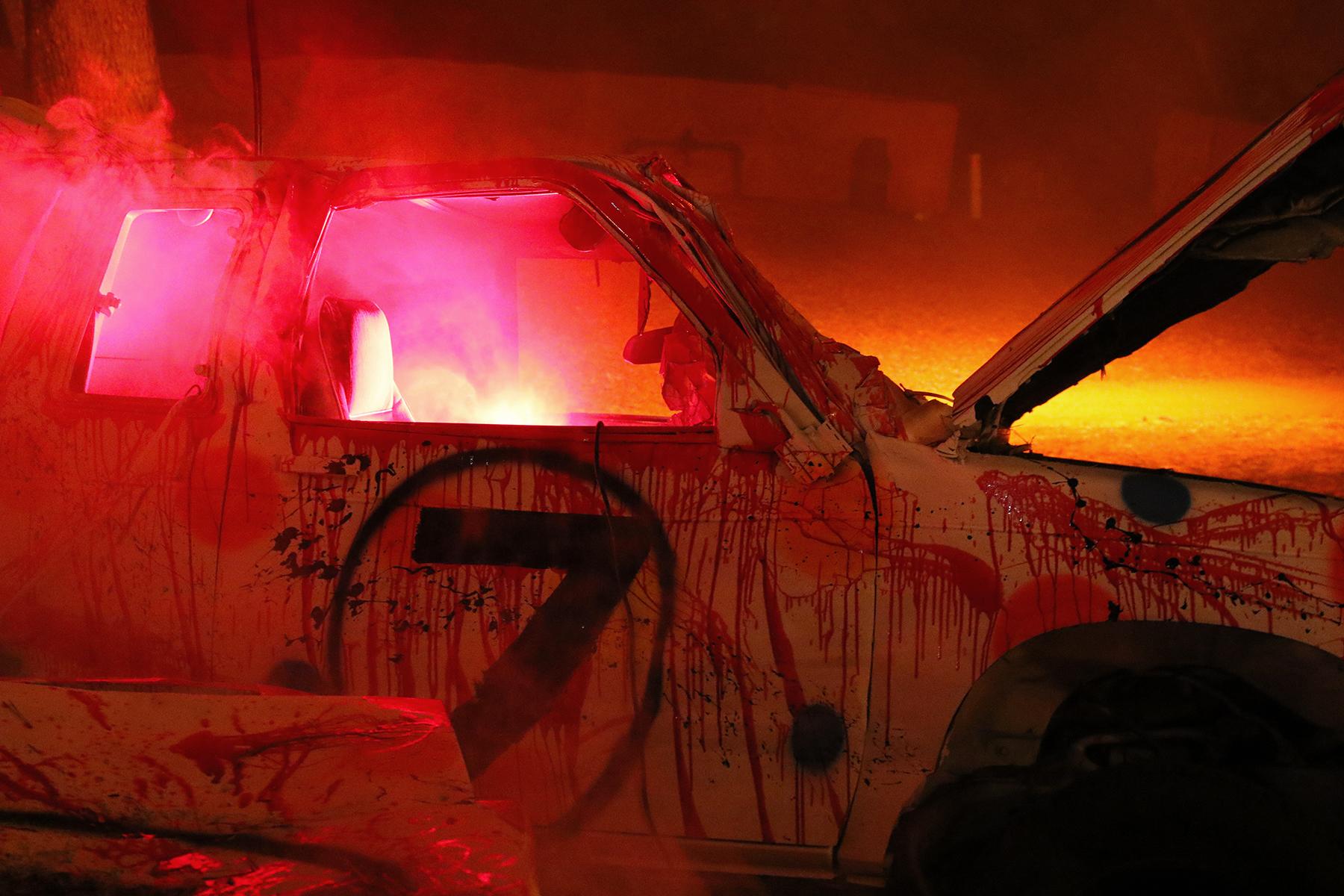 Fodor’s: How do you decide on the theme every year?

MC: The theme is typically a collaboration of our team. It’s different every year the way the ideas come to us. Our themes are typically us trying to figure out what we were captured by that year, what we’ve already done. Last year we did clowns because people had been asking us to bring back the clown finale for years, but we didn’t just want to bring back the finale–we instead did an entire hayride with all clowns. The inspiration comes from all different places. Obviously, this year is our 10-year anniversary so it was an easy plan for us to say, you know what, let’s bring back all the fan favorites from the past decade. 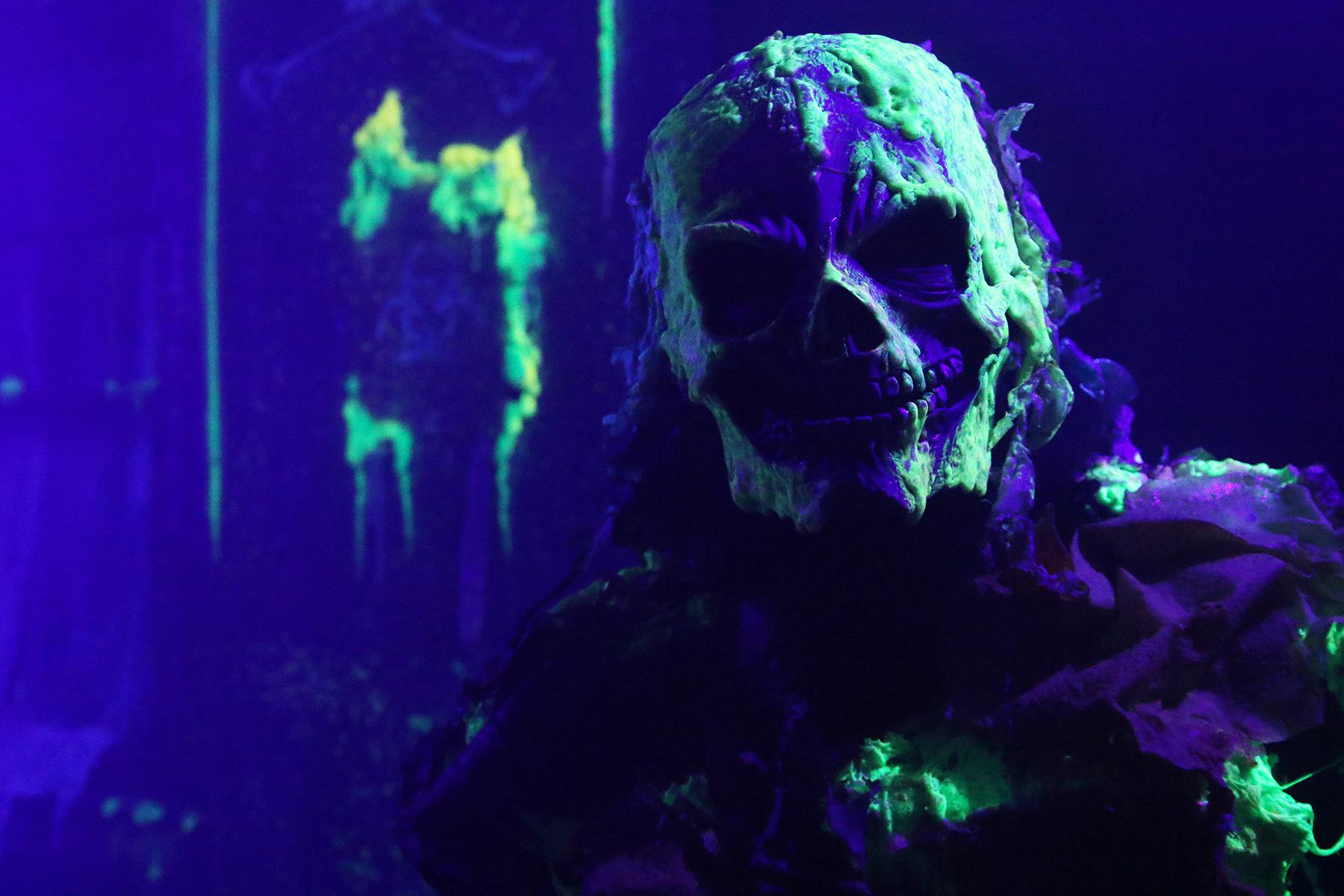 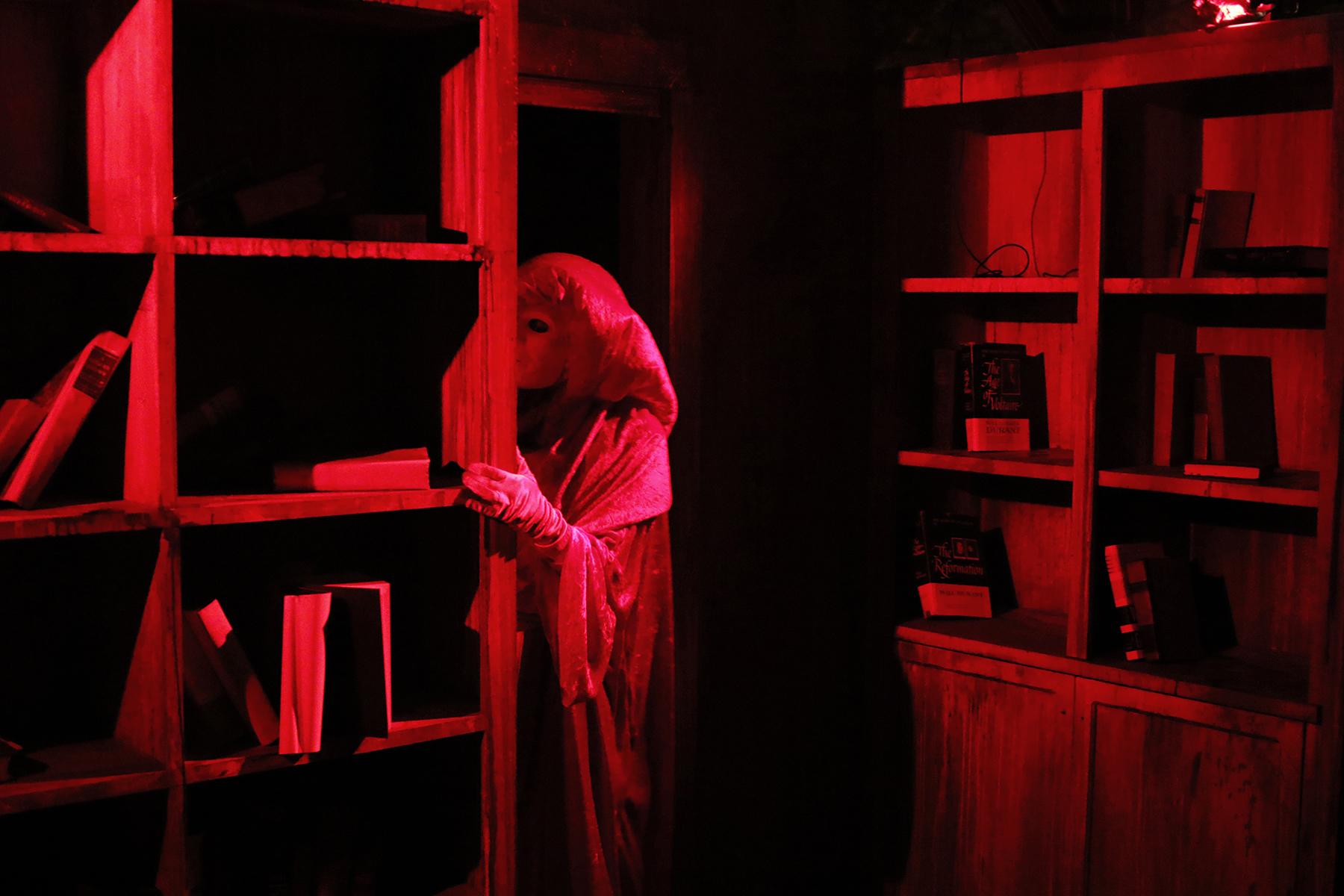 Fodor’s: So this year is ultimately a culmination of years past?

MC: It’s a culmination of everything, but with new twists. The House of Shadows has a new twist and is the most terrifying it’s ever been. The Hayride Trail is essentially a ride of nothing but finale scenes. Because it’s a decade of everyone’s favorites. Things are coming back from the past, but we’ve reimagined them a little bit.

Fodor’s: How important is location–the woodsy Griffith Park–in this equation?

MC: That was probably the most important factor for me–we already have giant amusement parks here, which I love, but we already have it. If you look at all of our creations, including the hayride, none of them existed in this market before. So for me, for Los Angeles, I really wanted that haunted hayride feel. I need woods! In Los Angeles, we eat, go to movies, shop, and that’s it! So I was like, I need to find some woods, at night, and annihilate people there. And I think people will love that. We [first] found woods in Calabasas and moved here after our second year, and with the fog and the lighting, I do feel like there’s this real visual fall feeling here. 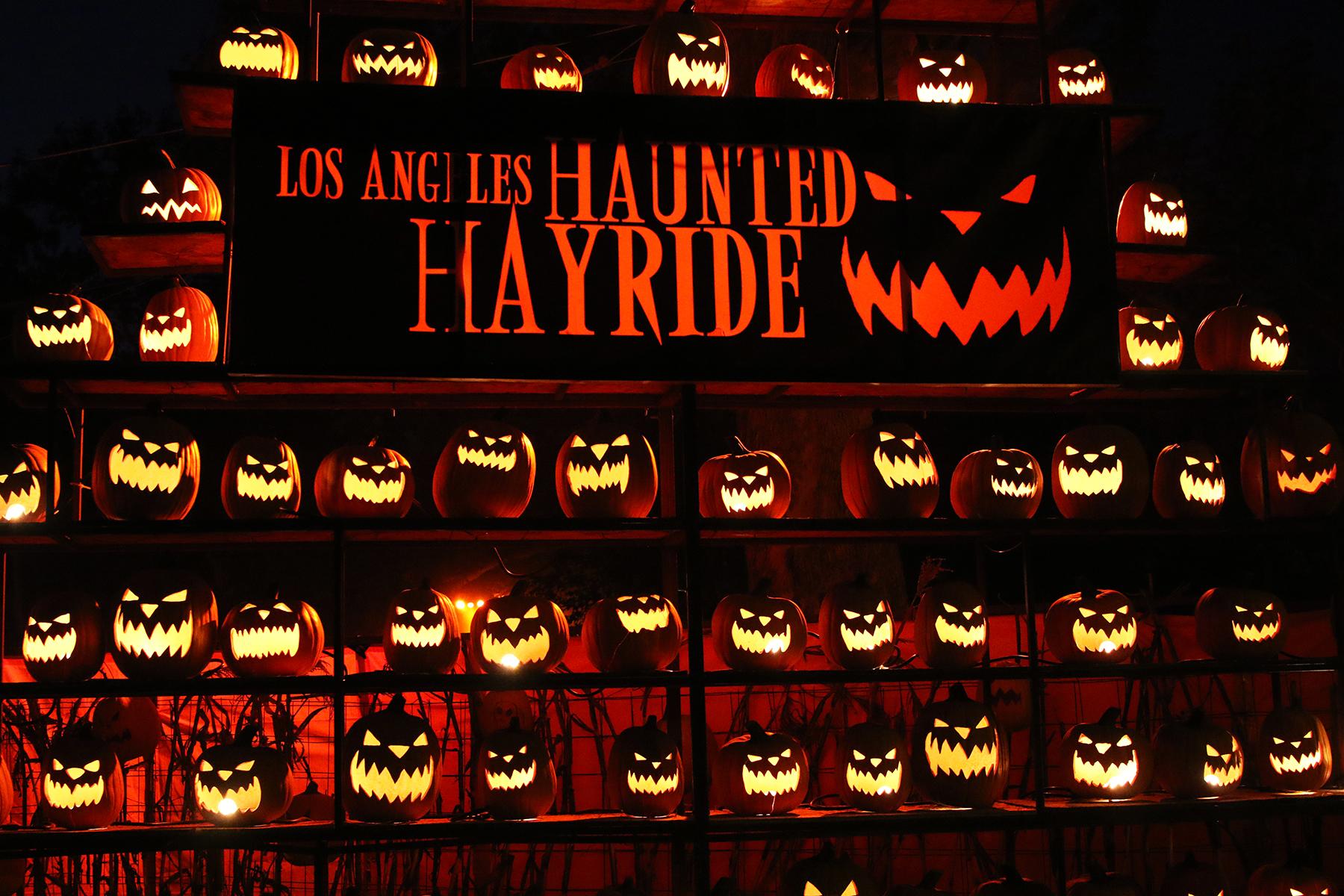 Fodor’s: Does LAHH get bigger than this? Is this going to expand?

Fodor’s: What are you most afraid of?

MC: Well, after 10 years, I call myself “un-scareable” now. So, it’s not anything here. What I’m most afraid has nothing to do with Halloween or horror. I think I’m most afraid of not doing what I want to do. I don’t want to be bored. I don’t want to have a life that’s unfulfilled or feels flat, which is probably why I build all of these crazy worlds for a living.

The Los Angeles Haunted Hayride runs Thursday-Sunday nights through Halloween. Tickets can be purchased on their website.