Is your city one of them?

Personal finance website WalletHub has released a list of 2021’s Most Fun Cities in America, and it’s going to ruffle some feathers. Many usual suspects are missing from the top 20 positions that were analyzed and cherry-picked after comparing more than 180 cities on three dimensions (Entertainment and Recreation, Nightlife and Parties, and Cost). Then 65 metrics like festivals per capita, restaurants per capita, most accessible bars, and lowest beer and movie costs, were used to score them. The list was skipped last year due to the pandemic, so we’re also weighing this year’s results to 2019.

Surprisingly, Los Angeles just missed to make it to the list—it’s on the 21st spot with an overall score of 46.25 (down from number 10 in 2019). The star-studded city has plentiful dance clubs, but it costs a lot to catch a movie here. You’d think that Nashville would make the cut, but it is further down at number 27. Philadelphia had the 20th spot in the previous survey, but the City of Brotherly Love is now 23. And Charleston, known for its bar-crawling downtown and bachelorette party scene, ranks 24. The poorest scorer–number 182–is Hawaii’s Pearl City, with the fewest restaurants per square foot population.

Don’t agree with the results? Tell us why your city is the best! 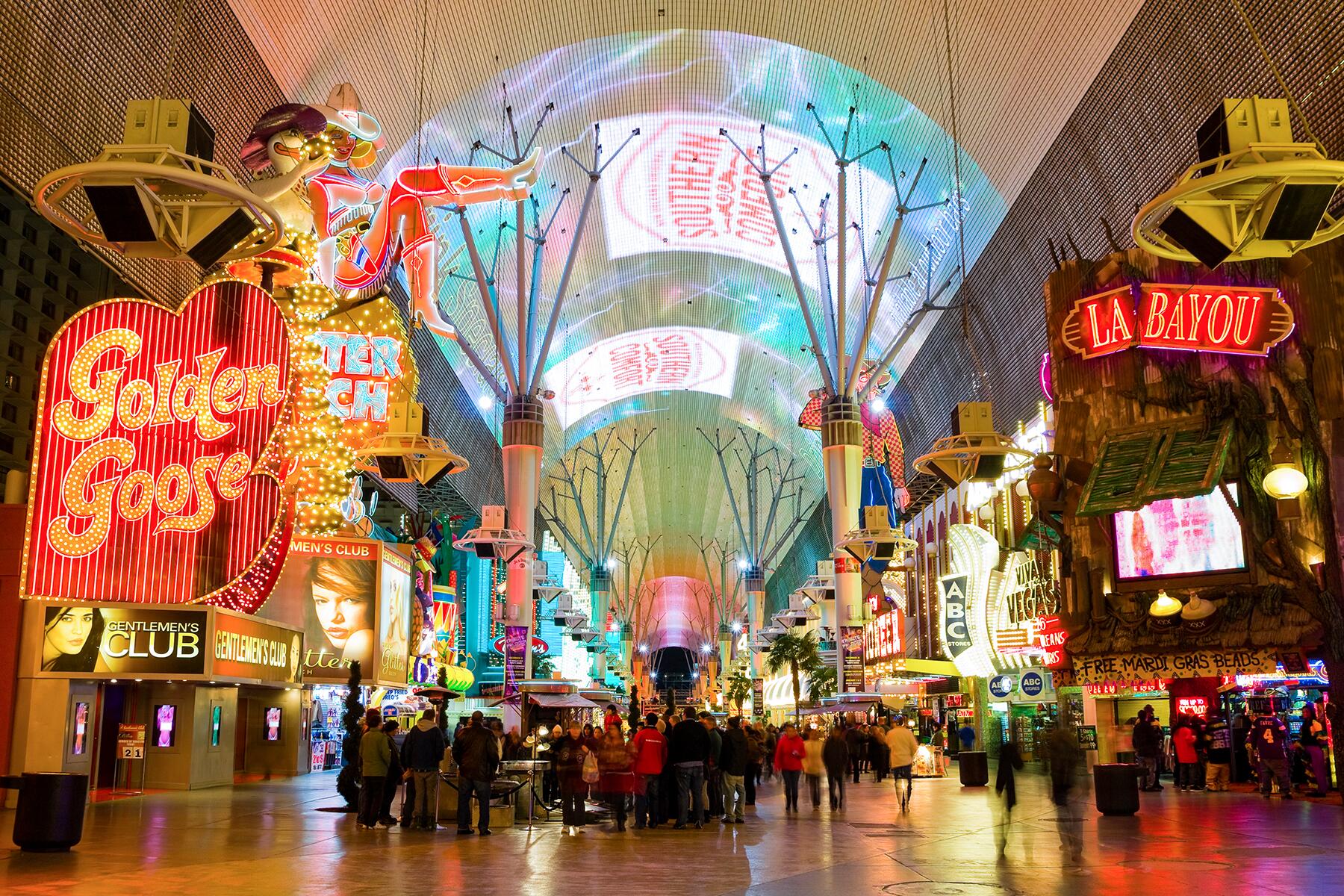 This shouldn’t surprise anyone. It bagged the crown in 2019 as well and it retains its title as the most fun city in the U.S.

It’s the top scorer in Nightlife and Parties. Party central Las Vegas scores high on metrics including most festivals per capita, most restaurants per capita, and most dance clubs per capita. The city sure knows how to pump revelers with energy with its high stake tables, indulgent dining, unmissable entertainment, and thriving nightclubs and bars.

Want to see it for yourself? Plan your trip using this guide and go all out. 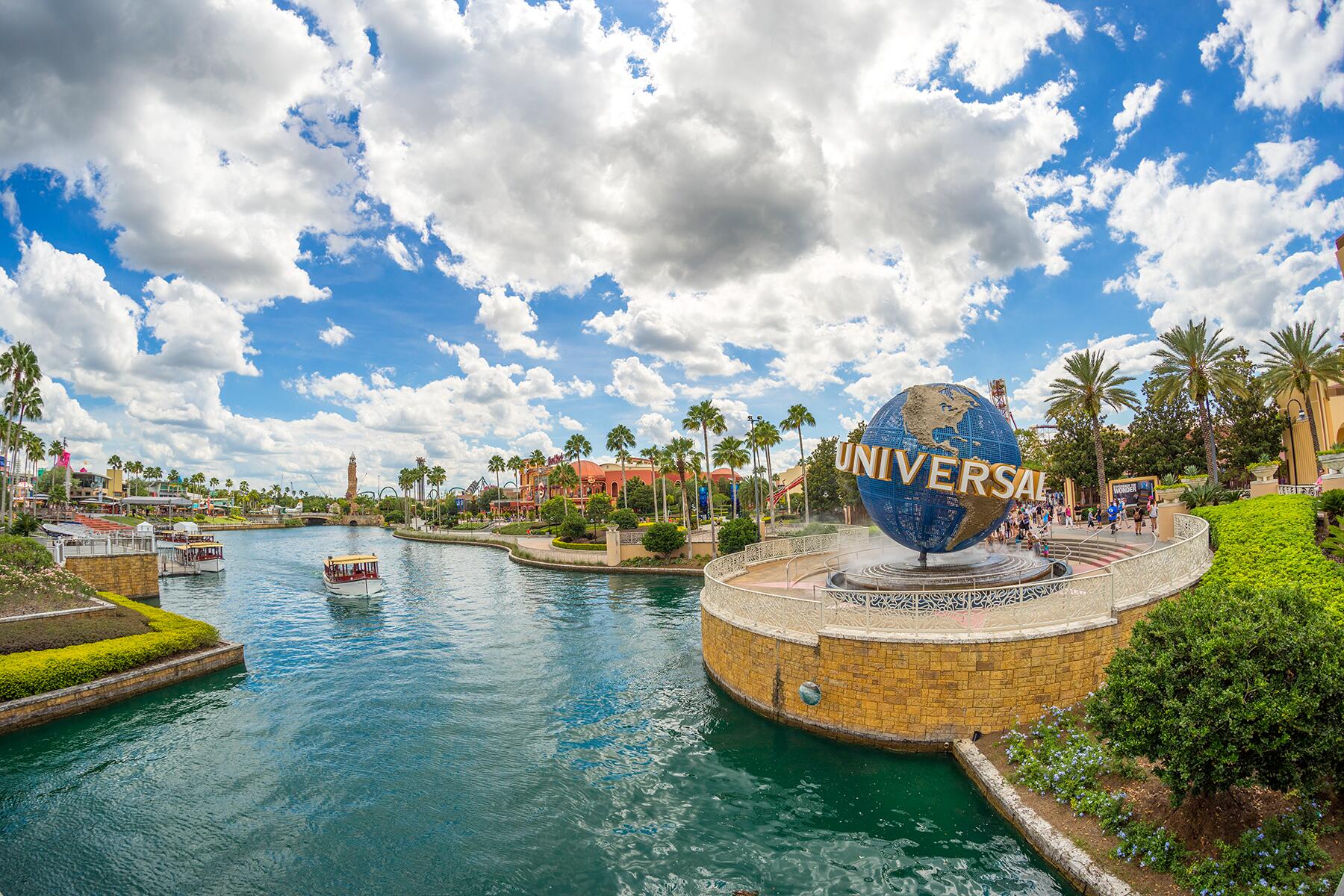 Another repeat from 2019 is Orlando. The second most fun city in the U.S. has low costs and ranks second in Entertainment and Recreation as well as Nightlife and Parties. It also has the most restaurants (per square foot of the population).

The theme parks that are synonymous with Orlando are a big part of its wide appeal. From luxury hotels to budget-friendly properties, the city gives you a chance to really be happy without sweating it out about costs. And once you’re done with Mickey Mouse and Harry Potter, you can turn your attention to the Orlando Science Center, Wekiwa Springs State Park, and Mennello Museum of American Folk Art. 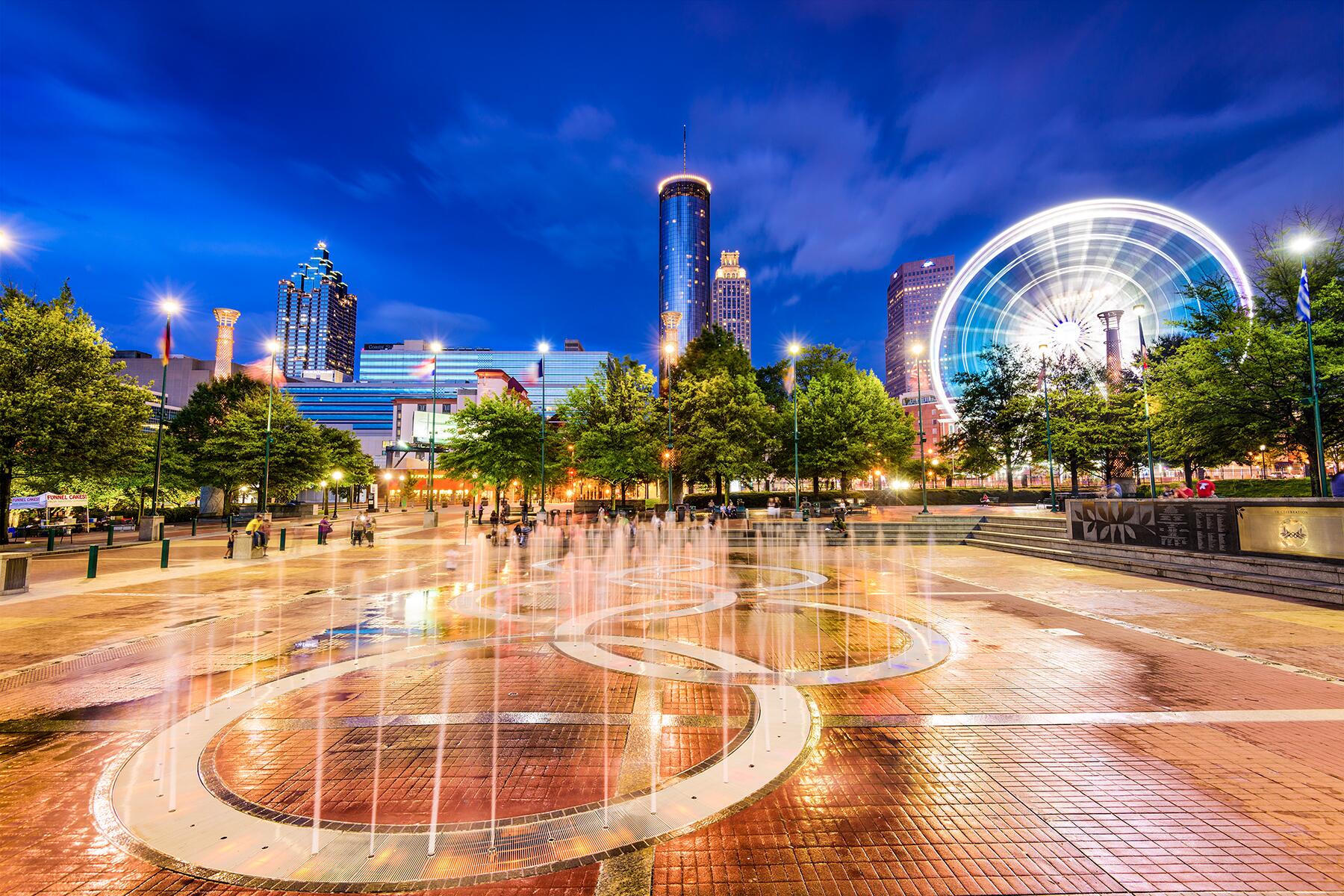 Atlanta, which was number 6 in 2019, has climbed up to take the third position this time! Whether or not you love The Real Housewives of Atlanta, you’ll love the southern charm of this city, along with its thriving food culture. Visit the birth home of Martin Luther King Jr., watch a performance at the Atlanta Symphony Orchestra, and visit the Center for Civil and Human Rights. Atlanta has a multi-faceted personality and you can have lots of fun peeling back its layers. 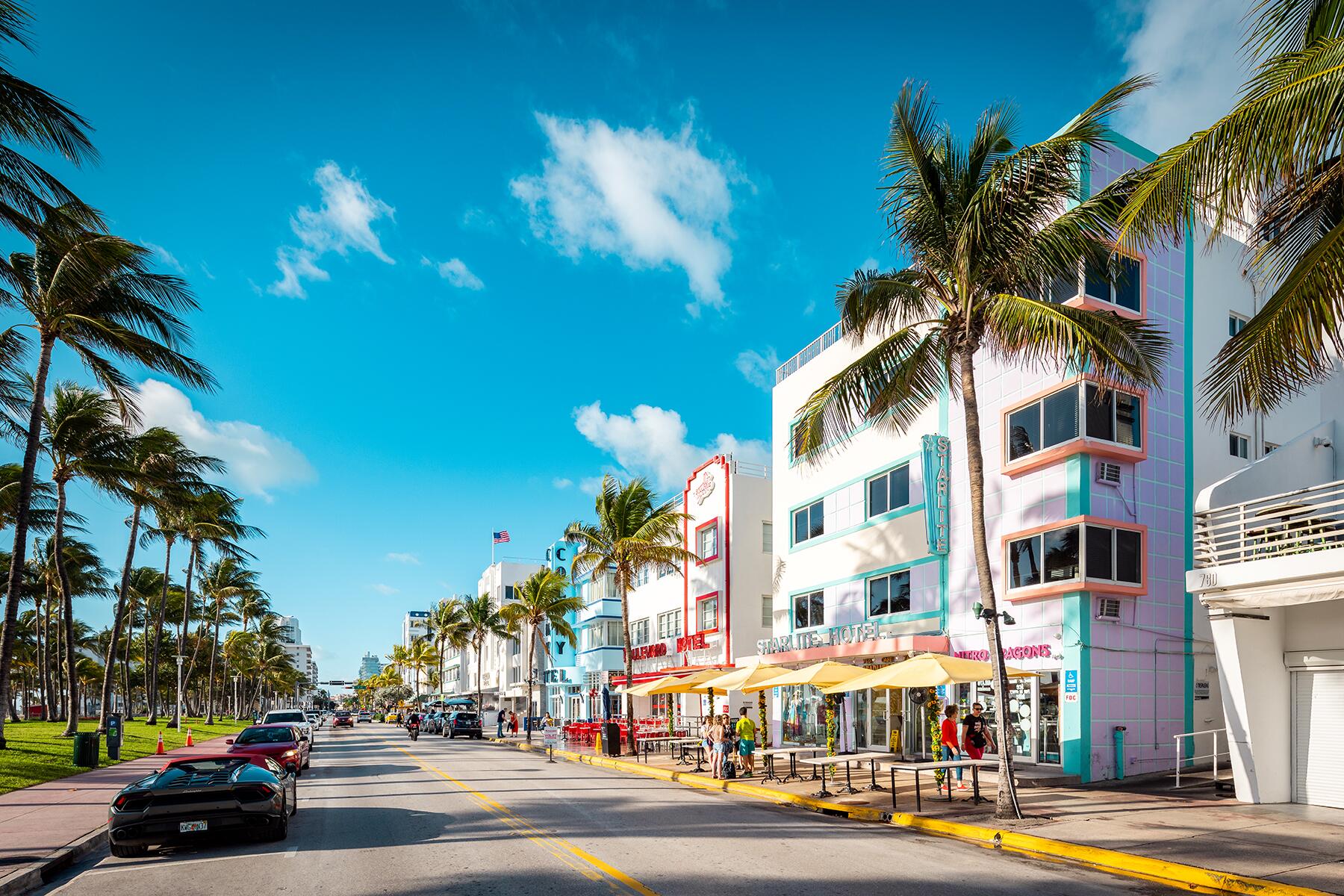 Miami retains its number 4 position on the list and ties up with Orlando, Chicago, San Francisco, and Las Vegas on most restaurants per capita criterion. The fourth fun city is trendy, hip, and fashionable, with stunning beaches, pulsating nightlife, international cuisines, and diverse cultural attractions.

If you want to make the best of your trip to its glamorous city, we know how to play the tunes of Miami on a budget. 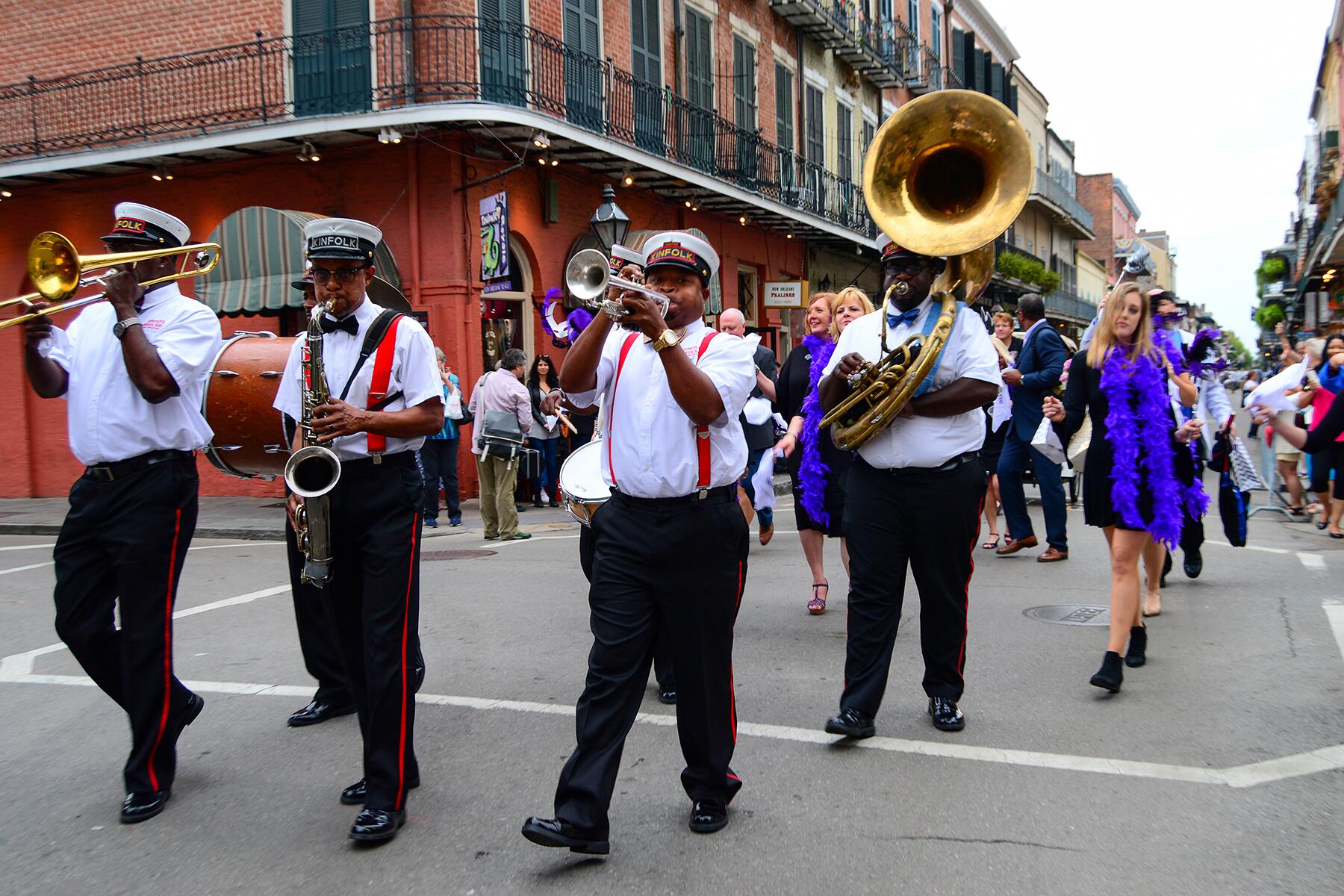 There are more than 130 festivals that happen in New Orleans every year. Mardi Gras alone brings in 1.4 million visitors, but there are others including the Jazz and Heritage Festival, French Quarter Festival, Art for Art’s Sake, Southern Decadence, and the French Market Creole Tomato Festival. The city’s culture is a gift from African Americans, French, Creoles, the Latinx community, Spaniards, Jews, and Germans (and other communities), and it celebrates the decadent mix with a passion. 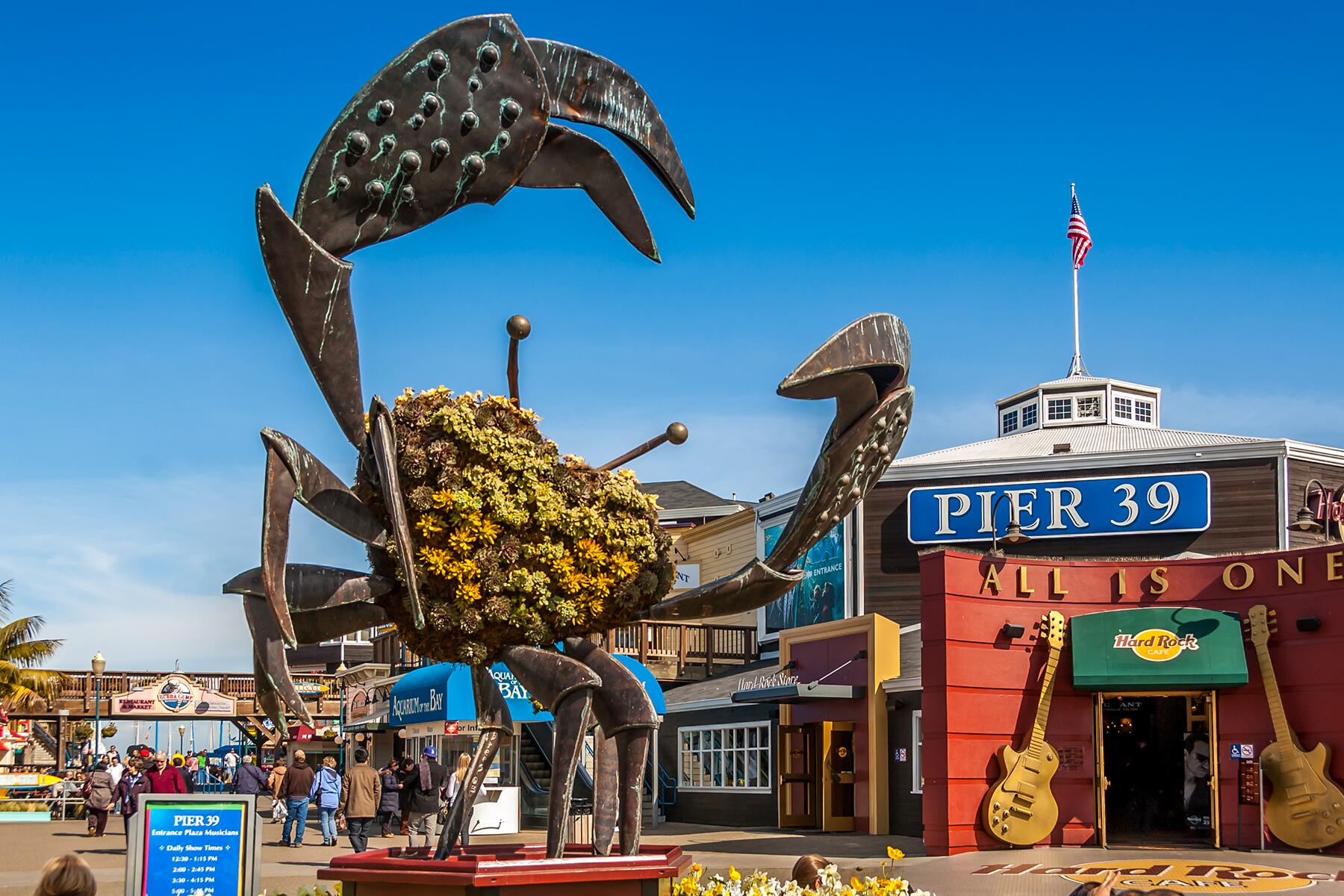 The gorgeous bay, lovely hikes, interesting architecture, and top-class dining are all in the favor of the sixth most fun city in the U.S. The seat of tech giants, San Francisco has nature on its side—it has the highest share of the population with walkable park access. In addition, it also scores well on dance clubs per capita, restaurants per capita, and festivals per capita. 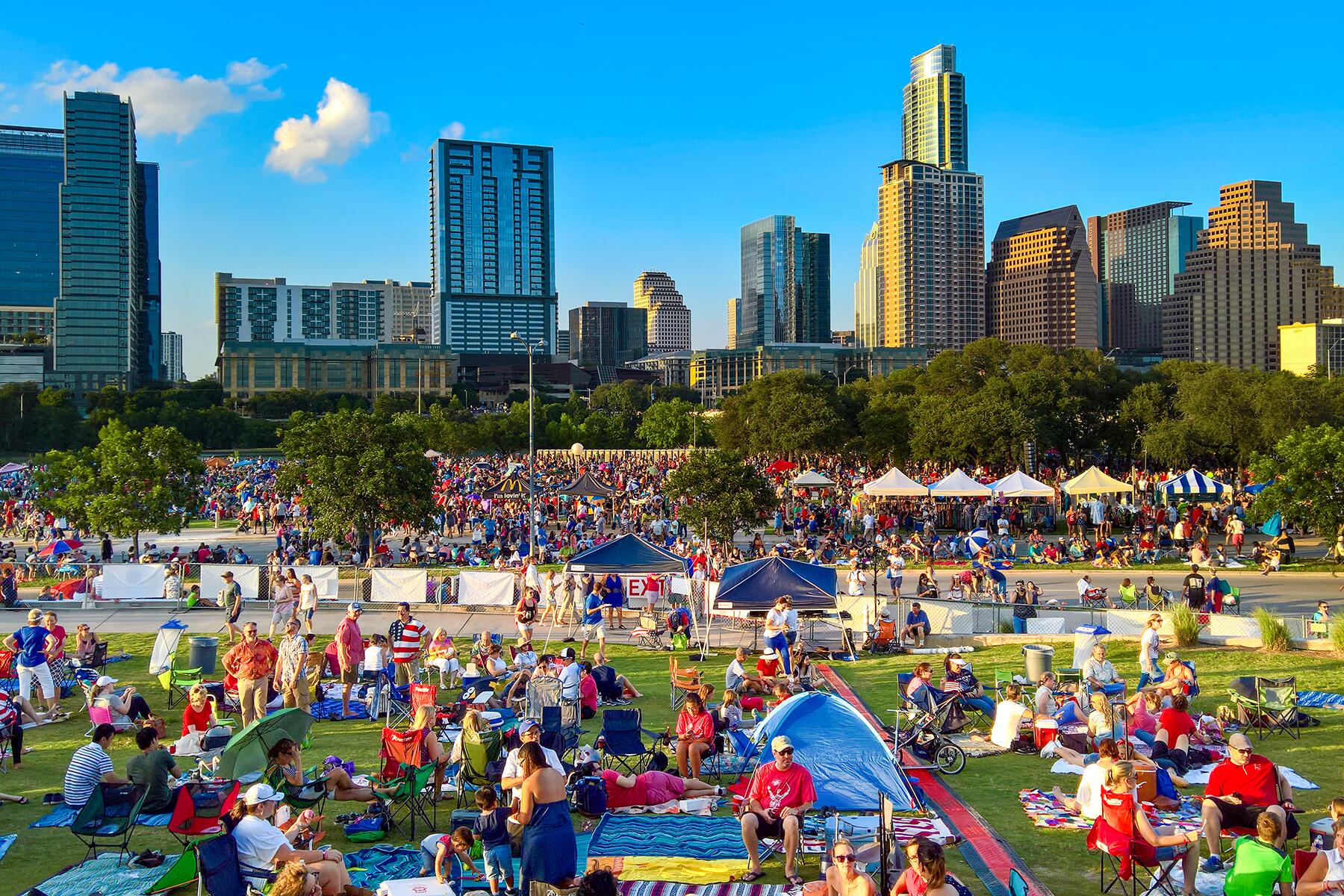 The college town of Austin has seen exponential growth in the last couple of years. It is one of the top destinations for live music with over 250 venues! You’ll love the art, the nightlife, the food, and the friendly vibe here. It’s number seven on this list, which is an improvement from 2019, and it’s likely it’ll walk higher if it continues to amp up its nightlife. 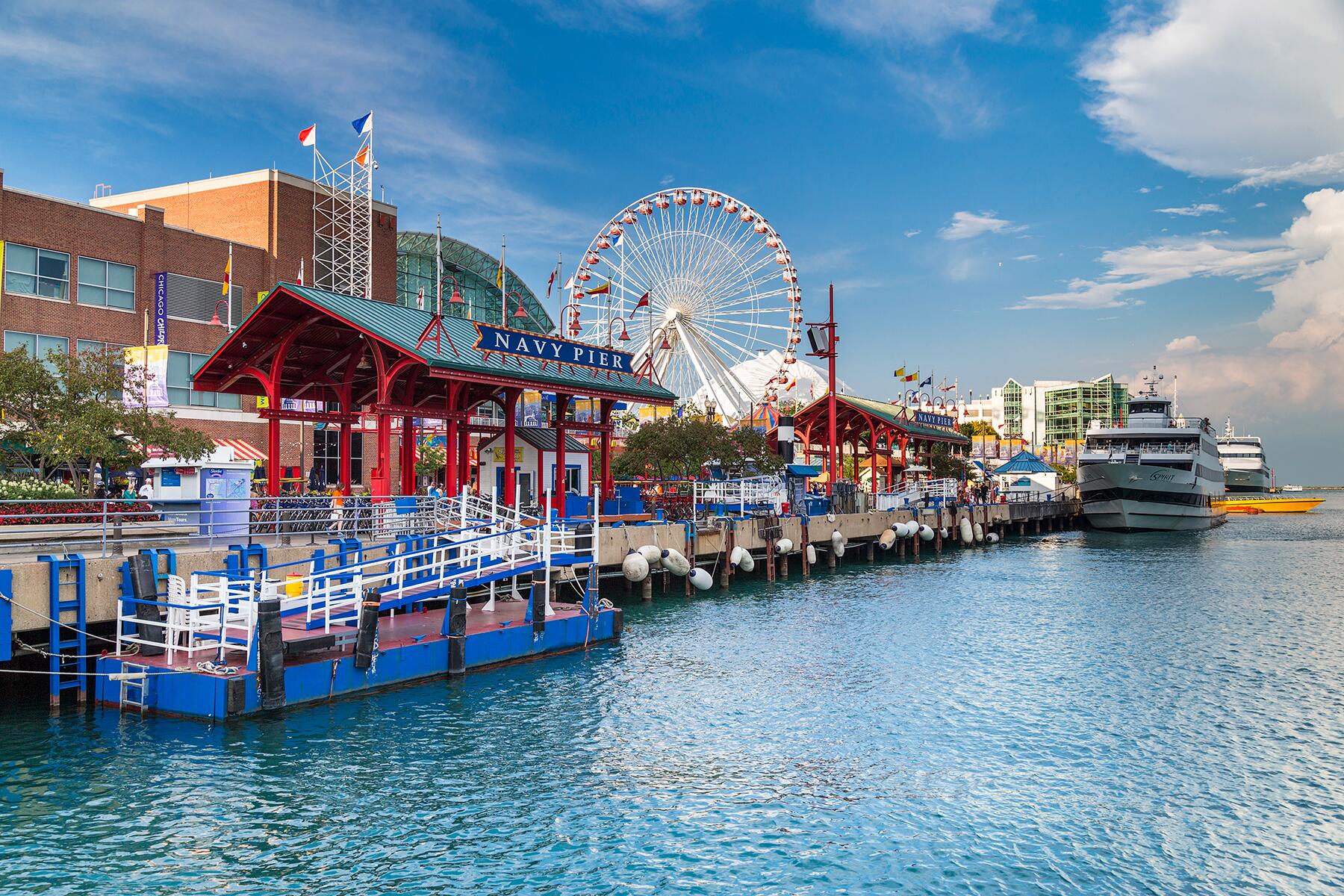 With the most restaurants per capita and most park playgrounds per capita, Chicago claims the eighth spot on the list. It scores high on entertainment and nightlife, which is to be expected, right? The city is big on sports, architecture, shopping, museums, dining, and music. Plus, there’s deep-dish pizza, blues, Lake Michigan, and Frank Lloyd Wright. 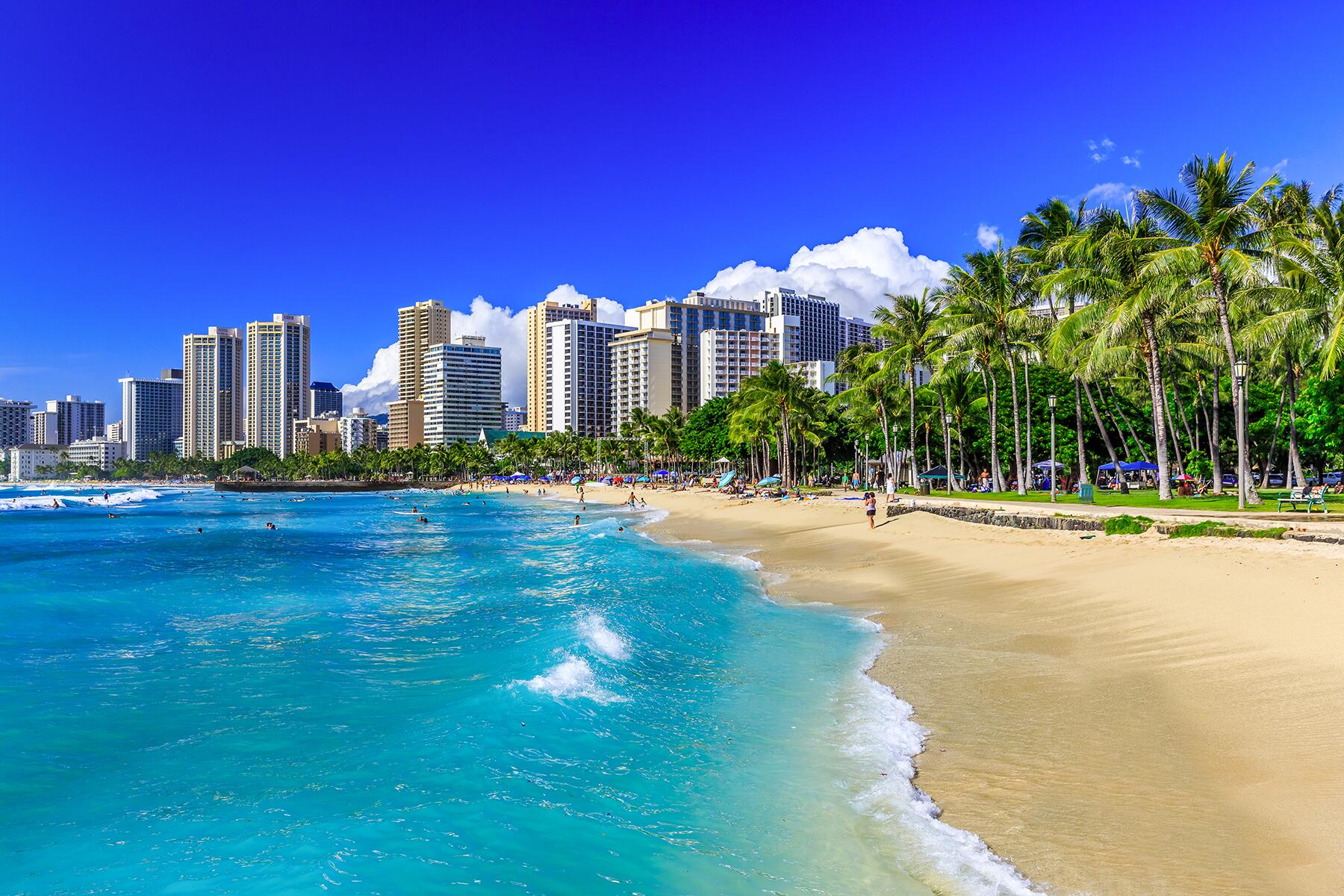 Honolulu has the top spot when it comes to Entertainment and Recreation. It has the most acres of parkland per capita and most festivals per capita, all of which have added up to make it the ninth most fun city in the U.S. The food and nightlife hub of Waikiki, the open-air shopping center of Ala Moana, the iconic Diamond Head, and the long stretch of beaches (Kahala, Hanauma Bay Nature Preserve, and Sandy Beach Park) are some of the best tropical attractions. 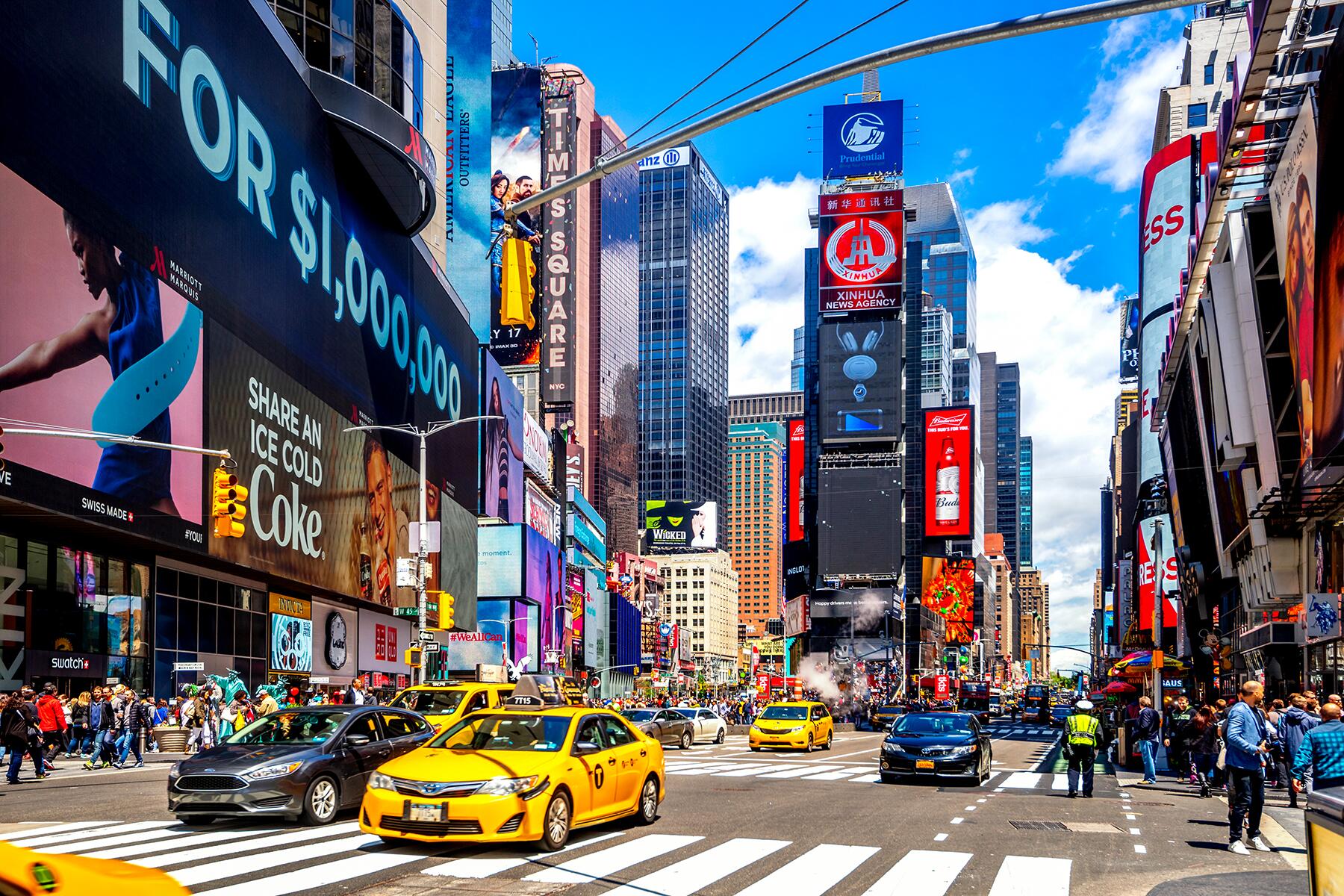 The concrete jungle where dreams are made of has slipped from three to a modest 10. It’s definitely a lot of fun to be in New York—the rooftop bars, the Broadway musicals, the trendy restaurants and cafes, the adventurous subway, and the world-class museums deserve to be rewarded. What’s interesting is that New York has the most playgrounds (per square foot of population) and has high rankings when it comes to nightlife and entertainment, but it’s the most expensive city on the list (with a very high average cost of beer). Dreams come at a price, huh? 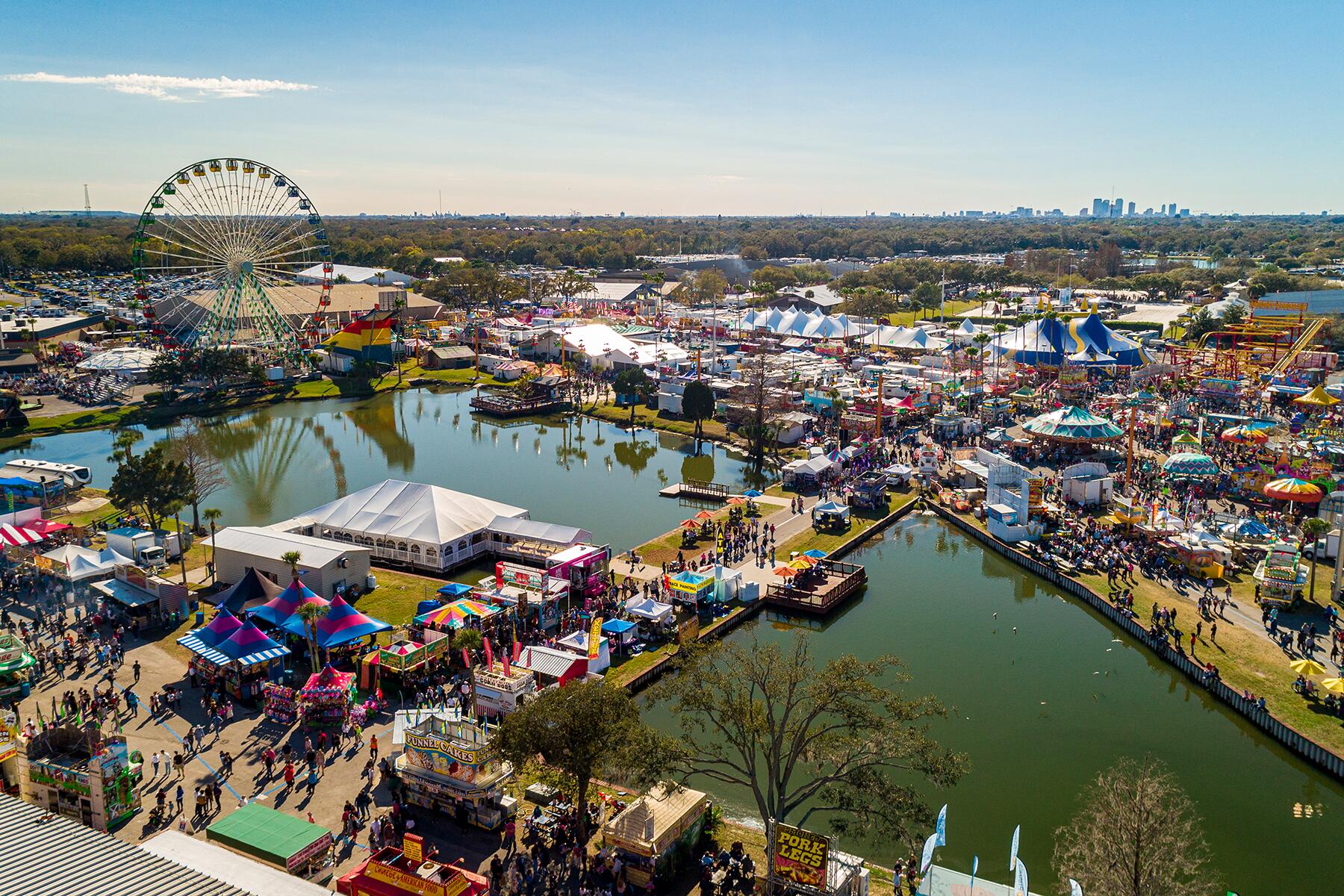 Another city in Florida features in the Most Fun Cities in the U.S. list! Tampa also tops most the festivals per capita metric, thanks to its full calendar of food, culture, and fun events. Fly down here and you’ll get to explore the Spanish-Cuban neighborhood Ybor City, spend a day at the Busch Gardens theme park, bike along the Tampa Riverwalk, and visit the Big Cat Rescue sanctuary. 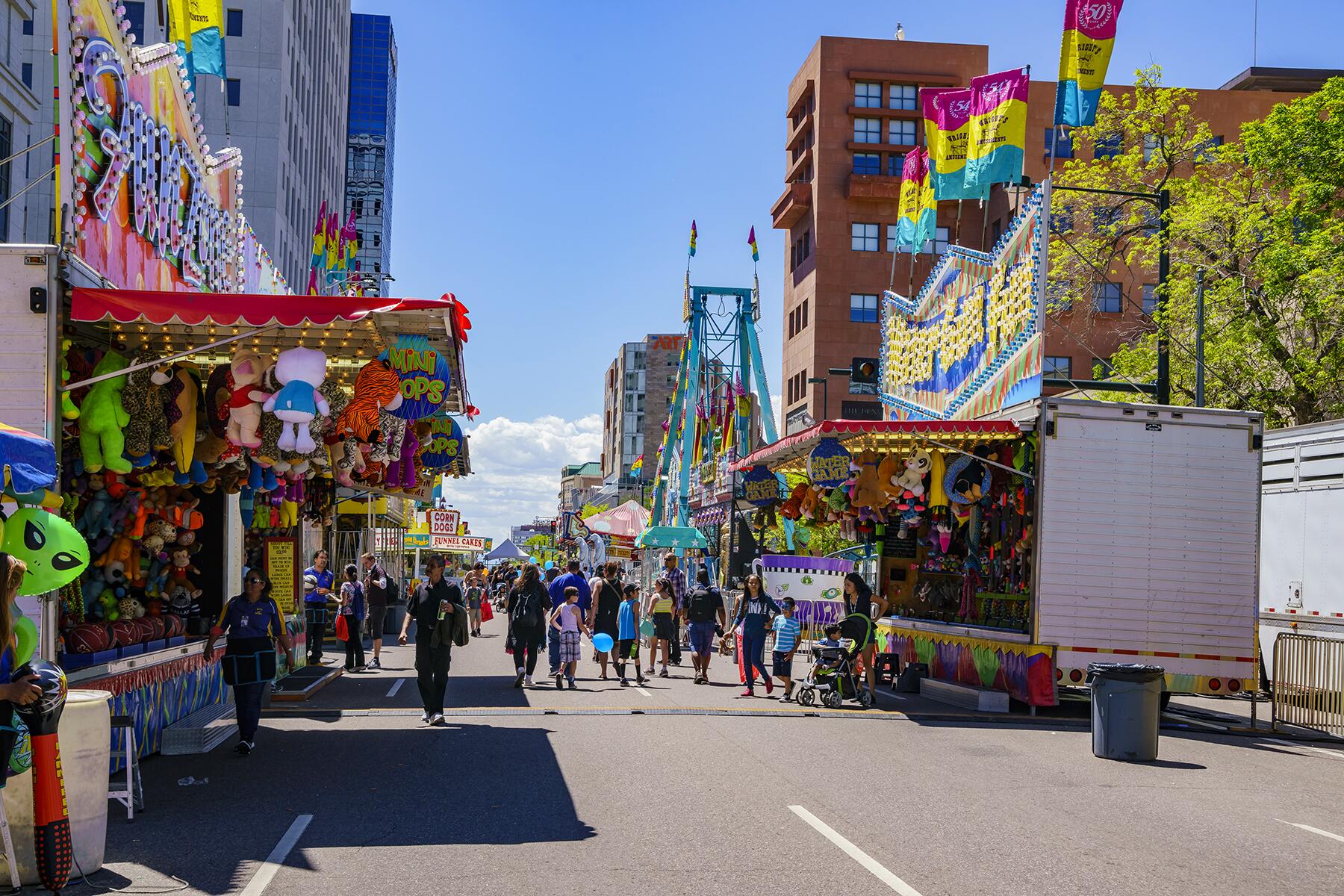 Colorado’s capital has a lot going on for it. The Mile High City is the first point of contact when planning a hike to the Rocky Mountains. It has an appreciation for nature and the outdoors, but there’s nothing rustic about it—it’s an urban city with sports fans, beer lovers, art aficionados, and gourmands.

If you’re heading to this fun city, check out our curated guide to help you uncover all its exciting attractions 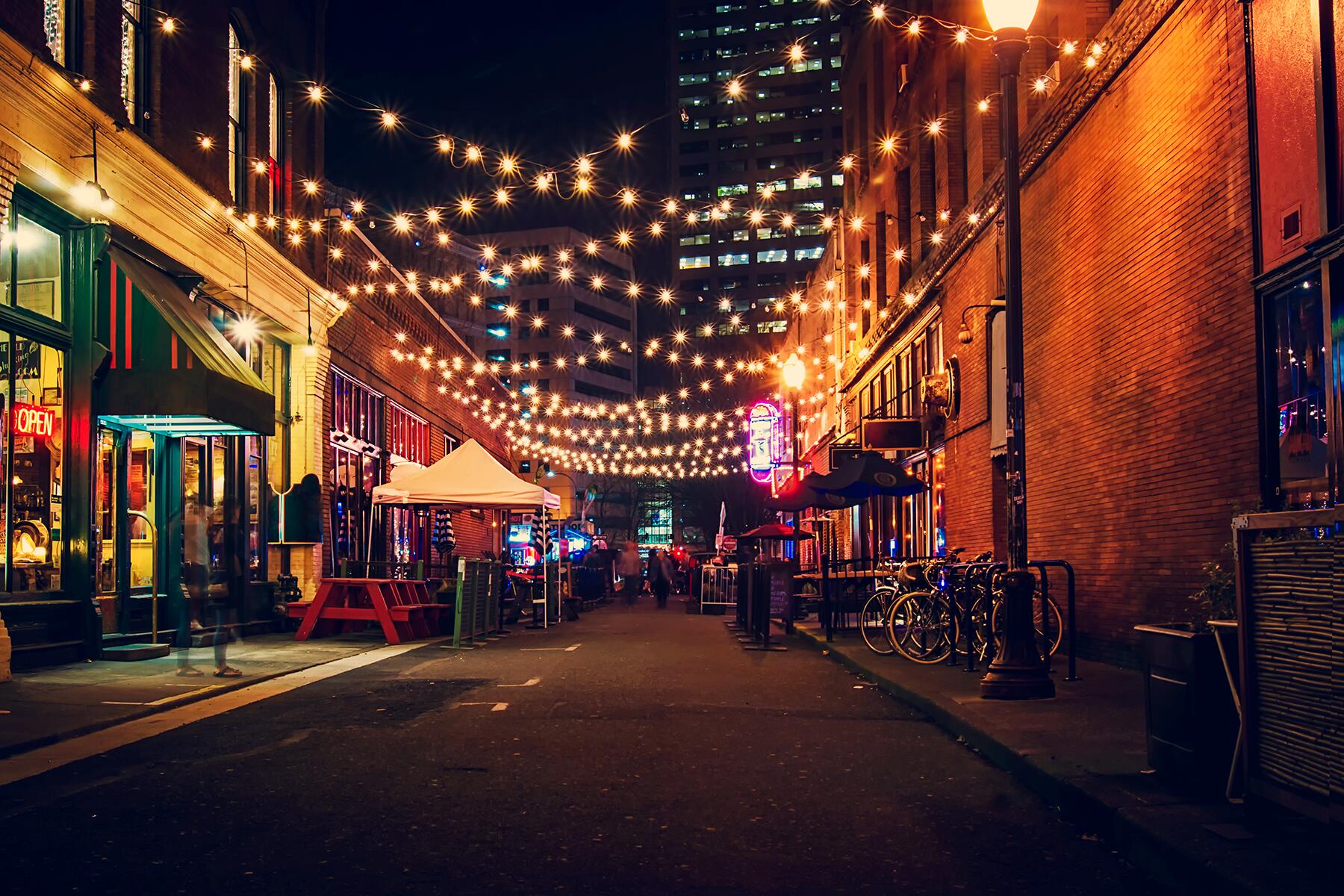 The cost of an average beer may be high in Portland, but it’s a city that treats locals and tourists with its parks, festivals, art, culture, museums, and galleries. Eat at the city’s hottest restaurants, patronize local-approved coffeehouses and breweries, introduce yourself to Native American art at the Portland Art Museum, and read a book in one of its many, many parks (International Rose Test Garden and Lan Su Chinese Garden are great choices). The Saturday Market, Powell’s City of Books, and Oregon Brewers Festival should also be on your wishlist, and you should definitely check out the calendar of events before planning your trip. 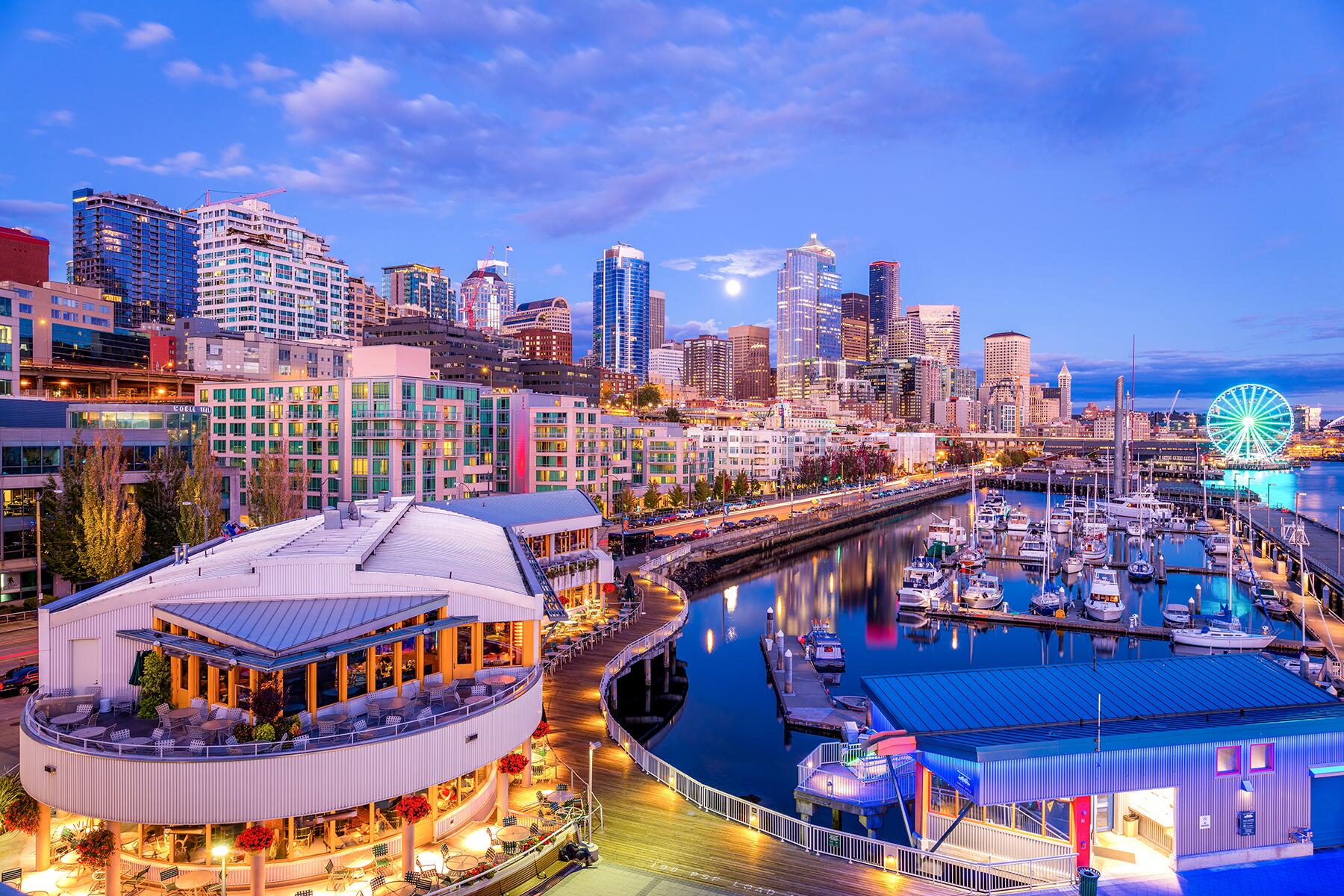 From the 17th spot in 2019, it’s number 14 for Seattle this year. Tom Hanks will agree that it’s a fun city, with lots of entertainment, nightlife, food, and culture. Nature reigns supreme in Seattle, home to massive parks, rolling mountains, and spectacular waterfronts. You have dynamic chefs plating up interesting dishes, excellent cafes outshining homegrown Starbucks, and the 20th-century farmer’s market, Pike Place Market. 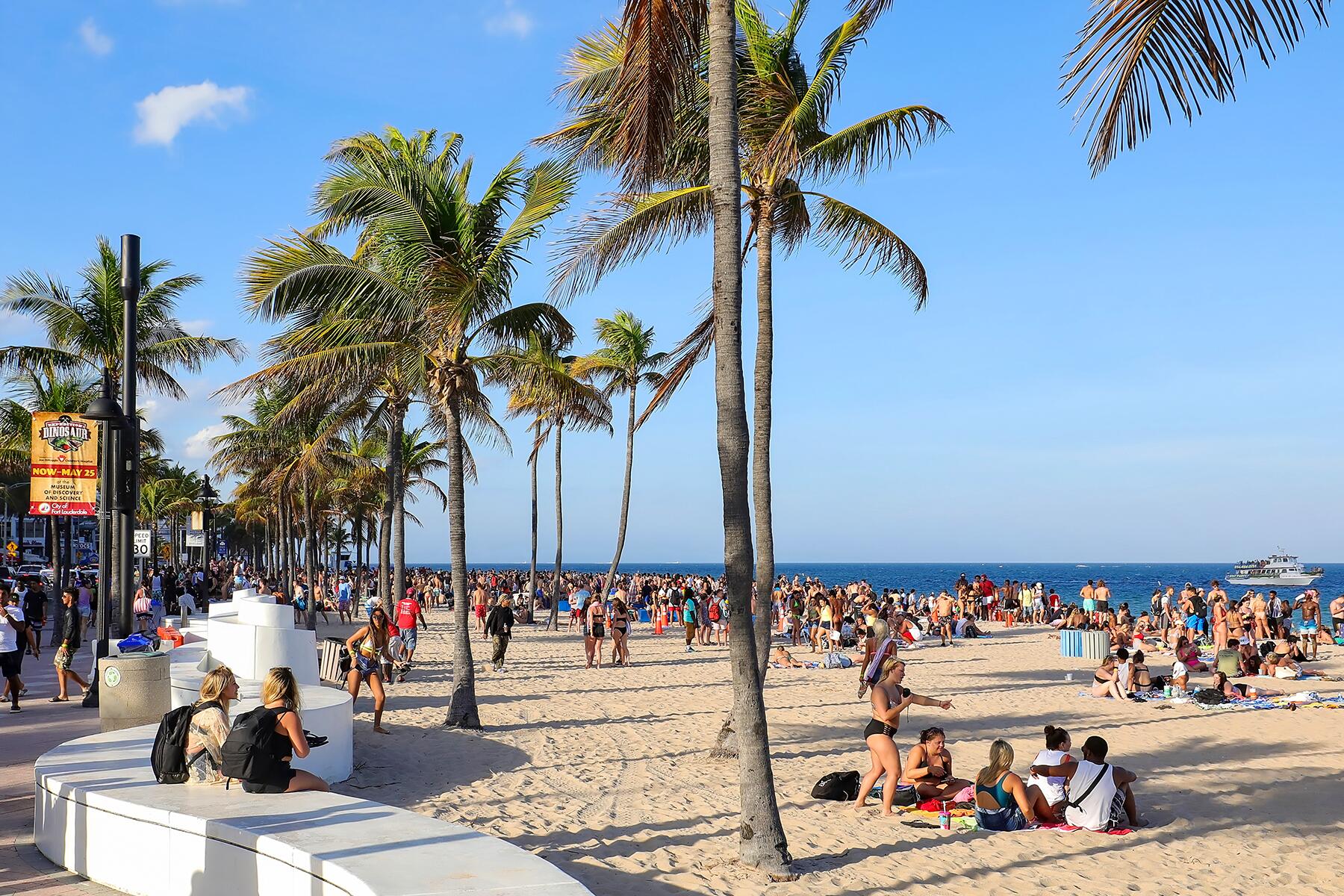 Does it seem like Florida is having too much fun? Fort Lauderdale ranks first in most fitness centers per capita and most accessible bars. The city had made a leap from spot 24 to 15 this year. It is home to white-sand beaches and boating canals, waterfront resorts, upscale boutiques and restaurants, and historic bungalows. 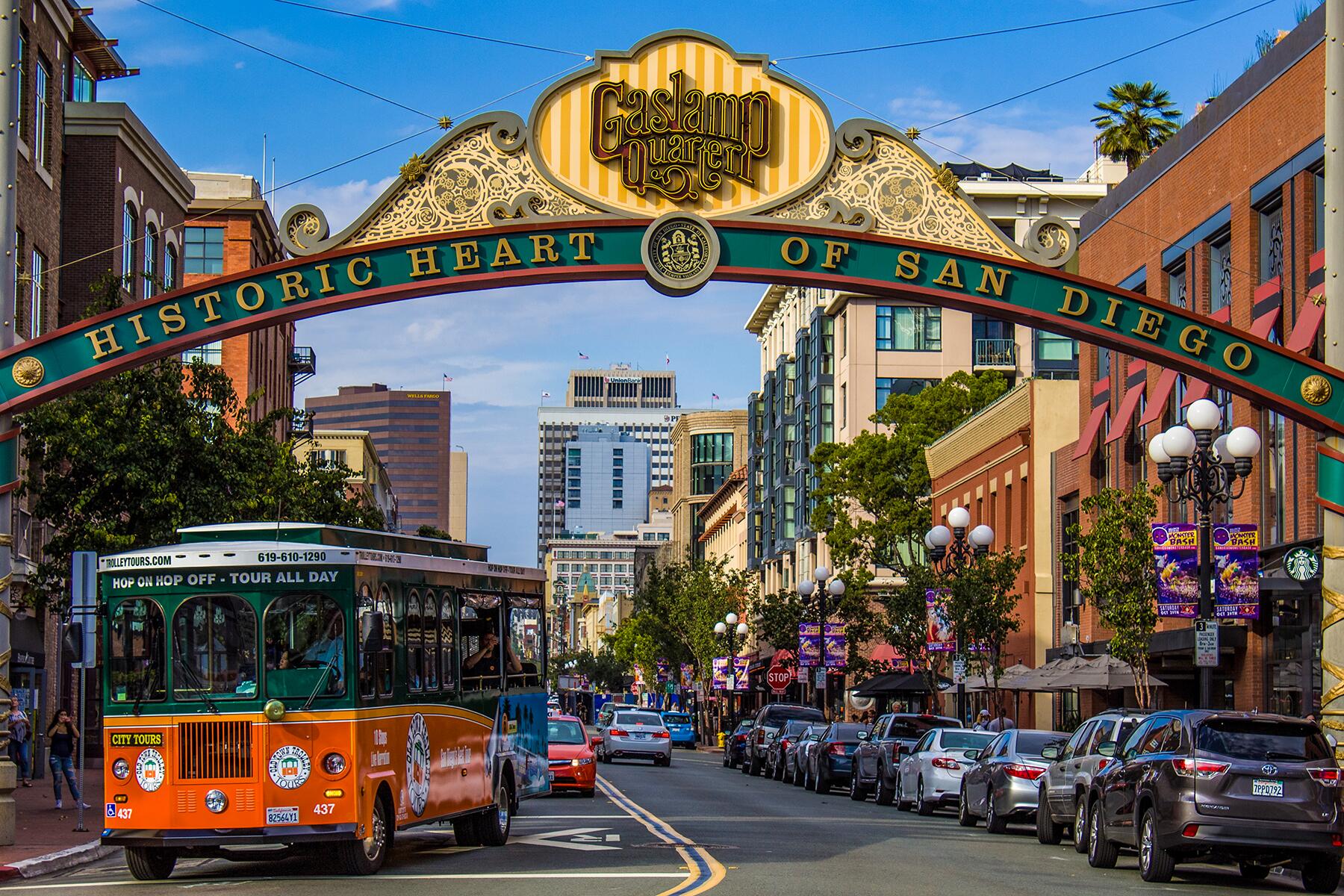 This Californian city has had a downfall—from number 9 to 16. It scores very high on Entertainment and Recreation, but it’s an expensive city. Nonetheless, it’s a tourist favorite and welcomed more than 35 million people in 2019 (the numbers have since dropped due to the pandemic). The climate is mild, the beaches are picturesque, and the city is dog-friendly. Plan your visit around the San Diego County Fair, see rare animals at the San Diego Zoo, watch seals in La Jolla, and explore the Balboa Park, a grand home to museums, gardens, and restaurants. 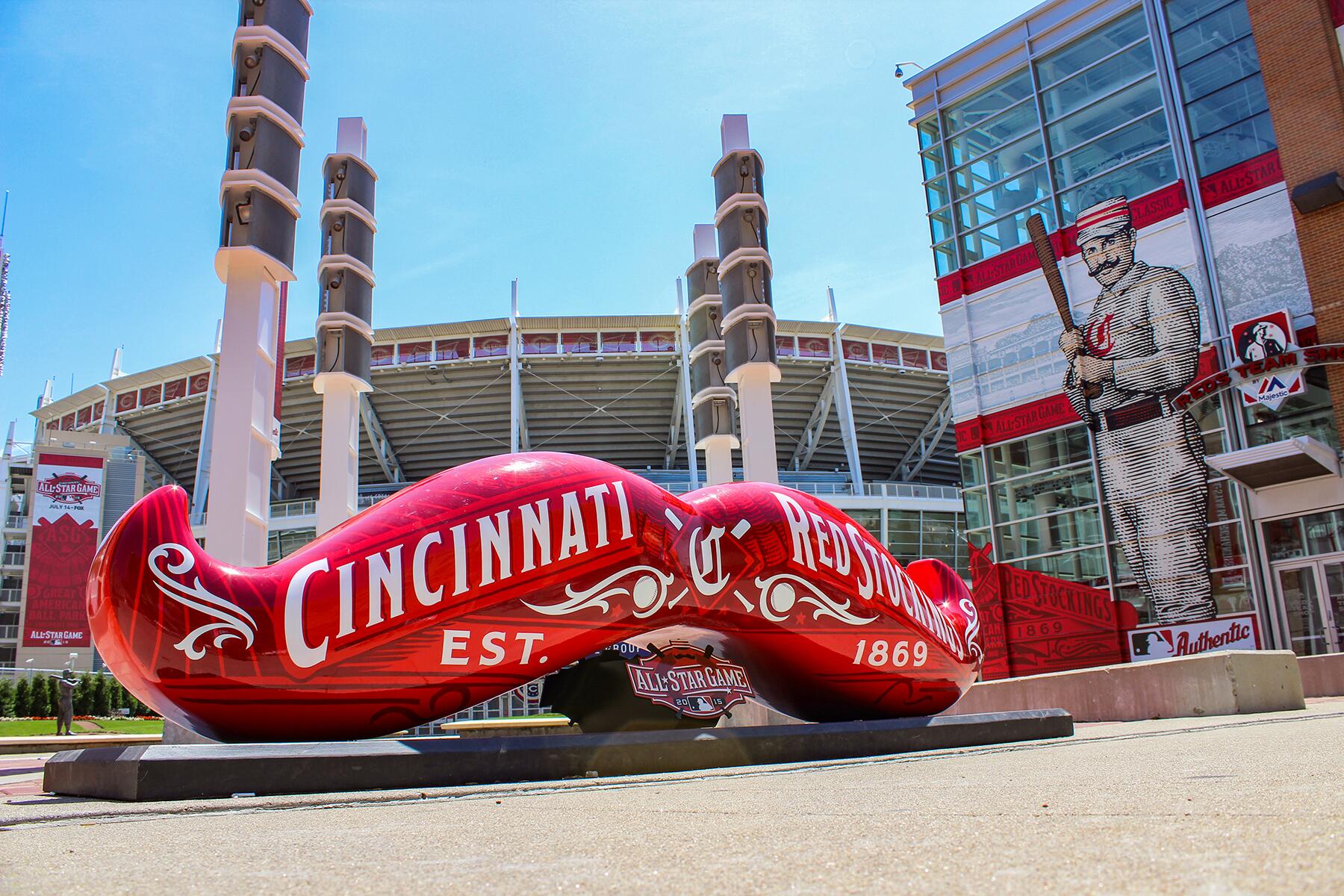 On the fun scale, Cincinnati is number 17 in the U.S. with a seal of approval for its entertainment and recreational options. Home to one of the most popular zoos in the country, Cincinnati also has a collection of museums that make an appearance on most itineraries. The historic Over-the-Rhine neighborhood has the Findlay Market—an old institution with food, music, produce, and pop-ups—and Washington Park that plays host to a number of events and festivals.

A weekend getaway to Cincinnati is incomplete without a visit to the Weston Art Gallery, Cincinnati Nature Center, and the Underground Railroad Freedom Center, and a sightseeing cruise on River Ohio. No wonder it made it onto our Go List this year. 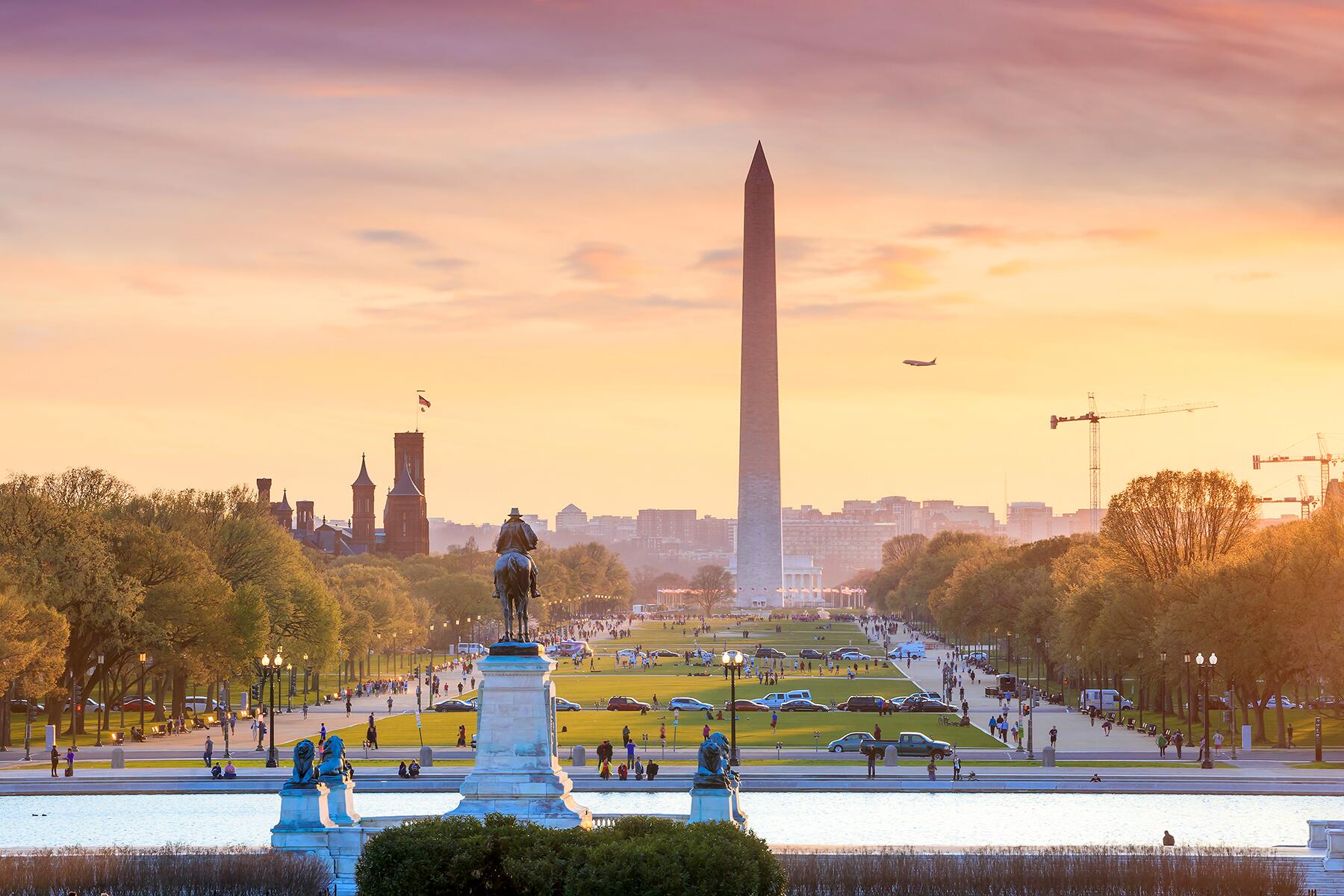 Washington is costly, yes, but it has a range of free attractions that should make it to any list, including this one. Museums have a reputation of being boring, but in the capital city, they breathe life into every experience. The Smithsonian Institute, with its 17 free museums, galleries, and zoos, offers an insight into the history and culture of America and the world. You’ll of course want more slices of history with the Washington Monument, the U.S. Capitol, the Supreme Court, Lincoln Memorial, and the Library of Congress. And, of course, the White House. There are also other attractions that first-time and frequent travelers love: Tidal Basin, the Kennedy Center, Cady’s Alley, La Cosecha, and Union Market.

Need more suggestions? Check out the ultimate things to do in Washington, D.C. 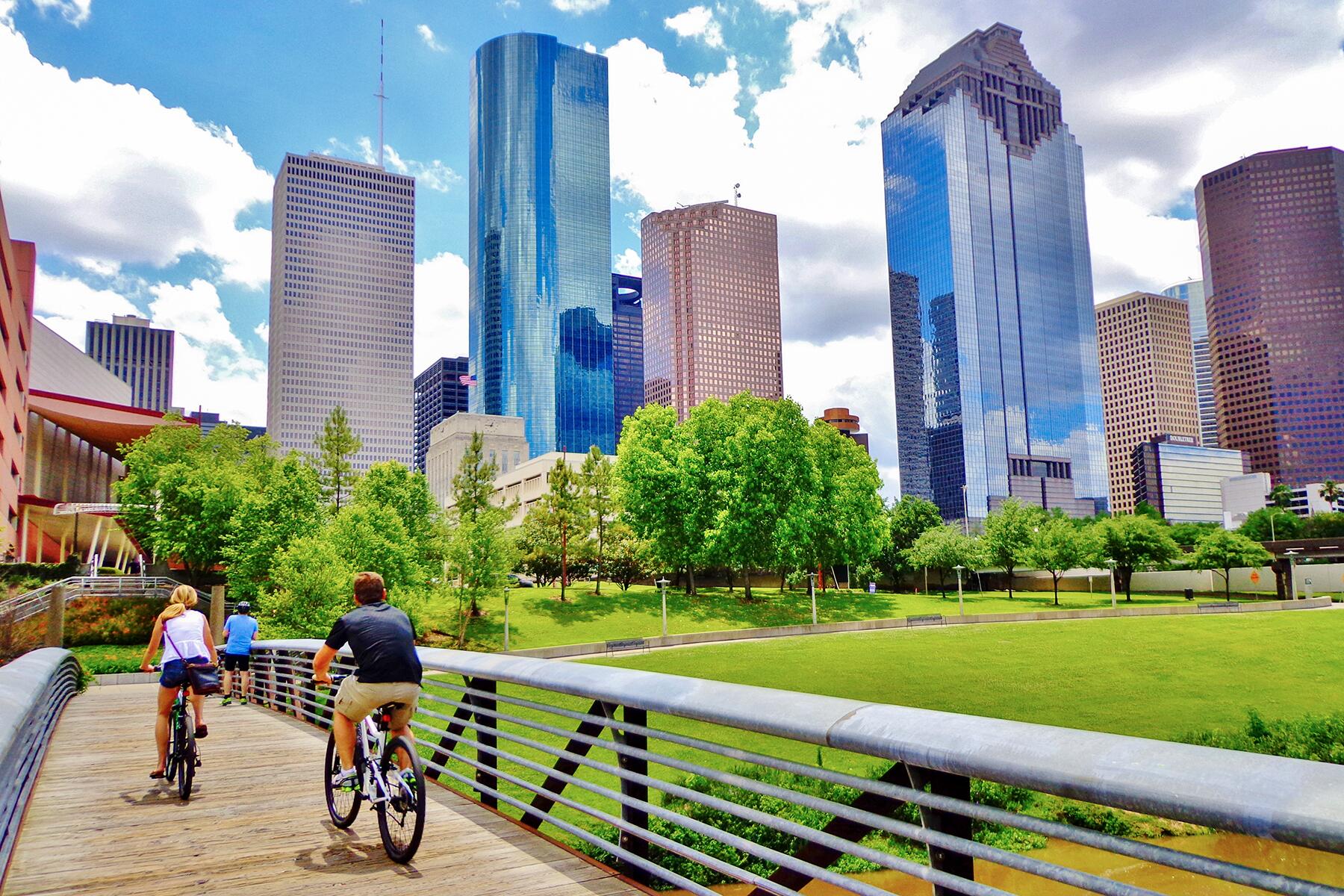 Number 19 on the list of fun American cities goes to Houston. It is among the top five cities with the most dance clubs per capita and most park playgrounds per capita. If you want to explore Houston’s fun side, you have to check out the Johnson Space Center, Houston Rodeo, Armadillo Palace, and the Art Car Museum. 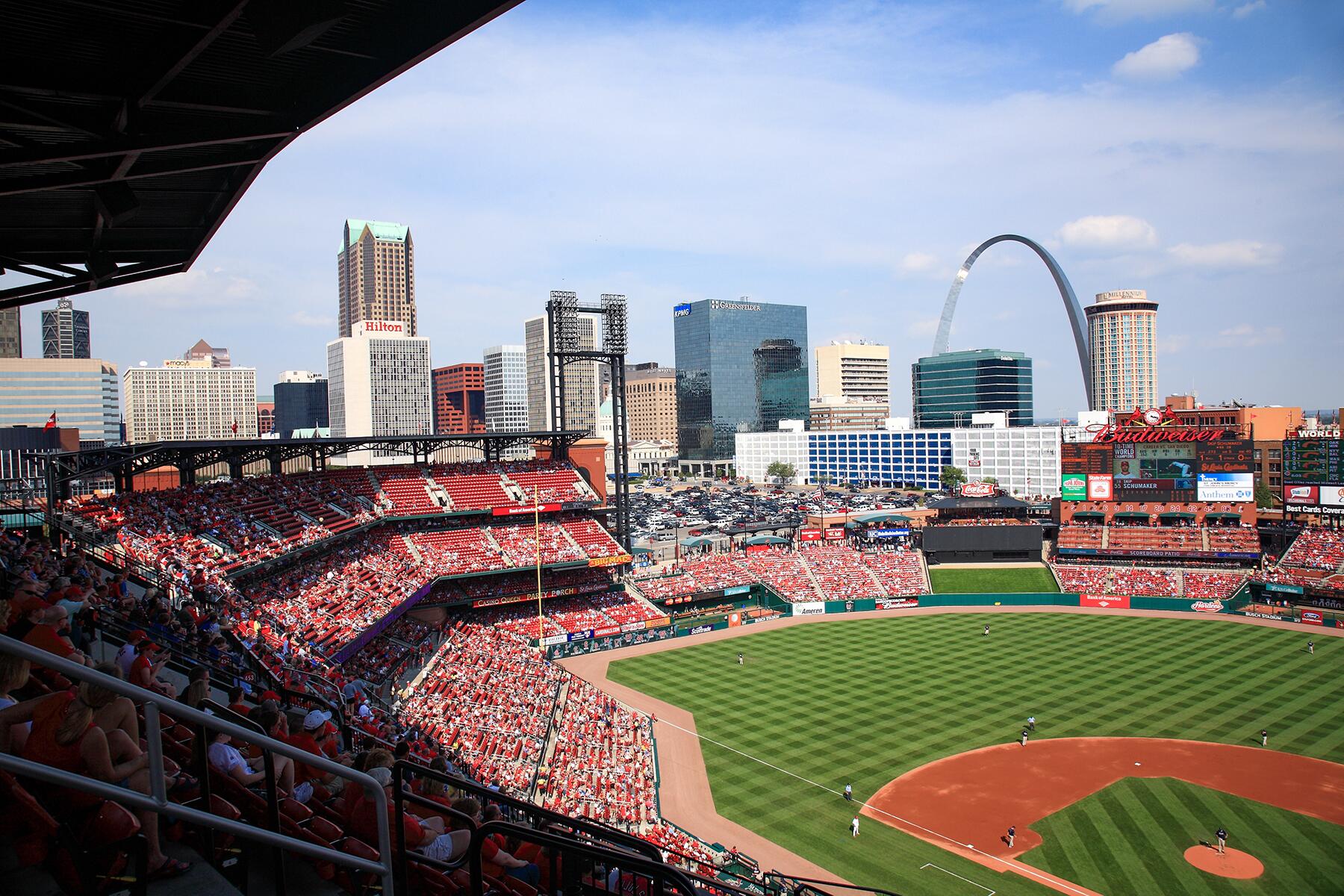 St. Louis has average scores across the board on Entertainment and Recreation, Nightlife and Parties, and Cost. There’s something for everyone to do here. Get started with the Gateway Arch, Forest Park, Anheuser-Busch Brewery, Moto Museum, Adventure Valley Zipline, Central Library, and the Lumiere Casino. In addition, St. Louis has an assortment of events to celebrate its culture and heritage.