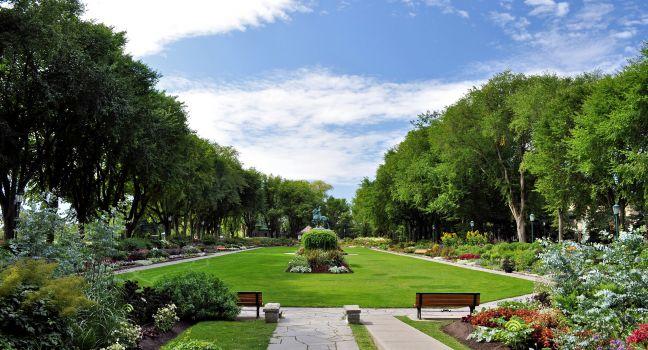 An equestrian statue of Joan of Arc is the focus of this park, which is bright with colorful flowers in summer, and often adorned with seasonal decorations. A symbol of military courage and of France itself, the statue stands in tribute to the heroes of 1759 near the place where New France was lost to the British. The park also commemorates the Canadian national anthem, "O Canada"; it was played here for the first time on June 24, 1880.