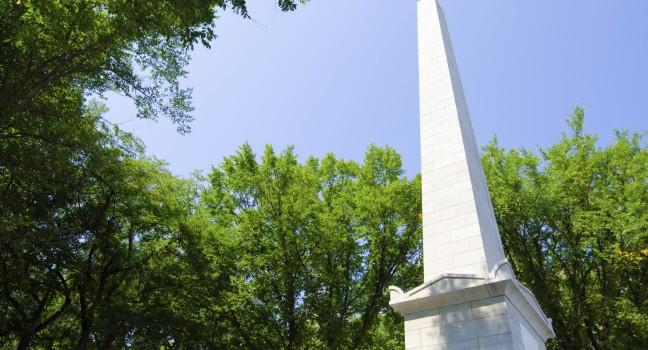 In this small park just south of the Château Frontenac stands the Wolfe-Montcalm Monument, a 50-foot-tall obelisk that pays tribute to both a winning (English) and a losing (French) general. The monument recalls the 1759 battle on the Plains of Abraham, which essentially ended French rule here. British general James Wolfe lived only long enough to hear of his victory; French general Louis-Joseph Montcalm died shortly after Wolfe, with the knowledge that the city was lost. On the south side of the park is avenue Ste-Geneviève, lined with well-preserved Victorian houses dating from 1850 to 1900. Many have been converted to inns, B&Bs, and hotels.