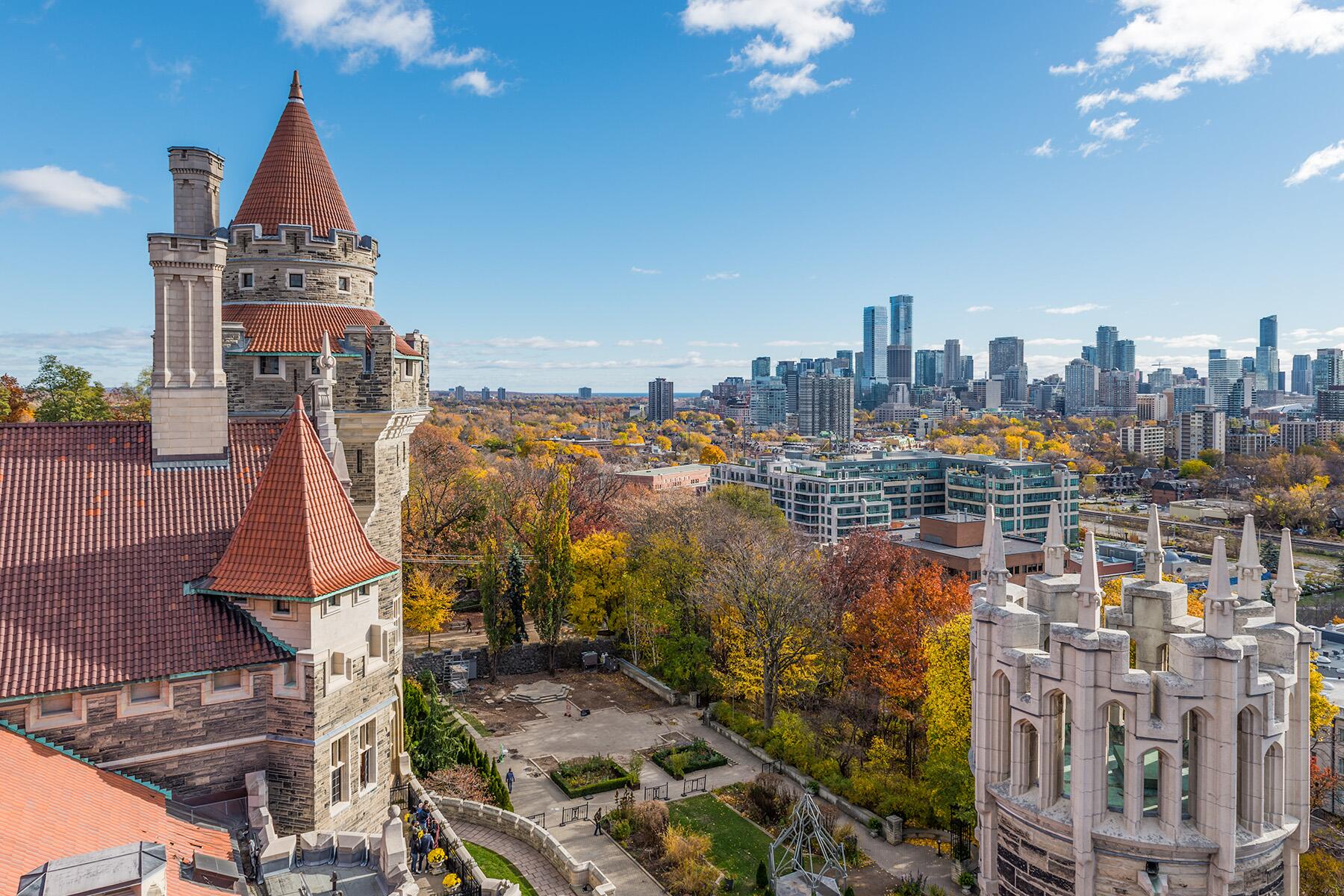 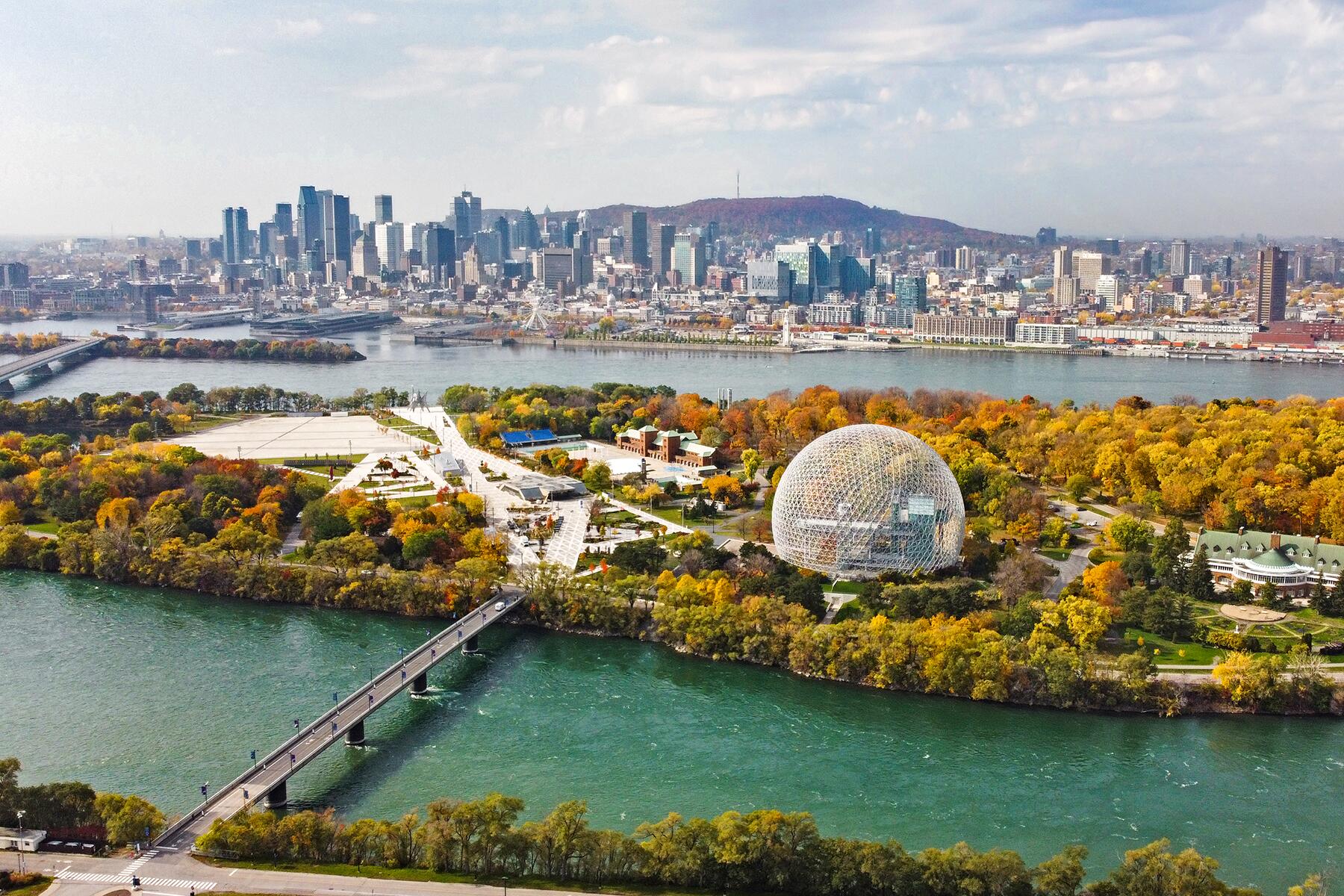 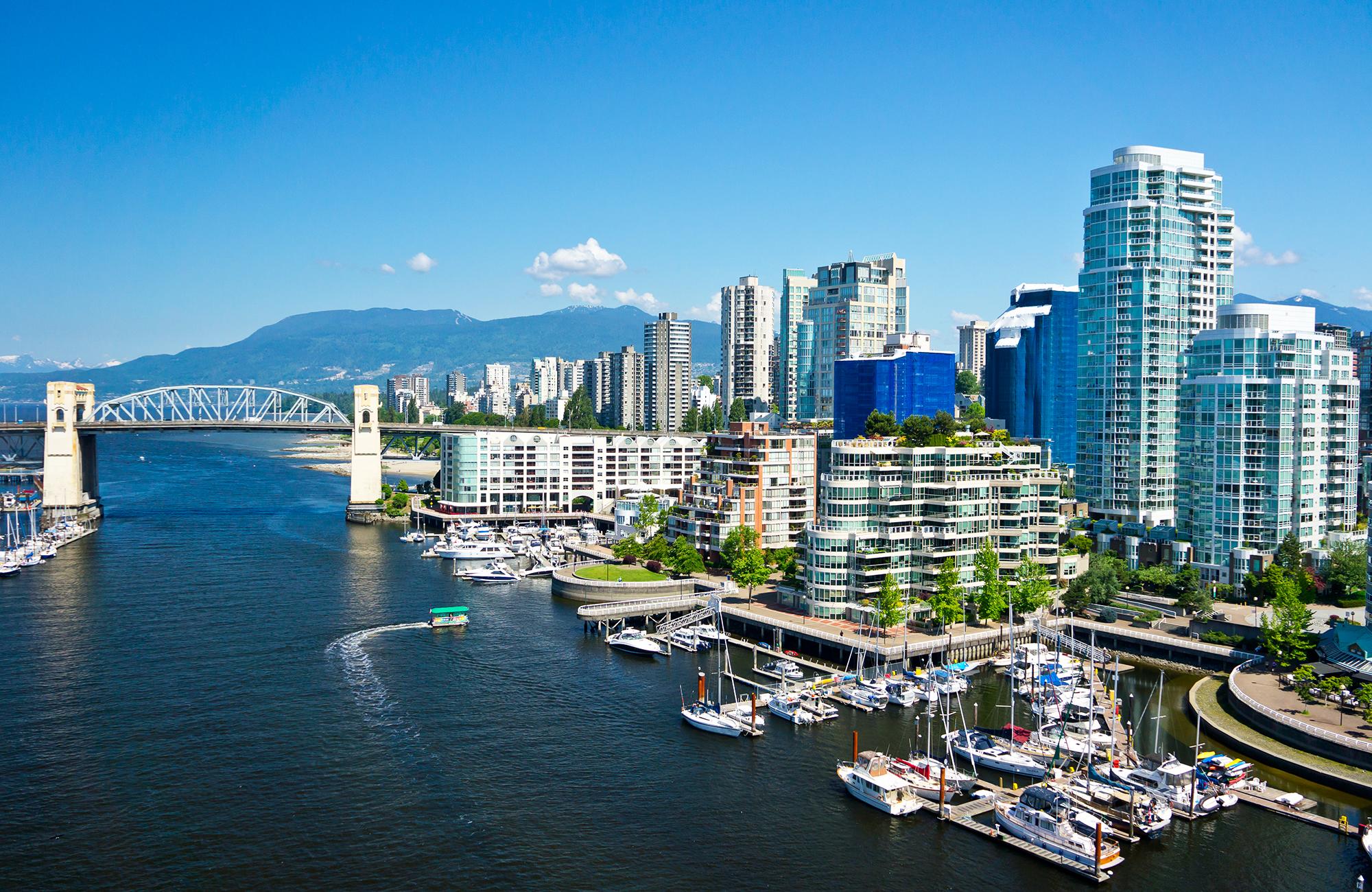 Montréal is celebrating its 375th anniversary in 2017, and the city is throwing itself a $200-million-plus, yearlong birthday bash that, to date, incorporates 175 cultural and historical events, 100 of which will be free. Buildings and green spaces are getting makeovers; museums are mounting special exhibitions; street festivals are being orchestrated;restaurants are creating celebration menus; and hotels are offering special packages. The entire city—downtown buildings, neighborhoods, Mont Royal—will shine with colorful lights. Even manhole covers are getting into the act—they’re being replaced with special new ones featuring a Montréal-inspired design. And the fact that 2017 is Canada’s 150th birthday as well only adds to the festive mood. For the entire listing of goings-on, visit the official programming website. Here are some of the don’t-miss highlights. 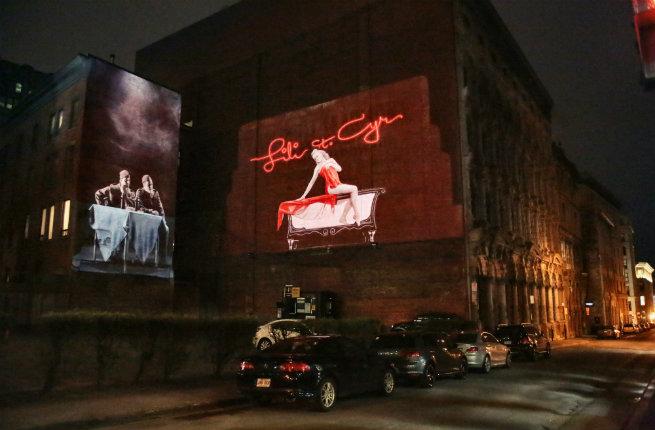 When: Year-round, with a four-week maintenance break beginning April 10 and new tableaux beginning in May

Poetic, dreamy, sometimes funny video vignettes inspired by Montréal’s heritage will be digitally projected onto lofty buildings, walls, towers, the ground—even trees—throughout Old Montréal every evening in one of the world’s largest outdoor video experiences. You’ll meet building-size characters who have witnessed the city’s history first-hand and be swept into the music-accompanied reverie as they tell their tales. Book a guided group tour or a private visit, or use the free smartphone app.

Montréal’s Lachine Canal is always beautiful, with its sinuous, tree-shaded curves meandering for 9 miles through the city’s southwest arrondissement. But this year, its six bridges along a 2.7-mile section will glow with colorful lights, adding a touch of magic for anyone heading out for an evening ski or snowshoe (or stroll in warmer months). And, if the weather behaves, there’s talk of creating a giant ice rink along the canal, complete with snow chalet. 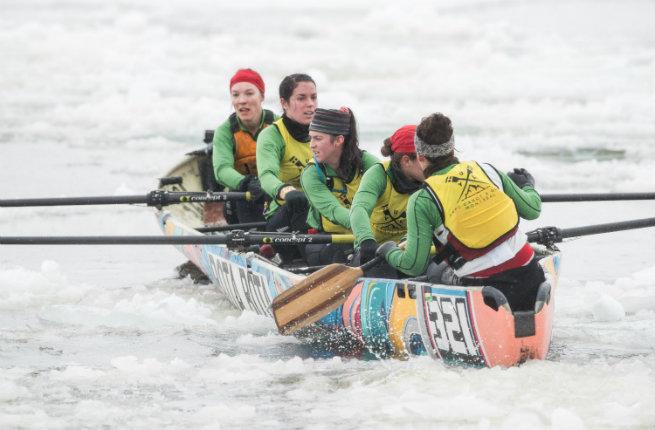 If there’s one thing Montréal does well is embrace the depths of winter, epitomized by its fun-loving winter carnivals celebrated since the late 1880s, but this year, Montréalers are going all out for their Les Hivernales with activities like the Hypothermic Half Marathon, Polar Hero Race, an urban winter obstacle course, an ice canoe challenge, a magical winter moonlit bike ride, and an extreme demo of snowmobiles. This is also the chance for Montréalers and other cold-weather veterans to show their true winter grit, in competitions including snowman building, digging cars out of snow, building car shelters, tossing Christmas trees, and sliding down hills in recycling boxes.

This event is much anticipated as well, especially for anyone familiar with Pink Floyd’s concept album and cult classic movie The Wall. The idea for The Wall came to Pink Floyd singer, songwriter, and bassist Roger Waters after playing a concert in 1977 in Montréal, and now the concept is returning in 2017 as an opera, based on Waters’s original lyrics and music, called Another Brick in the Wall: The Opera. You’ll want to reserve tickets well in advance. 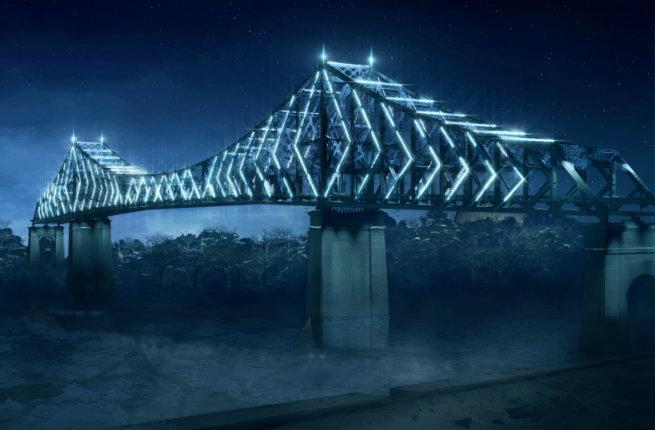 When: The illuminations will be unveiled on May 17, with plans to remain long after 2017.

The iconic Jacques Cartier Bridge is at the heart of all Montréalers, and in honor of the city’s 375th birthday, the span will blaze with a dazzling, cutting-edge display. Inspired by the bridge’s intricate ironwork, which represents a network of hundreds of connections, tech specialists have created an innovative digital light show that follows the seasons—as well as acts as a barometer of the city’s energy, using such real-time data as weather and traffic reports and social networks to control the speed, color, and intensity of the illuminations. So if it’s a cold wintry day and everyone’s staying home by the fire, the bridge lights will be black and blue and low energy. But, say, on May 17, the city’s actual birthday, you can guess that the bridge will be pulsating with glittering color as it moves to the beat of the celebrating citizens.

When: Inauguration in May 2017

As part of the celebrations, Montréal is investing in a number of projects to enhance the city’s joie de vivre. One of the best is an aesthetically pleasing, 2.3-mile “urban route,” as they’re calling it, that’s being built between the city icons of Mount Royal and the St. Lawrence River (the “river” and “mount” in the name). Along the tree-shaded footpath, walkers can enjoy artwork, cityscapes, and benches as they negotiate safely through downtown streets. It’s a place to convene, relax, get a little exercise, and enjoy the beauty of this French-Canadian city. 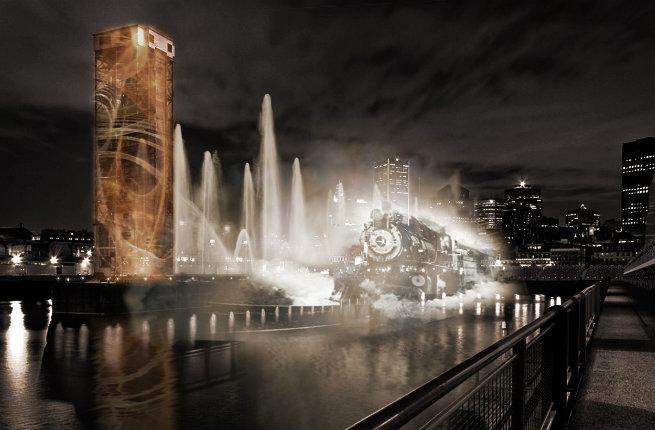 Voilà, the official 375th birthday, when the city will go crazy-wild with festivities. Much of the planning is still under wraps, and there are sure to be plenty of surprises, but we know a few things. More than 15,000 partygoers will enjoy an enormous spectacle—humor and music, inluding French, English, and multicultural singing representing the best of Montréal’s heritage and culture—at the Bell Center, featuring the likes of Rufus and Martha Wainwright, Gad El Maleh, Dead Obies, Boogat, Robert Charlebois, and others. Also on this day, the Jacques Cartier Bridge will be illuminated for the first time. And Montréal AVUDO, a visual extravaganza being presented on the St. Lawrence River, will kick off. With all this and more, it’s sure to be one of the most memorable days in Montréal’s history.

The Walk of the Giants 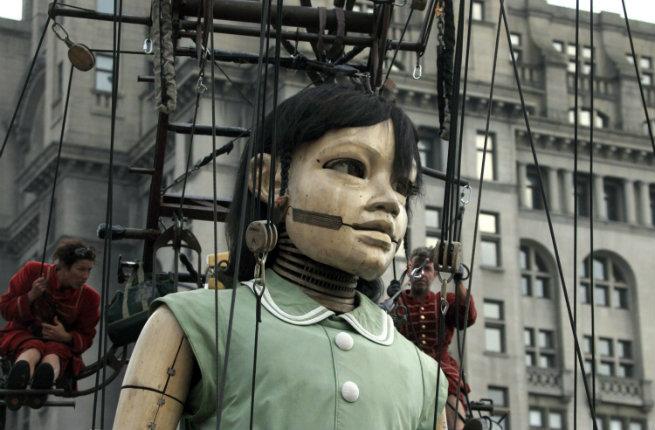 Imagine elaborate marionettes standing five stories high, wandering around the city 24/7 for three days straight. It’s happening in Montréal this spring, with a special creation from France’s acclaimed Royal de Luxe Theater. Making their way through streets, parks, and waterways, these gigantic puppets will relate stories based on Montréal’s heritage along the way. 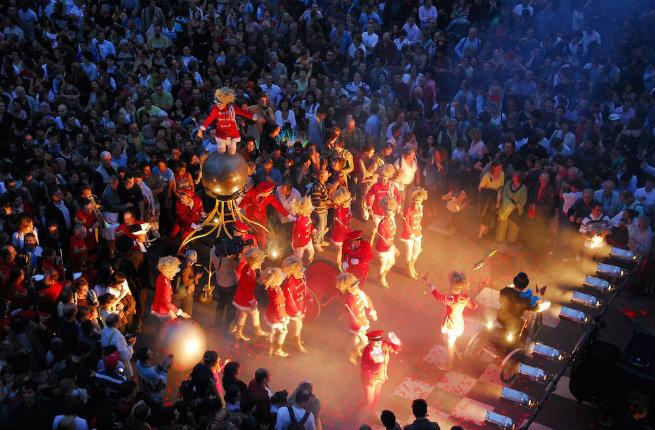 When: The entire month of July

Throughout July, don’t be surprised if you happen upon a troupe of actors performing right in the street. Montréal’s Quartier des Spectacles—the entertainment district—will transform into an open-air theater, with more than 60 theater troupes from six countries taking over the streets and performing short acts—800-plus performances in all. You’ll laugh, cry, and be amazed as clowns, acrobats, and actors perform in the largest such event ever held in North America. 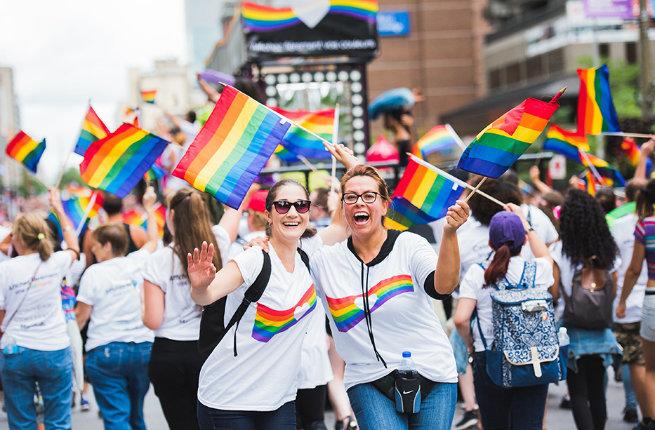 A miles-long street party? With dancing and music? Yes! North America’s first-ever electric music street festival will take to Montréal’s streets on September 2, 2017, in what’s being called a giant moving disco. Local and international DJs are being invited to ride giant parade floats, each equipped with a massive, state-of-the-art sound system. As the floats move through downtown, every street will turn into a massive dance floor. 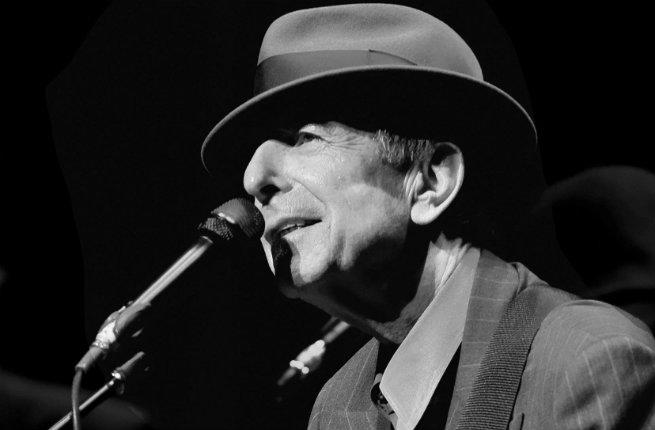 Every Canadian is familiar with the singer, songwriter, poet, novelist, and painter Leonard Cohen, a Montréaler whose work delved into the underbellies of religion, politics, isolation, sexuality, and personal relationships. Beginning November 9, the Museum of Contemporary Art is mounting a multidisciplinary tribute to the late artist in celebration of the city’s founding, entitled Leonard Cohen: A Crack in Everything.  Specially commissioned works by local and international artists inspired by Cohen will be showcased in a spectacle that fires on all cylinders: reflecting Cohen’s far-flung interests and talents, the show encompasses not only the visual arts but also performance art, music, the written word, and film.

Montréal’s history comes to life on the silver screen in a blockbuster directed by acclaimed Québecois screenwriter and director François Girard, slated to premiere during the 375th festivities. The story incorporates Montréal’s history long before the Europeans first laid claim to the land—in fact, the dramatic film goes back 750 years, to the first Iroquois living at the base of Mount Royal in the village of Hochelaga. In this same spot, French explorer Jacques Cartier first visited in 1535 and established the future city of Montréal; legendary neurosurgeon Wilder Penfield operated on conscious patients during the 1940s; and today, football games take place to the roaring cheers of thousands. Although the movie is premiering during the 375th festivities, the producers are making it clear that Hochelaga has a life beyond Montréal—indeed, it will be presented at the 2017 Cannes Film Festival in May. 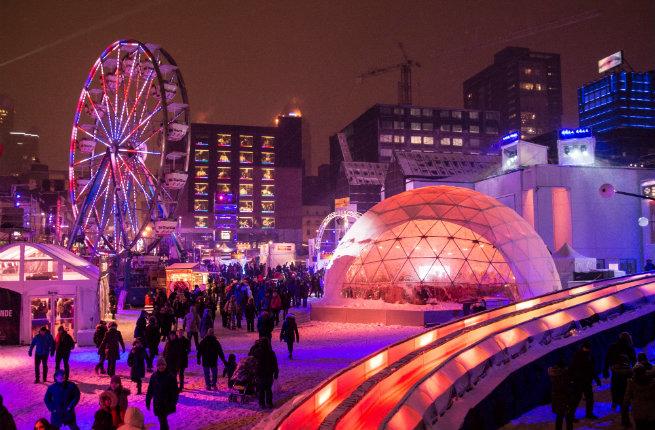 When: The date hasn’t been announced yet.

The edgy, acrobatic (and Montréaler) circus company of 7 Doigts de la Main will be pulling spectators off the streets to participate in their playful, peripatetic, plein-air performance. The globe-trotting troupe of seven flexible, bouncy, super-athletic members—five of whom came from Cirque du Soleil—will illustrate stories about historically important men and women of various nationalities who made an impact on Montréal. They’ve been known to use skateboards, basketballs, chairs, and giant hoops as props, as well as vacant buildings and retail stores as their roving venues, but anything beyond that remains to be seen.