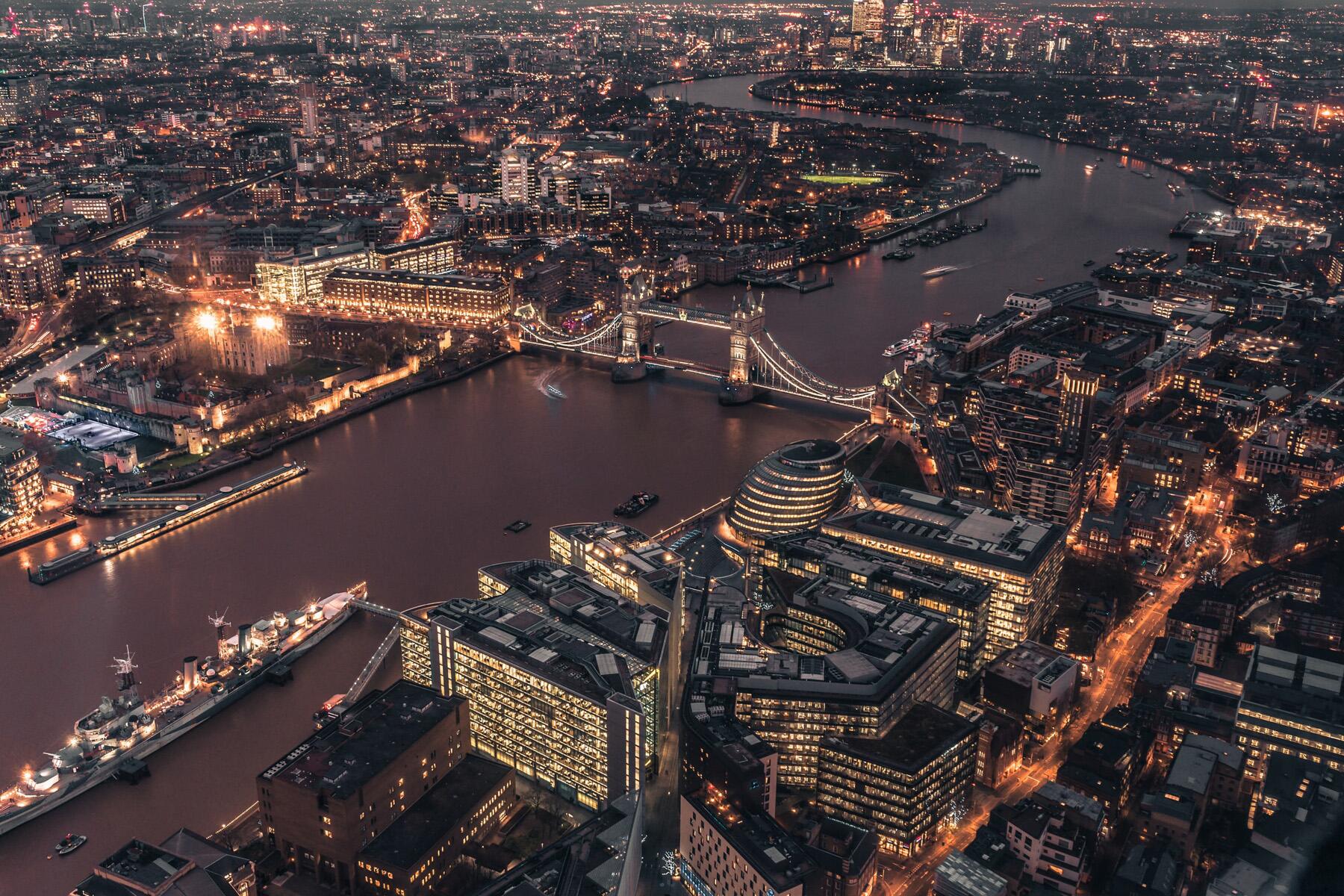 News Apeksha Bhateja The 10 Most Expensive Destinations in the World

Discover some of Atlantic Canada’s best quirks and culture on this compact island province.

Most people recognize Prince Edward Island for its world-famous oysters—and yes, they are some of the world’s best. But this sweet little island in Atlantic Canada is famous for its bounty of seafood and produce as much as it is for its distinct Canadian culture. The provincial capital of Charlottetown is considered the “birthplace of Canada,” playing host to the country’s confederation conference in 1867. The island has its fair share of art, music, and heritage too, not to mention parks, festivals, and curiously Canadian accommodations. In other words, come for the oysters, stay for the wonder.

News Apeksha Bhateja The 10 Most Expensive Destinations in the World 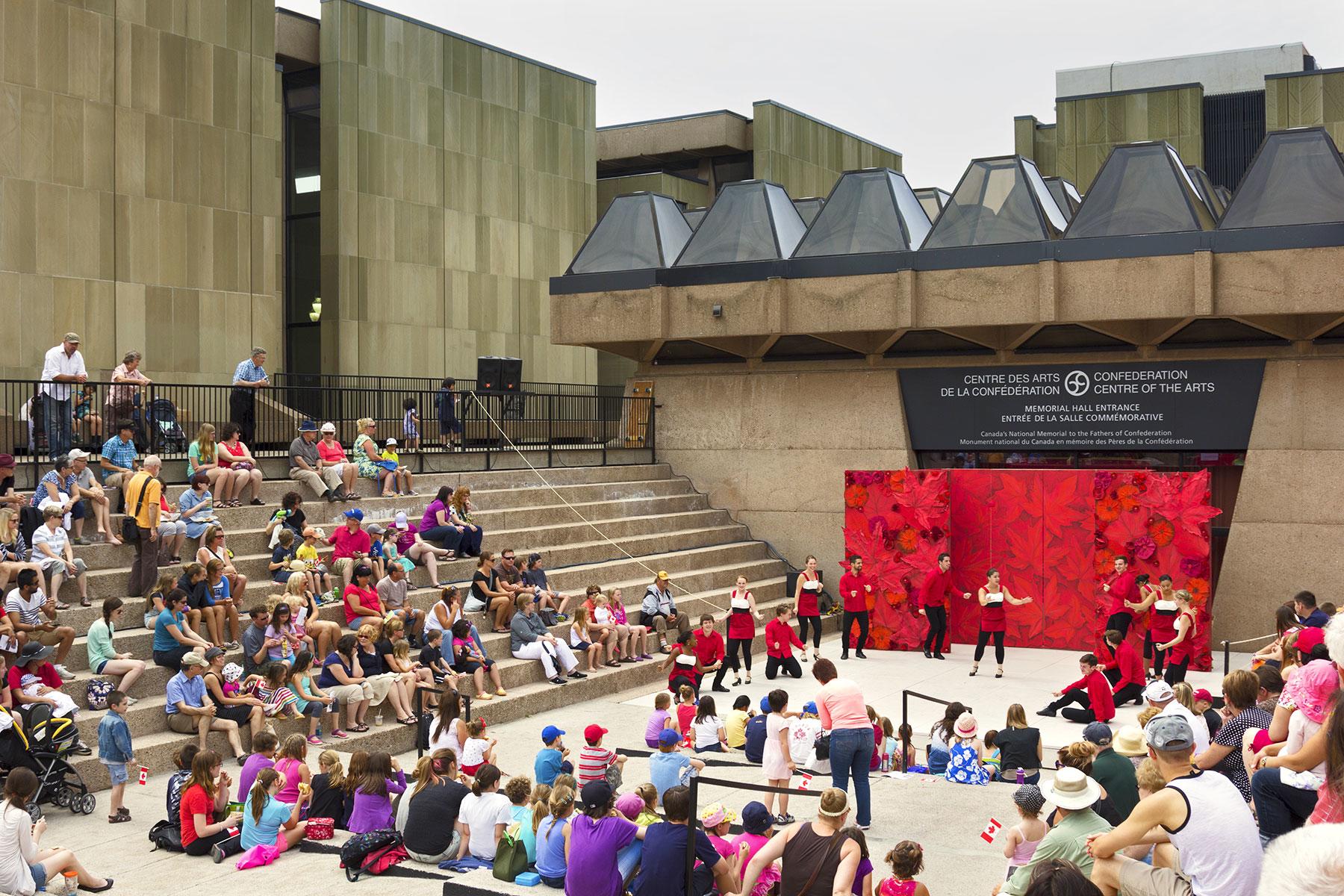 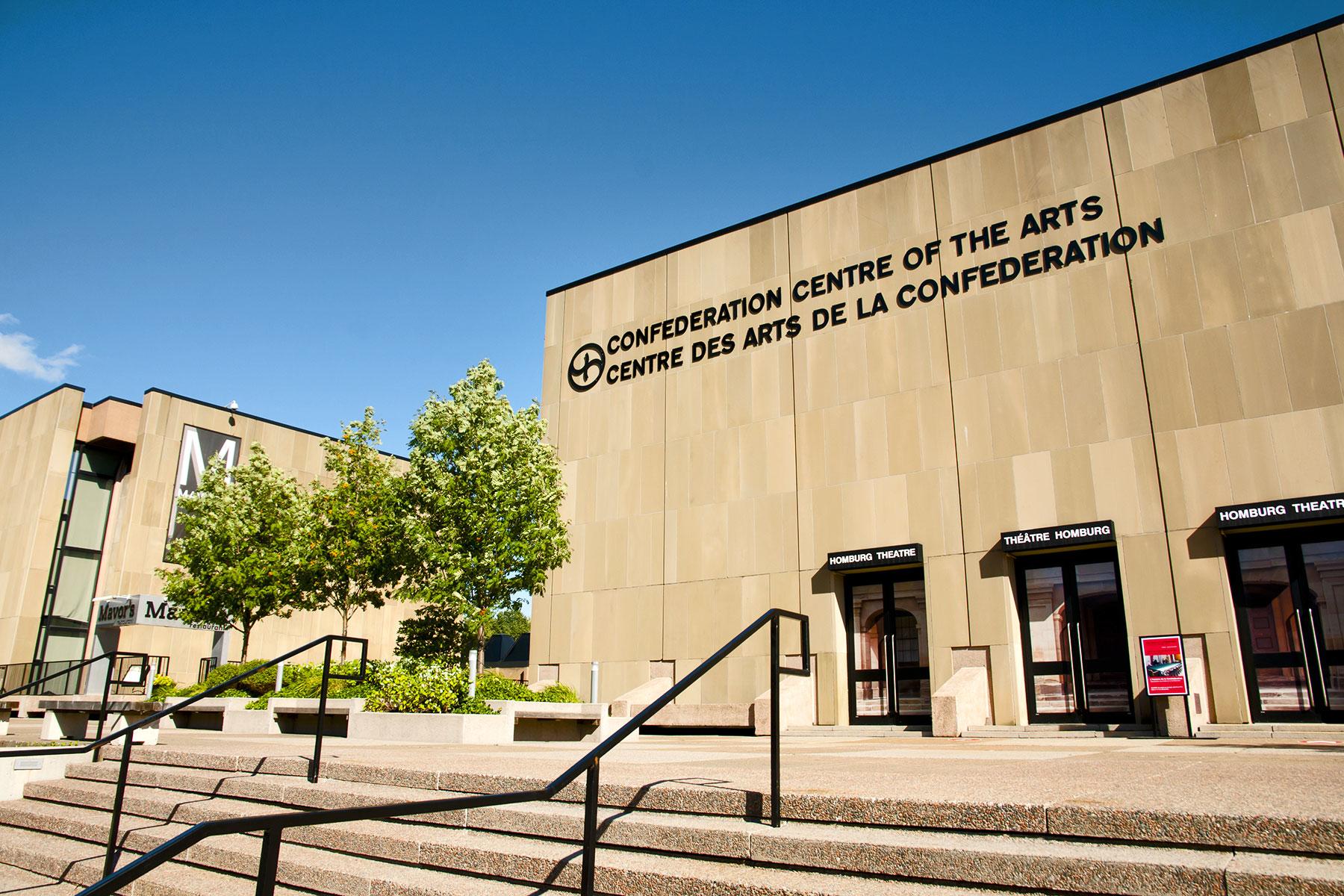 PHOTO: Adwo | Dreamstime.com
Previous Next
1 OF 13

Confederation Centre of the Arts

You can’t miss the sprawling entertainment and cultural complex in the heart of provincial capital Charlottetown. Occupying a full city block, Confederation Centre was officially opened by Queen Elizabeth II in 1964 and serves as Canada’s National Memorial to the 1864 gathering that led to Canada’s confederation. Head to this national landmark to check out its brutalist architecture, visit its art gallery and historical exhibits, enjoy live theater and music, dine on local fare at Mavor’s, or to catch outdoor shows on the plaza. 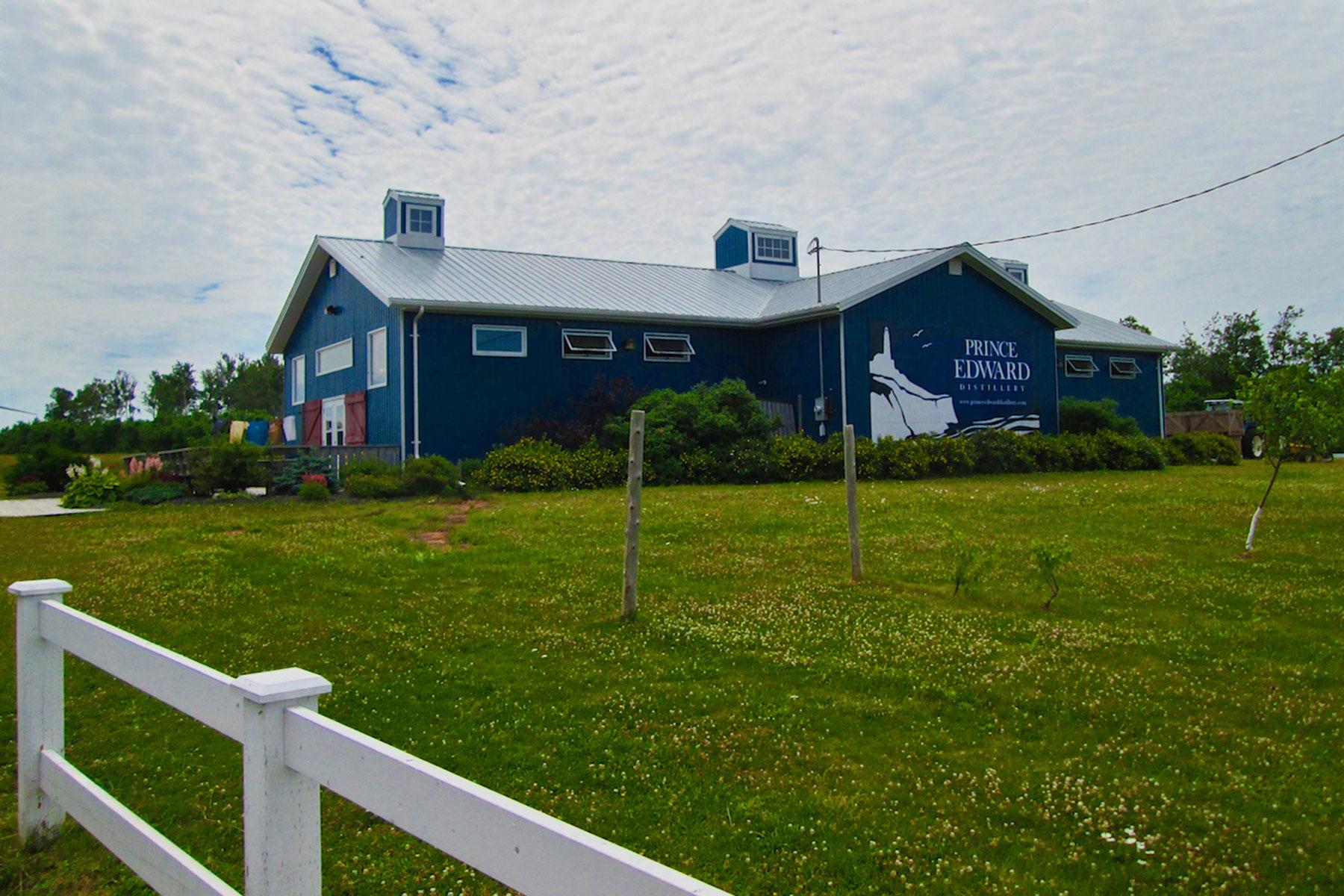 Among the growing number of distillers in Canada is Prince Edward Distillery, which is doing things a little differently. The spirits here are, yes, artisanal, but more importantly, its award-winning vodka is made the old-fashioned way: with potatoes. It’s the country’s first and only potato vodka, using locally grown PEI spuds. Owners Julie Shore and Arla Johnson vary the recipe somewhat to produce their other award-winning, grain-based Wild Blueberry Vodka, as well as fine gin and rums. Stop by Prince Edward Distillery’s self-sustaining, eco-friendly plant in Hermanville for a tasting. (And FYI, all of their spirits pair well with the local seafood.) 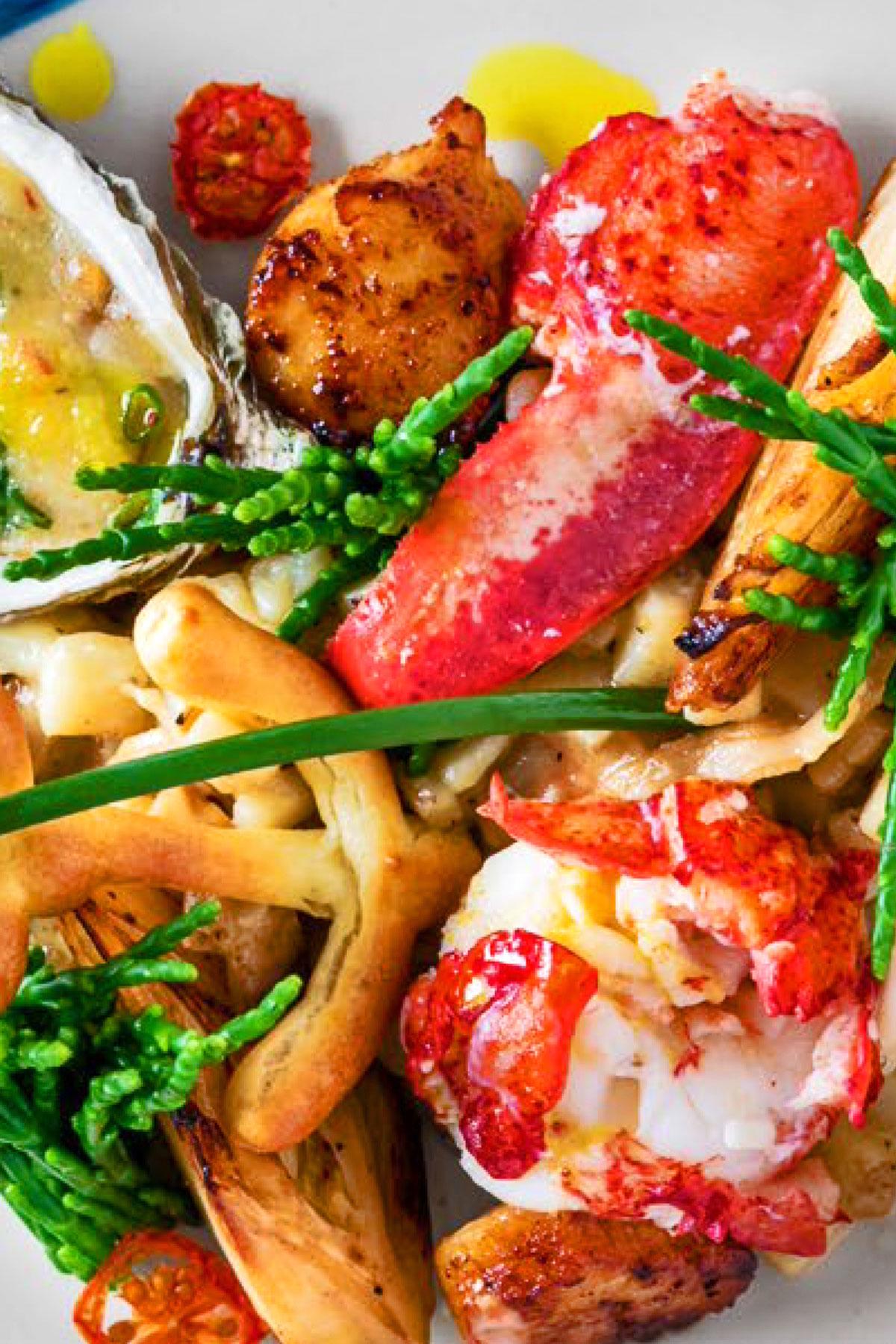 They don’t call it “Canada’s food island” for nothing. And for a region not much bigger than Delaware, there’s an astounding tally of tasting options. So be sure to get your hands on the PEI Culinary Trail & Dining Guide, which will lead you to farms, fishers, local markets, and restaurants on every shore. The guide also directs you “culinary adventures” that span deep-sea excursions, cooking classes, and a chocolate-making workshop to sweeten up any trip. 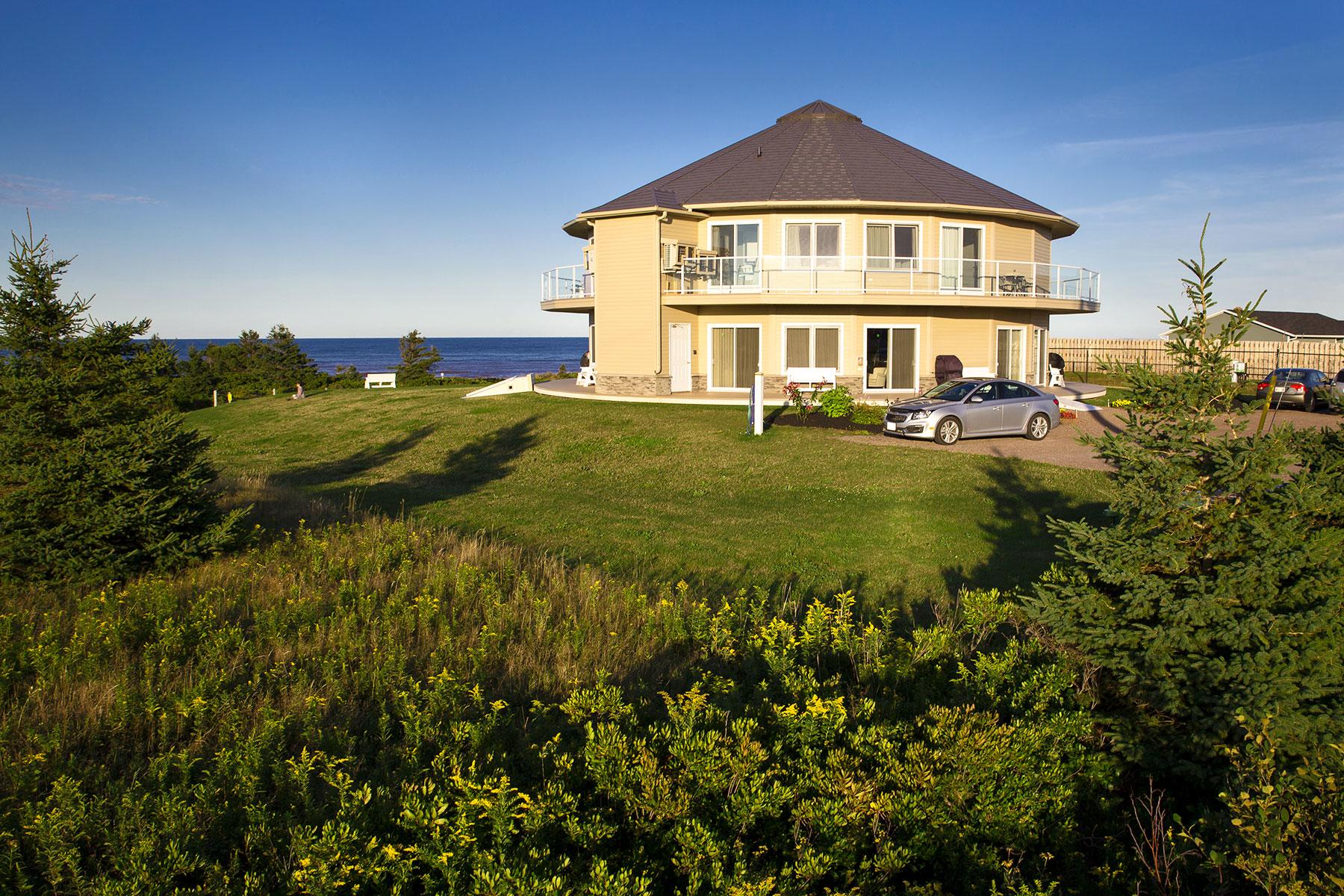 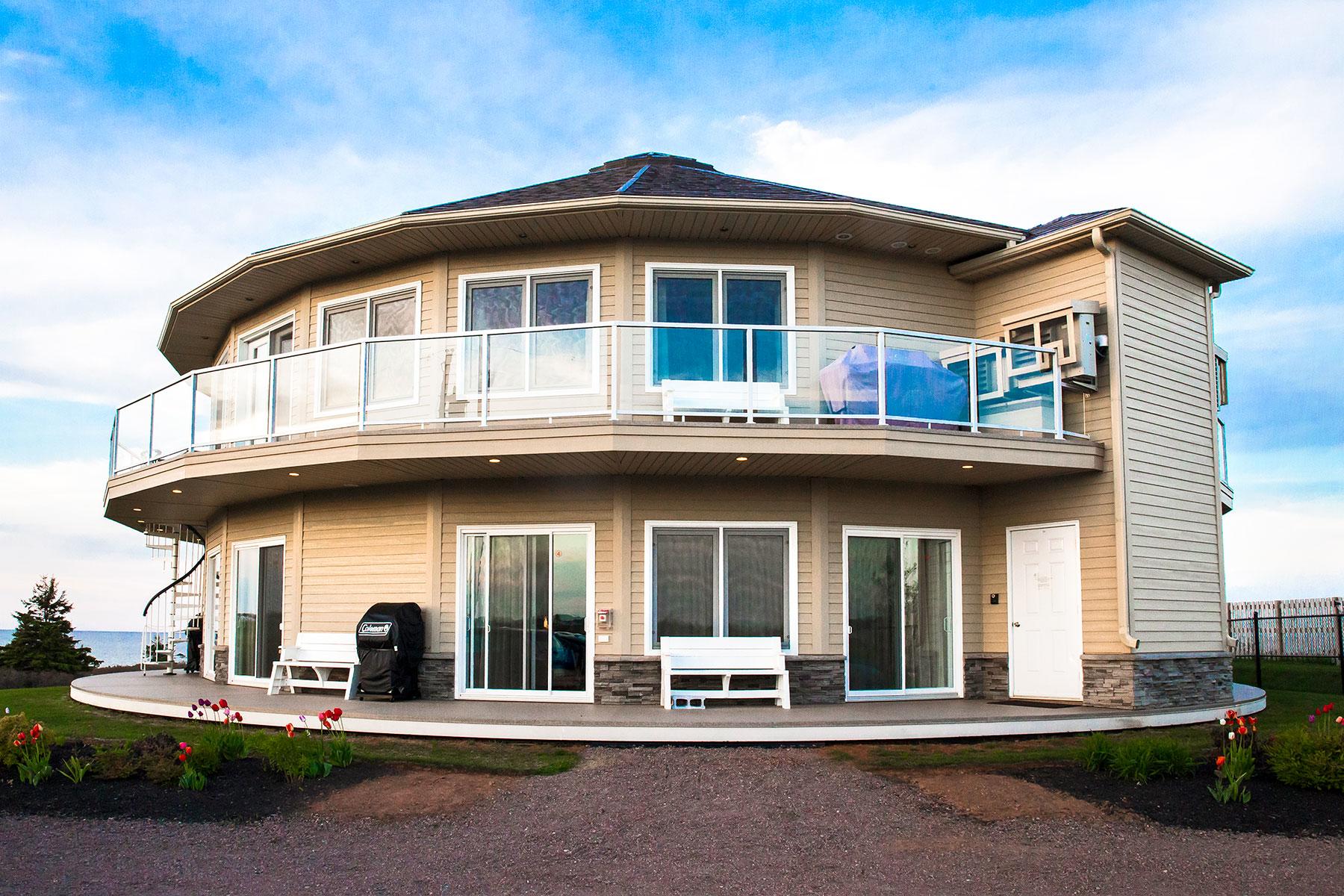 Around the Sea Rotating House

Staying in a round house is unique enough, but Around the Sea seaside B&B goes a step further by actually revolving. It takes about 45 minutes for a full rotation—so slow that you may not even notice the motion until you look up and spy an entirely different horizon. Perched on Green Gables Shore in North Rustico, the hotel offers roomy “condo” units with kitchens for rent in all but the coldest months, promising every visitor both sea and land views. 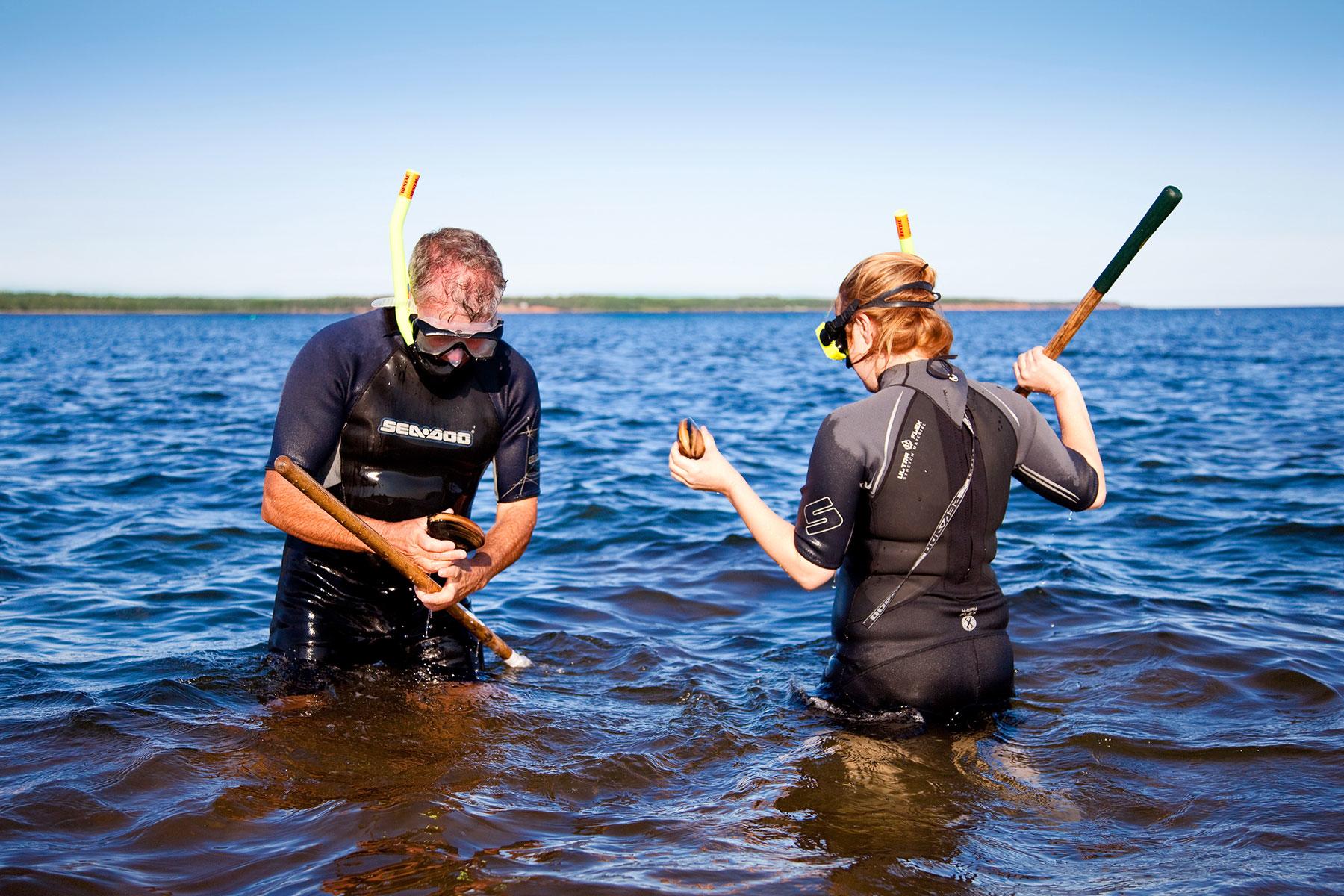 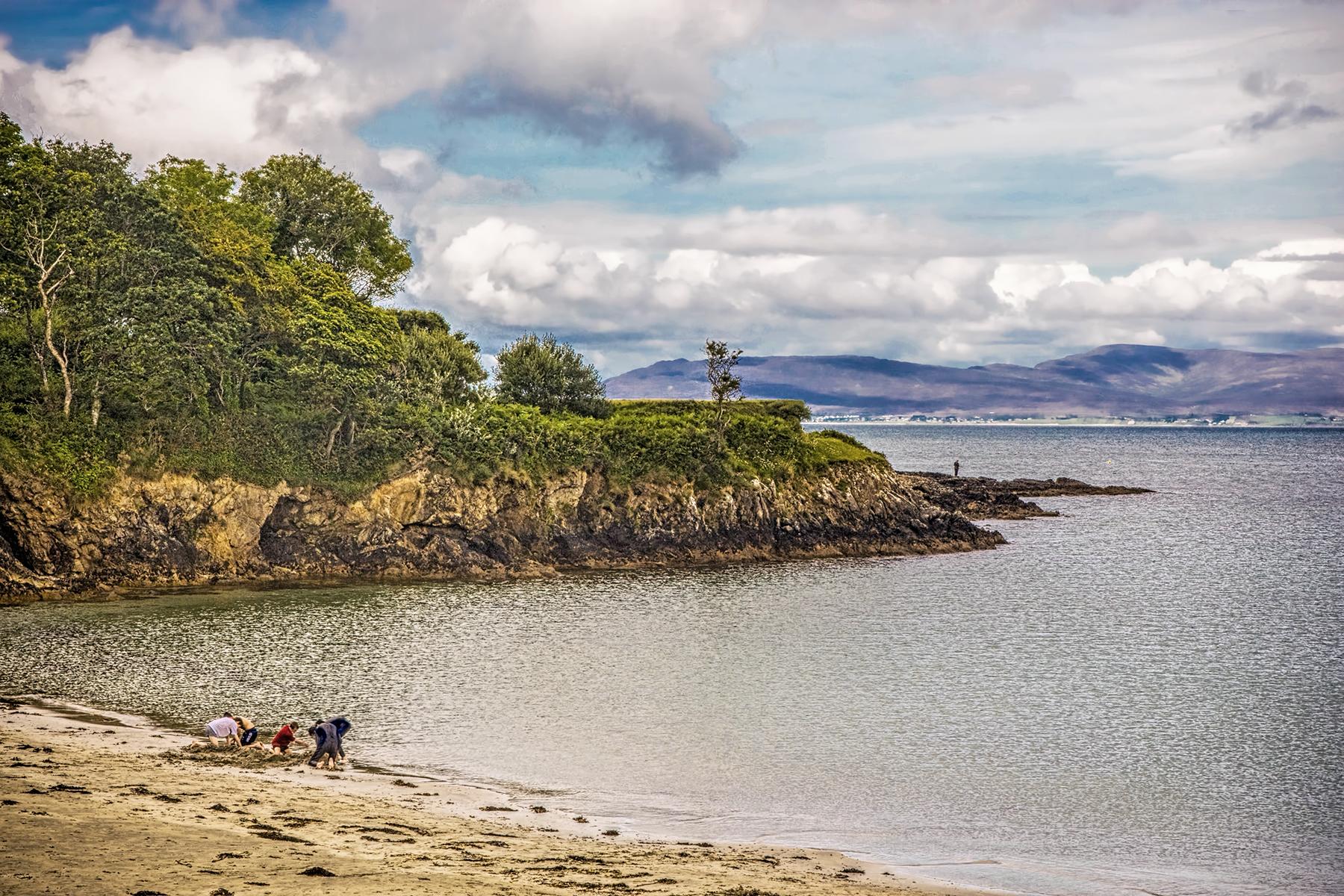 Thanks to the frigid Gulf of St. Lawrence—which makes a perfect habitat for bivalves and shellfish to maximize their flavorful potential—seafood is a way of life in Atlantic Canada. To fully immerse yourself in this glorious bounty, join a tour with PEI Coastal Experiences. The family-run outfit curates unique experiences like the Shellfish Forager’s Beachwalk & Picnic in Malpeque Bay, and the Lobster on the Beach package to learn about Canada’s favorite crustacean. (Check the website for charter experiences and more summer tours.) 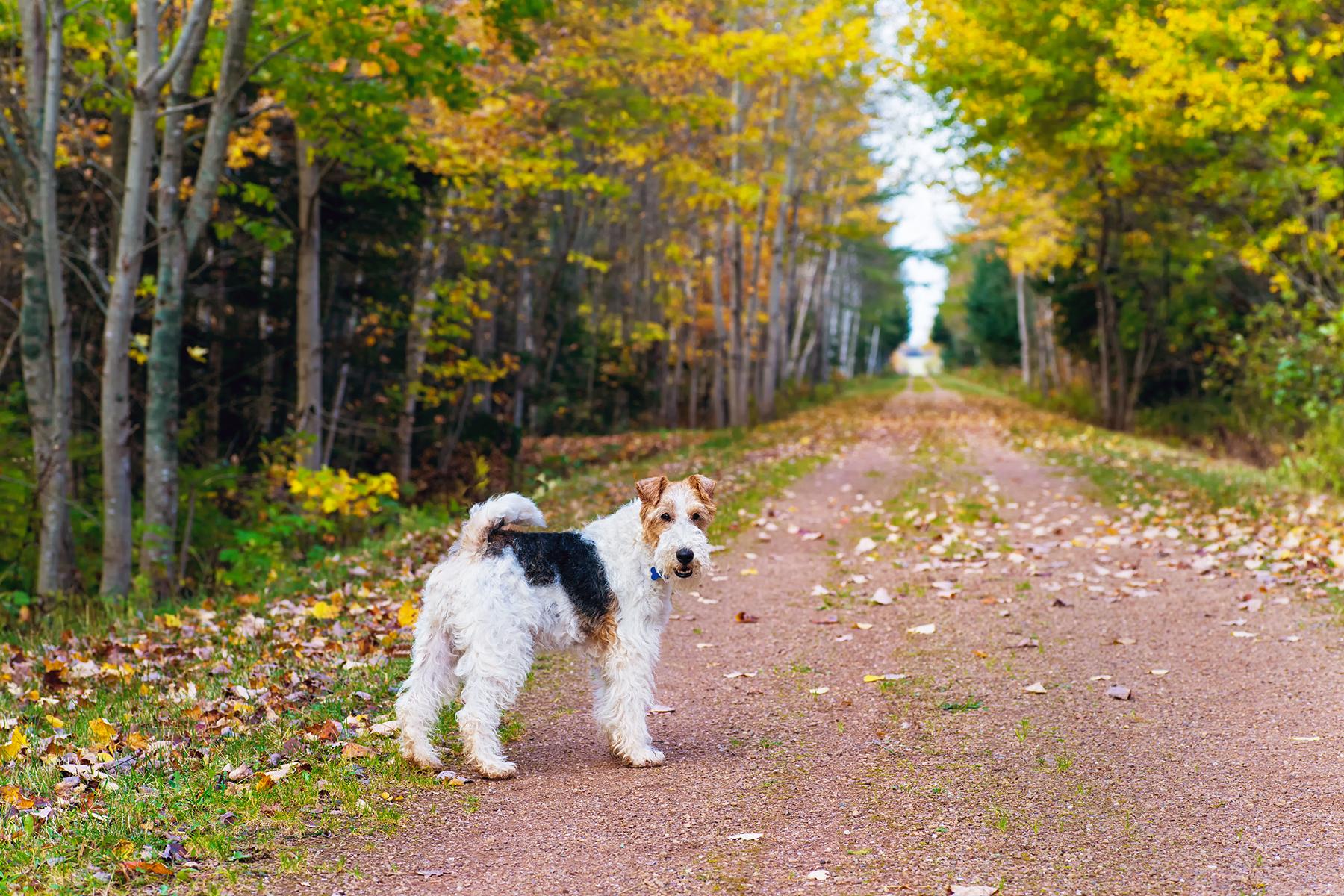 For more than a century, this trail was an active railway across Prince Edward Island. Today, Confederation Trail is a 300-mile-long recreational route spanning the entire province, branching out to its farthest corners. You can hike or bike the trail (or snowmobile in winter) “from tip to tip,” taking in views of rolling hills and pretty seascapes, and detouring to quaint villages along the way. Plus, touring the trail gives you bragging rights about traveling part of the Trans Canada Trail. (Check out the tourism webpage for a downloadable map, or to request one by mail.) 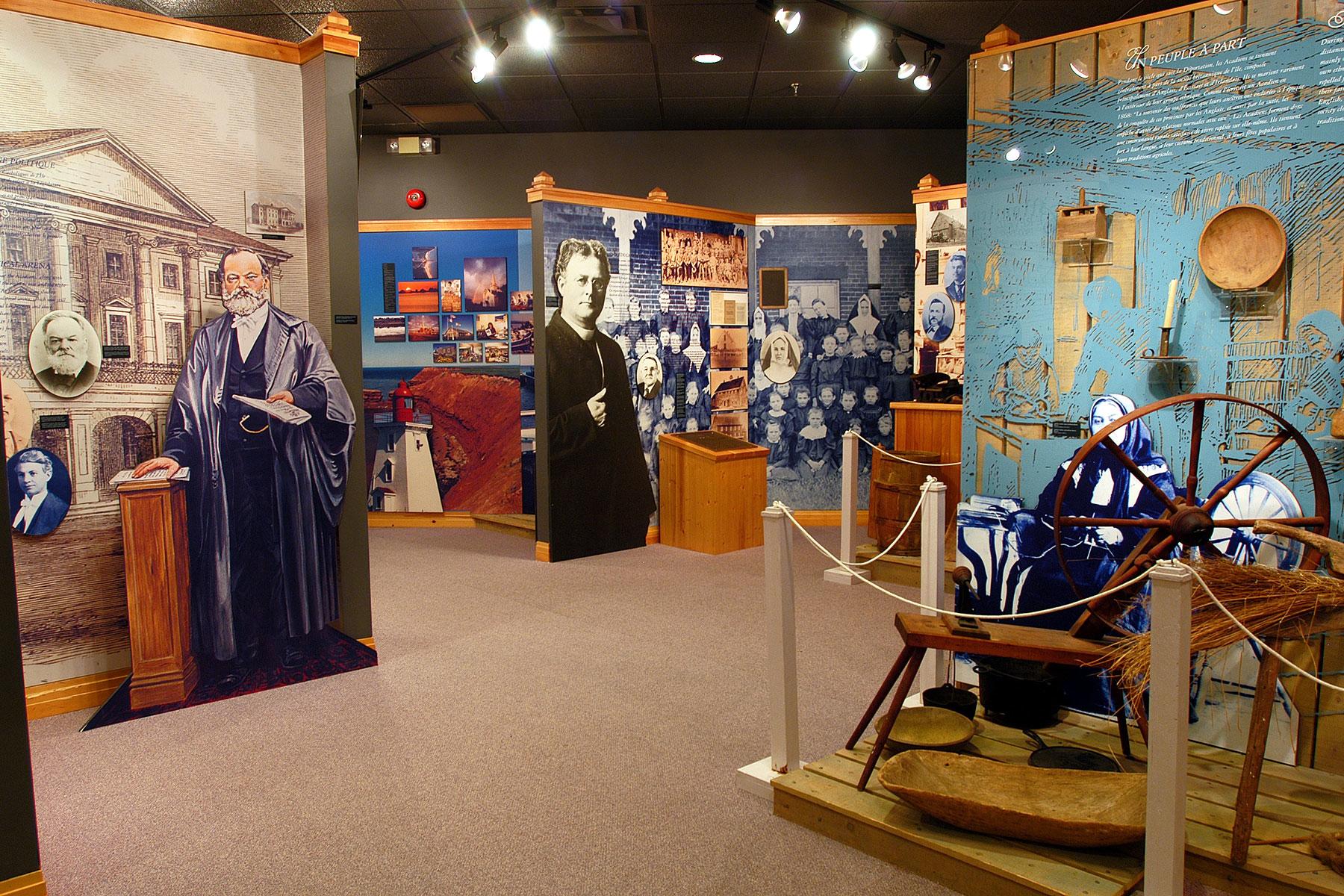 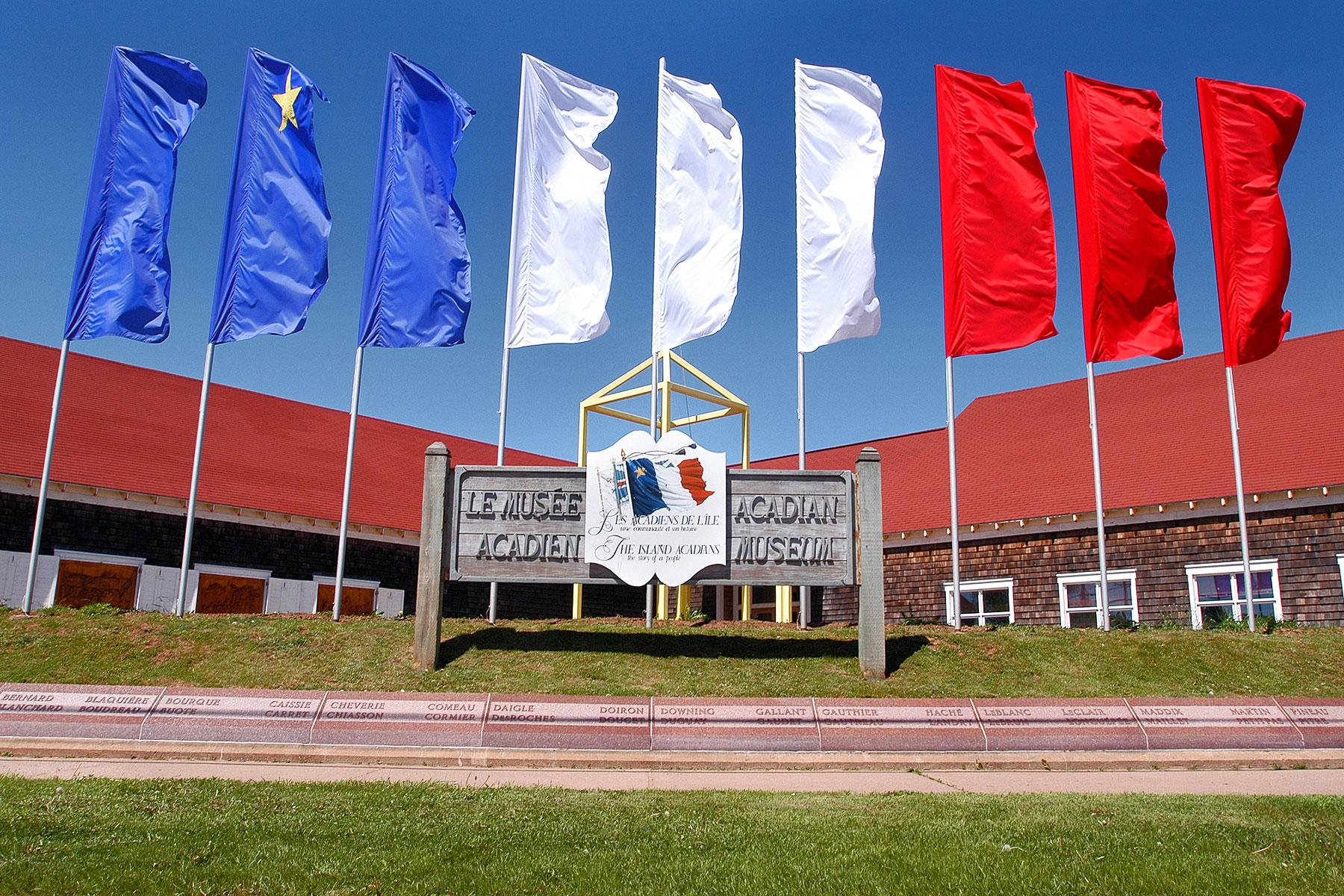 Deep in the heart of PEI, discover the story of Canada’s earliest European settlers. The Acadian Museum of Prince Edward Island shares tale of the French families who migrated here starting in the 17th century, establishing successful communities…until British forces arrived. When the Acadians refused to pledge their loyalty to England in the early 18th century, they were tragically killed or expelled to other lands. Learn about their intriguing heritage and enduring legacy at this cultural center in Miscouche, featuring permanent and temporary exhibits in both English and French. 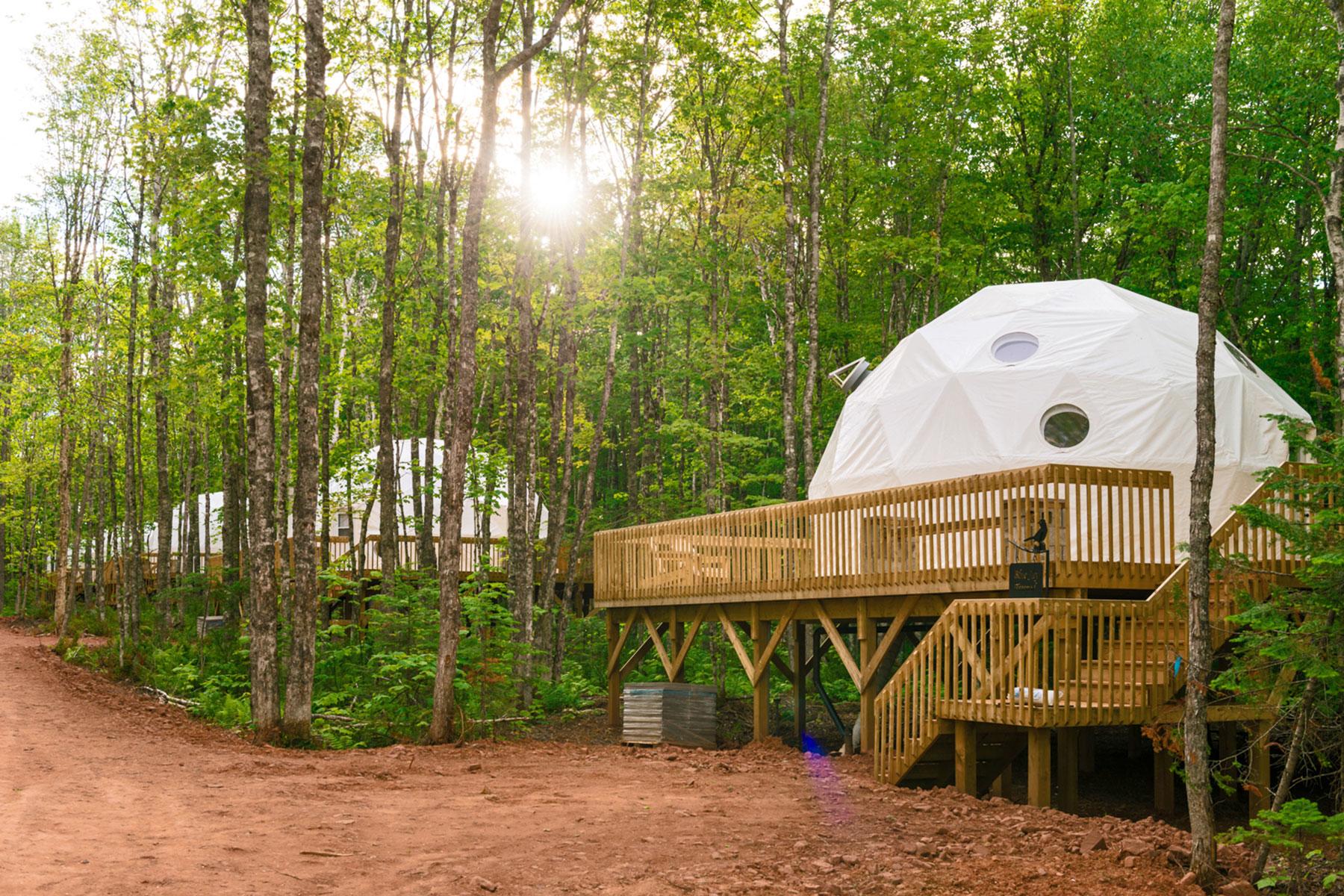 In tune with the quirky side of PEI, Treetop Haven elevates your stay with overnights spent in geodesic domes called “TreePODS” perched up in the trees of Mount Tryon. Accommodations are available all year, and each pod is surrounded by an outdoor deck with a private hot tub and barbeque pit. There are hiking trails through the property that connect to the Confederation Trail, and the haven is just a 10-minute jaunt to Chelton Provincial Beach. 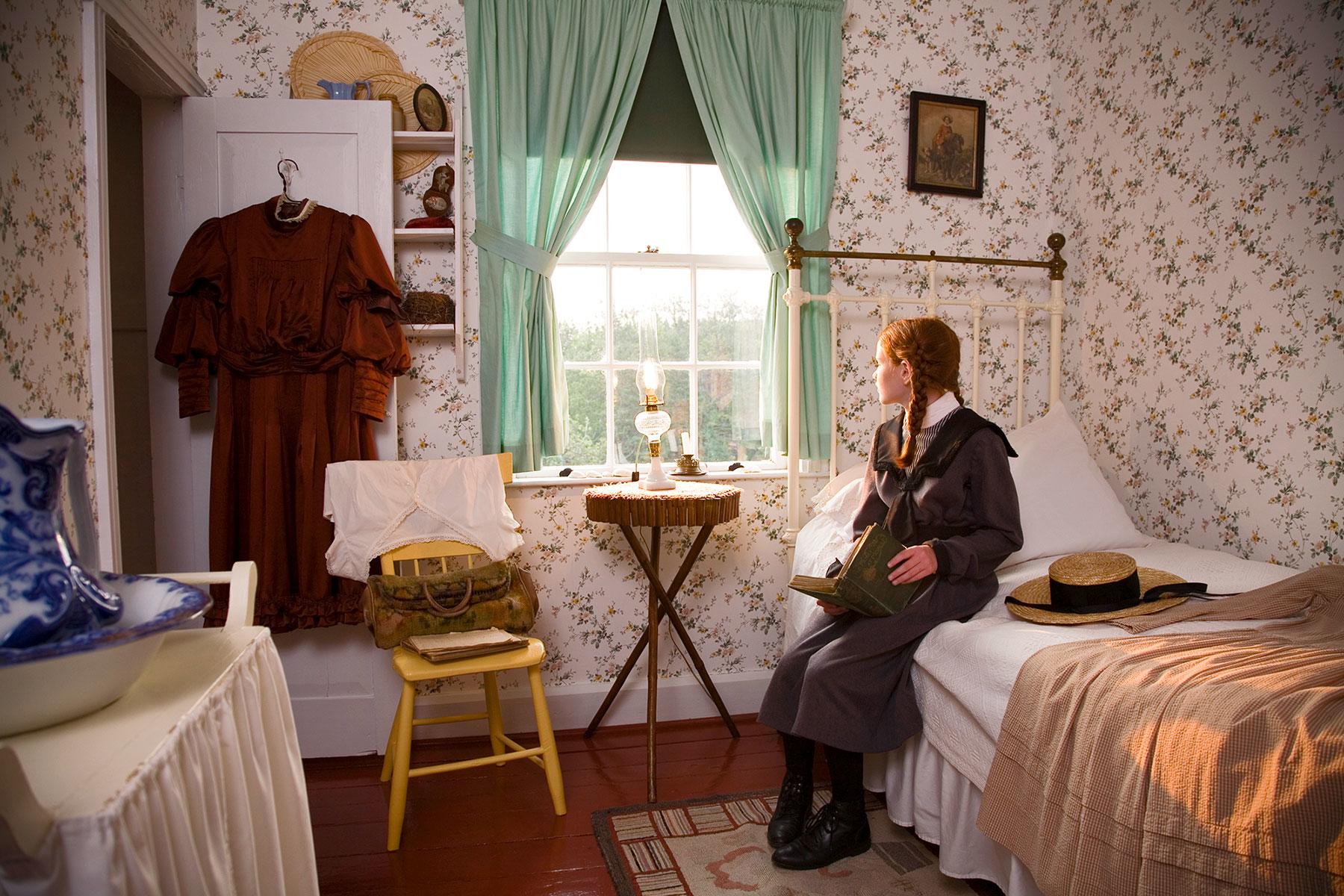 After oysters, PEI is probably most famous as the setting of Lucy Maud Montgomery’s 1908 classic novel Anne of Green Gables. The tale of plucky red-haired orphan Anne Shirley is part of the Canadian literary canon, and you can catch it live in all its musical-theater glory at Confederation Centre—where it’s been staged for more than 50 seasons, earning it the Guinness World Record for longest-running musical production. Even though summer’s Charlottetown Festival has mounted more than 2,500 performances, little Anne and her frolicking cohorts keep it fun, making the show essential to any PEI visit. 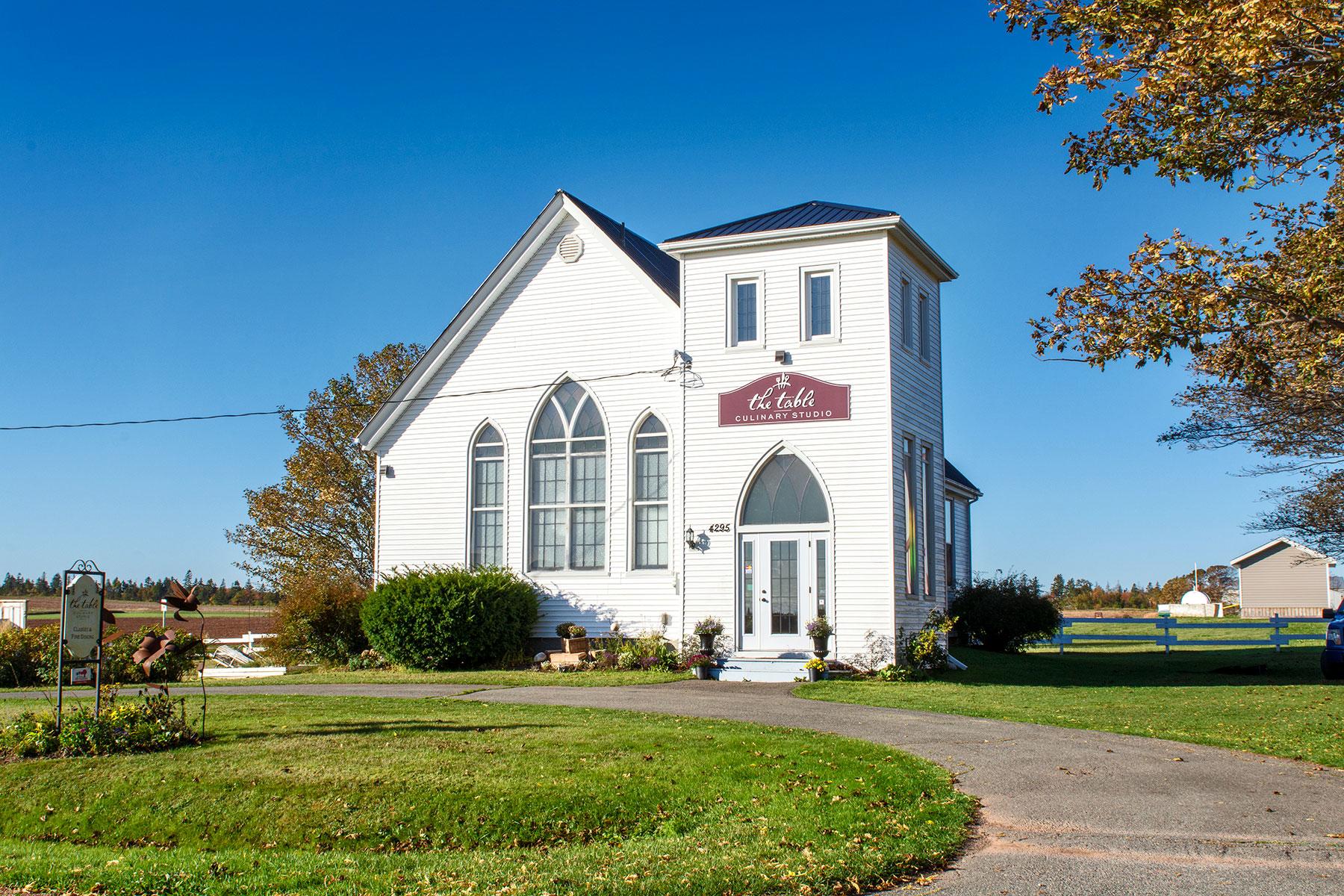 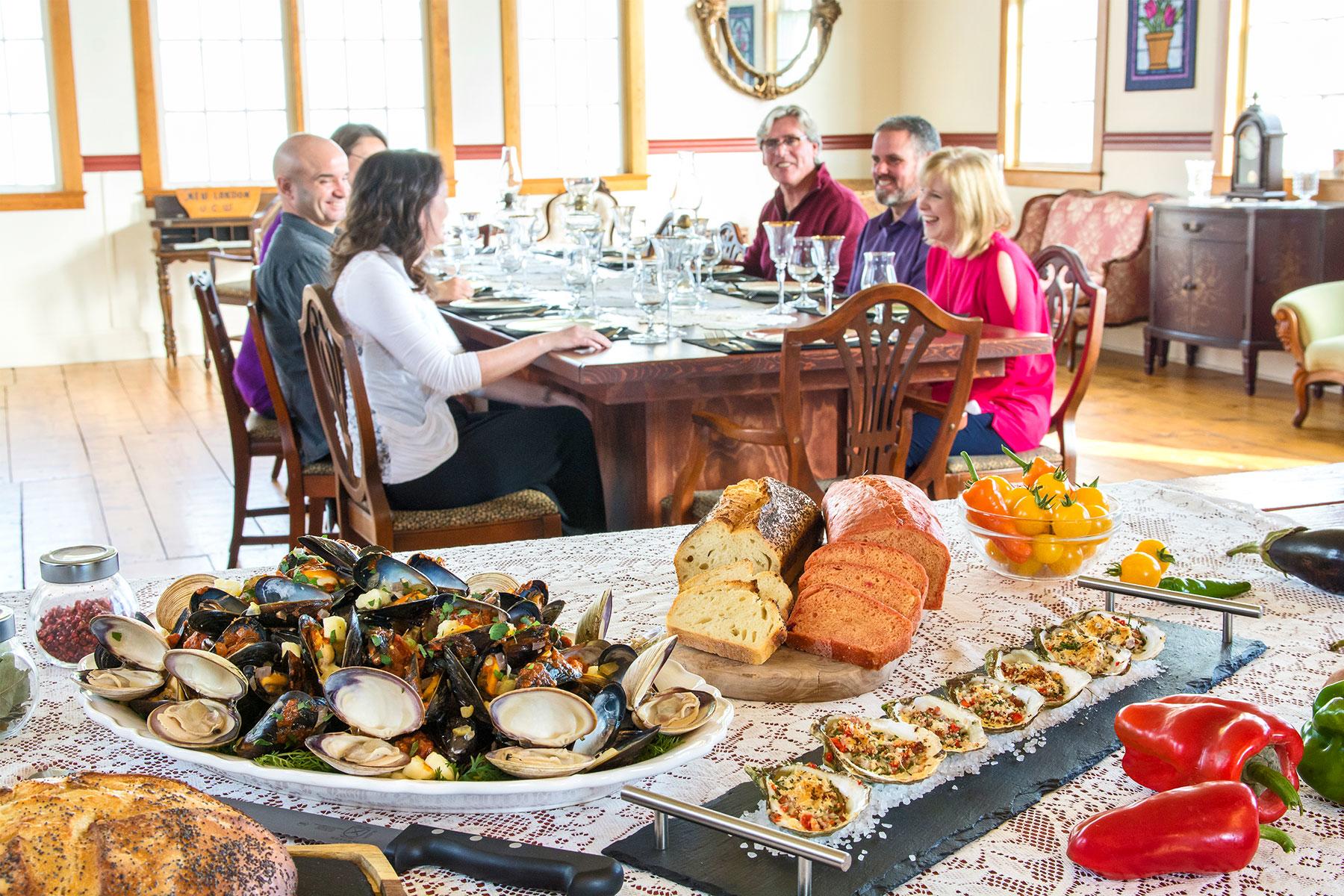 You’ve sampled the amazing dishes cooked up at PEI’s restaurants, so it’s time to take your gastronomic journey to the next level with a cooking class at The Table Culinary Studio. Housed in a charming, converted church in New London, The Table earned the province’s 2017 “Taste Our Island” award for its array of cooking courses that use locally grown and harvested ingredients. And in case you’re more of an eater than a chef, you can head to The Table for evening dinners from May through September. 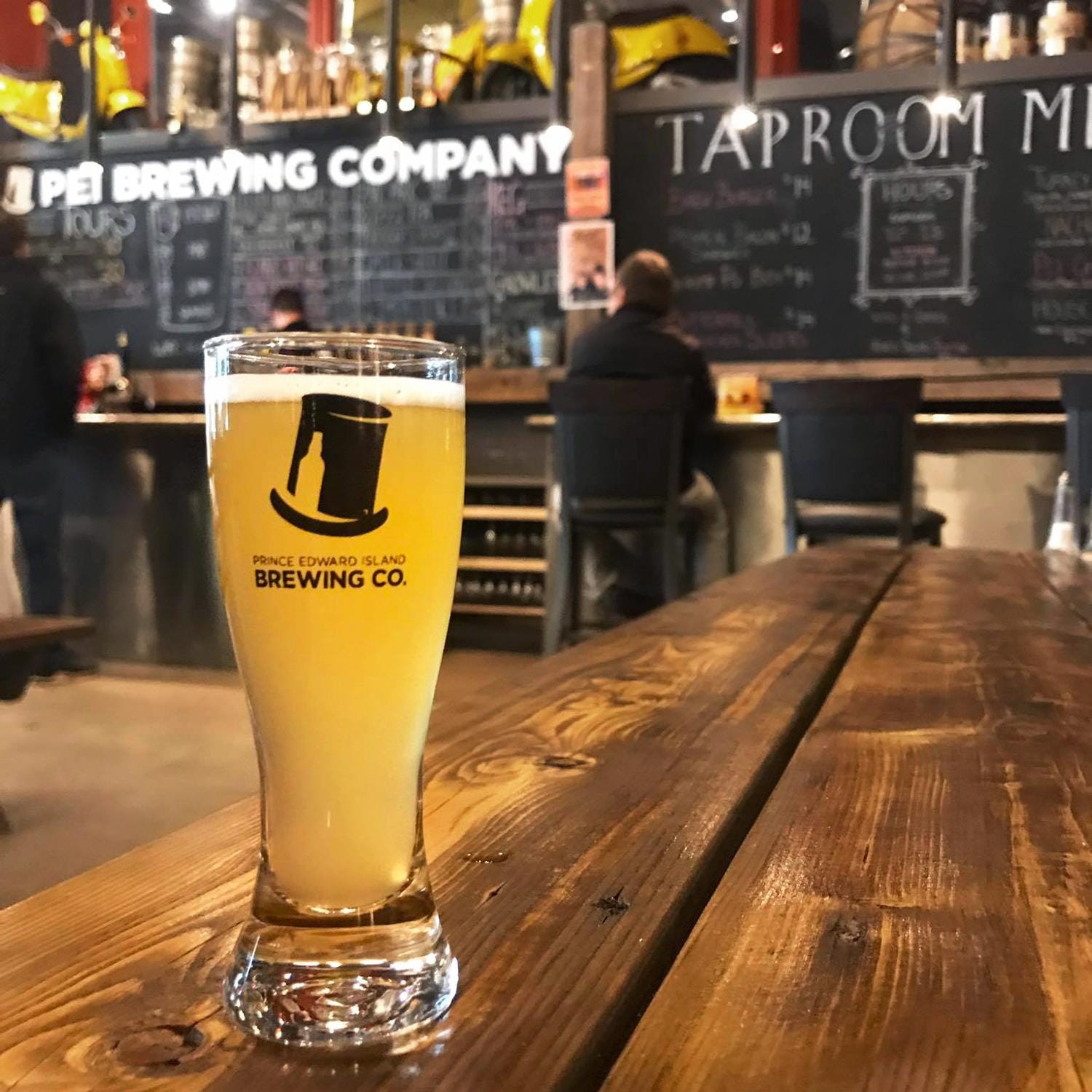 Thirsty for the best brews in PEI? Take your pick of a half-dozen local breweries that are steadily gaining fame for their products and tasting rooms across the province. Don’t miss Rose Valley’s Barnone Brewery and Hop Farm, the island’s only “beer farm,” where you can taste test its best flavors and catch live music in its loft or on the lawn. Head to Charlottetown’s PEI Brewing Company for a tour and taste of its gold-medal-winning, all-natural craft beer. The scene is still expanding too, so head to new Copper Bottom Brewing Company’s taproom to taste the island’s newest brews in a restored, historic building. 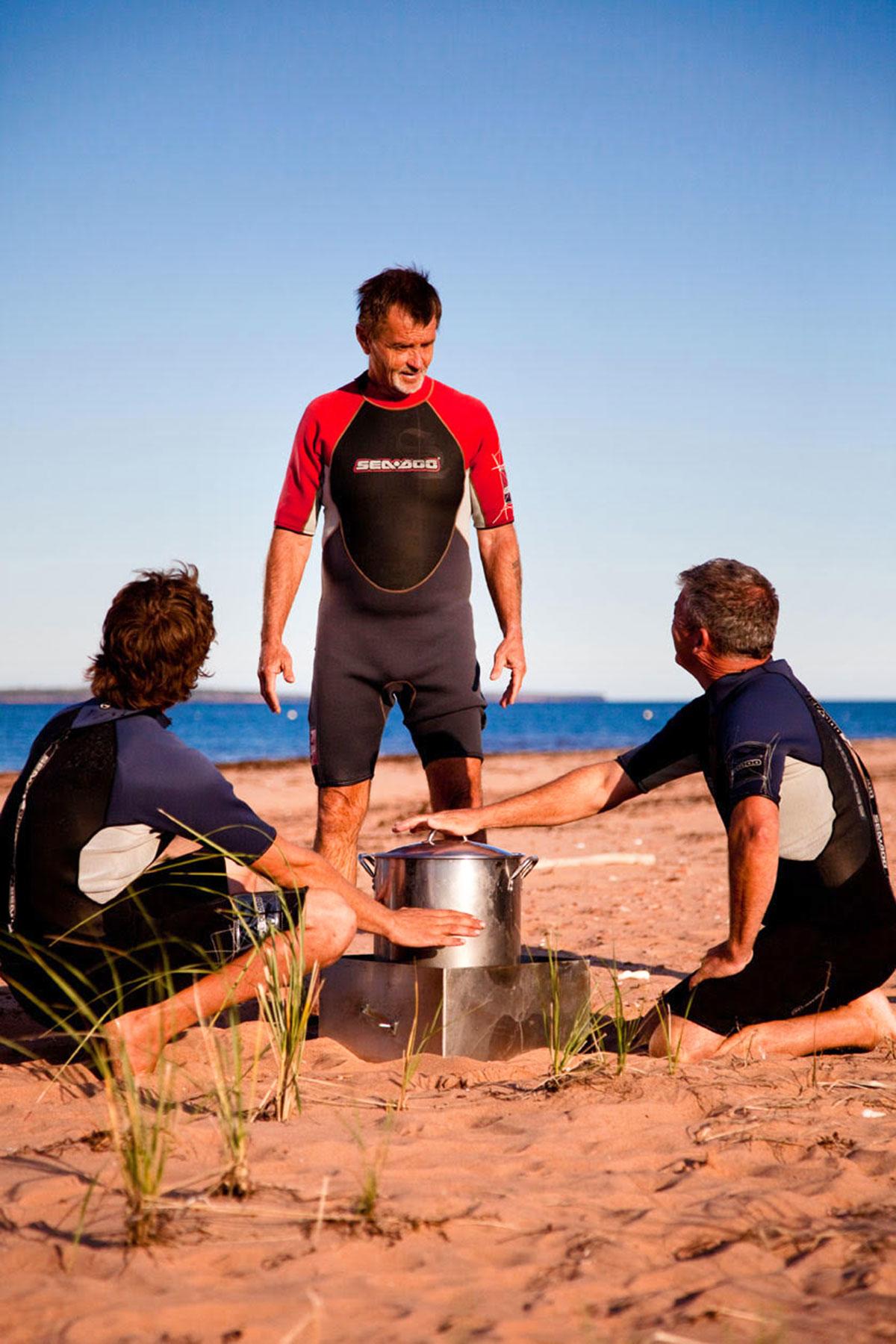 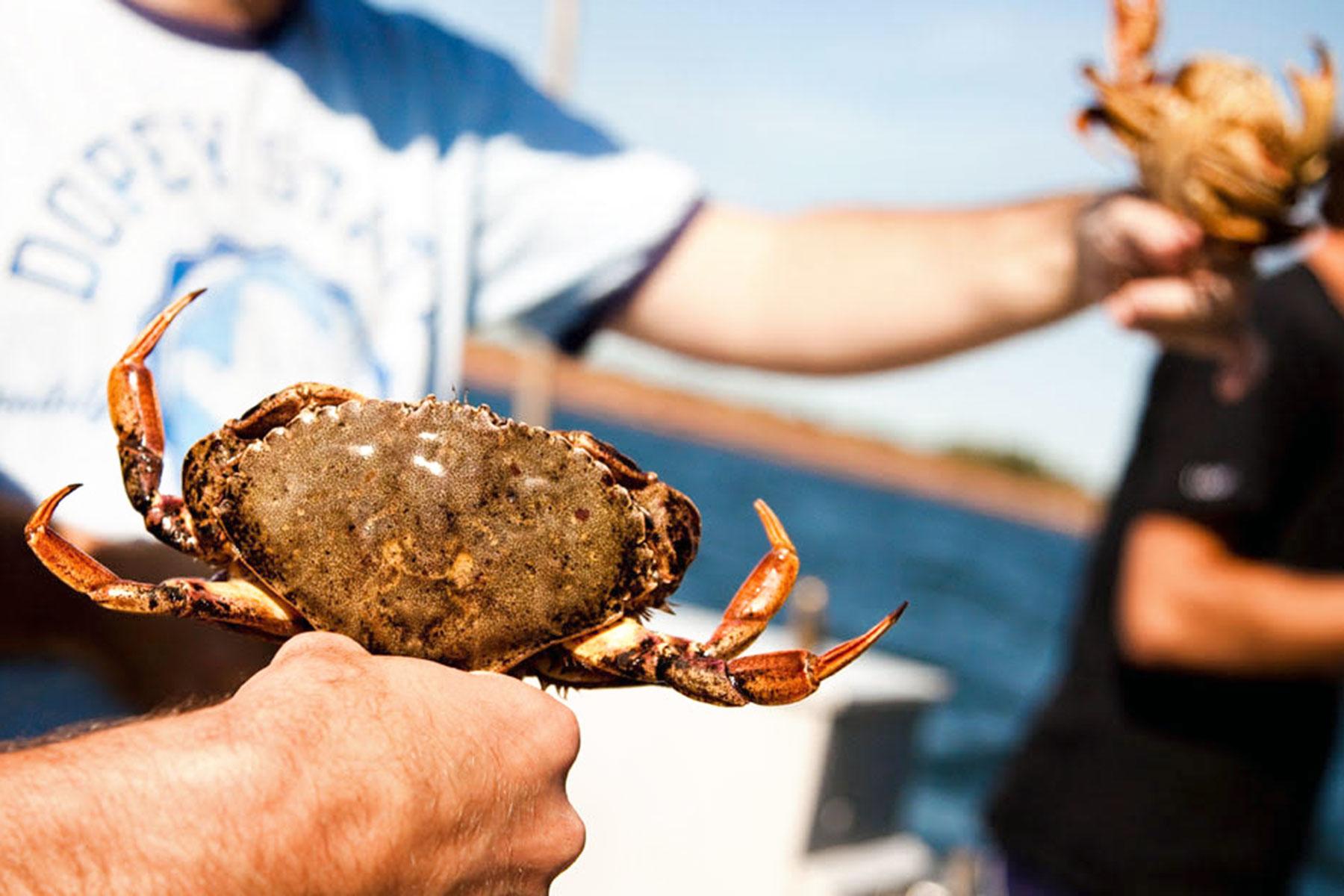 Which of these best suits you: clam digging, starfish hunting, lobster hauling, or snowmobiling? Take your pick with tours offered by Tranquility Cove Adventures out of Georgetown. The family-led excursions are a memorable way to dive deeper into PEI’s seafaring side. Plus many of its packages, like the two-hour Deep-Sea Fishing trip or Giant Bar Clam Dig, include grilling or steaming your catch on the spot. 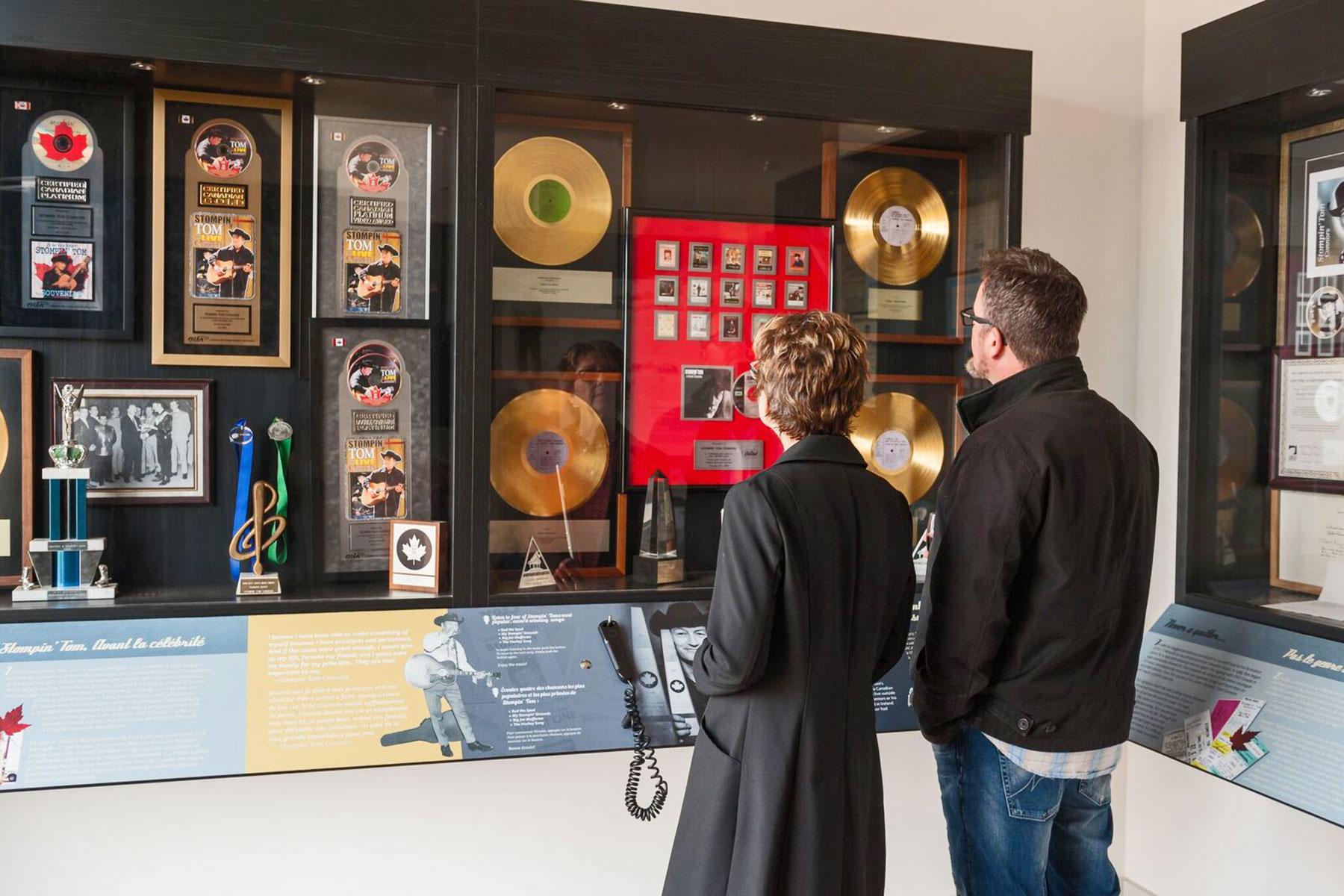 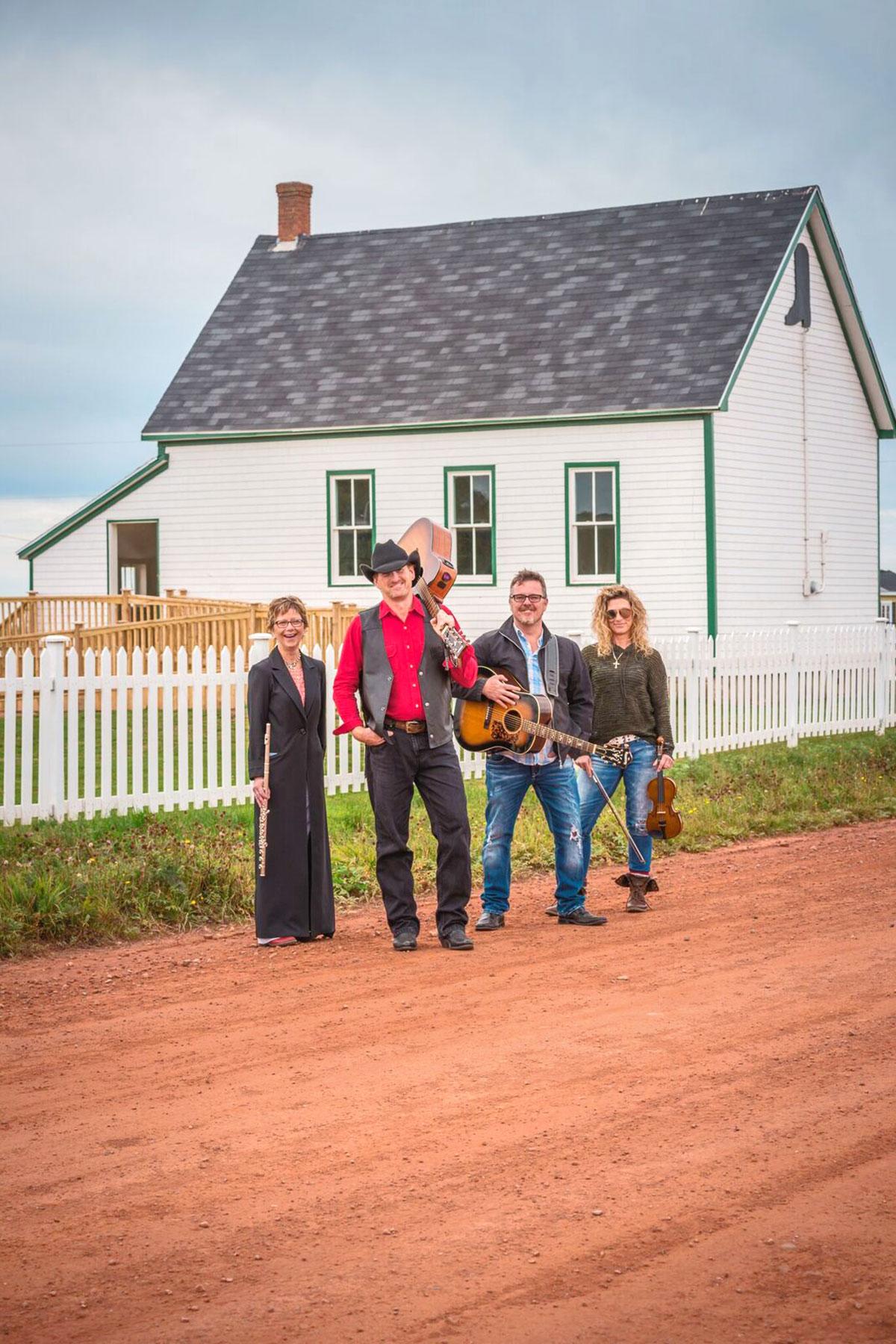 PHOTO: Heather Ogg
Previous Next
13 OF 13

Singer Stompin’ Tom Connors is a national icon thanks to his incredible musical catalog that celebrates all things Canadian—from “The Hockey Song” to “The Confederation Bridge.” To commemorate his life, the small western town of Skinner’s Pond transformed Connors’s boyhood home into the $1.2 million Stompin’ Tom Centre, which opened on Canada Day 2017, in time for the country’s 150th anniversary. Head here to learn about the man, his legacy, and to catch a little dinner theater and live weekend performances over its summer season.