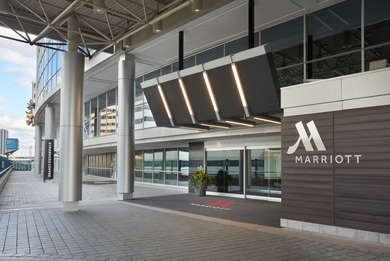 Where else can you watch a baseball game, pop-star concert, or monster-truck rally from the comfort of your room? This is one of the world's only hotels completely integrated into a massive sports and entertainment dome. After a successful renovation, the lobby and guest rooms are hip and comfy, with modern headboards, floating bedside tables, inventive art, sleek bathrooms and designer accents. The hotel's food and booze have stadium prices, but excited sports fans hardly seem to notice.

YOU SHOULD KNOW Some rooms rumble due to the subway and Go Trains. Soundproofing, in general, can be an issue at the hotel due to high traffic and early starts. Also, rooms with views onto the field are flooded with stadium lighting through the night. 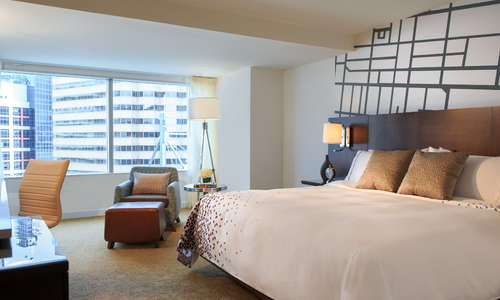 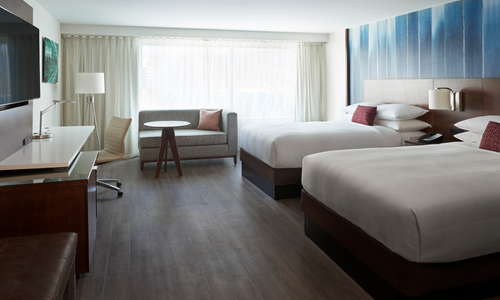 Flooded with sports fans, the lobby is a bustling city hub. It was recently converted from a Renaissance Hotel into a Marriott, so the entryway is modern and sleek--integrated into one section of the stadium's facade. There are TV screens to watch the game at every sight line, as well as comfy seating and areas to congregate with your buddies before and after the game.

Sweet. There's there's a Starbucks in the lobby for beverages and light treats. 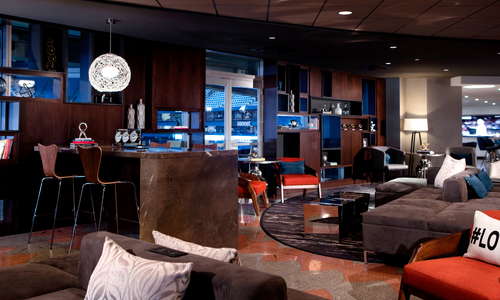 One level below reception, the indoor pool does not feel subterranean. It has a unique, crucifix shape, art deco tiles, and black and white accents. Although there are no windows in the pool area, it's a marvel of artificial lighting. Plenty of deck chairs and even soft sofas.

Doors opens at 5:30 a.m., so you can do a few laps before your power breakfast. 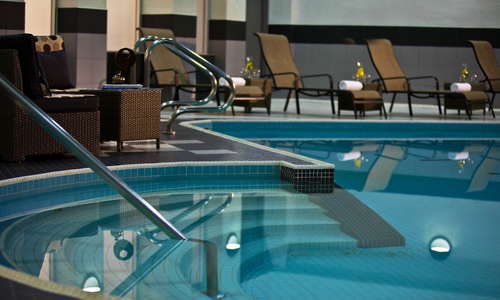 Called PhysioMed, the full-service gym is open 24 hours a day. It has soaring ceilings that belie its location downstairs. Some of the cardio machines have views onto the pool.

Step outside and use the running trails along the water!

All the food is served at one place, Arriba, known for their high-energy atmosphere combined with incredible views onto the Rogers Centre. Regulars love the steaks and house hamburgers made of 100% Canadian ground beef. Breakfast is a full buffet ($24), with extra menu options. In general, expect stadium prices on the menu--meaning, high.

It's like you're sitting on the baseball field--especially with the HD visual feed and real time audio. This is the best spot for fans to feel a part of the game. Make sure to reserve ahead to snag stadium-view seating. 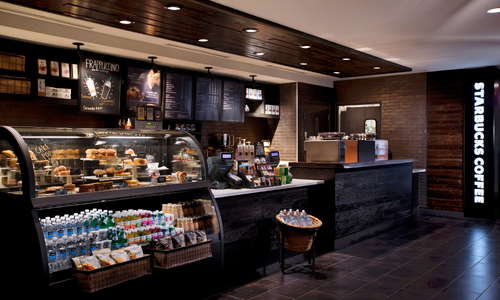 Conviviality reigns at Arriba's. Lit from beneath, the actual bar is extra-long, with comfy chairs and three screens to watch. The menu is generous, with lots of choices, but get the "dirty fries" (poutine) and the Flyte of Fancy ($15)--three gourmet bites made by the chef. There is a healthy red wine menu, five sparking labels and classic cocktails. 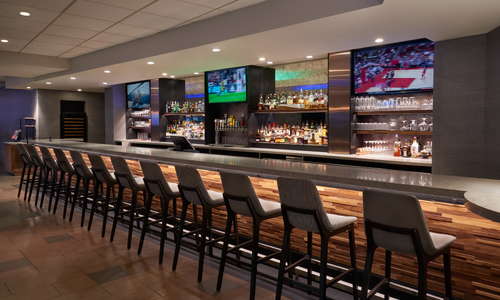 Valet parking is $45 per day and we advise you to take it. Parking is scarce, expensive and tricky by the Rogers Centre. However, Union subway station is nearby, PATH access is easy and taxis wiz along the busy streets to pick up tourists.

360 The Restaurant (4-minute walk) is as much a tourist destination as the world's highest restaurant. Spectacular views, and fresh-market Canadian cuisine. For another dose of Canadiana, go to Wayne Gretzky's (6-minute walk) to enjoy The Great's One's personal hockey memorabilia. Best sellers from the menu include Korean BBQ chicken pizza, pork tacos and Wayne's famous wings.

Baseball, Bon Jovi, Bruno Mars--see it all, and more, at this lively hotel inside the Rogers Centre. We love the location for other attractions (Hockey Hall of Fame, Ontario Place, theatres, shopping) and running along the waterfront. With a winning renovation under their belt, the Marriott looks fresh and--how do we say this--not too corporate. There's style in the guest rooms and bathrooms. Don't expect a quiet retreat, however. This hotel has some noise issues, due to its unique location, but the air of excitement is worth any inconvenience. Reserve early to get one of the 76 rooms that look directly onto the stadium. 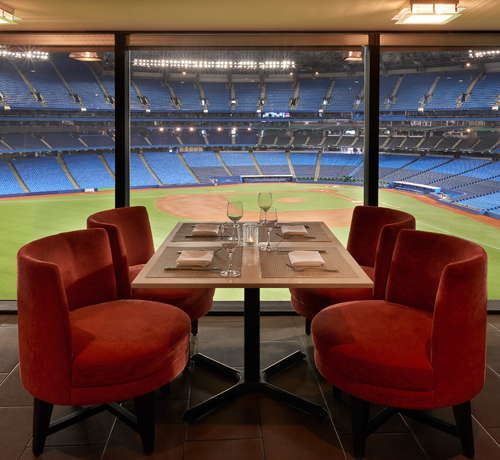 #3 The 5 Best Hotels in Toronto for Sweet Views 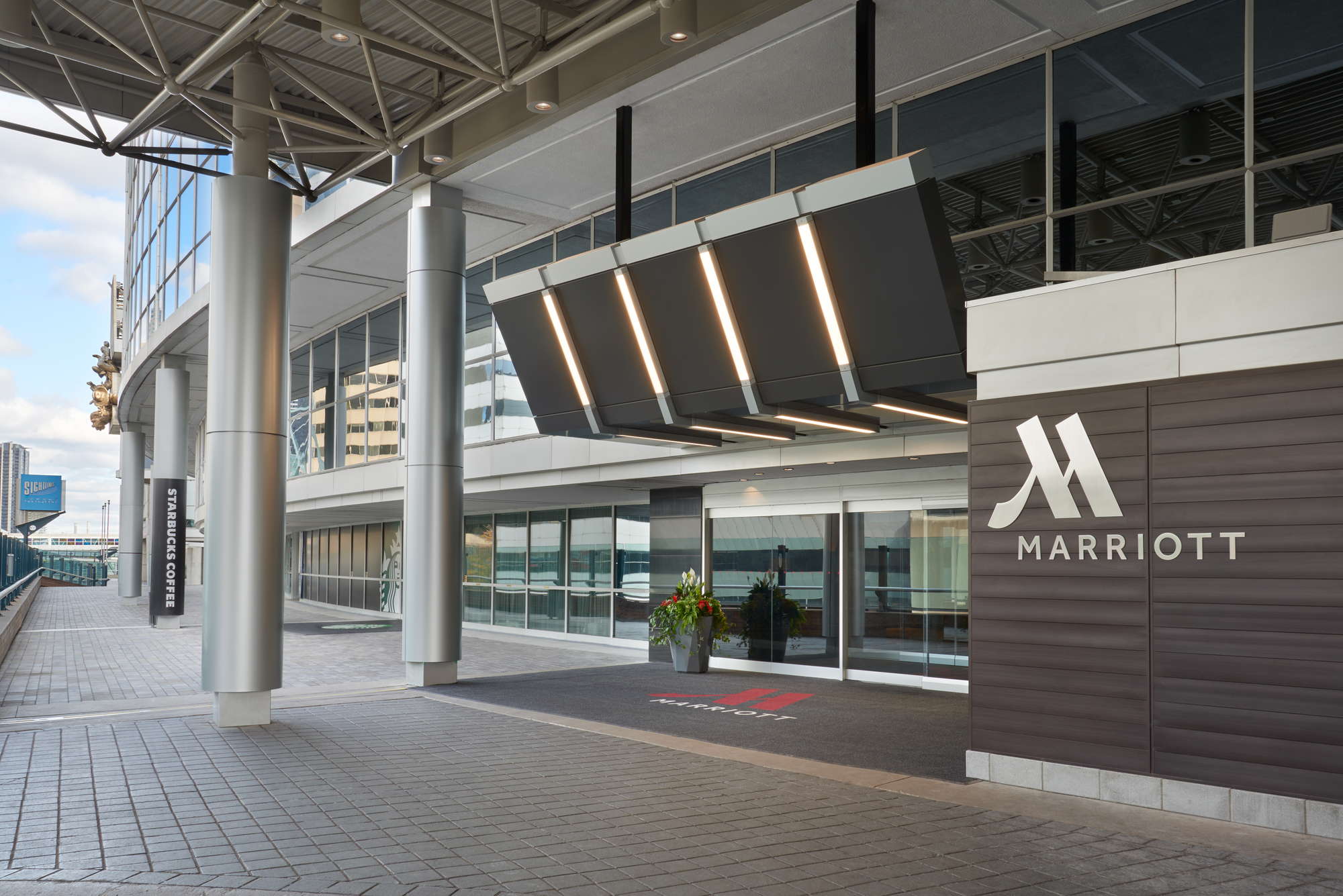 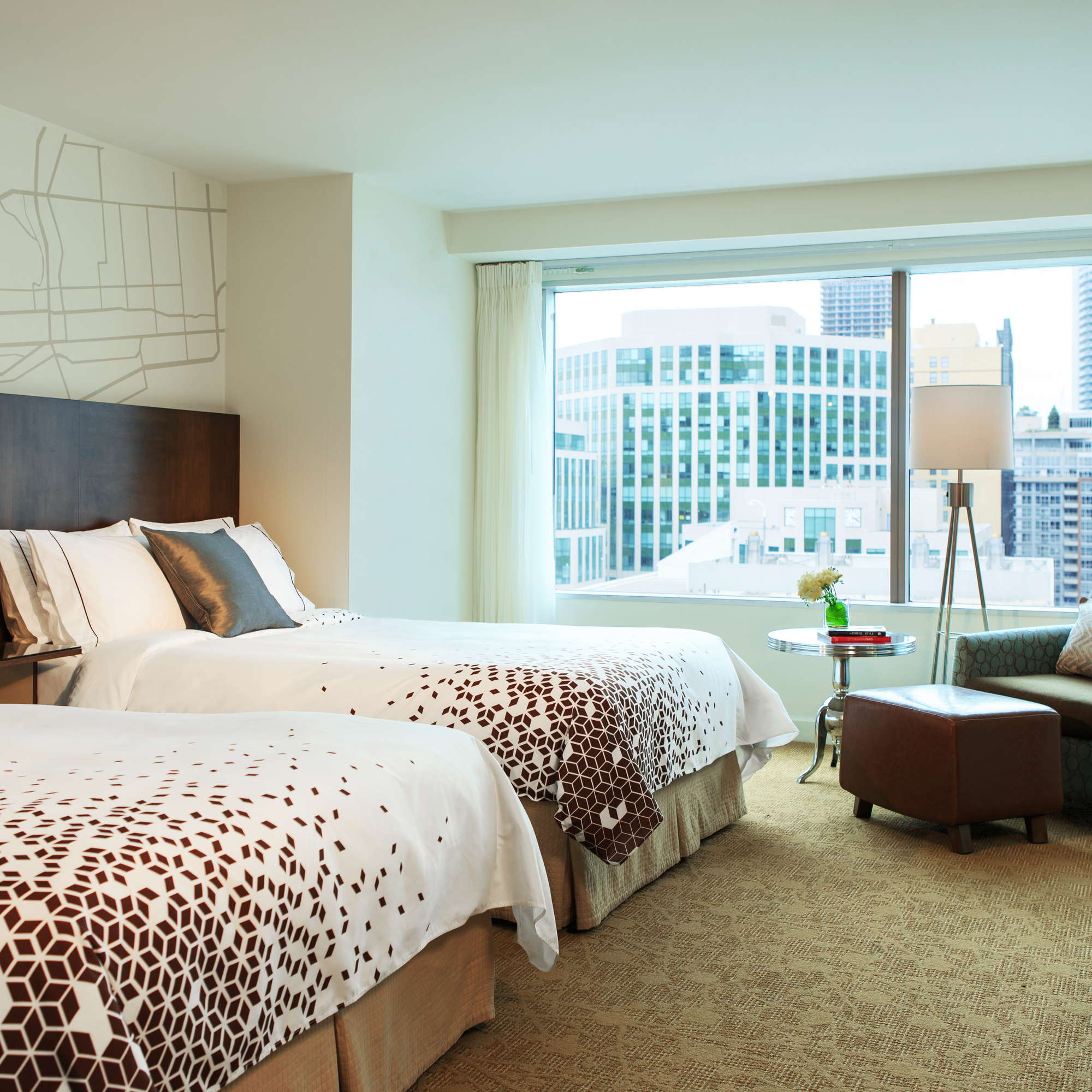 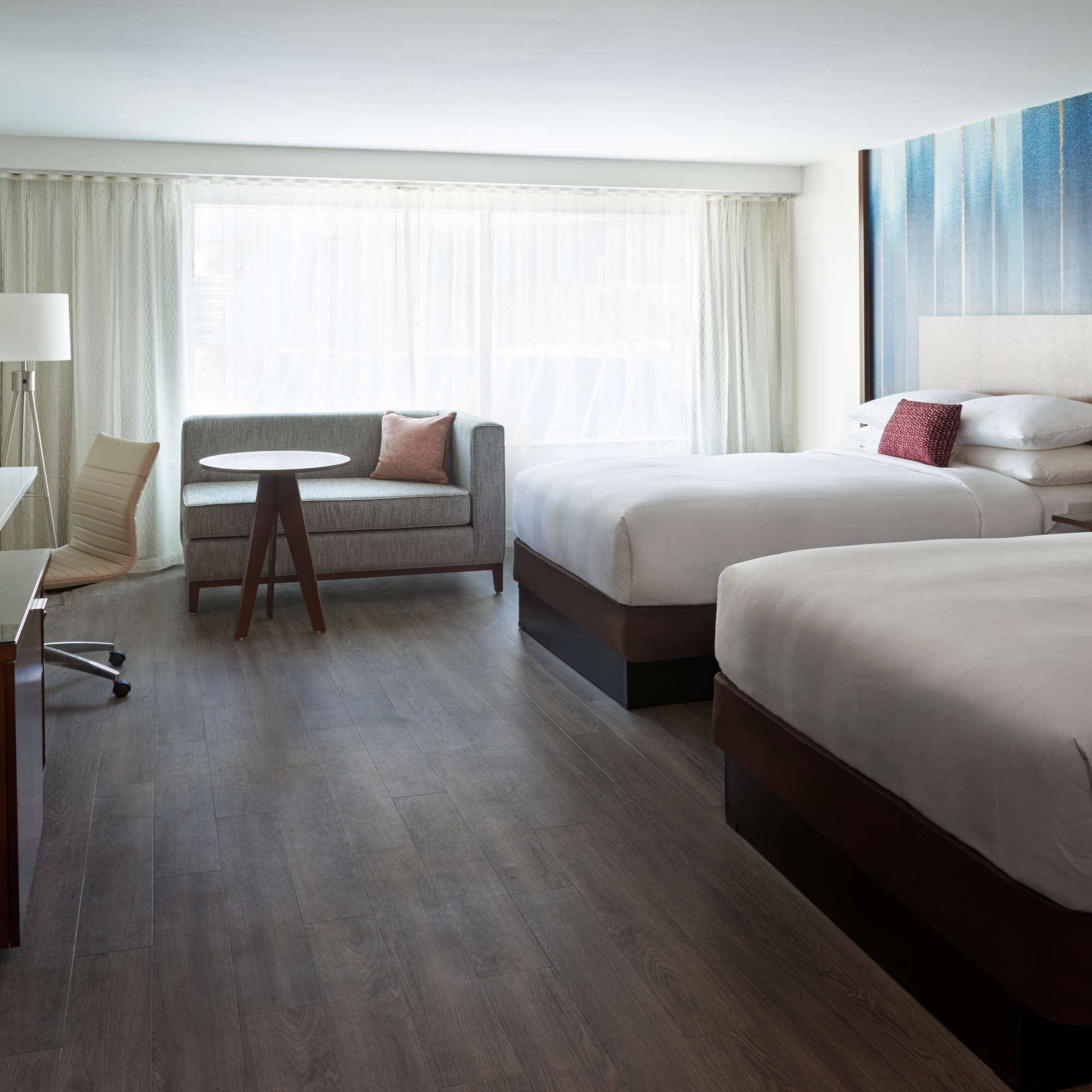 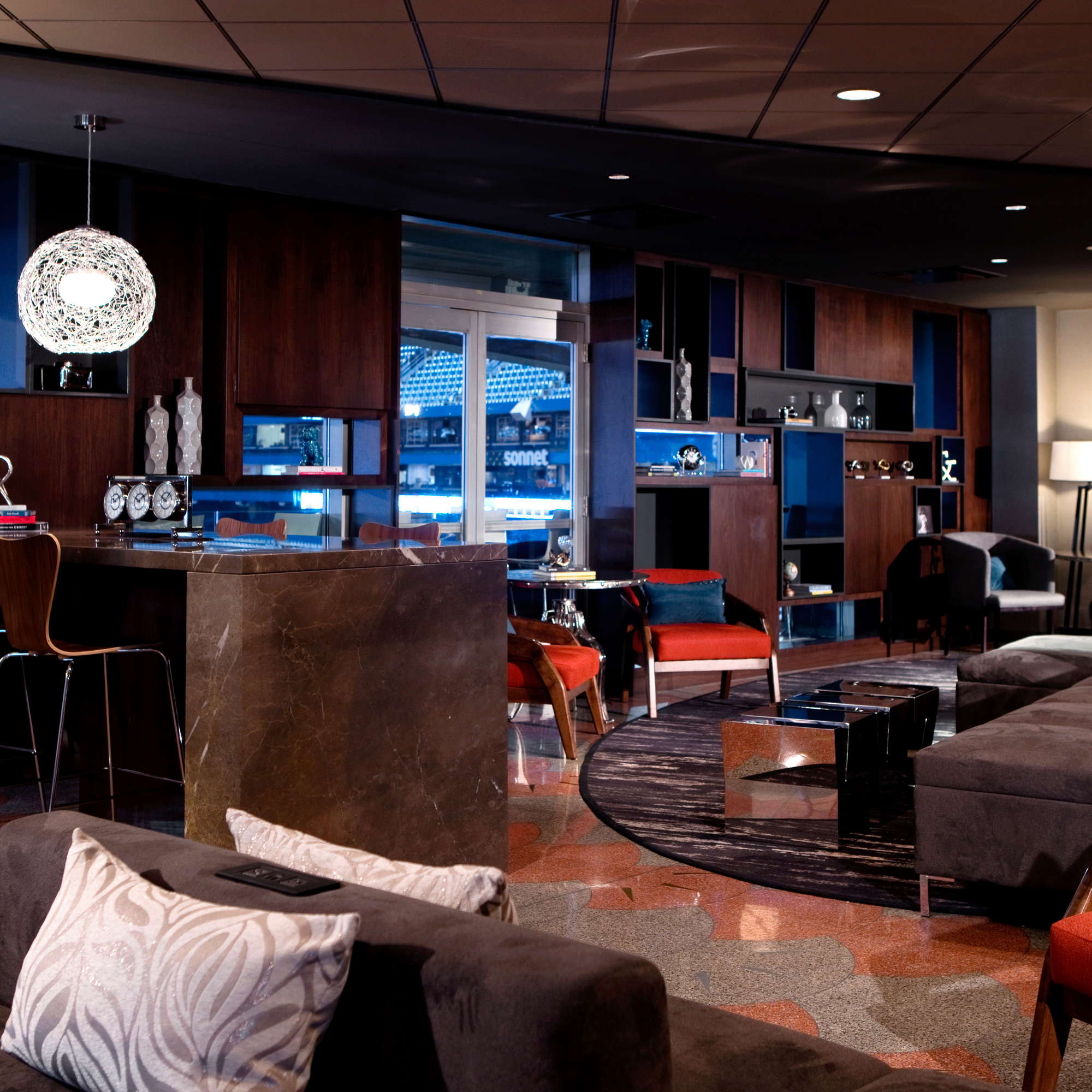 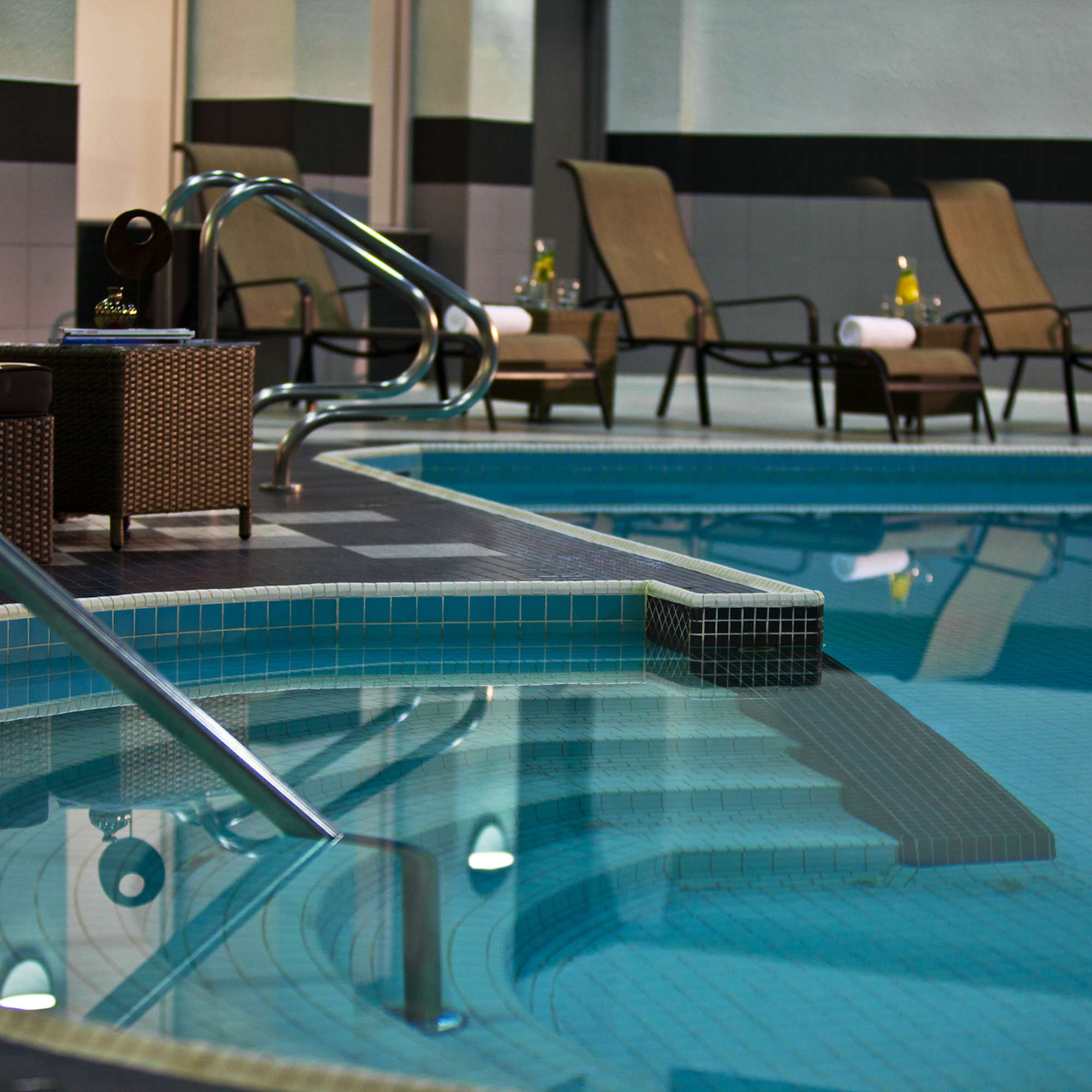 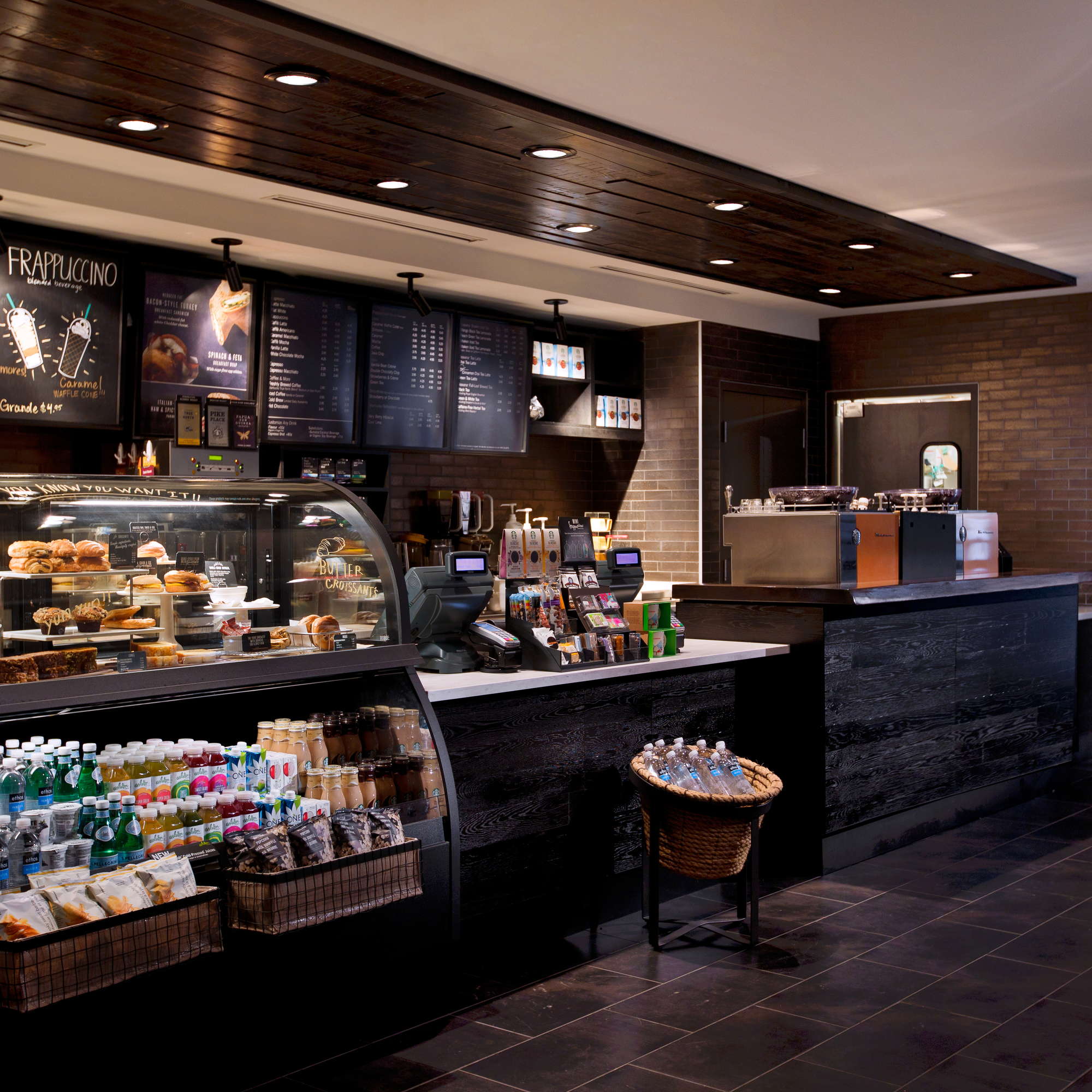 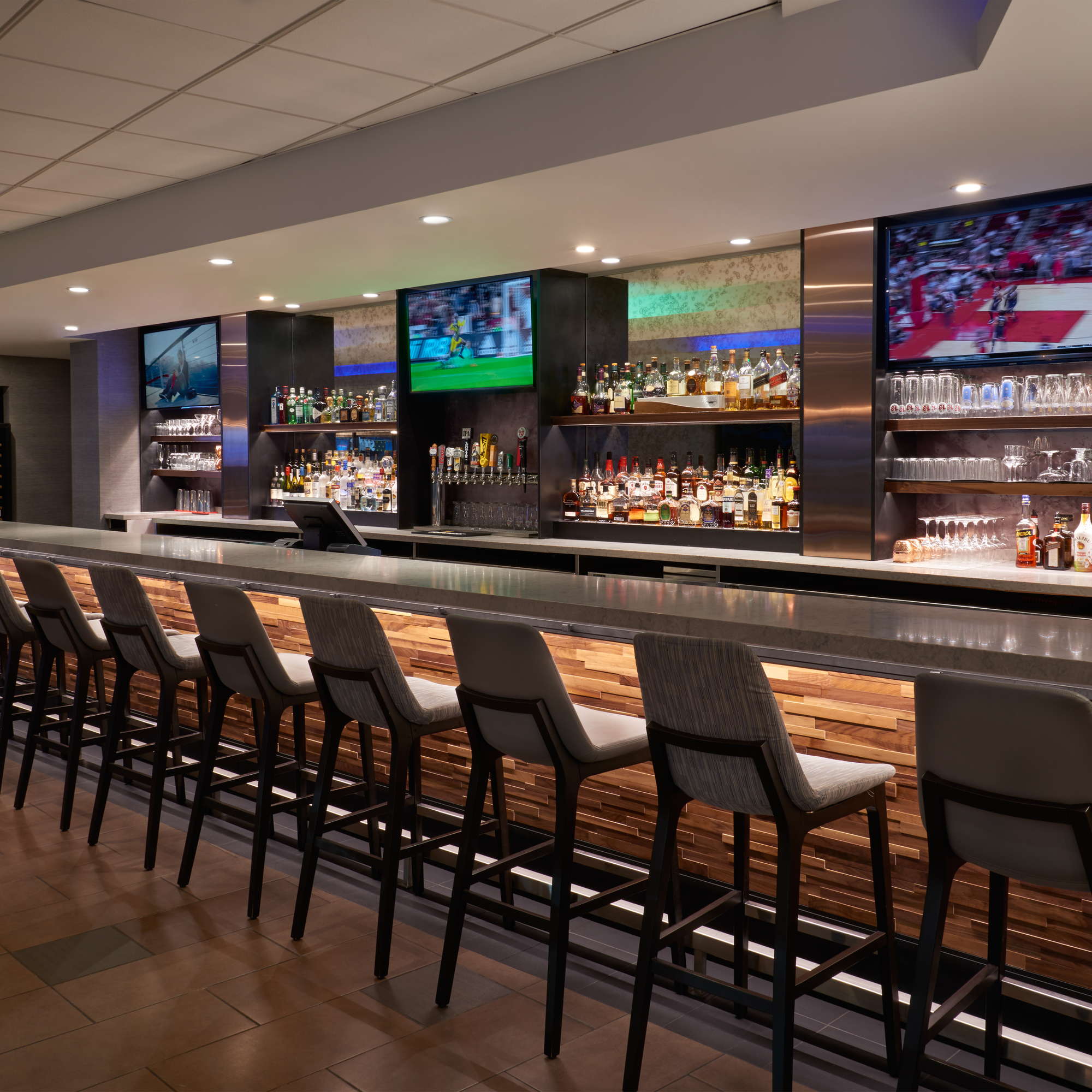