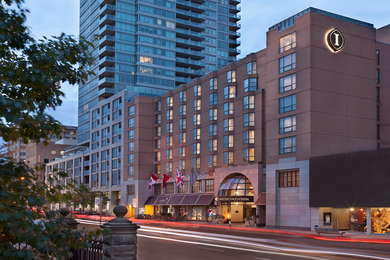 Directly across from the Royal Ontario Museum's stunning Crystal addition, the InterContinental in Yorkville is a stately and reliable destination for business travel and tourism alike. While the lobby needs a re-do to keep up with the dining areas and renovated rooms, the hotel's service is impeccable (the concierge is a cut above) and the property has a wonderful lap pool. Guest rooms have been refreshed, partially, with yellow accent touches and pillowtop mattresses. But the real draw is Proof Bar, with its clublike opulence, excellent menu, snacks, tea, and cocktails with one of 50 brands of vodka.

It's amazing what an updated throw pillow can do. The renovated rooms have butter yellow accents, like pillows, lamps and a blanket on top of the crisp white linens. It does the trick, giving the space an instant update. The gray sofas and armchairs are comfy and modern, but the desks and drawers are still traditional style and look ready for decommissioning. When that happens, please install more power outlets! 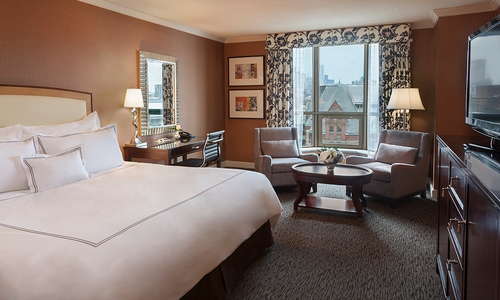 Some have pedestal sinks, some have counters, some even have bidets. But all bathrooms have big mirrors, fluffy towels on sturdy racks, shaving mirror on articulated arms, uncomplicated shower controls, and toiletries in colour-coordinated, yellow packaging.

The approach is grand, through a glassed-in awning at the entry and wide doors. Then--well this is awkward--the lobby isn't nearly as hip as the hotel's famed Proof bar, terrace and restaurant. It's all beige marble and dark wood panels. Aside from the dramatic two-story light fixture and the concierge's alcove, the lobby is a letdown in the style department. However, it delivers in efficiency and friendliness. 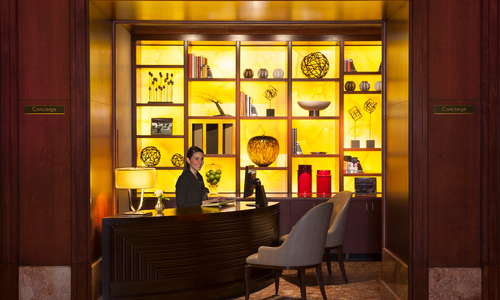 Miss your penthouse indoor lap pool when you're on the road? Well, they have one her. It's 14 meters long and opens at 5 a.m. for the most dedicated morning swimmers. Note the pyramid-shaped skylights flooding the lanes with sunshine.

YOU SHOULD KNOW The pool isn't very wide, so only a few swimmers can do their laps at the same time. 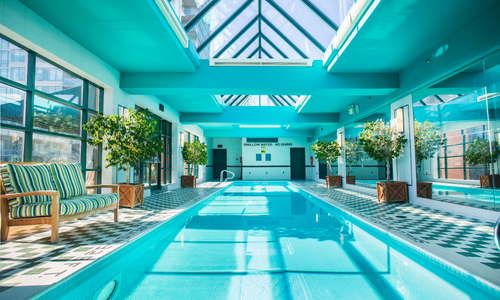 The eight-floor gym is lined with mirrors, and a few windows, creating an inspiring space for exertion. All the popular cardio equipment and weight machines are present, as well as balls, free weight and yoga mats. There's a water cooler for your refreshment.

Wow, those crescent-shaped booths in lemon yellow are bold. Blink. Yellow booths aside, Signatures restaurant is nearly all white, has clean lines and a recessed ceiling with a modern light sculpture to keep things interesting. The breakfast buffet is served here, as is dinner and lunch. Adam's Jerk Pork Chops are a hit, as is the beet salad, the salmon and anything with quinoa. The wine list is limited, but well edited. You'll get a glass you want. 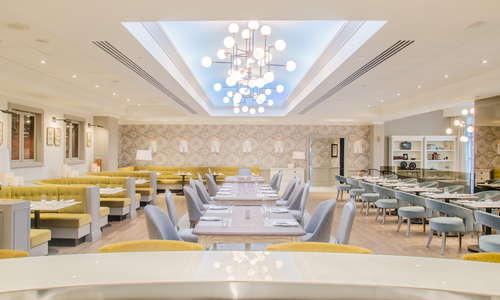 Proof vodka bar attracts locals from all over town--including other Yorkville hotels. Everyone loves their street-level terrace, the creative mixology, their Canadian cheese selection, the small bites and many kinds of vodka behind the bar. However, the big buzz is about the hotel's award-winning SkyLounge. As the name implies, it's a rooftop spot, and it has a Basque-influenced menu (pintxos small plates of food) as well as quirky cocktails. They're known for their over-sized floor lamps. Only open May to October. 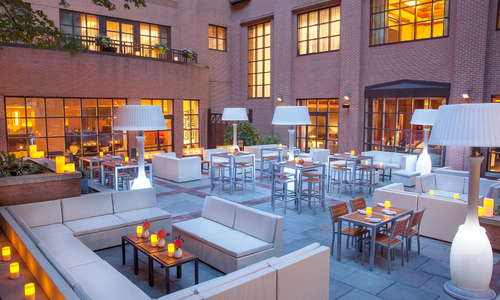 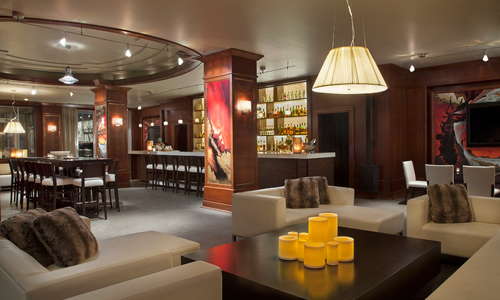 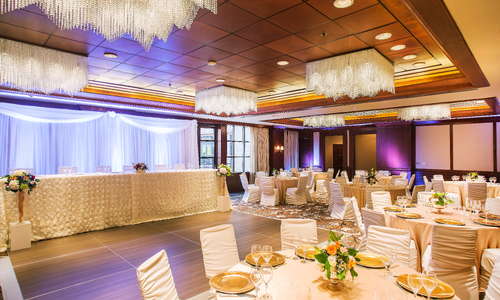 Near both the Museum subway station and the St. George station, the hotel is right on Bloor St. West--a major east-west artery across the city. There is covered valet parking at $10 per hour, up to $39 per day. A taxi from the airport should cost under $60. You'll be able to walk around Yorkville, the University of Toronto campus and the Annex with ease.

Press you expense account into service at Opus Restaurant (5-minute walk), where you can count on the creative European cuisine, high design and over 2,500 labels of wine. For an upscale French bistro, La Societe (4-minute walk) has it all--steak frites, mussels and a charming stain-glass ceiling.

You can't beat the local hotel bars, including One (6-minute walk) at the Hazelton Hotel, home to celebrity TV chef Mark McEwan, and D-Bar (10-minute walk) at the Four Seasons. They specialize in craft cocktails and small plates. But there's no reason to pass over the InterContinental's own excellent vodka bar, Proof.

The Yorkville branch of the InterContinental is on the northern edge of the downtown core, great for visiting the city's museums, posh residential areas (Rosedale), universities and tony boutiques along Bloor Street West. We love the hotel's cultural getaway package, its informed staff, and the cache of its bar and restaurant--both drawing guests from other hotels. Pity the lobby isn't nearly has hip as the dining facilities. Still, you may not notice because the front desk staff and the concierge are so skillful that you sail up to your room or out the door in no time. 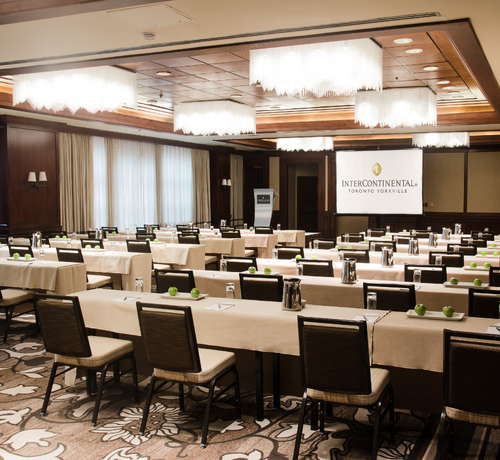 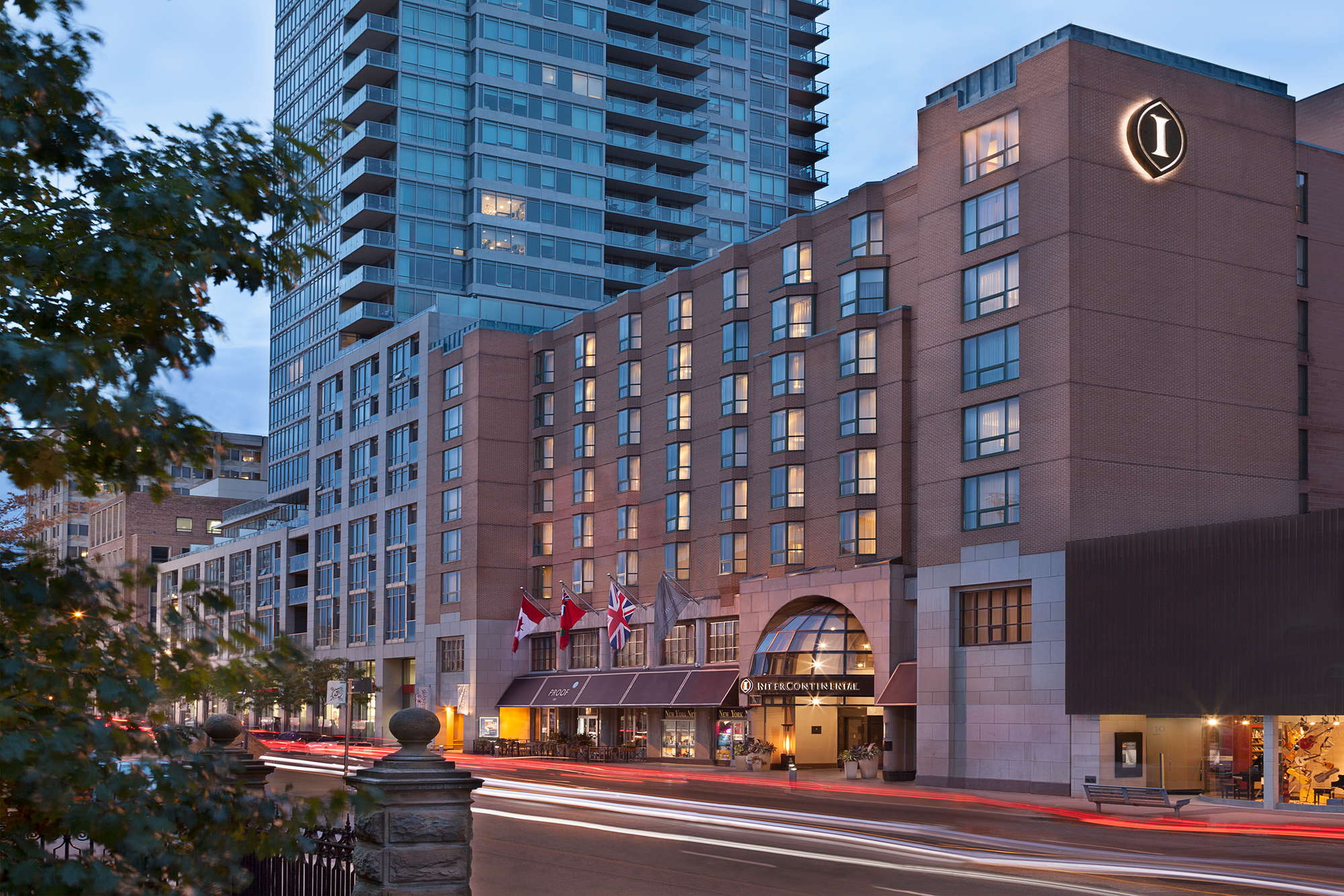 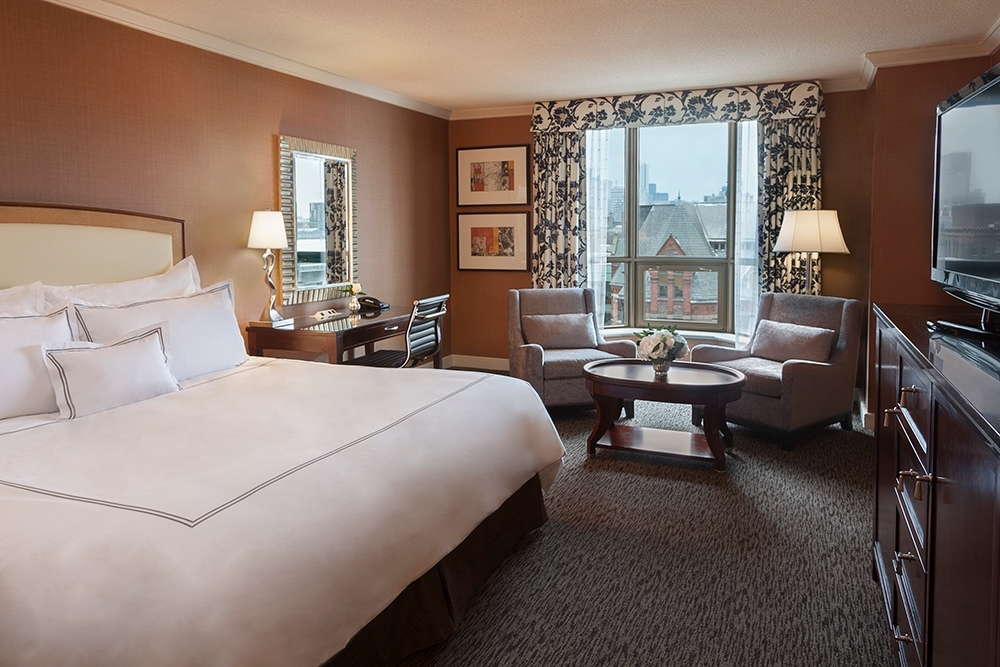 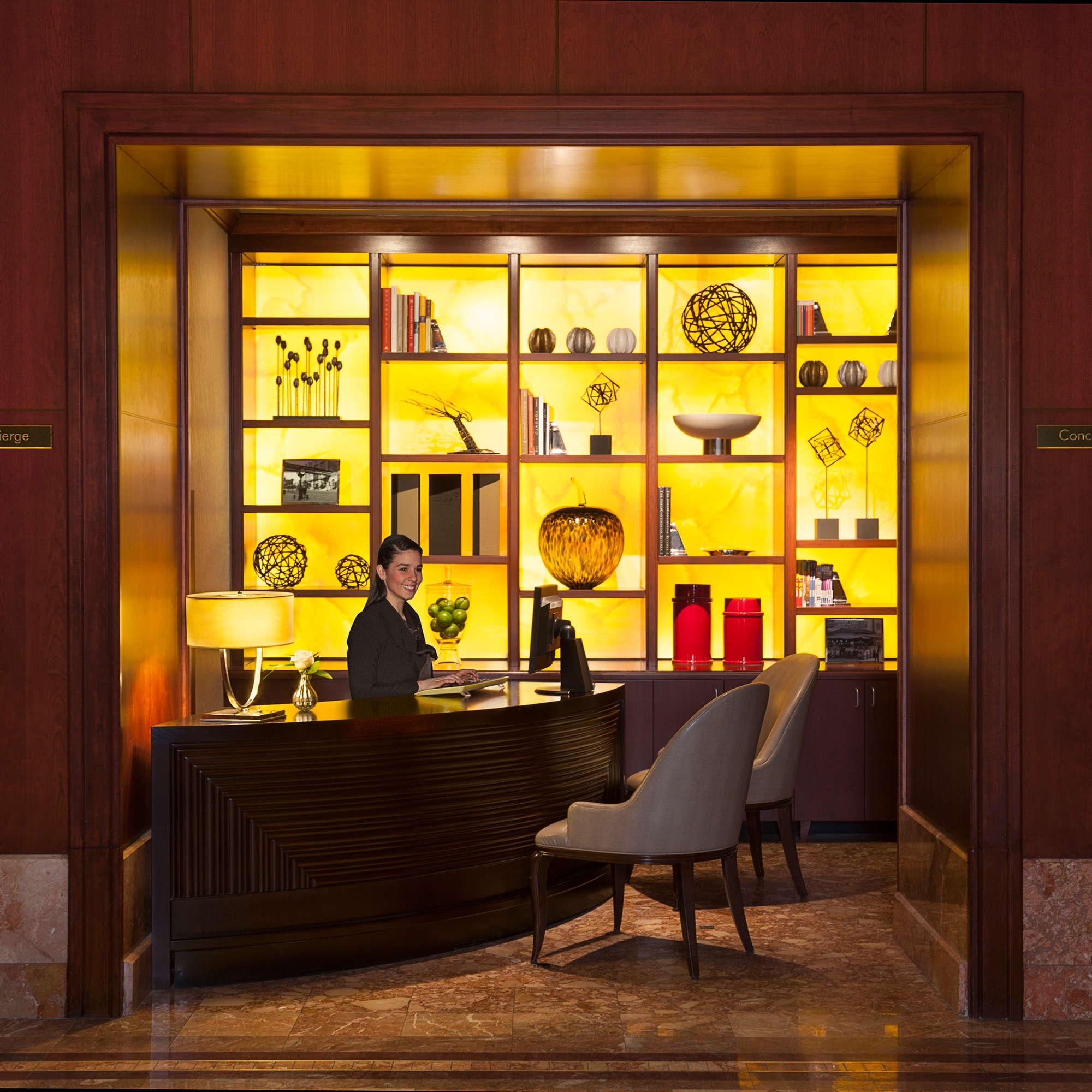 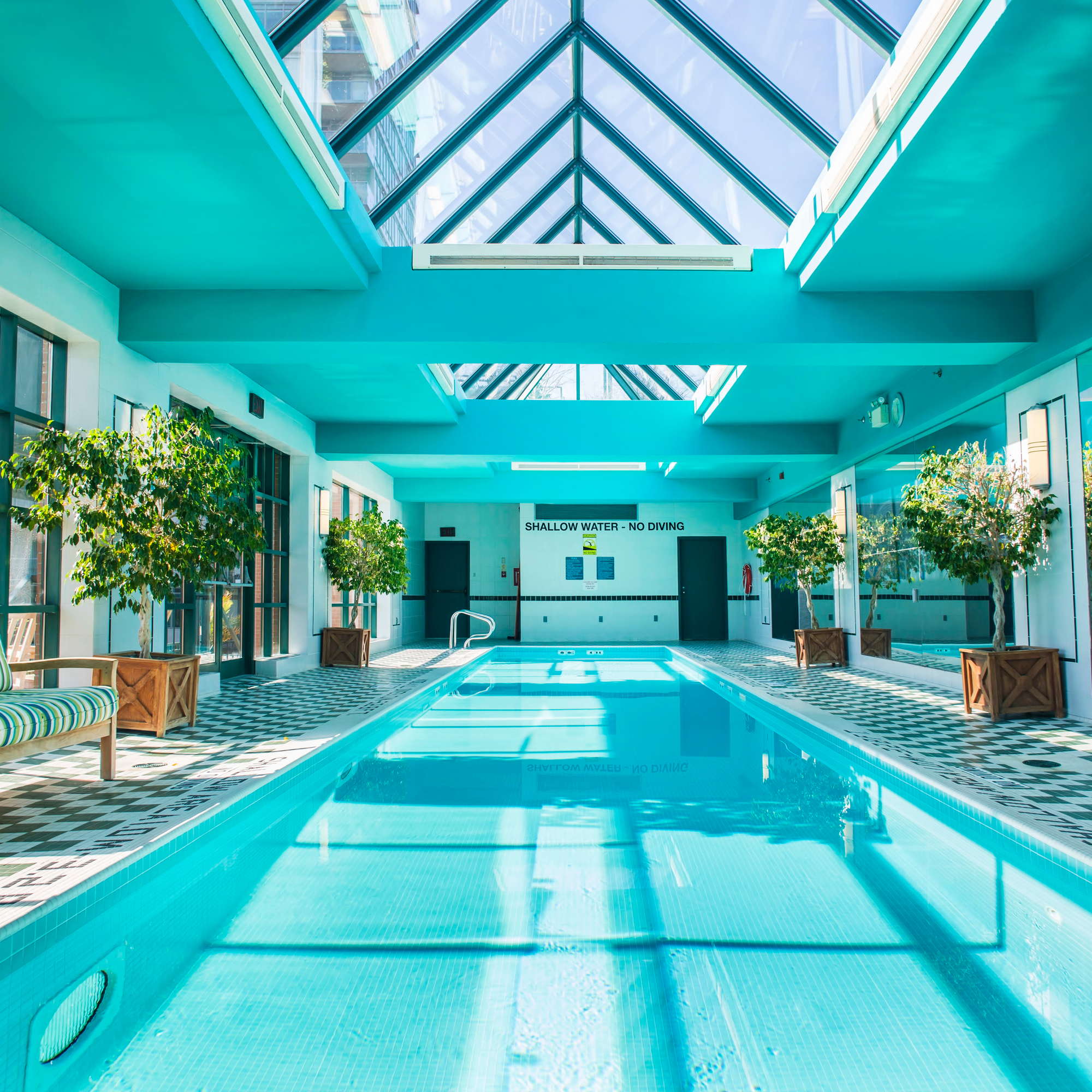 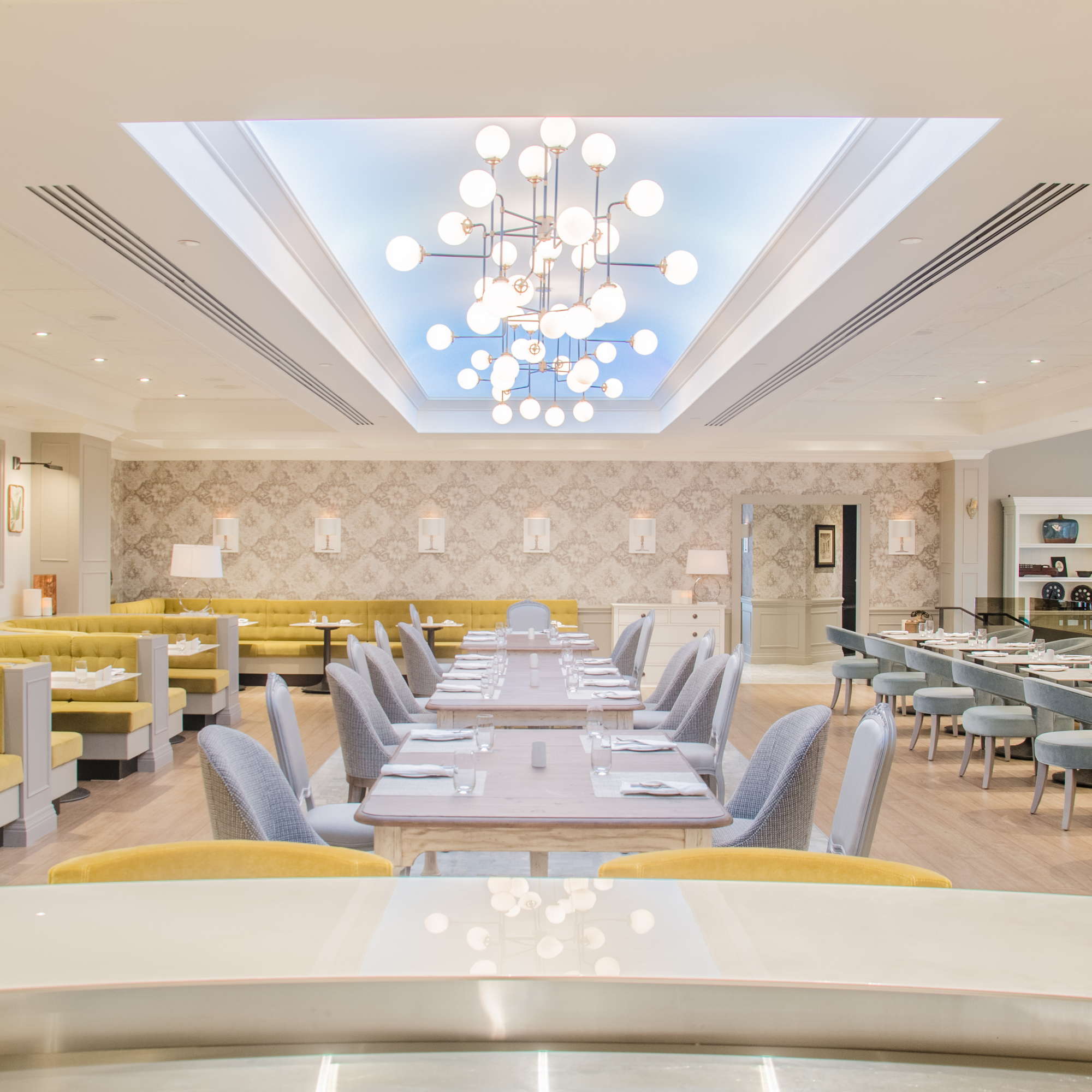 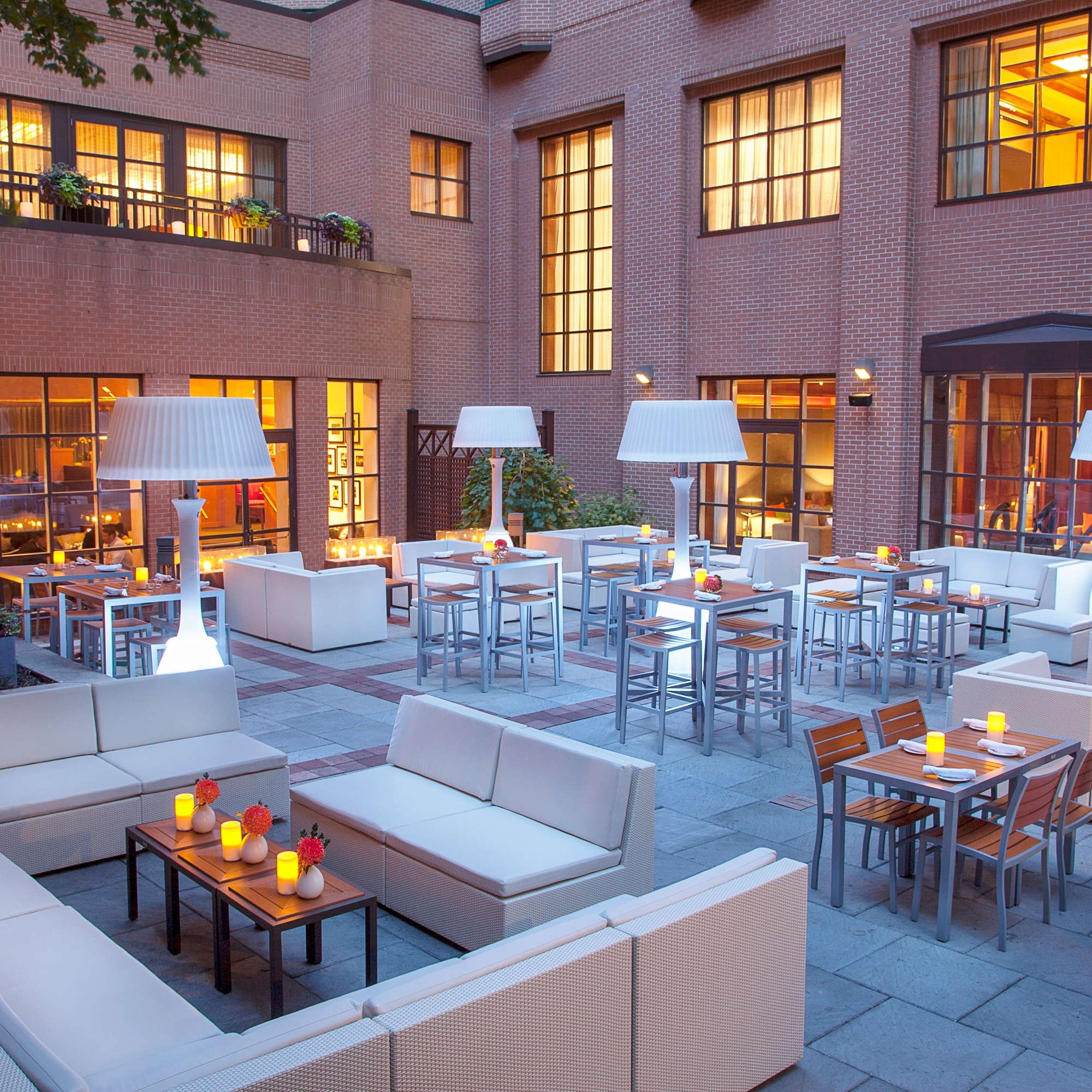 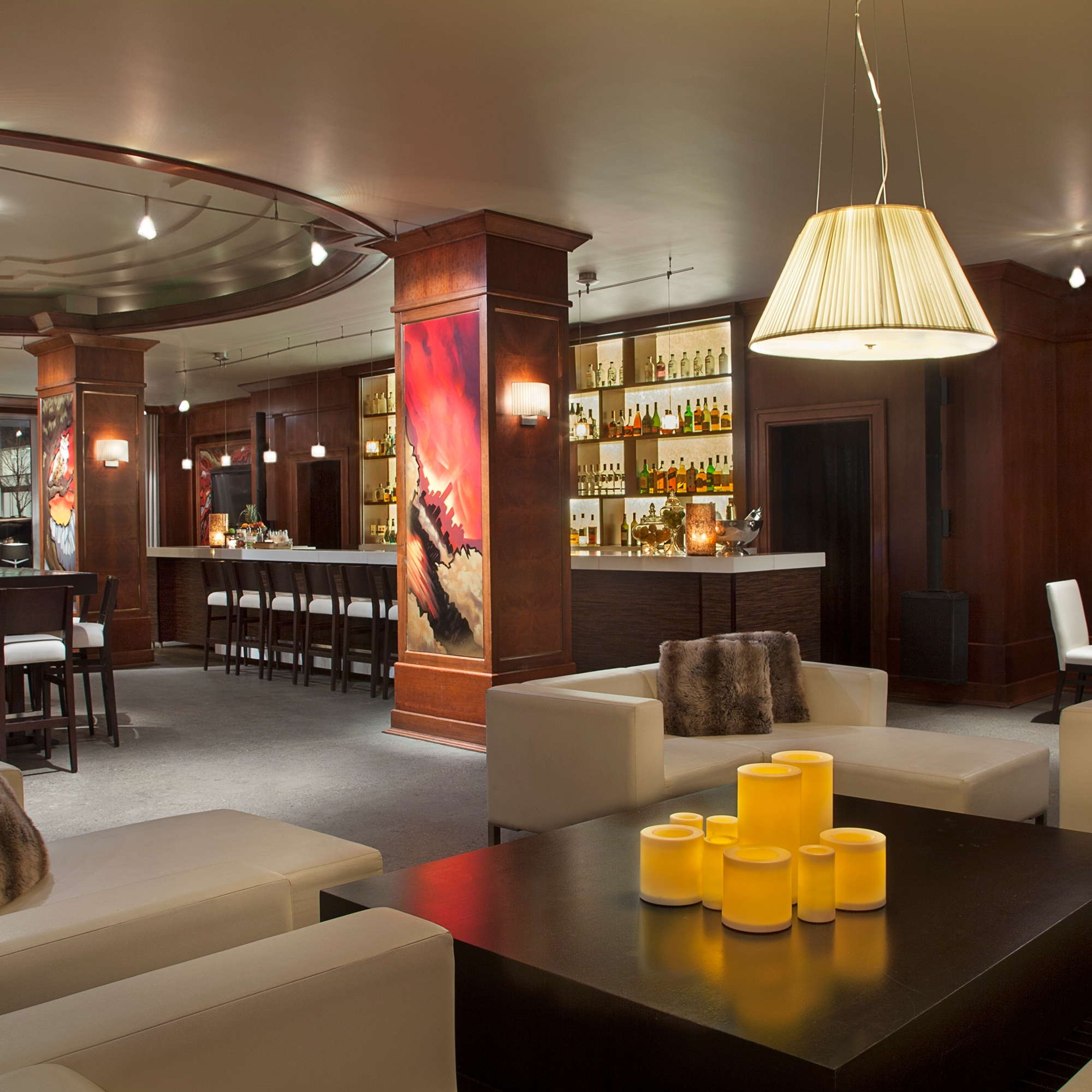 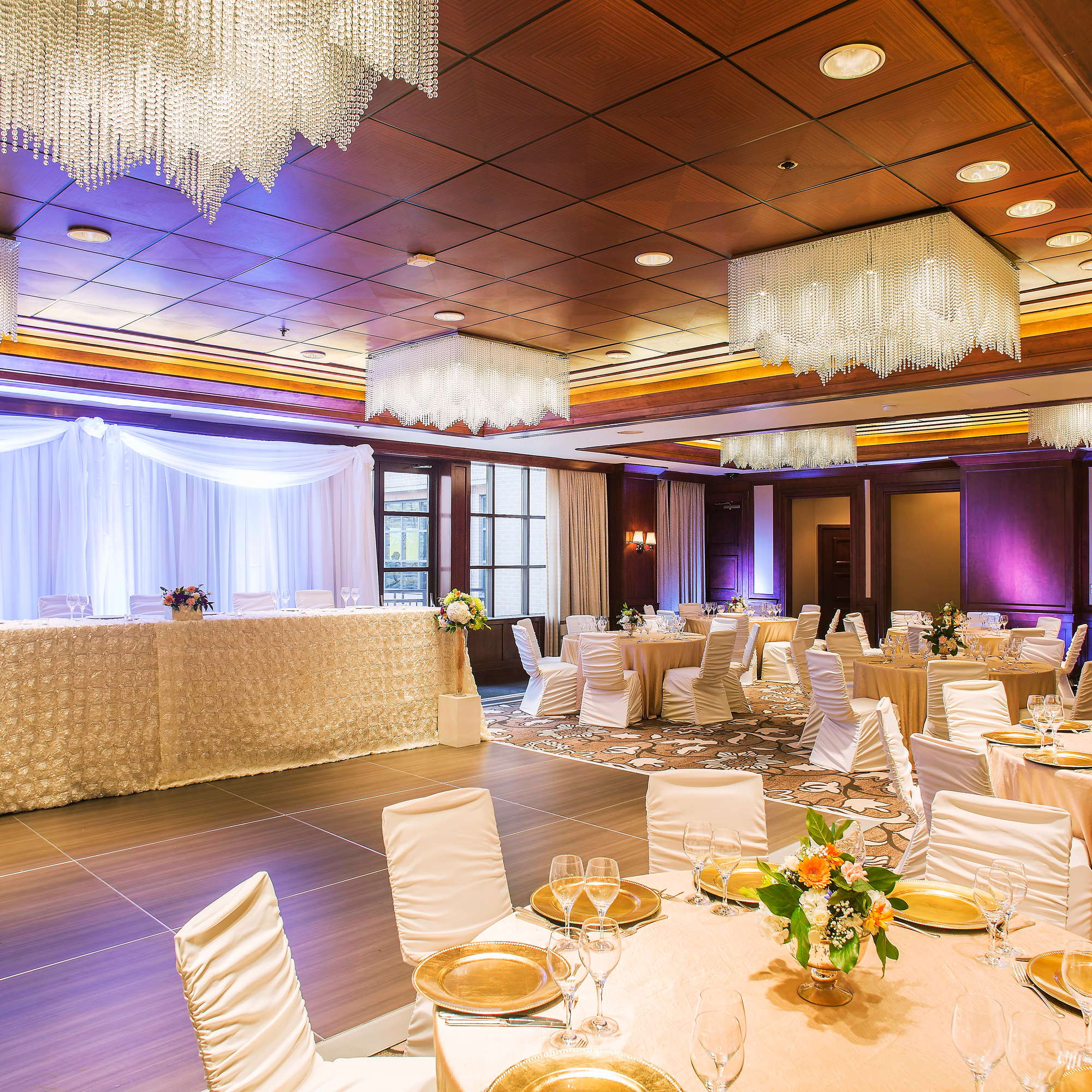