From kissing cod to the annual cod wars, there’s something fishy going on in Canada’s easternmost province.

Newfoundland has a long-running romance with a very cold fish—the Atlantic cod. When Italian explorer John Cabot sailed the east coast of North America in 1497, he described fish so plentiful they could be scooped up with baskets; in the coming centuries, cod fishing in Newfoundland would draw fleets from Spain, France, Portugal, and England.

By the 1990s, though, the waters had been overfished for so long the cod population collapsed. In 1992, Canada called a stop to cod fishing in hopes of protecting the remaining numbers, ending a tradition that’s helped define Newfoundland’s culture and cuisine.

But in the last decade, the Atlantic cod has made a slow return to the coastal waters of Newfoundland. And if codfish flop back to prominence in the North Atlantic, they’ll find a warm welcome in the province, where fishing history is celebrated in rituals that range from quirky to extremely quirky. Whether you’re getting “screeched in,” dining on cod tongues, or learning to fish yourself, here’s how to plan a cod-themed getaway. 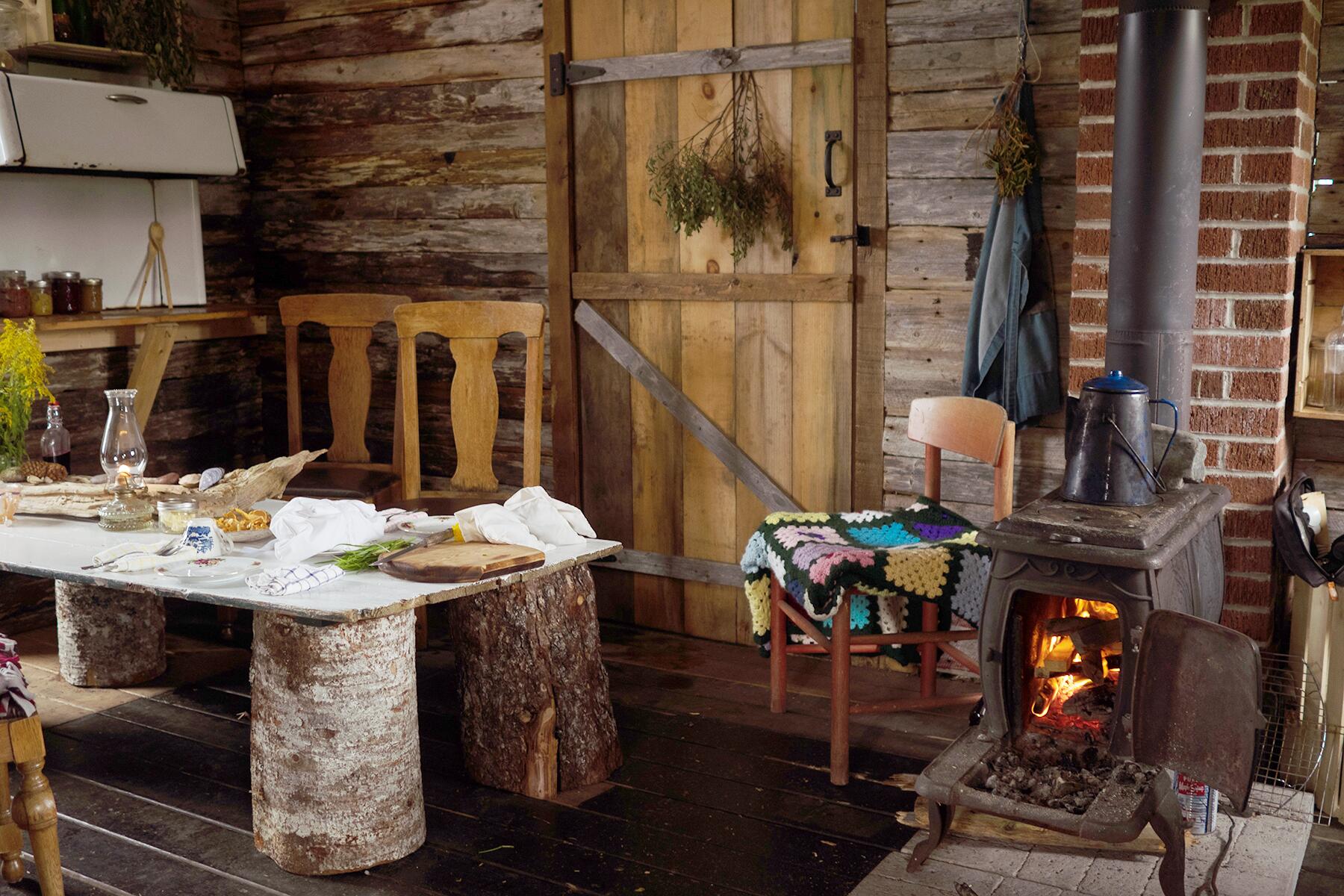 Live off the Land on a Cod Sounds Tour

When Newfoundland fisherman hauled in codfish by the bushel, they kept for themselves the bits no one wanted to buy: tongues, cheeks, and cod sounds, the air bladder that helps keep the fish afloat. For Newfoundlander Lori McCarthy, those humble fish bits are an essential part of sharing the island’s traditions in her Cod Sounds food and foraging tours. Grab a raincoat and some rubber boots to explore the woods with her outside St. John’s, searching for wild plants before you fire up a cauldron of fresh fish on the beach. 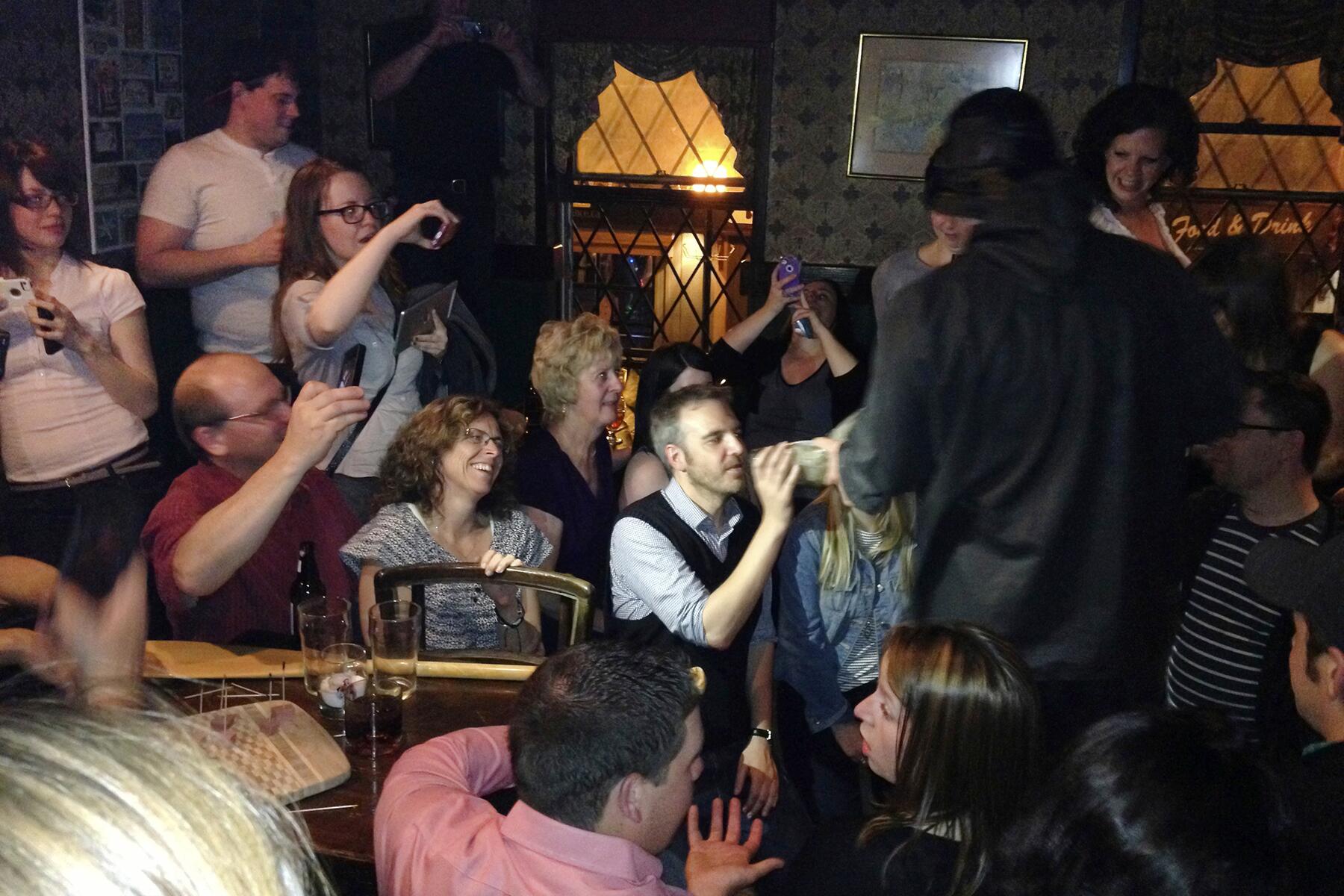 Kiss the Cod at a Screeching-In Ceremony

Pucker up for a codfish kiss and you could become an honorary Newfoundlander. The semi-traditional “Screeching In” ceremony includes a shot of “screech,” high-proof, local rum that helps lower your inhibitions for the remainder of the big event. Participants join a call-and-response recitation in exaggerated Newfoundland dialect, down a slice of bologna, and plant a wet kiss on a dead fish. Screeching in the CFAs—a local term for people who “come from away,” e.g., not Newfoundland—is a nightly event at Christian’s Pub in St. John’s. 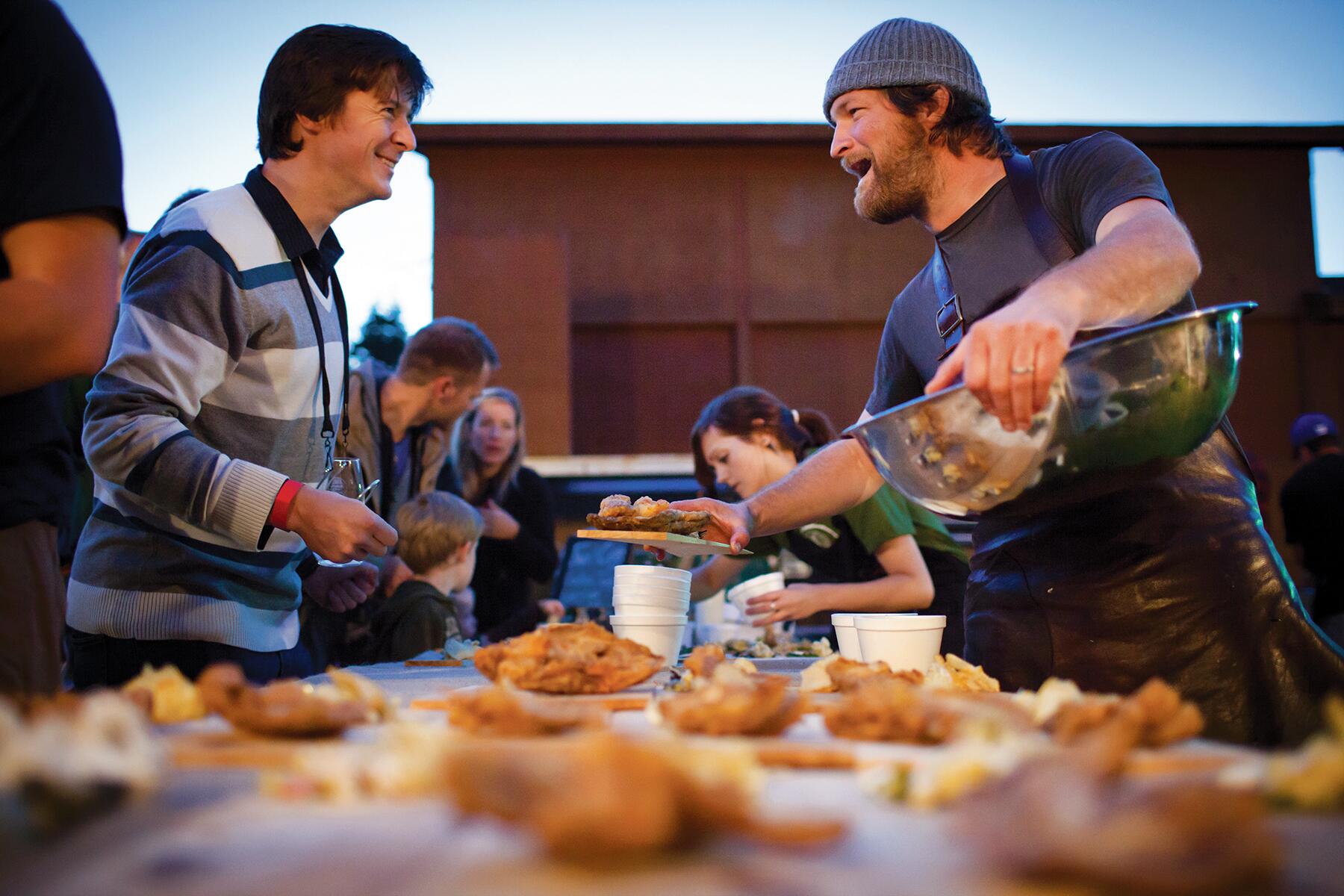 PHOTO: Courtesy of Tourism Newfoundland and Labrador
3 OF 12

Cheer on Chefs at the Annual Cod Wars Cookoff at Roots, Rants, and Roars

The remote community of Ellison goes all out for a two-day celebration of Newfoundland cuisine each September, when the festival Roots, Rants, and Roars takes over the town. It all comes to a head with the Cod Wars, as seven top Newfoundland chefs compete for the glory of the best cod dish on the island. 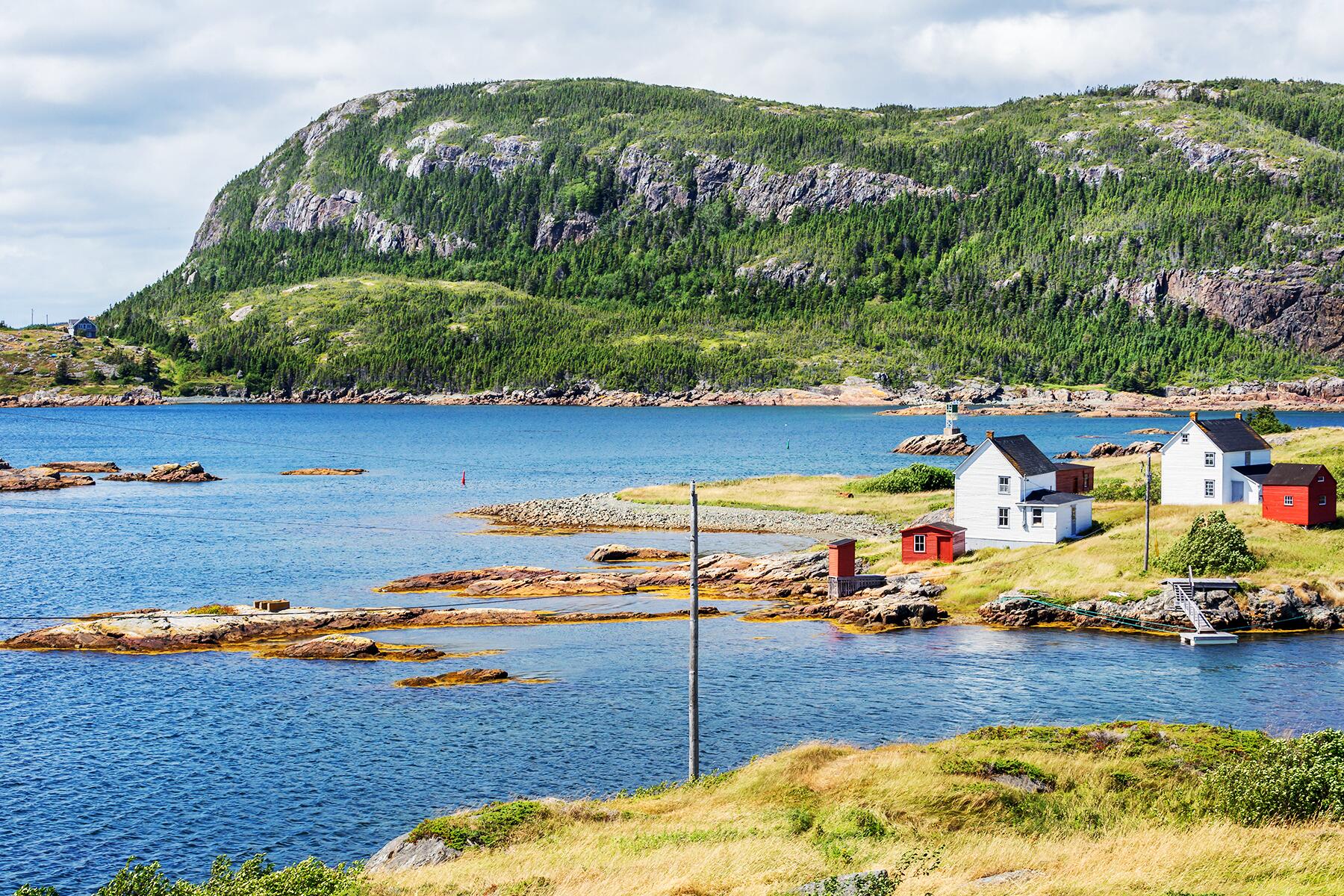 Stay in a Traditional Saltbox House Worthy of a Cod Fisherman

With sharp rooflines and rows of seaward-facing windows, saltbox houses dot Newfoundland’s most remote coastlines. The traditional architectural style is beloved, but many historic homes were abandoned as the island’s population gradually migrated to towns. In an effort to preserve that history, the Old Saltbox Co. is renovating classic saltbox houses into modernized rentals, with locations from Fogo Island to the wild southwest coast, where many communities can only be reached by boat. 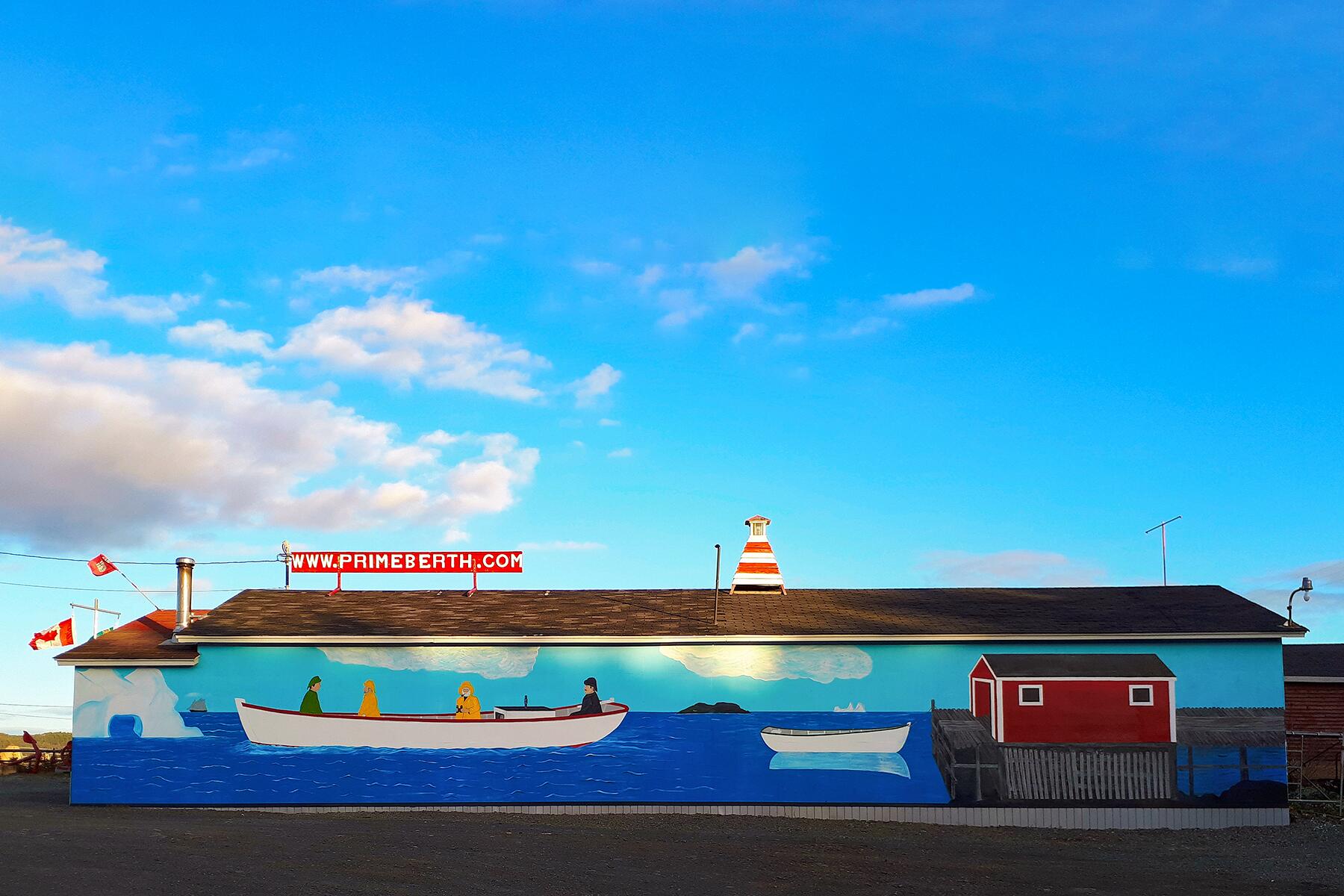 Haul in Your Own Cod Catch on a Boat Trip

Earn your fish and chips by hauling in the cod yourself on a fishing trip with Captain Dave, whose Prime Berth Twillingate Fishery & Heritage Center is the starting point for guided fishing tours. Once you’ve caught your limit, head inside to the interpretive center, whose fish-themed exhibits include restored cod-fishing boat engines, historic cod traps, and cod-splitting tables where fisherman once salted their fish. 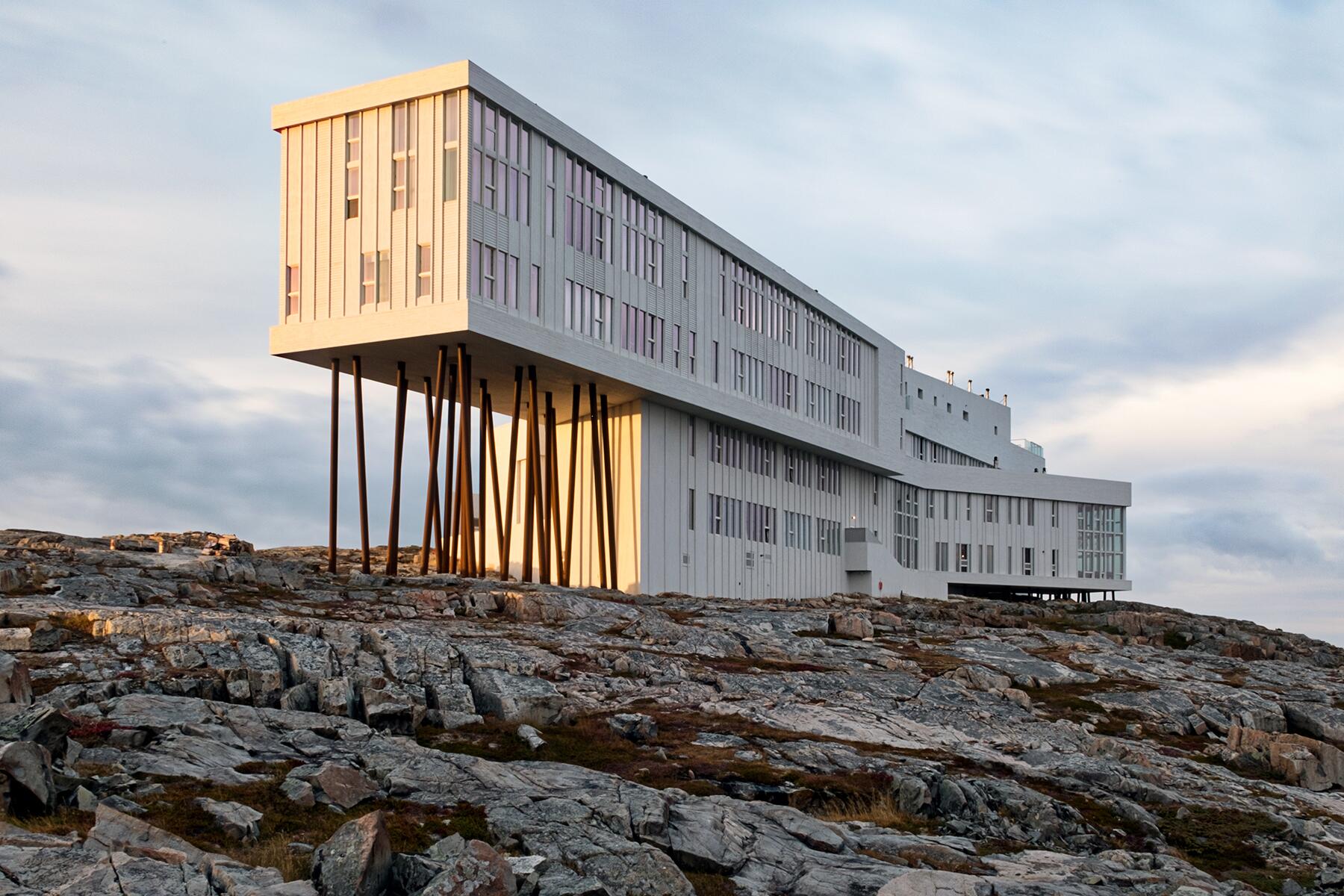 Head to the Posh Fogo Island Inn, for the Love of Cod!

Cantilevered over bare rock that turns icy in winter, the Fogo Island Inn is a modernist dream with impeccable style. It’s not all Instagram-friendly cocktails and hygge, though, and guests drawn more towards codfish than contemporary design can go all-in with a cod-themed experience called “For the Love of Cod.” Decked in a pair of bright yellow, waterproof overalls, head to sea for a lesson in cod-jigging, explore Fogo Island with a cod-loving local, and dine on a special cod menu prepared by the inn’s executive chef. 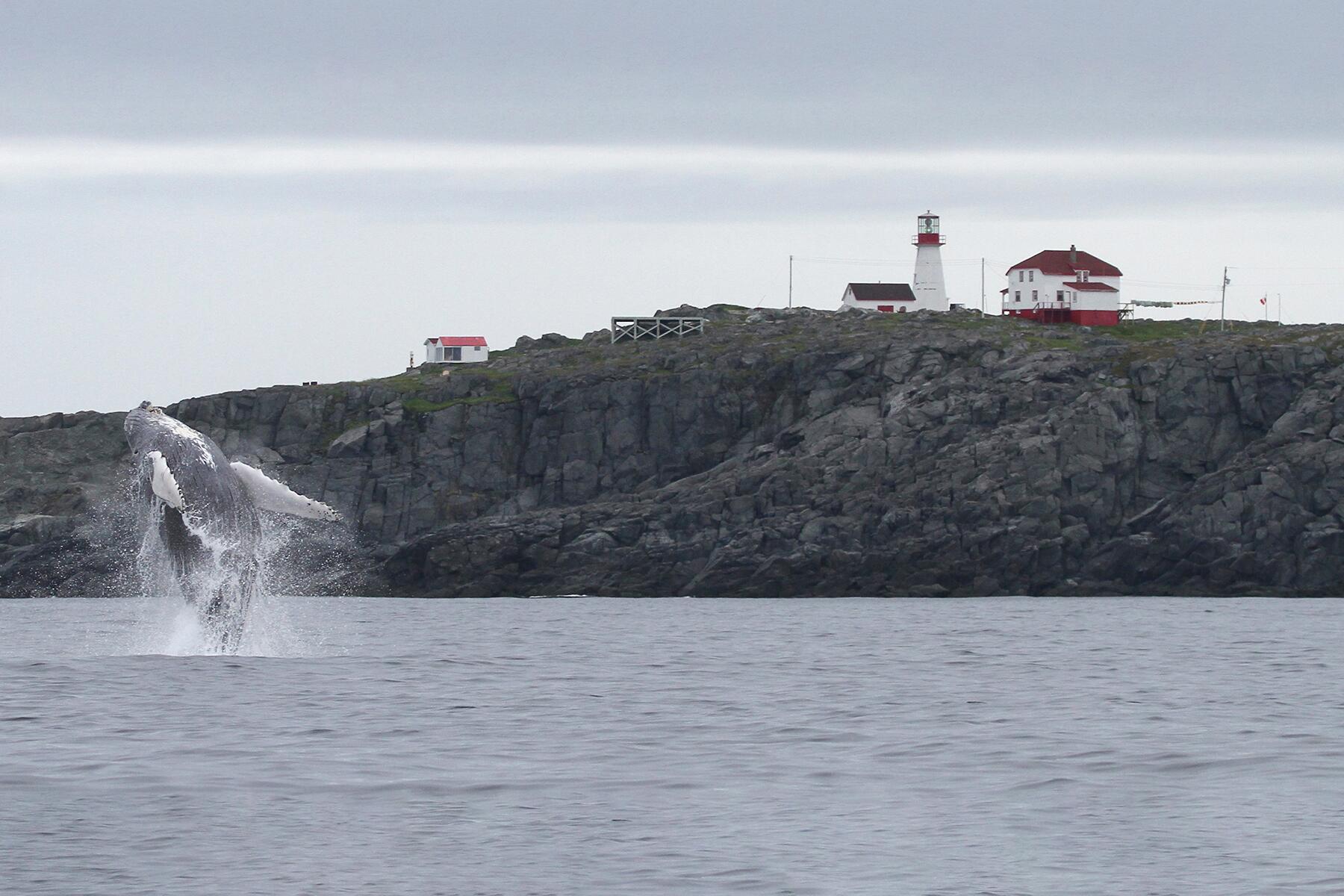 PHOTO: Courtesy of Linkum Tours
7 OF 12

Watch Whales Feed on Cod From a Lighthouse Hotel

Humans aren’t the only cod lovers. Spend a night in this historic lighthouse on Quirpon Island, and you might see whales grazing on the salty codfish buffet that’s just off the coast. Humpback and minke whales are frequent visitors to the island, often coming close to the shoreline.  If you don’t stay in the original 1922 lighthouse, opt for the glass-bottom “iceberg nest” that’s hanging from a cliff here, offering wraparound views of massive ice chunks that drift down to Newfoundland from the chillier waters of the Arctic. 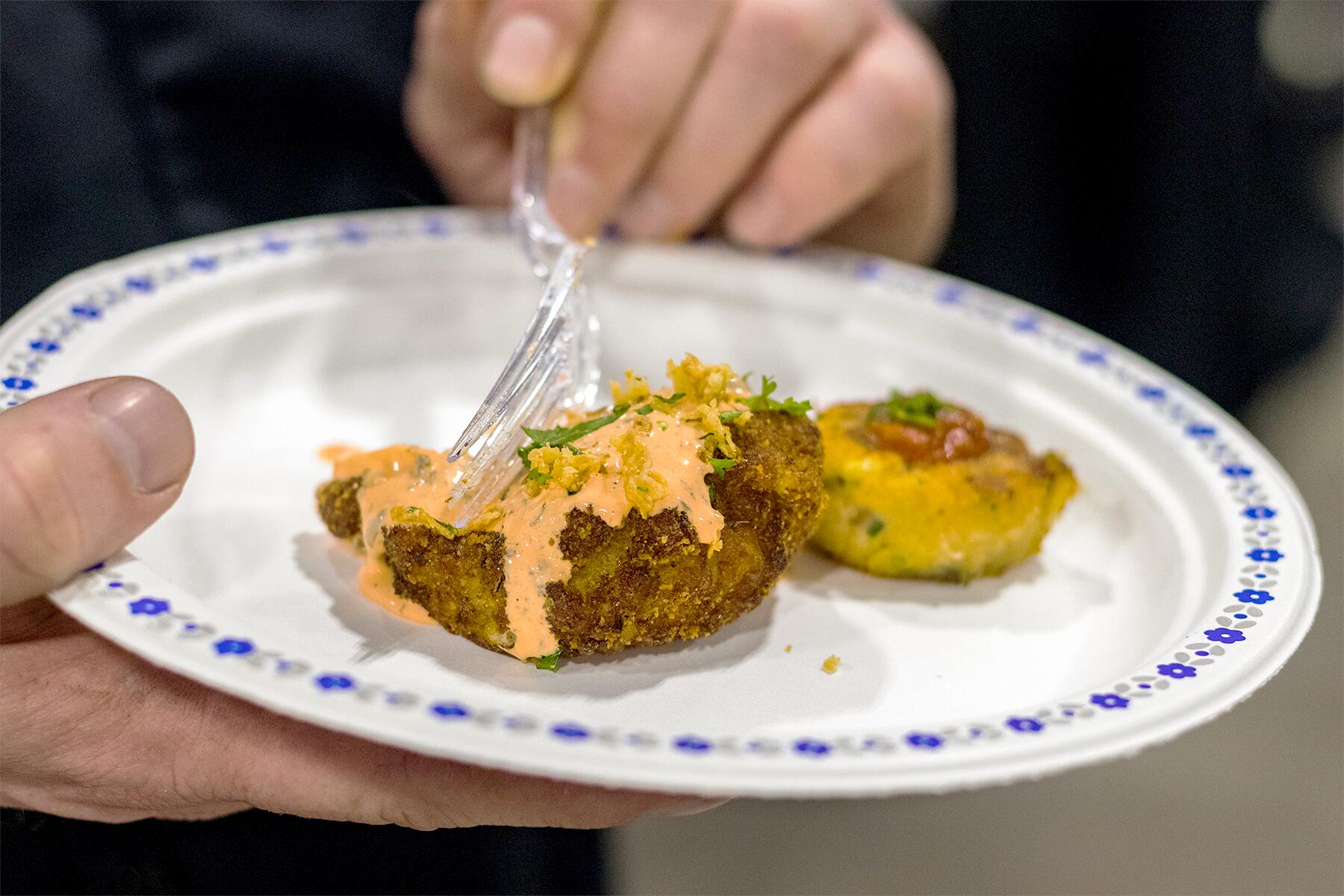 PHOTO: Courtesy of Songs, Stages and Seafood Festival
8 OF 12

Search for the Best Salt Cod Fish Cakes in Newfoundland

In the glory days of Newfoundland cod fishing, much of the catch was preserved as salt cod, which looks more like a roofing tile than an actual fish. To turn salt cod edible, it must be soaked in fresh water for a day or so; after that, Newfoundlanders use it for everything from stews to fritters.

The most iconic recipe, though, is the salt codfish cake, a golden-fried puck of fish and potatoes that’s a treat when served alongside mustard pickles. It seems like every Newfoundlander has a recipe, and you’ll find them on menus from St. John’s to St. Anthony. To sample the best of the island, head to the NL Fishcake Championship at the Songs, Stages, and Seafood Festival held each May in Bay Roberts. There, you’ll find 10 contenders going head-to-head to earn Newfoundland’s top honors. 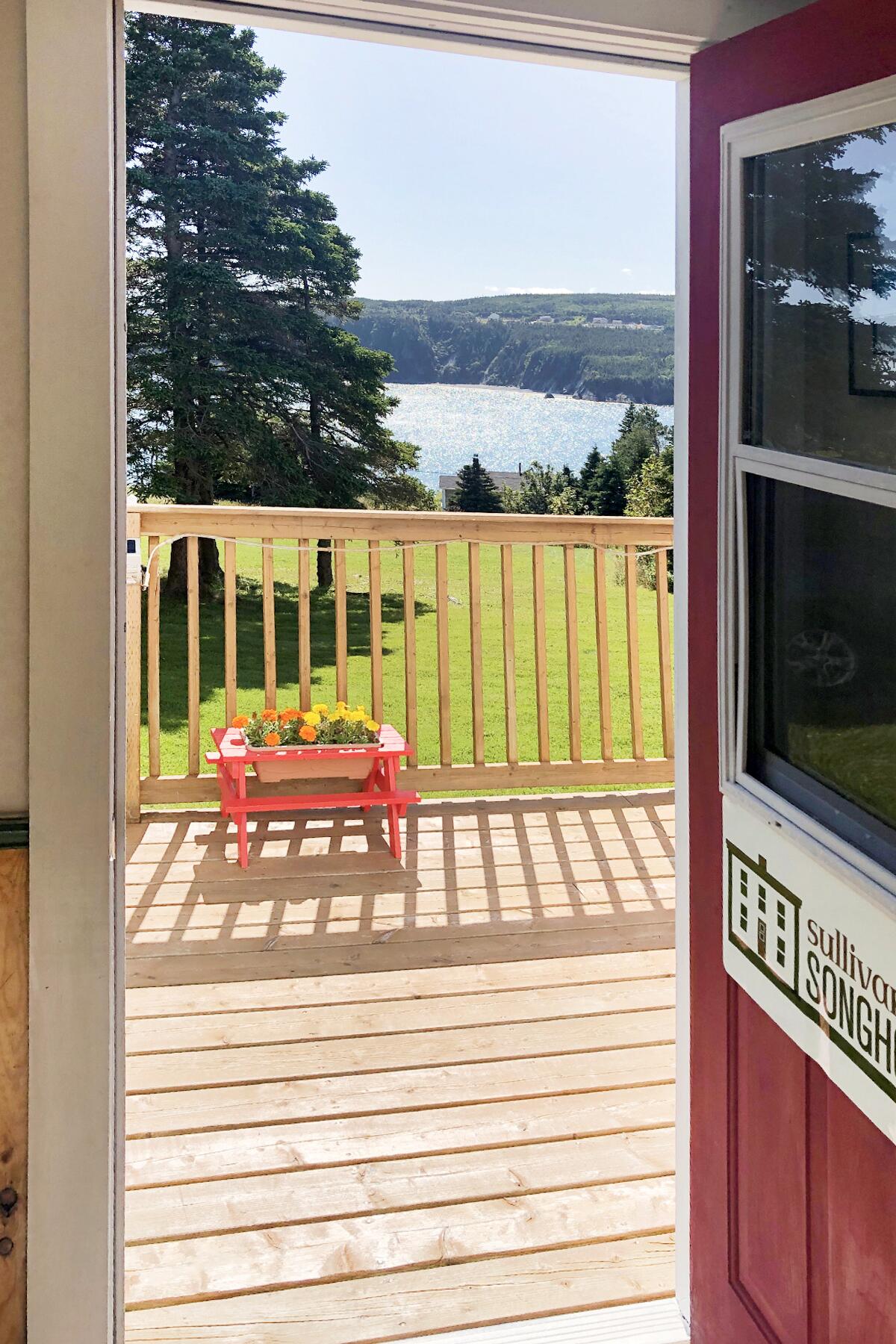 PHOTO: Couresy of Sullivan's Songhouse
9 OF 12

Learn Some Cod Fishing Ditties at an Old-Fashioned Singalong

Newfoundland fisherman weathered North Atlantic storms to the tune of traditional sea shanties, rhythmic tunes you can bellow over the sound of howling wind. Join an old-school, Newfoundland singalong at Sullivan’s Songhouse in Calvert, and you’ll be tapping your foot to the notes of the island’s folk melodies. 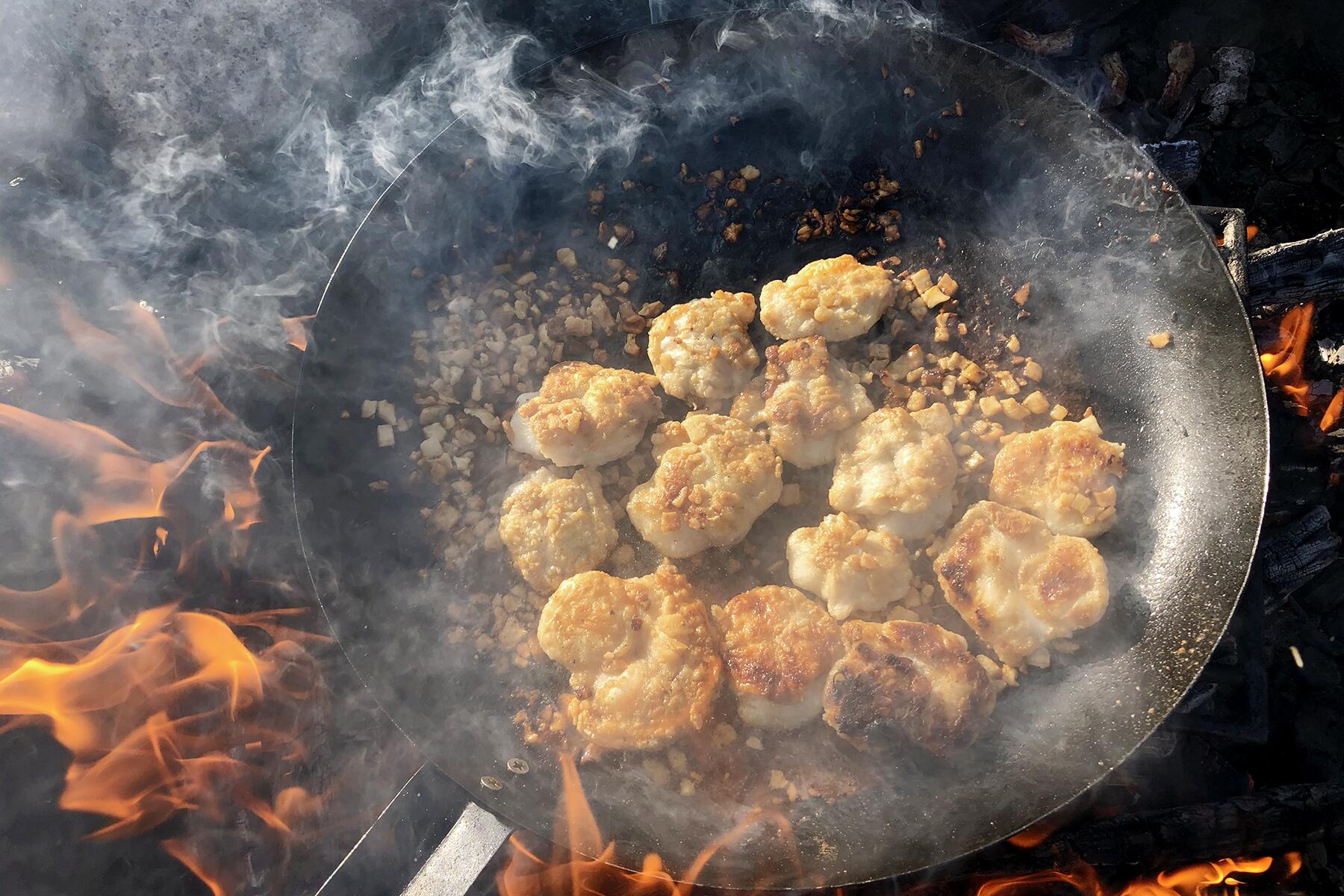 Hit the Beach for a Boil up With Cod Cheeks

When spring brings the first warm days, Newfoundlanders head to the beach and forest for “boil ups,” open-air picnics prepared over crackling wood fires. On the sinuous Twillingate peninsula, Chrysal Anstey of Experience Twillingate invites travelers to experience the traditional meals at their most authentic, with steaming piles of cod cheeks, cod tongues, salt fish, and lobster served alongside stories about Newfoundland’s saltwater heritage. 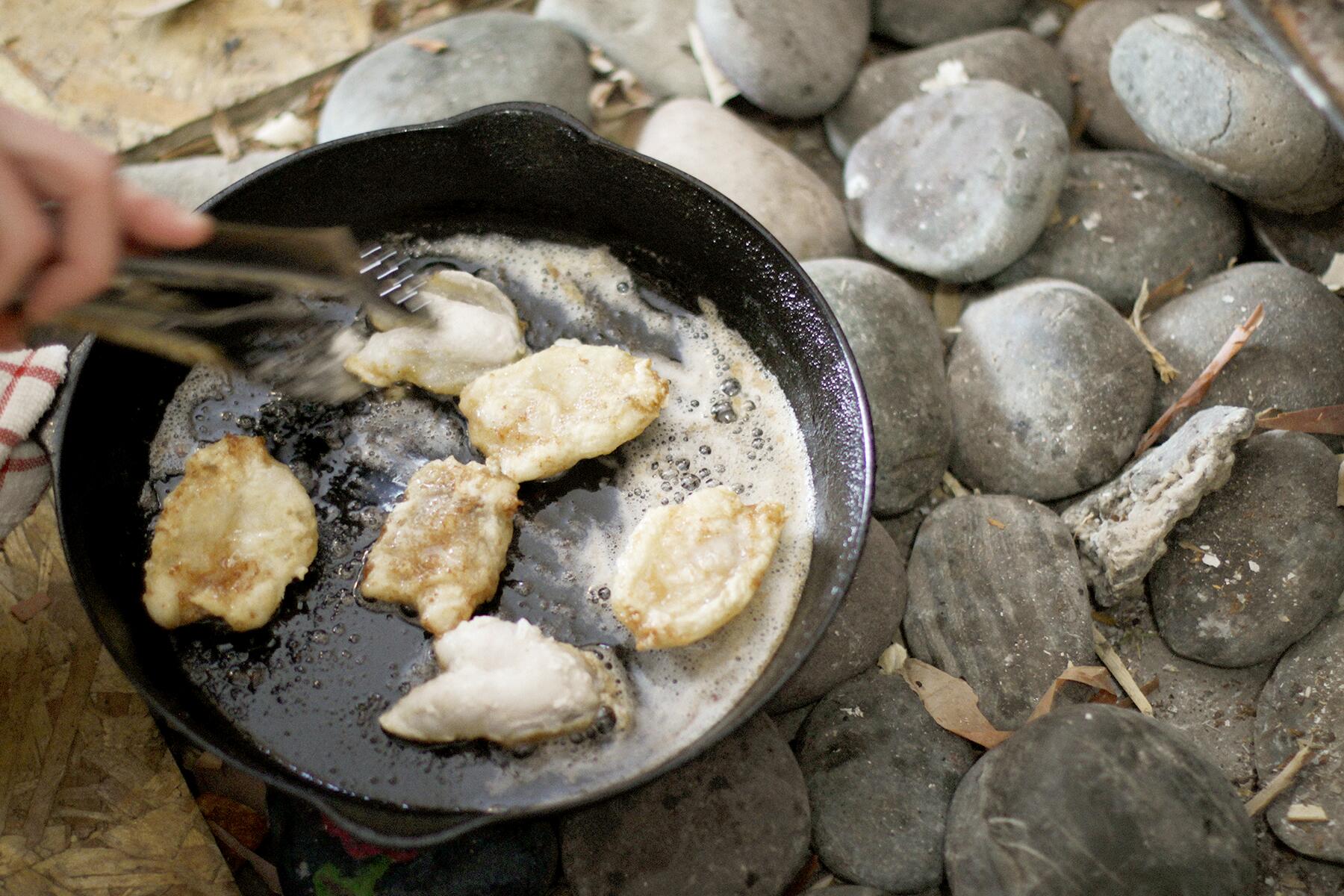 There’s something Medieval sounding about a dinner of cod tongues, like the fish parts should be sharing a table with roasted sheep penis or pies stuffed with live frogs. But the dish, which does not actually require harvesting tiny fish tongues with tiny pliers, has a misleading name. Cod tongues are a cut from the fish’s neck, and they’re a deliciously chewy treat served hot from the deep fryer. 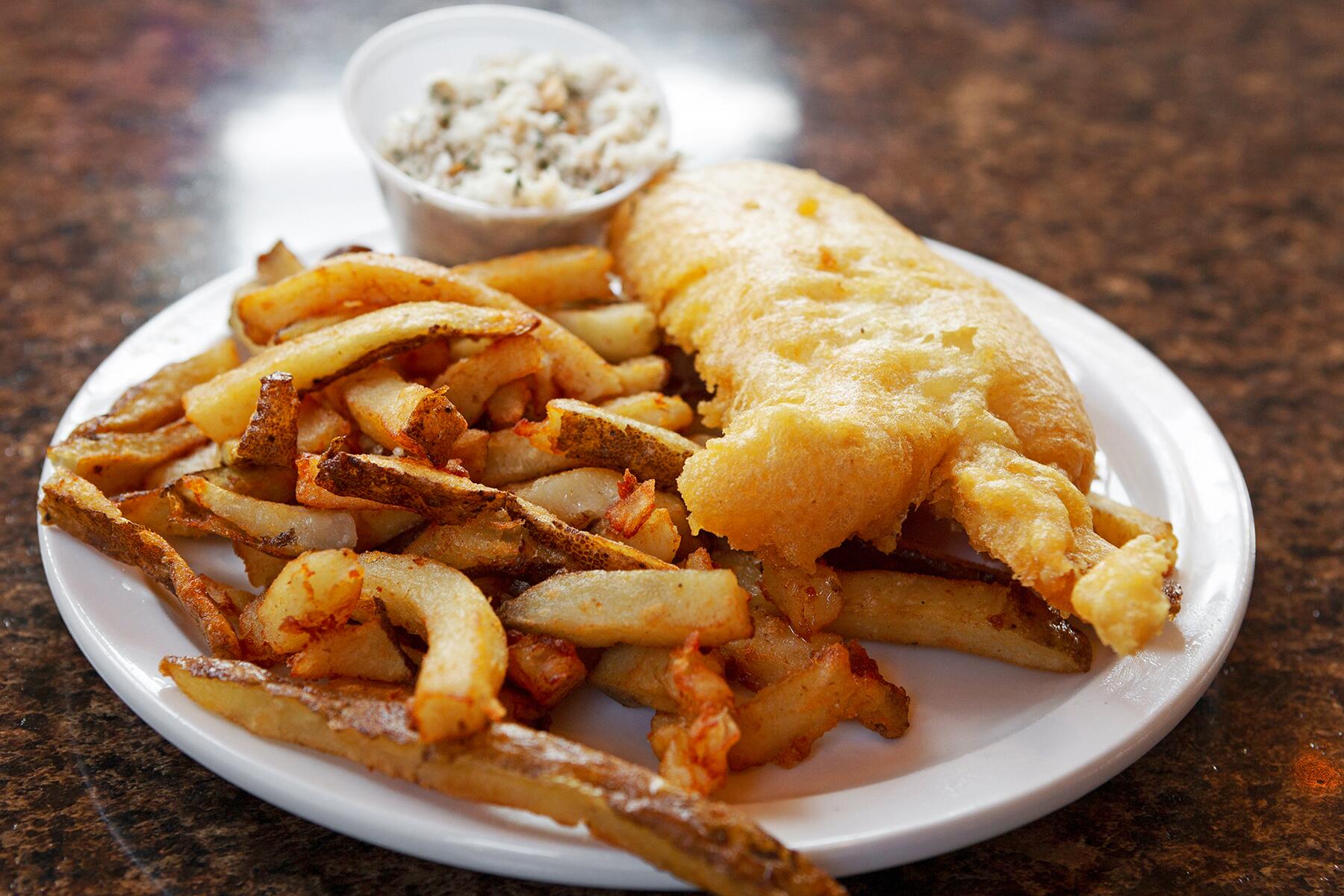 Break the golden crust on a piece of perfectly fried cod, and you’ll release a puff of steam from the tender, white flesh. Fish and chips—which Newfoundlanders call fi’ and chi’— are at their finest when made with sweet and mild codfish. Two strong contenders for the very best fish and chips in Newfoundland are St. John’s Leo’s Fish and Chips and Ches’s Famous Fish and Chips.

INSIDER TIPFor the true Newfie experience, order your fi’ and chi’ with dressing and gravy, then enjoy a plate smothered in rich, brown sauce and a stuffing-like hash of spiced bread crumbs.