The Yucatán’s biggest city is quickly becoming one of the most fashionable places in the Americas.

The colonial city of Mérida, in the middle of Mexico’s Yucatán peninsula, is one of those magical places that has somehow stayed under the radar despite gorgeous architecture, fantastic restaurants, and some of the most stylish hotels in the world. Mérida is popular with Mexican and European tourists, but it’s not really on the itinerary for most Americans visiting Cancun, Tulum, or Chichen Itza. The city is the cultural hub of the region, with historic haciendas, art and history museums, and a location near some of the most fascinating Mayan ruins, colorful villages, and incredible cenotes in the country. 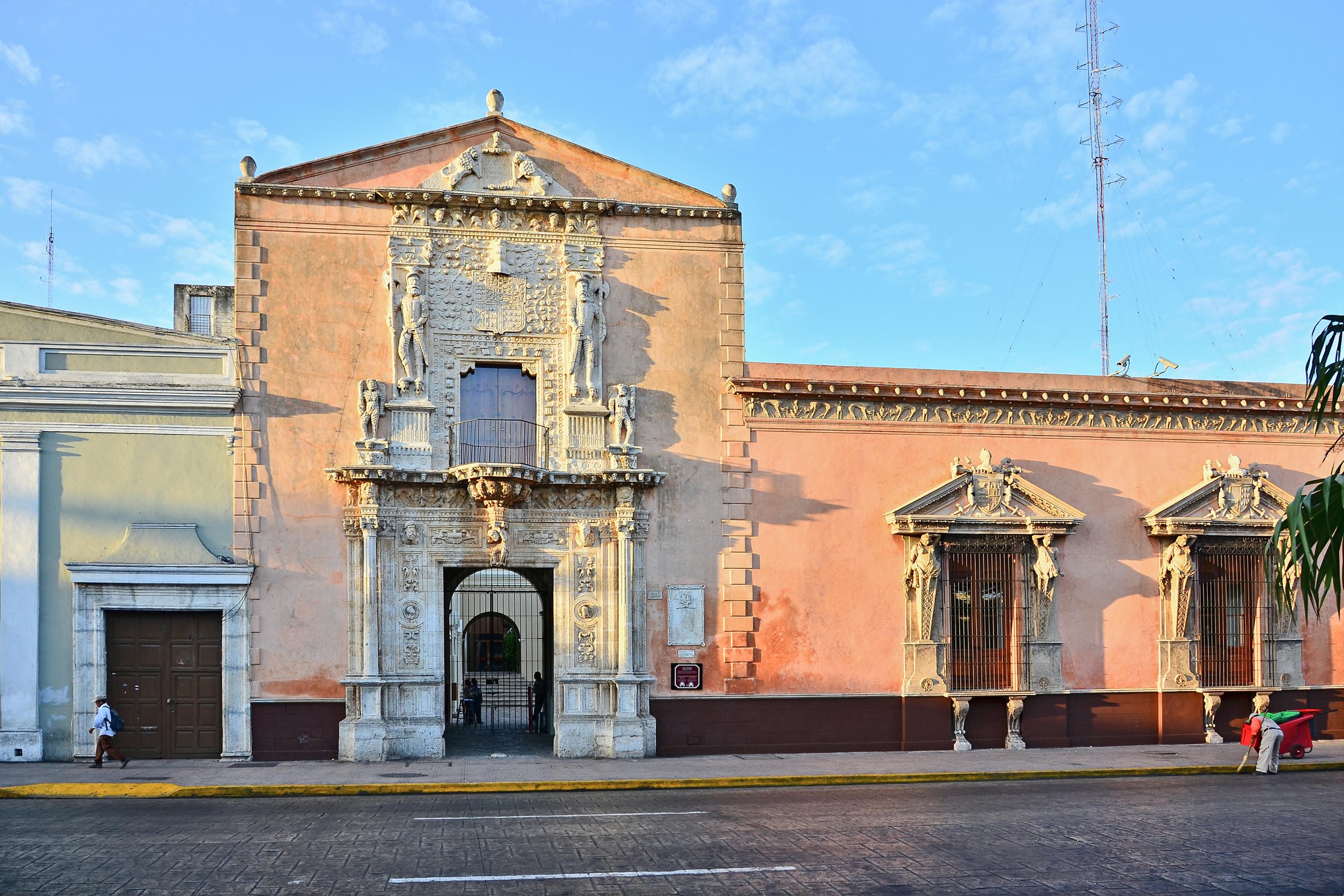 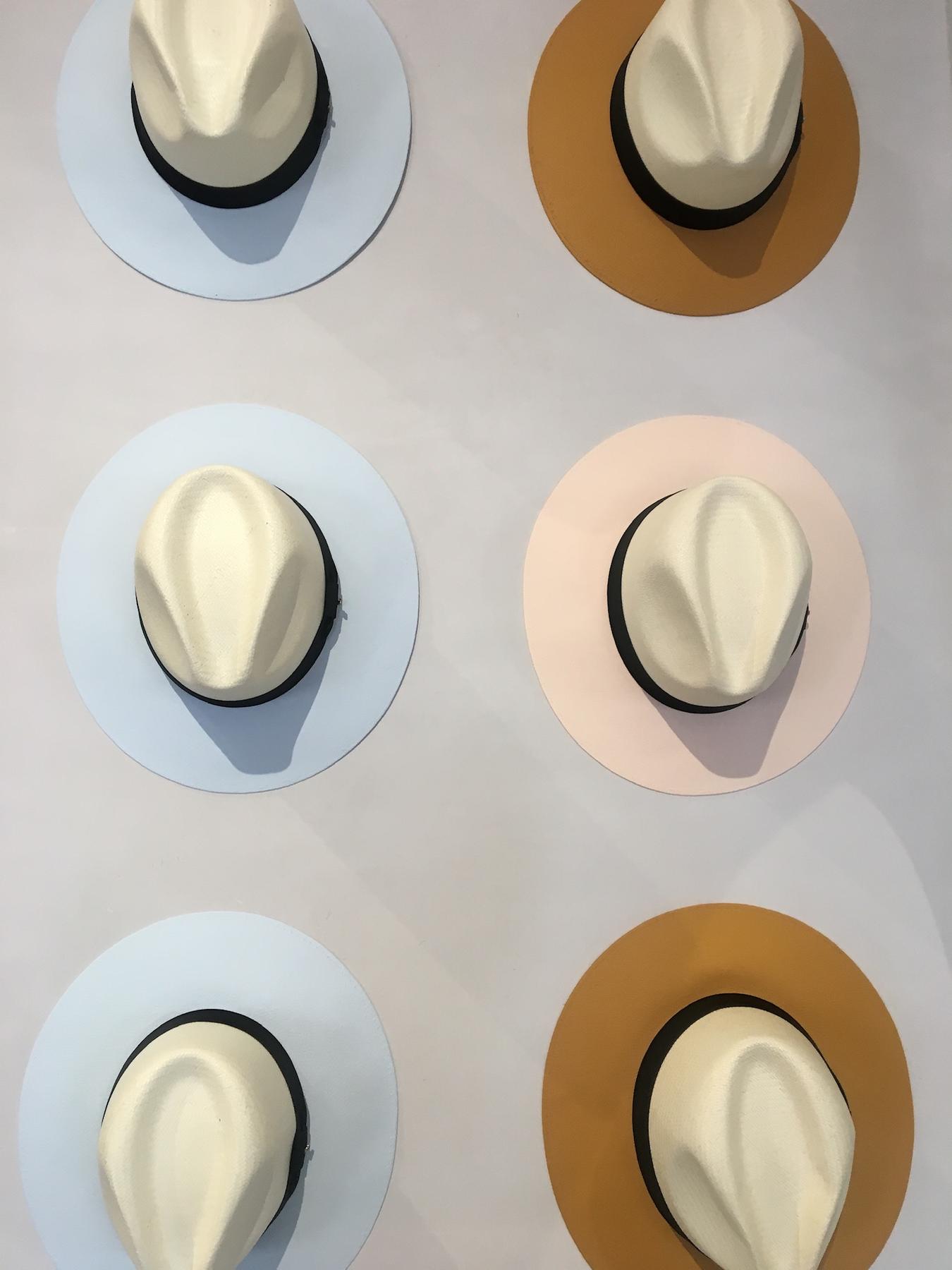 But while Mérida would be worth a visit just for its location alone, the real reason this city has topped must-visit lists in recent years (including our own 2019 Go List) are the shops, boutique hotels, and hidden bars that are shockingly hip, incredibly stylish, and packed with more fashion than any other town of its size in this hemisphere. The city is the perfect size—it’s big enough to keep you interested for at least a few days and small enough that you can get your bearings quickly and learn to navigate the genius grid system (odd streets run north to south, even streets run east to west) within minutes. The city center revolves around the cathedral, which is open to visitors. On weekends and holidays, you’ll find live music and street vendors in the town square, while horse-drawn carriages click-clack through the cobblestone streets.

The joy of Mérida is in aimlessly wandering from shop to cafe to bar to restaurant and finding something new hiding behind a crumbling facade. It’s a city where some of the best places are hidden in plain sight, waiting to be discovered. From secret speakeasies and hip hotels to cool cafes and chic boutiques, we have the ultimate guide to the Yucatán’s most fashionable weekend getaway.

A Different Kind of Mexican Food

Traditional Yucatecan cuisine is front and center in Mérida, combining ancient Mayan ingredients and flavors with new techniques and methods. The Yucatán is a land of plenty, with fish, farms, and flowers across the region that combine to create flavors unlike anywhere else in Mexico (or the world). Keep your eye out for traditional menu items like cochinita pibil (marinated slow-cooked pork), salbutes (a sort of taco made from bean stuffed tortillas and topped with avocado, lettuce, pickled onion, tomato, and various meat options), and sopa de lima (a spin on tortilla soup made with clear turkey broth and topped with shredded turkey, avocado, cheese, cilantro, and fried tortilla strips).

Mérida and the Yucatán are home to some special ingredients that aren’t really used in traditional cuisine in other parts of the country, including sour oranges, pumpkin seeds, chaya (tree spinach), and melipona honey made by a special species of bees. If you’re planning a trip here, watch the Acid episode of Salt Fat Acid Heat on Netflix to learn more about the seriously fascinating honey varieties. The whole episode takes place in the Yucatán and is only 30 minutes long.

Using these traditional ingredients and dishes, chefs at Méridas restaurants have created a dining movement that’s both ancient and modern, using Prehispanic ingredients combined with molecular gastronomy to create dishes that range from serious comfort food (remember those bean-stuffed tacos?) to avant-garde and mind-bending dishes. Kuuk in Mérida has been hailed as one of the best restaurants in the city, and it’s definitely the most interesting, with native ingredients that become almost unrecognizable (in a good way). Also on the beautifully complicated end of the spectrum is the utterly breathtaking Ixiim, which is located about 40 minutes outside of the city at Chablé Resort. It’s worth a special trip here (come for lunch on a weekend) for the architecture alone. Housed in a modernized, glass-encased ancient sisal plantation, the restaurant is also a tequila museum, lined with glass shelves that hold over 2800 bottles of tequila. Order à la carte or go all-in with the tasting menu, which showcases a range of Yucatecan flavors in unforgettable dishes. 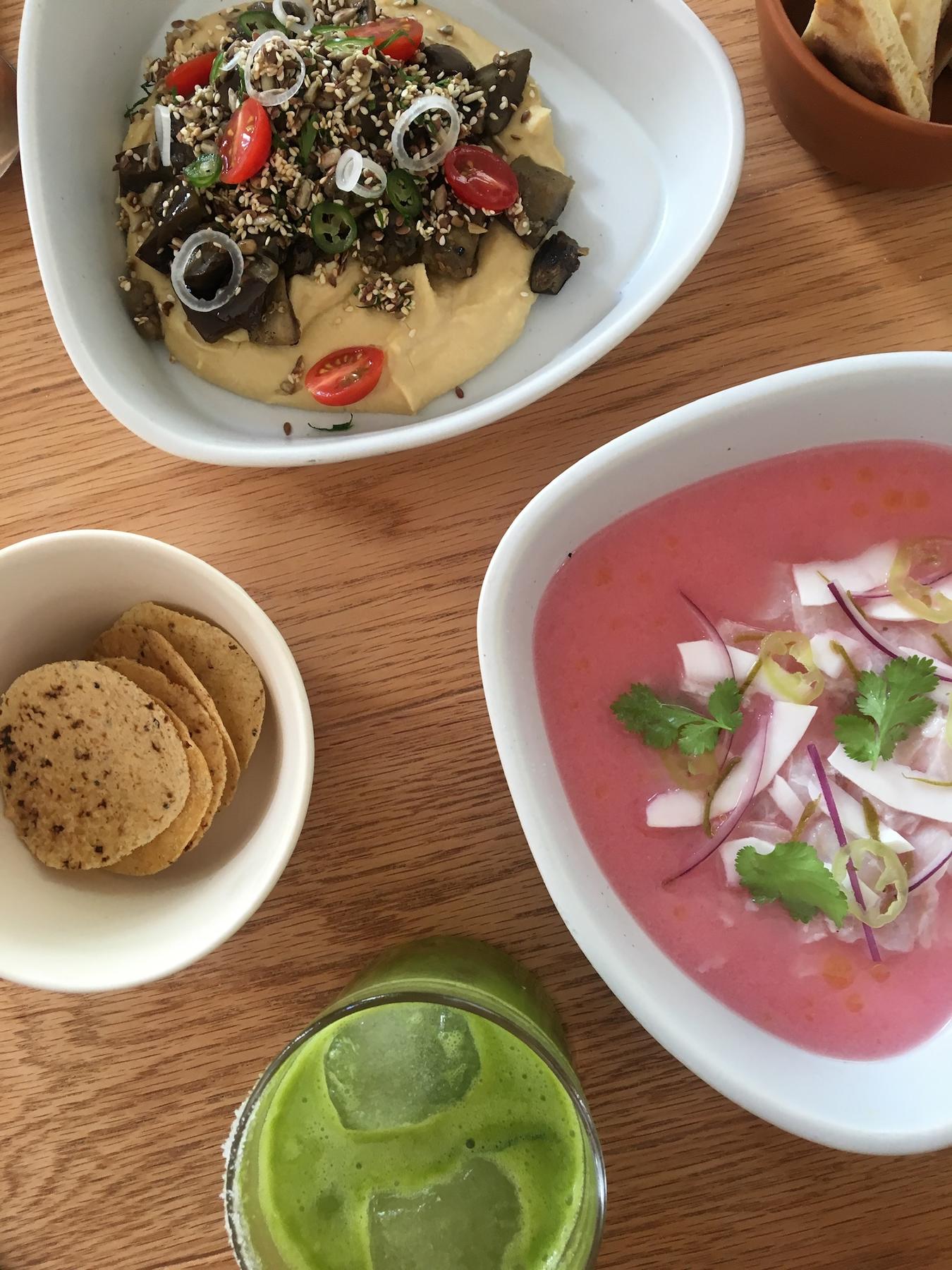 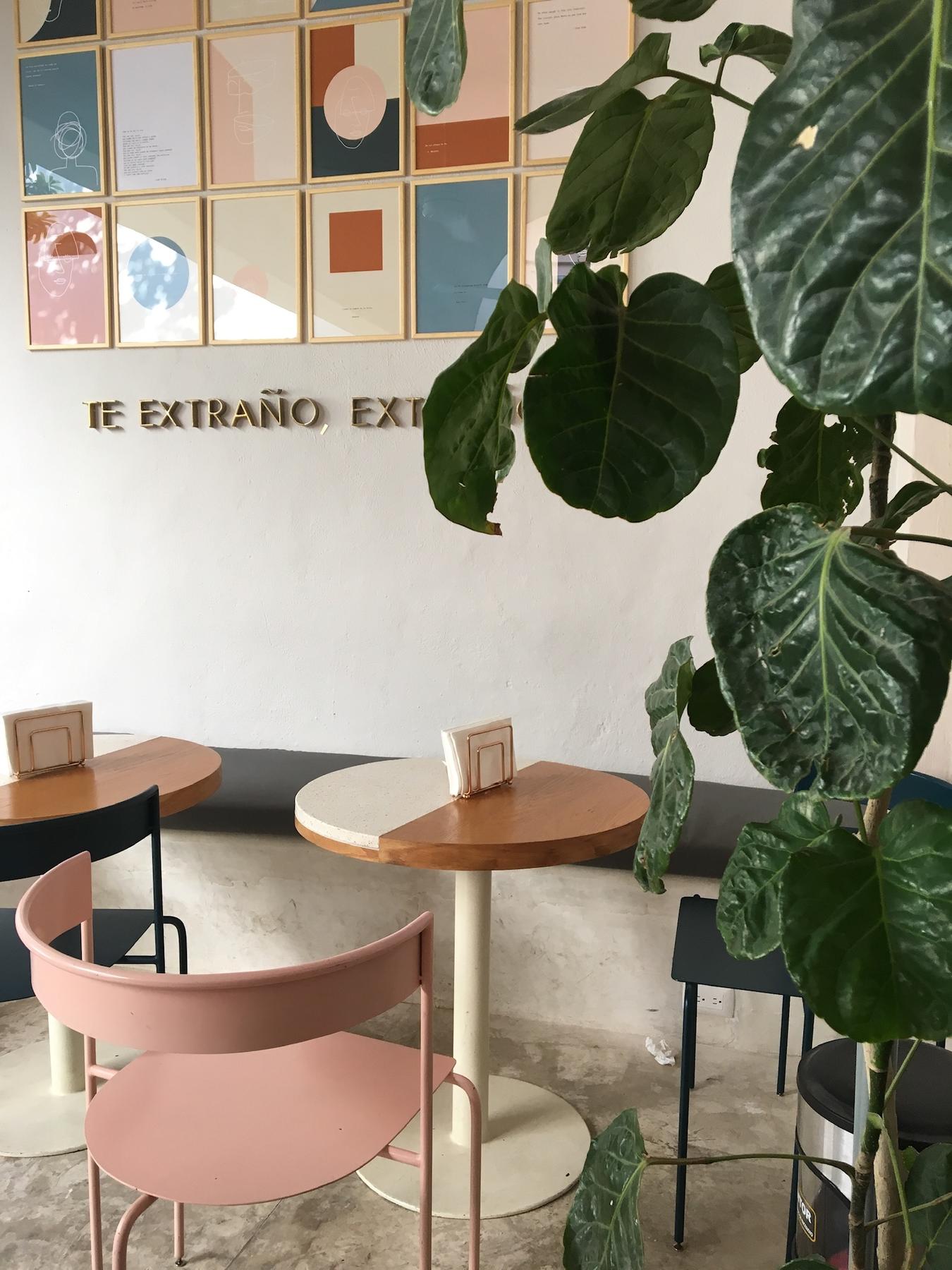 For food that’s a bit more relatable but still sophisticated, make a reservation at Apoala, in the heart of Mérida. Request a table outside for soft shell crab tacos, fried zucchini flowers, and lobster soup.

With the best cappuccino in the city, the tiny Te Extraño Extraño should top your list for breakfast and lunch. You won’t necessarily find traditional dishes and ingredients here, but the café by Mexico City chef Joaquín Cardoso is incredibly delicious—notable offerings include salads, pastries, soups, and out-of-this-world chilaquiles (breakfast nachos). Come here the first day of your trip, because chances are high you’ll want to return every day.

Mérida is a relatively tame city, but considering how tranquil it is, the bars are really batting out of their league. The establishments would truly have no problem holding their own if they were taken out of Mérida and plopped in the center of major metropolises like New York City and Berlin. There are two kinds of bars that you have to visit in the city: rowdy music venues with cheap mezcal (and cold beer) and sophisticated craft cocktail joints. 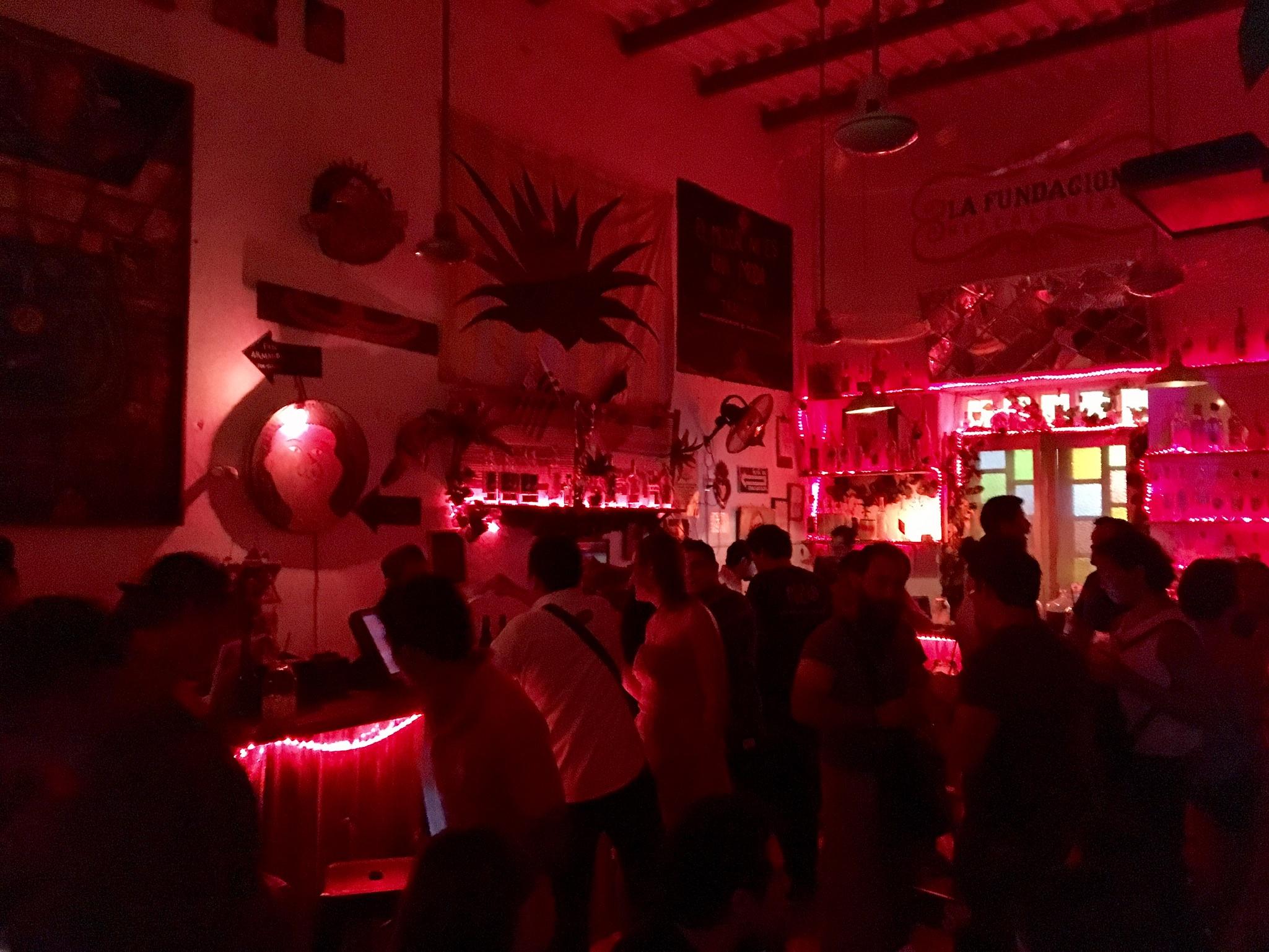 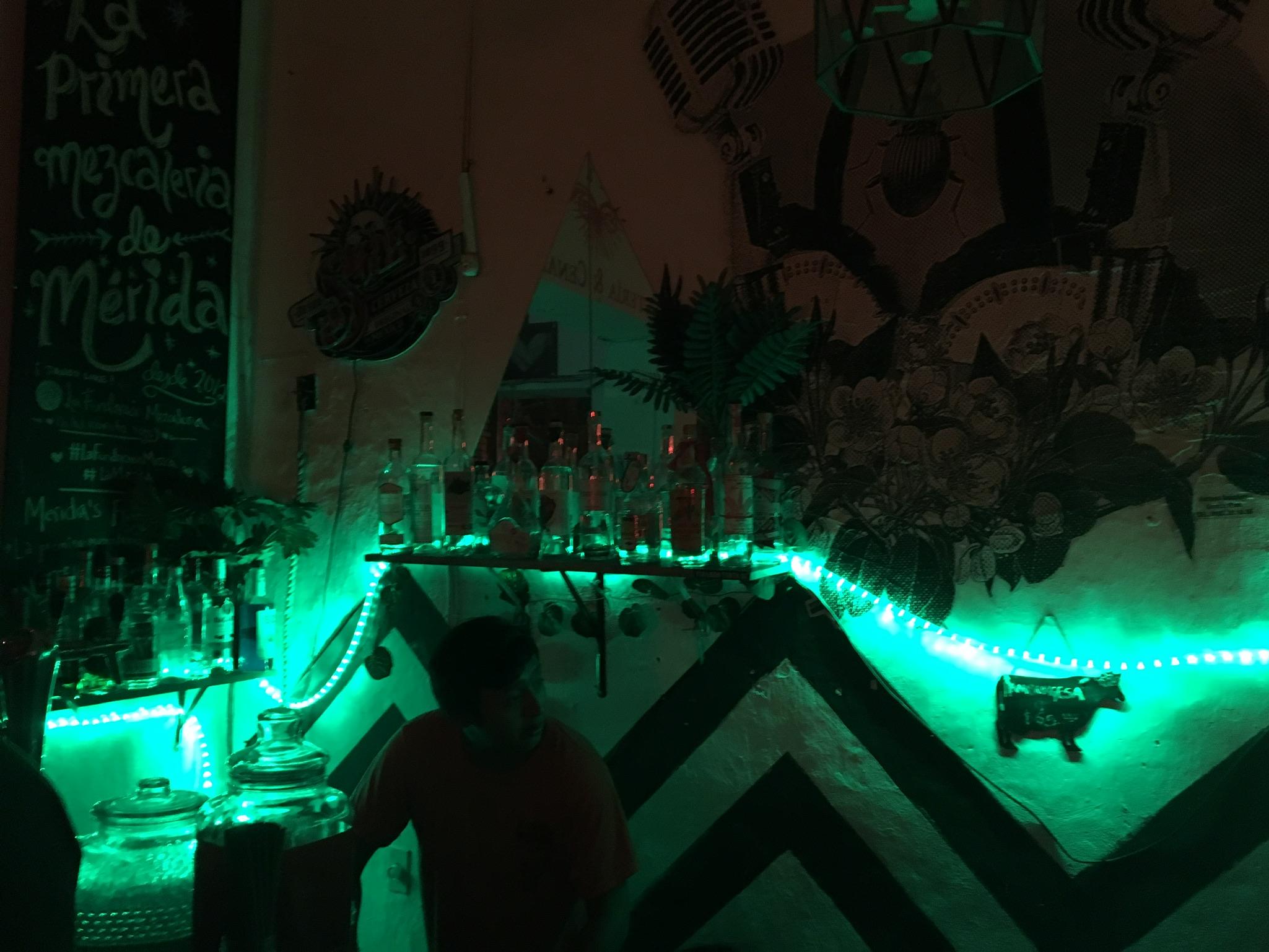 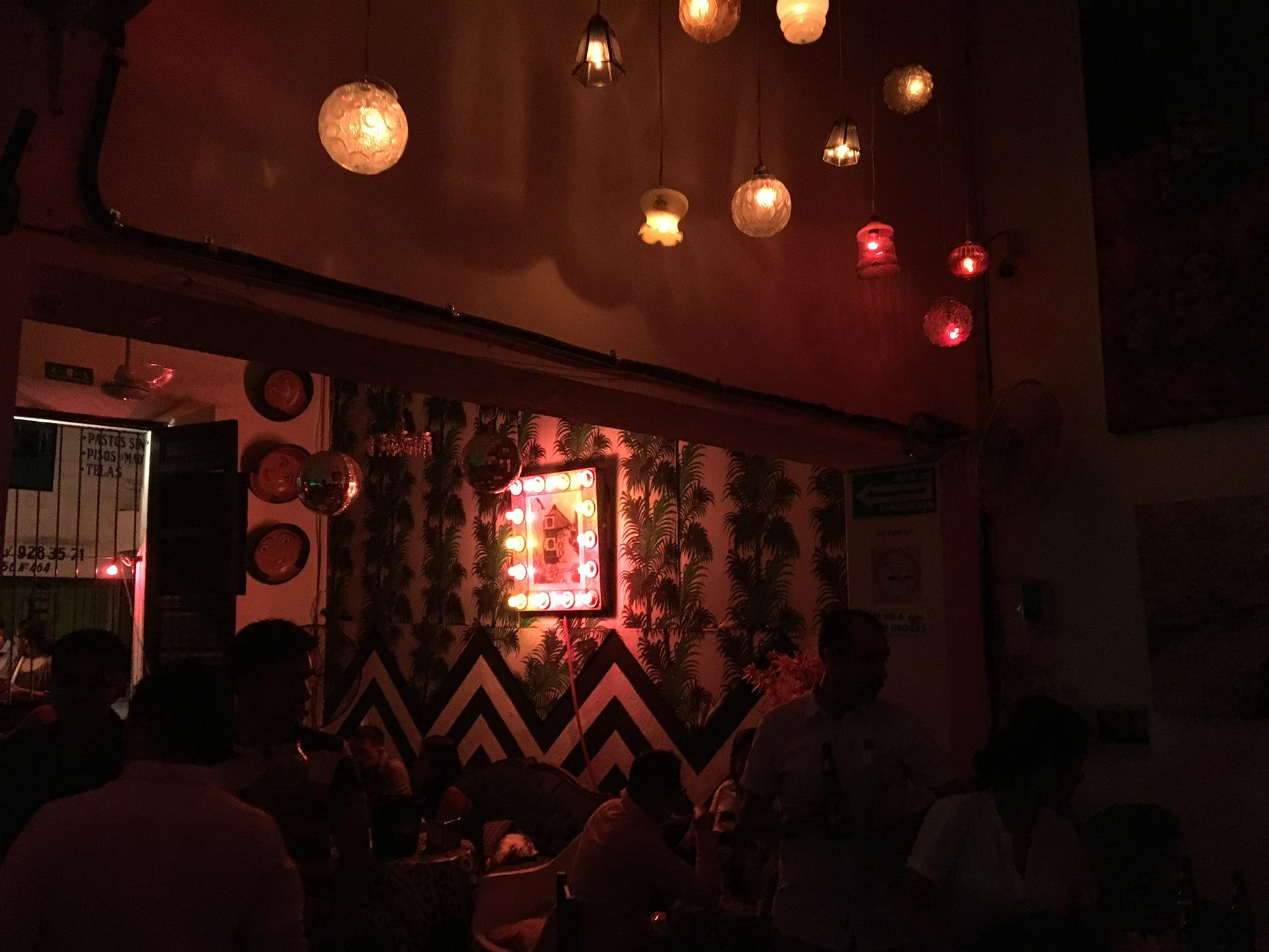 For fancy after-dinner drinks, don’t miss the tiny speakeasy behind Apoala (you’ll need a staff member to lead you to the hallway off of the kitchen), which serves creative craft cocktails with ingredients like smoked rosemary and dried rose petals for one-fifth of the price they might cost in San Francisco or New York. The candlelit bar seats about 12 people, so in order to make sure you get a seat, plan to arrive soon after they open at 8 pm. Casa Chica is a millennial pink design dream, serving stylish cocktails in a stylish setting. Come here for an after-dinner drink before a wild night on the town at La Fundacion Mezcaleria. The hip late night bar is no longer a secret after being voted the best bar in the world by Lonely Planet, but it’s worth a stop for sweaty salsa on the dance floor under neon lights and a disco ball. The cozy back patio is a bit calmer for those who like to be part of the spectacle but don’t necessarily want to shout to be heard. 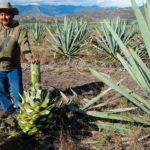 Mérida is a wonderful place to come and eat and drink, but it’s also a shopping destination, with street vendors and cheap markets alongside super-chic boutiques selling one-of-a-kind handmade goods. You probably won’t find any designers that you’re likely to recognize, but that’s the best part about shopping here. Casa T’hō is something of a high-end mini-mall, with four boutiques selling exquisite linen frocks, handmade homewares, and one-of-a-kind jewelry. 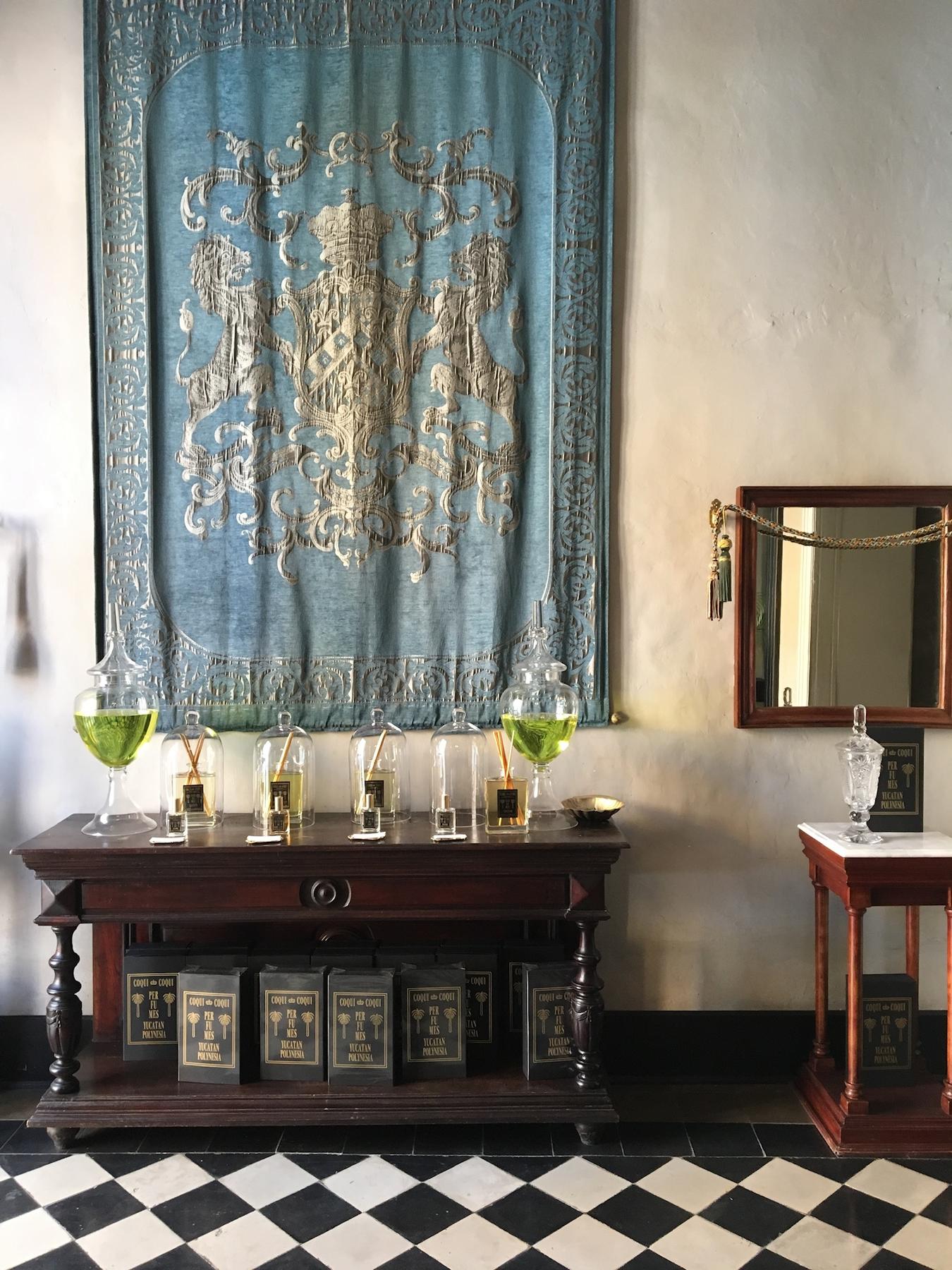 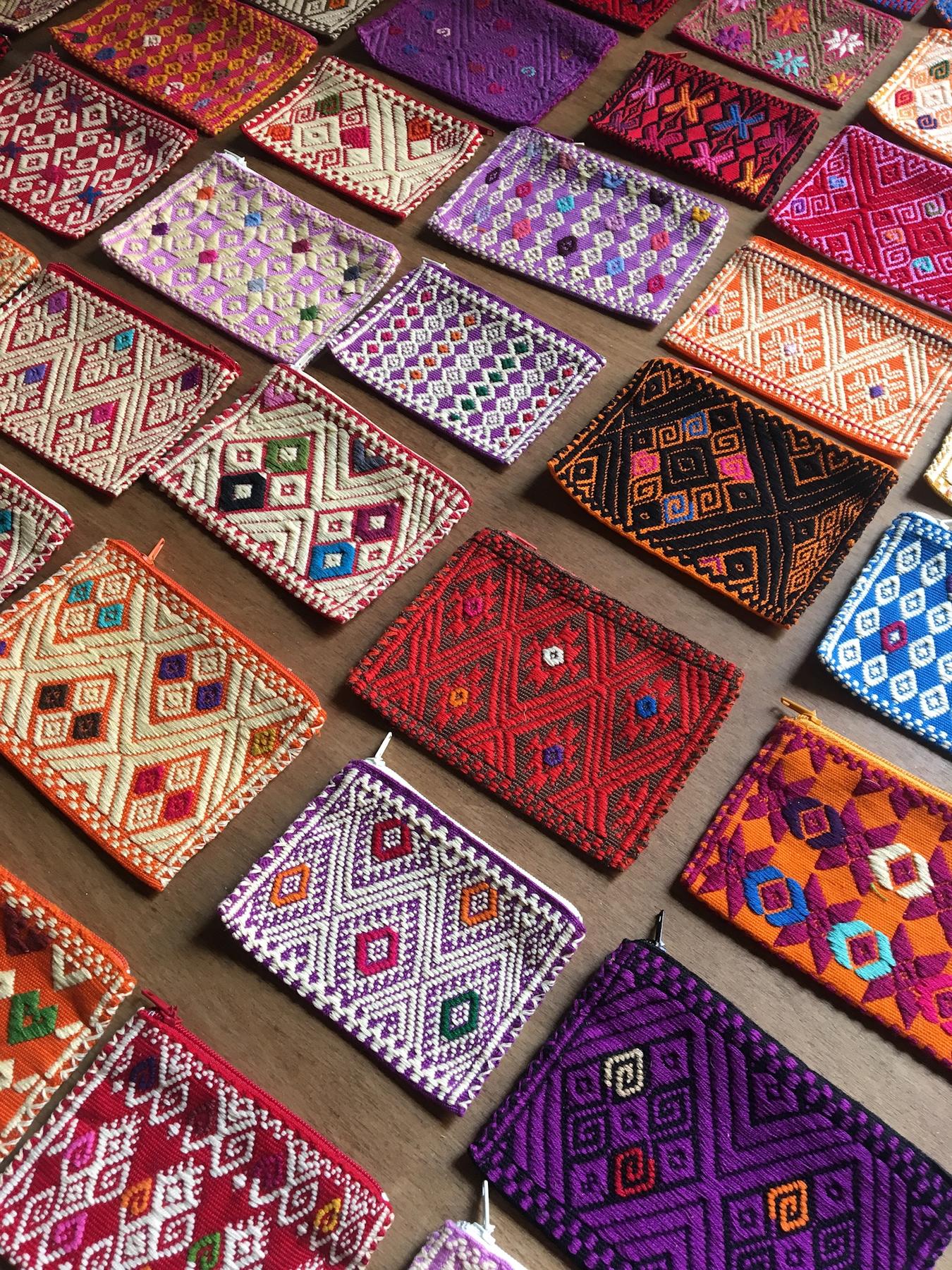 The perfumeria Coqui Coqui feels like something from another century, oozing sophisticated glamour in a space that is part Mexico, part France, and totally unique. The luxurious scents like tabaco (tobacco), maderas (sandalwood), and agave are surprisingly affordable, which makes this a perfect stop for souvenirs. If you’re not into perfume, there are also soaps and diffusers. Upstairs at the newly-restored Lagala, you’ll find a sprawling boutique that has everything you could ever covet, from chic travel guidebooks to color block bathing suits to funky brass jewelry to over-the-top evening gowns.

One of the World’s Best Hotels

Mérida is home to its fair share of chic boutique hotels (we’re fans of Casa Lecanda and Coqui Coqui) as well as drop-dead gorgeous rentals (hello, Maison Azul!). But if you’re staying for a few days, it’s well worth your time to spend a night or two at one of the updated hacienda hotels in the area (Luxury Collection has a few choice resorts that are worth a stay). 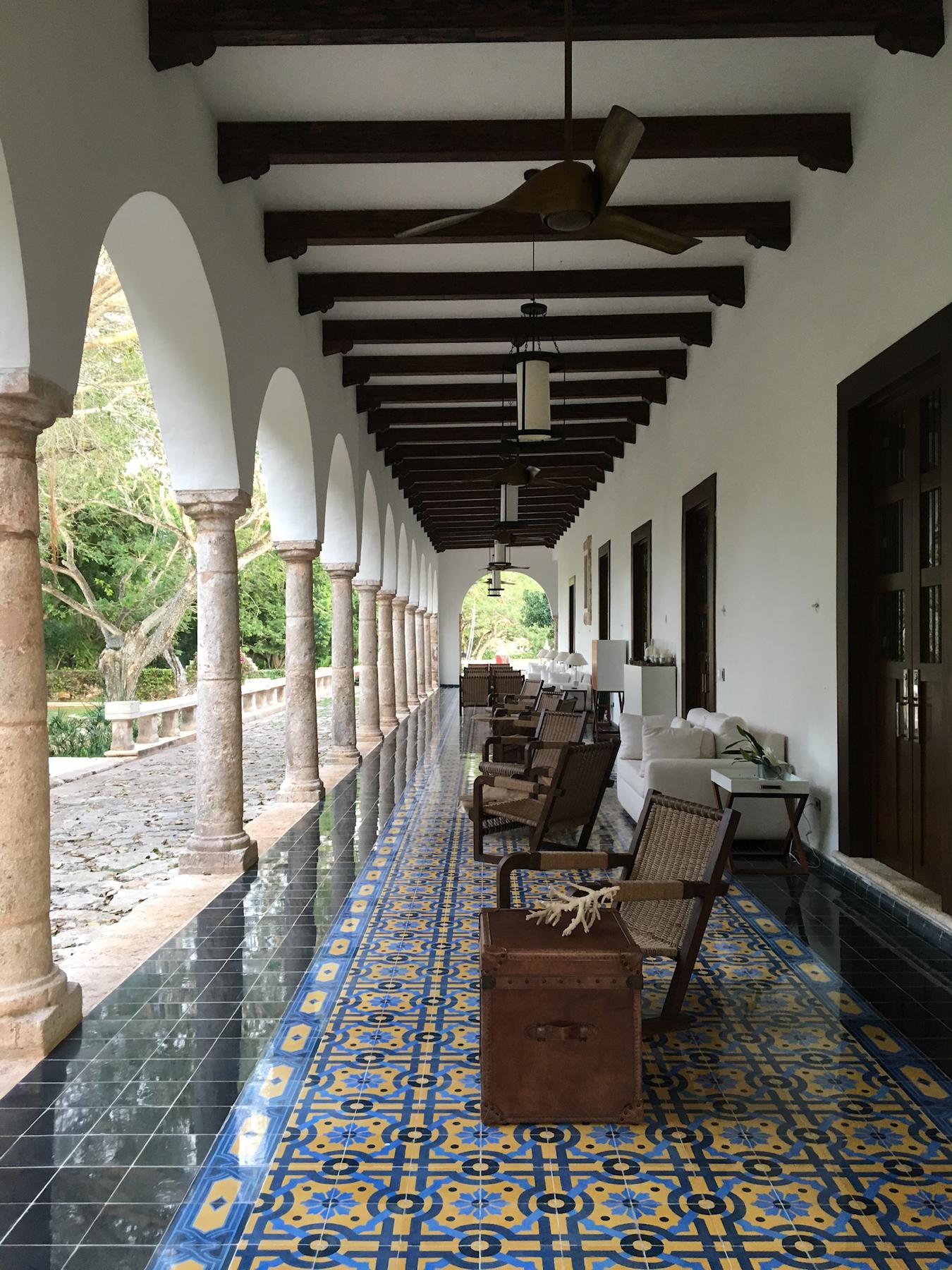 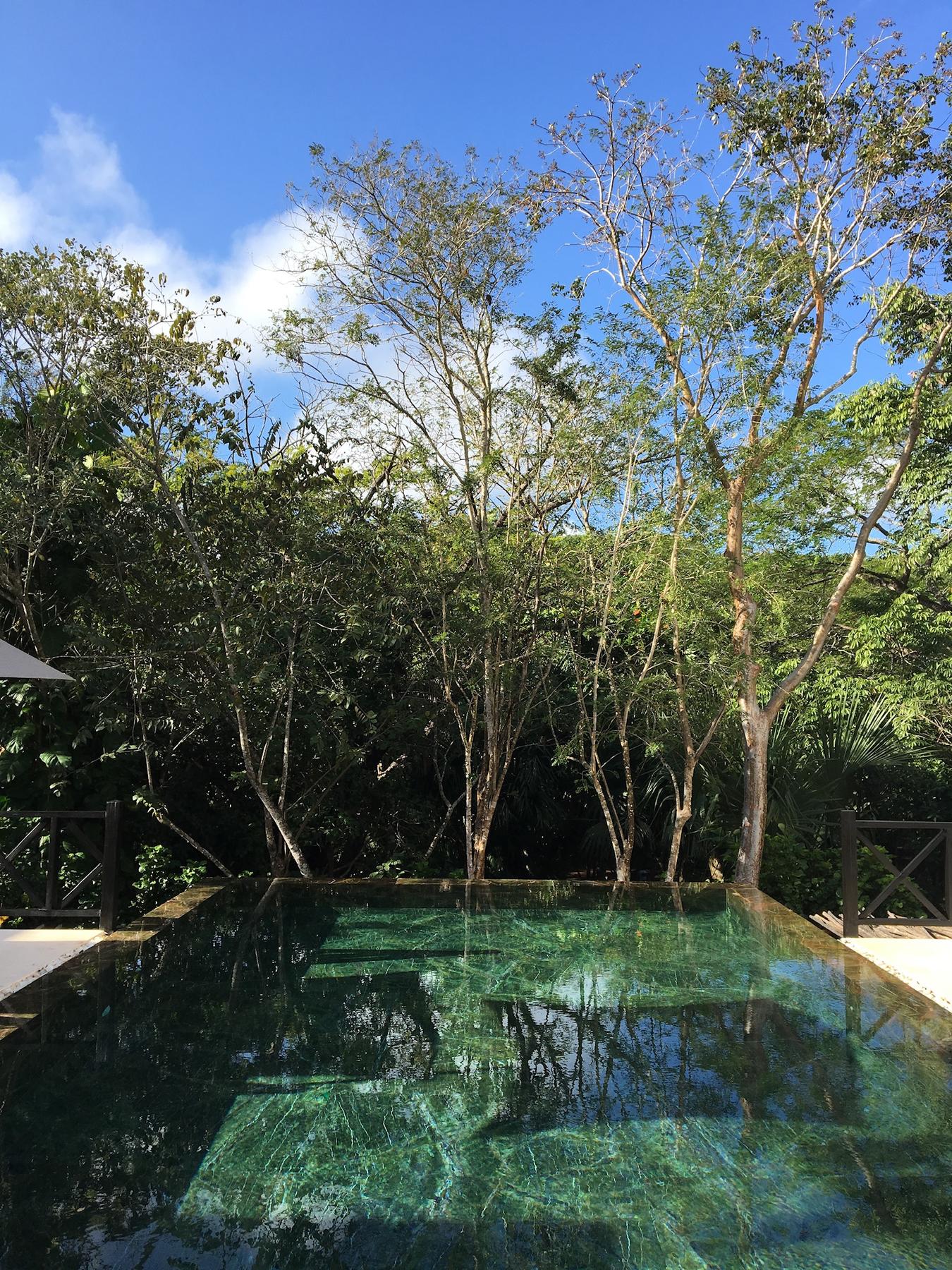 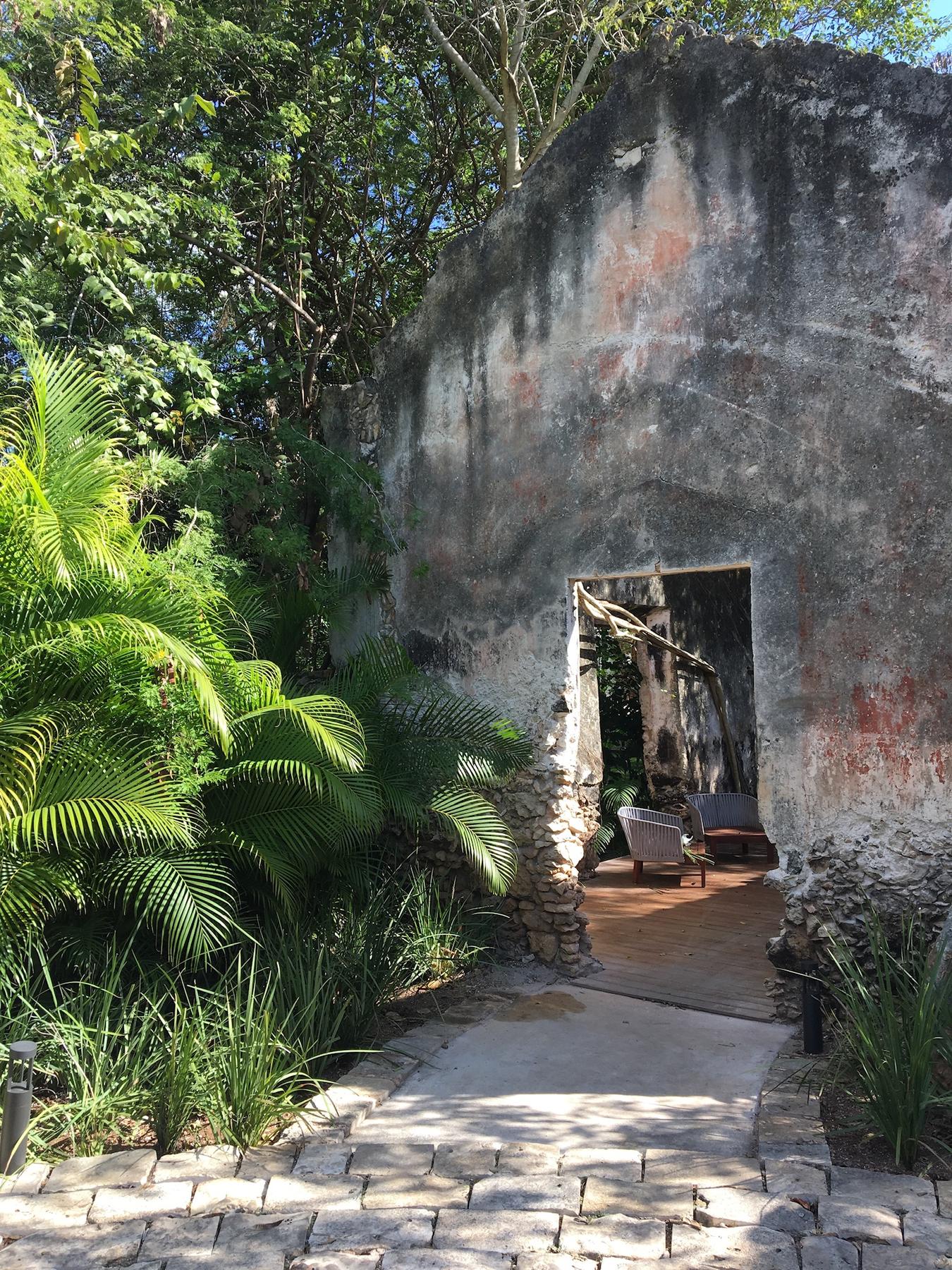 But by far the best hotel in region (and one of the best in the world) is the incredible Chablé Resort, a hotel so beautiful and luxurious that you’ll never want to leave. Chablé is billed as a wellness resort, but it’s so much more than a fancy spa. The chic property is the ultimate paradise. With a crumbling sisal factory that’s been turned into a world-class restaurant and tequila museum, an old hacienda house that’s been restored to gleaming, stylish glory, and a few scattered bungalows with private plunge pools, and the most photogenic indoor/outdoor showers on earth (if you don’t believe me, just browse the location tag on Instagram), there’s plenty of offerings to swoon over. You could spend a day just exploring the grounds, which include a main pool surrounded by sun loungers, a hard-to-find late-night cigar bar, a state-of-the-art spa with floatation tanks and an infinity pool, a temazcal for traditional ceremonies, an organic garden, and, best of all, a private cenote in a lush crater surrounded by vines. Here, “wellness” is a term used loosely; you’ll wake up for yoga at the cenote in the morning, have a rosé-fueled lunch by the pool, spend an afternoon reading by the spa after your massage, join the other guests for tea time and cocktail hour at the main house, and dress up for dinner at one of the coolest restaurants in Mexico. Though it’s not the only reason to visit Mérida, this hotel should definitely be at the top of your itinerary when you’re planning your trip.