He noticed there wasn't a yacht service that catered to Black travelers. So William Lee created one.

One of the tenets of business success is to find a niche with a need and fill the void. William “Bud” Lee did just that in August of 2020 when he started the Yacht Club Company. His company is the first yacht club in Tulum to curate experiences for people of color.

Call it serendipity or destiny, but last June, Lee says he was so stressed out from the pandemic and being stuck at home that he decided to at last check off an item on his bucket list and make his way to Tulum for restoration. He planned to stay for two weeks, but he fell in love with the people, the culture, and the next thing he knew he had signed a lease, was calling Tulum home, and saying goodbye to Los Angeles.

A friend came to visit him in Tulum and suggested they go out on a yacht. It was Lee’s first time. He says it wasn’t a very impressive experience. “The cabin smelled moldy, the food was unimpressive, it was impossible to move around the boat during the trip,” says Lee.

But shortly thereafter he gave yachting another try with a different company and the story was quite different. The service was high touch. In fact, he loved it so much that he asked to speak with the owner. They hit it off and Lee began envisioning himself curating tours. That company, H2oh Sun Cruises would become a partner.

By August, the 30-year-old Lee became founder and CEO of the Yacht Club Company.  He decided to lease yachts rather than own them. “I looked at Airbnb and Uber. They don’t take on the cost of a depreciating asset. It doesn’t make sense for us either. We don’t have to worry about maintenance, docking fees,” says Lee.

H2oh Sun Cruises was an ideal company to work with, says Lee, given their professionalism and attention to detail in maintaining the boats and the aesthetic of their vessels. They’re also equipped for customization.

Lee focuses on POC because he says they are underserved in Tulum. “We spend a lot of money at restaurants and bars and they’re not playing our music,” says Lee, who believes the more than $1 billion that Black people spend on travel a year is underappreciated.

He seized the opportunity to cater to that demographic. Come on one of his tours and you’ll know immediately it’s a Black thang, steeped in the culture. “I have alcohol that we like, Hennessy, Azul, Patrone. Some other tours you’re going to get guacamole, ceviche. Us, fried grouper, rice and beans, and fire-grilled chicken, ‘90s R&B music. It’s a premium experience for sure, but not at a premium cost,” says Lee of the company’s private tours.

Many yacht trips focus on snorkeling in the coral reefs; this isn’t exactly the case with Yacht Club Company. “Black people aren’t necessarily looking to get in the ocean with stingrays. Our experience is more about jumping in the water, partying. We will meet up with other boats and party.” You can also customize your tour with amenities like a mixologist, your own playlist, a chef, and more.

Lee’s on to something. In his first month, he did 32 tours and has been doing 35 to 40 a month ever since. “I think we’re on track to surpass $500,000 in 12 months,” says Lee. That’s despite the pandemic. One upside is that Mexico has been a destination that people feel safe traveling to. 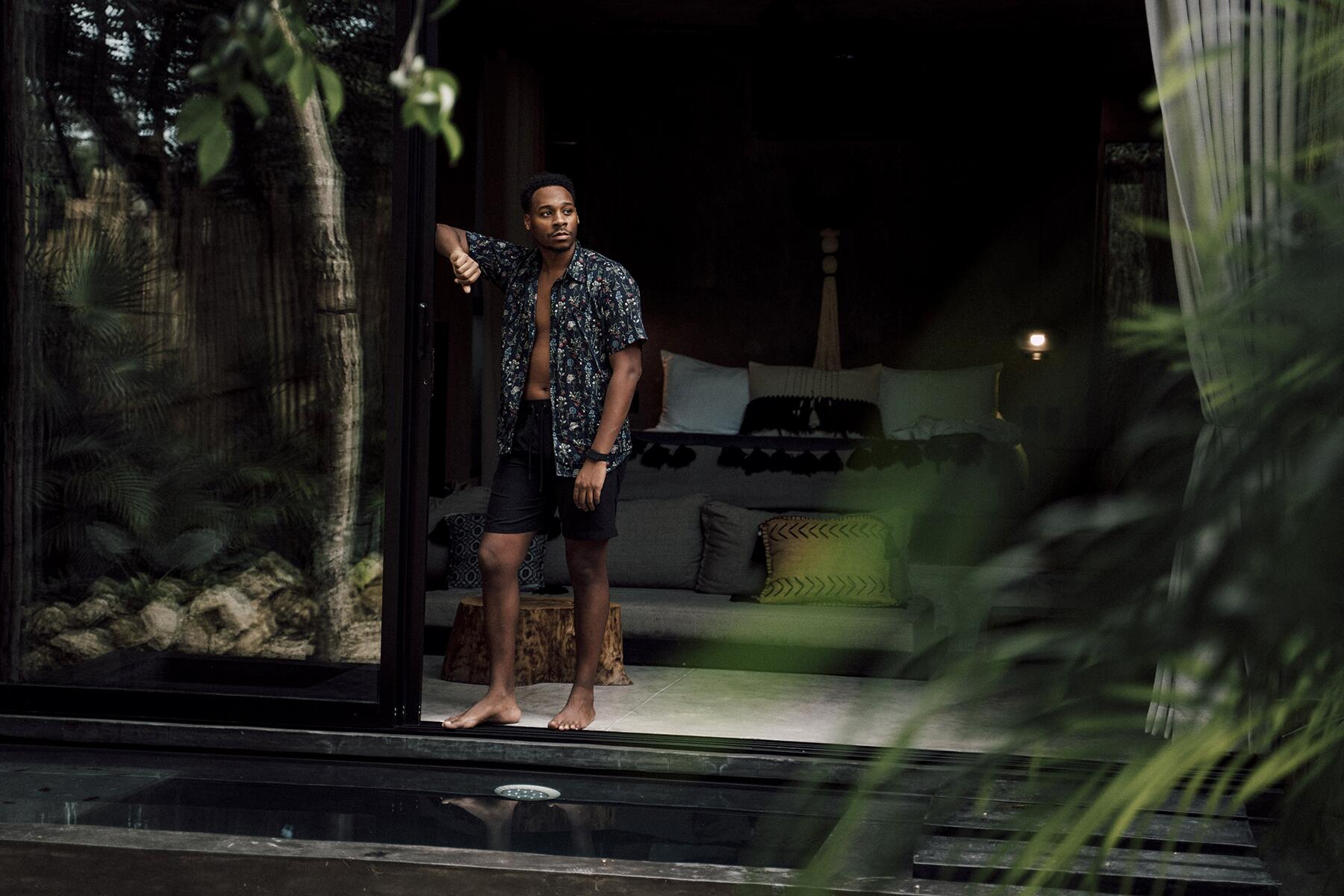 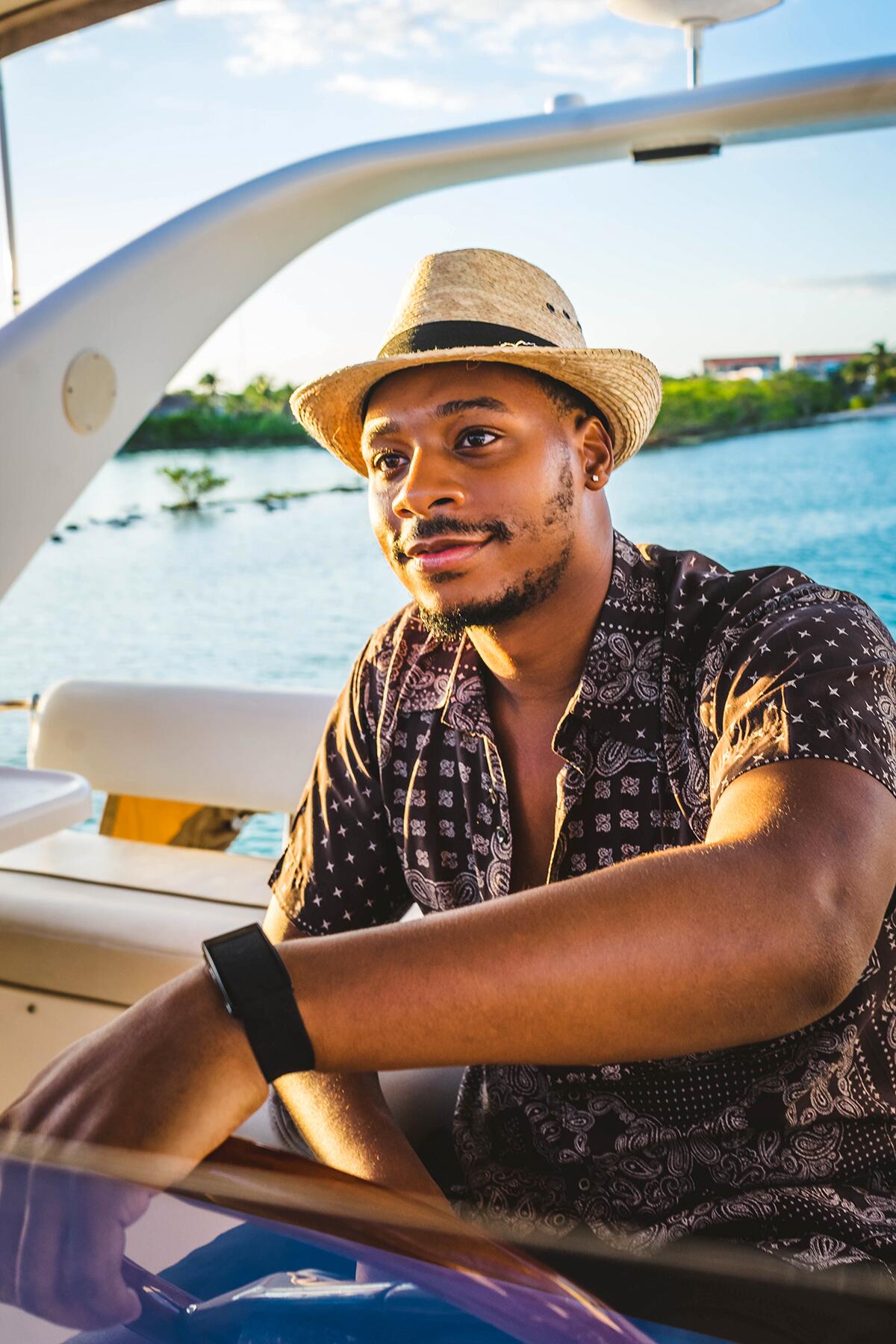 Word of mouth via social medial, especially Instagram, created megawatt buzz. “Eighty-five percent of our traffic is from Instagram,” says Lee. Celebrities such as Megan Thee Stallion, Trey Songz, Candice and Omar, are among those who have experienced the YCC adventure.  DJ Kev and Omar in particular have sung YCC’s praises on social media. “We have people coming an hour-and-a-half away from Cancun to do our tours.”

Tamika Ponce of Chicago escaped to Tulum for nearly three months. As luck would have it, a few hours after arriving in Tulum she was at a corner store and a man who wanted to buy garbage bags needed help translating to the cashier. She stepped in and they struck up a friendship. He was one of Lee’s partners. Before Yacht Company Club launched, she had yachted around Tulum, but she was more impressed with her ride with her newfound friends. She and eight of her friends felt spoiled. “They really catered to our every need. I don’t think anyone made their own drinks,” says Ponce. “There was plenty of room for everyone to dance and kick it.” Better still, “the food was amazing. The chicken was cooked to perfection, as were the rice and beans. And it was plentiful, most people had seconds.” She and her friends used one of their cell phones to connect to the Bluetooth system, so they set the vibe with whatever music they wanted.

Her experience was so good, she took two more trips with them.  Says Ponce, “I refer them to everyone who asks about boat rentals in Tulum.”

Such rave reviews fuel the business that is just getting going. Lee has big plans. They won’t be just a yachting service, though they will expand services and are scouting out opportunities in Miami and Cabo. The next level is a membership club and community for traveling POC. They already have partnerships with one boutique hotel, one Airbnb super host, and a popular restaurant group in Tulum. The Yacht Club Company Membership will give people access to private events, concerts, discounts at hotels, restaurants, and more.

For example, in 2022, YCC will team up with Hotel Bardo to put on a Black Yacht Week. “There will be yachting. Cool excursions to cenotes, music, featuring Afrobeats artists, and more,” says Lee.

Lee focuses on POC because he says they are underserved in Tulum. “We spend a lot of money at restaurants and bars and they’re not playing our music,” says Lee, who believes the more than $1 billion Black people spend on travel a year is underappreciated.

The idea with the membership club is to be a “connector-in-chief” of sorts to the good life while traveling. Already, Lee has been able to hook up his customers. He and his two business partners are well known in town. “We have made phone calls to get our customers into hard-to-get-in restaurants and even made reservations,” says Lee.

While he may be new to the world of yachting, he is a seasoned techie. He is co-founder of Seshie.io, a company that offers virtual team building activities, that is backed by Comcast/NBCUniversal. He is also co-founder of Socionado.com, which is backed by Will Smith and specializes in matching companies with employer branding teams to elevate their social media presence.

Why the yachting business and why now? “I just did it. I didn’t think about it twice,” says Lee.

A big part of his motivation is the power he sees in travel and he wants to encourage it, especially for people of color. “I was an inner-city kid in Philly. I didn’t know this world existed. All I knew was South Philly. When people of color travel, especially younger ones, they get out of their bubble and it broadens their horizon, expands their minds. They start to understand their capabilities, that they can do anything. They become dreamers, and most importantly, they begin to believe in themselves.”

When the time is right, he says, he wants to make it possible to set up trips as gifts to inner-city kids.

For now, though, he’s loving his new stomping grounds and he already sees some change. “You can hear hip hop music and hookah is popular,” Lee says. “There is more attention being paid to Black millennials.” While nothing is keeping him up at night, the company is scaling fast. Success is coming quickly. “I need to hire staff,” says Lee, who along with his partners have very full hands. But, he says, “These are good problems.”