We’re here to set the record straight about one of the world’s most vibrant cities.

Mexico City is a lot of things, but intimidating is not one of them. Forget the rumors you’ve heard—Mexico City is easy to navigate, affordable, and filled with endless adventure. The most populated city in North America is famous for its art, food, and history while remaining globally diverse, cosmopolitan, and modern. Its focus on culture and community is the real appeal and will leave you begging to come back. However, this beautiful city sometimes gets a bad reputation for being chaotic, dirty, and dangerous. These misconceptions tend to be perpetuated by people who have never even visited, so we’re here to deliver the truth. 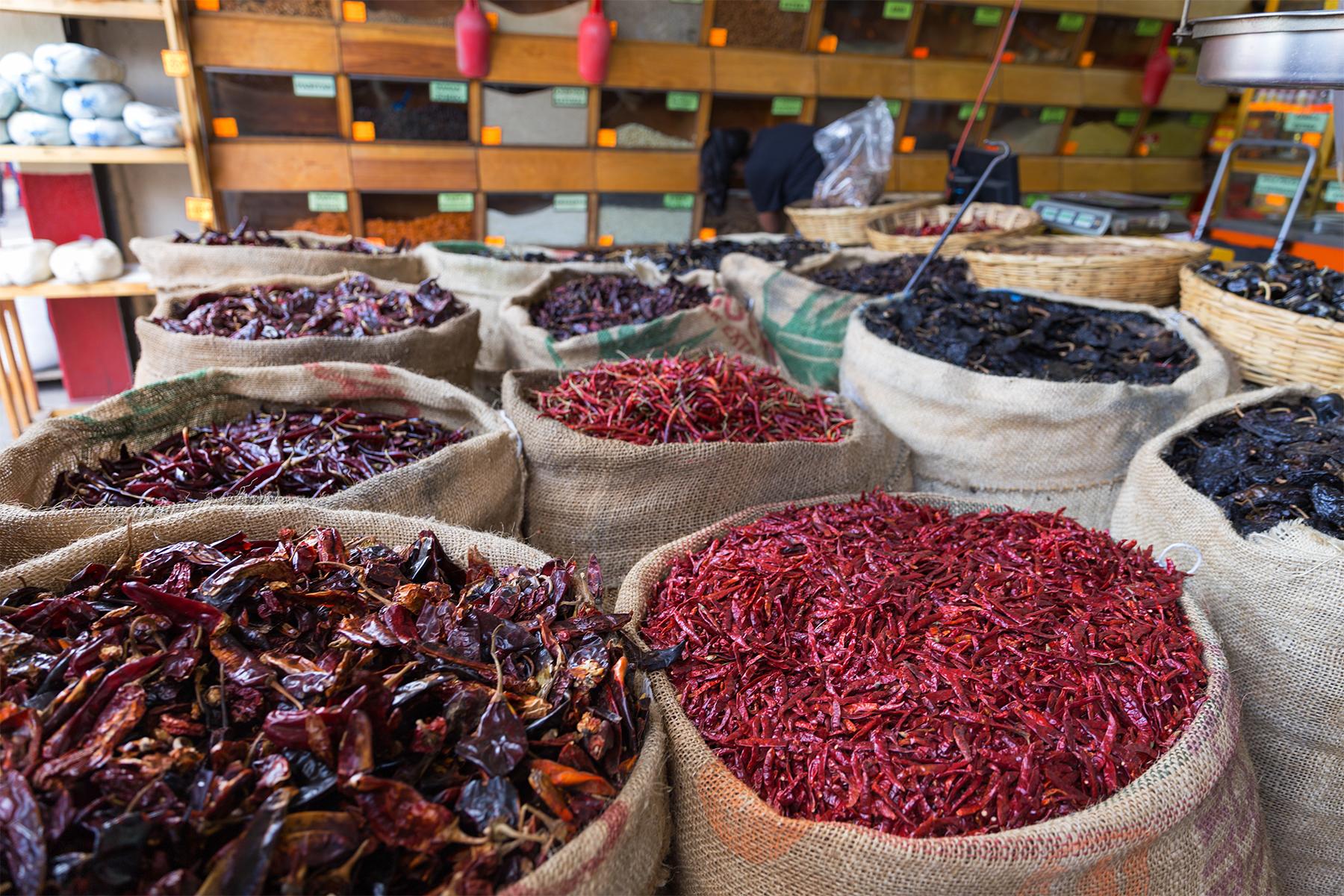 Misconception: Mexico City Is Overwhelming to the Senses

Sure, unless you’re from Mumbai or New York City, the strong smell of delicious street food may be a bit intense. However, you’ll soon learn to love the smell of charred meats after you fill up on a few tacos al pastor or guajolotas, a street food staple in the city that consists of a tamale stuffed inside a bolillo (the bread used to make tortas). Besides that, your senses will not be any more overwhelmed than being in any other city. 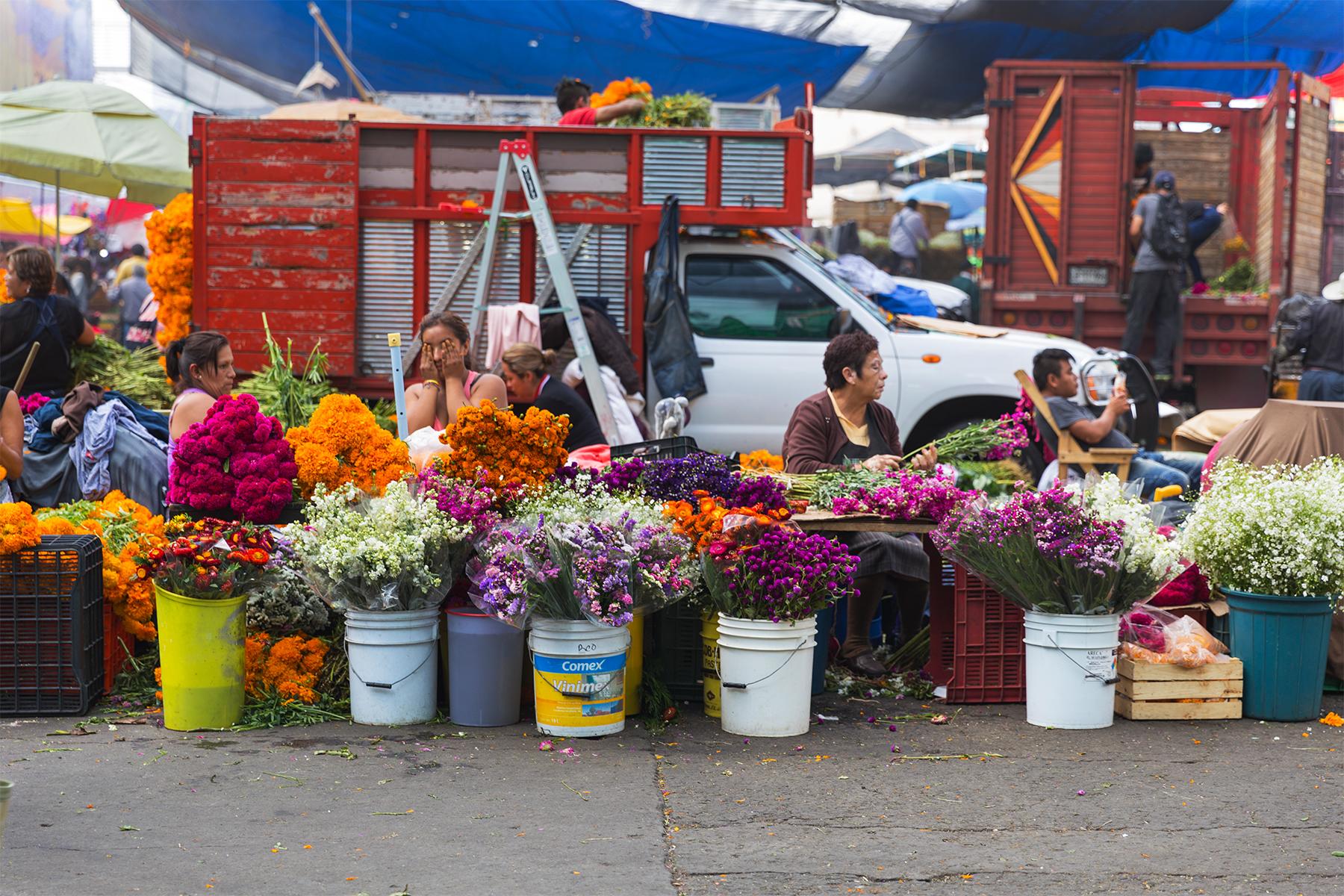 Misconception: The Language Barrier Is Too Hard

Yes, you may struggle a bit to communicate depending on how well you paid attention in Spanish class.  But we promise you will not struggle to communicate more than any other country where English is not the primary language. The fact is that most of the U.S. speaks Spanish and you should really try to learn anyways, so use your visit as a chance to practice your speaking skills. Locals will be more than happy to interpret your rusty Spanish and help you communicate. However, English is commonly spoken and even non-tourist trap restaurants usually carry an English menu. After all, Mexico City is home to the largest population of American expats in the world. 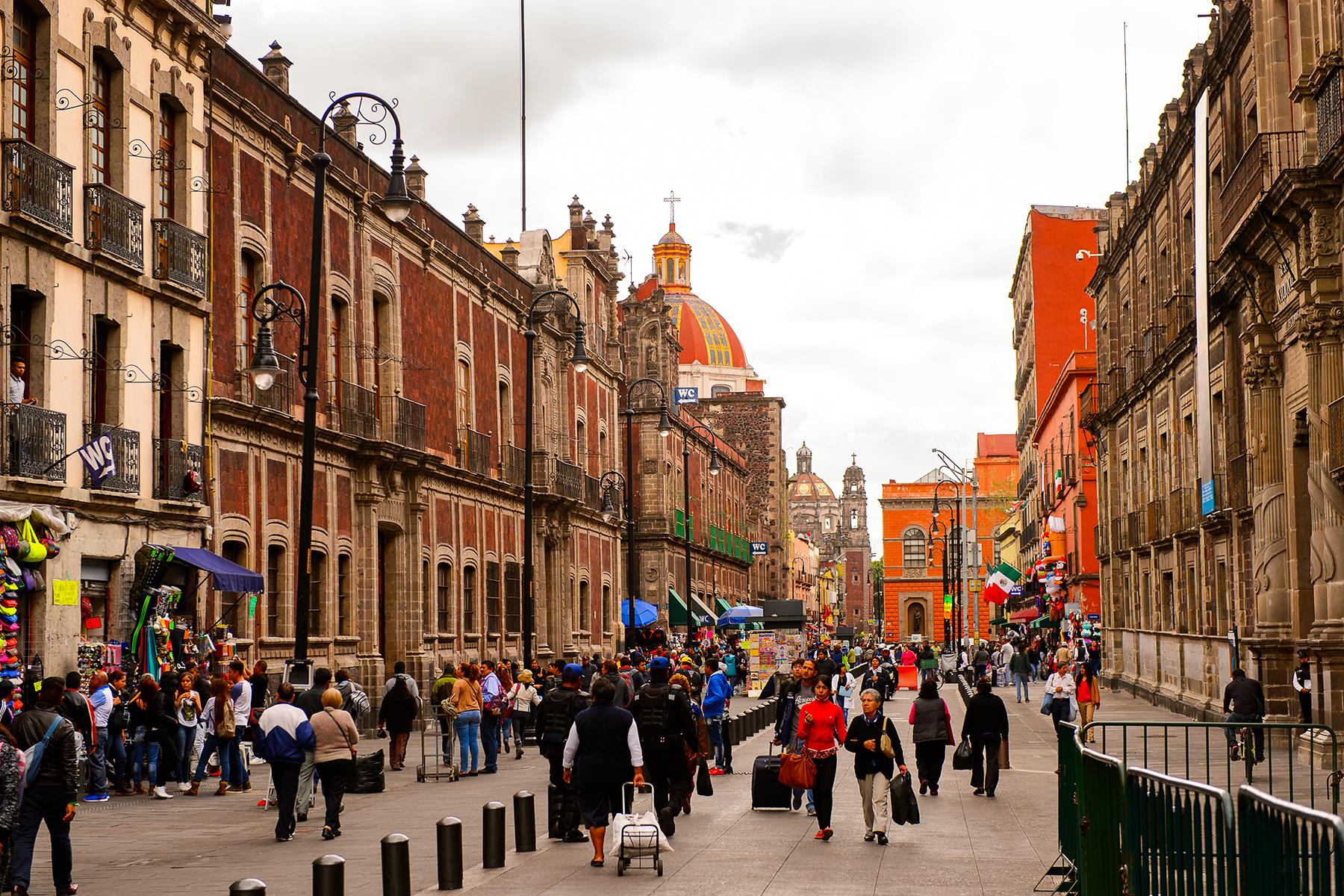 Misconception: There Are Too Many People in Mexico City

With almost 9 million people, Mexico City is the most populated city in North America–and that could sound a bit intimidating. But, Mexico City is HUGE and all that space fits everybody pretty well. Get rid of those visions of sidewalks being too packed to even walk down. The sprawl of the city controls crowds extremely well (but it doesn’t cure traffic). 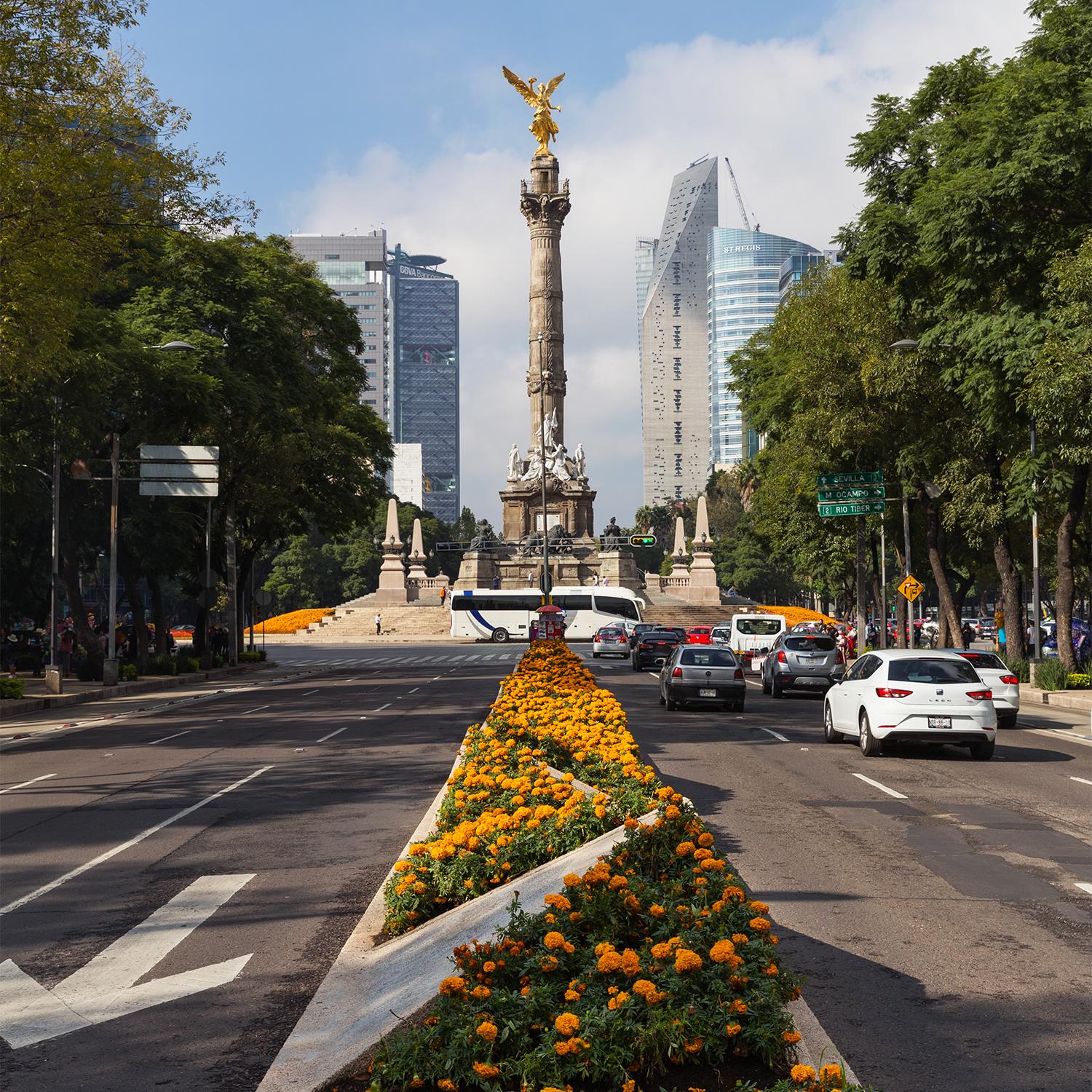 Misconception: The Traffic Is Terrible

Okay, sure: This misconception has some truth to it. Mexico City does have horrible traffic. Rush hour in Los Angeles doesn’t even compare to the traffic in Mexico City. It is bad, but it‘s also manageable. As long as you avoid treks across the city during rush hour, there should be no problem in getting around by car.

If traffic sounds too daunting, the city has a great public transportation system that is cheap, reliable, and spread-out. Walking is also a viable means of transportation if you’re staying in a concentrated area and we highly recommend exploring a few neighborhoods by foot to observe the incredible historic architecture.

INSIDER TIPSunday is family day for most Mexicans and you can normally find locals at home or enjoying some sunshine in the park. Lucky you, because this means that the streets are basically empty on Sundays. Plan your biggest driving excursions on a Sunday and you’ll never hit traffic. 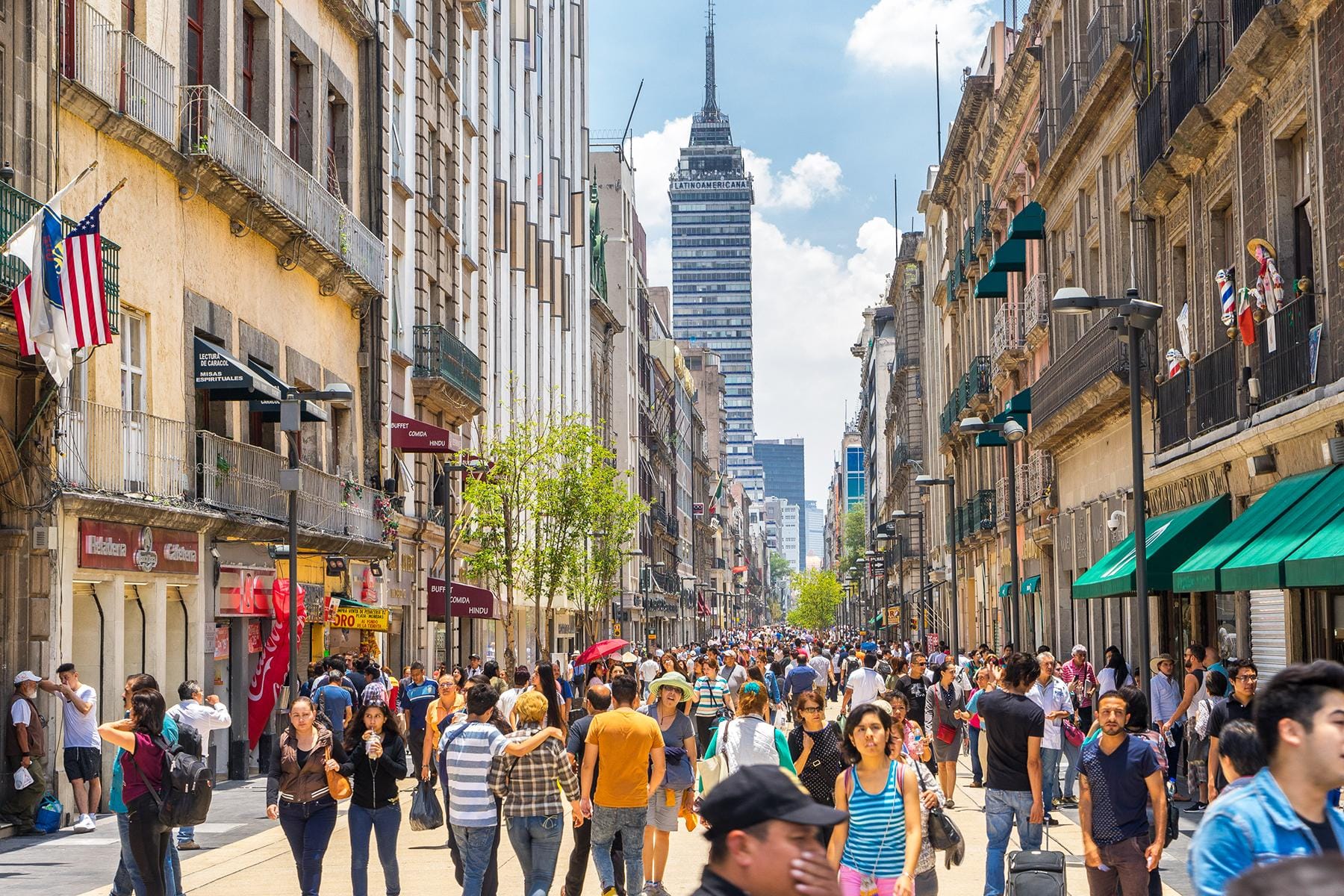 Mexico City might not be the safest place in the world, but it’s no more dangerous than any other huge city of its size. Just as you would in Chicago or Paris or Sao Paulo, be aware of your surroundings, keep flashy jewelry and cameras to a minimum, and consider taking an Uber after dark. Mexico City is filled with friendly people, public security, and nice bright streetlights for walking around at night.  Tourists won’t even be given a second glance from the city’s residents. Locals strongly value family and community, making the city not only safe, but incredibly inviting. 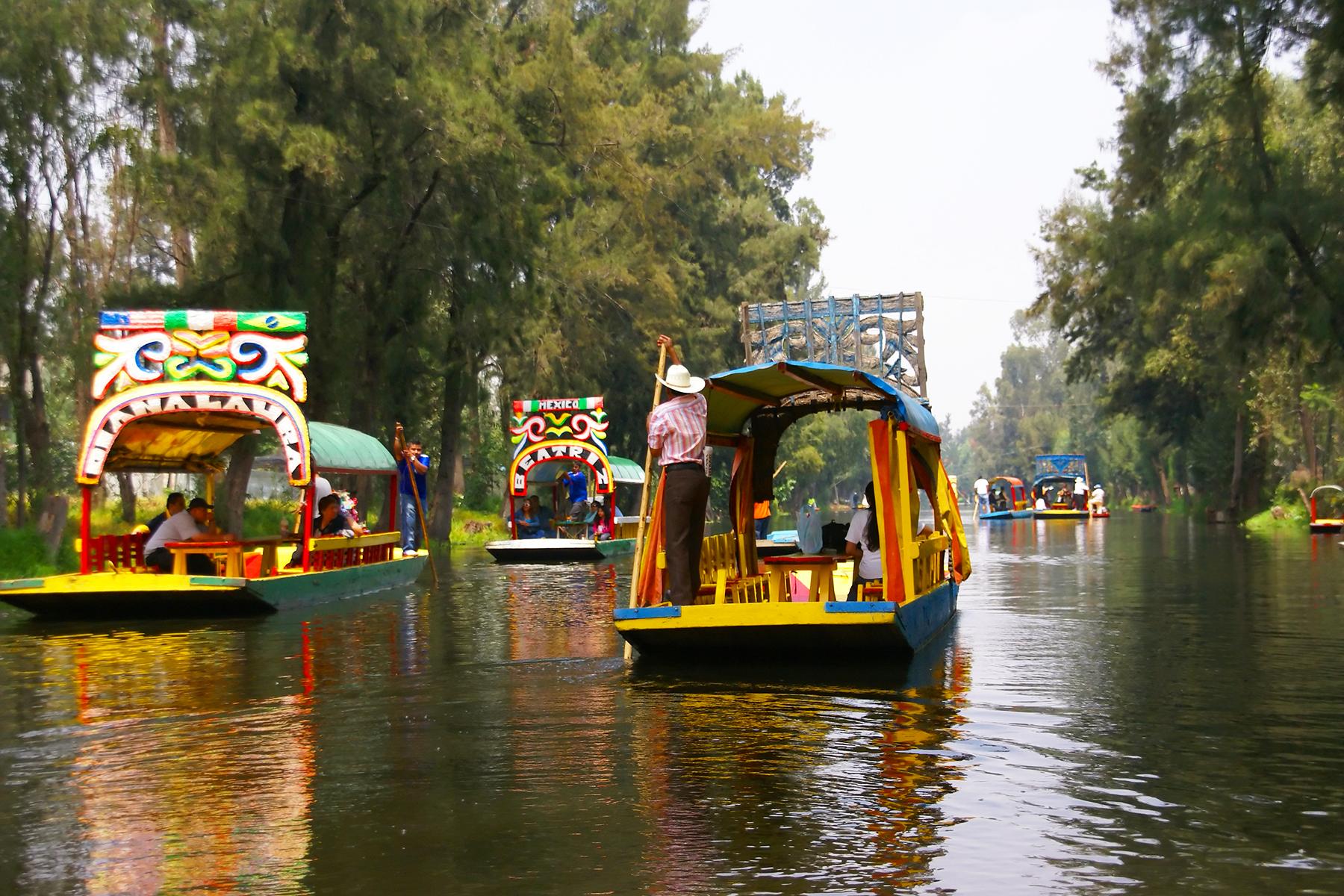 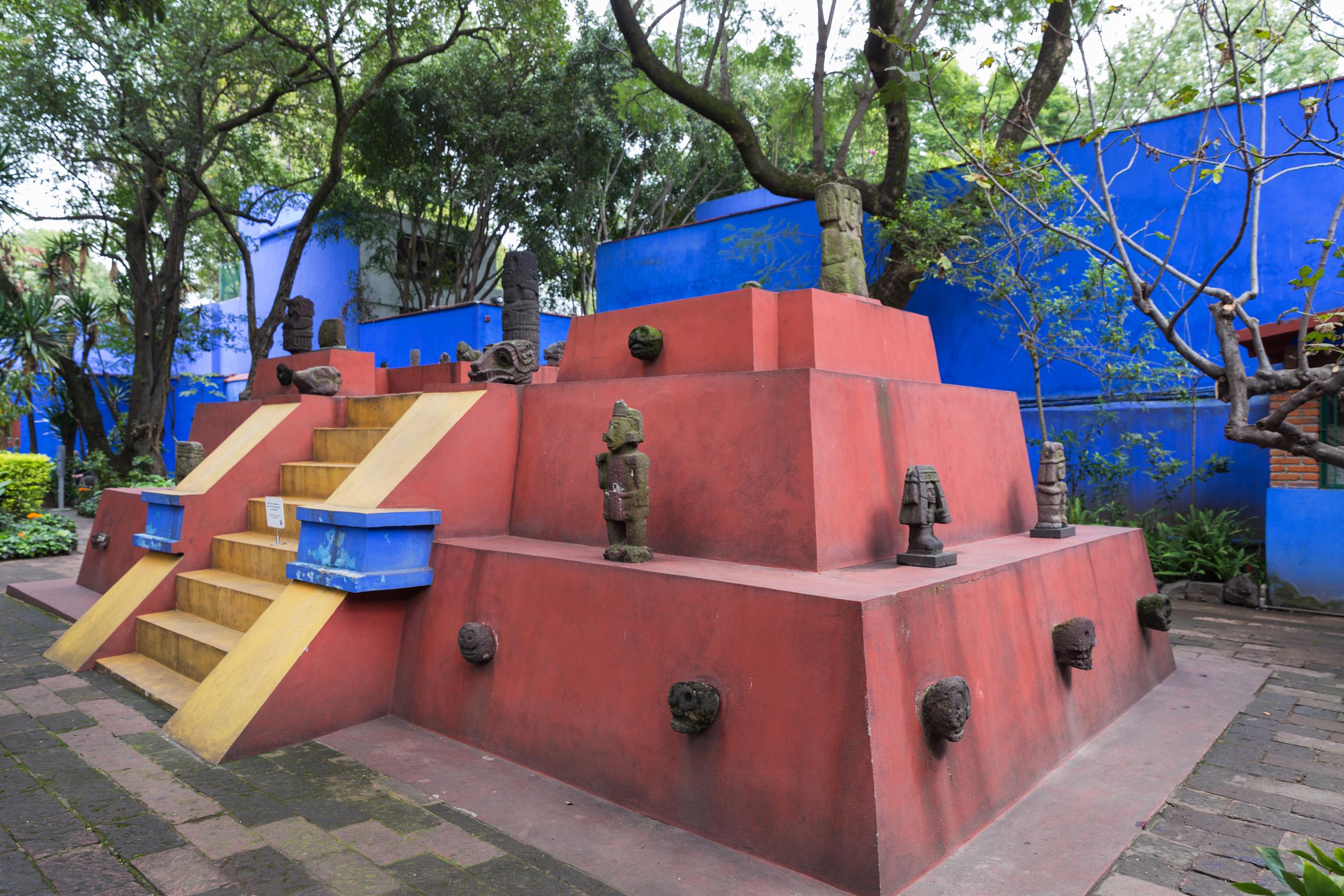 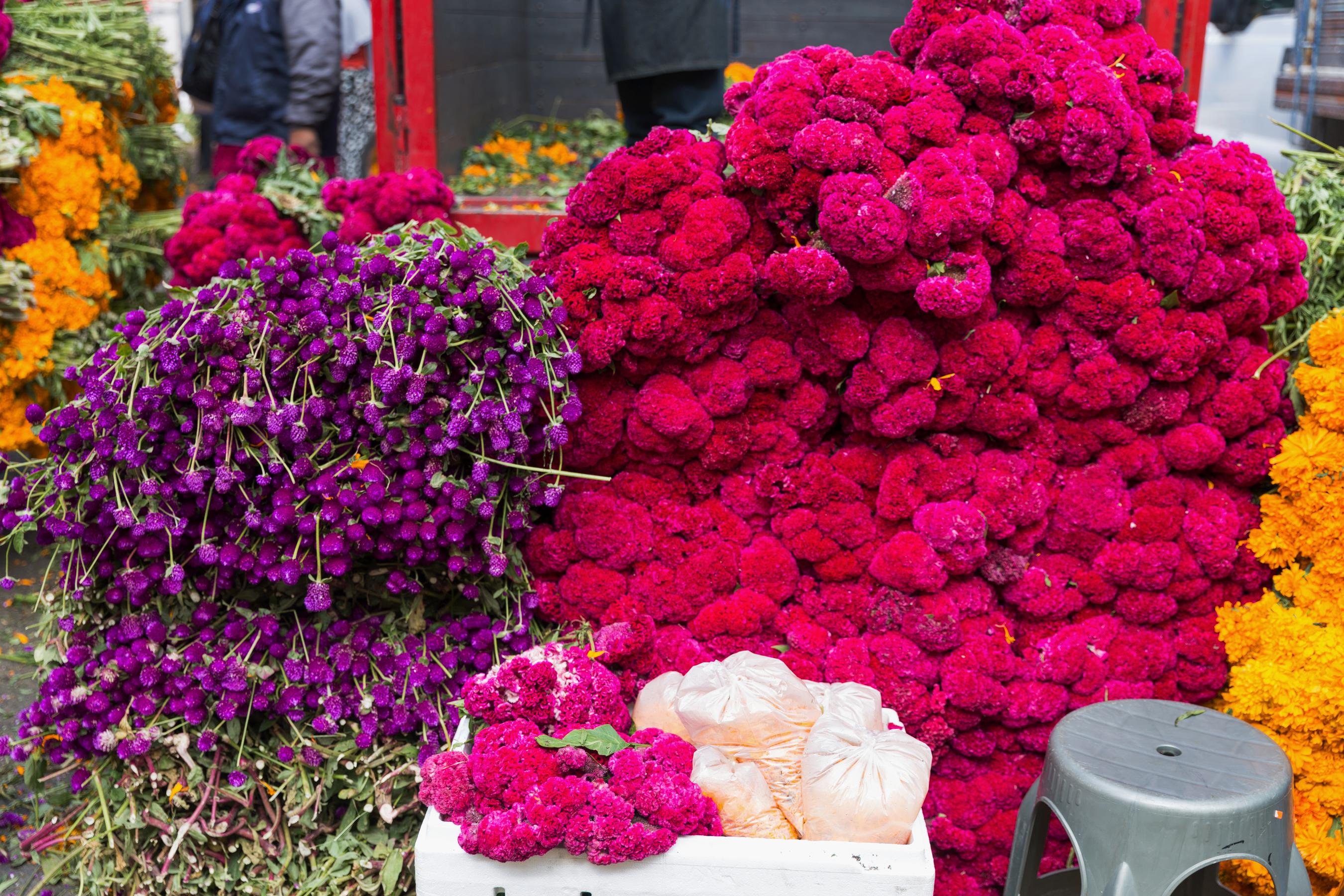 PHOTO: Allison Gretchko
Previous Next
6 OF 10

Yes, Mexico City is an urban metropolis, but that doesn’t mean that there aren’t glorious parks, tree-lined boulevards, and wondrous canals left over from when the land was actually a lake.  The city is filled with flora and fauna and more trees than you would usually find in such a large urban environment. If you need a bit of nature on your vacation, head to Chapultepec Park, the second largest urban park in Latin America, measuring at least twice the size of New York’s Central Park.  Originally an area known as a retreat for Aztec rulers in the Pre-Columbian era, the land now houses numerous museums, sculptures, lakes, fountains, and sprawling green space. The park is purposefully filled with trees that help off-set some of the city’s pollution and is an ecological refuge.  Or, visitors can spend an afternoon in Parque Mexico, located in the hip Condesa neighborhood. Known for its Art Deco architecture and famed Lindbergh Open Air Theatre, the grounds are filled with ponds and walkways.

If you’re after a bit of water to calm your soul, make a stop in the southern half of Mexico City and visit Xochimilco. The ecological area is made up of a lake that was turned into a canal system with the creation of artificial islands (chinampas) used mainly for agriculture and ecological reserve. Most famous for its floating gardens and plant sales, the real gem in the wetlands is the organic farm Yolcan. This spot is working to revitalize the area and support the local community through its produce, CSA program, and exclusive dining experiences. 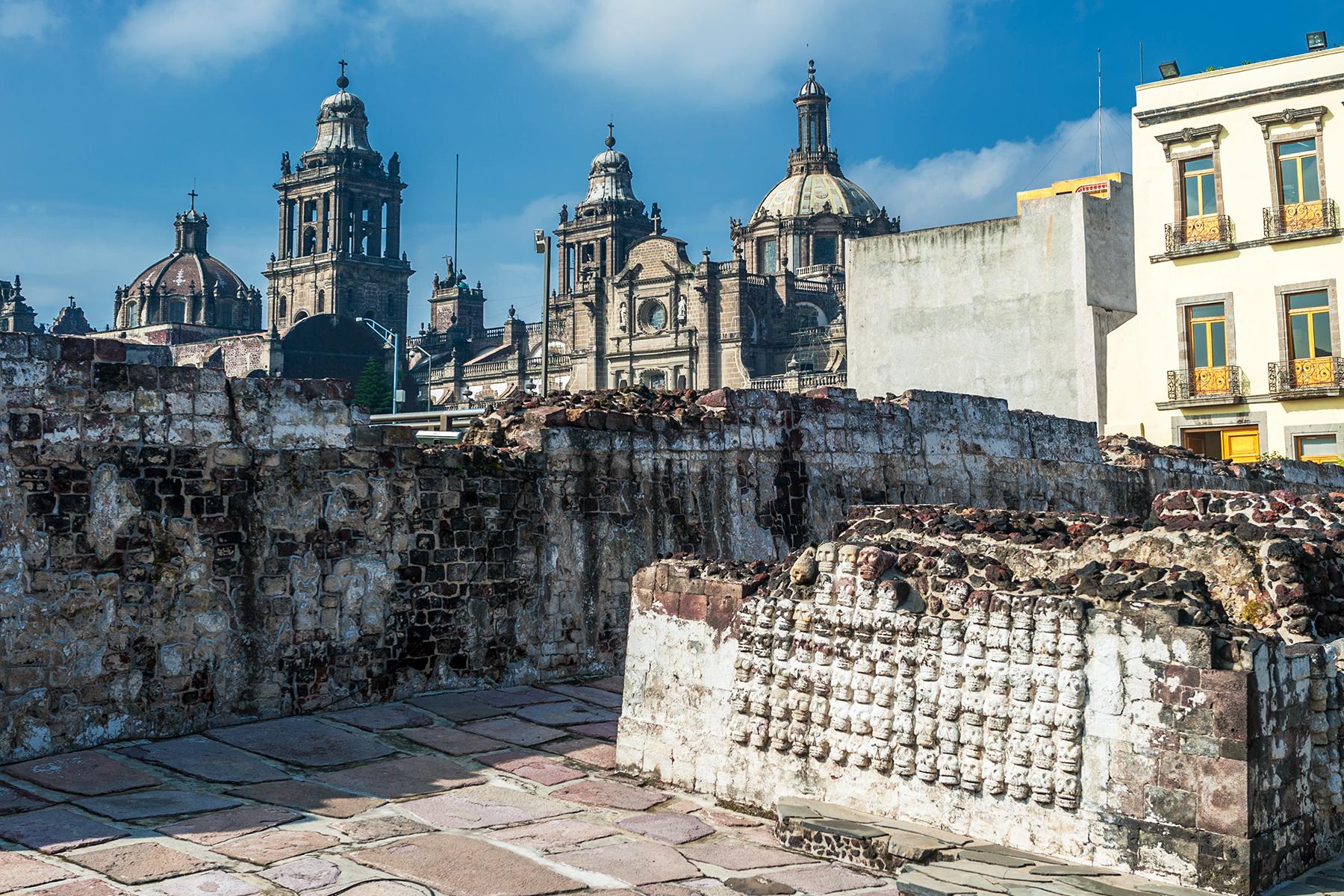 Mexico City Is Sinking and Visiting Will Only Make It Worse

Mexico City was built on an ancient lake bed and with climate change and the depletion of natural resources for drinking water, the city has been slowly sinking. Don’t fret though, putting an extra person on top of the loose soil will not cause permanent damage, nor is it a cause for concern amongst visitors.  To understand how sinking has affected the city’s history, make a trip to the Templo Mayor.  The main temple of the Mexica people built around 1325 was covered over by Spanish colonists and excavated in the late 20th century, unearthing a city of temples sunken a few feet underground.  It’s a great place to glimpse the ancient civilization that existed before modern-day Mexico City. 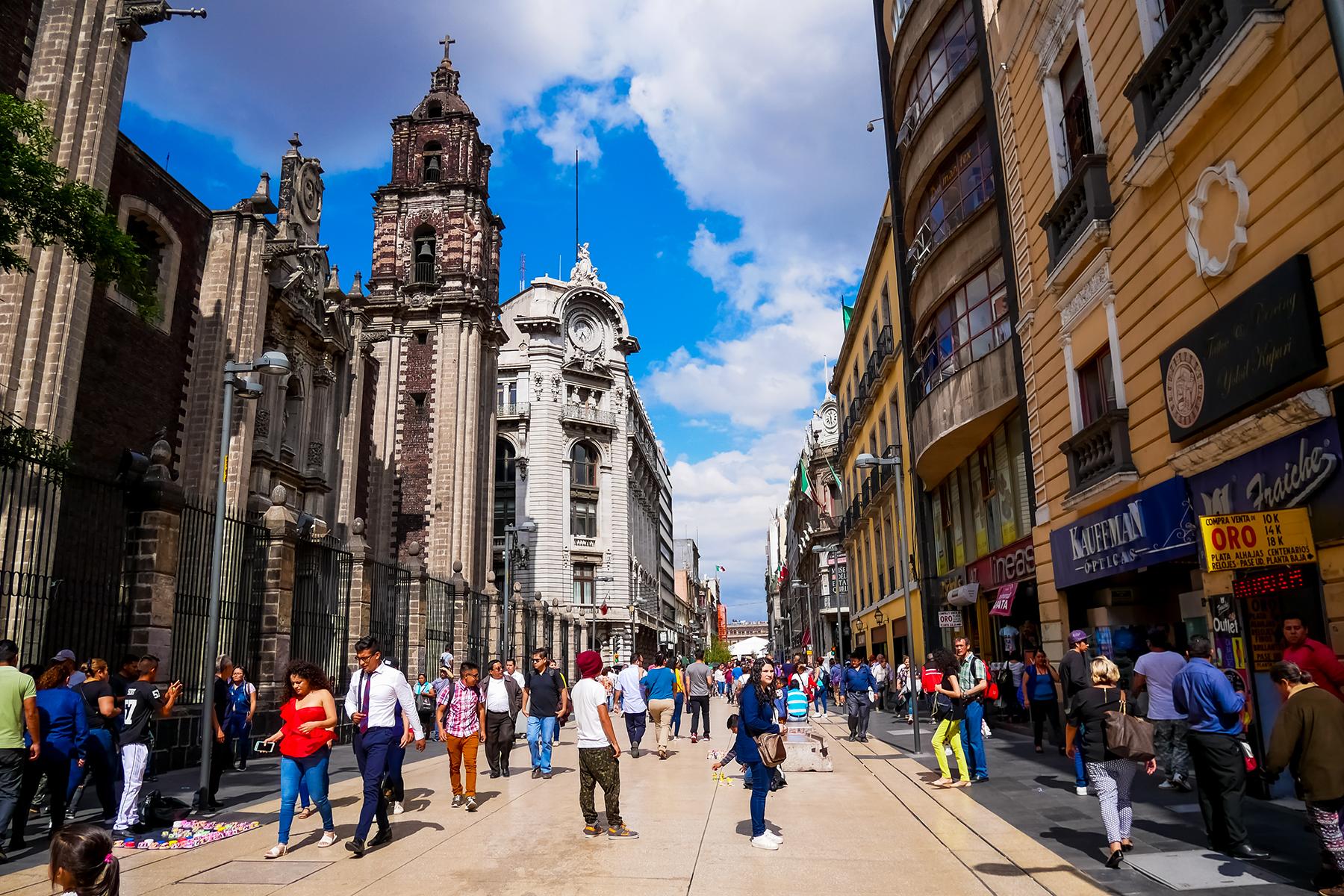 All that traffic comes with the inevitable blanket of smog, but fear not, Mexico City has come a long way in reversing its air pollution damage. In 2012, the city marked around the same ozone and air pollutant levels as Los Angeles. It might prove a bit irritating if you aren’t used to it, but the air quality is completely safe. Reduce your contribution to pollutants by walking and taking public transportation while visiting. 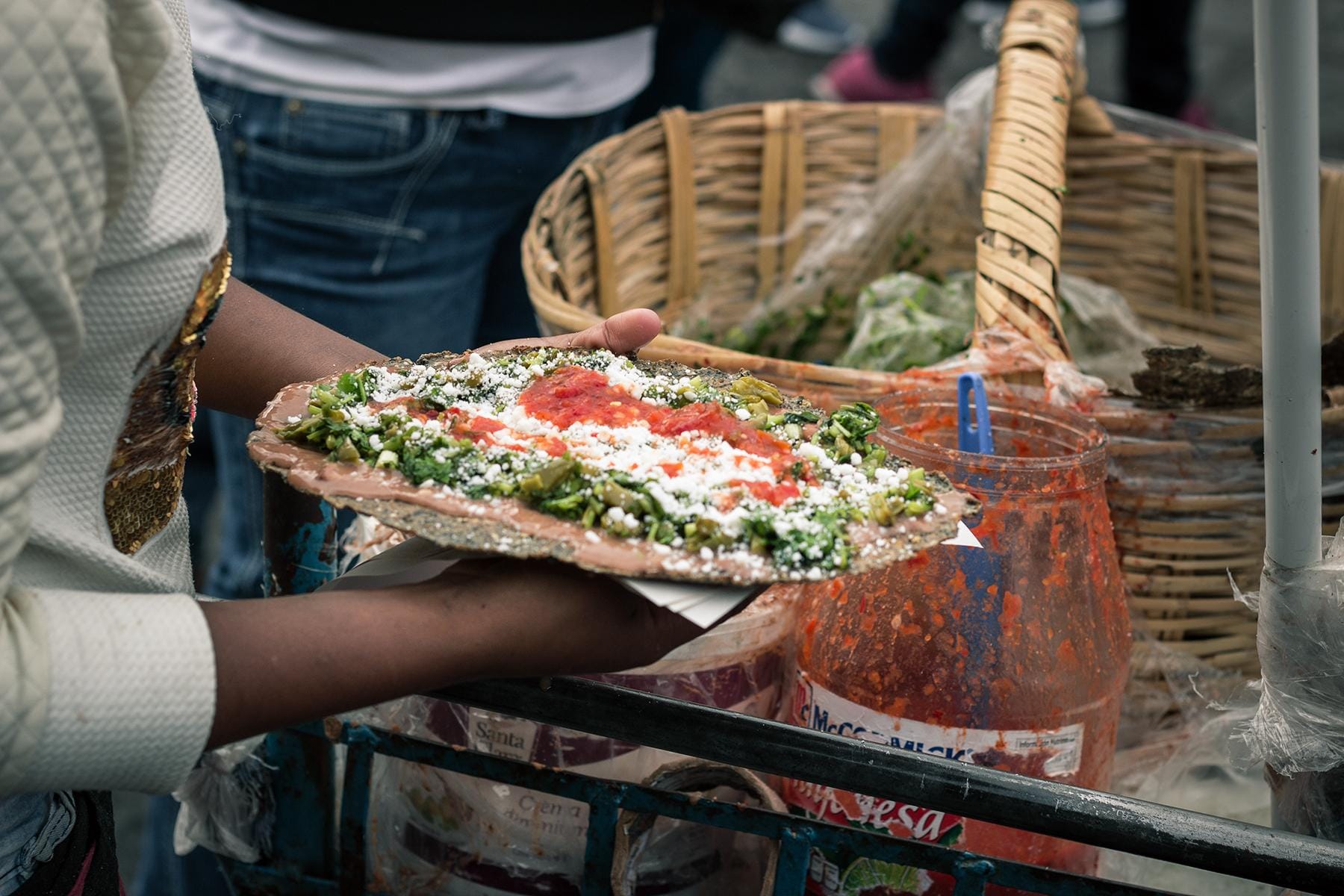 The Food in Mexico City Will Make You Sick

If you believe the specific misconception that street food will make you sick, then you are truly missing out on some of the most authentic and delicious Mexican food out there. (Not to mention ignoring a huge part of the city’s culture and identity.) Sure, there are great restaurants and incredible fine dining (we’re looking at you Masala y Maíz, Sud777, and Rosetta), but the street food is mouth-wateringly good, cheap, and (mostly) perfectly safe to eat. Stalls appear on every corner, some with lines down the block (that’s how you know it’s good and if you’re still wary, a good bet that it’s sanitary), selling everything imaginable. Seriously, the smell alone could have you asking the vendor for their hand in marriage. Do not pass on the street food. It’s totally safe to eat and your taste buds will thank you.

If you feel like fitting in some hands-on food experience, check out La Flor de Jamaica to learn about the history of chili peppers in Mexico and make some salsa in the process.

INSIDER TIPAs is common for traveling in numerous foreign destinations, it’s best to avoid consuming any tap water in Mexico City. Stick to filtered or bottled water found at every corner store, restaurant, or hotel. Most Mexicans prefer to filter their water, so you will have no issue following suit. 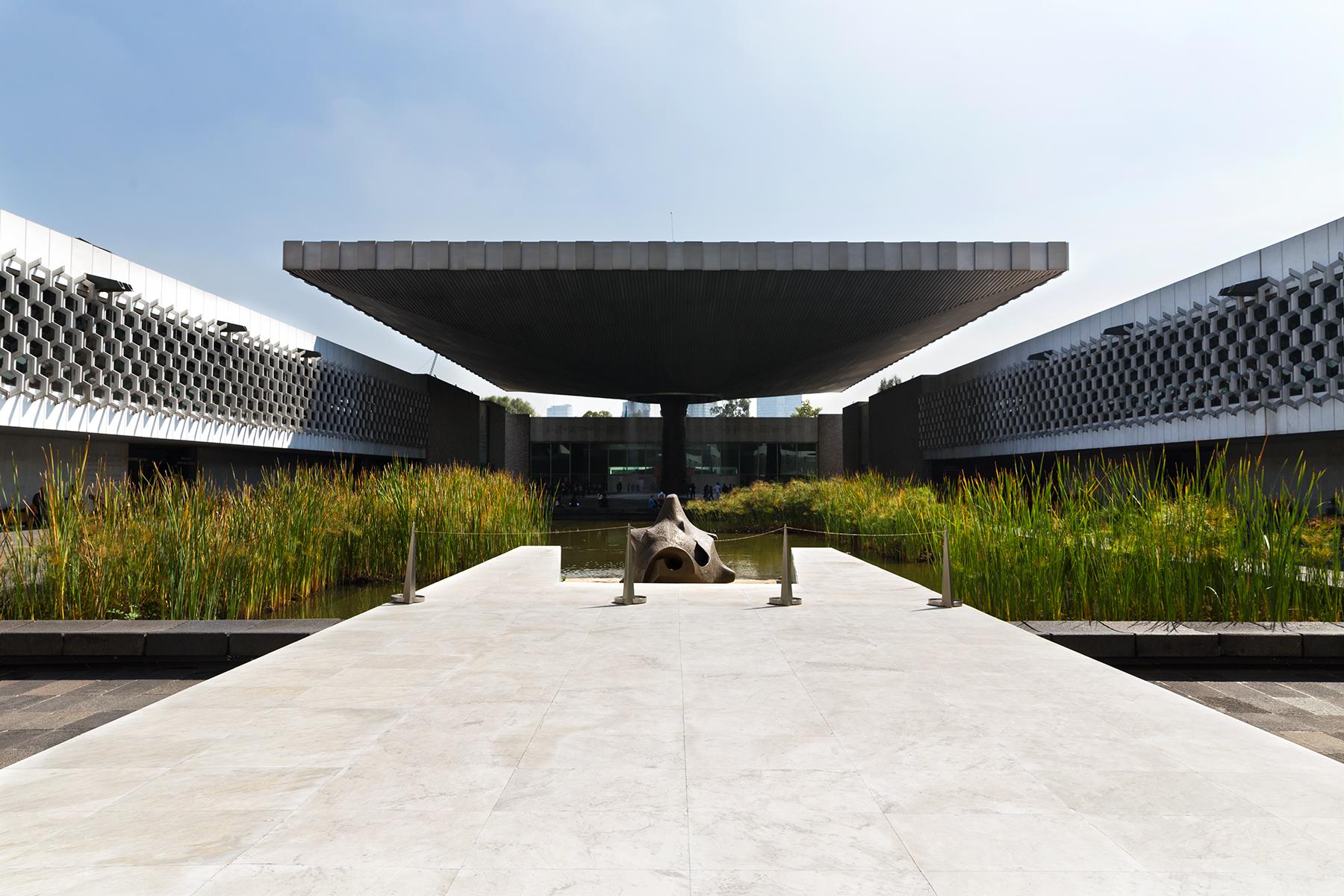 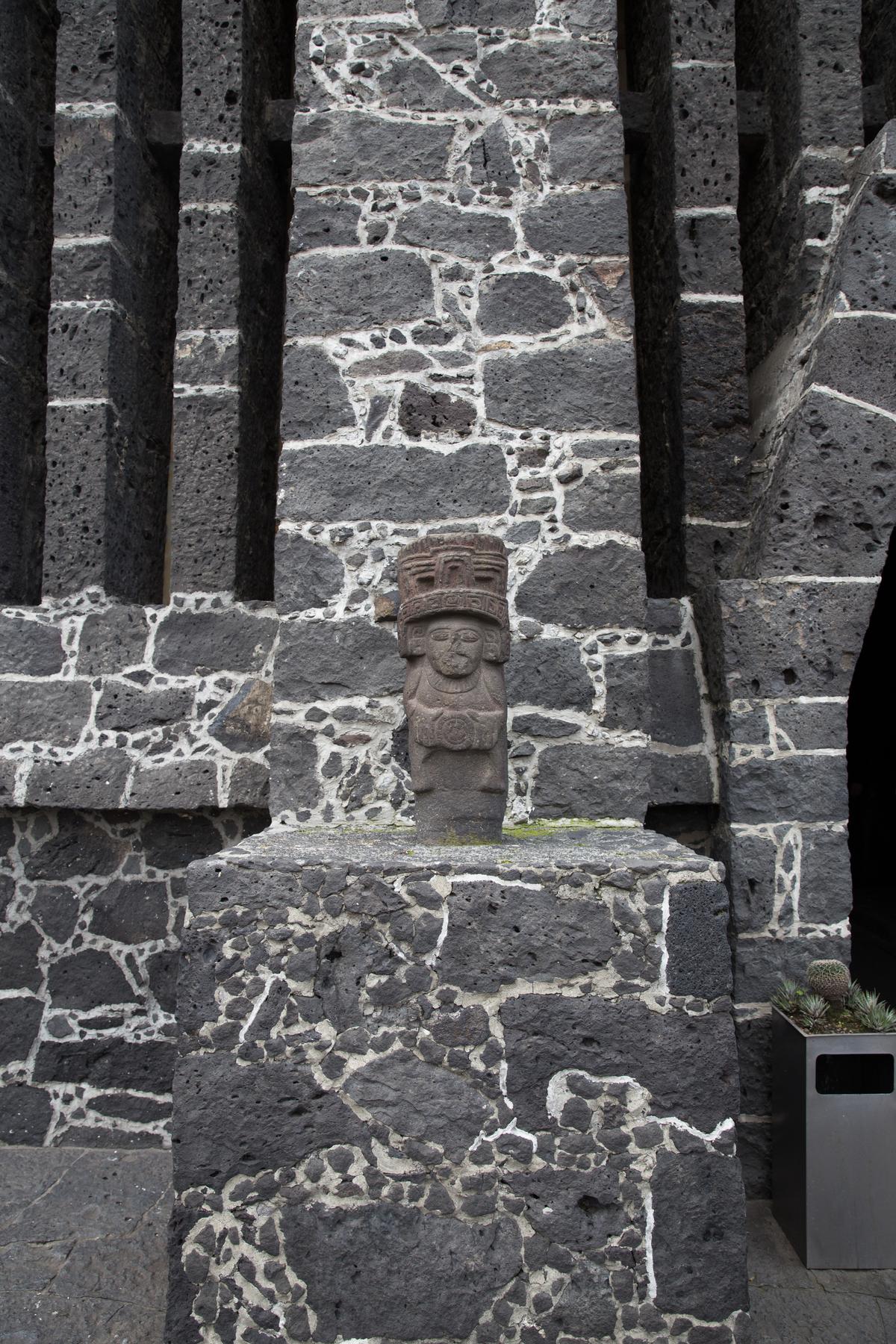 PHOTO: Allison Gretchko
Previous Next
10 OF 10

Mexico City Has No Culture

As an ancient and modern capital, Mexico City abounds with more culture and history than you’ll be able to explore in a single visit (which is the perfect reason to return again and again). Mexico City has a long history arts and culture that can be experienced at over 160 museums, 100 art galleries, and 30 concert halls. Revel in the works of Frida Kahlo and Diego Rivera at Casa Azul and the Museo Dolores Olmedo, but make sure to turn towards the past and visit the Museo Nacional de Antropología and Anahuacalli Museum of Pre-Hispanic Art. Feast your eyes upon masterpieces, study the mixture of Colonial, Neoclassical, and Art Nouveau style architecture, and learn about the city’s identity as the Aztec capital. Mexico City is full of enchanting sights from both its past and present that will capture your curiosity. The fact that all this history and culture exists in one single place will leave you dumbfounded.