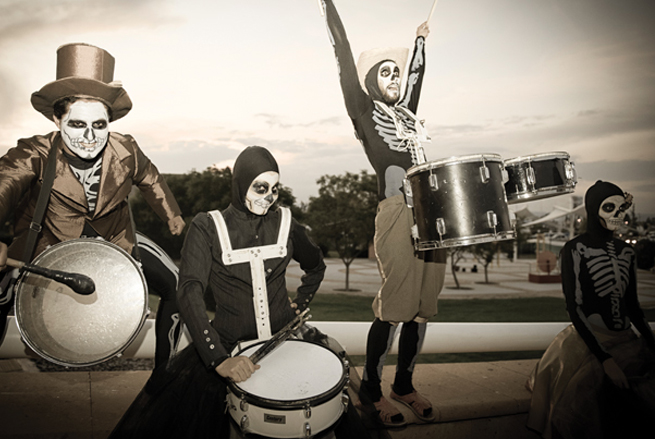 Held on November 2 every year, Día de los Muertos (Day of the Dead) is a day of remembrance in which families come together to pray and share stories about their loved ones who have passed away. Experiencing the Day of the Dead festivals in Mexico is a colorful, joyous event. In the streets, the smell of incense lingers over altars draped in marigold flowers. Families swap candy skulls and other spooky treats and leave trinkets for the deceased. Although this festival is held in every corner of Mexico, there are four notable places where this tradition can be experienced to the fullest.

Patzcuaro Lake in the state of Michoacan

The towns surrounding the peaceful lake are known for their commitment to ancient tradition, which makes their Day of the Dead celebration one of the most authentic in the country. Wakes are held in cemeteries decorated with marigolds and candles, and families light incense in honor of their deceased loved ones. 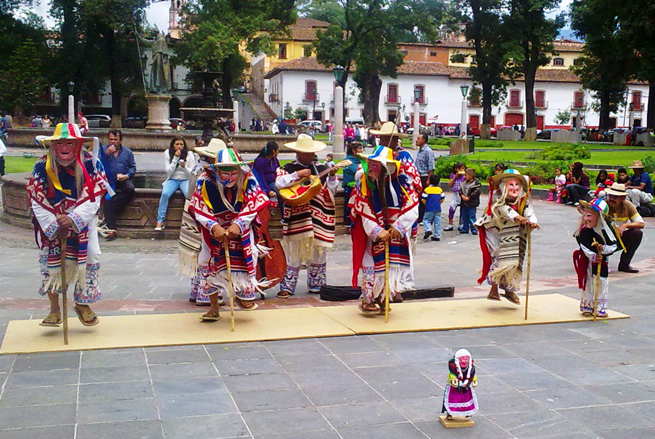 The Temple of Saint Peter and the Nativity Chapel in Jaracuaro hold festivals where punch and tamales are served and consumed next to multi-colored altars. The traditional huehue, or song meant to honor the god Huehueteol, “Dance of the Old Men” is also performed, which has the dancers wearing wrinkled masks and indigenous attire. The performance serves as an ode to the elders and a gentle acknowledgment of mortality.

Calaveritas Festival in the city of Aguascalientes

This festival has been held since 1995, and it's one of the biggest and loudest celebrations in the country. Located in the centric city of Aguascalientes (also known for having the largest and most famous state fair in Mexico), the Calaveritas Festival was created to preserve the tradition and legacy of Day of the Dead. The festival is also an homage to the internationally-renowned artist Jose Guadalupe Posada, whose art explored death. 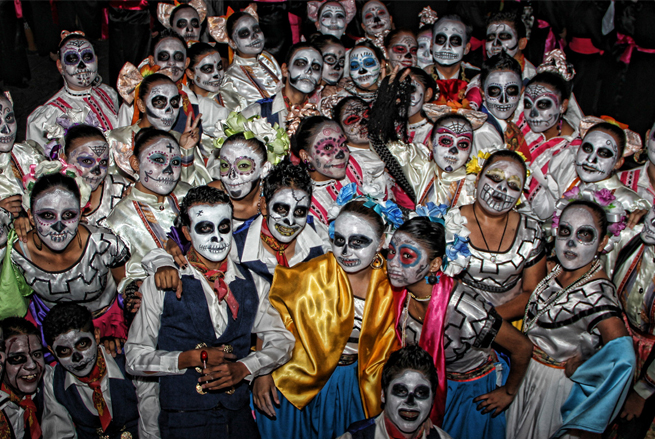 The streets of downtown Aguascalientes host local cuisine and crafts exhibits, graveyard tours, and local music. The highlight of the festival is the Calaveritas Parade, which changes theme every year but always revolves around the concept of life after death.

The best celebration in the Mexican capital can be found in the neighborhood of Mixquic, where the Saint Andrew cemetery is located. During the days leading to November 2, the cemetery's tombs are covered in flowers, candles, sugar skulls, and dishes as a tribute to the souls of those who have been lost. 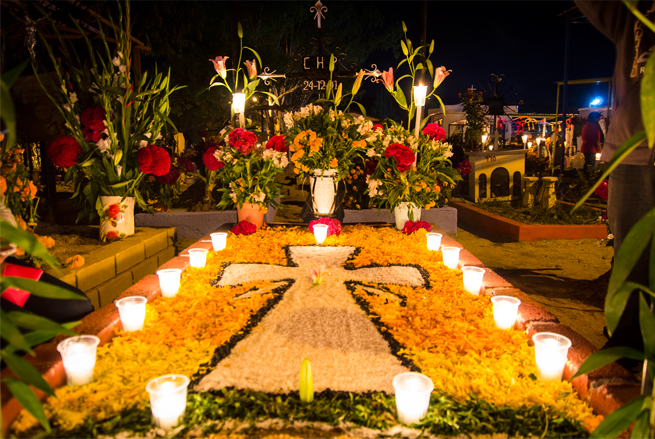 Mixquic also hosts a mock funeral procession as an homage to Mexican culture's humorous view of death; death isn't to be feared, but embraced and even joked about.

Huaquechula in the State of Puebla

Located 28 miles away from the state's capital, also named Puebla, this village is known for their elaborate and gorgeous altars. The ornamental style of these altars is a combination of Catholic faith with prehispanic tradition: white is the primary color, while still maintaining some of the characteristic splashes of bright colors of traditional altars.

The pyramidal structures are usually three levels high and placed at the entrance of a house. The levels represent Earth, Heaven, and the Heavenly Cusp. The latter is represented by a crucifix at the top of the altar. 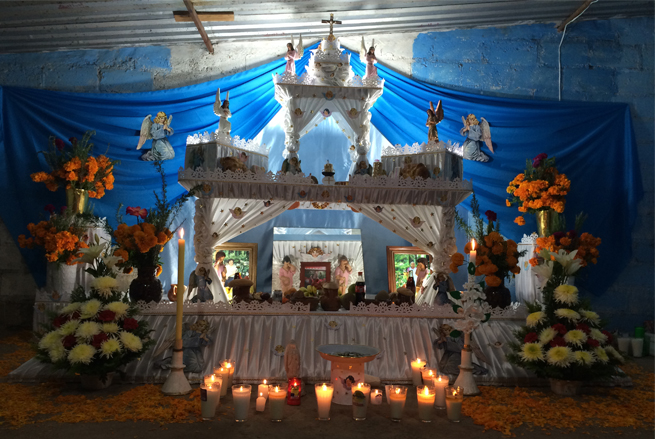 Huaquechula is also known for their ritual of “summoning” the souls. During All Saints' Day (November 1), church bells are played to announce the metaphorical arrival of the dead, which are led to their original homes with marigold petals. People leave their doors wide open as an invitation to their deceased loved ones and those who are visiting for the festival. The hosts will often offer hot chocolate and tradition Mexican sweet bread as a treat for the attendees.

Día de los Muertos is a tradition that brings together people of all ages to celebrate life and death. How will you celebrate?