Guadalajara (along with its up-and-coming suburbs of Zapopan and Tlaquepaque) is an artistic hub with a long history of creativity and trade.

Some skeptical Guadalajara transplants might tell you there’s not much to see in this sprawling state capital. The historic center of the city isn’t necessarily spectacular, the cathedral not particularly grand, and the number one tourist destination lies just over an hour’s drive to the west in Tequila. But for travelers willing to look beyond appearances, Guadalajara (along with its up-and-coming suburbs of Zapopan and Tlaquepaque) is an artistic hub with a long history of creativity and trade. 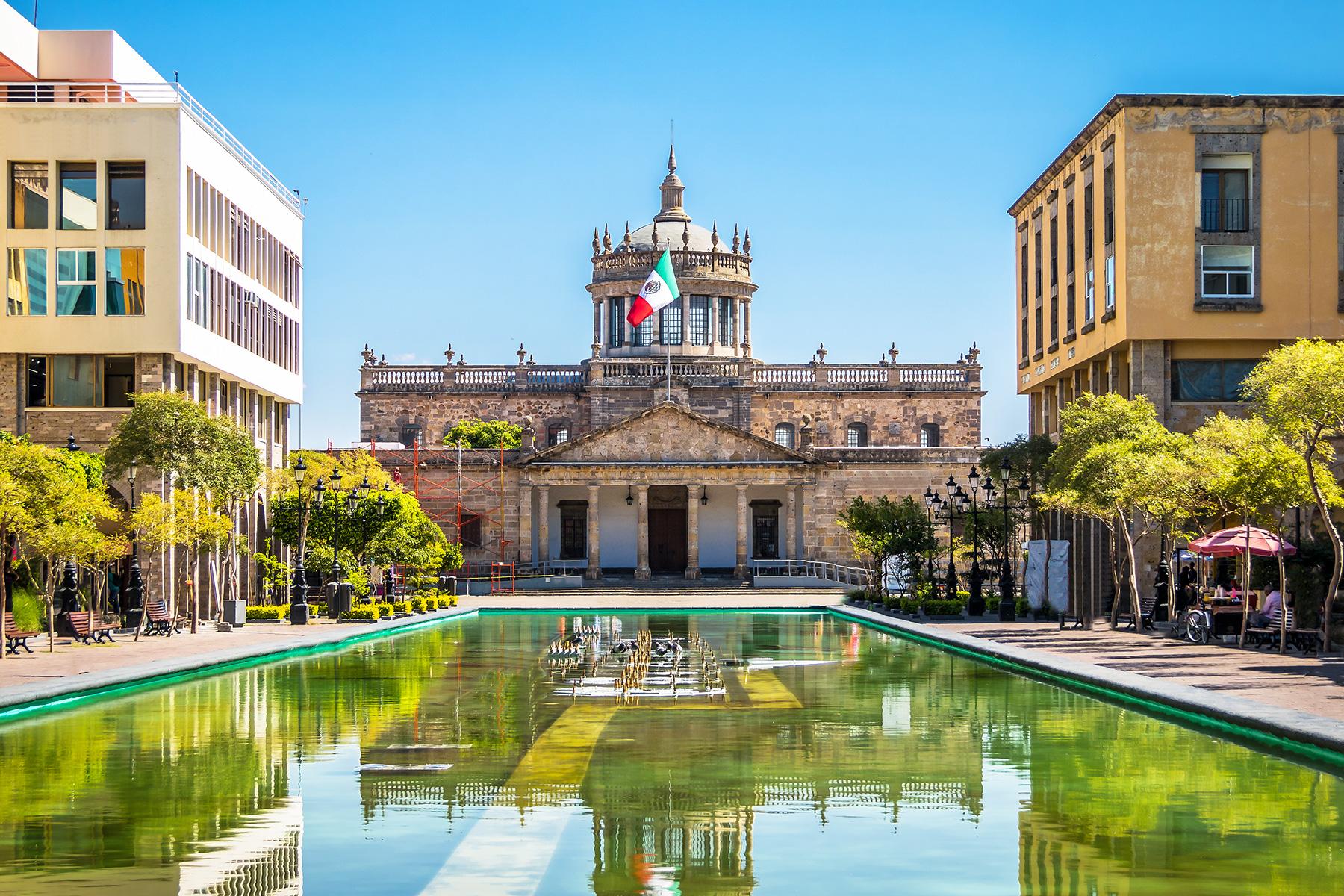 Criminally undervisited, this World-Heritage-listed historical hospital complex is home to stunning murals by renowned Jaliscan artist José Clemente Orozco. It was founded in 1791 and functioned as a hospital until 1980 when the space was transformed into a home for the Cabañas Cultural Institute. The murals in the chapel were painted by Orozco in the early 20th century and combine dramatic motifs from Mexican indigenous culture with the history of Spanish conquest. Also incorporating rotating exhibitions of paintings, drawings, and sculpture, as well as activities for kids and historical displays, Hospicio Cabañas is Guadalajara’s premier artistic destination. 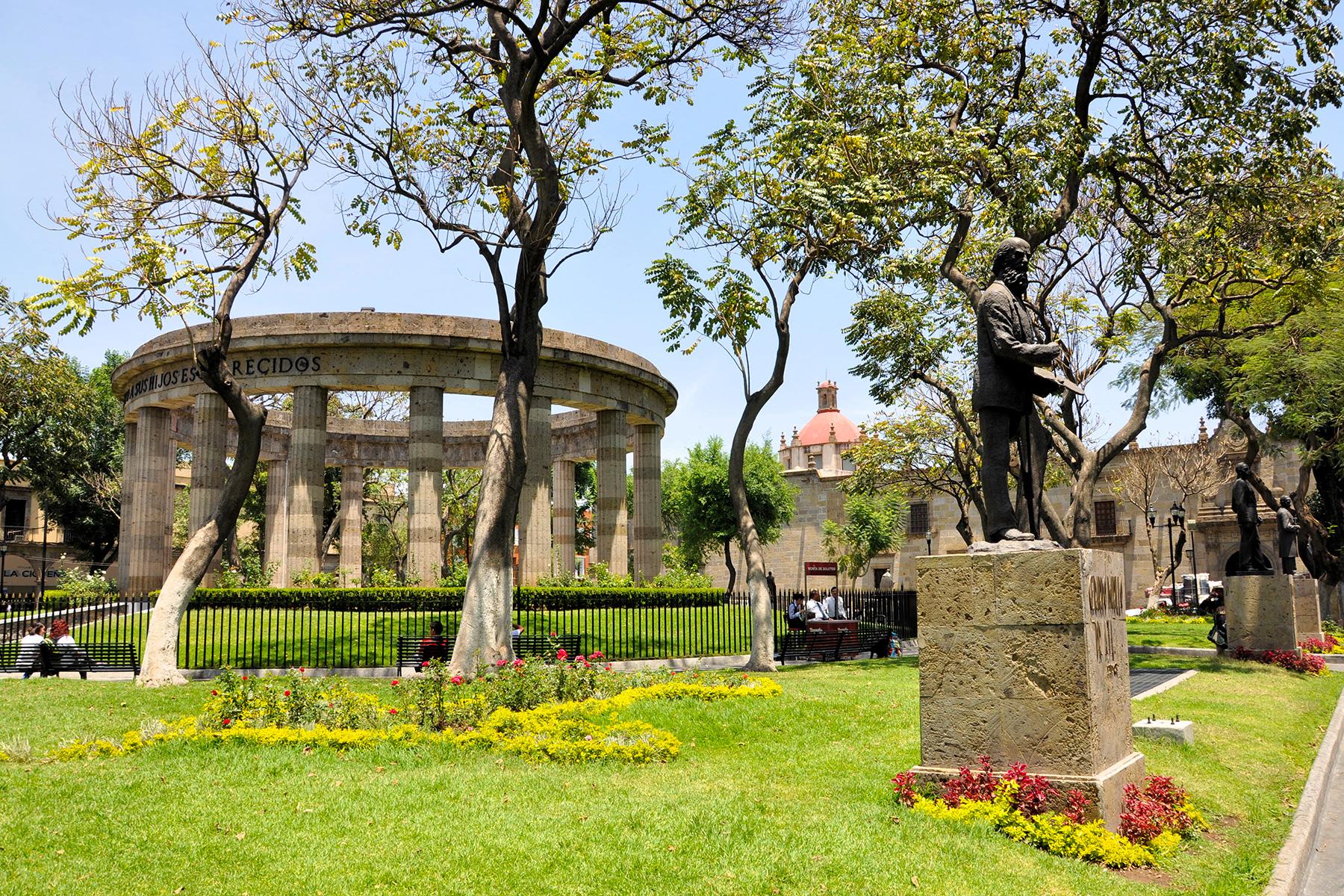 Rotunda of the Illustrious People of Jalisco

The Rotonda de Los Jaliscienses Ilustres is a monument in the historic center that tells the city’s history through its most distinguished sons (and, recently, a couple of daughters). Naturally, a statue of José Clemente Orozco himself is included, along with another artist, Dr. Atl, and influential architect Luis Barragán. Beside politicians and judges stands a statue of educator and human rights advocate Irene Robledo García that was added in 2000. In 2010, she was joined by Rita Pérez Jiménez, a fighter in the Mexican War of Independence. 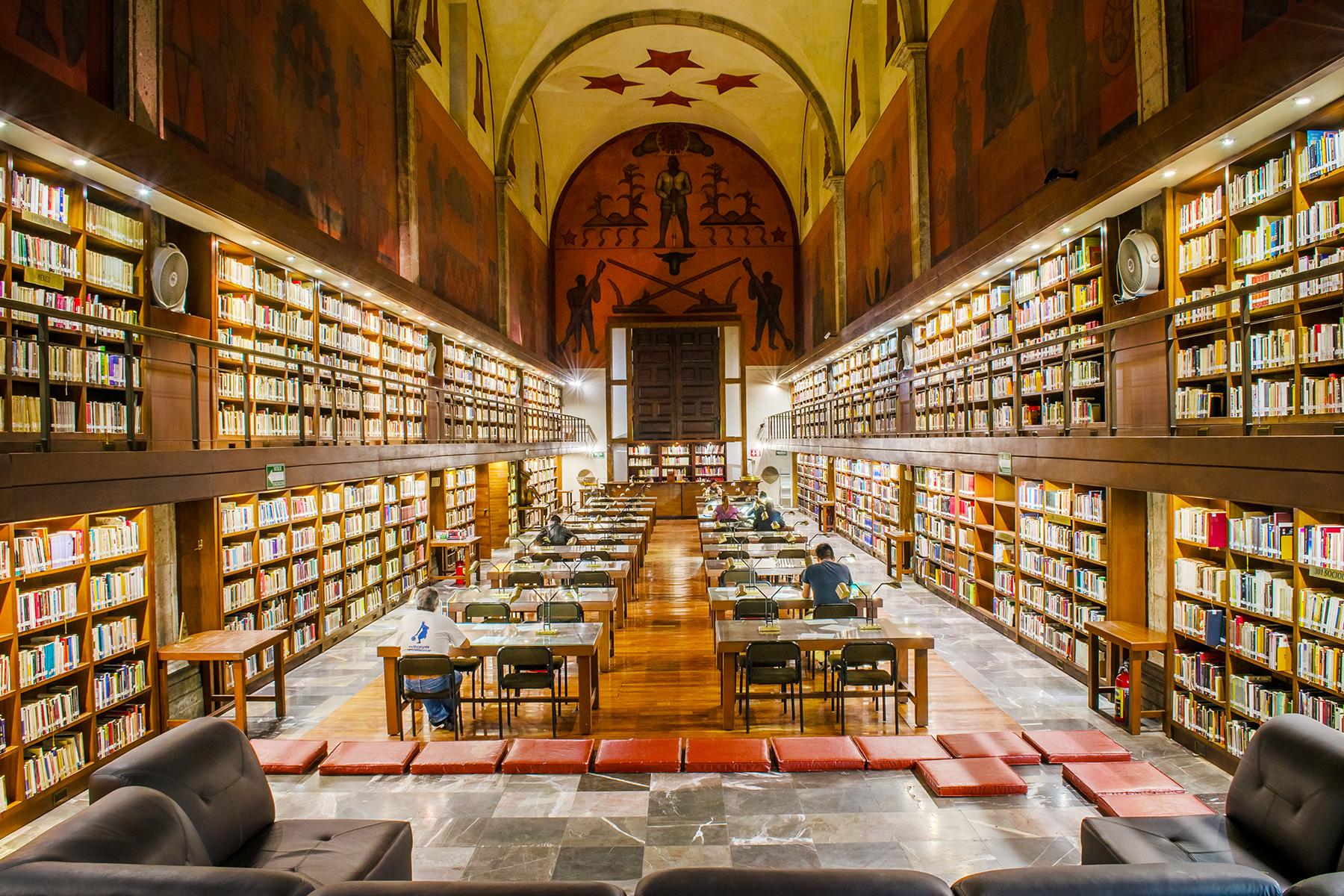 Originally built as a chapel in 1665, the Biblioteca Octavio Paz is now part of the University of Guadalajara. It acquired a striking neo-classical facade in the 1800s, and the interior mural, influenced by the Mexican Revolution, was added in 1925 by David Alfaro Siqueiros and Amado de la Cueva. The library is named after Mexico’s most famous poet and is home to an extensive collection of works by Spanish and Latin American authors, so grab a book and settle into one of the most beautiful landmarks in the city. 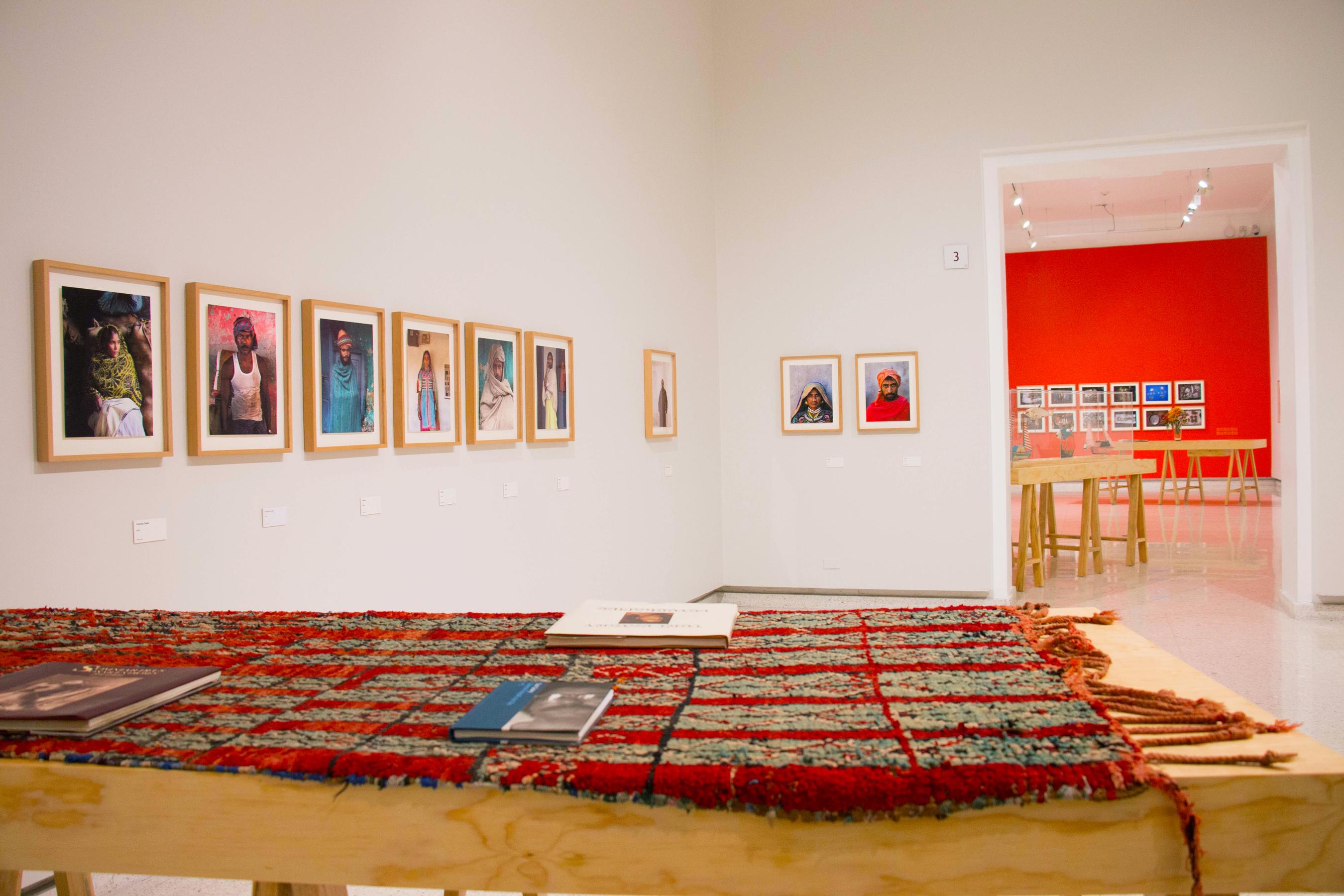 The Museo de las Artes de la Universidad de Guadalajara, better known as MUSA, features one permanent exhibition gallery and 11 temporary spaces that focus on major national and international contemporary art as well as the works of emerging local artists, alongside another two Orozco murals that should not be missed. The building itself, built in 1914 by engineer Alfredo Navarro Branca and taking on its current role in 1994, is well worth the visit. 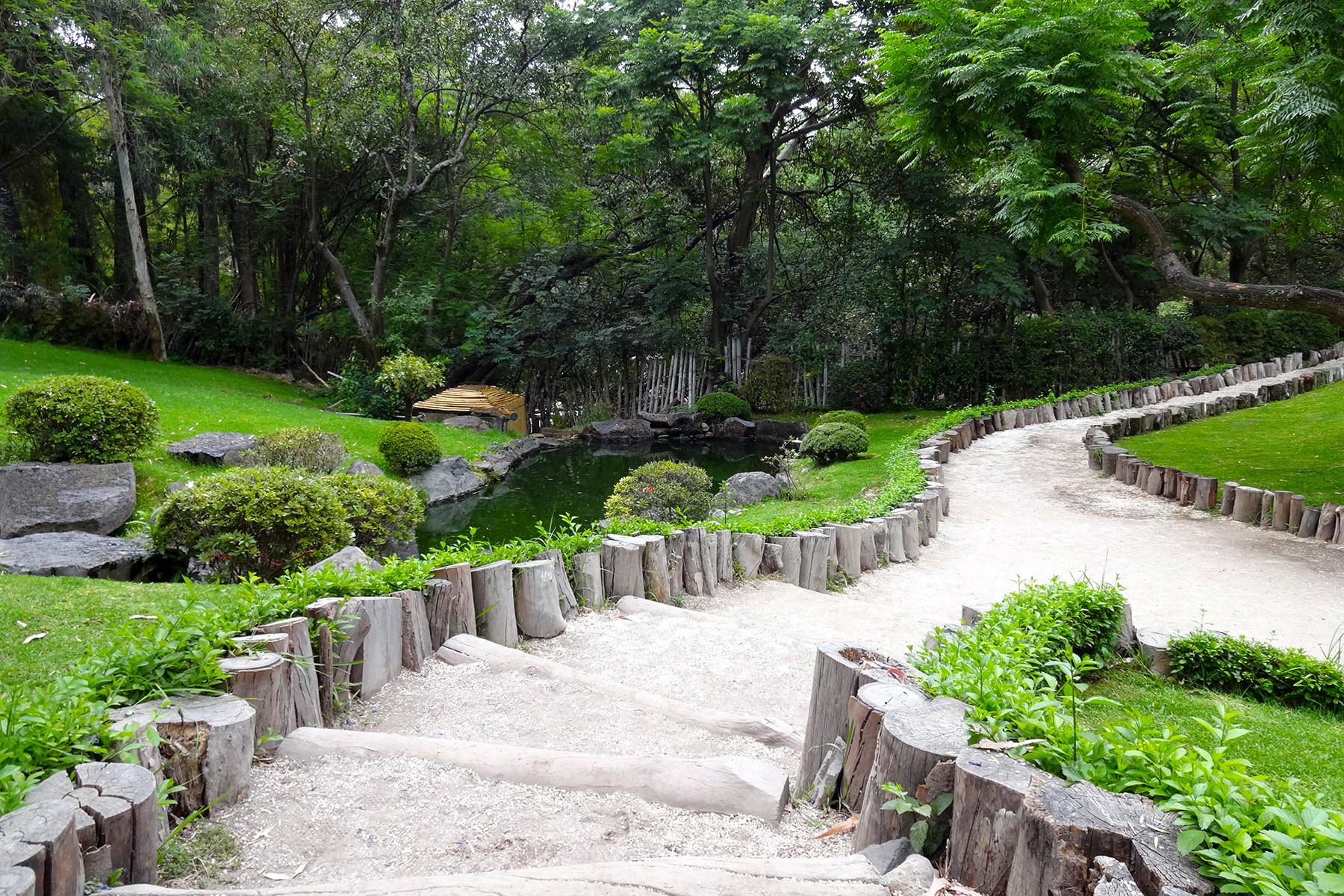 Bosque Colomos is a green oasis in the center of Guadalajara covering over 200 acres, with both a Mexican and a Japanese garden and plenty of trails for walking or jogging. It is one of the main forested areas used to help improve the city’s air quality and was originally established to capture the spring of fresh water found there. There are small food and drink stalls at the entrance to the park if you are in need of refreshments, or bring your own for a picnic and people-watching. 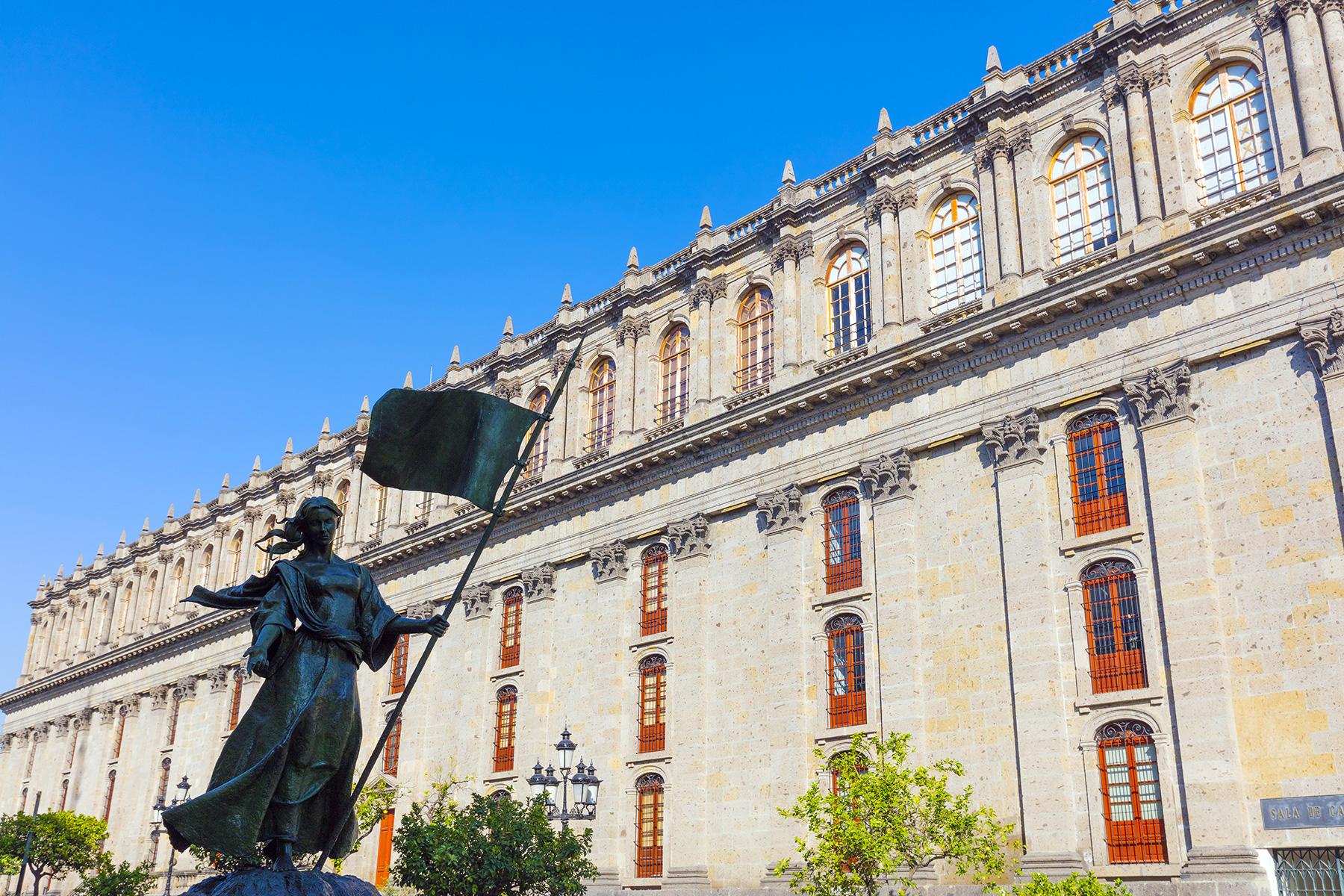 Home to a wooly mammoth skeleton and a great display of Pre-Hispanic ceramics, the Museo Regional de Guadalajara is housed in an imposing 18th-century building. Visitors can view displays on the Prehistoric era in the Americas (including saber-tooth cats and other megafauna) and the early inhabitants of the area right through to the modern history of Jalisco and paintings from the 17th-20th centuries. 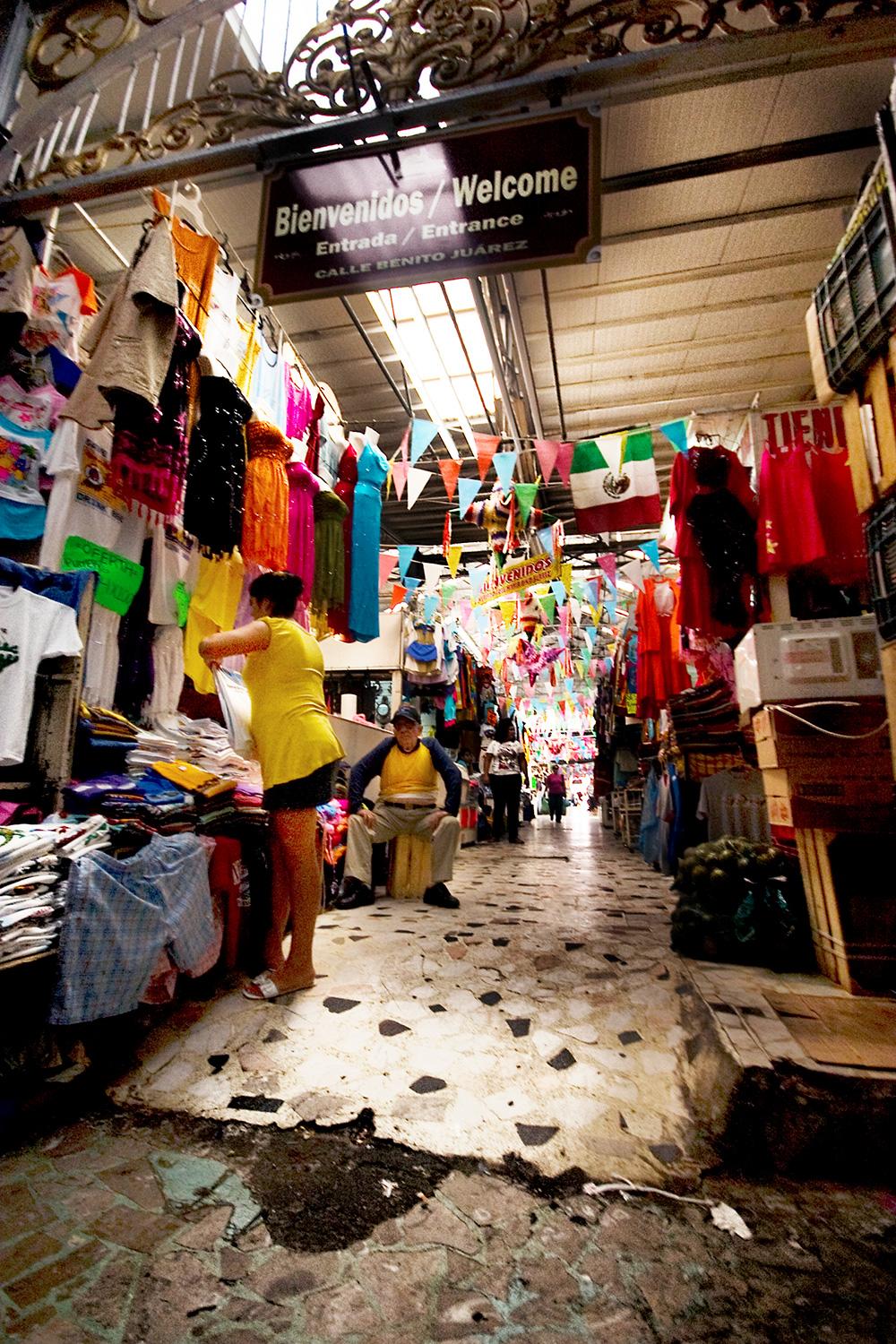 While Tlaquepaque and Zapopan are technically separate cities from Guadalajara, they have been thoroughly absorbed into the urban zone (to the south and northwest of the city, respectively) and can each be reached just a 20-minute drive from the city center. Benito Juarez market in Tlaquepaque takes up a full city block and is the place to go for traditional eats in the area, as well as fresh produce and some handicrafts. Try birria, a spicy meat stew, or menudo, a tripe soup generally eaten for breakfast, for an authentic Jaliscan experience. 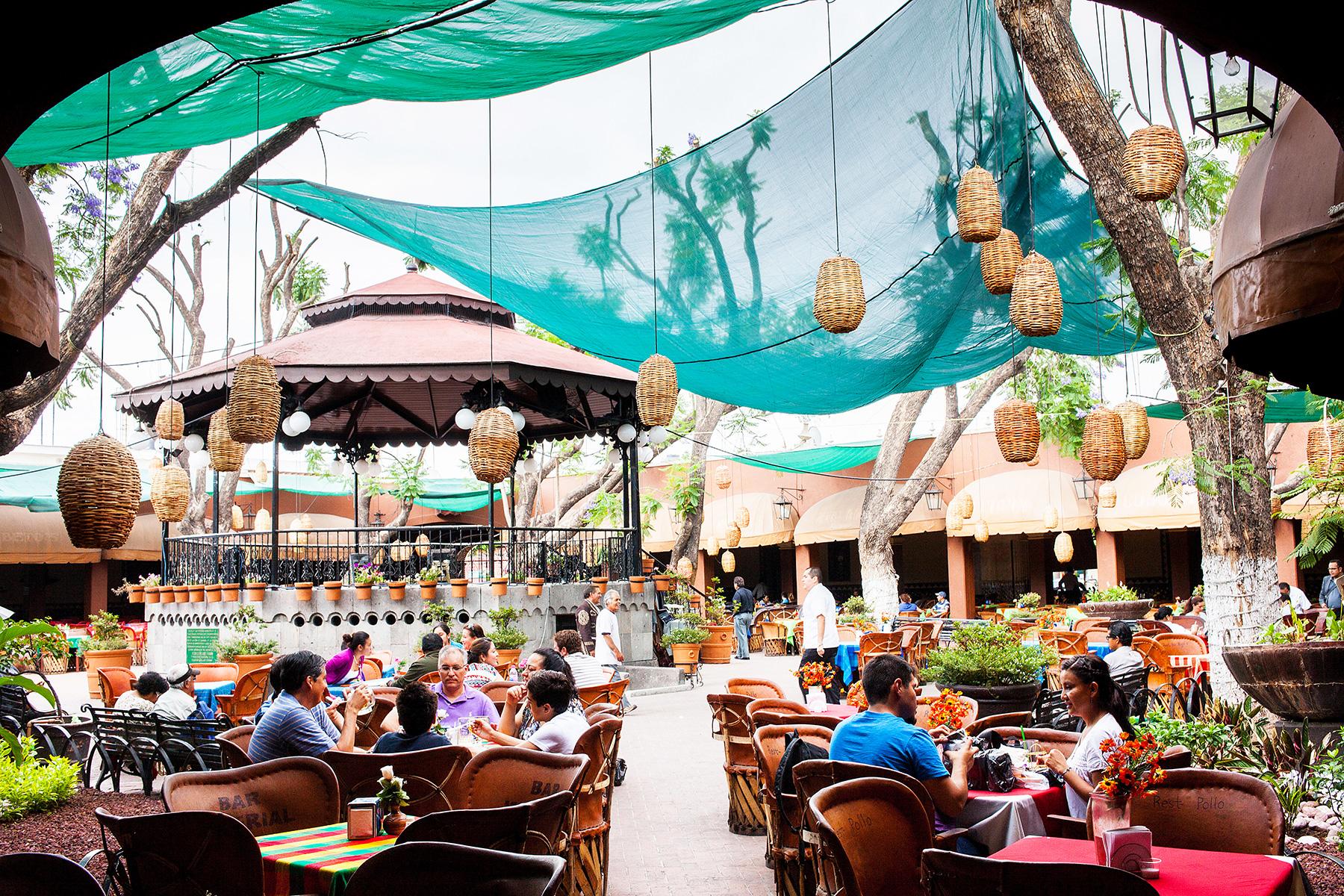 Jalisco is the undisputed home of mariachi music, and you can see the best at El Parian in the heart of Tlaquepaque. A popular plaza surrounded by restaurants and bars, El Parian is a meeting place for locals and tourists alike, with the best live music performances taking place on weekend afternoon and evenings. Soak up the atmosphere, but make sure to show the musicians your appreciation by tipping well. 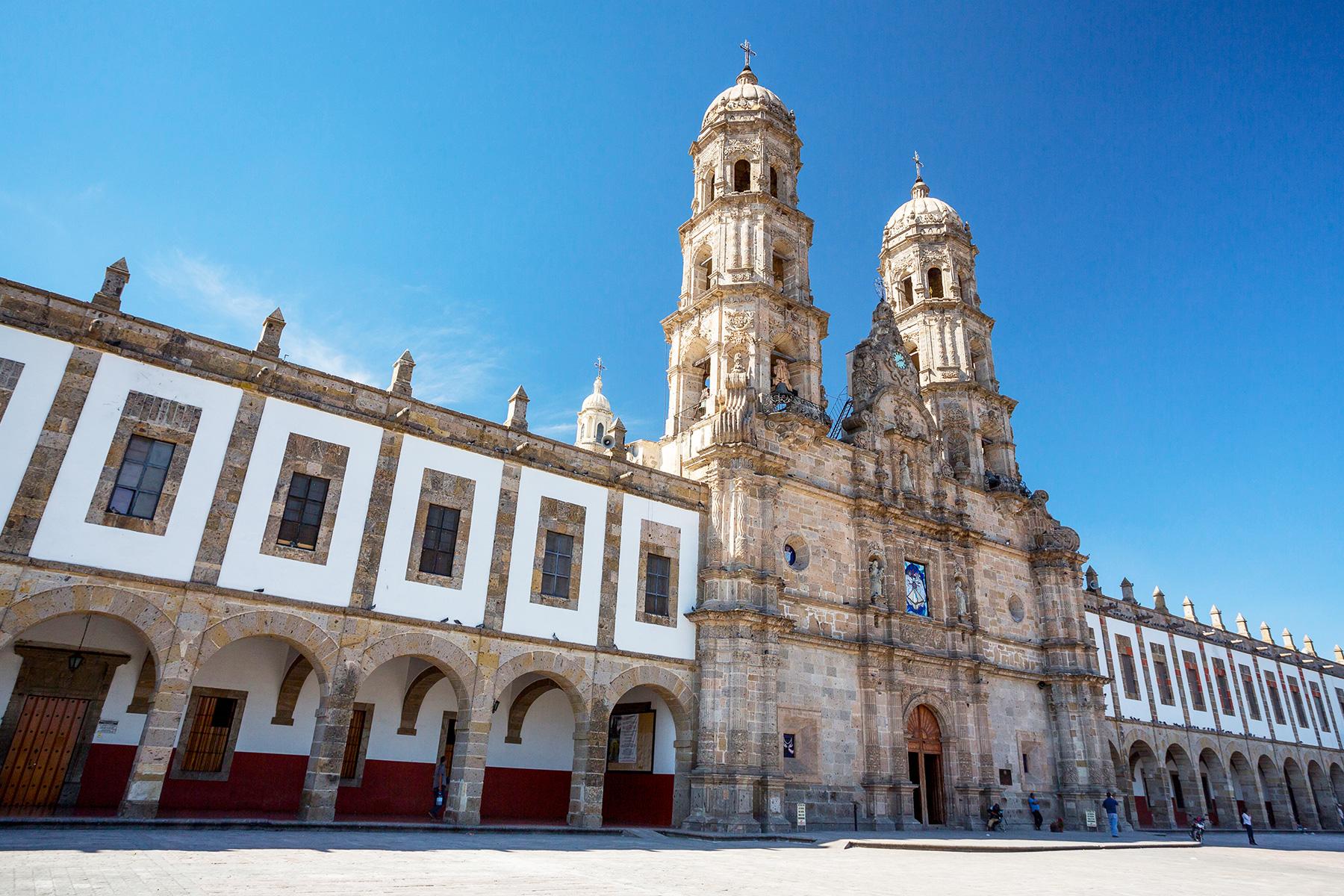 Basilica of Our Lady of Zapopan

This 17th-century Franciscan sanctuary preserves a wooden Virgin that is believed to have traveled from Spain to New Galicia in the 16th century. Known as Nuestra Señora de Zapopan, the Virgin is the patroness against storms and lighting and of the state of Jalisco. On October 12 every year, the Romería pilgrimage sets out from the Guadalajara Cathedral to the Basilica in one of the most important Catholic pilgrimages in Mexico that attracts over one million people. 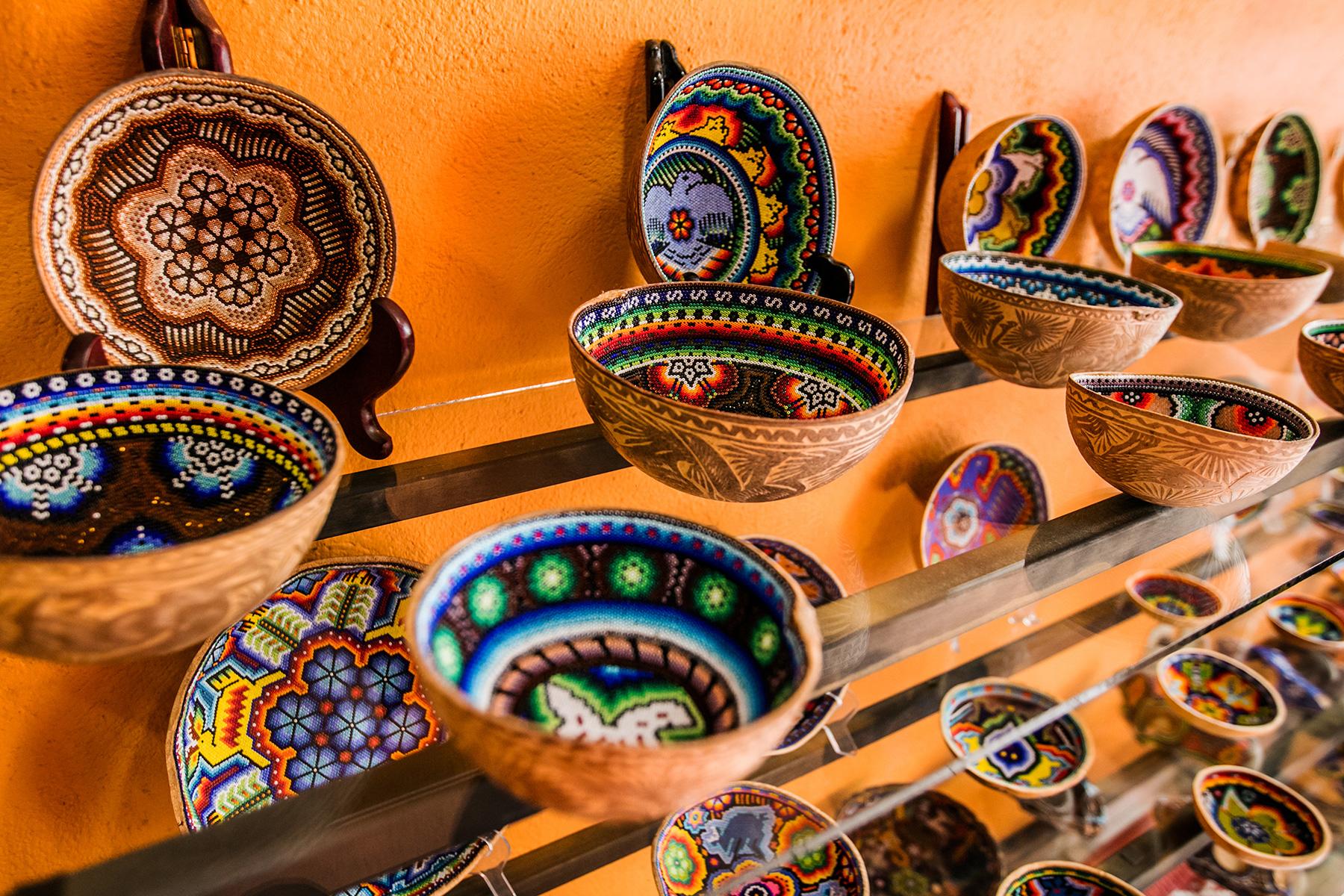 This much-maligned museum is less an educational experience and more a chance to see some of the best craftsmanship in Jalisco. Huichol (or Wixáritari) is the name of a group of indigenous people who live in parts of the states of Nayarit, Jalisco, Zacatecas, and Durango. They’re most well-known by tourists for their distinctive crafts, including yarn painting and more recently, jewelry and ornaments created using glass, plastic, or metal beads threaded together or pressed onto wood covered in beeswax. Check out the pieces on display here, then head to the market stalls to shop for similar designs.