What happens when an entire tourism board disappears?

Not every place can be all things to all people, but Mexico gets pretty darn close. Foodies can dine at some of the best restaurants in the world. Adventurers can dive into cenotes or explore the architectural achievements of pre-Columbian civilizations. And anyone simply looking to relax can luxuriate on beautiful, Caribbean side beaches. It’s no wonder that by 2017, Mexico had ranked as the sixth most visited country in the world with nothing but growth on the trajectory for its tourism industry.

It’s difficult to imagine anything threatening the country’s status as a wildly popular travel destination, but a string of hiccups seem to have put the brakes on what had previously looked like exponential growth.

What looks to be a slowdown (though not an overall decline—while tourism is still currently still growing, it has declined only in rate) has been attributed to a number of factors. According to the Los Angeles Times, Mexican officials are citing things like the U.S. State Department Travel Advisory issuing a travel advisory for kidnapping in several states. Even broader concerns (like the issues surrounding the Boeing 737 Max) have had a negative impact on the numbers of incoming international tourists. It also probably didn’t help that the shores of popular beach destinations in Yucatán were plagued with rotten-smelling sargassum seaweed and “scientists aren’t sure why.”

It also probably didn’t help that the shores of popular beach destinations in Yucatán were plagued with rotten-smelling sargassum seaweed.

Not to mention the tourism board, any destination’s biggest generator of positive PR, is effectively nonexistent. It was announced earlier this year that Mexico would be shuttering the international offices of its tourism board in order to direct its $295 million in funding toward building a rail line connecting tourist spots on the Yucatán Peninsula.

The decision is no small thing, considering it could deal a devastating blow to one of the country’s most significant industries. In fact, Latin American Business Stories credits the strength of its tourism industry with balancing out the rest of the country’s entire economy “despite an economic sink” in 2017. Improvements to infrastructure are important and have been credited with previous increases to Mexico’s tourism numbers. But promotion was also vital to the strategy that led to the country jumping from 15th to sixth most visited destination in the world. It could ironically end up being the case that without the promotion the tourism board provided, there may be fewer tourists to use said train.

So consider this a friendly reminder to go to Mexico. Why not? There’s basically never a bad time to go. It’s a relatively easy flight from most parts of the U.S. We put two different cities on our Go List this year. What’s not to like? 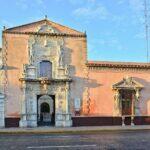 Whether or not this drastic change will result in an outright downturn remains to be seen. However, for a destination that was previously looking at unfettered growth, you might have a better chance at having your Mexican destination of choice being a little less crowded than it might have been otherwise.