Add some spice to Christmas dinner.

In Mexico, Christmas can be a near month-long affair of food, drink, and festivities. It all gets officially started on December 16th, thanks to Posada season when Mary and Joseph searched for room at the inn, and doesn’t technically finish until January 6, a.k.a. King’s Day. It’s no wonder there are so many traditional, filling, and freezer-friendly drinks and dishes floating around. 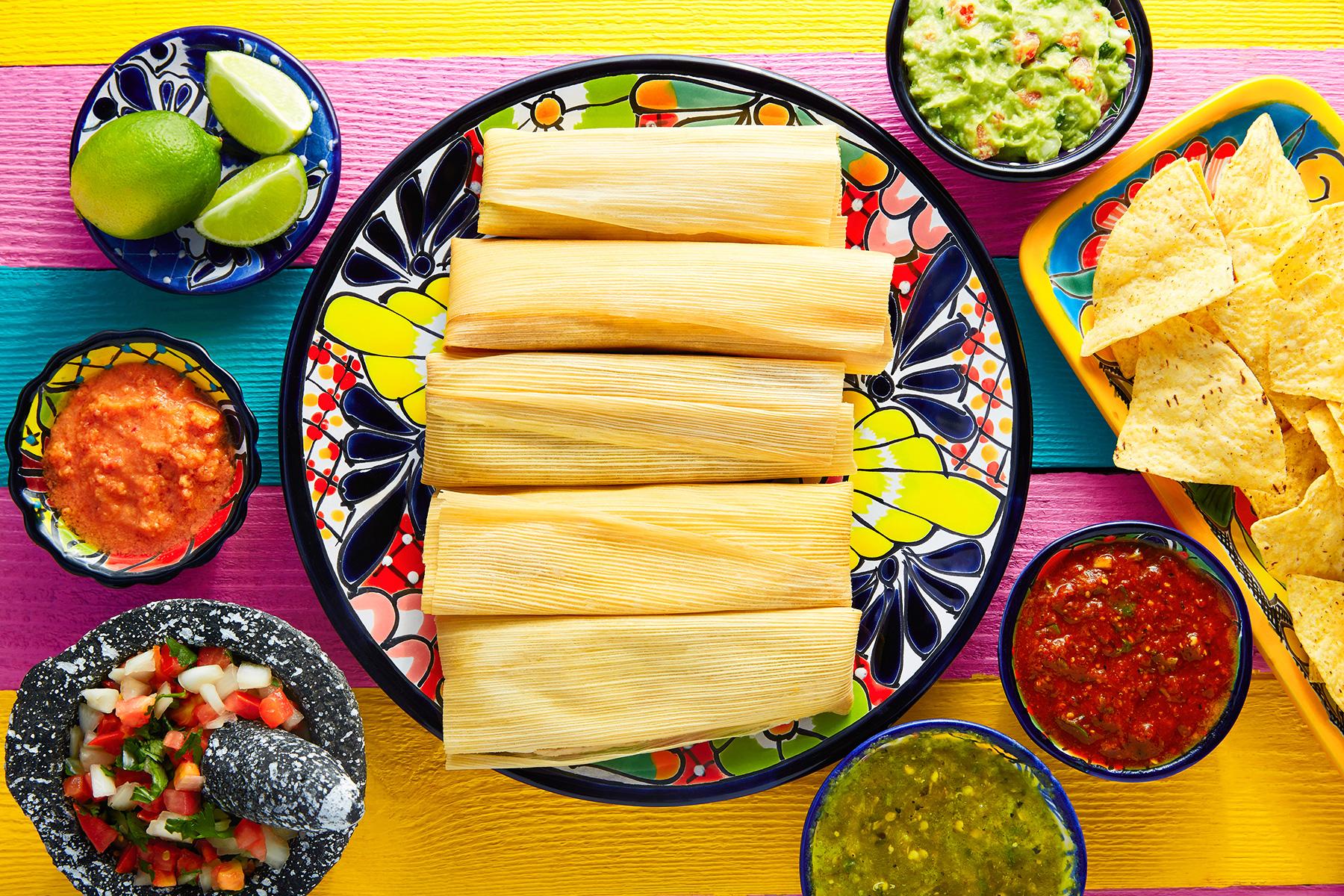 Endless internet memes have lambasted the Mexican tendency to, shall we say, over-prepare when it comes to tamales. In fact, legend has it you might still be digging out last year’s tamales from the freezer as December rolls around once again. Hyperbole aside, it’s no exaggeration to say that these steamed corn parcels, wrapped in either corn husk or banana leaves and filled with meat, sauce, cheese, chili or some combination of the above, are the most popular Christmastime dish in Mexico. 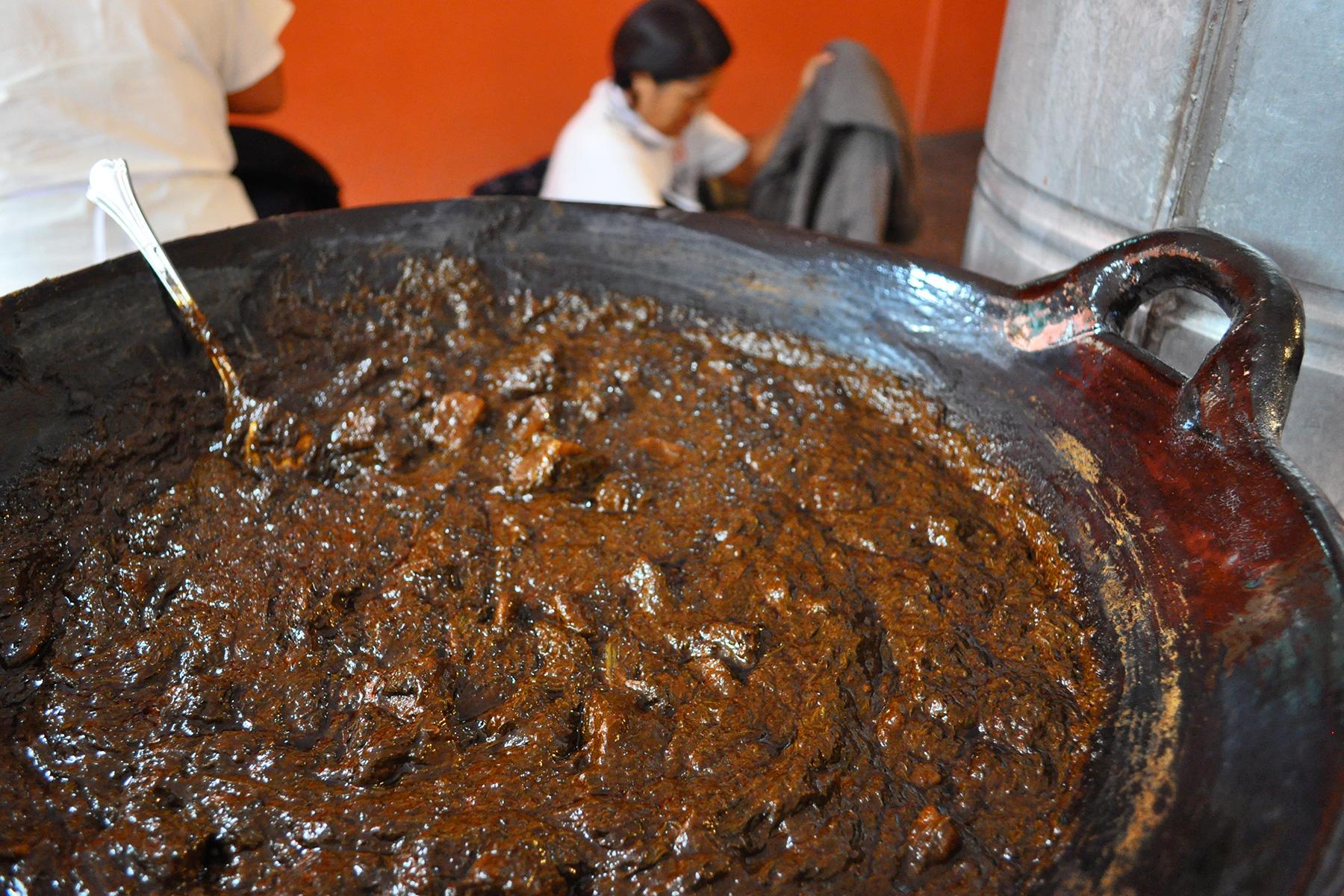 Originating in Southern Mexico, romeritos are, in a way, the Marmite of the Mexican holiday foods. Some people love this dish made of seepweed sprigs, which often comes doused in mole sauce and accompanied by prawns and potatoes, while others can’t stand it. Regardless, the tradition of dishing up romeritos endures, although you’ll be very hard-pressed to source them outside of the Christmas (and Lenten) periods. 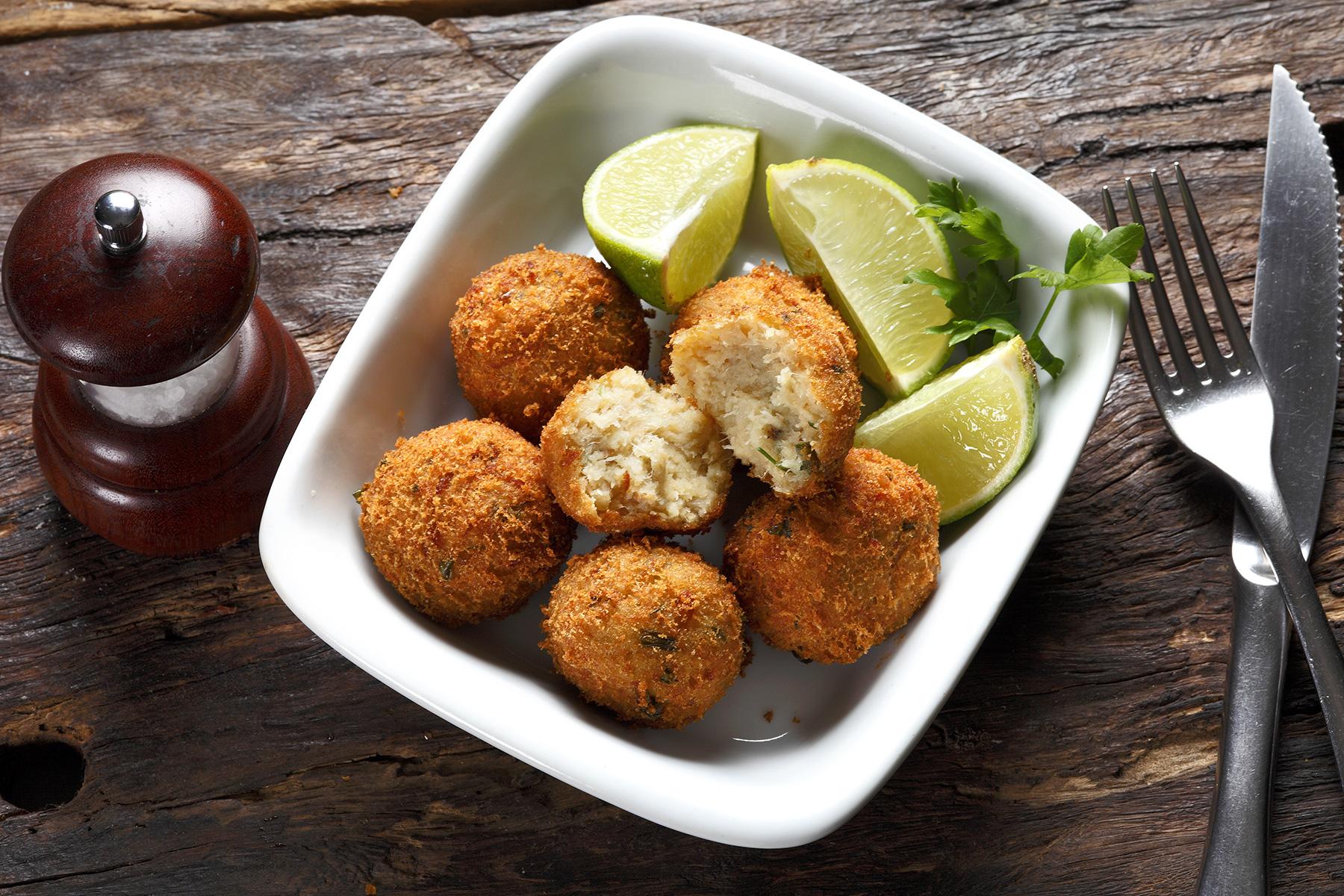 Bacalao (salted codfish) is a staple of the Mexican Christmas period. Go to any Mexican market or store in the run-up to Christmas Eve and you’ll see huge slabs of the stuff everywhere. While bacalao can be served up a la Vizcaína, a richly flavored, tomato sauce-doused dish, the most convenient (and portable) way to sample this seasonal treat is as a torta de bacalao, encased in a soft bread roll.

INSIDER TIPYou can try bacalao sandwiches all-year round in the Mexican capital. Just head to La Rambla in Mexico City’s historic center for a taste of Christmas. 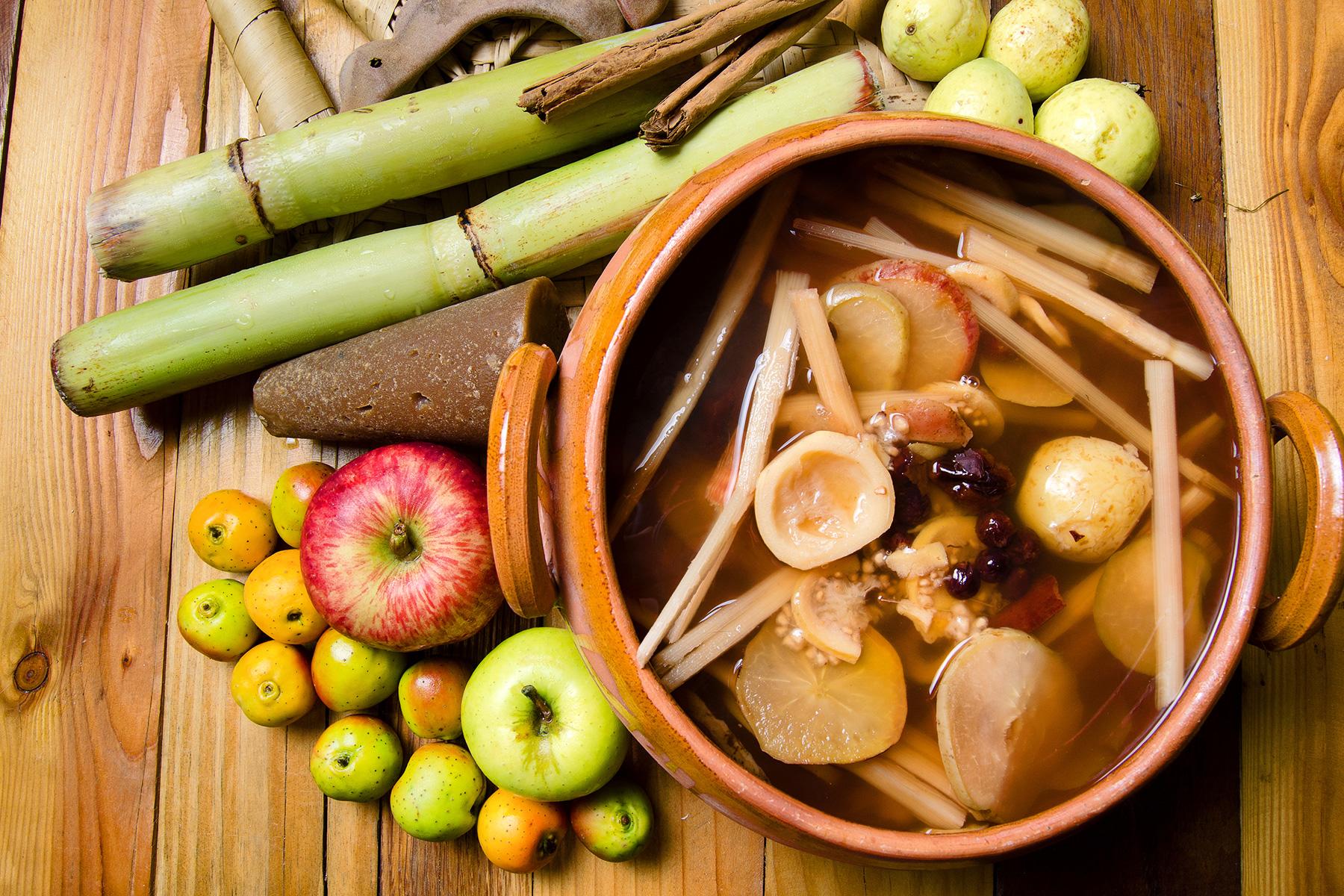 Mexican Christmas wouldn’t be complete without a warm polystyrene cup of ponche or two. A riff on a classic punch (albeit served warm not cold) ponche typically brings together a selection of fruits including (but not limited to) apples, tamarinds, oranges, and guavas, as well as the native-to-Mexico tejocotes. These ingredients are added to the base of water, piloncillo (unrefined cane sugar), and cinnamon sticks before being served up with a stick of sugar cane and, sometimes, a splash of cane alcohol too. 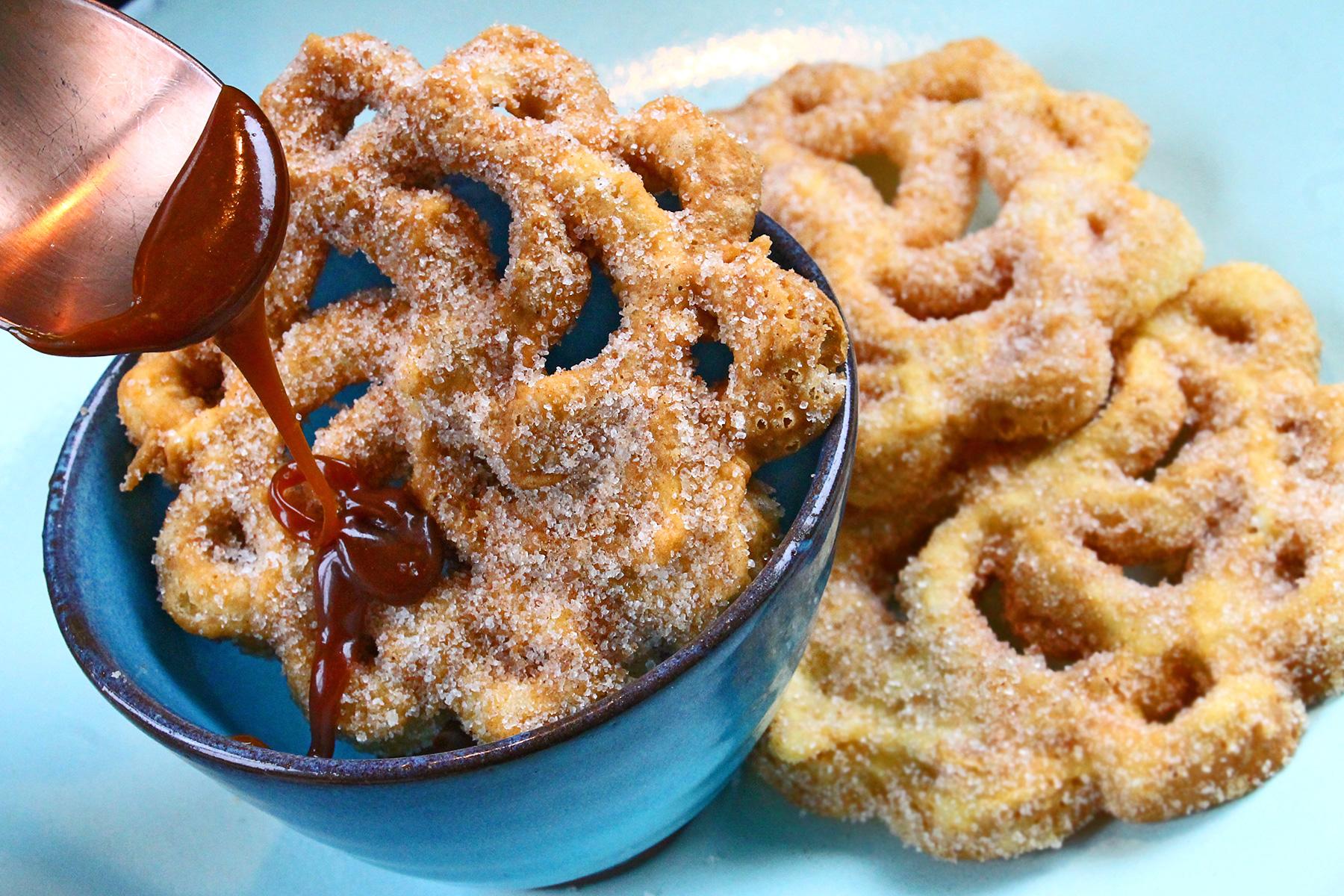 A penchant for cinnamon-infused Christmas specialties doesn’t begin and end with ponche. In fact, it also expands into the Mexican dessert arena, thanks to the now-available-all-year-round buñuelos, which see a spike in popularity throughout December. While in some countries and cultures, buñuelos are fried—and sometimes cheesy—dough balls, in Mexico, they’re like a sweet, crispy and sugar-coated tortilla, often served up with a sticky piloncillo (unrefined cane sugar) syrup. 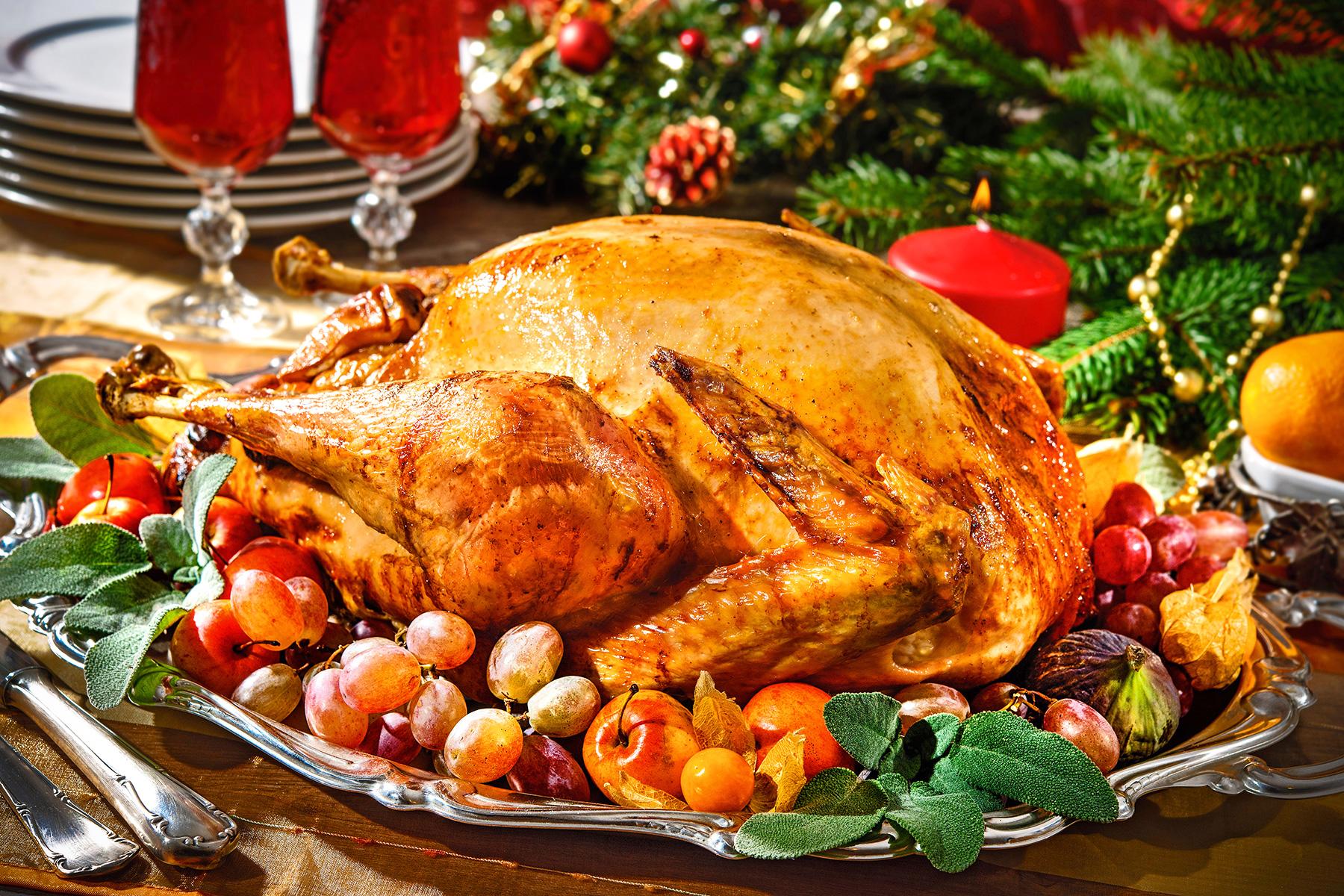 Did you know turkeys are actually native to Mexico? There’s even a specific Náhuatl name for them, guajolota, which has been adopted by Spanish-speaking Mexicans. And although their northern neighbors prefer turkeys for Thanksgiving, Mexico shares the (not uniquely) British traditions of eating roasted turkey in December. However, in Mexico, the turkey is often served with a rich mole sauce, rather than a dollop of cranberry sauce.

Fun Fact: While many countries and cultures sit down for Christmas dinner sometime in the afternoon of December 25, Mexicans tend to celebrate on Christmas Eve, enjoying their dinner towards midnight before opening presents almost immediately afterward. 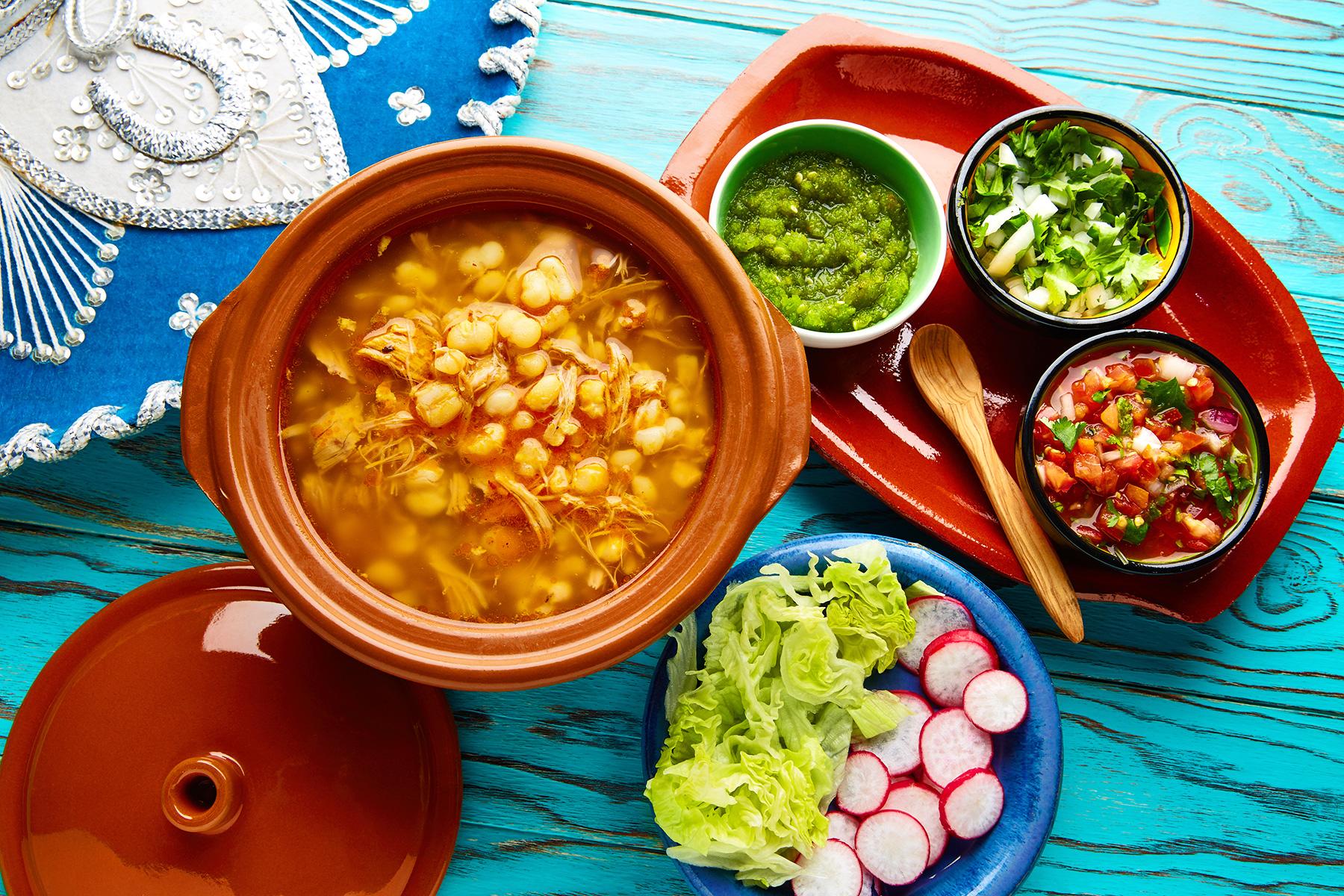 Pozole is a Mexican soup mostly associated with the Mexican Independence Day celebrations, although it’s also enjoyed year-round. Having said that, it’s not uncommon to enjoy a bowl (or two, or three) on Christmas Eve or even Christmas Day. As far as ingredients go, it’s usually made with pork in a lightly-spicy, tomatoey broth (if we’re talking red pozole, that is). To that, you can then add fresh onion, lettuce, radish, coriander, and lime before serving up with tostadas and cream. 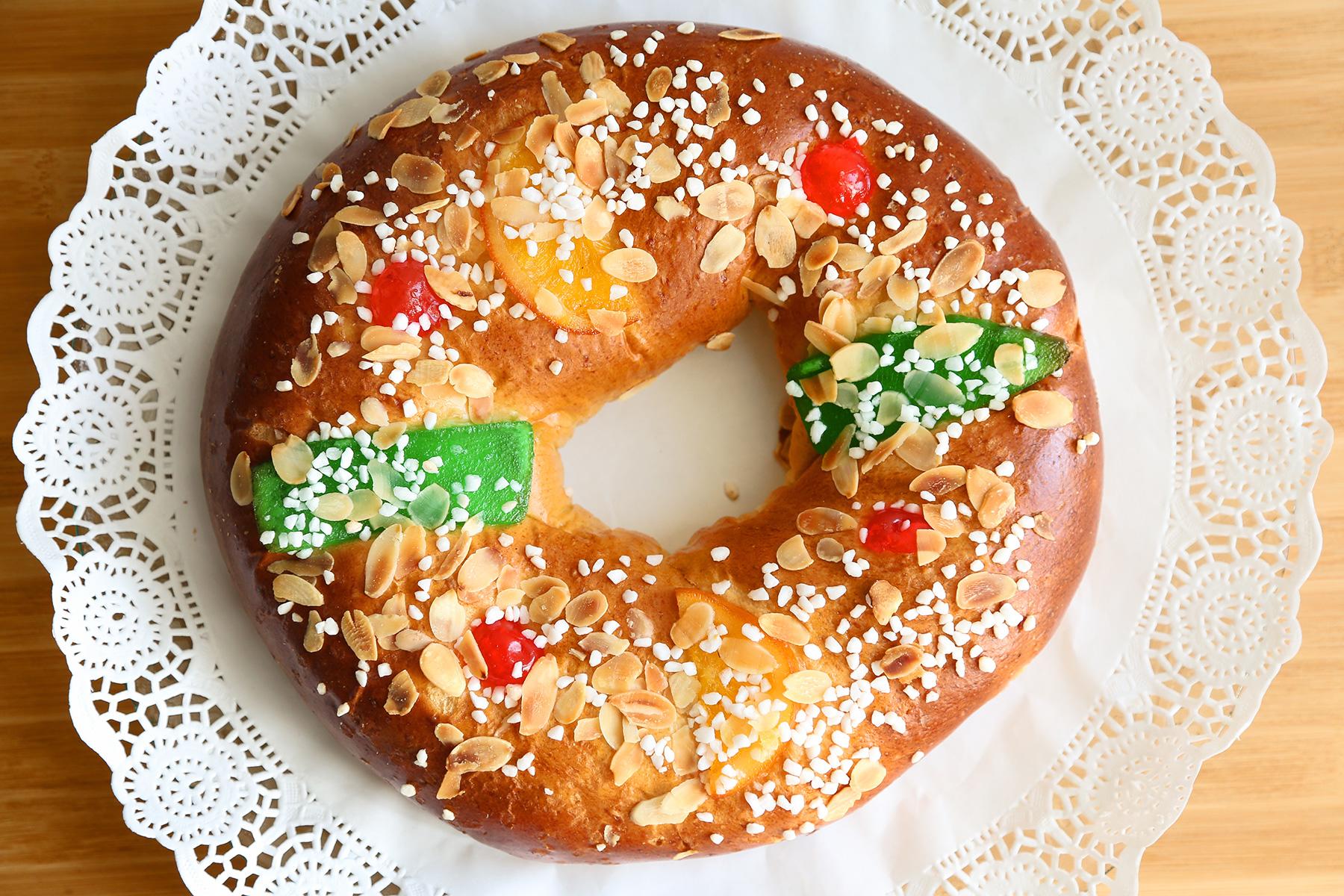 Come King’s Day on January 6, you’ll see people across Mexico flitting around carrying enormous cardboard boxes. Inside those boxes, you’ll find rosca de reyes, giant ovoid sweetbreads decorated in appropriately festive—and patriotic—red and green jelly sweets. The aim of the game with rosca de reyes goes deeper than just enjoying a pastry with a mug of coffee though. No, you must avoid plucking out one of the plastic Jesus figurines hidden within. If you do…well, you have to buy everyone tamales on Candlemas (February 2)! 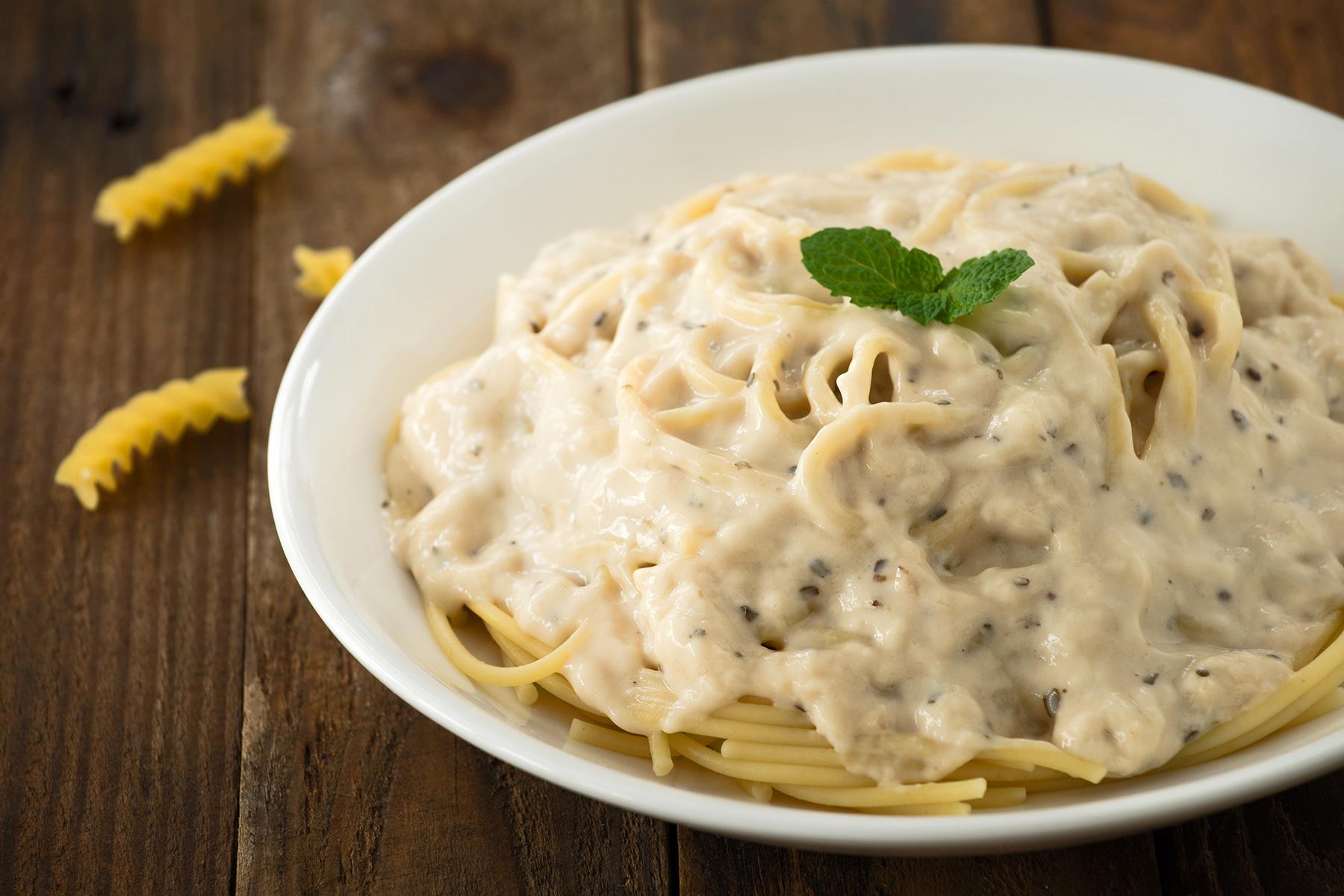 You might think that spaghetti a la crema, a creamy and quick-to-whip-up dish not unlike Alfredo pasta, is best served as the star of its own show, a dish in its own right. Well, Mexico is having none of that. There, and especially during the Christmas period, spaghetti is relegated to a side dish, often served alongside the aforementioned turkey and romeritos. 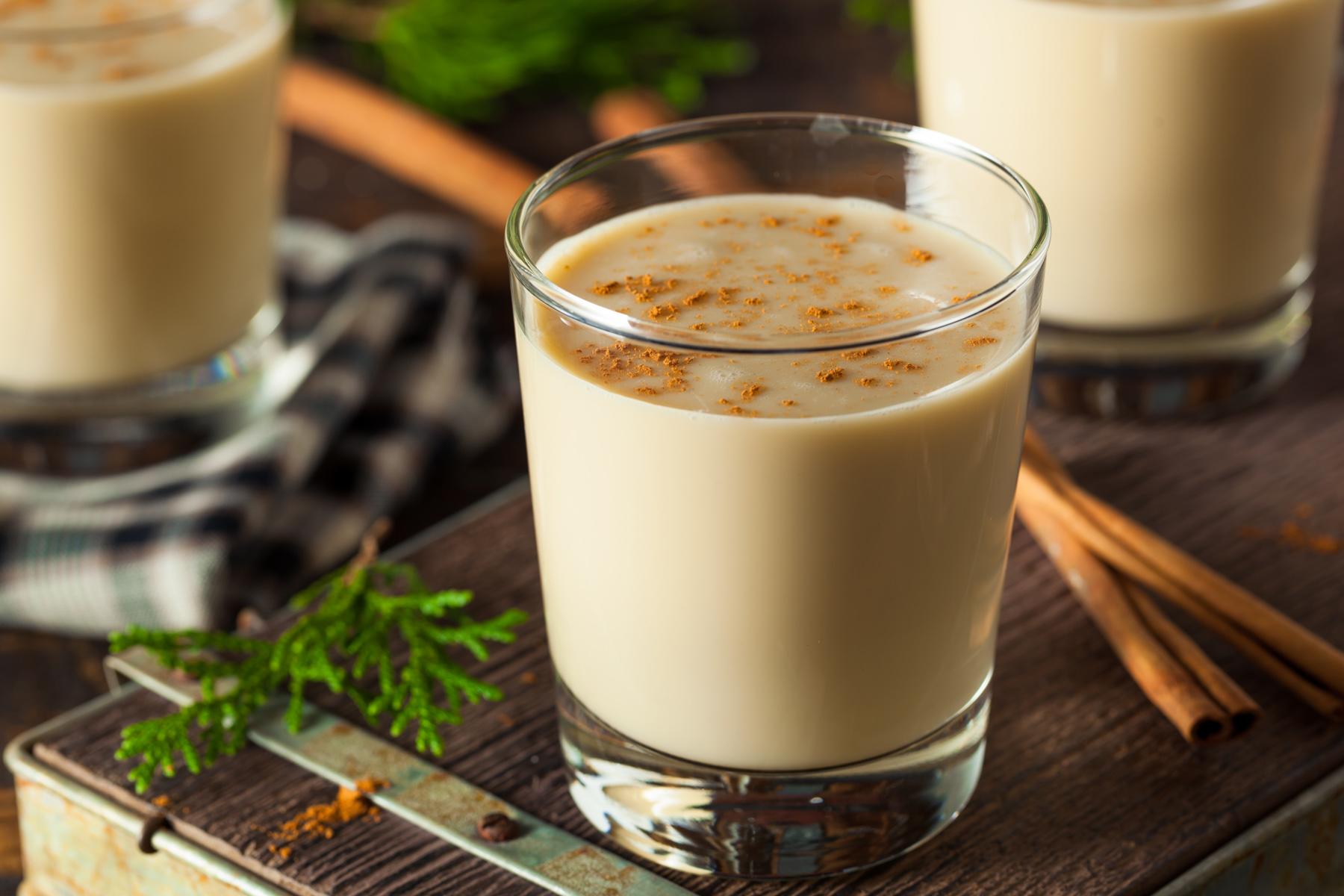 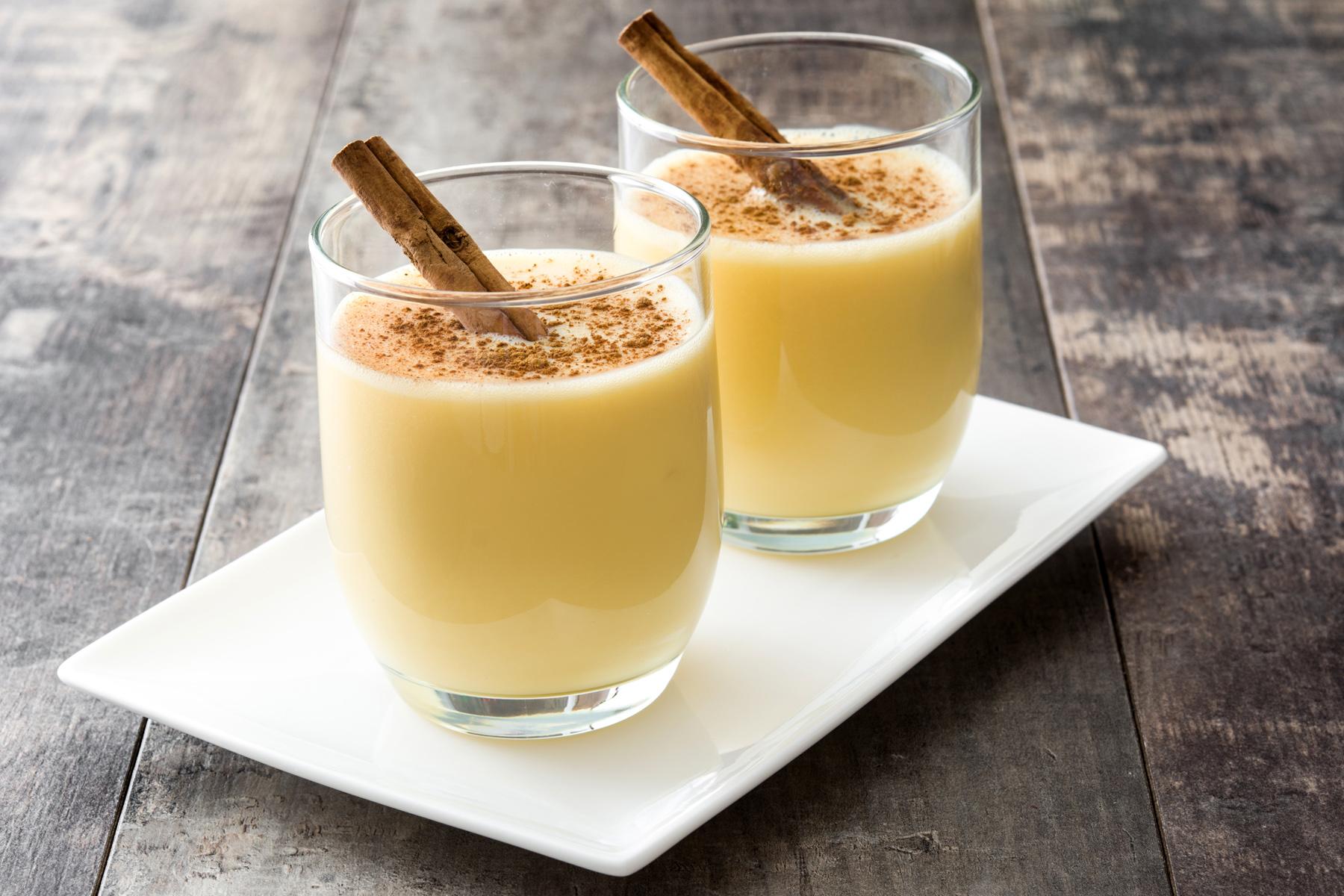 PHOTO: etorres/Shutterstock
Previous Next
10 OF 11

Where the US has eggnog, Mexico (along with many other Latin American countries) has rompope, although positioning the two as opposite-side-of-the-border twins does a disservice to both. Although both are enjoyed seasonally, eggnog is made from eggs, milk, cream, and sugar, whereas rompope, which allegedly originated in the Pueblan convents, eschews cream and sugar. It’s instead laced with flavors such as pecans, pine nuts, and strawberries. 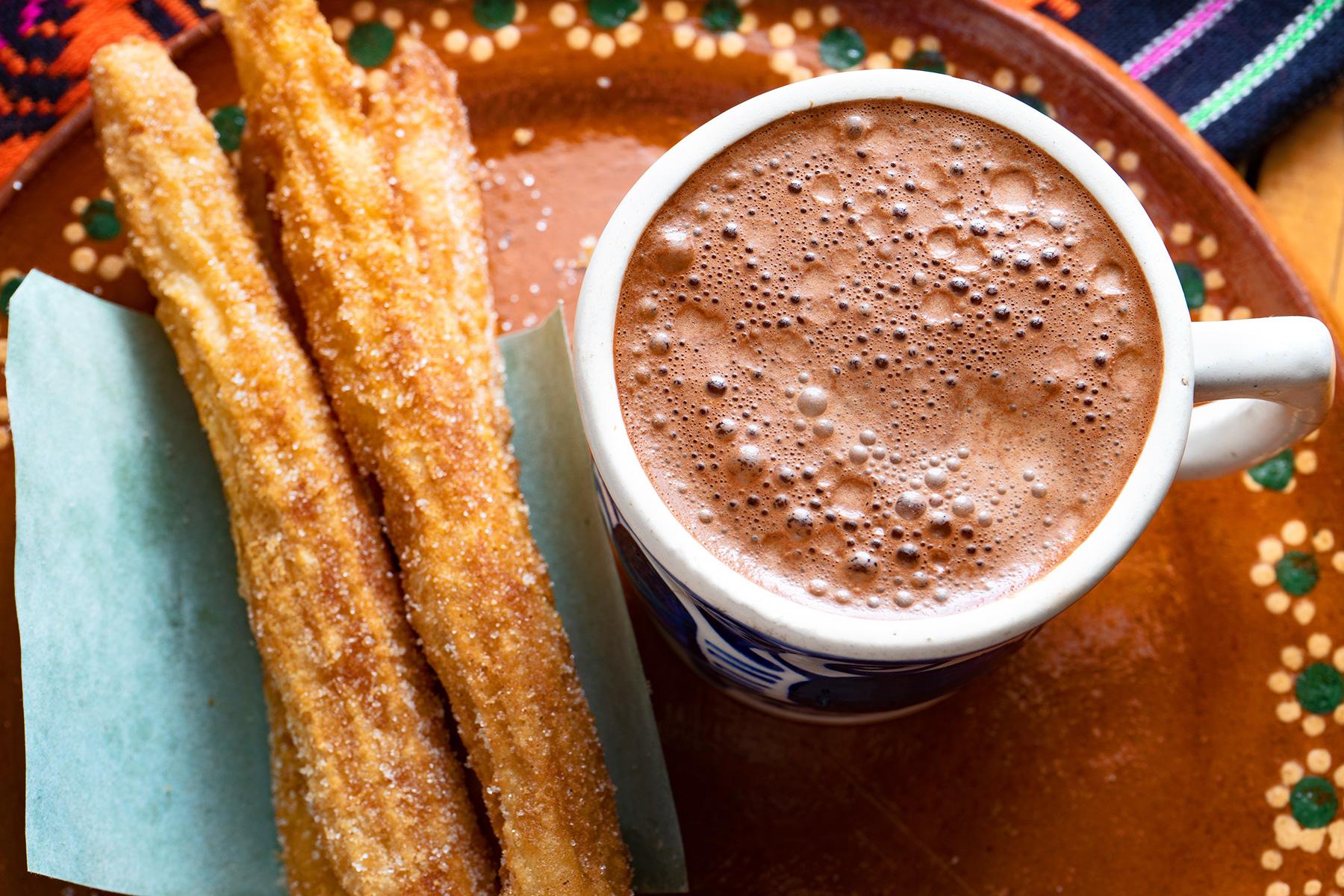 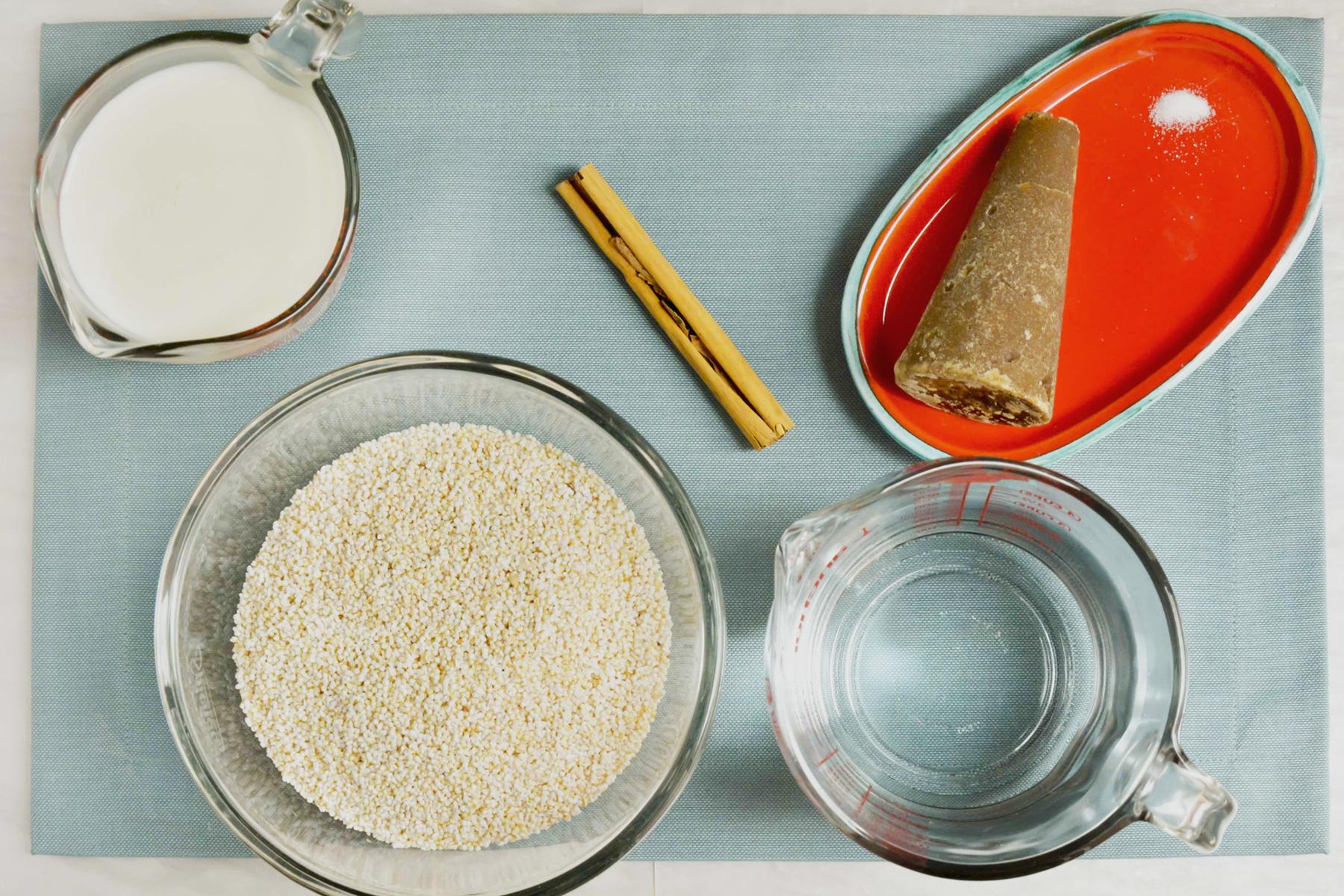 PHOTO: Lemonpink / Dreamstime
Previous Next
11 OF 11

These warm drinks, also enjoyed all year round, really come into their own at Christmastime in Mexico, especially in Posada (party) season. Served as comforting, creamy and corn-based accompaniments to the equally comforting and corn-based batches of tamales that are inescapable at that time of year, atole and champurrado are ideal for the cooler winter weather.