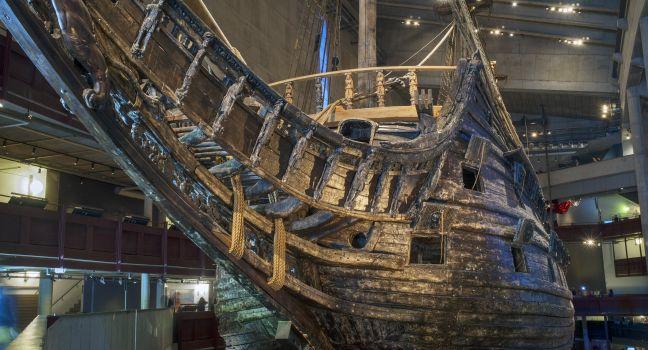 The warship Vasa sank 20 minutes into its maiden voyage in 1628, consigned to a watery grave until it was raised from the seabed in 1961. Its hull was preserved by the Baltic mud, free of the shipworms (really clams) that can eat through timbers. Now largely restored to her former glory (however short-lived it may have been), the man-of-war resides in a handsome museum. The sheer size of this cannon-laden hulk inspires awe and fear in equal measure. The political history of the world might have been different had she made it out of harbor. Daily tours are available year-round.

Book an Experience at Stockholm VIEW ALL