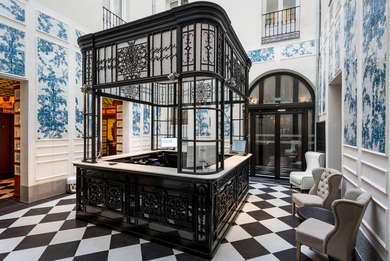 The Ibizan owners of this hotel bring that island's mix of glamor, energy, and cutting-edge music and design to one of Madrid’s most happening neighborhoods. The Mediterranean blue palette, interspersed with dashes of colonial style, shows up all over the hotel—a renovated mansion from the 19th century—from the headboards in the carpeted rooms to the large collection of ceramic plates in the dining room to the wallpaper in the lounge areas. Its five room categories boast lots of natural light and plenty of state-of-the-art amenities including smart TVs and in-room audio. In line with the quarter’s offbeat spirit, the hotel does away with the breakfast buffet in favor of à la carte choices that include lactose- and gluten-free dishes.

Chic but not stuffy, minimal but not sterile, rooms at the Only You exude fashion-forward elegance with abstract wall art, beamed ceilings, and studded leather headboards. If your budget permits a premium room, go for it; unlike the deluxe rooms, they face the street, have balconies, and are awash with natural light. All suites feature fireplaces, an uncommon cold-weather perk.

YOU SHOULD KNOW Storage space is at a premium in some rooms, a potential issue for heavy packers and those toting more than one suitcase. 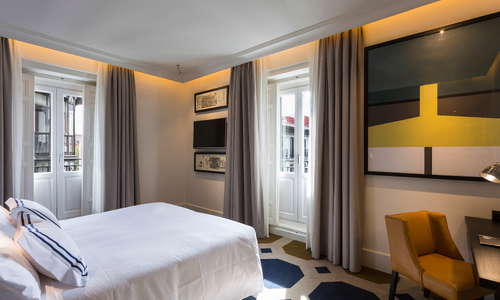 Though bathrooms are on the small side, especially in the deluxe rooms, all are decked out with luxurious rain showers.

A sprawling interior patio whose roof is one enormous skylight, Only You's lobby is a diamond in the rough, considering its competitors in the neighborhood. Cushy couches, Danish end tables, and cocktail and coffee service invite you to stay awhile.

The 24-hour gym, located in the basement, is compact but complete, with weight-training machines, dumbbells, and state-of-the-art treadmills.

There's nothing wrong with YOUnique Fusion Restaurant, per se, but for the same price, you'll find a far more appealing atmosphere (and culinary offering) in the lively tapas bars and taverns just outside the hotel doors.

Weather permitting, ask to be seated on the outdoor patio. 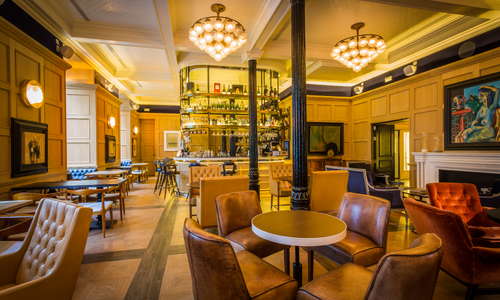 El Padrino bar may draw a well-heeled after-work crowd, but with synthy music and dim backlighting, it's anything but stuffy. 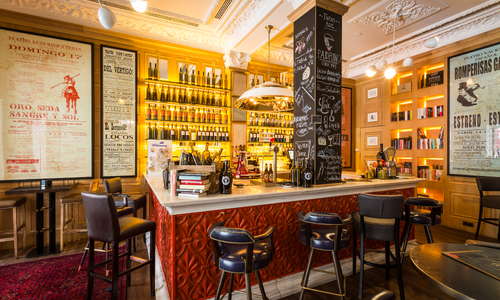 Most of Madrid's top attractions are within walking distance, but the Chueca metro stop (Line 6) is two blocks away for adventures farther afield.

Chueca is a tapas mecca with many neighborhood restaurants specializing in dressed-up finger food. Whet your appetite with Canary Island delicacies like papas arrugadas (wrinkly potatoes dunked in spicy mojo sauce) at Siete Delicatessen inside Mercado de San Antón (2-minute walk), a renovated market whose top two floors are packed with tapas stalls. From there, head a block north to Atlántico, a shiny new Galician restaurant known for its pristine raw seafood, or get your funghi fix at the neighboring El Cisne Azúl, an old-school joint specializing in mushroom dishes.

Don’t let the hordes of foreigners convince you otherwise: the famous bar next to the hotel called El Tigre is a dumpy tourist trap. Sip your suds at Fábrica Maravillas (5-minute walk), Madrid’s only city-center brewpub, instead, where you can choose from a dozen draft beers that were brewed just steps from your barstool. To get a taste of the vibrant gay nightlife that Chueca is known for, duck into Cazador, a laid-back hipster bar, or go all out at Boite, a trendy LGBT-friendly discoteca that rages until 6 a.m.

Only You has all the perks of a boutique luxury hotel—swanky bar, impeccable décor, a 24-hour gym—but remains understated and comfortable at its core. Its central location in one of the city's trendiest neighborhoods, plus its laid-back lobby and welcoming personnel, are sure to make this relative newcomer a Madrid classic. 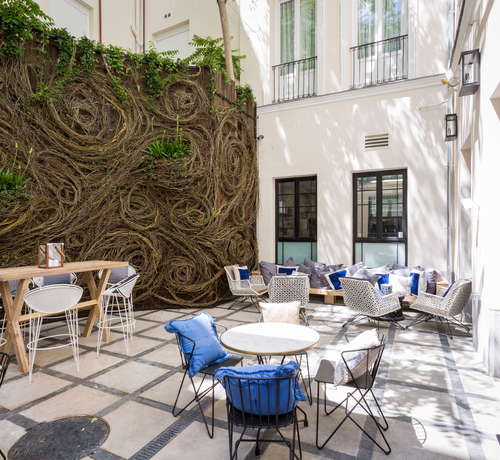 #2 The 8 Best LGBTQ-Friendly Hotels in Madrid

#2 The Most Romantic Hotels in Madrid

#3 The Best Boutique Hotels in Madrid

#5 These Are the Trendiest Hotels in Madrid Right Now

#7 The Best Hotel Bars in Madrid

#8 The 11 Best Design Hotels in Madrid

Only You Boutique Hotel 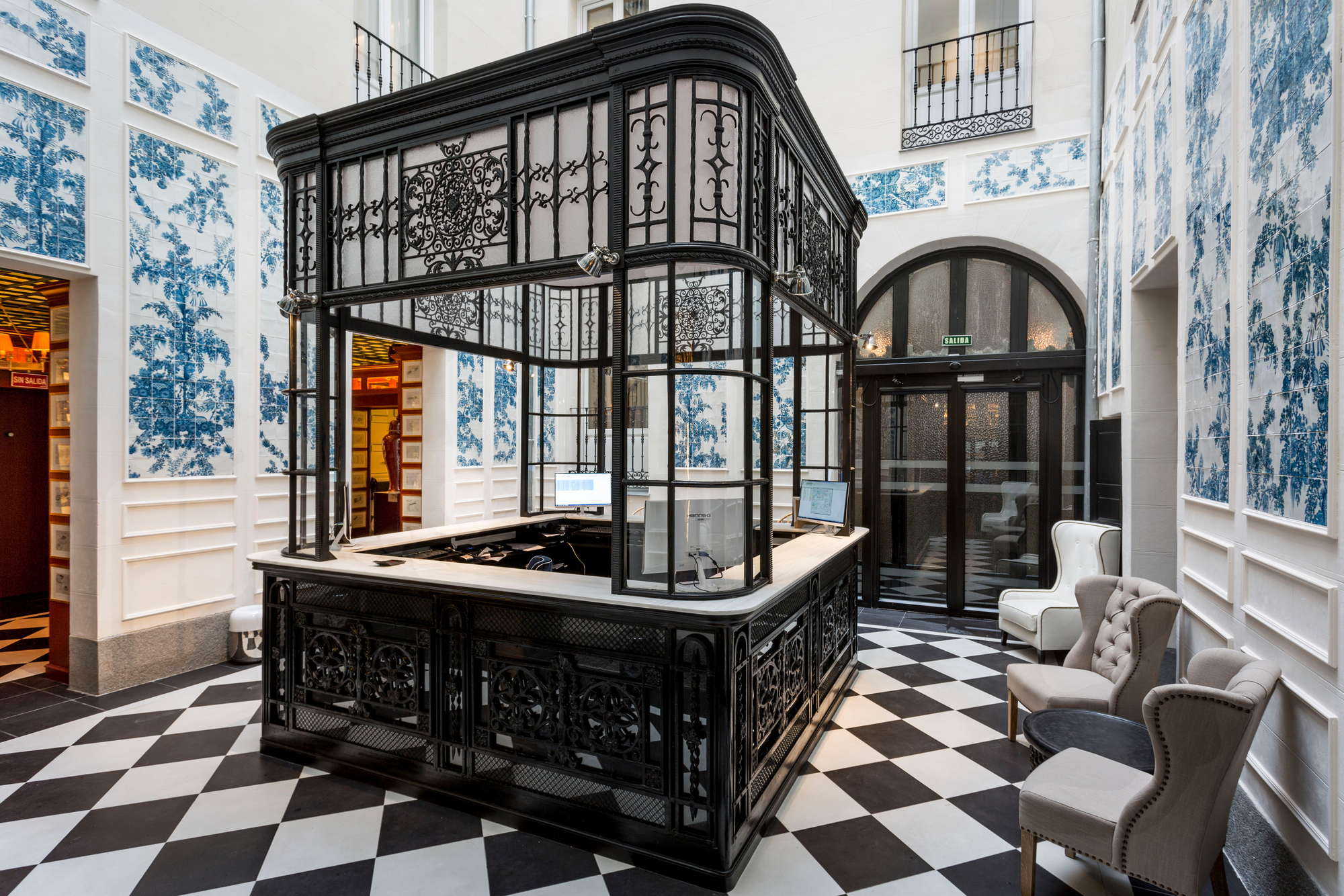 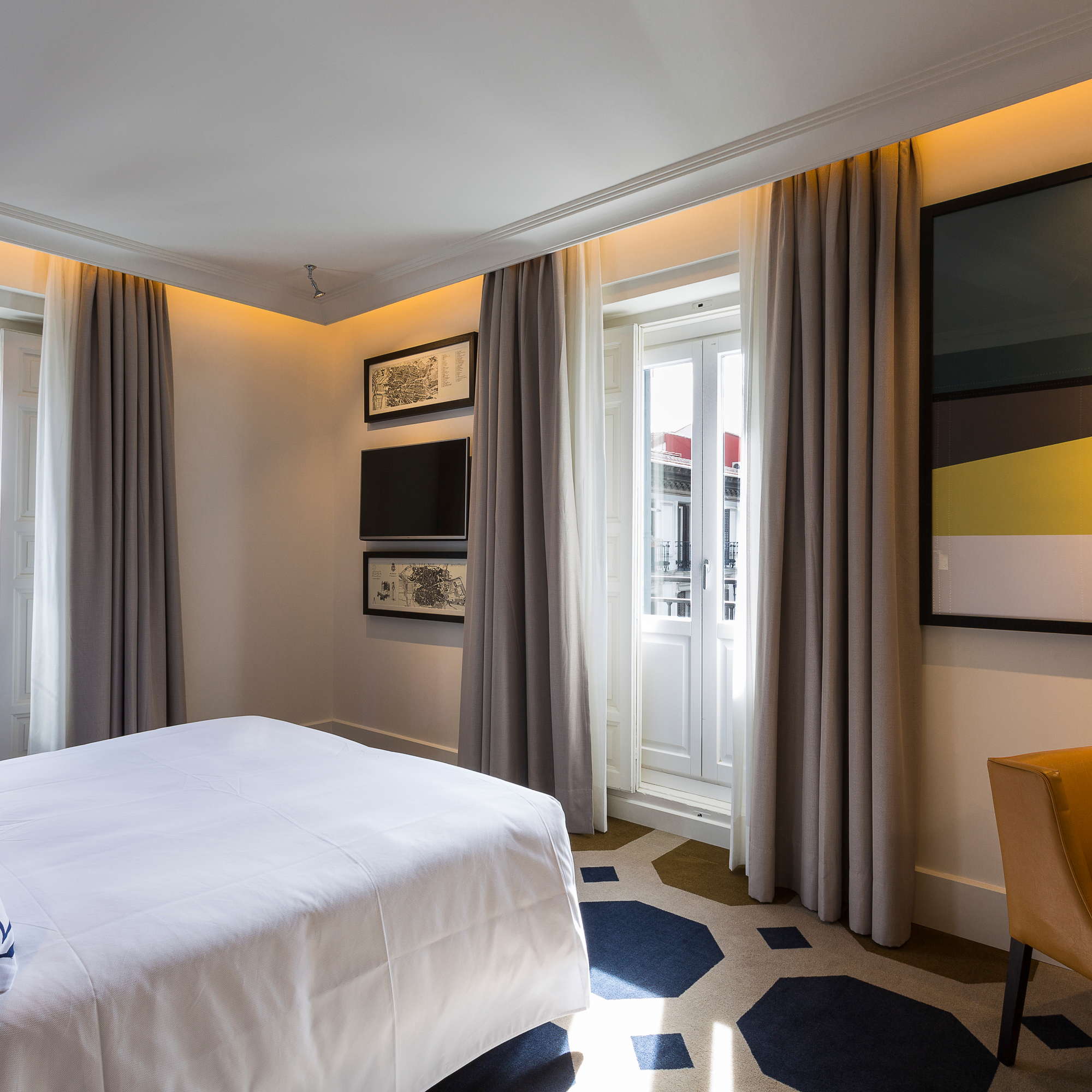 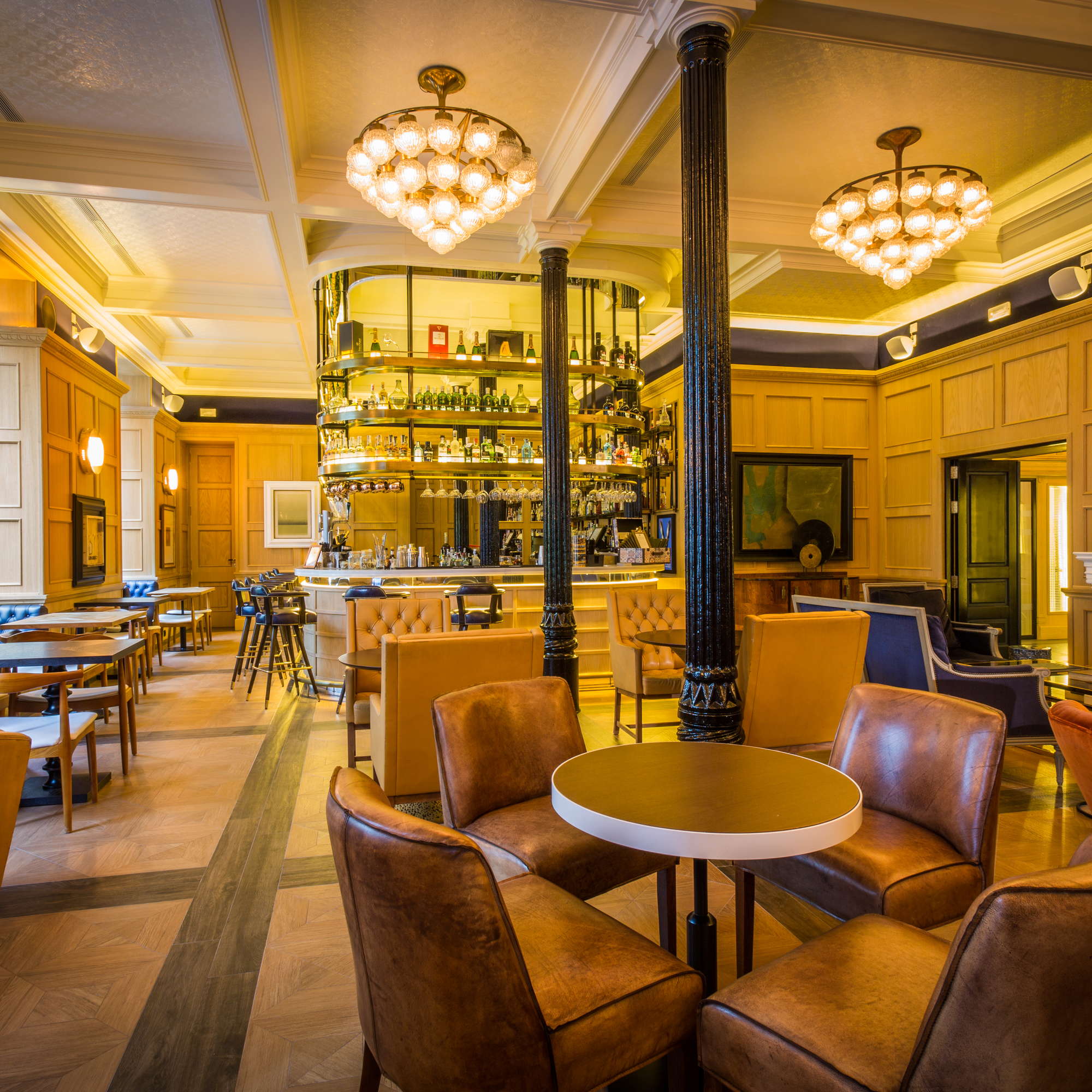 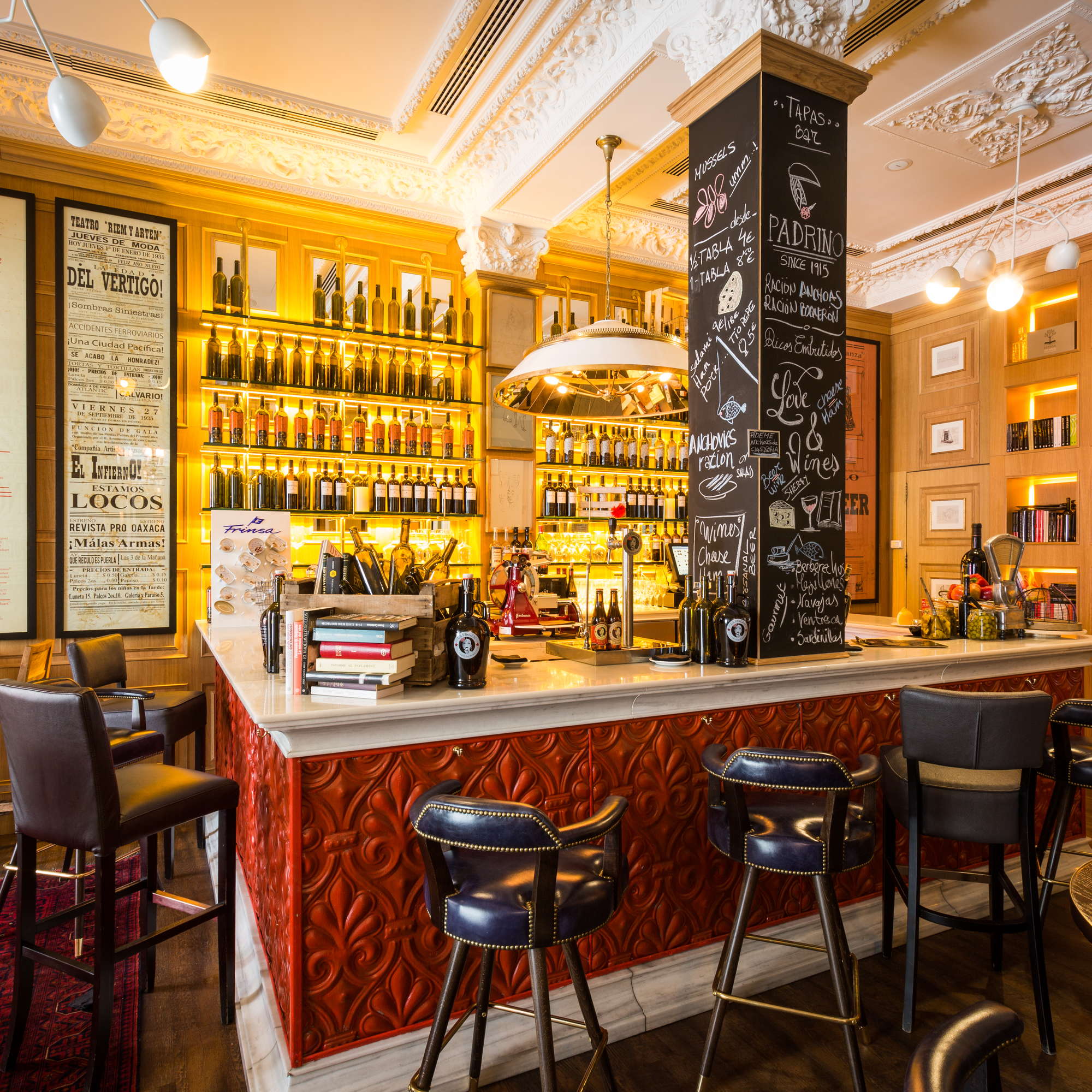