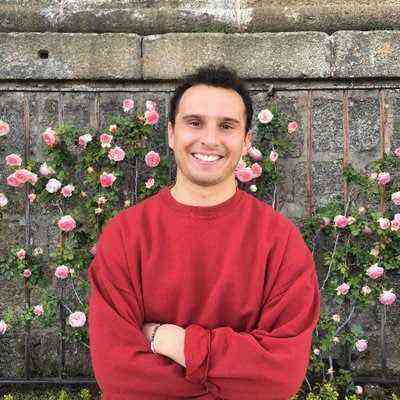 Tapas, wine, nightlife, soccer— Madrid has many claims to fame, but good beer? That hasn’t been one of them— until now. Almost overnight, the city has emerged as one of Europe’s hottest new beer destinations, turning the heads of travelers and beer critics alike with its award-winning craft beers, lively beer crawls, and ultramodern brewpubs.

Though the term cerveza artesana has only recently crept into the local lexicon, beer has long been the tipple of choice for Spaniards, who polish off about 20 gallons of the stuff per person per year. And despite Spain’s notoriety for gin-tonics and wines like Rioja and Albariño, it’s the humble caña— Madrid slang for a half-pint— that’s the linchpin of social gatherings here, whether you’re unwinding over a few tapas, ringing in a verbena (street fair), or lounging by the pool.

In the summer months, when temperatures soar above 100 degrees, most Madrid residents reach for a Mahou, the capital’s ubiquitous pilsner. The trusty sidekick to tapas-crawl classics like calamari a la romana, nutty jamón (dry-cured ham), and marinated anchovies, it doesn’t get much more típico Madrileño than a half-pint of pils.

But as refreshing as Mahou may be, Spaniards are finally waking up to the nuances of different beer styles— and they’re demanding more variety at their neighborhood bars. Take La Tape, for instance, an unassuming restaurant in the hip Malasaña district whose manager, Julio González, happens to be a certified cicerone. “We have the deepest Belgian beer list in the city, and we’re constantly improving,” González said at a recent tasting, as he uncorked a bottle of vintage gueuze with the zeal of a Bordeaux cellar master.

That’s not to say there aren’t equally praiseworthy Spanish brews giving the Germans and Brits a run for their money: Recent years have seen the emergence of one-of-a-kind bottles such as La Virgen “De Castañas,” fermented with hand-peeled roasted chestnuts, and La Socarrada, infused with wild rosemary plucked from the hillsides surrounding the Valencia brewery. In fact, Spain’s craft beer industry grew by a whopping 1,600% between 2008 and 2015— more than almost any other business sector in the country.

Whether you’re a Mahou-loving traditionalist or a craft beer buff, one thing is certain: In Madrid, there’s something for every type of beer lover. From tapas to tastings, brewpubs to beer crawls, here are some of our favorite ways to grab a cold one in the Spanish capital. 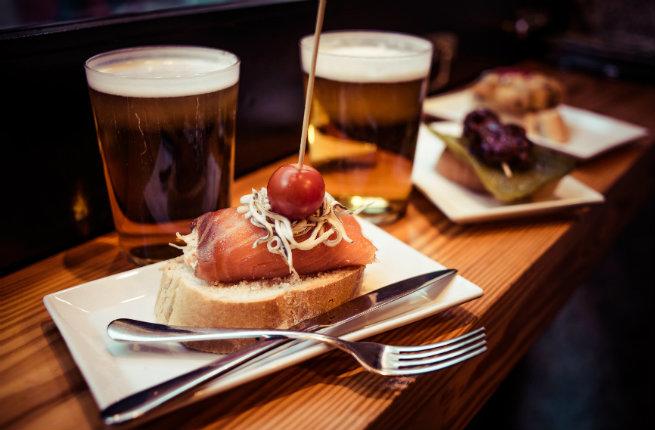 Of all the tapas synonymous with beer drinking in Madrid, Bodega La Ardosa’s award-winning tortilla de patata is particularly sublime. Unctuous and faintly sweet with caramelized onion, it plays best with a pint of Guinness or Pilsner-Urquell— classic choices here, since La Ardosa was the first bar in Madrid to carry either of the iconic beers on draft. Introducing the public to these international brands marked a pivotal moment in Madrid beer history— one that became a precursor to the excitement we’re seeing today surrounding craft beer. After staking out a couple of stools at the bar (a feat in itself), don’t forget to look around: the walls are adorned with vintage beer bottles and other tchotchkes that have piled up since La Ardosa opened in 1892.

Not every European capital can claim a full-scale craft beer operation within its city limits, but La Virgen is just that. Regarded as Spain’s most innovative microbrewery, La Virgen uses state-of-the-art equipment to produce its six signature (plus three seasonal) beers that range in style from hoppy ales to citrusy lagers and oatmeal stouts. Though you can spot La Virgen’s brews on a number of beer menus in Madrid, they’re best sampled at the source, a towering facility in the Las Rozas district that houses a beer garden and outdoor patio.

Insider Tip: Those seeking a more in-depth experience shouldn’t miss the informative brewery tours. Just be sure to sign up in advance— they fill up fast.

A testament to Spain’s newfound appreciation for quality beer, alta gastronomía establishments around Madrid are beginning to experiment with beer pairings as an alternative to wine pairings on tasting menus. A prime example is Horcher, a fourth-generation restaurant on the Paseo del Prado, where limited-release bottles like Jacometrezo and Amaniel accompany German-inspired dishes like creamed herring, salmon roe-topped potato pancakes, and venison carpaccio with spicy figs.

Embark on a Beer Crawl

Ground Zero for Madrid’s beer revolution is Malasaña, the edgy, expat-filled neighborhood whose cobblestone streets are best explored by bar hopping. A good starting point is Calle Cardenal Cisneros, an unassuming backstreet that boasts an astounding concentration of cervecerías. There’s L’Europe, an unpretentious neighborhood spot that’s as famous for its lengthy Spanish beer list as it is for deep bowls of popcorn and cheese puffs. For something trendier, pop into Beer Garden, a pocket-sized bar and tasting room where you can throw back sour ales to the soundtrack of house music emanating from a DJ turntable. But to get a taste of the newest arrival on the Madrid beer circuit, look no further than Taproom, whose 24 drafts feature small-batch revelations like Nómada’s saison, infused with wildflowers, and Founders’ “Mango Magnífico,” enlivened by fresh mango and chipotle.

Fábrica Maravillas, Madrid’s first brewpub located off Plaza de San Ildefonso, is a must-stop for any curious beer drinker. Days start early here for beer master Thierry Hascoët, who boils grain, hops, and water in enormous steel troughs. Visible behind floor-to-ceiling glass paneling— along with countless valves, gadgets, and hoses— they serve as a constant reminder of the provenance of whatever you’re sipping. Unlike many other bars in the neighborhood, Fábrica Maravillas stocks proper pint glasses, but to make the most of their ever-evolving beer rotation (which recently featured an IPA, an imperial stout, and a saison), opt for a few smaller-format cañas.