Although the Catholic Church excommunicated the village for sorcery, its residents still happily embrace their legacy of witchcraft.

Walking the empty streets of Trasmoz, in the Aragon region of Spain, it’s hard to believe that this tiny village—which has no shops or schools and mostly dilapidated houses—was once a thriving community, home to 10,000 residents. Today, less than 100 people live in Trasmoz, and the story of how the village underwent this dramatic transformation involves witchcraft, deception, greed, power, and politics. But this tale doesn’t necessarily have an unhappy ending, and the residents of Trasmoz are proud of their colorful, complicated history.

Tucked in the foothills of the Moncayo mountain range, Trasmoz was first founded as a lordship in the 12th century. Two ruling powers—the Kingdom of Navarre and the Kingdom of Aragon—squabbled over it for decades until the king of Aragon, Jamie I, conquered it for good in 1232. By the 13th century, Trasmoz was a flourishing fiefdom of approximately 10,000 inhabitants, comprising a mix of Jewish, Christian, and Arab residents. The community drew its wealth from the area’s vast natural resources, such as iron and silver mines as well as water and wood.

But soon after, the occupants of the Castillo de Trasmoz (Castle of Trasmoz), which looks down on the town from its perch upon a high hill, decided to make use of those metal mines for their own purposes. They began forging fake currency in the castle, and hoping to prevent outside parties from investigating their noisy criminal scheme, they spread rumors that the castle was full of witches and wizards who were casting spells and making potions.

But the forgers proved a little too clever for their own good. At the time, Trasmoz wasn’t part of the Catholic dominion of the church and was considered a lay territory. Thus, the wealthy community didn’t have to pay dues to the nearby monastery of Veruela.

Of course, this didn’t sit well with the church one bit. When the abbot of Veruela heard the rumors of witchcraft, he used it as an excuse to have an area archbishop excommunicate all of Trasmoz. While the punishment was ostensibly for practicing sorcery, it was, in actuality, for not paying their dues.

The scrappy residents of Trasmoz weren’t about to go down without a fight. Instead of repenting of their sins to remove the excommunication, they defied the monastery for years. Then, to add insult to injury, Veruela began stealing water from Trasmoz, prompting the Lord of Trasmoz, Pedro Manuel Ximinez de Urrea, to take up arms. With the two sides on the brink of civil war, King Ferdinand II declared that Trasmoz was in the right.

In 1511, as a parting shot, the church cursed Trasmoz, claiming that the fiefdom had been corrupted by witchcraft. And, because the curse was permitted by Pope Julius II, it can only be removed by another pope—and none has ever done so.

Trasmoz began to suffer under the weight of these attacks and its growing reputation for black magic. In 1520, the Castle of Trasmoz burned down, and, soon, the population of the community dwindled. However, over the years, Trasmoz has come to embrace its legacy of witchcraft to help bring tourism to the tiny village, drawing several thousand guests and international media for certain events. The Castle of Trasmoz has since been restored and now hosts a witchcraft museum as well as magical objects like cauldrons and brooms. In the courtyard stands a sculpture of La Tia Casca, who was the last witch to be killed in Trasmoz, in 1860, because townspeople blamed her for an epidemic.

Additionally, every summer, Trasmoz hosts its popular Feria de Brujeria y Magica (Fair of Witchcraft and Magic), featuring an entire day of magical events. Re-enactments bring the history of Trasmoz to life, including witches being hunted and tortured. Guests enjoy a medieval camp and a market stocked with lotions and potions featuring native plants with healing and hallucinogenic properties. Other activities include parades, live music, falconry demonstrations, hypnosis and magic shows, fireworks, and sword fighting. Local wine and tastings of “diabolic crumbs” keep guests satiated. For many, the highlight of the festival is the naming of the Witch of the Year, when one lucky resident with a talent for brewing potions is chosen to parade down the street, give a speech, and carry that esteemed title until the next festival. 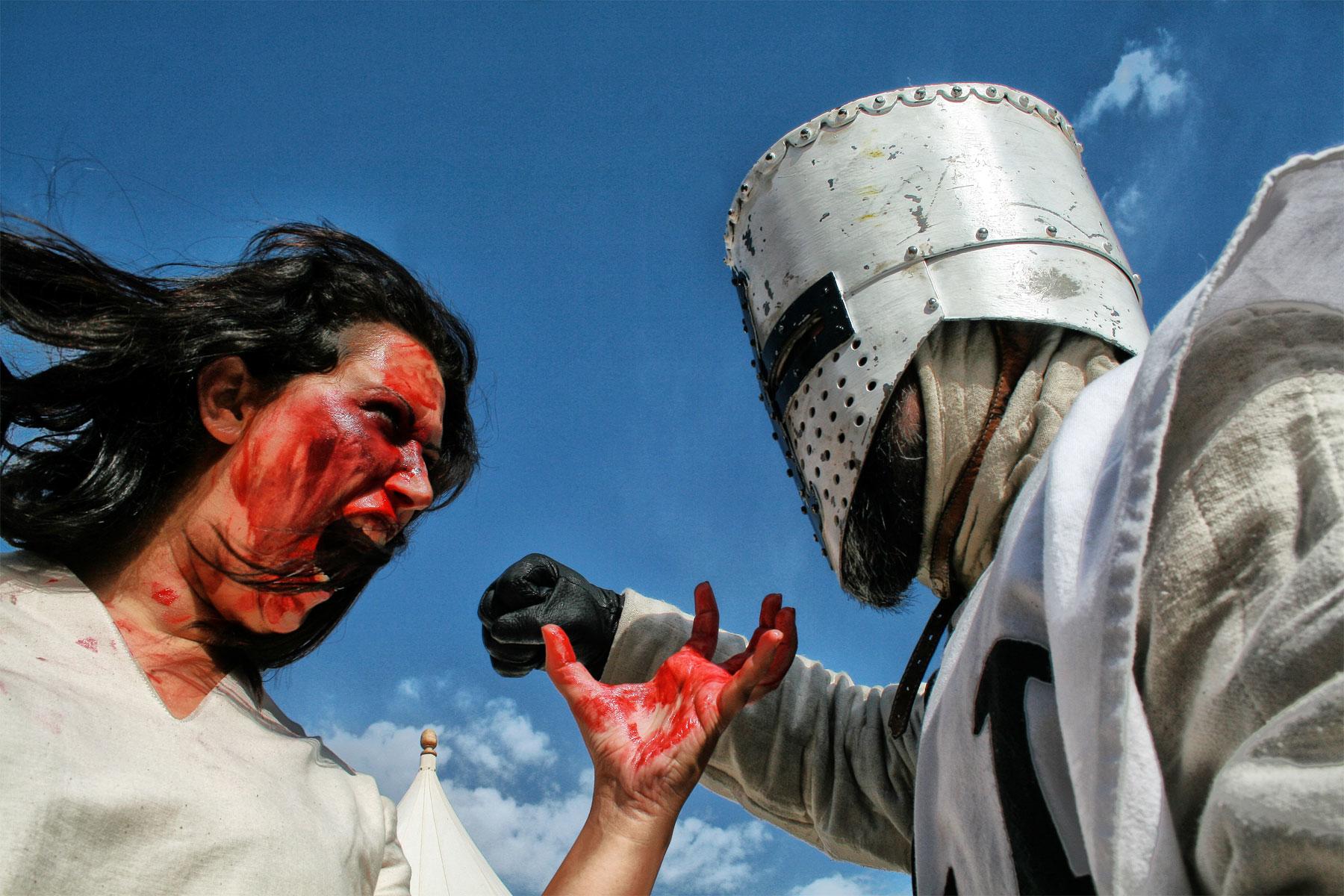 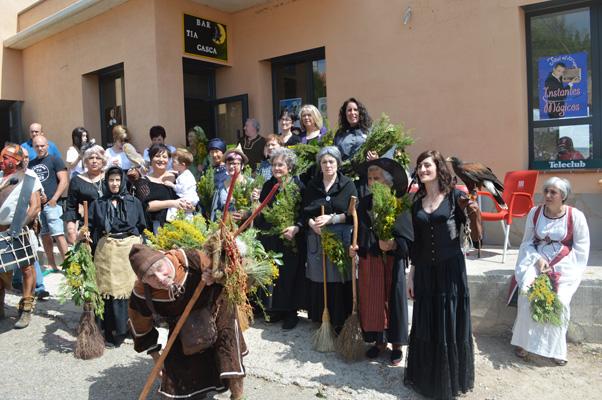 This is just one “witchy” tradition that the residents of Trasmoz hold fast to throughout the year. They also honor All Saints Day and the winter solstice, when pagan rites and customs of fire are performed to keep homes warm; scare away spirits; and bless people, pets, and food. It’s clear that the past is alive and well in the modern life of this unusual Spanish village.