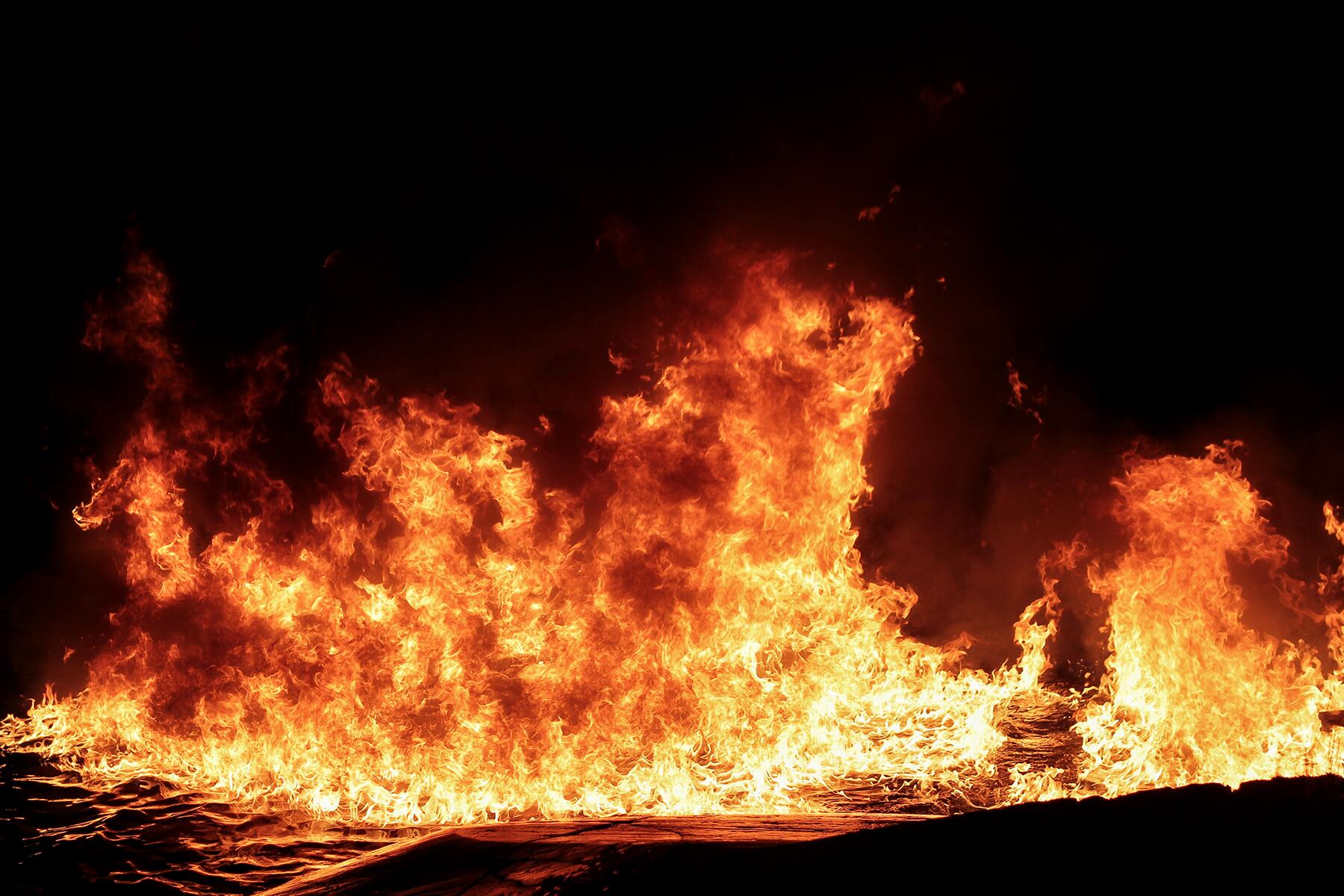 What to eat and drink, the best way to get around, and how not to get punched in the head by a Catalan secessionist.

Sometimes travel advice can seem obvious: Don’t rush! Drink a lot of wine! Hang out at the beach! These things are all true in Spain. But, the country can also be a little tricky. With its varied climate zones, regional cultural heritage, and ongoing issues related to the Catalan bid for independence, there are important factors to keep in mind if you want to have a smooth and drama-free visit. 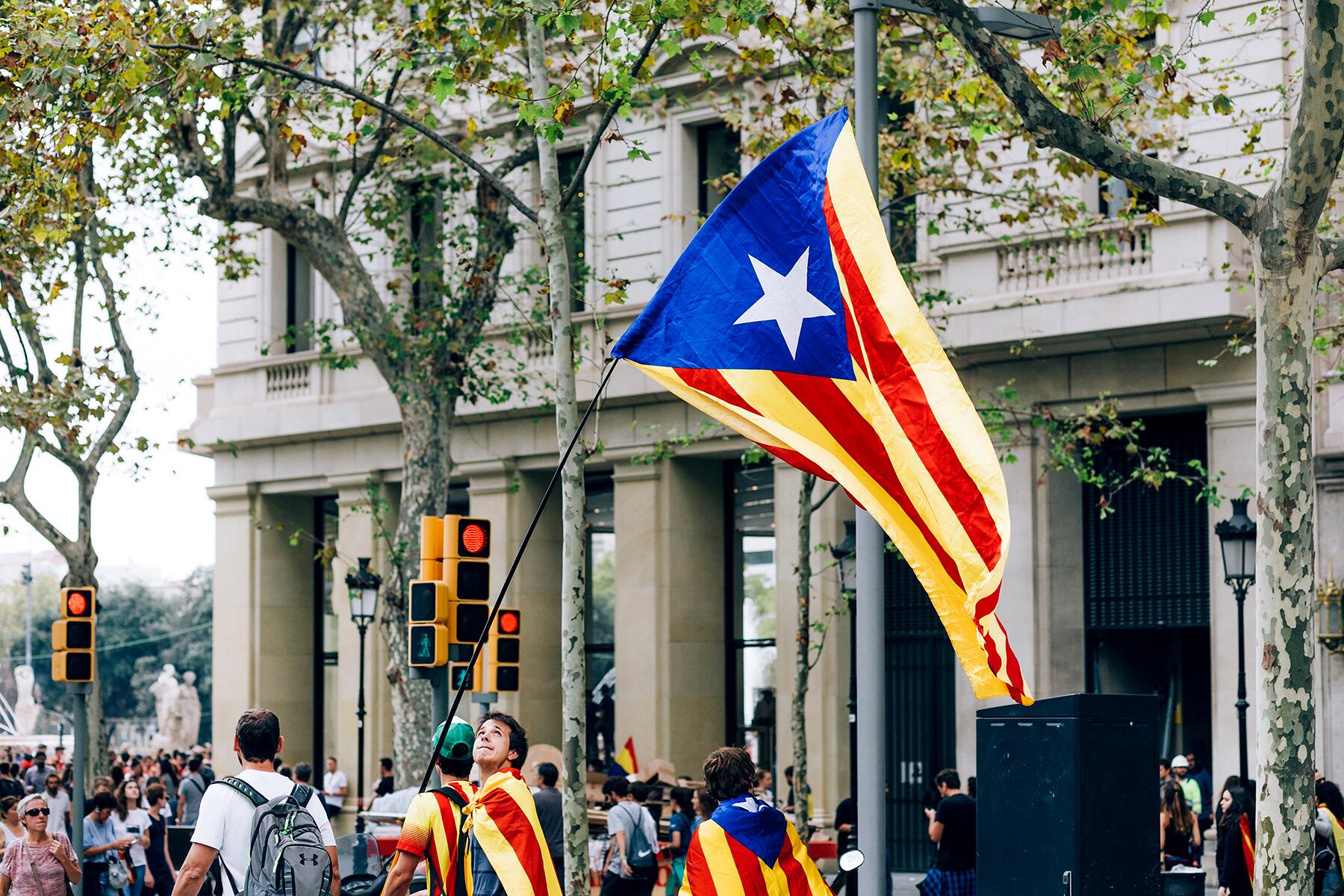 Before the rise of modern-day Spain there was Aragon, a kingdom on the Iberian Peninsula whose territories included the regions we know as Catalonia and Aragon, as well as Roussillon, a part of southern France. The Catalan people and their culture are tenacious and Barcelona— the capital of Catalonia— remains strongly Catalan. This means that you’ll see signage printed in both Spanish and Catalan and will also hear Catalan being spoken. The wealthy Catalan region has about 7.5 million people, with their own language, parliament, flag, and anthem. While you won’t be expected to learn the language, it’s a sign of respect to learn at least a few Catalan words. (Speaking of regional differences, in the Spanish south, the culture and architecture was strongly influenced by the Moors, the name given to Spain’s Muslim population which came across the Straight of Gibraltar from northern Africa.) 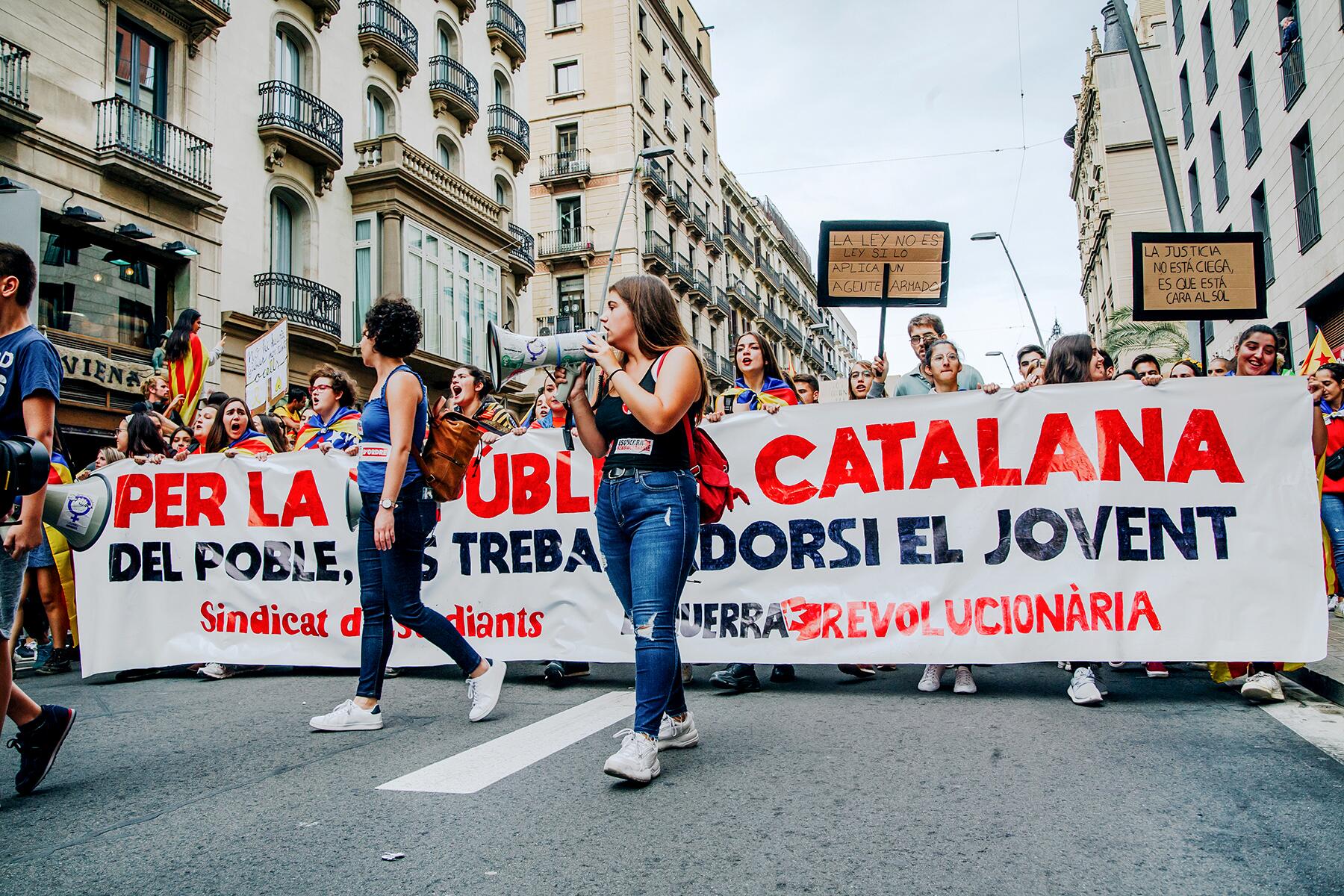 The Catalan bid for independence is not a light topic in Spain, and it’s easy to wade into intense, contentious conversations if you’re not careful. When a majority of the members of the Catalan regional Parliament declared the region’s independence from Spain in 2017, a referendum vote was held shortly after and saw most voters indicating that they too wanted to separate from Spain. As a result the central Spanish government cracked down on the separatists, igniting fierce debate and sometimes violent protests which were happening as recently as this past February.

If you’re in Spain and see a flag with a single star––known as the Estelada––, and prominently yellow ribbons, remember those are signs of support for the Catalan secessionist movement, and are a good sign that you should be careful (and quiet) when discussing politics.

For all of Spain, and particularly those who are Catalan, it’s an uncertain time that echoes the violent Fascist suppression of Catalonia that occurred under the reign of the dictator Francisco Franco. 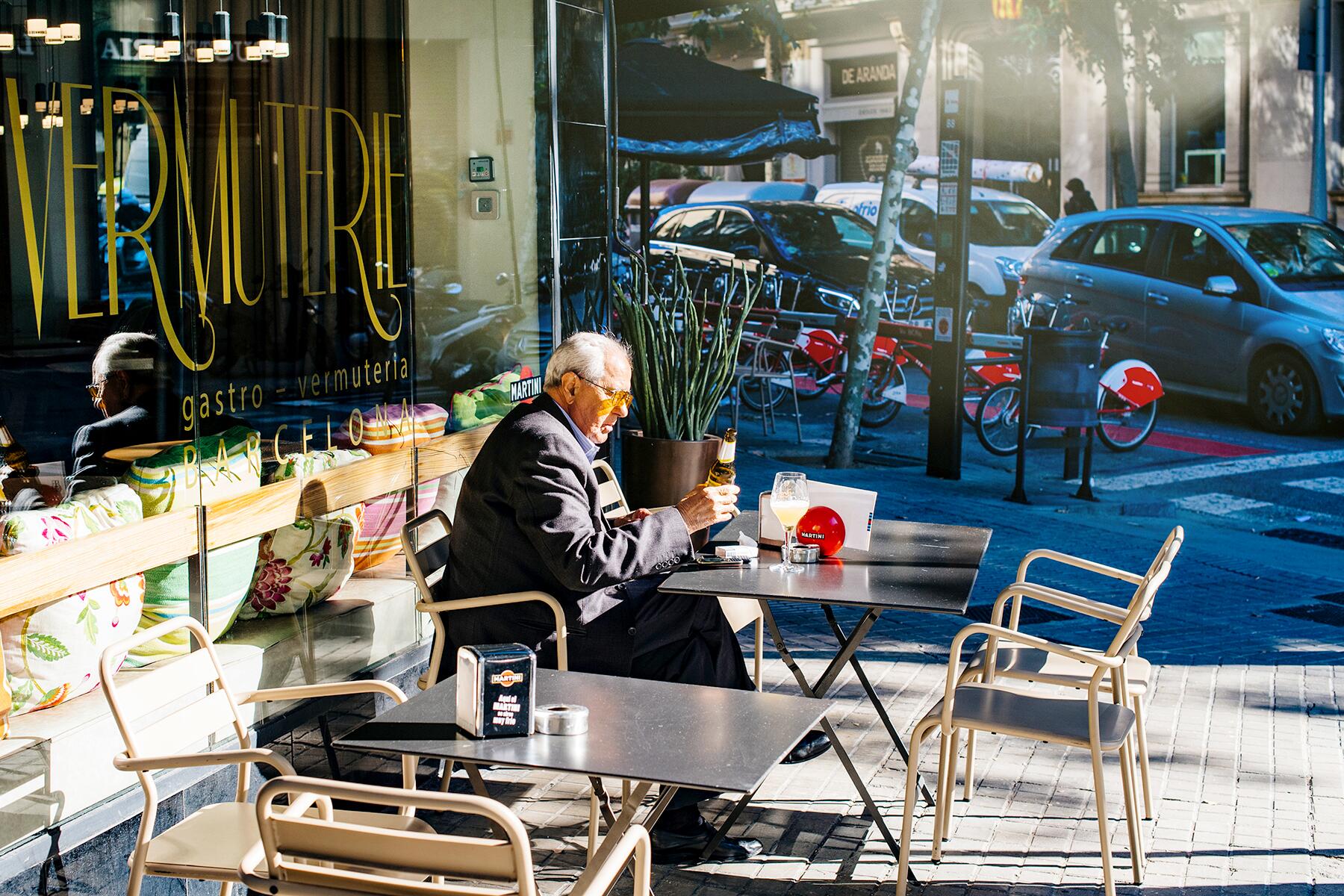 Spanish life has a slower rhythm than you may be accustomed to. Meals are later (lunch starts at around 2 and dinner at around 10 or 11) and are languorous experiences that last for hours. Sundays are especially slow, especially in smaller towns (and in the off season) where many stores and some restaurants are closed for the day. Stores and restaurants keep familiar hours in tourist-centric areas, and while it’s unlikely that you’ll be refused service if you want to eat lunch at noon, you’ll definitely stand out as a tourist. As for the fabled afternoon siesta, while it does still exist in some more rural communities, in cities like Barcelona and Madrid, it really just takes the form of a long, leisurely lunch. 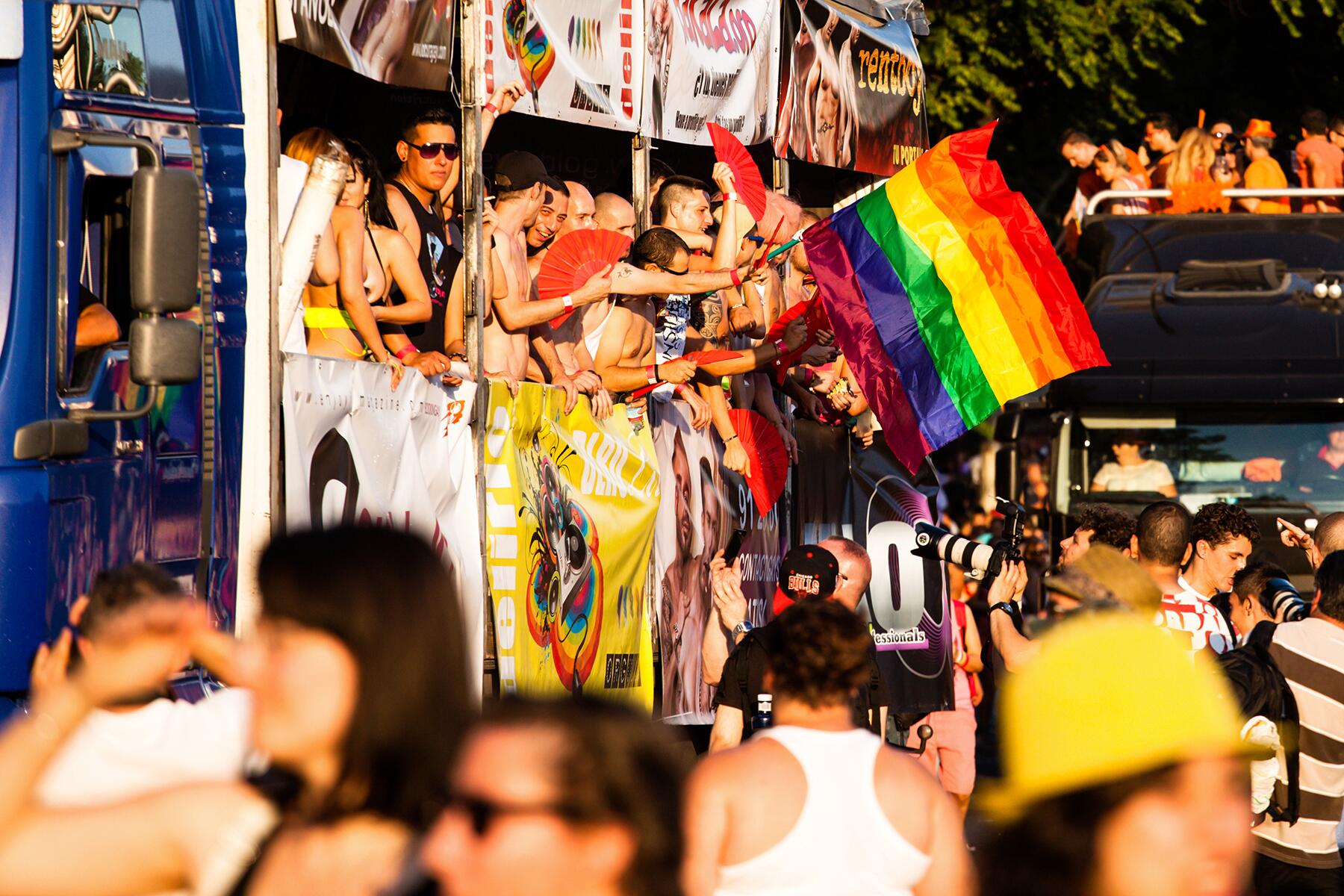 While it’s true that Spain is Catholic-majority and generally takes religion quite seriously, this country also legalized gay marriage in 2005, a full decade before the United States. While Spain as a whole is generally tolerant, specific areas have also built international reputations for being welcoming to gay travelers and have gay-friendly beaches, restaurants, and nightclubs, and hold yearly Pride parades. Some particularly welcoming destinations are the capital city Madrid, which is said to be one of the most LGBT-friendly cities in all of Europe, the seaside resort town of Sitges, the island of Maspalomas in the Canary Islands, and parts of the bass-thumping club island Ibiza. 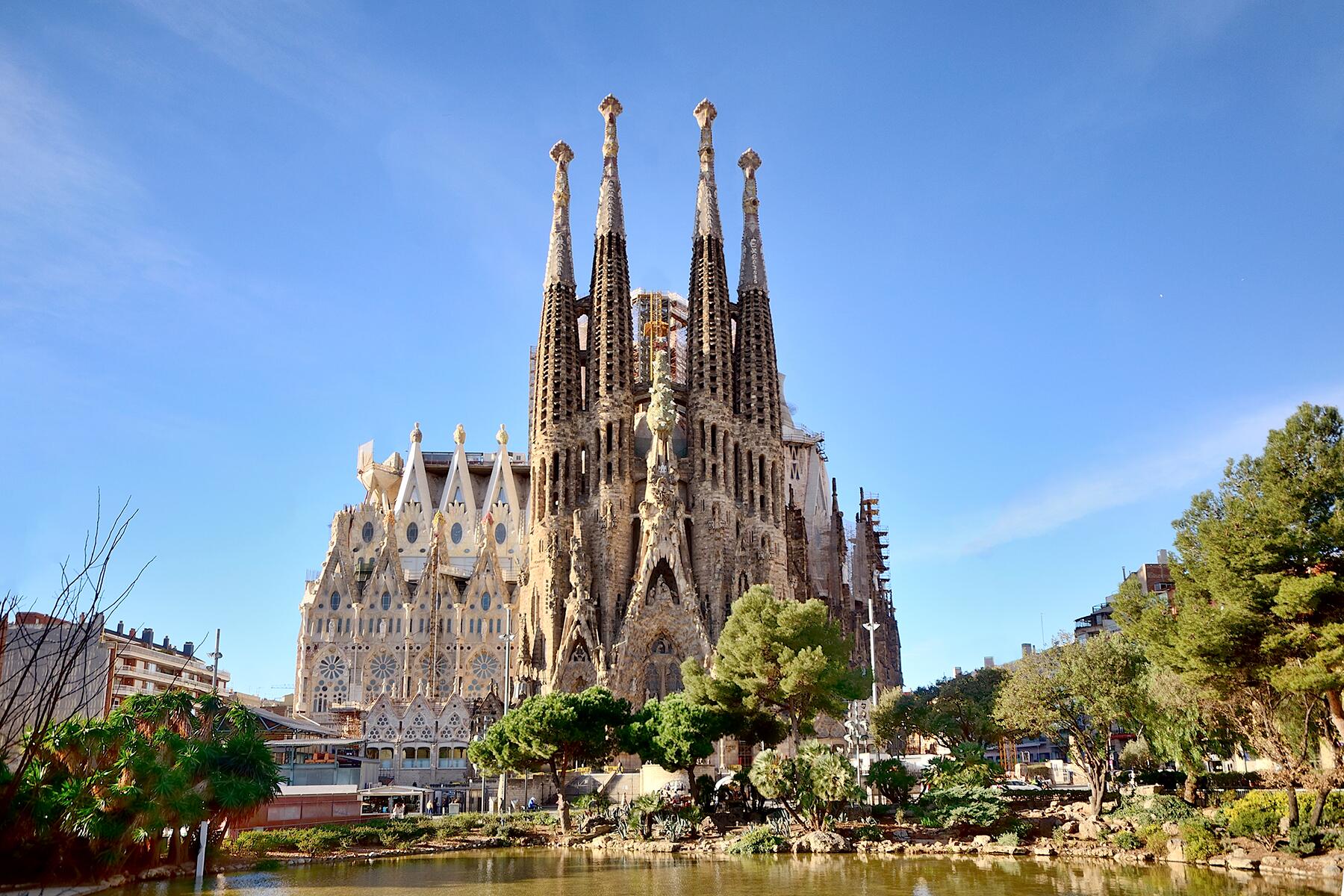 There are a few major attractions in Spain that rank highly on most traveler bucket lists and if you are hoping to check some of the world’s top attractions off your list, too, you’ll need to plan ahead. For big-ticket sights like the Alhambra, the Sagrada Família, Parc Güell, and the Picasso Museum, you will need to book tickets before you arrive. Otherwise, lines can be long and there is no guarantee that tickets will be available when you visit, especially at peak times. Booking in advance gives you an allocated time (there is zero flexibility with this at most attractions so be sure to arrive on time). 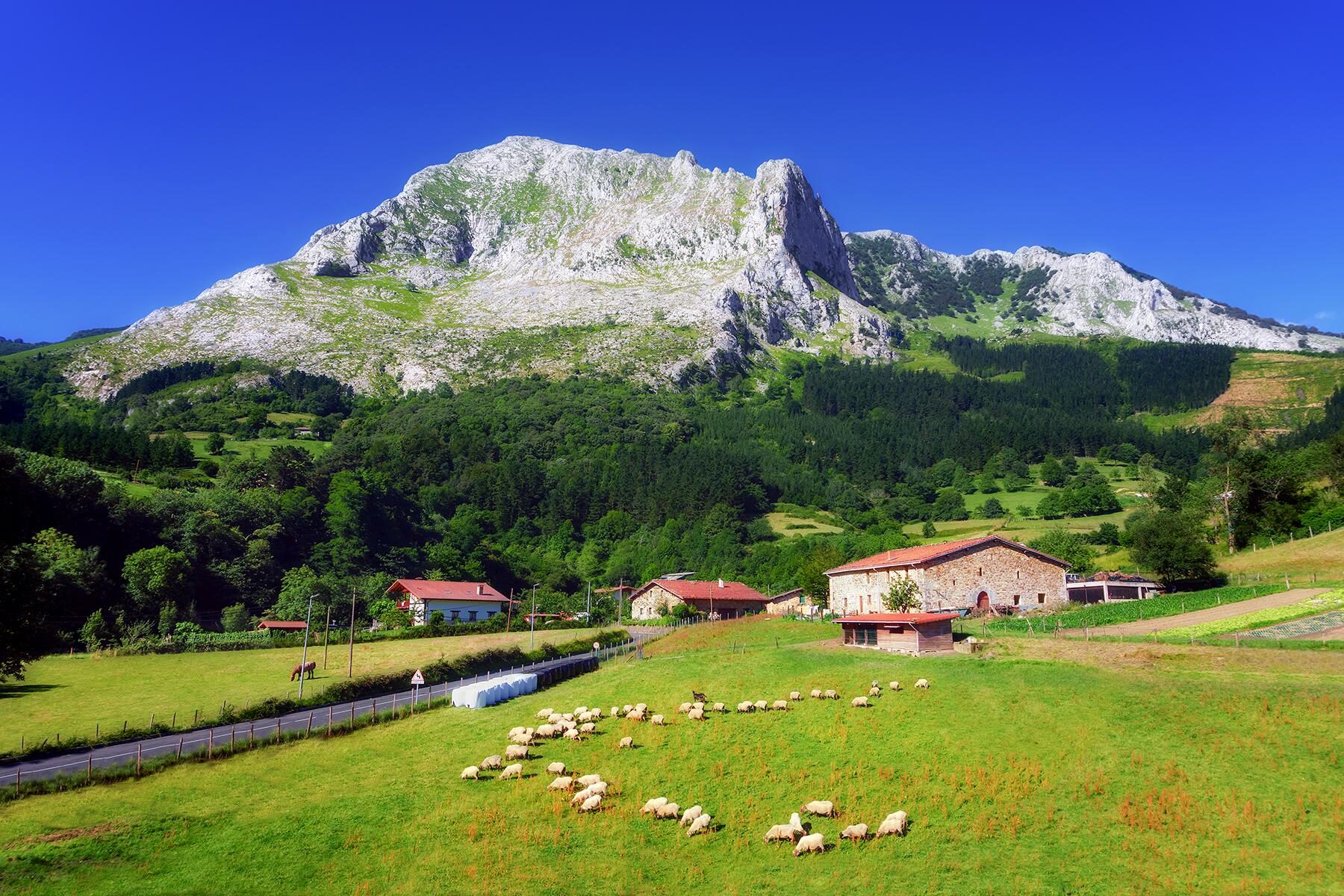 Pack for a Varied Climate and Terrain

If you’re planning to travel across different regions of Spain, keep in mind that the landscape and climate can change rather dramatically. While Catalonia and Aragon are rolling, arid, and quite dry, Basque Country has generally mild temperatures but significant rainfall, even during the drier months, and southern cities like Seville have a dry Mediterranean climate which can get quite hot during the day.

If you’ll be in more than one climate zone make sure you pack appropriately. 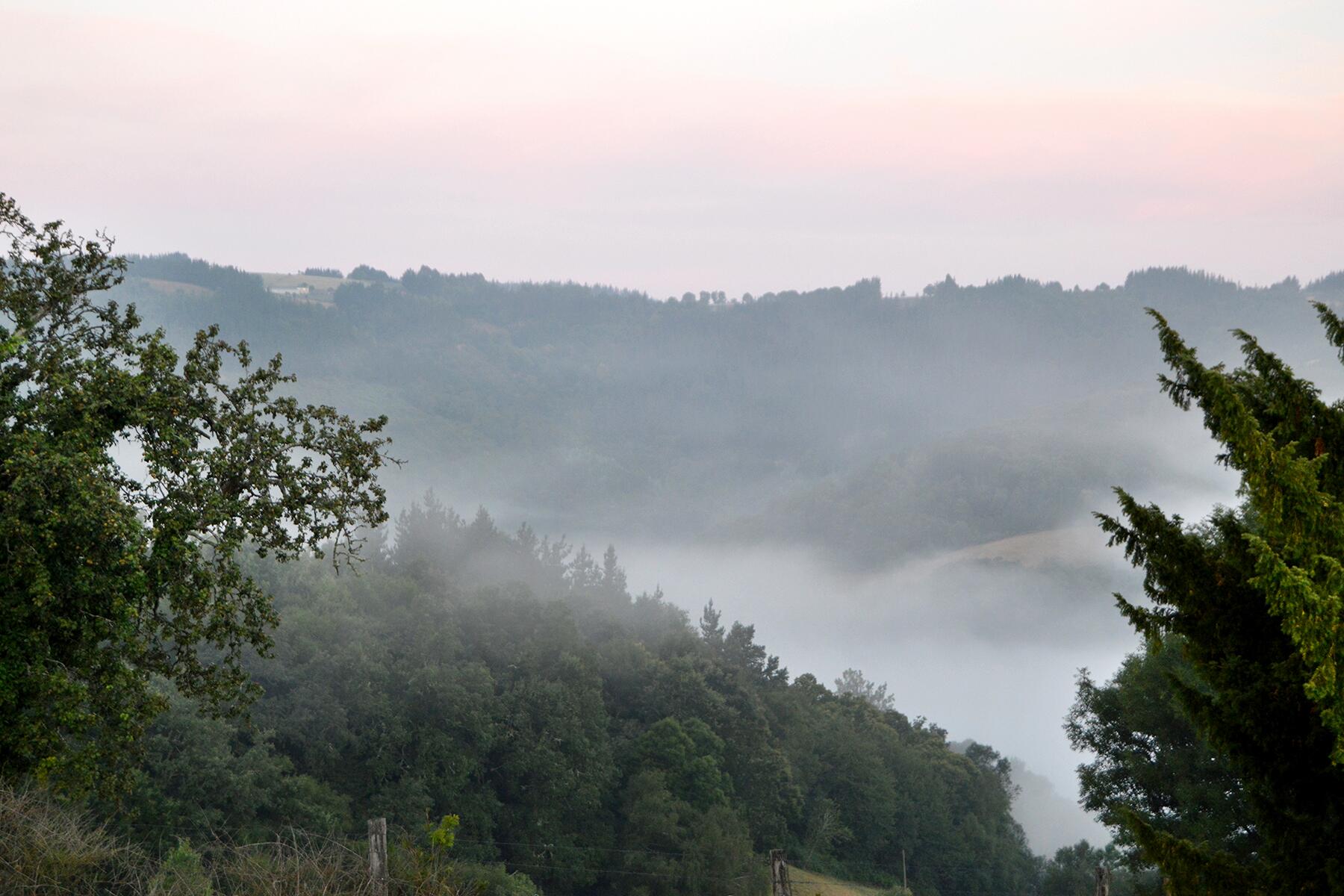 P.S. the Rain in Spain Doesn’t Fall Mainly on the Plain

Everyone knows the saying “the rain in Spain stays mainly in the plain,” thanks to Eliza Doolittle’s elocution exercise in My Fair Lady. While you may have sung along as Professor Higgins asked excitedly, “Where does it rain?” It turns out the rain in Spain doesn’t really fall or stay upon the plain at all. On the contrary, it favors the country’s rocky, steep northwestern corner, Galicia. 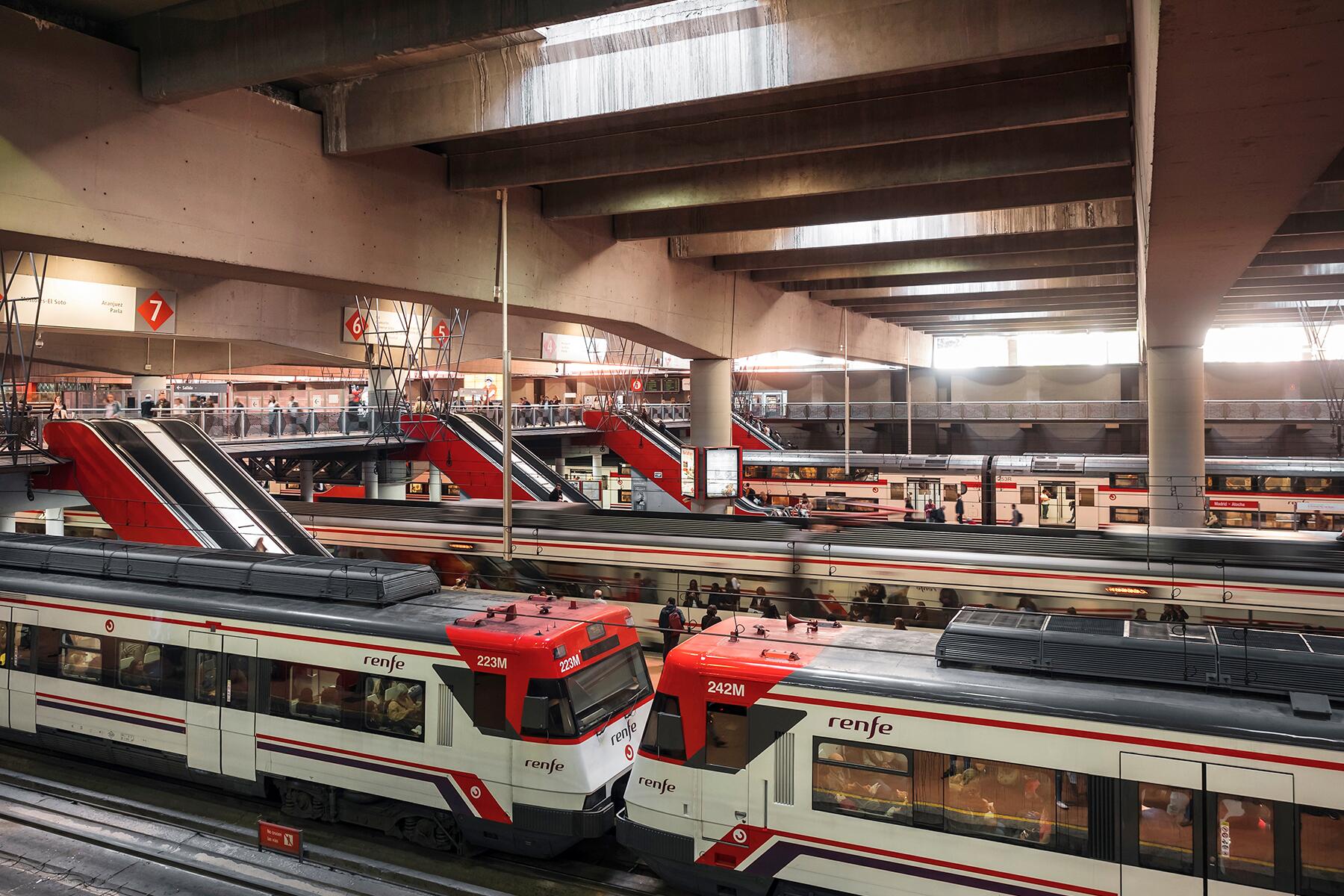 Skip the Plane and Take a Train

Flights from one region of Spain to another are cheap and easy, but don’t discount the country’s high-speed rail network. It’s fast, comfortable, and a great way to get from city to city. You can get from Madrid to Seville in 2 hours and 20 minutes without any of the hassles or stresses of air travel.

INSIDER TIPWhen traveling by train, passengers are permitted to bring food and alcohol on board with them. 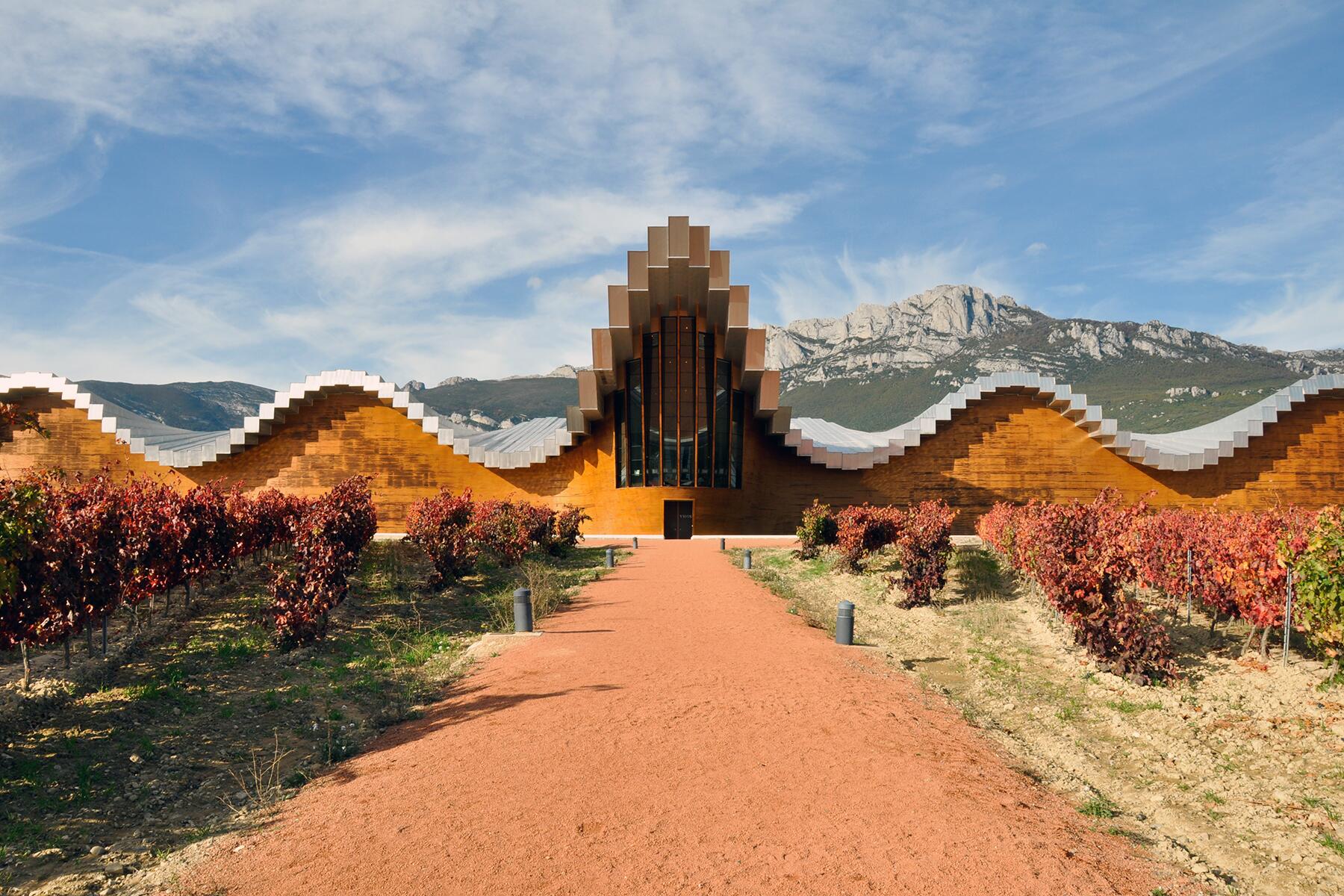 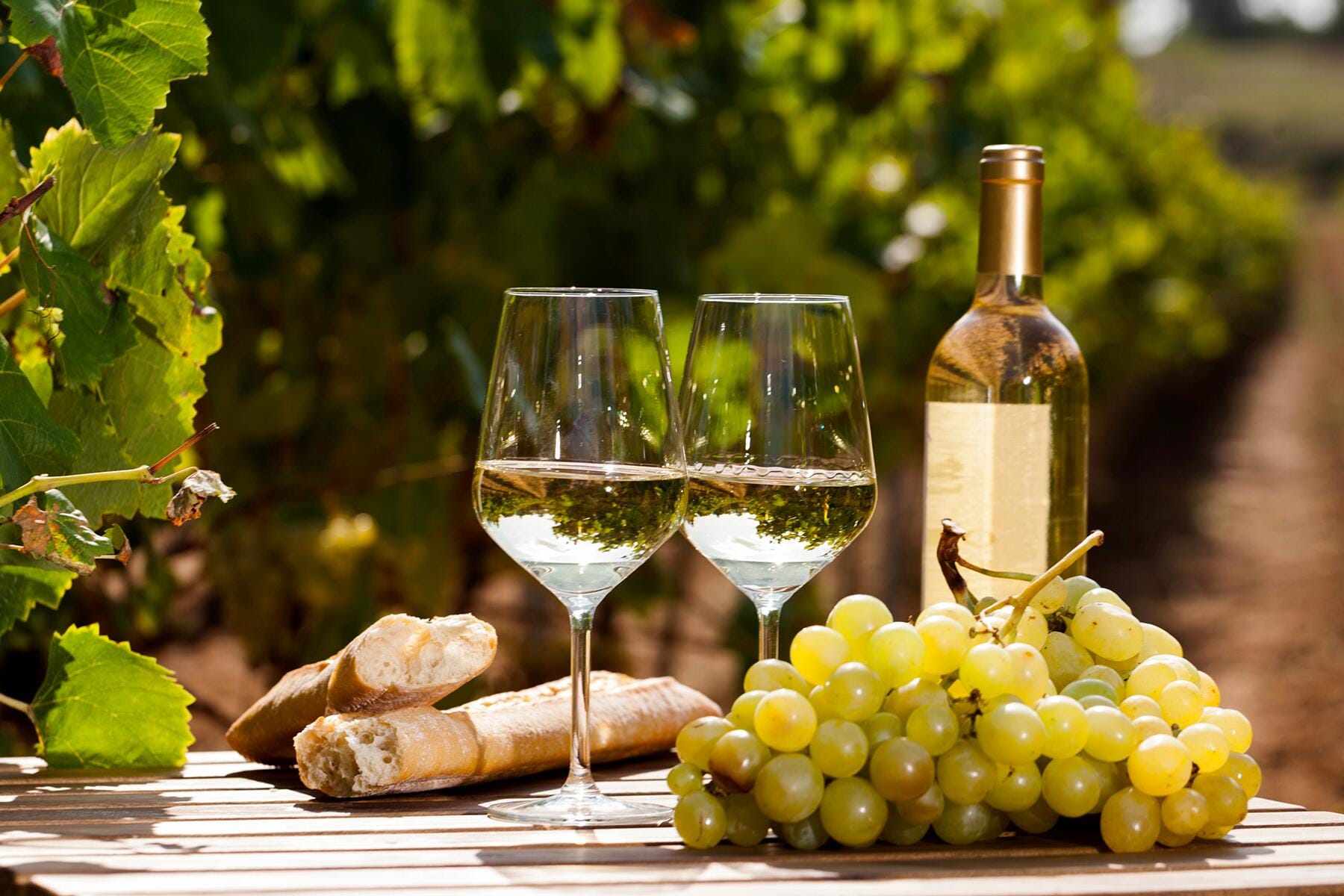 PHOTO: Caftor / Shutterstock
Previous Next
9 OF 12

Spain is the third largest producer of wine in the world, after France and Italy, and almost half the wine (in a normal vintage) production is sold at low prices—like 3- to 5 euros a bottle. The key to a fun and frugal vacation is knowing that just because this wine is inexpensive, doesn’t mean it’s cheap. 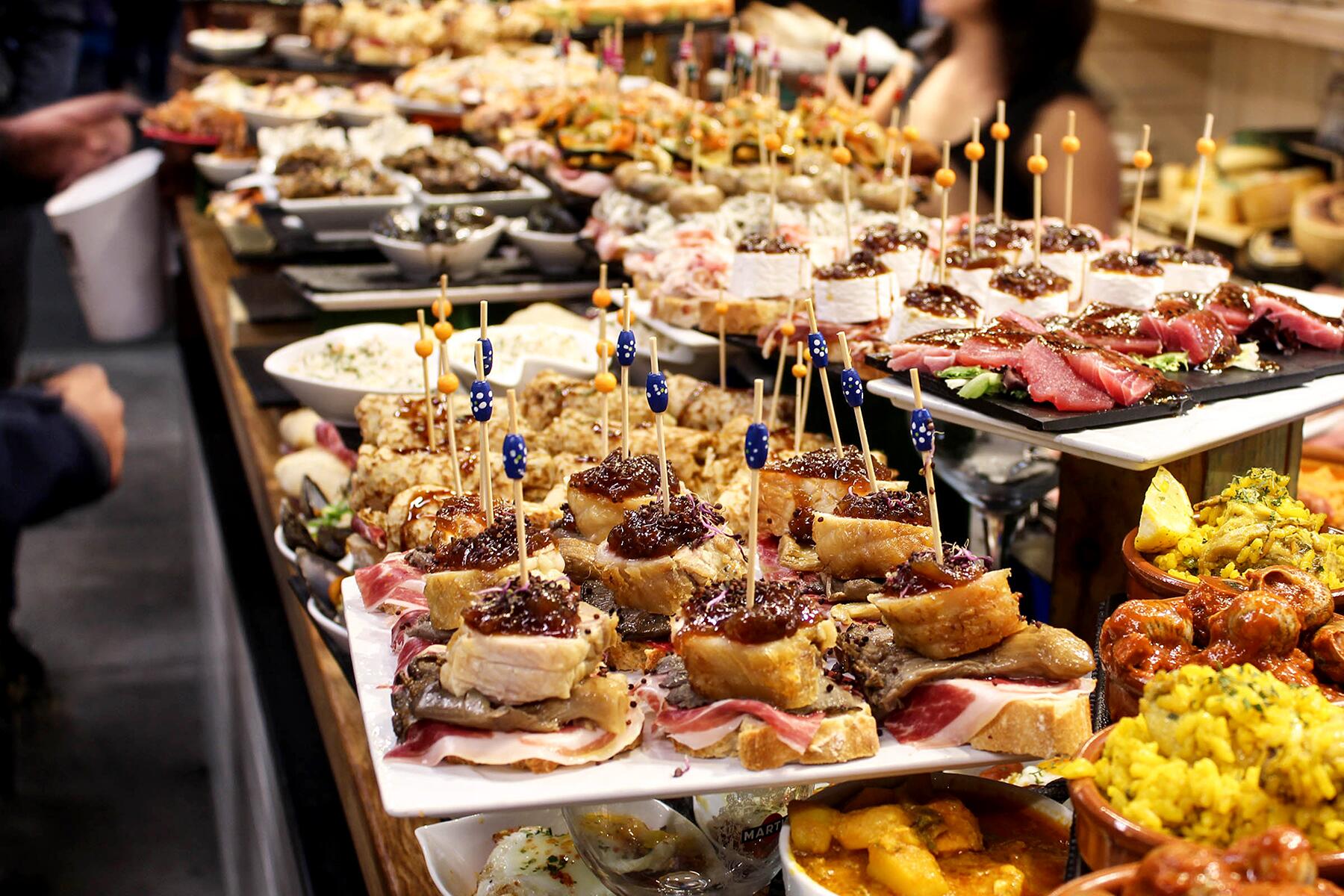 Delicious as it is, there’s a lot more to Spanish cuisine than paella. As with any country, Spanish recipes are strongly influenced by culture, tradition, and environment. In northwestern Basque Country the name of the game is pintxos (pronounced pinchos), which is that region’s version of tapas—numerous little bites, often on a toothpick, eaten alongside beer or wine. Vegetables are the main attraction in the Navarra region: look for Lodosa piquillo peppers, Tudela artichokes, and white asparagus. On the western border where Spain meets Portugal the greatest treasure is jamón ibérico, thinly sliced cured ham made from pigs fattened up on foraged acorns. In the Andalusian south—where they were invented—tapas reign supreme. Think about the region you’re in before you order. If you’re on the coast, fish is the way to go. If you’re inland, consider a dish made with meat. 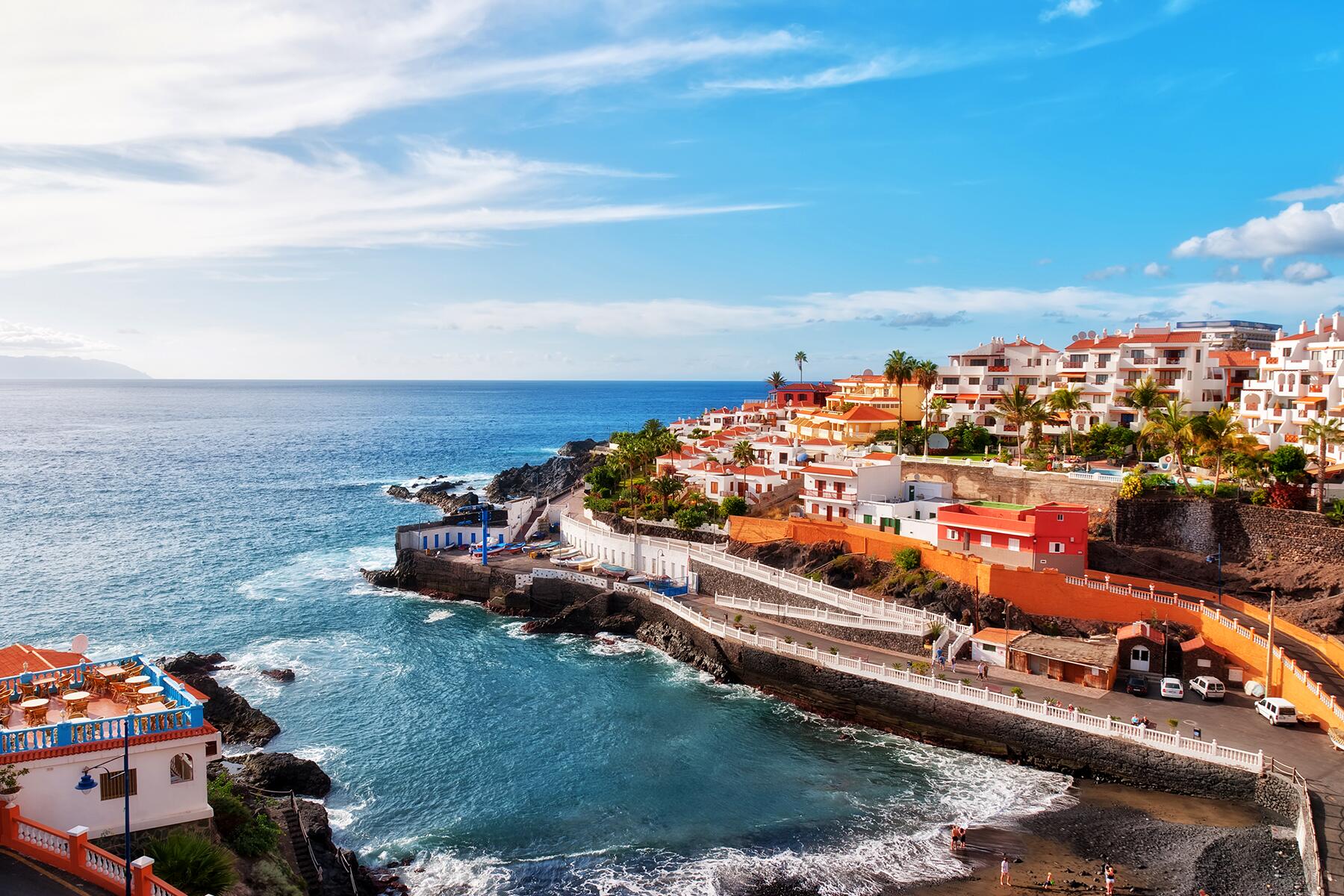 While most of Europe visits Spain for their beach holidays, the rest of the world is more interested in Spain’s vibrant cities, culture, and history. But if you find yourself on one of Spain’s gorgeous beaches surrounded by half- (or more likely, fully) naked beautiful people you’ll wonder why people don’t visit just for the beaches alone. Spain has a great many seaside towns that offer a range of popular and less-traveled stretches of sand. Even major coastal cities like Barcelona have beaches. Sure, they can be crowded but they’re still a major draw and certainly an added bonus if you’re already in a city and looking to catch some sun. If you’re looking for something truly special though, head to the Canary Islands, which are famous for their soft sands and clear, azure waters. 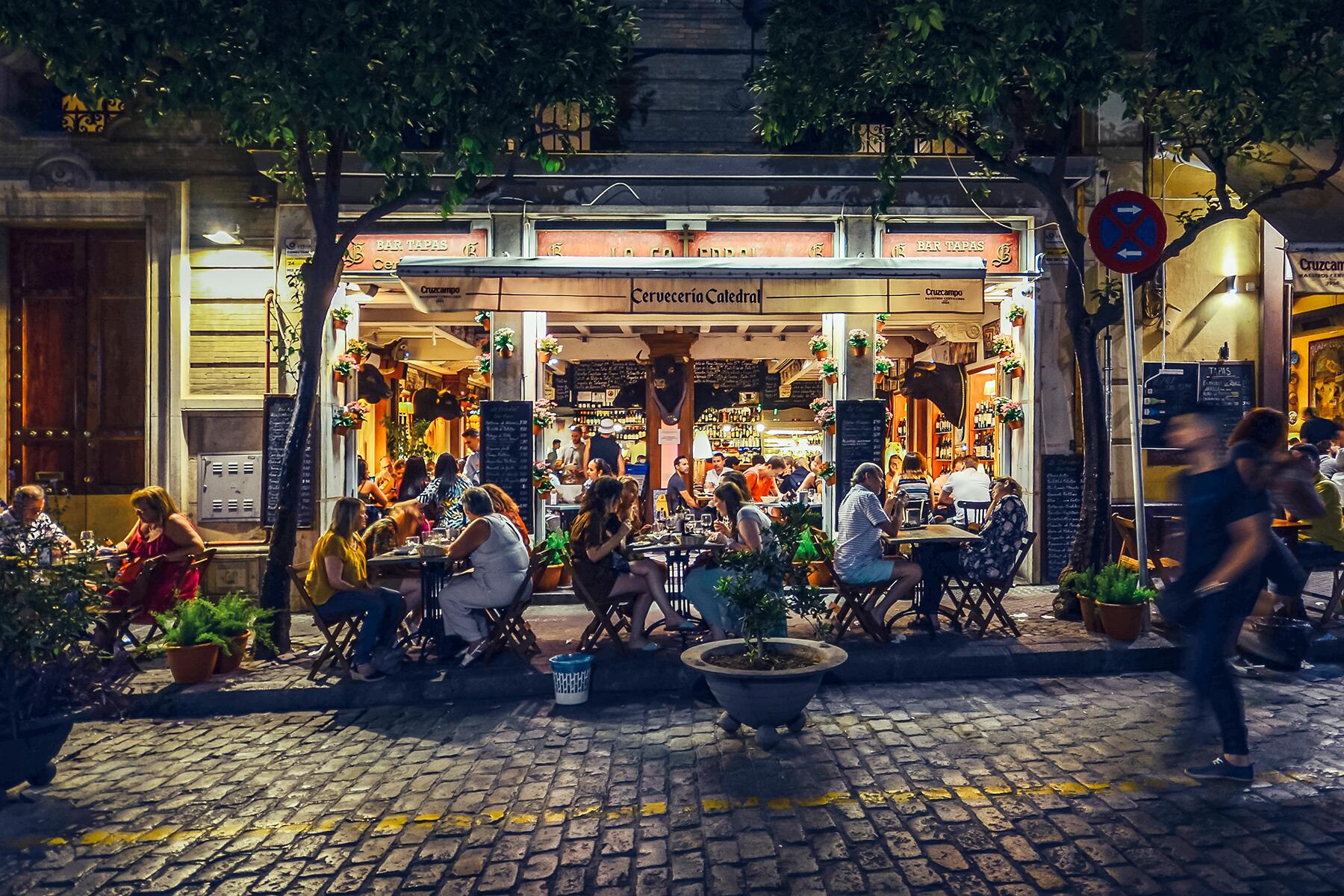 Tipping Isn’t Mandatory (Most of the Time)

Thanks to better worker protections than exist in the U.S., Spanish servers earn a living wage and don’t depend on tips to survive. Not only is this good for the servers, it’s also a nice bonus for people who like to eat in restaurants, as tipping generally isn’t mandatory. A nice custom in a casual restaurant is to round up your bill and leave the change, but even that isn’t expected and it certainly isn’t required. If you eat in a formal restaurant there is an expectation that you’ll tip, but the absolute maximum is still only 10%.