The architect who owns this 15th-century building transformed it into a hotel so distinctive that he received Spain's National Restoration Award for his preservation of original architectural elements, including barrel-vaulted brickwork, wooden ceilings, and the original pool. Opened in 2012, Casa Morisca is named after the term that was given to the Muslims who stayed on in Granada after the city came under Catholic rule in the late 1400s. Many of these Moriscos were artisans who decorated houses using materials and designs traditional to their culture, such as arches and wooden ceilings. Though the guest rooms aren't large, they have a heady Moorish feel as a result of their wonderful antiques and unique ceilings; some also have views of the Alhambra and Albayzín, and all have minibars and free Wi-Fi. (Even if you don't stay in it, ask for a look at the bridal suite, with its intricately carved and painted wooden ceiling.) The property has no full restaurant, but there is 24-hour bar service; enjoy your drink in the patio garden, which boasts views of the Torre de Comares. 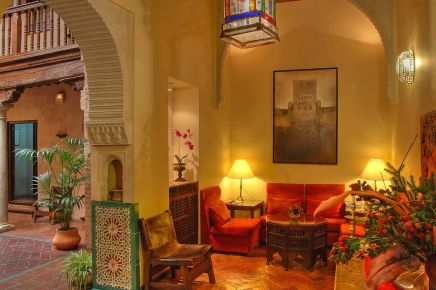 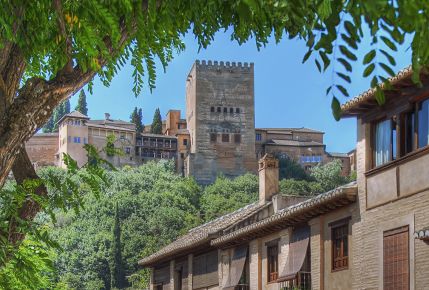 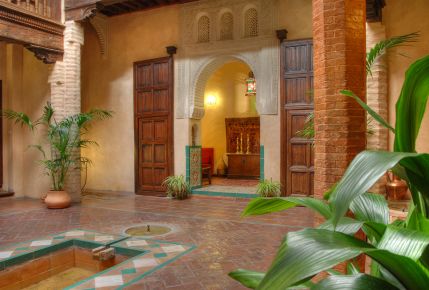