News Apeksha Bhateja India Is Experiencing a Brutal Heatwave. Here's Why It Matters to You 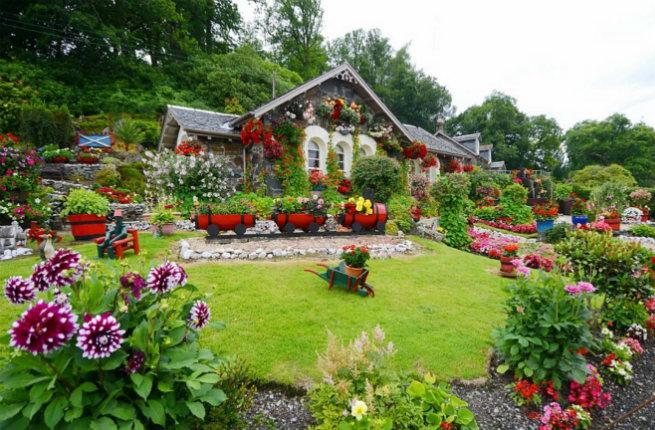 When Robert Burns, 75, moved into his cottage on the banks of Loch Lomond, in Argyll, Scotland, in 2000, the front yard was “a jungle.”
“An old woman of 90 was in the house and it was a bit of a mess,” said Burns. Sixteen years later, tourists are showing up by the carload to take selfies in front of his beautifully curated garden. The home has received so much attention it has been featured on magnets, coasters, and even jigsaw puzzles. Burns says that some sightseers even turn up in the middle of the night to take photos.
“They're here all hours of the day. Even at night I see cameras flashing and wonder, 'How can they take photos when it's dark?' But they do.”
Though tourists clamoring for pictures can cause traffic issues on the village street, neighbors aren't complaining.
“One neighbor said to me, 'You've built a monster tourist attraction' but they don't really bother. The old lady next to me is turning her garden into mine. They're happy to have people taking photos.”
PLAN YOUR TRIP: Visit Fodor's Guide to Scotland
Comments are Closed.
Community Guidelines
0 Comments