The Building of Edinburgh

Towering over the city, Edinburgh Castle was actually built over the plug of an ancient volcano. Many millennia ago, an eastward-grinding glacier encountered the tough basalt core of the volcano and swept around it, scouring steep cliffs and leaving a trail of matter. This material formed a ramp gently leading down from the rocky summit. On this crag and tail would grow the city of Edinburgh and its castle.

By the 12th century Edinburgh had become a walled town, still perched on the hill. Its shape was becoming clearer: like a fish with its head at the castle, its backbone running down the ridge, and its ribs leading briefly off on either side. The backbone gradually became the continuous thoroughfare now known as the Royal Mile, and the ribs became the closes (alleyways), some still surviving, that were the scene of many historic incidents.

By the early 15th century, Edinburgh had become the undisputed capital of Scotland. The bitter defeat of Scotland at Flodden in 1513, when Scotland aligned itself with France against England, caused a new defensive city wall to be built. Though the castle escaped destruction, the city was burned by the English Earl of Hertford under orders from King Henry VIII (1491–1547). This was during a time known as the "Rough Wooing," when Henry was trying to coerce the Scots into allowing the young Mary, Queen of Scots (1542–87), to marry his son Edward. The plan failed and Mary married Francis, the Dauphin of France.

By 1561, when Mary returned from France already widowed, the guesthouse of the Abbey of Holyrood had grown to become the Palace of Holyroodhouse, replacing Edinburgh Castle as the main royal residence. Her legacy to the city included the destruction of most of the earliest buildings of Edinburgh Castle.

Enlightenment and the City

In the trying decades after the union with England in 1707, many influential Scots, both in Edinburgh and elsewhere, went through an identity crisis. Out of the 18th-century difficulties, however, grew the Scottish Enlightenment, during which educated Scots made great strides in medicine, economics, and science.

Changes came to the cityscape, too. By the mid-18th century, it had become the custom for wealthy Scottish landowners to spend the winter in the Old Town of Edinburgh, in town houses huddled between the high Castle Rock and the Royal Palace below. Cross-fertilized in coffeehouses and taverns, intellectual notions flourished among a people determined to remain Scottish despite their Parliament being dissolved. One result was a campaign to expand and beautify the city, to give it a look worthy of its future nickname, the Athens of the North. Thus, the New Town of Edinburgh was built, with broad streets and gracious buildings creating a harmony that even today's throbbing traffic cannot obscure. 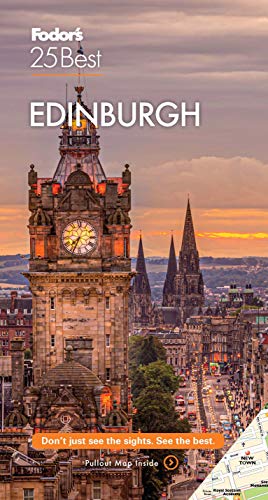