The Joys of Drinking Speyside Whisky at the Source

Now more than ever, the world is in the midst of a whisky craze, with distilleries all over the world finding it nearly impossible to keep up with growing demand. No category of whisky is more prized than single malts, and within that category, the best of the best is single malt Scotch whisky. If you want to drink Scotch, well, you can do that anywhere. If you want to learn about it, to truly understand what makes it liquid gold, then you need to go to Scotland, where whisky is a source of passion and pride, nothing short of a national treasure. 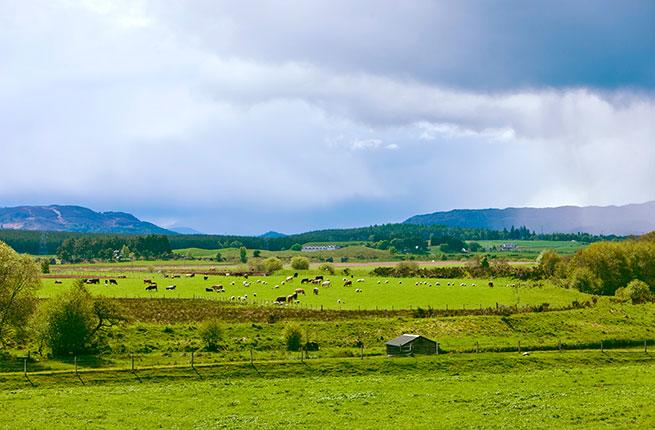 There are whisky distilleries all over the country, but first-timers are best off visiting the valley of the River Spey, where so-called Speyside whisky is made. (To get here, it’s a beautiful 90-minute drive from Aberdeen, which is easily accessible by train from Glasgow, Edinburgh, and London.) The region is home to many fine distilleries—Aberlour, Glenlivet, Macallan—which is why you’ll find the Malt Whisky Trail here. If you have the time, by all means visit all nine stops along the trail. If your time is limited, then you’ll want to head straight to Dufftown, sometimes called the malt whisky capital of the world. 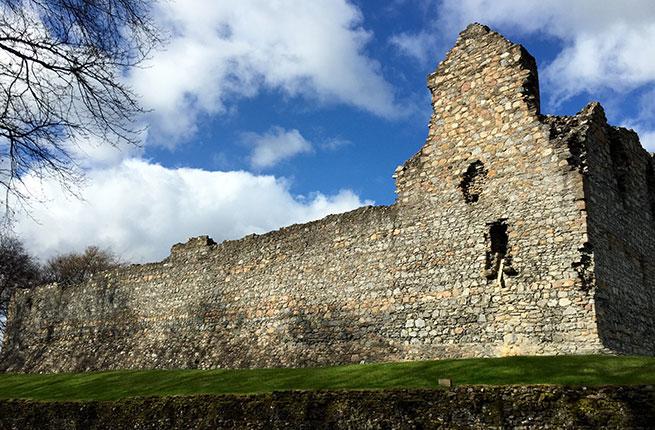 Dufftown is a small, simple burgh surrounded by stunning heather-clad hills, and the purity of the landscape makes it immediately apparent why some of the world’s finest whiskies are produced here, primarily by two of the biggest names in the business: Glenfiddich (pronounced “glenfiddick”) and The Balvenie. Founded in 1886 by William Grant, Glenfiddich, which translates to “valley of the deer,” is the world’s most awarded and best-selling single malt Scotch whisky; The Balvenie, founded in 1892 by William Grant, is the last distillery in the Scottish Highlands producing single malts in the old-fashioned, start-to-finish handmade method. Sitting side by side, these sister properties provide an comprehensive education about the world of single malts. 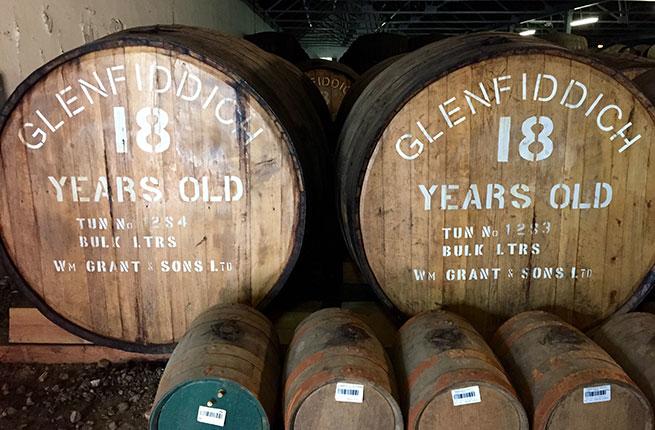 Many visitors stop first at the Glenfiddich Distillery, where the first spirit flowed from the copper stills on Christmas Day in 1887. Glenfiddich has been producing whisky in the same way since then, but the company is notable for essentially inventing the market for single malt Scotch whisky in 1963; prior to that year, most of the whisky that was sold around the world was blended from various sources. Under legal regulations, single malt Scotch whisky is made exclusively from malted barley, produced in pot stills at a single distillery, and aged for a minimum of three years in oak casks. Blended whisky, on the other hand, is a combination of spirits made at different distilleries. Much as wine enthusiasts focus on terroir, single malt fans love this type of whisky specifically for the unique characteristics each bottle exhibits in color, aroma, and taste, individual qualities that might get muted in a blended whisky. 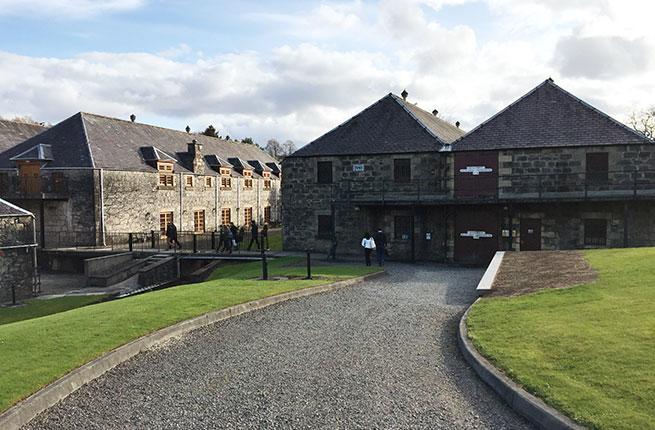 You can learn all this and more if you sign up for one of Glenfiddich’s three tours. For beginners, the Explorers Tour (£10 per person) offers a 90-minute crash course in the history of this family-owned company and the production of single malt whisky, from barley to mash to spirit to cask. After walking through the mash house, still house, and to warehouses, tour guests sit down for a guided nosing and tasting of four whiskies. The Glenfiddich Solera: Deconstructed tour (£50 per person) focuses specifically on the 15-year Solera whiskies, and gives tour guests the opportunity to taste four whiskies of this age and create their own blend to keep. Finally, the four-hour Pioneers Tour (£95 per person) is designed for experienced whisky enthusiasts, and includes a 200 mL bottle filled from one of four casks, followed by a tasting of five of Glenfiddich’s finest offerings, served with canapés. 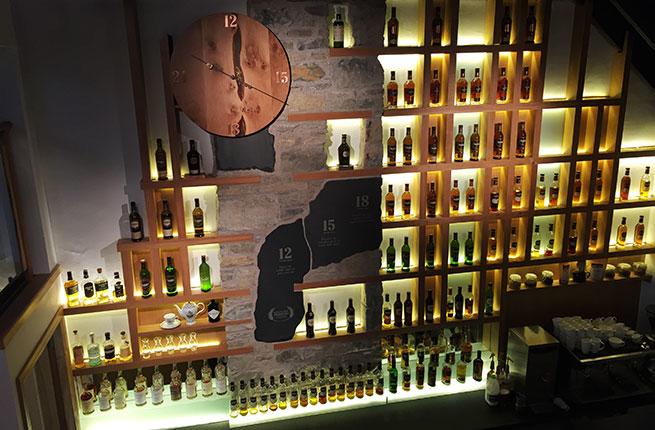 Regardless of which tour you select, you’ll learn a great deal, including why Glenfiddich has unusually shaped stills, the meaning of terms like “angel’s share” and “devil’s cut,” and how the water source in the Robbie Dhu springs creates a superior finished product. You might also learn about Glenfiddich’s limited-edition releases of unique whisky expressions. For example, the Rare Collection is a series of one-of-a-kind whiskies that can never be reproduced. Last December saw the release of Glenfiddich 1978 Rare Collection, a single-cask release that yielded fewer than 150 bottles, each priced at $3,500. That Glenfiddich is able to produce such unique expressions, and that there is a hungry market for these special releases, speaks to its position at the top of the single malt game. 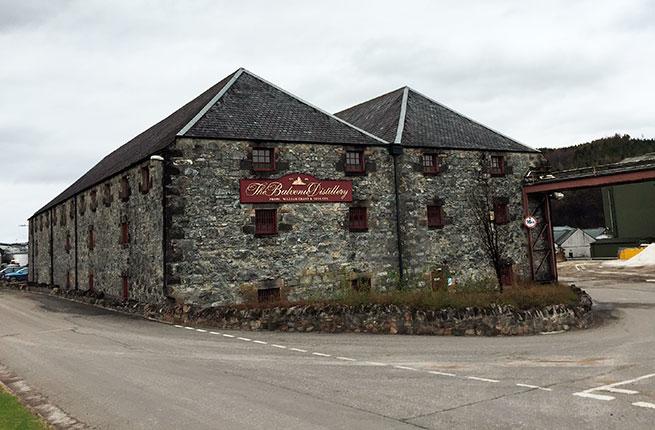 A trip to The Balvenie Distillery features many of the same delights, only you’ll learn how this property is committed to tradition in a way few others are. Unlike Glenfiddich, which purchases its malted barley, The Balvenie employs a process known as floor malting to prepare locally grown barley for production. Of the 100 or so whisky distilleries in Scotland, The Balvenie is one of six that still has a malting floor. The distillery’s three-hour tour (£35 per person) takes visitors through the malting, mashing, fermenting, and distilling processes, concluding with a five-malt tasting. Also in accordance with tradition, the distillery maintains its own cooperage, where workers build and mend casks as needed; you’ll see the fruits of their labor during the tour.   There are only nine tours per week, each capped at eight people, and none on weekends, so booking in advance and planning your visit on the right day are essential. For an additional £25, visitors can also bottle their own Balvenie after the tour. 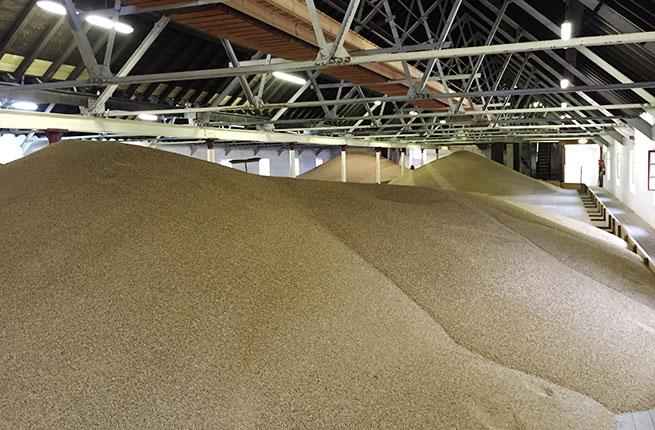 Having had your fill of liquid gold, make sure you don’t ignore the other sights. The beautiful landscape practically begs to be explored, and the ruins of 13th-century Balvenie Castle sit a short walk away from the distilleries. And don’t miss lunch at the Glenfiddich’s Malt Barn, where you can bravely taste Scotland’s traditional dish of haggis, potatoes, and turnips. Afterward, take a seat at the bar, which pours the largest selection of Glenfiddich whiskies in the world, including one from 1958 that costs £1,250 a dram. You’ll also find edible treats such as whisky-infused honey and fudge that make great gifts and reminders of your newly acquired whisky expertise.

If you'd like to stay in Dufftown, the 19th-century Fife Arms is your best bet rather than the town's B&Bs. If you're willing to go farther afield for something special, the Castle Hotel is a charming old estate just 20 minutes away. Only 10 minutes away, The Craigellachie Hotel is a posh property with a whisky bar featuring more than 750 bottles of single malts.