Where to find the ghosts of Romanovs past.

The story is tragic: how the handsome tsar Nicholas II, his wife tsarina Alexandra, and their five beautiful children, got caught up in Russia’s national affairs of the late 1910s that resulted in their executions. Intrigue verging on the obsessive has swirled around their demise ever since. Maybe it’s the couple’s undying love for one another (hello, Fabergé eggs), the struggles with their hemophiliac son and heir to the throne, the influence of the Mad Monk Rasputin, or the rumors of at least one child, Anastasia, surviving. Whatever it is, there are still remnants of their lives in St. Petersburg that entice us with glimpses into the life and times of this ill-fated family. It’s enough to send chills down your spine. 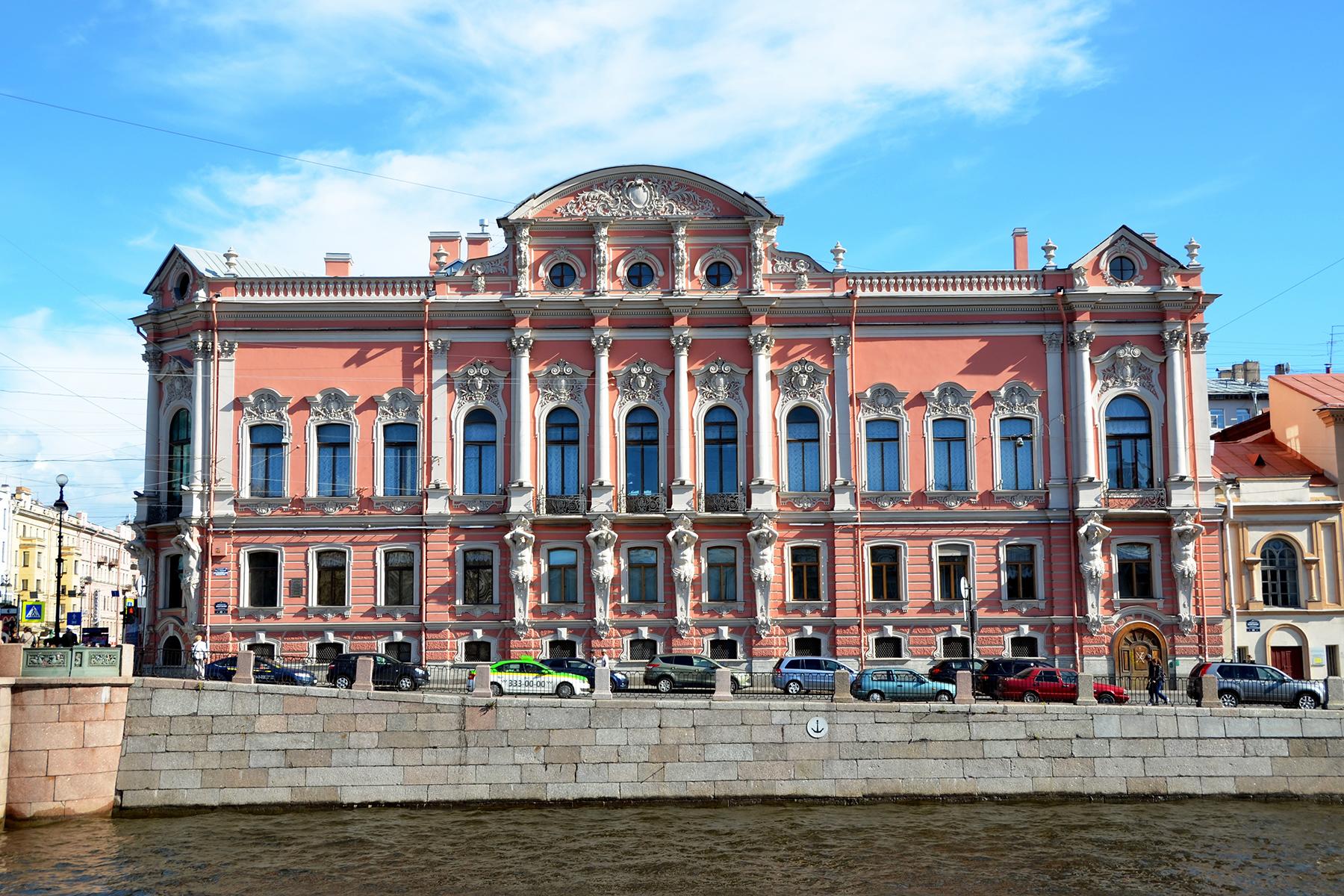 Superstar architect Francesco Bartolomeo Rastrelli is responsible for the baroque refinement of this elaborate palace on Nevsky Prospekt. Once a gift of Catherine the Great to her favorite lover, it’s where Nicholas spent his childhood years and his favorite place to stay in St. Petersburg as an adult (much cozier than that Winter Palace). Today it’s the St. Petersburg City Palace of Youth Creativity, with a small museum that’s sometimes open for tours. 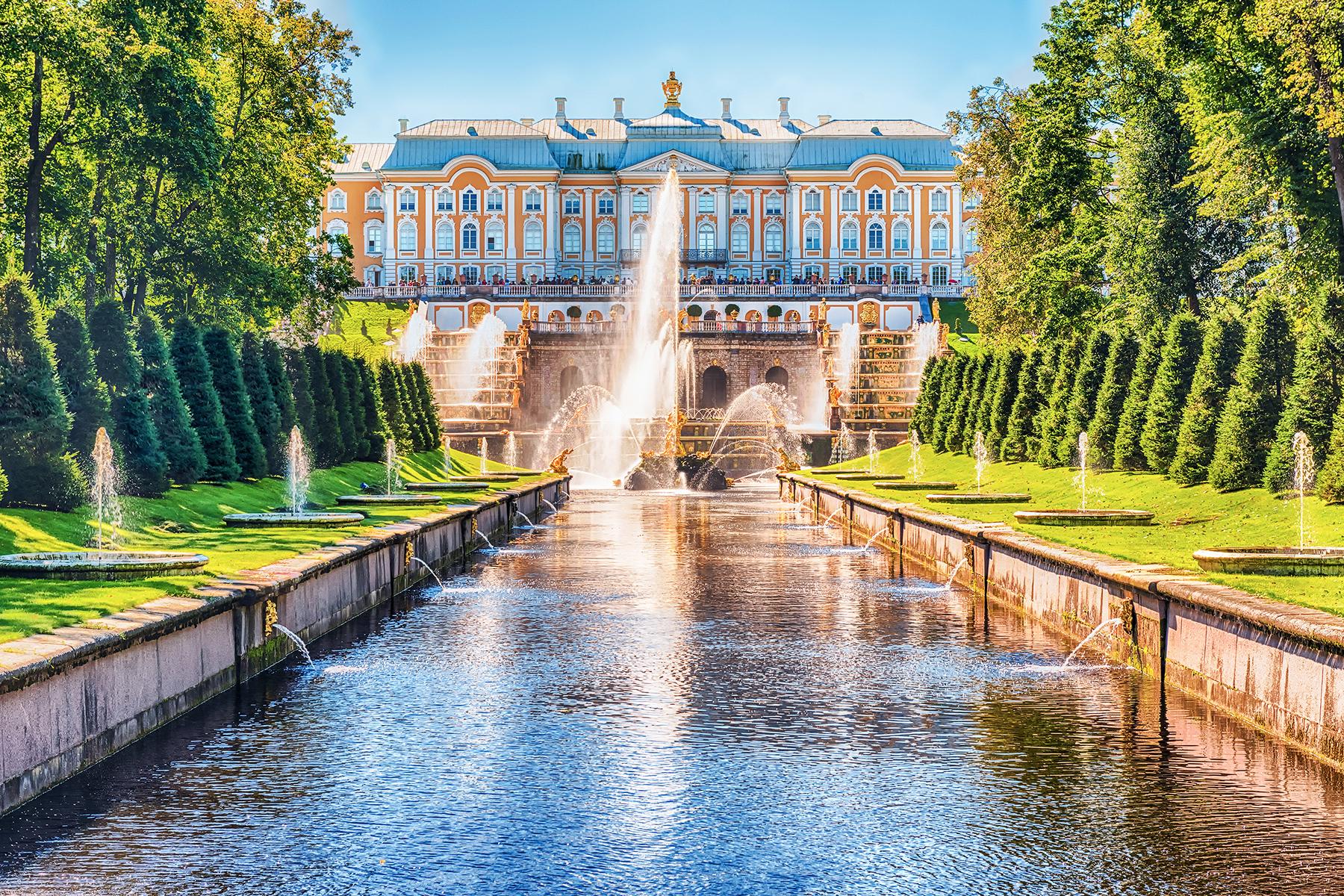 Tsar Peter I built Peterhof on the Gulf of Finland in the early 18th century, and this lavish shrine to baroque architecture soon became known as the Russian Versailles. Nicholas II and Alexandra spent many summers at the Lower Dacha on the property, which he greatly expanded to a proper, tsar-size residence. “The pride and joy of the whole house is the proximity to the sea!” the tsar proclaimed upon moving in. And you can imagine the family playing and enjoying the Baltic breeze in more carefree times. Alas, Lower Dacha suffered much damage during WW2 and it was finally destroyed in the 1960s. The former Royal Stables still survive, with shell damage evident. And there is talk of at least partially reconstructing the building. 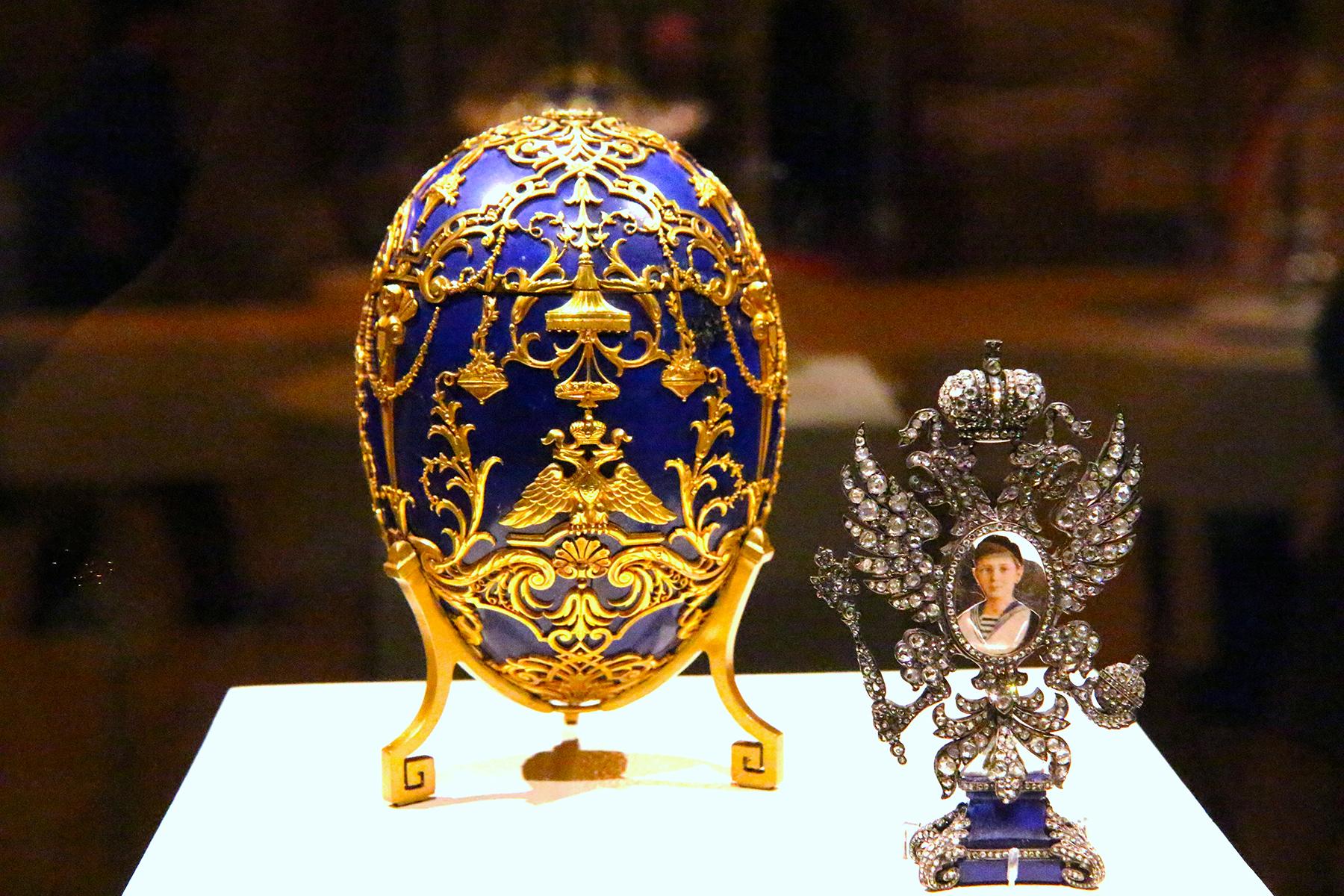 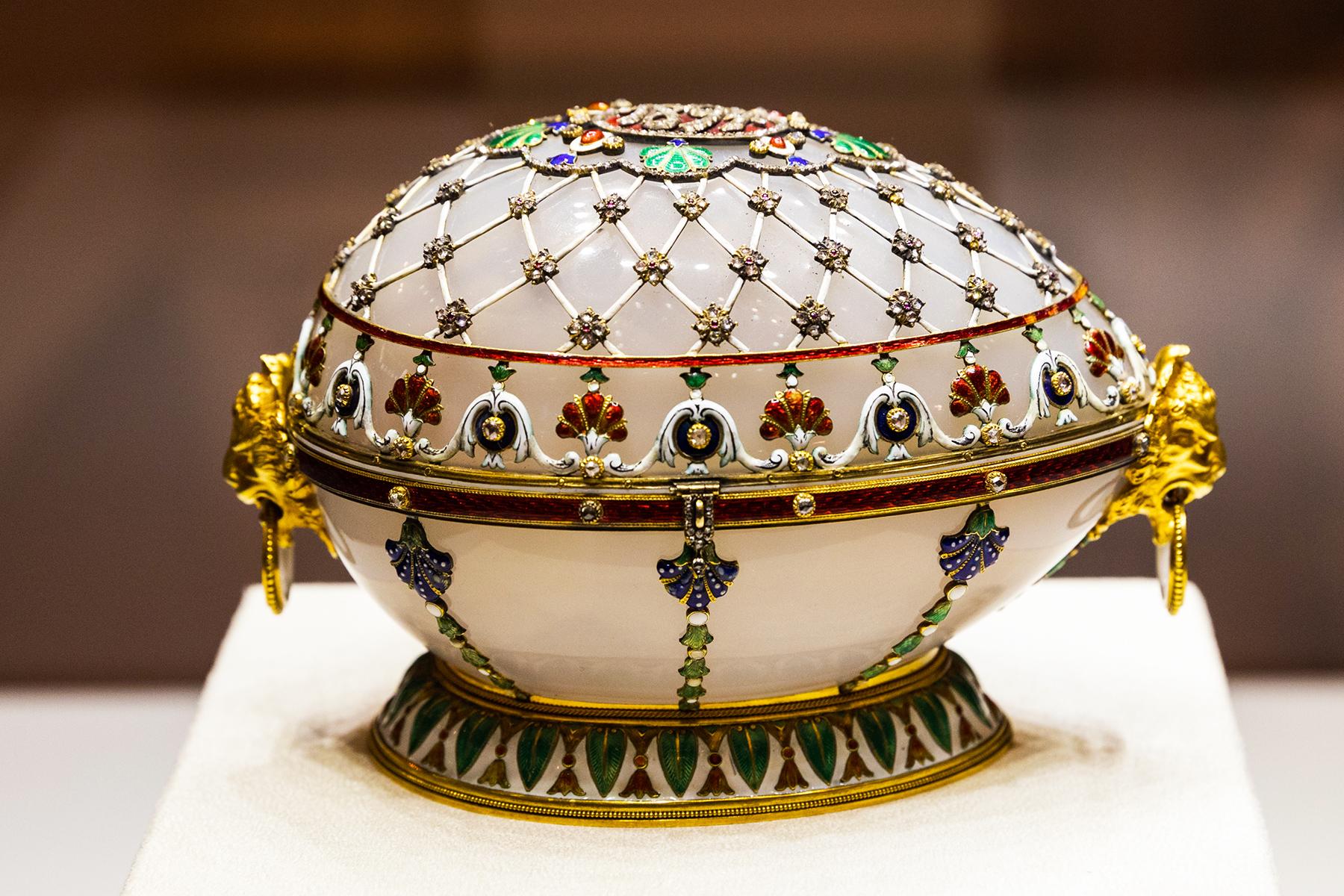 First of all, Shuvalov Palace is one of the city’s most beautiful palaces, but that’s not the main reason to come here. No, the reason to visit is to see the world’s largest collection of master jeweler Carl Fabergé, including nine exquisite Imperial Easter eggs. Alexander III started the egg tradition, and his son, Nicholas II, picked it up after his death, presenting (Nicholas’ mother) and Alexandra with exquisite, jewel-encrusted eggs, most with a tiny surprise inside. Among the ones you’ll see here: the Fifteenth Anniversary egg (a mini photo album with handpainted scenes of Nicholas and Alexandra’s reign), and the Lilies of the Valley egg (with the delicate flowers created from pearls). 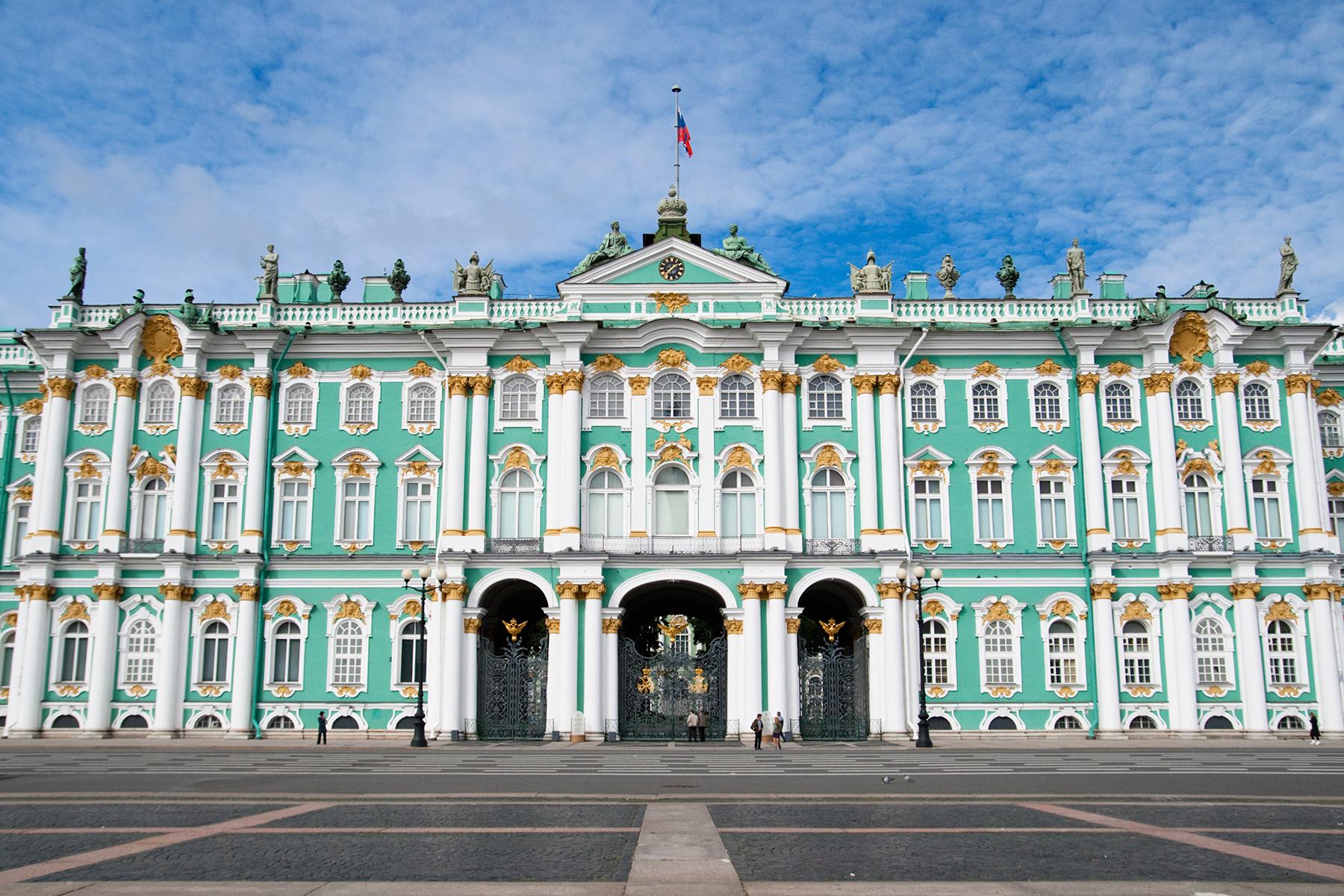 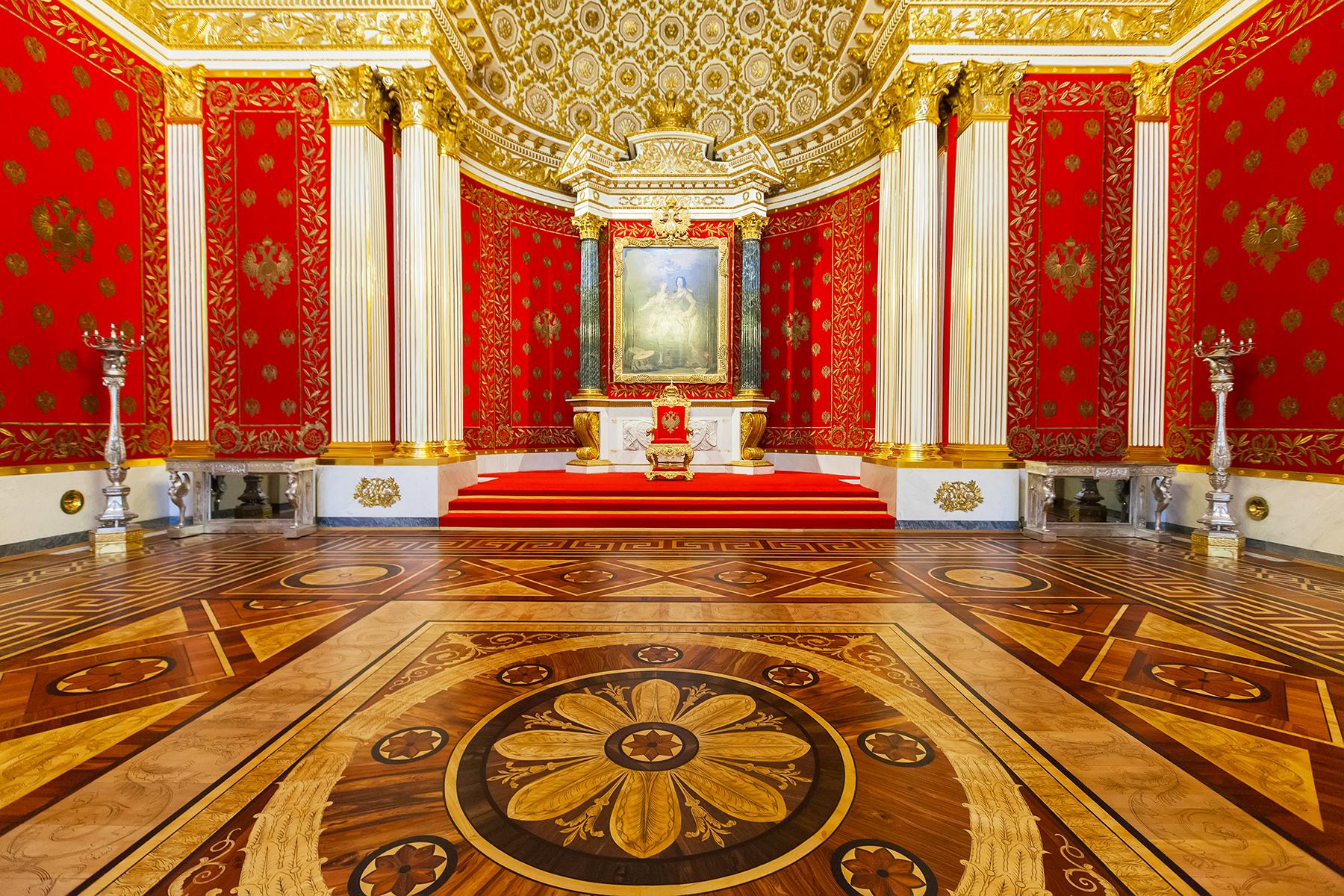 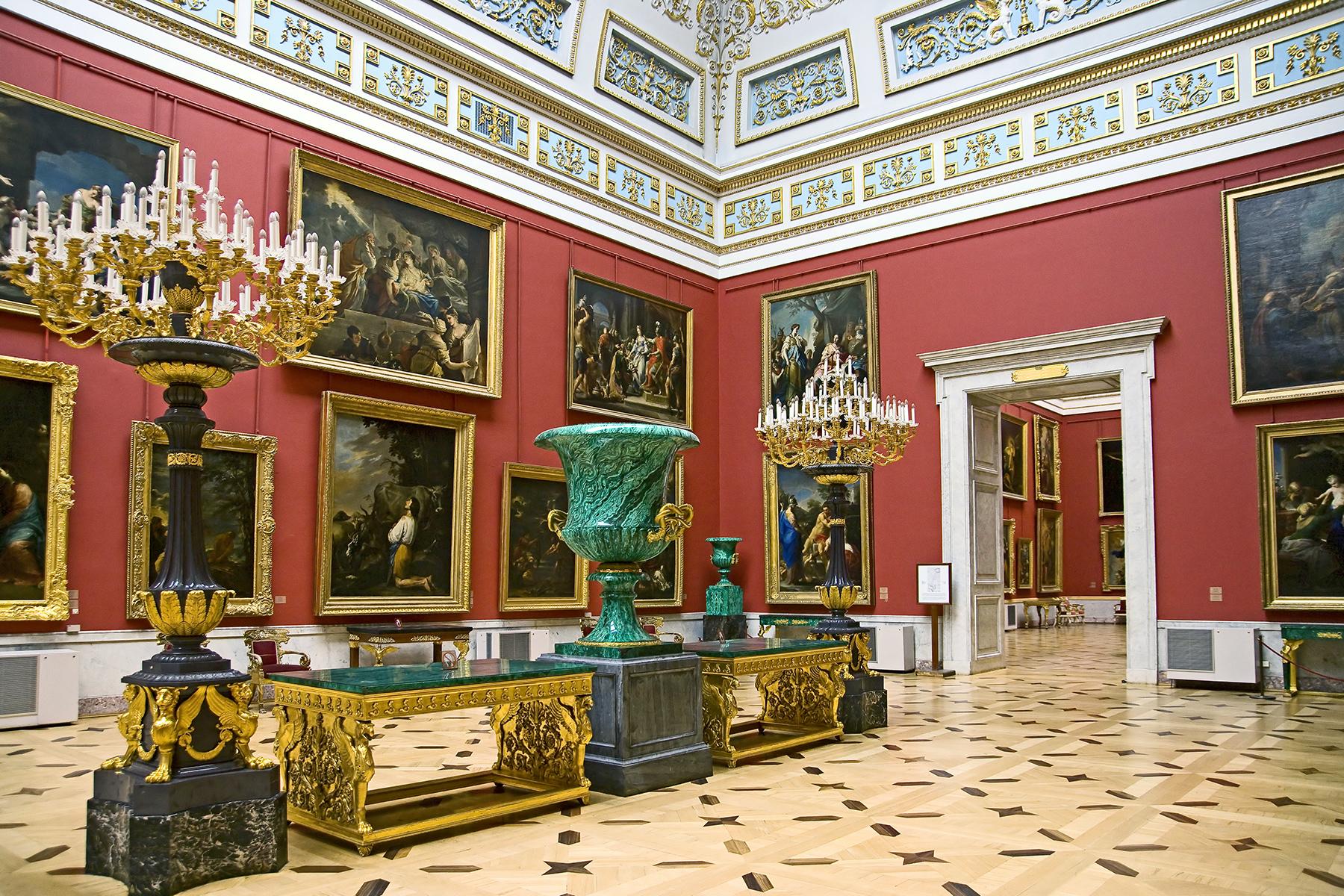 PHOTO: Starper | Dreamstime.com
Previous Next
4 OF 10

Of course we have to mention the Winter Palace, the home of Romanov rulers in the heart of St. Petersburg for two centuries. This grandiose palatial residence comprises some 1,500 rooms, 117 staircases, 1,945 windows, and 1,786 doors; it’s twice as long as Buckingham Palace’s public facade. Nicholas II and Alexandra lived here after he succeeded to the throne in 1894. The only room that gives a hint of their life here, however, is the library of Nicholas II, with its coffered walnut ceiling, monumental fireplace and English Gothic motifs. All other rooms contain other exhibits—though ceiling paintings, gilded woodwork, and shining parquet floors still allude to its former extravagance. The beginning of the Romanov’s end came with Rasputin’s murder in 1916. He was the peasant-priest who had wiggled his way into becoming an influential adviser to Alexandra, and therefore Nicholas II, a fact that disturbed some noblemen. Disturbed them so much, in fact, that they murdered him in the basement of Yusupov Palace. Rasputin’s death did not come easy—they poisoned him, shot him twice, beat him with a rubber club, and … nothing. They finally threw him in the River Neva, where the Mad Monk finally died of hypothermia. Today the palace is a museum, with the basement rooms where Rasputin lived out his last hours restored to those times, down to the wax figure of Rasputin enjoying his last meal. 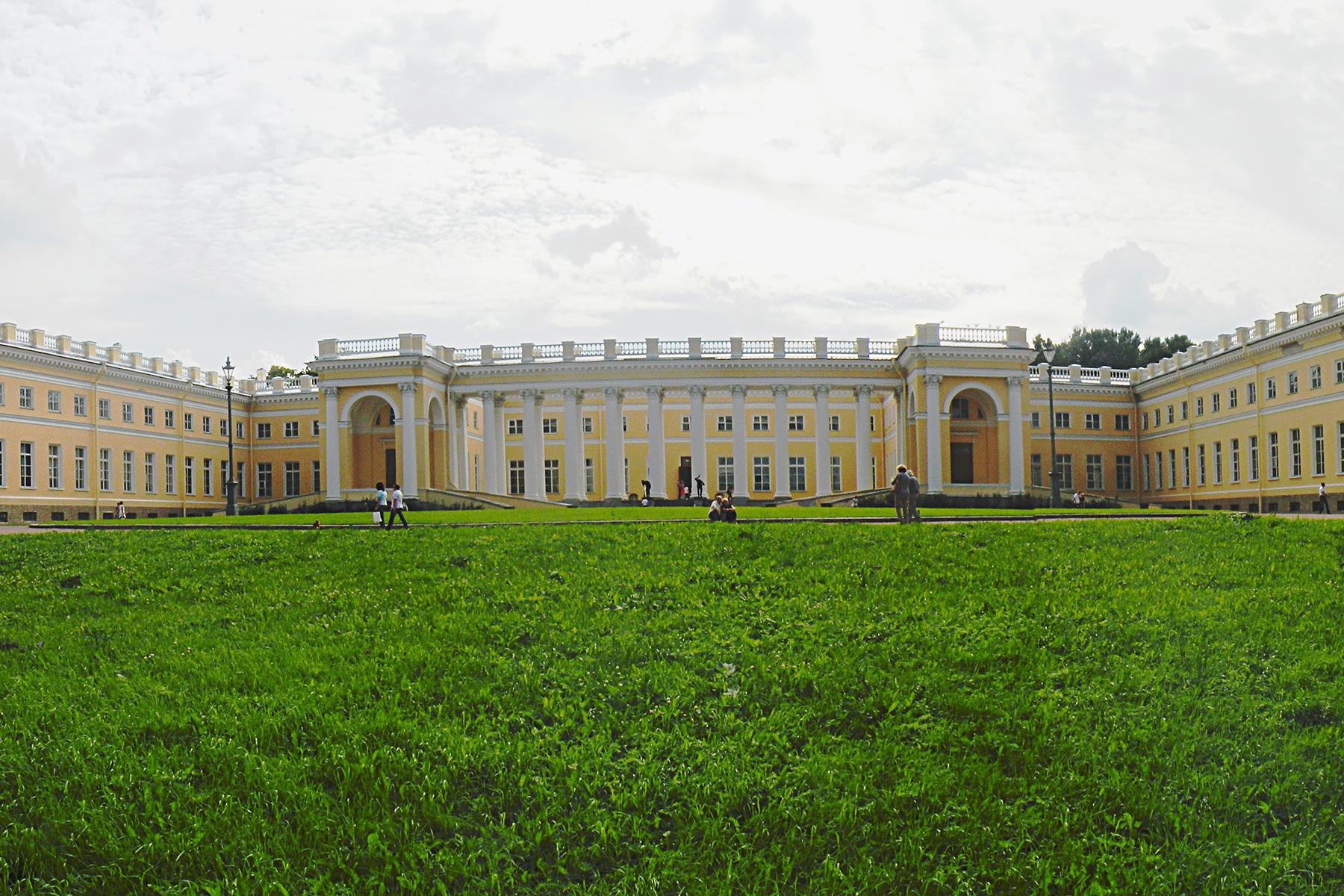 The palace is a modest affair, at least in terms of royal housing. That said, with its abundance of personal items—picture frames, clothing, toys—there are few other places where you get such a tangible feel for the life and times of the last tsar and his family. Nicholas II was born here in 1868. And after the 1917 Revolution, he moved his family here from the Winter Palace, thinking it was safer. They added modern amenities such as phones, an elevator, and a screening booth for movies. After he abdicated, on March 15, 1917, he was placed under house arrest, and the house became a veritable prison. It was from here that the family left for exile and ultimately their demise. So, it was here that they enjoyed their last tastes of freedom.

INSIDER TIPThe house is closed for a major renovation, due to reopen in 2018 upon the centennial of the death of the tsar and his family. 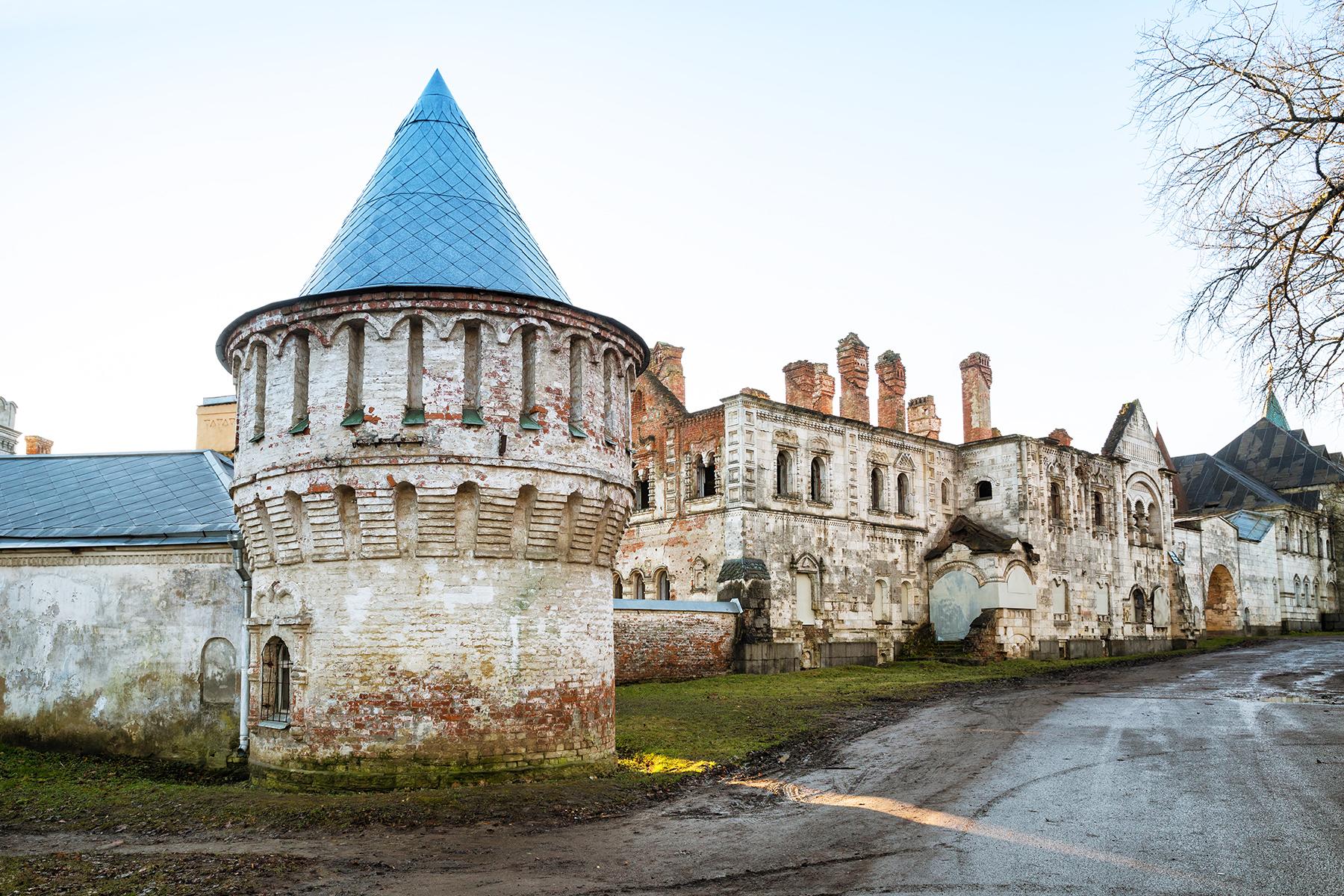 Nicholas II built this pseudo-town next to Alexander Palace as an ode to his love of Russian architecture. When the family resided at nearby Alexander Palace, this is where they came for church at Feodorovsky Cathedral. Empress Alexandra and her two oldest daughters served as nurses at the hospital here. The buildings are empty now and overgrown, but you can hear whispers of the past. And there’s talk of restoration. 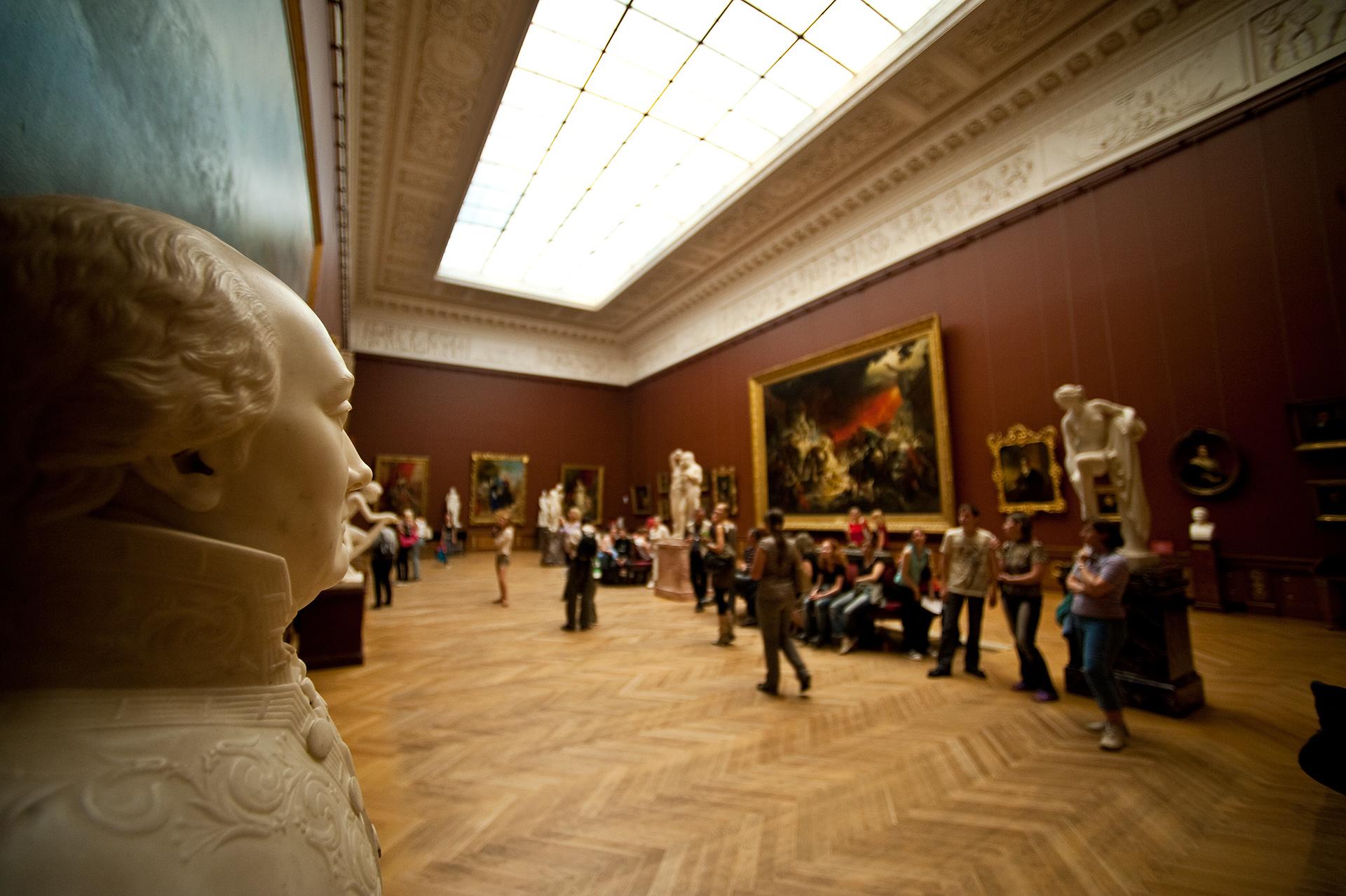 A stunning, lifelike portrait of Nicholas II hangs in the Mikhailovsky Palace, showing him at the height of power in 1896. You feel as if you’re standing there, face to face, taking in his sky-blue eyes, his confident stance. Nicholas II bought this palace to house the Alexander III Russian Museum in honor of his father—now it’s the State Russian Museum.

INSIDER TIPYou can see this room on the museum’s website. 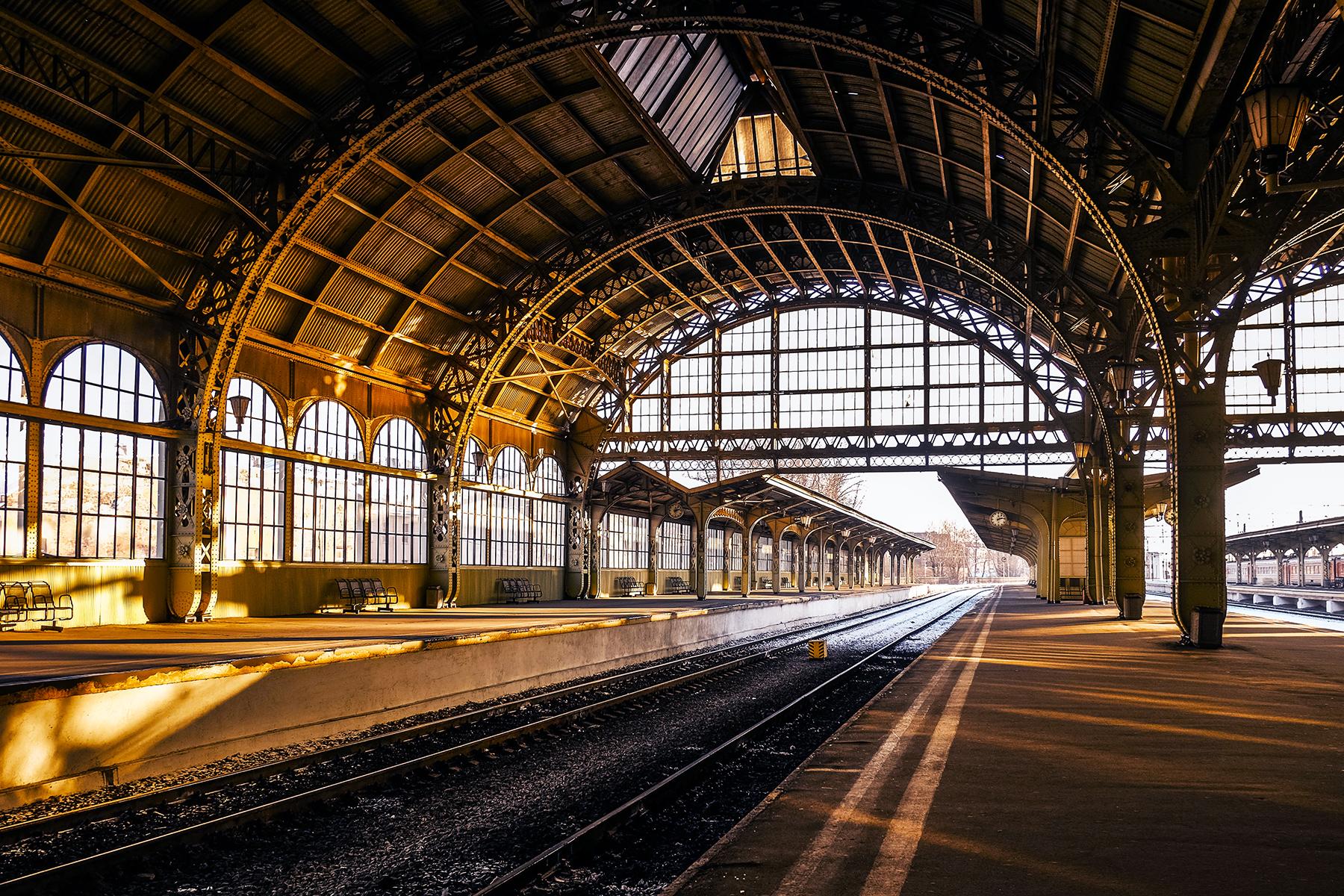 A lingering hint of Imperial Russia, Vitebsky Station is an art nouveau gem dating from 1904. It was from these embellished rooms, with their detailed wall panels that tell the story of Russia’s first railway, shining mirrors, cast-iron tracery arches, and enormous stained-glass windows, the Romanov family would embark to their family residence at Tsarskoe Selo. It still functions as a train station. 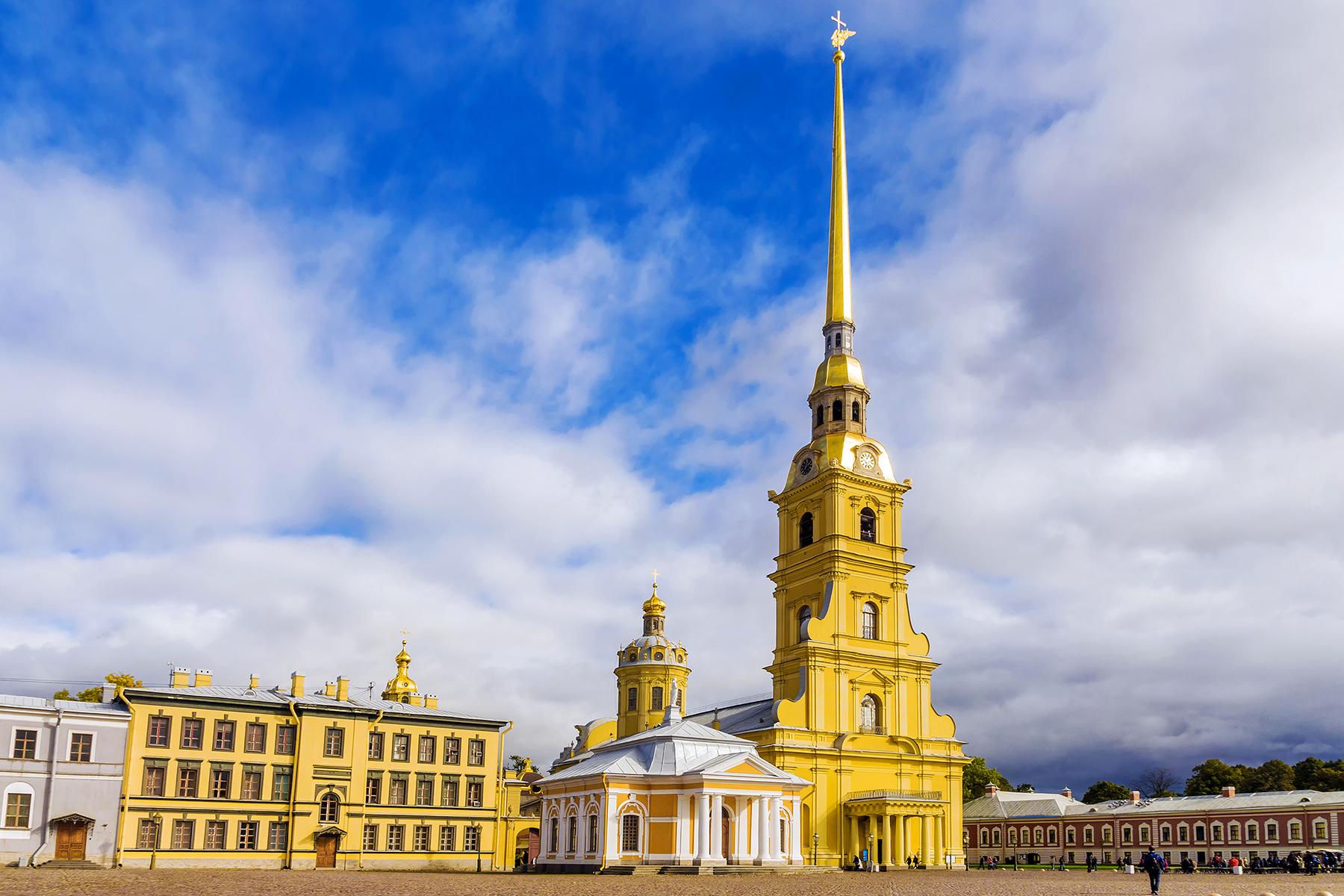 After being shot in 1918 and doused with acid, the bodies of Nicholas II and his family were dumped into a pit in the Ural Mountains. The location was kept top secret until the collapse of the Soviet Union, when Boris Yeltsin ordered their exhumation in 1991. Finally, in 1998, the family was buried at Saints Peter and Paul Cathedral, the city’s oldest landmark and the final resting place of generations of Russian emperors and empresses. Everyone is together again—everyone, that is, except son Alexei and daughter Marie. Their bodies were never found.