It might not always be what it seems in the stunning city of St. Petersburg.

Russia has long held a curious fascination on our collective minds, feeding us stories of mystery, intrigue, and espionage. And in the middle of it all, St. Petersburg (alternately called Petrograd and Leningrad in the past) has experienced its fair share of captivating affairs. Here are seven places where stories of intrigue run deep in this otherwise gilded, aristocratic city on the Neva River. 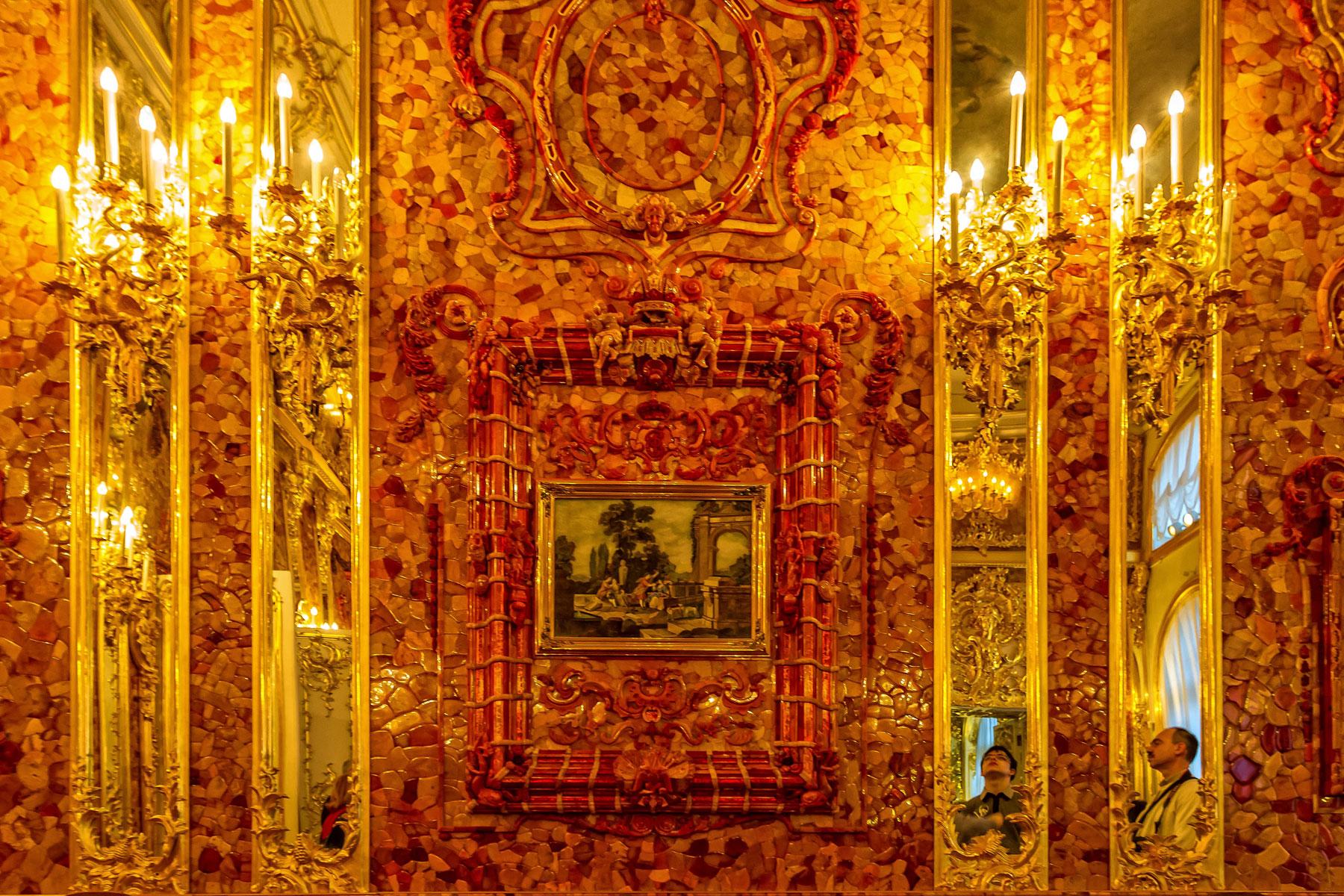 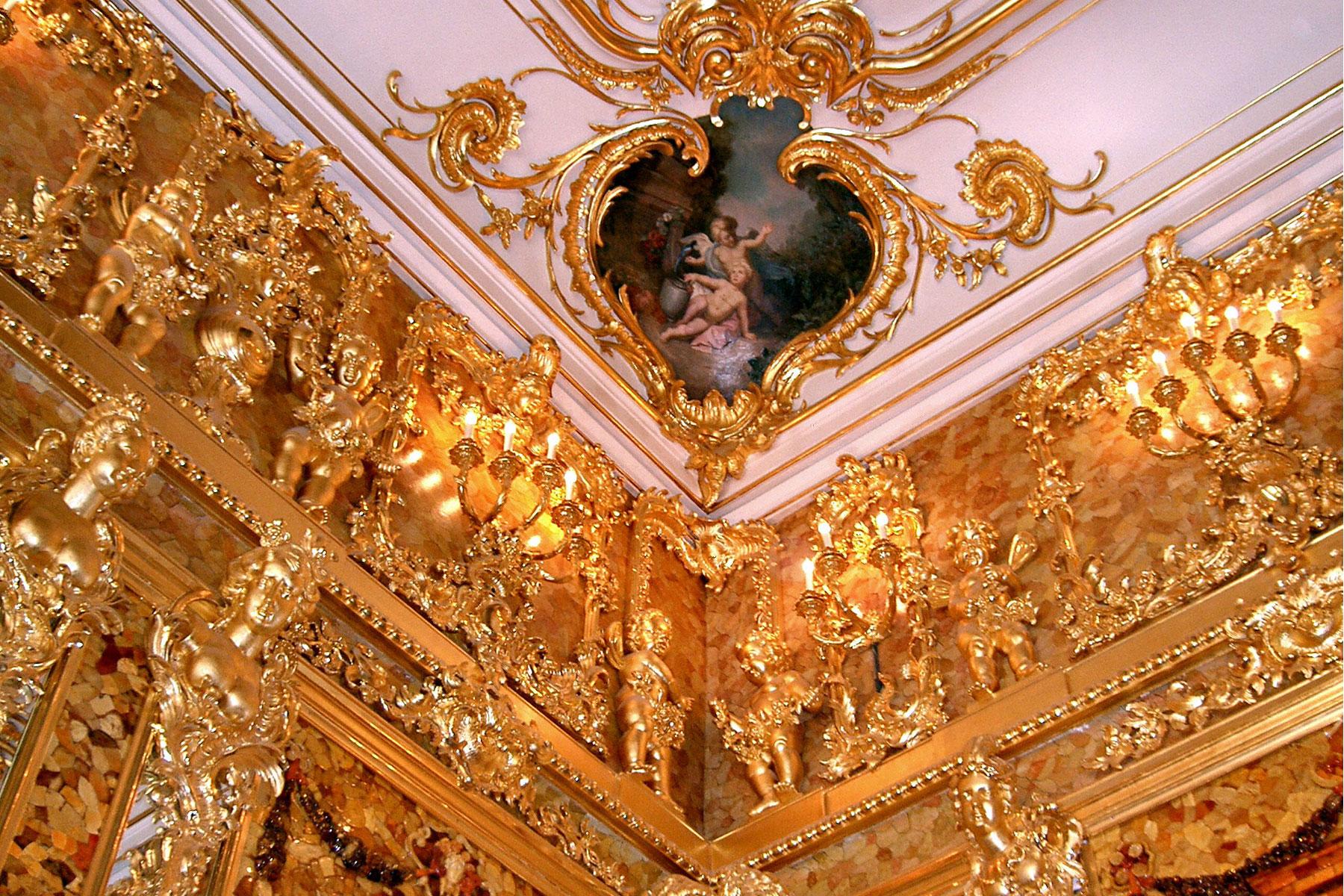 Amber Room: The Disappearance of an Entire Room

It’s simply stunning, this glistening, amber-swathed room at Catherine Palace containing more than 6 tons of precious stone. Gilded friezes, mirrored pilasters, and Florentine mosaics add to the effect. Installed here in 1755, the Amber Room epitomizes the wealth and grandeur that made the royal Russian capital of St. Petersburg one of the world’s most beautiful cities. Except … it’s a replica. You see, the real one disappeared during World War II. Palace officials tried to save the inlaid stones from the invading Nazis by covering the walls with wallpaper, to no avail. The room reappeared briefly at Köningsberg’s castle, and then disappeared, perhaps destroyed by allied bombs. Others say the gems that made up the walls were loaded on a ship in boxes, only to sink to the bottom of the Baltic Sea. We’ll probably never know. 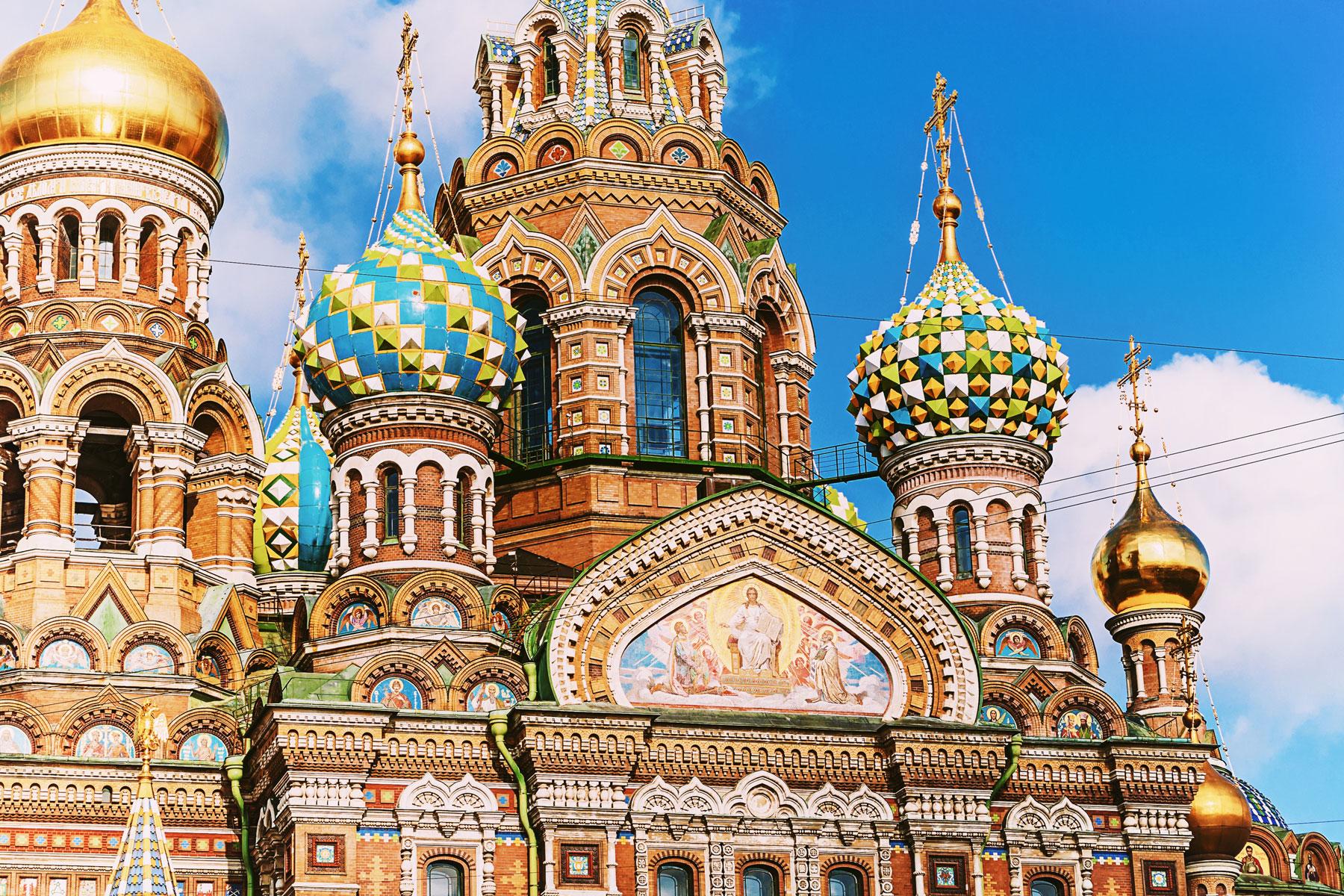 Church of Our Savior on Spilled Blood: The Assassination of Emperor Alexander II

Emperor Alexander II was not a bad ruler. He abolished serfdom in Russia, for goodness sake. But some people don’t like change, so in 1881, members of the revolutionary Narodnaya Volya (“the people’s will”) decided to assassinate him. He survived the first bomb attack on his royal carriage. Alas, a second terrorist threw a device at close range, killing them both. The imperial family and thousands of private donors built this magnificent Russian Orthodox edifice in Alexander’s memory, with its gilded, onion-domed roof. Inside, mosaics in intricate designs cover more than 75,000 square feet—allegedly more than any other church in the world. All this to honor the site where the emperor met his demise. A fragment of the stone sidewalk where he collapsed is preserved, with an elaborate, gem-encrusted ciborium overhead. 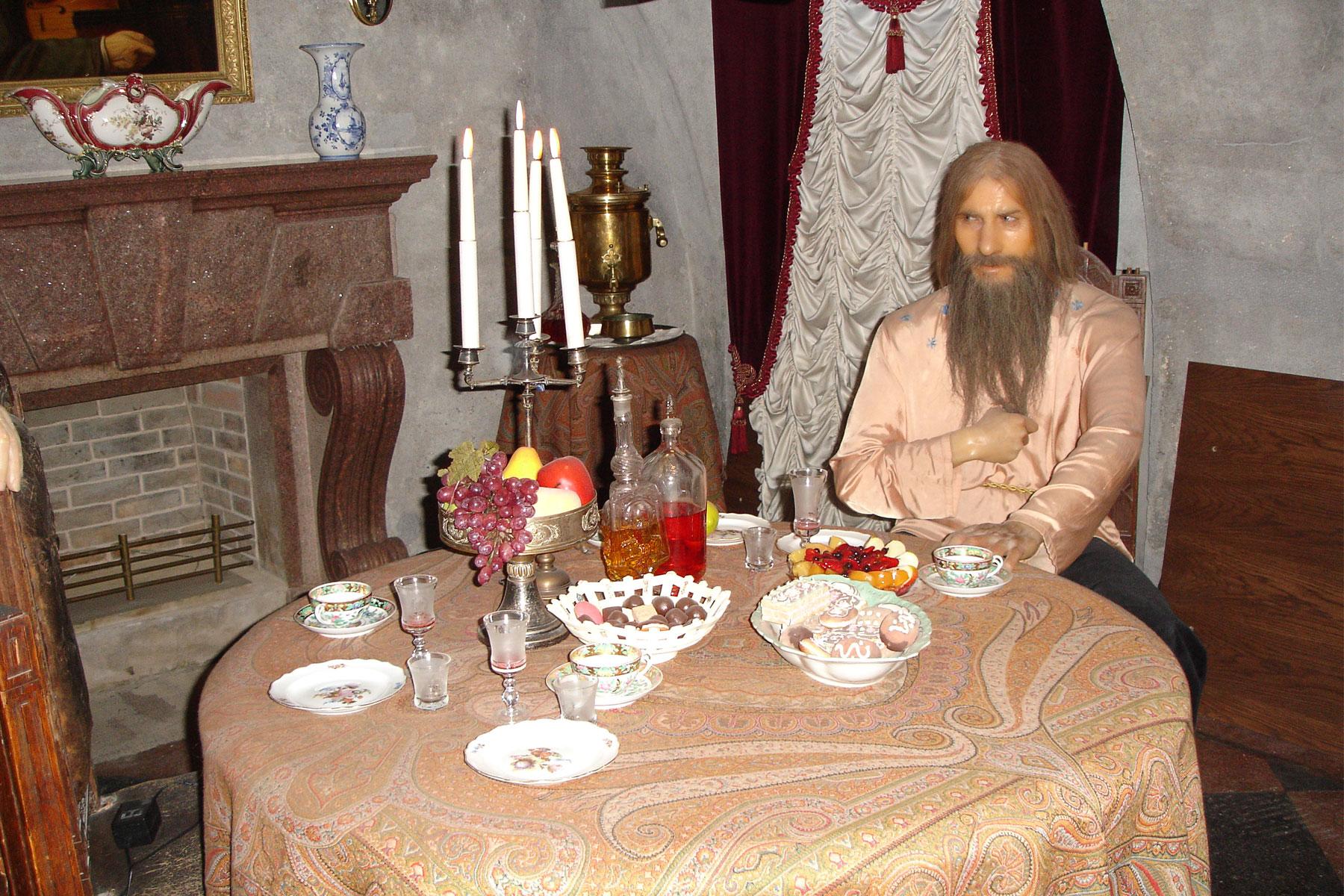 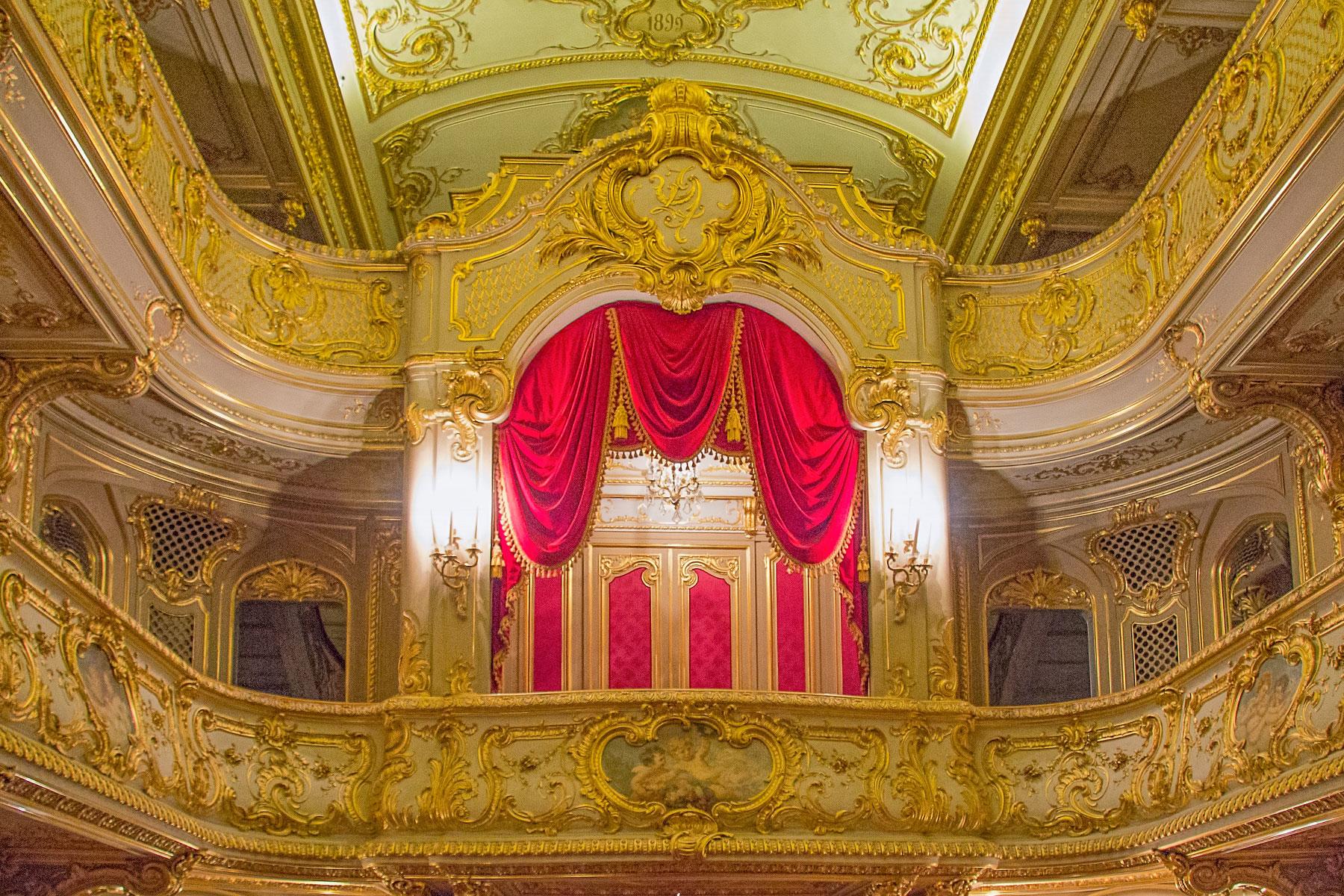 Yusopov Palace: The Murder of Rasputin

In December 1916, a young Prince Felix Yusopov spent the evening in his aristocratic palace with one goal in mind: Kill Grigory Rasputin, the mystical Siberian peasant-monk who had become a tad too influential with the tsar’s family, at least in his opinion and those of his cohort nobles. They poisoned him, shot him twice, beat him with a rubber club, and … nothing. They finally threw him in the River Neva, where the Mad Monk finally died, of hypothermia. The elegant palace has been preserved and you can visit the basement rooms where it all happened. A creepy, lifesize wax figure of Rasputin sits there in one room, tucking into his final meal. 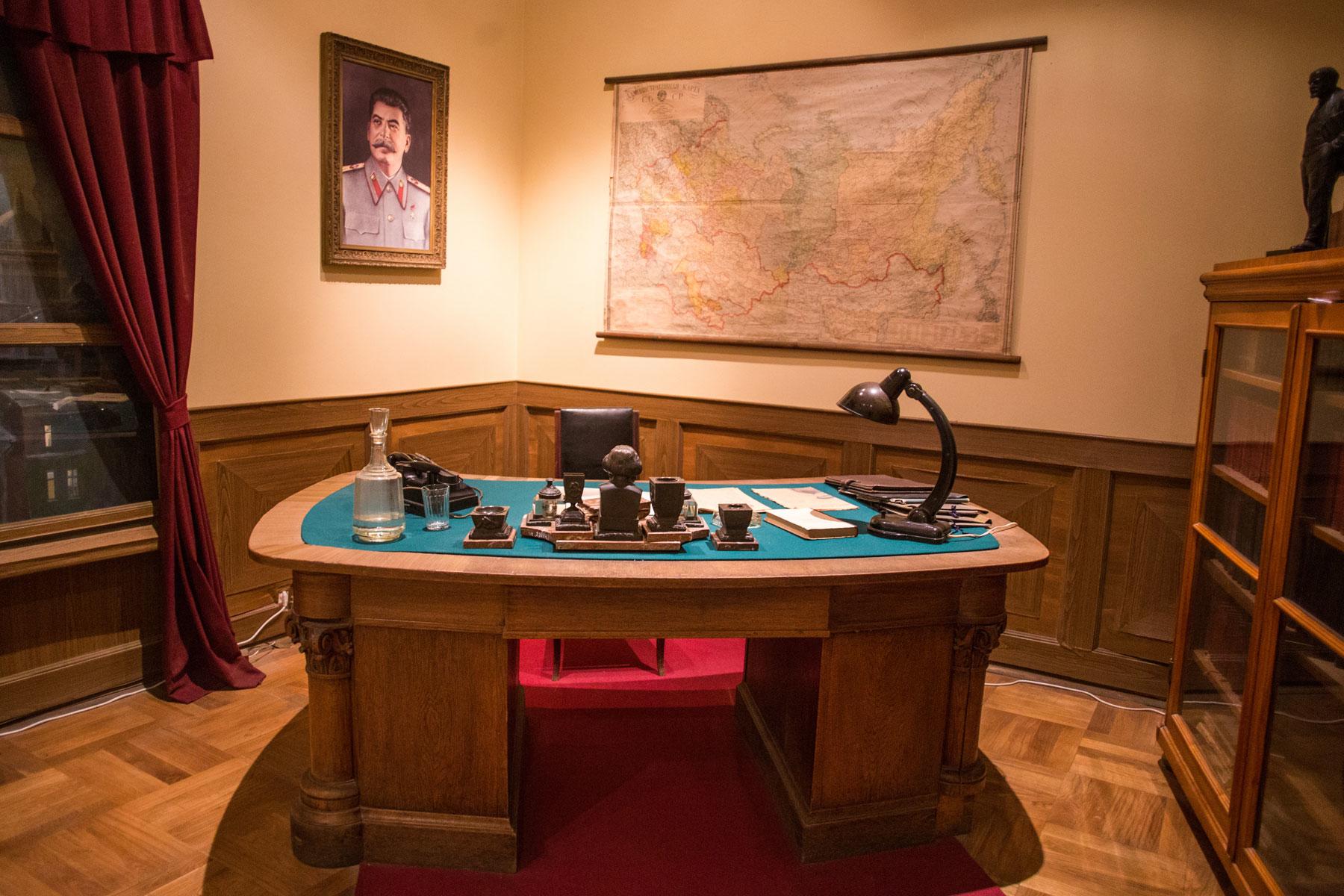 State Museum of Political History of Russia: Clandestine Secrets of the Soviet Union

Prima ballerina (and a young Nicholas II’s mistress) Mathilda Kshesinskaya once resided in this striking art nouveau palace. But then, 1917 happened and the Bolsheviks took it over for their headquarters. Lenin made a historic speech from one of the balconies and his study remains virtually unchanged since Soviet days. Surprising exhibits delve into everything you ever wanted to know about the secret workings of the Soviet Union, including propaganda porcelain of the 1920s, a typical kitchen of a communal flat, and a look at the prisoners of GULAG, including their IDs. Although you get the sense they’re not telling you everything…

INSIDER TIPThe organization of the exhibits can be confusing to follow, and explanations aren’t detailed in English; an audio guide helps. 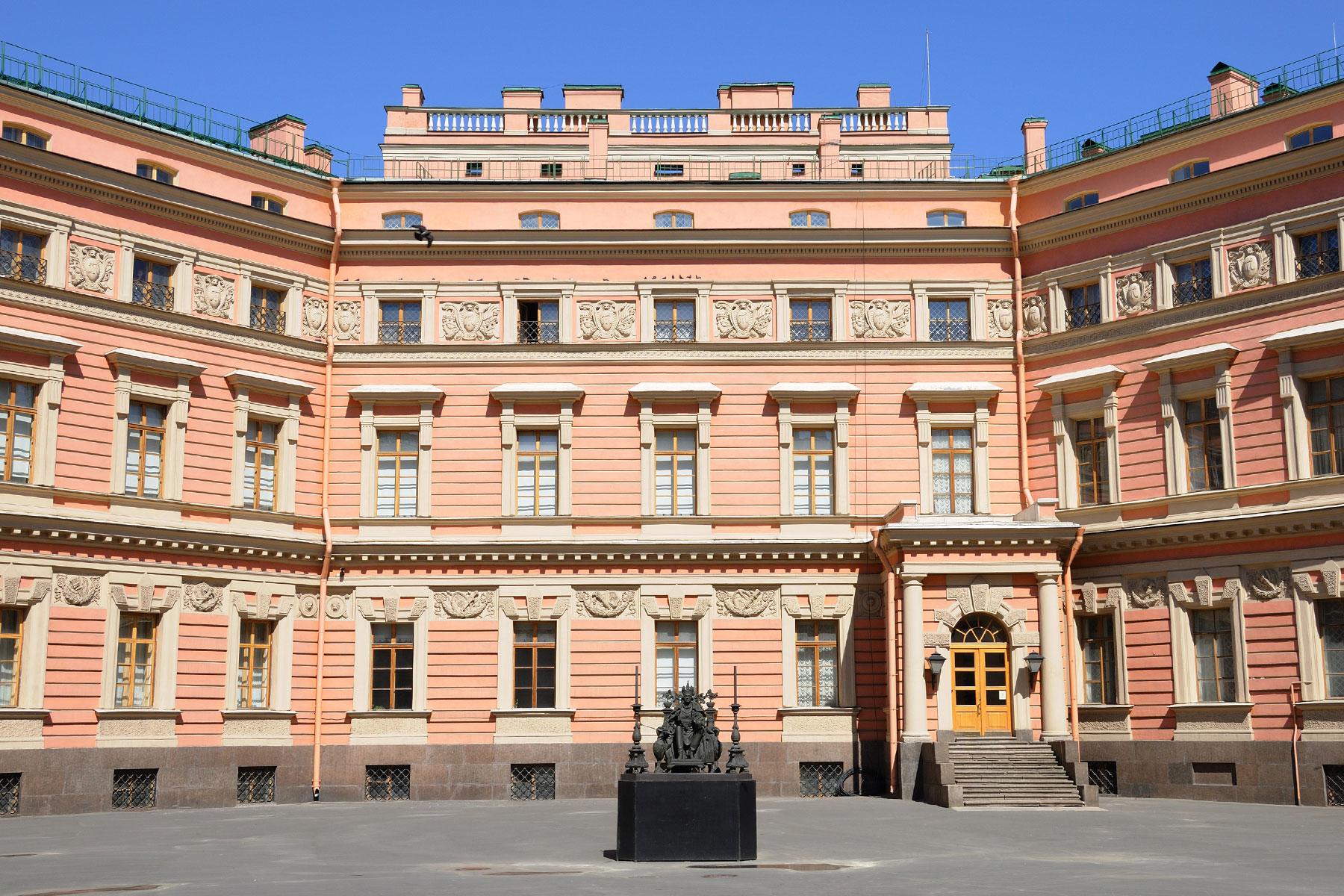 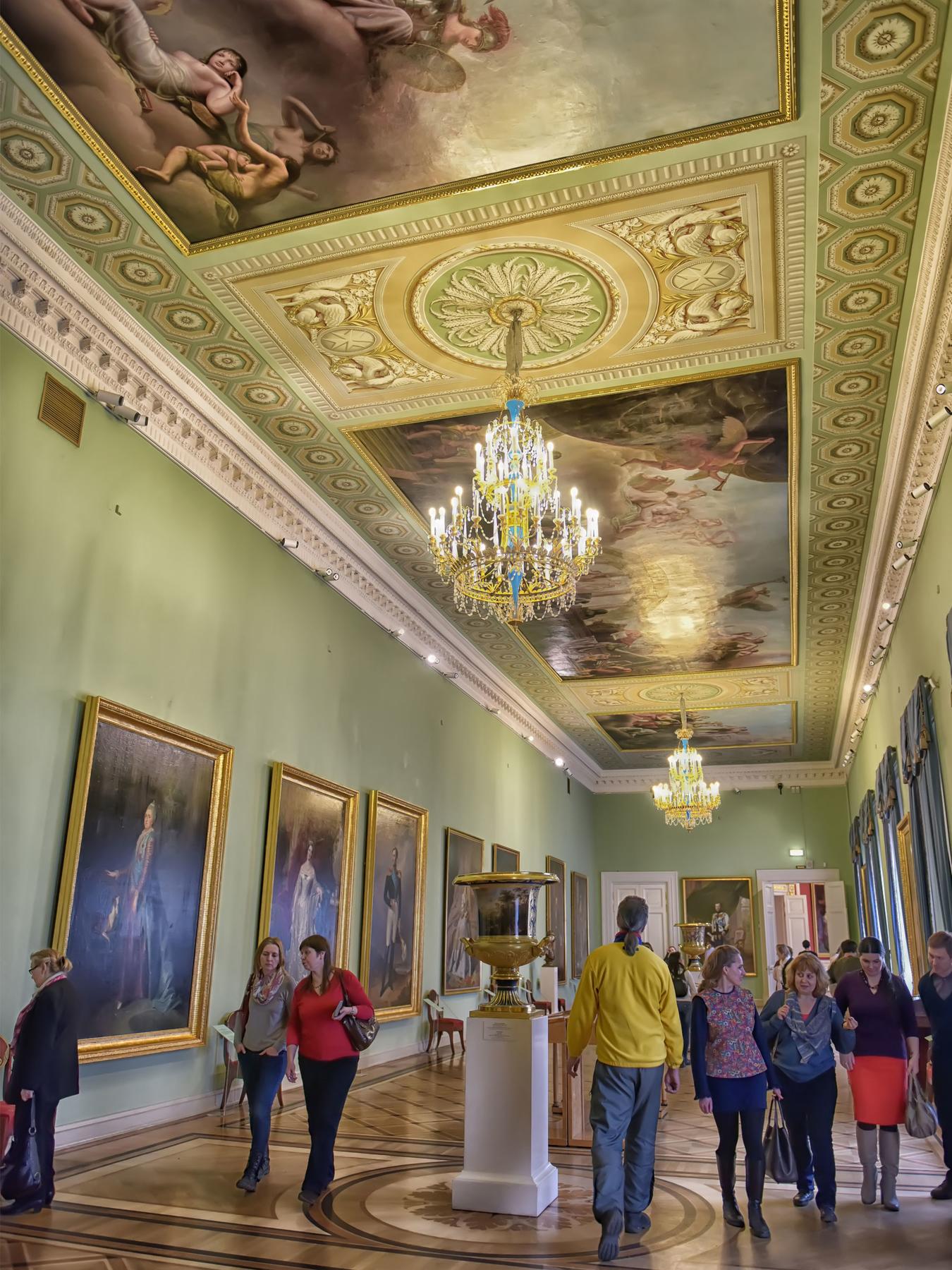 PHOTO: Evdoha | Dreamstime.com
Previous Next
5 OF 7

Mikhailovsky Castle: The Assassination of Emperor Paul I

After his mother, Catherine the Great, died in 1796, Emperor Paul I feared for his life, seemingly irrationally. He built a fortified palace in central St. Petersburg, complete with moats, ramparts, cannons, secret passages, and guards, thinking that would do the trick. Just 40 nights after moving in, on March 12, 1801, a group of castle guards barged into his bedroom. Stories conflict about exactly what happened, but the short of it is that he ended up dead. It’s believed his son approved the plot; voluntarily or under duress, we don’t know. Guess Alexander wasn’t so paranoid, after all.  Today the castle is a branch of the State Russian Museum. 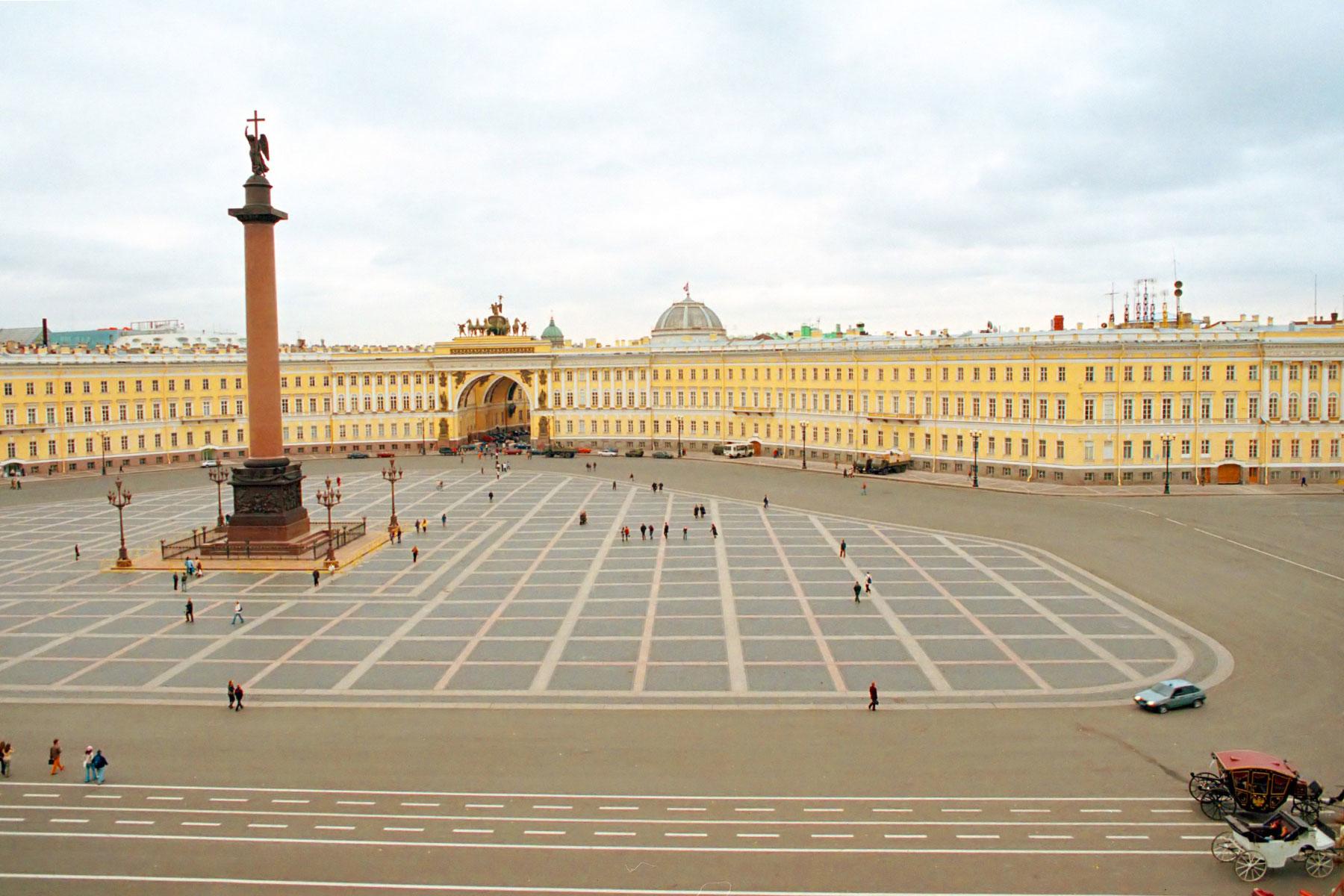 The stunning Winter Palace is where the imperial Romanovs resided for centuries. So perhaps it makes sense that, with the unrest of the Revolution and anti-monarchy sentiments of the late 1910s, that the Red Terror was partially ignited on Palace Square, after the Romanovs had fled. It’s complicated, but in essence a young poet named Leonid Kannegisser had it out for Moisei Uritsky, the chief of the Petrograd Secret Police, because he had signed the orders to execute his lover. So on August 30, 1918, Kannegisser rode his bike to Uritsky’s office, located in the ministries wing on Palace Square opposite the palace, and shot him. He fled by bike but was caught, tortured, and executed, thereby setting off a wave of persecution that, in the initial phase, killed at least 10,000 people. Palace Square was renamed Uritsky Square between 1918 and 1944. 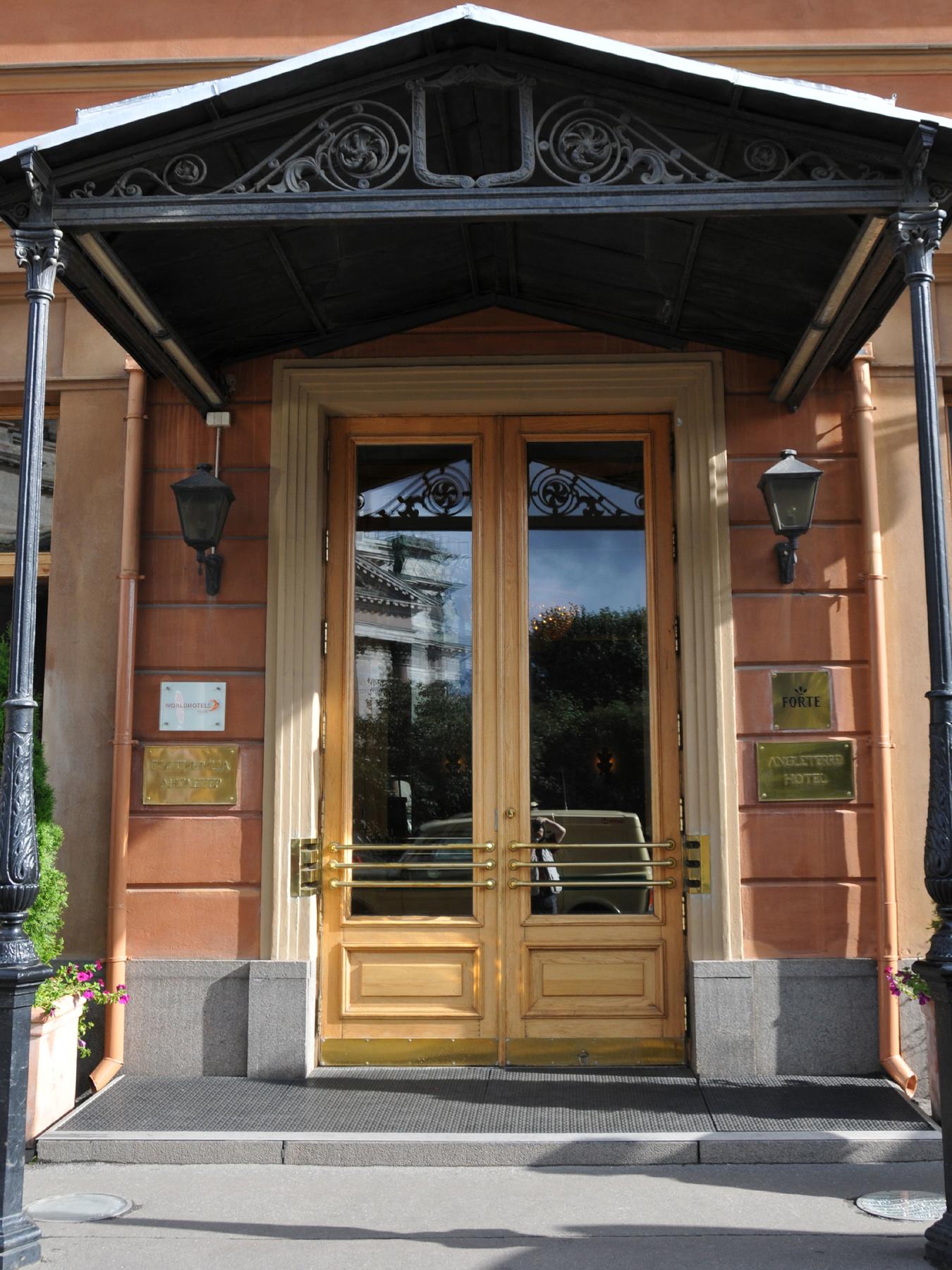 Russia’s preeminent poet, Sergei Yesenin, was in his room one night in 1925 at the fabled Angleterre Hotel, preparing to release a full collection of his works. “Nearly all poets in Russia die before they are able to see a full collection of their works,” he reportedly said. “But I am going to see mine.” He was nearly done, but then, the next morning, he was found dead. His final poem, “Goodbye, my friend, goodbye…” was written in blood because he couldn’t find any ink. A longtime sufferer of depression, it was believed at the time he had hung himself; but more recent speculation indicates he was murdered, perhaps even by the secret police. The hotel itself was demolished in 1987, after the Soviet Union’s first ever public protest; the new luxury hotel opened on the spot in 1991.