Sneak out of your group tour for these top 10 obscure sights in St. Petersburg.

With all due respect to the numerous and notable tour companies that do a fantastic job guiding hoards of tourists around the main sights of St. Petersburg, you may do better to ditch them to get a true taste of this remarkable city. We’re not saying skip the cathedrals or palaces, but only that St. Petersburg is home to some truly weird and wonderful places that can only be found when venturing off the beaten path. Join the group for the main events, but make sure to sneak out for these top 10 obscure sights in St. Petersburg. 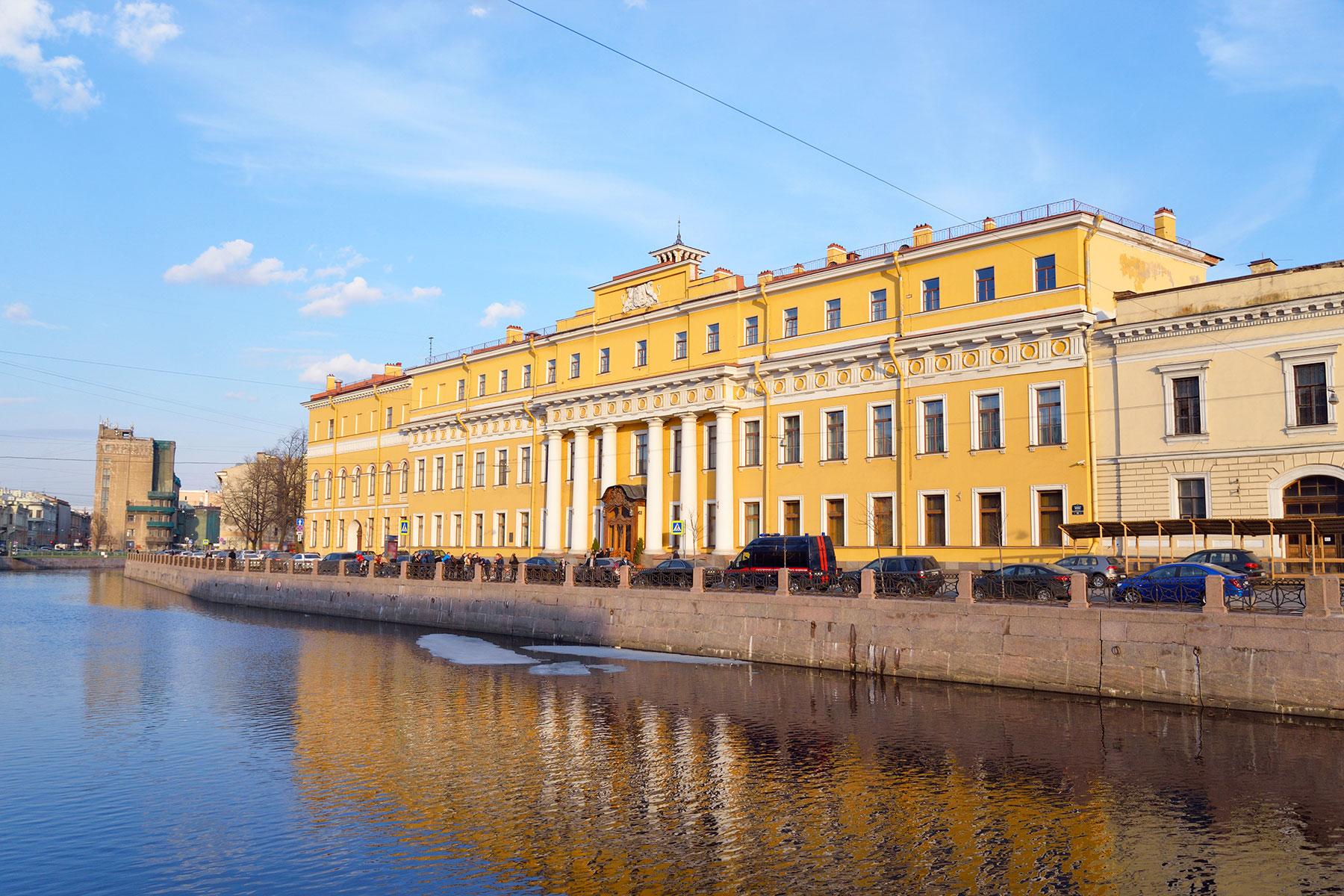 The Yusupov Palace is one of the last remaining aristocratic mansions of Russia’s “Northern capital,” where it was once the home to five generations of the Yusupov princely dynasty. The building now acts as a museum, showcasing the staterooms and living quarters of the Yusupov family. Although the palace grounds are stunning, skip the line out front and head inside to buy a lesser-known ticket (or buy it online) to get a glimpse into the seedy side of the palace. It was in the basement of the palace, on December 17, 1916, that Prince Yusupov and a group of conspirators murdered the infamous mystic and “un-killable” Grigory Rasputin. Legend has it that it took several glasses of poisoned wine, four bullets, a thrashing, and a plunge into the freezing Neva River before he finally breathed his last. In the end, the autopsy showed that that the ultimate cause of death was hypothermia. 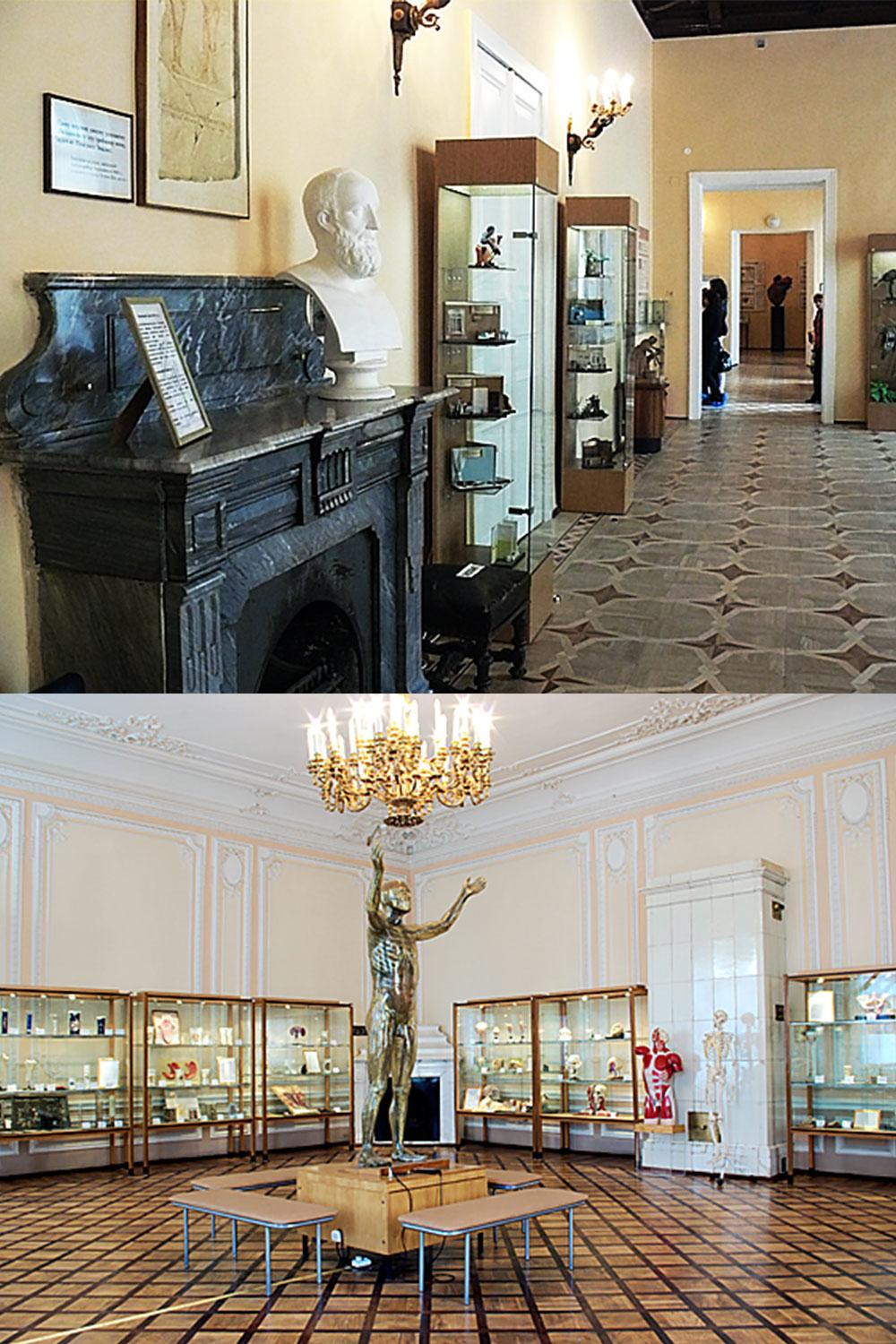 The Museum of Hygiene was set up in 1919 as a cautionary tale to visitors on the importance of hygiene. Little has changed in this quirky little time warp since then, making it a really fun diversion from the more modern museums. Some displays are gruesome. Some are enlightening. But all of the displays were set up to highlight the importance of good daily hygiene as a tool for maintaining and/or improving your health … often with a healthy dosage of scare tactics. Displays of note include the glass male and female models displaying the spread of sexually transmitted diseases and one of Pavlov’s original dogs, stuffed and presented in the same position used during the experiments. 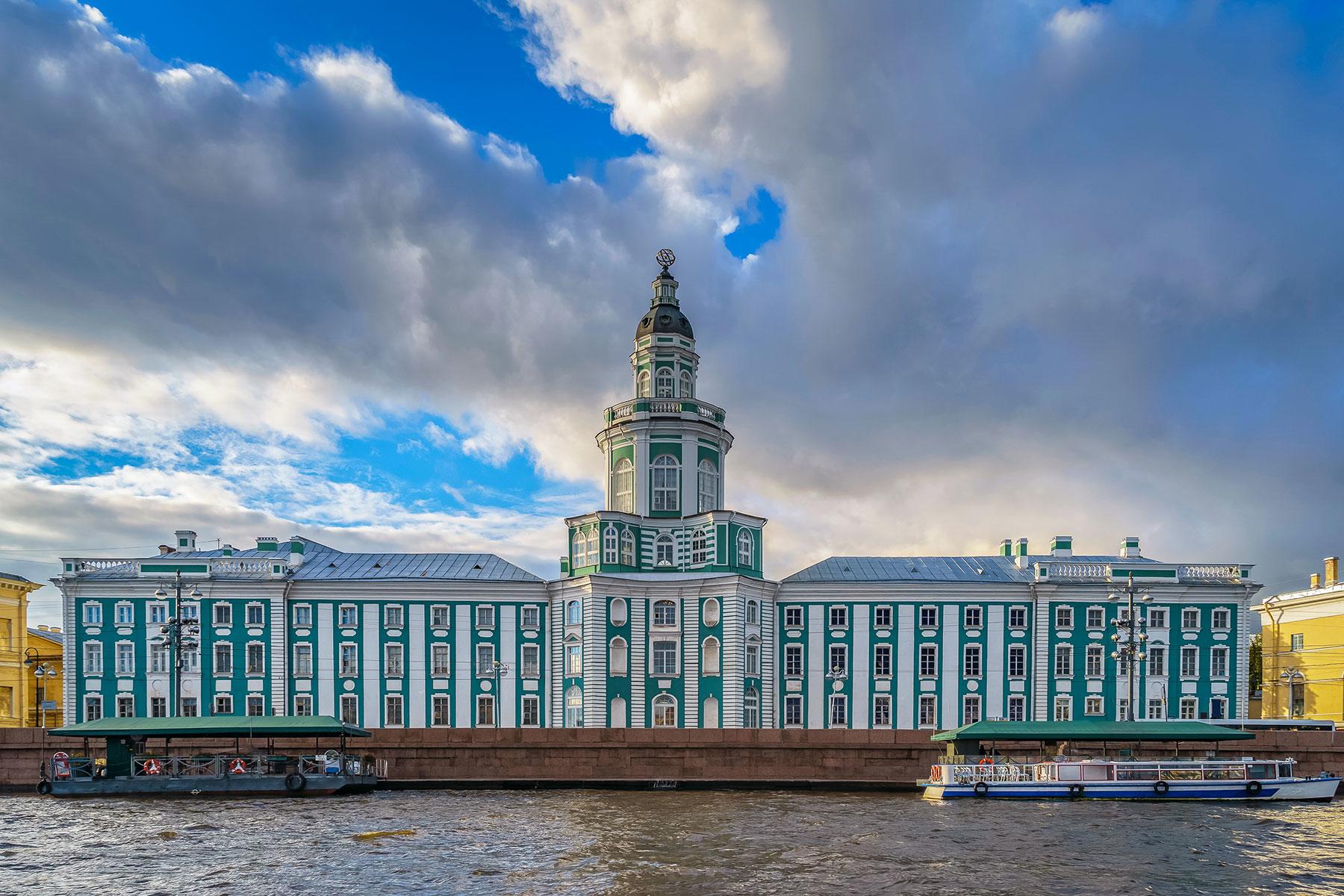 One of the first museums in Russia, the Kunstkamera museum is not for the faint of heart … or the weak of stomach for that matter. The term kunstkamera today has come to mean a collection of freakish items, but when Peter the Great set out to fill his museum of anthropology and ethnography more than 300 years ago, he simply desired to educate his people and dispel superstitions about monsters, freaks, and demons. What is left is a bizarre collection of “curiosities” that span Captain James Cook’s breastplate and medically malformed human remains to the famed Anatomical Theatre where a number of formaldehyde jars are on display. 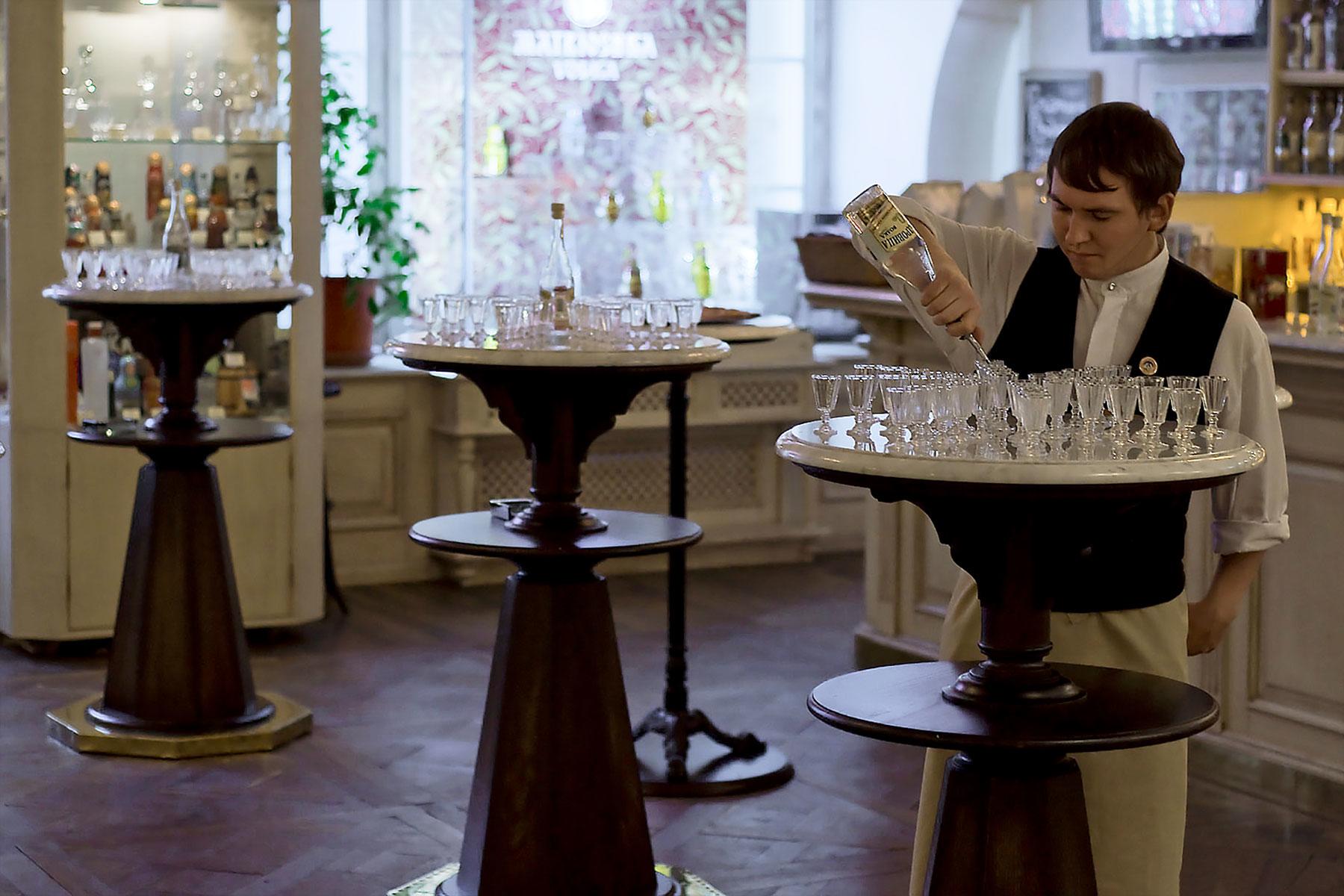 As the name suggests, the Russian Vodka Museum is a museum devoted entirely to vodka including the history, culture, distilling process, accessories, and even the drinking games that have made this drink such a vital player in Russia’s existence. Save your tour ticket and cash it in at the tasting room to try three different vodkas and a variety of typical Russian bar snacks.

INSIDER TIPSave time to shop the extensive selection of rare and hard-to-find vodkas in the museum gift shop. 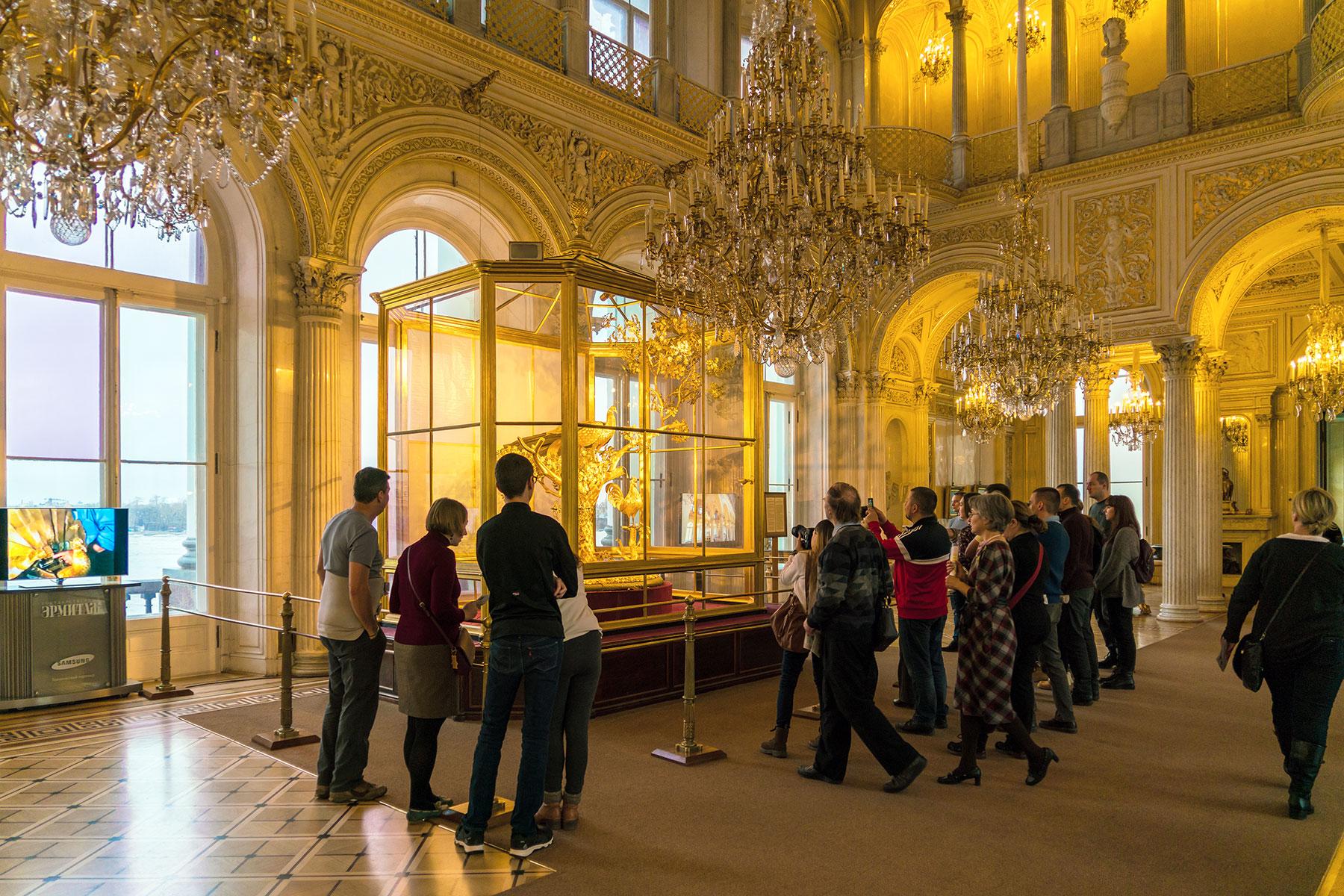 Most guided group tours will take visitors through the celebrated State Hermitage Building, where this stunning example of 18th-century robotic clockwork is on display. However, if you want to be there to see it actually in action, you’ll need to secure your spot in the Pavilion Hall on a Wednesday evening just before 7 pm when the 200-year-old bird will sing the same melody it’s sung since it was commissioned back in the 1770s. At precisely 7 pm, the owl will begin to turn his head in time with the music just before the peacock twists his head and fans out his features, and then the rooster follows with a crow.

INSIDER TIPMany people are unable to spot the actual timepiece as it’s hidden in a nondescript mushroom.

This historic food hall dates back to 1901 when the illustrious and extravagant millionaire Grigory Eliseev began selling his collection of expensive wines, colonial produce, and Russian fineries. The architecture alone is worth a visit, as this ornately adorned space may very well be the most beautiful grocery store in the world. The store sells everything from fine caviar to French wine, and tons of unique edible souvenirs like handcrafted candies and chocolates and beautiful tins of Russian cookies. There’s a coffee shop inside as well, and during lunch hours a live pianist serenades diners as they savor the flavors of the ready-made Russian delicacies in quaint café chairs set up in the center of the room. 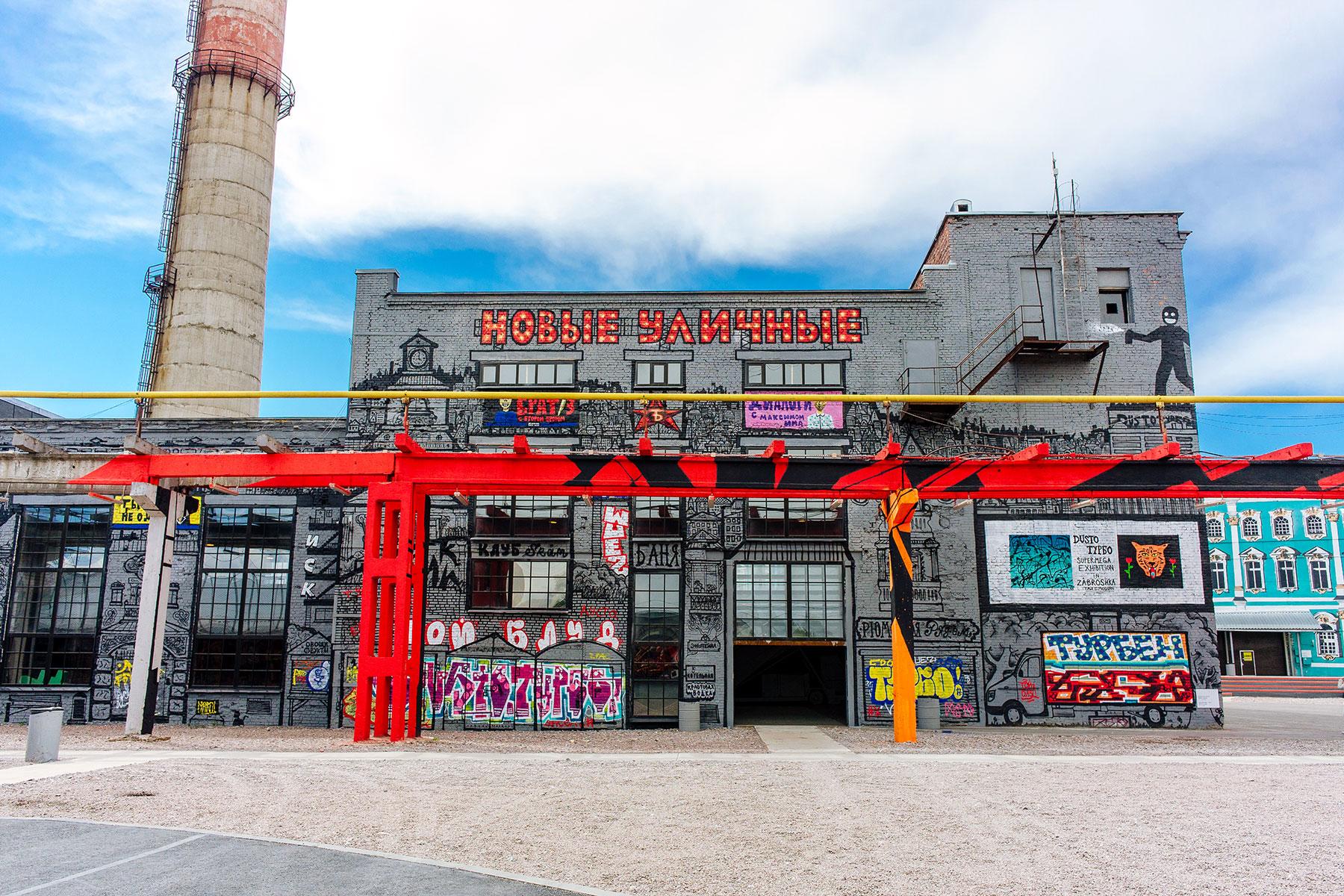 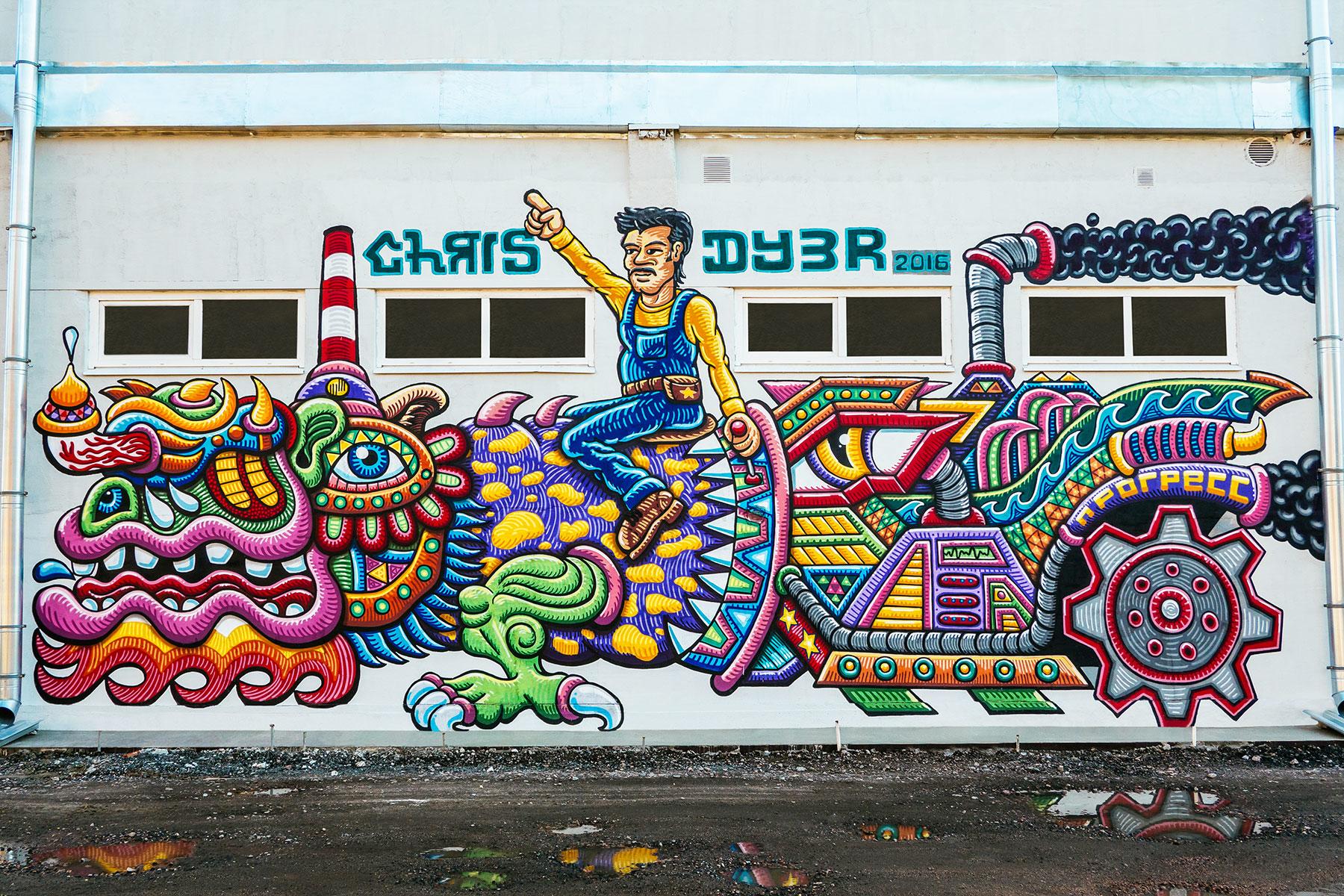 Housed in a formerly abandoned USSR factory, the Street Art Museum first opened in 2014 as an experimental exhibition but has now become one of the most powerful and socially narrative art museums in the country. The museum is separated into two sections with a permanent exposition and a space for new talent and rotating exhibitions. It also features a number of pieces by artist P183, who is considered the Banksy of Russia. 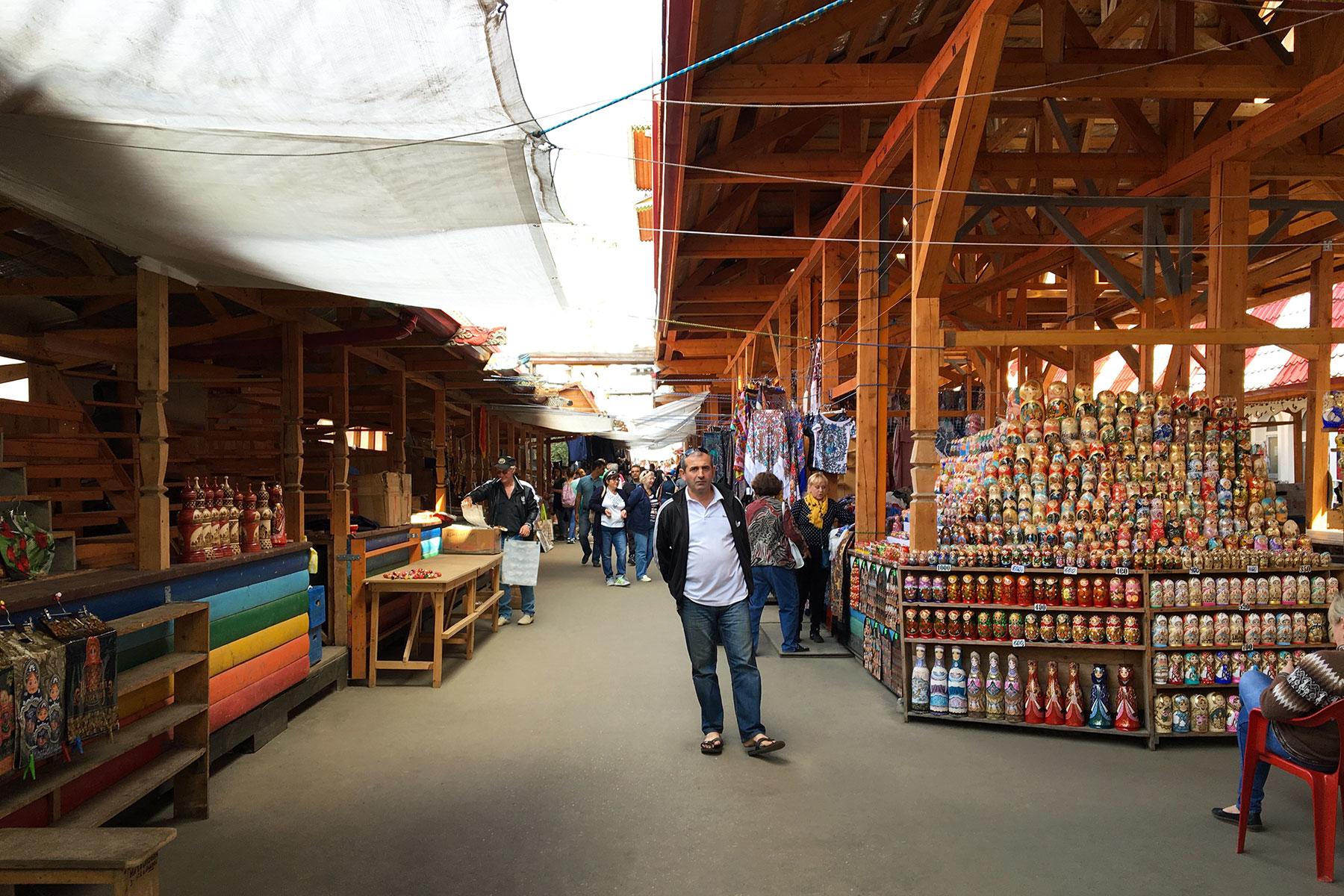 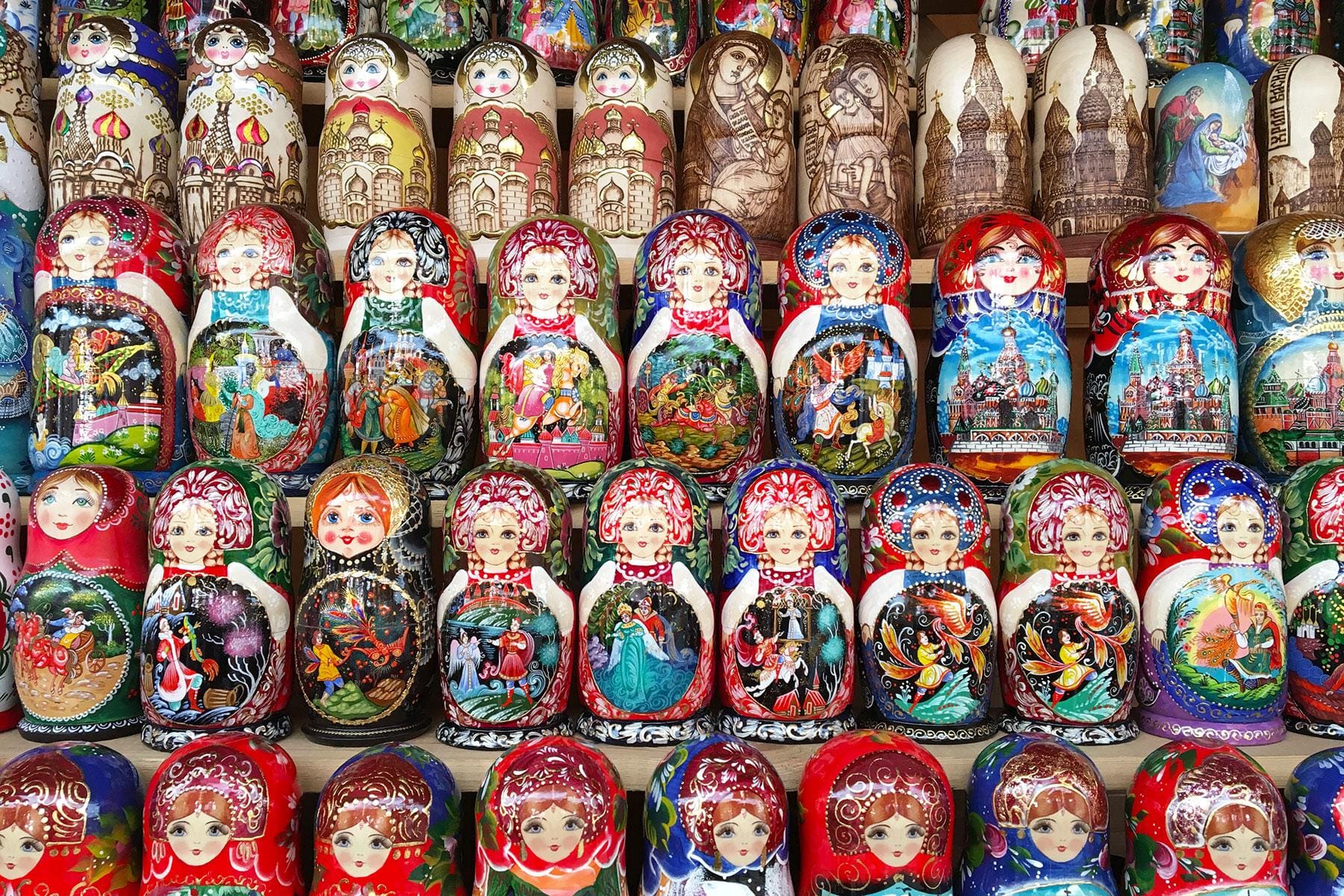 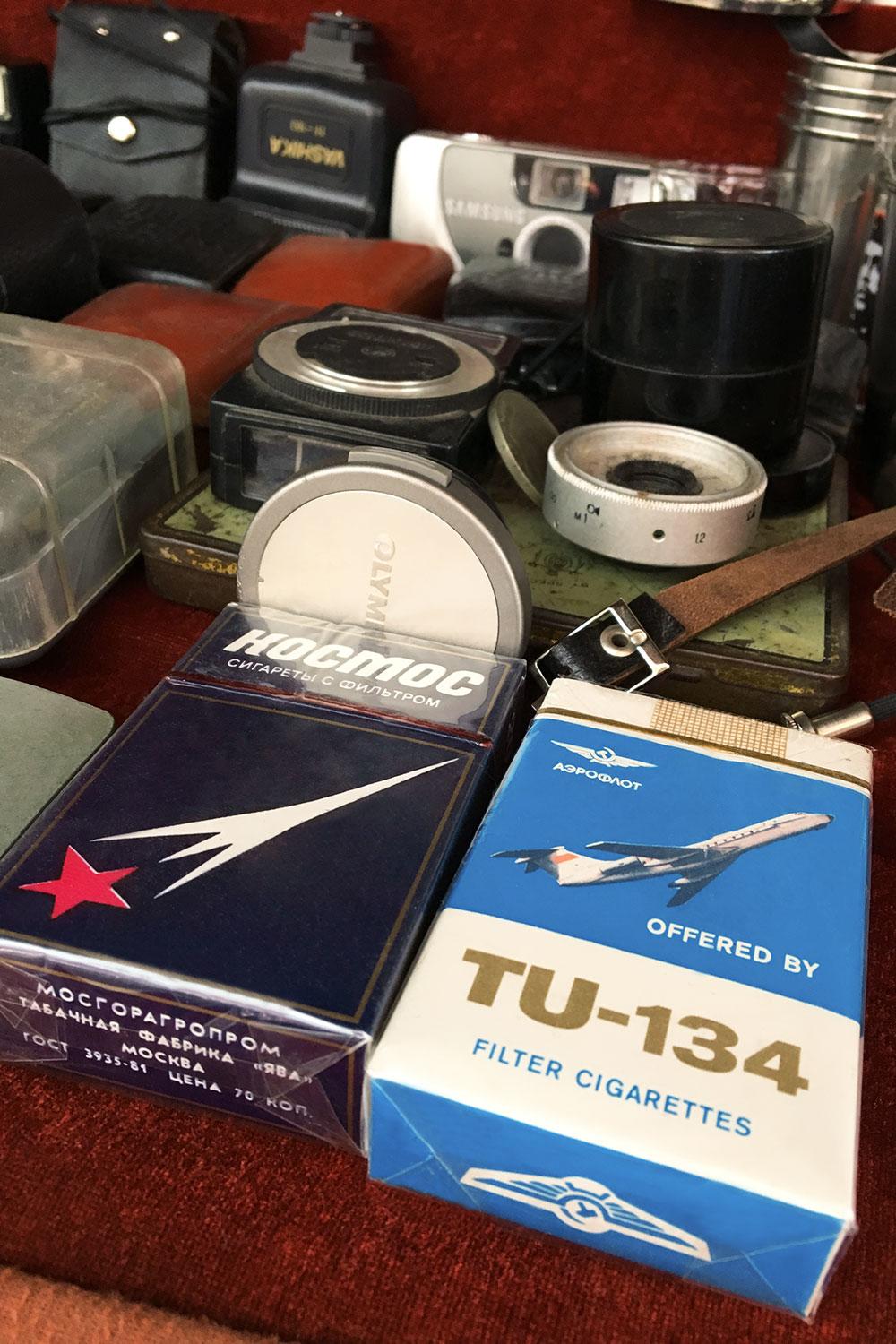 PHOTO: Kristy Alpert
Previous Next
8 OF 10

Although a few stalls will be open throughout the week, this massive market is open in its full glory every Saturday and Sunday. Locals know it best as Udelka, and it’s where visitors can get the best deals on Russian souvenirs (fur hats, matryoshka dolls, etc.) and Soviet treasures and antiques. Bargaining is a must, and knowledge of at least a few Russian phrases will get you far. 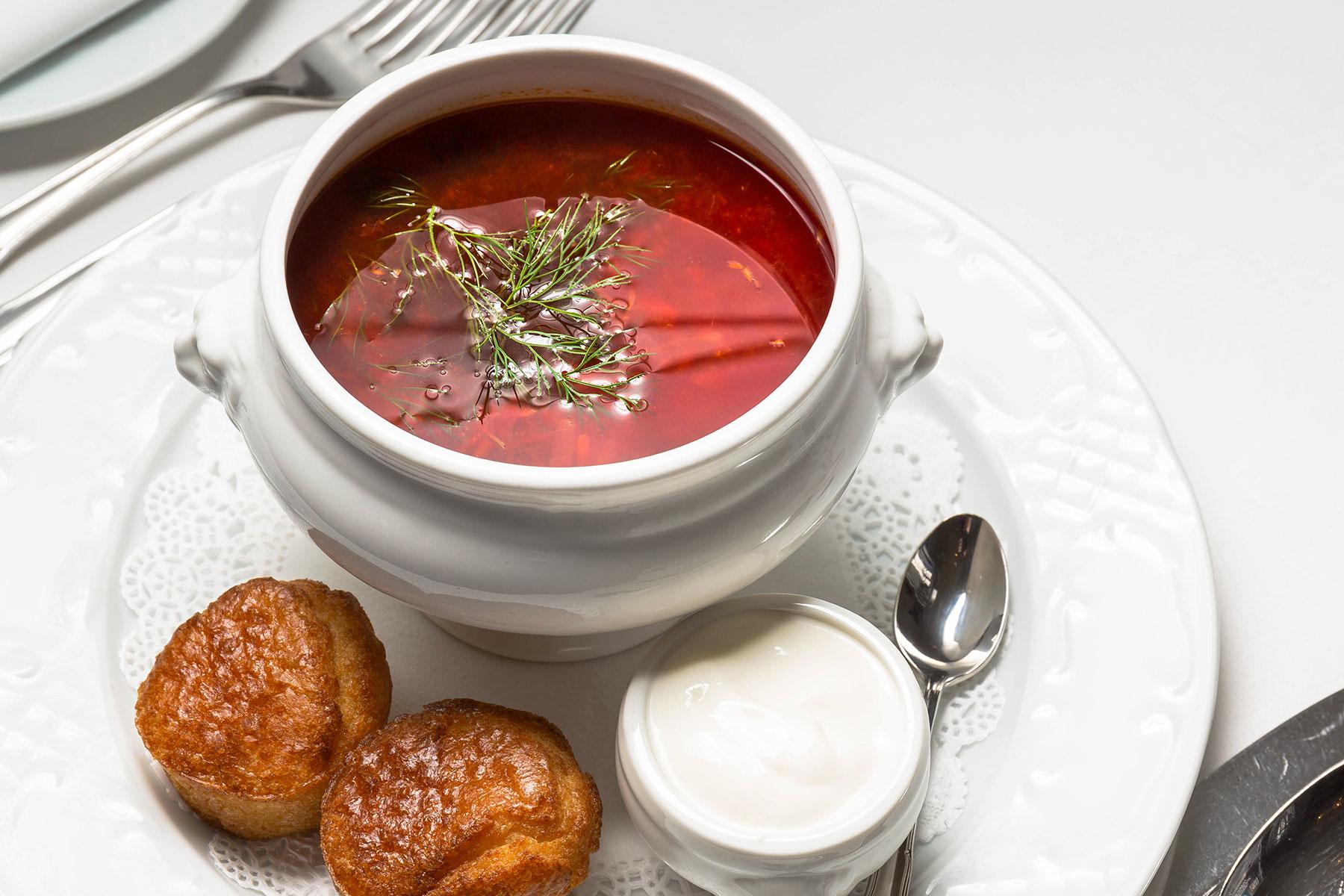 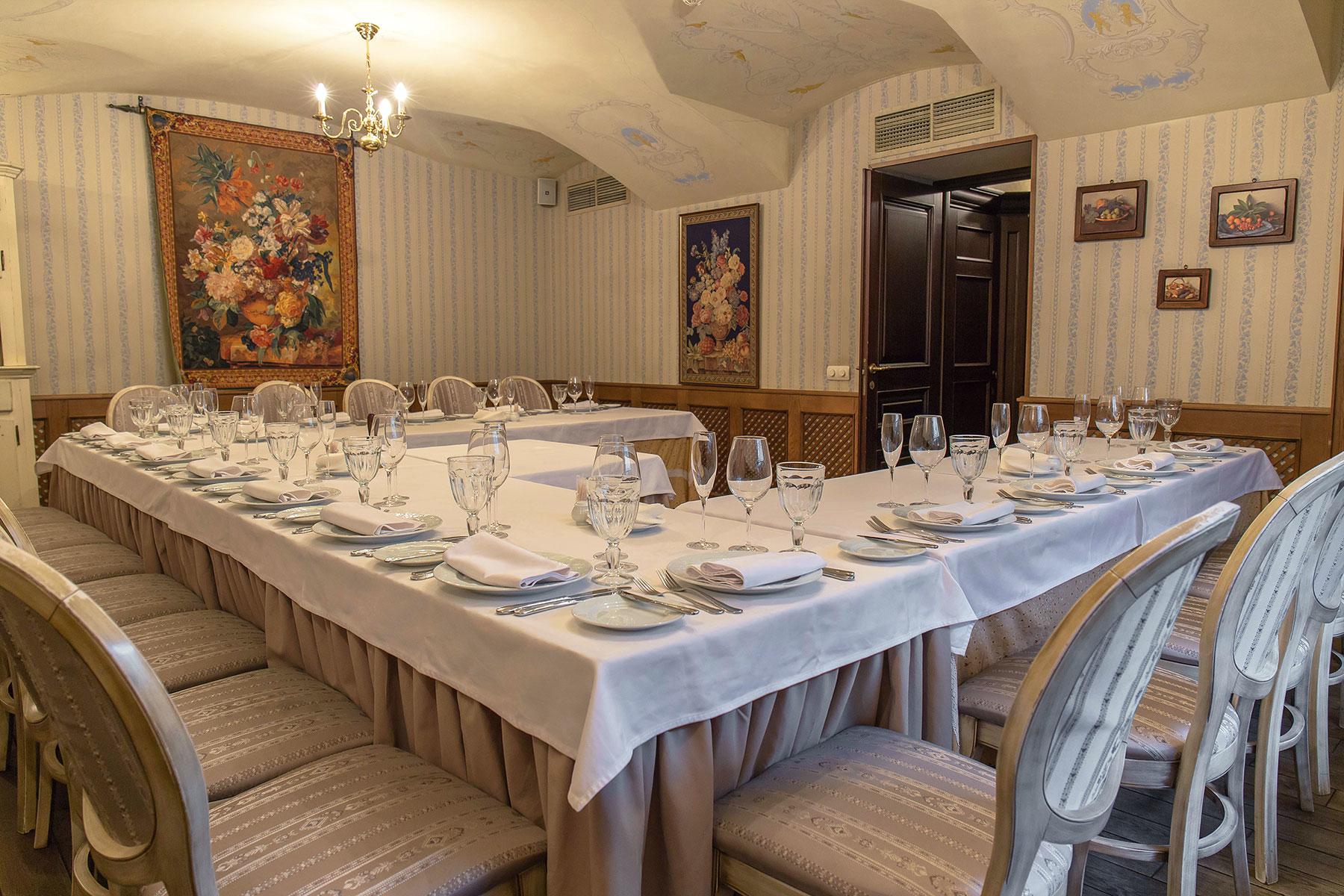 PHOTO: Restaurant Gogol
Previous Next
9 OF 10

Set in a former Soviet-era apartment that was once home to Russian writer Nikolai Gogol, this unpretentious restaurant is a delicious journey back in time. Gogol claimed that gastronomy was his passion, second only to literature, and the menu at this Soviet-apartment-turned-restaurant does his memory justice. Much of the décor has remained intact since the fall of the USSR, so guests can choose which room they want to dine in, and the menu features Russian staples, freshly baked breads, and homemade vodkas. 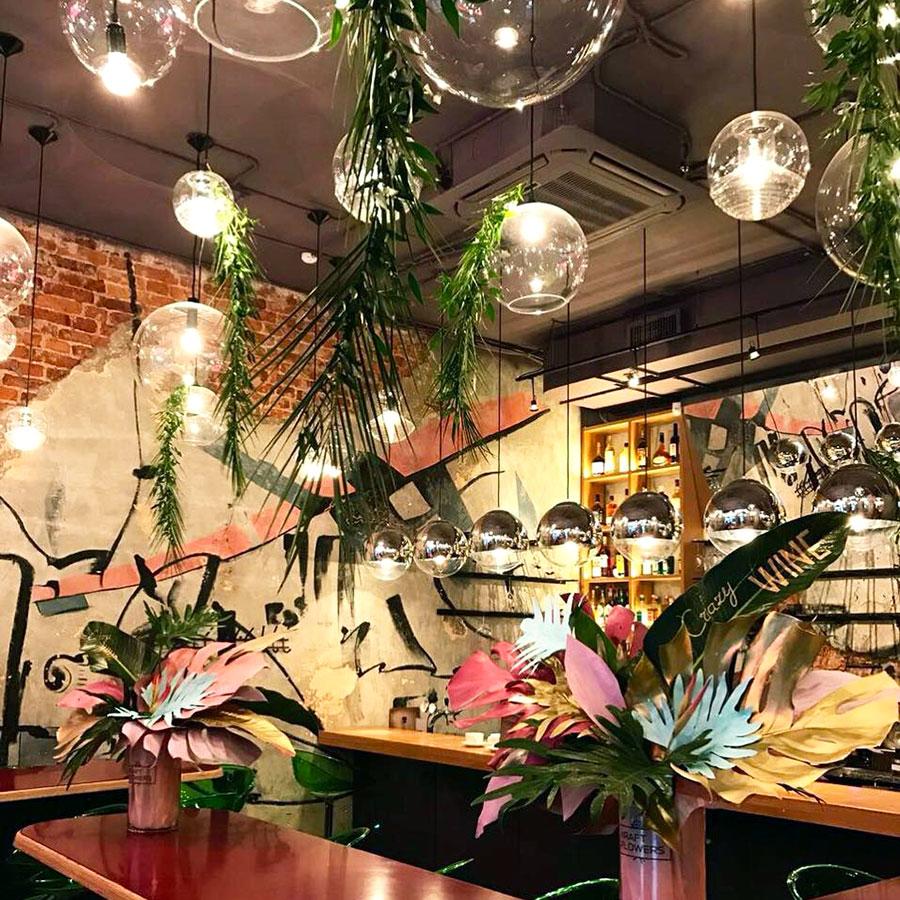 Up until recently, it was rare to see a Russian drinking anything but vodka at a bar in St. Petersburg. But in recent years, import bans have loosened and the younger generation has swapped their Russian standards for quality vinos. The result has been an onslaught of super hip wine bars, Crazy Wine being one of the best. This trendy wine bar features labels from around the world (yes, even some Russian labels that will surprise even the biggest wine critic in the group) that pair with a selection of gourmet bar bites and shareable plates.