The former USSR attracted a steady stream of artists and writers from the West who were keen to find out what life there was really like. French luminaries Jean-Paul Sartre and Simone de Beauvoir were no exception and traveled extensively throughout the region. Follow in their footsteps with this country-by-country itinerary.

Jean-Paul Sartre and Simone de Beauvoir were two of France’s most prominent intellectuals in the 1960s. They formed an open marriage that was at once loving and complex. Their political affiliations at this time were also particularly vexed, and they courted controversy with their involvement with the Soviet Union, which they were fascinated with. But Sartre always knew just what to say to keep himself the right side of the line.

They wrote some very nice things indeed about the communist regime, not to mention their vivid descriptions of everyday life in the USSR as they saw it on their travels.

For their loyalty to the Soviet Union, they were awarded the special privilege of being able to travel throughout the socialist republics with a level of freedom unknown to most Western travelers. Throughout the ‘60s and early ‘70s, they visited the Baltics, the Black Sea resort of Crimea, the mountainous Caucasus region, and the cities of Moscow and Leningrad. They also visited Cuba, which, although located outside the Soviet Union, was communist and ruled by Fidel Castro.

Eventually, Sartre and de Beauvoir fell out of favor with the regime when they rallied against the Soviet intervention in the Prague Spring of 1968. The Czechoslovak people wanted independence, and the French couple gave their support. It was for this crime that they became enemies of the Soviet Union.

With this historically-informed guide, travel through the former Soviet Union in the footsteps of the couple and compare the descriptions they give of each place to how you find them today. 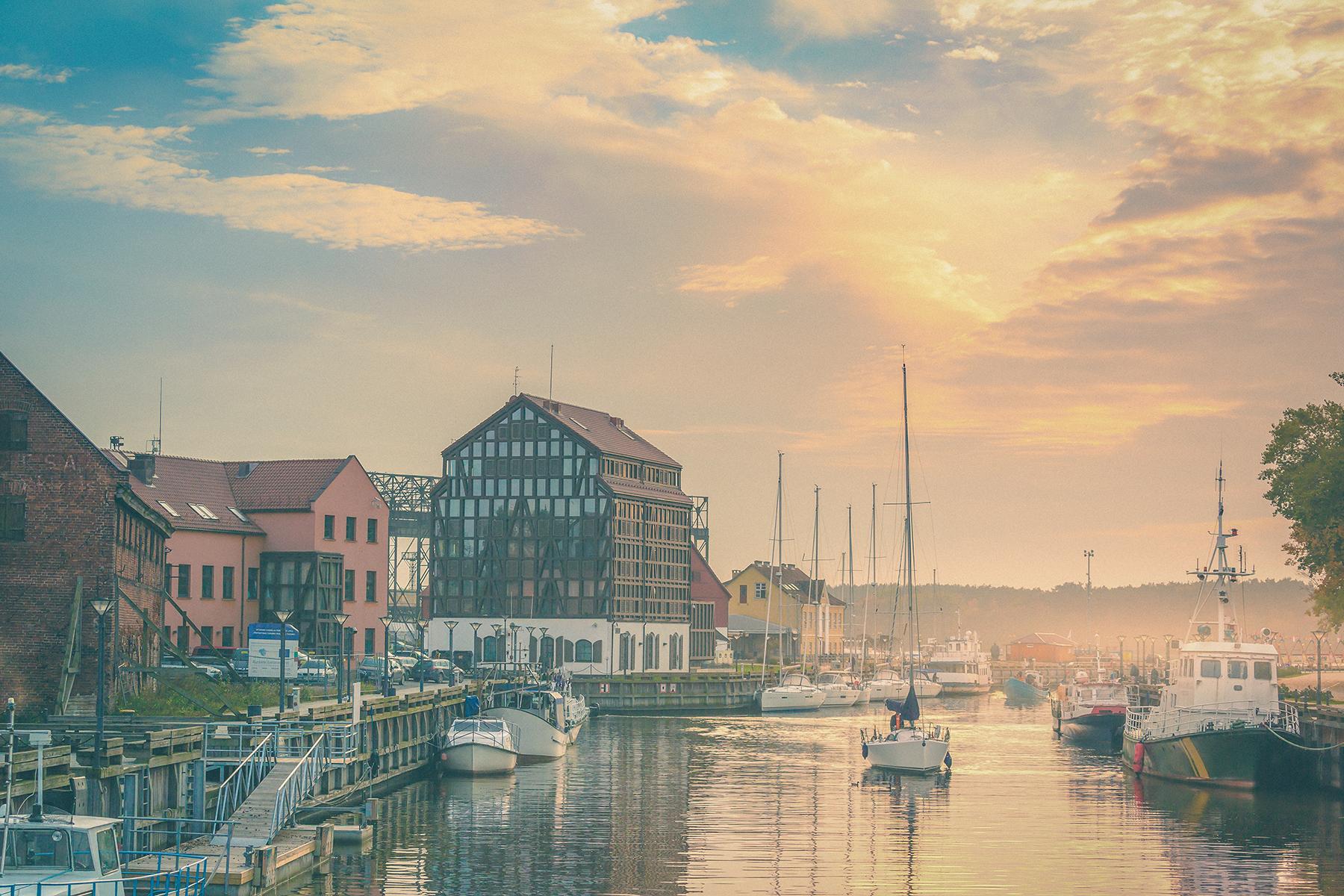 Sartre and de Beauvoir visited Lithuania in 1965 and weren’t shy about expressing their impressions of the country’s gorgeous natural landscapes, as well as the hospitality of the people: “Lithuania’s unique genius shines in the bouquet of European cultures like a precious stone.” Although the couple had already visited Estonia, Crimea, Moscow, and Leningrad, locals were especially pleased that the two luminaries had decided to visit Lithuania; many of the interviews they gave focused on Lithuania’s special status amongst the Soviet republics. The couple was polite and offered plenty of compliments as they traveled from Vilnius—where they had landed July 26—to Kaunas, Klaipėda, Palanga, Nida, Pirčiupiai, and Trakai. For de Beauvoir, Trakai castle was comparable to no other and was “small, intimate, narrow, and yet of such tremendous suggestive power.” She was also particularly taken with a wooden model of Christ in Kaunas: “Crowned with thorns, it leans upon its cheeks with its hand: It is the very picture of isolation.” 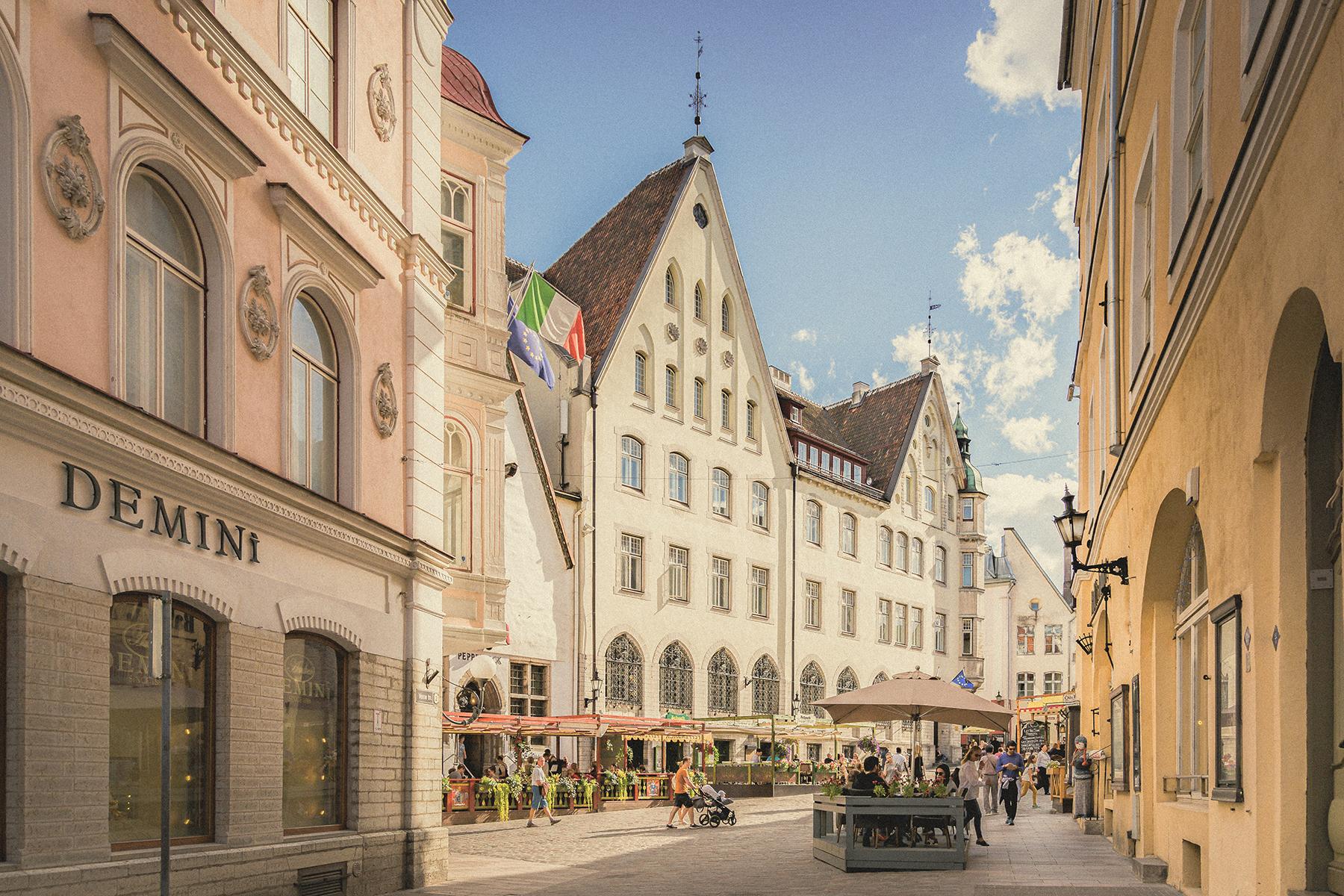 In 1964 Lennart Meri, who was at that time a writer but would go on to become the president of Estonia, invited the couple to Tallinn. The French couple were given local wine “that resembled the taste of French wine” in small village stores—high praise indeed from the French couple. The couple had been awarded the privilege of traveling through Estonia and Lithuania as thanks for their loyalty to the USSR and they enjoyed some rather unique freedoms. One hotel they stayed at in Tartu was, according to de Beauvoir, “très elegant,” and they even spent the night without a guard lurking in the hallway. After reading about Otepää, a town in the south of the country, Sartre managed to convince the Soviet authorities to let him depart from the official itinerary and visit the heart of the Valga County. Incidentally, Otepää is where Aleksandr Solzhenitsyn recovered after his imprisonment in Siberia and wrote the Gulag Archipelago. 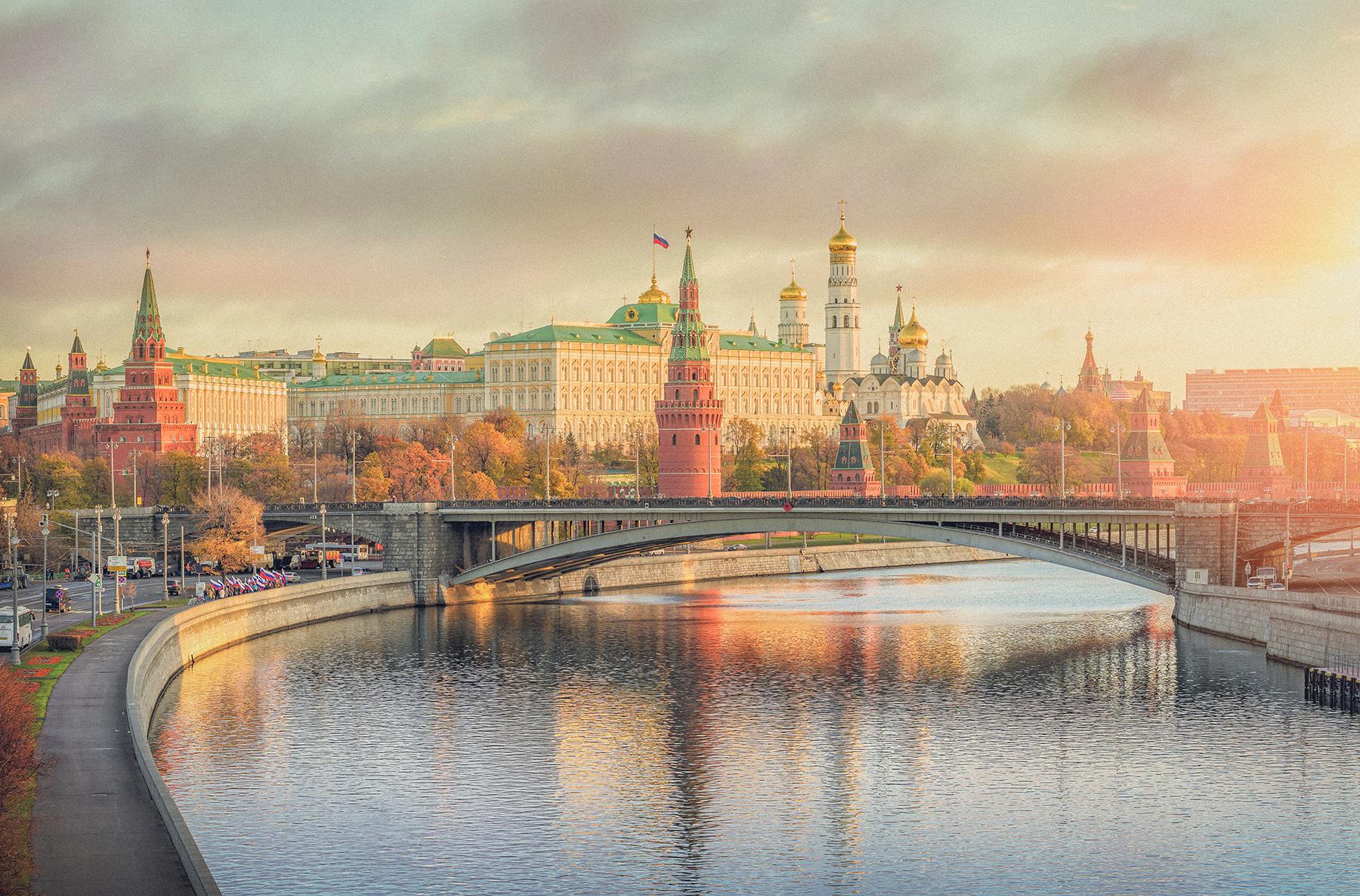 Concealing the Truth About Moscow

When they visited Moscow, the couple was invited to stay in the historic National Hotel not far from the Kremlin. A black and white photograph records Sartre’s visit to the prestigious State Academic Theater Mossovet, where he met Yury Zavadsky, the theater’s producer and was given a behind-the-scenes tour. The visit was intended to be an influential one for the French writers, and de Beauvoir later recalled that “work, leisure, reading, travel, friendships: all these things had a different meaning there.” Sartre went much further than this, saying that “there is complete freedom to criticize in the USSR.” Yet in 1975, some 21 years after his first visit to Moscow, Sartre repented for the “lies” he had told about the city. It turns out things weren’t quite as rosy as he’d said they were. 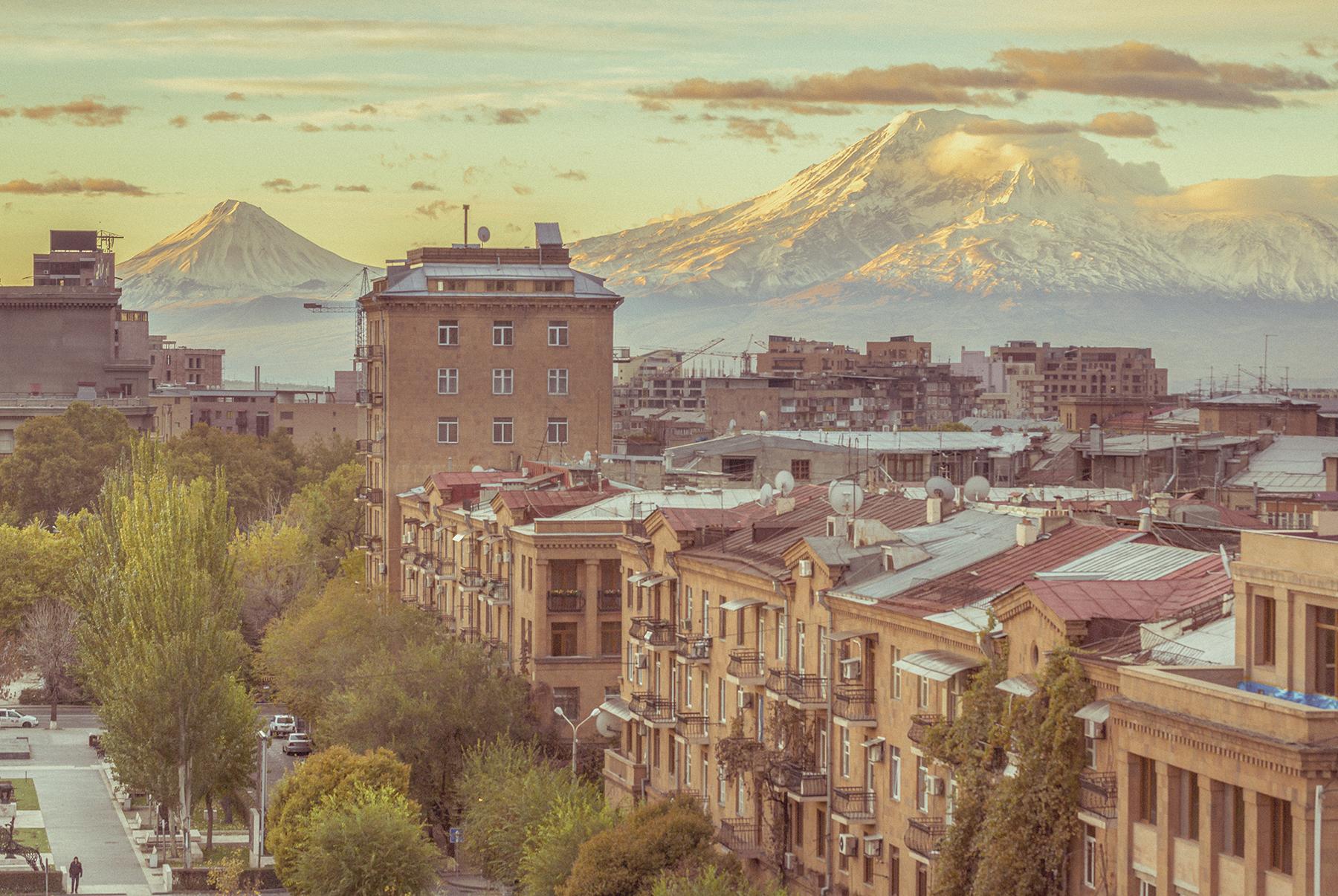 Travelling the Caucasus in Good Company

WHERE: Georgia to Armenia

When staying at the Tbilisi Marriott Hotel the couple joined a distinguished list of former guests. John Steinbeck, Margaret Thatcher, and Sir Fitzroy Maclean, the real-life inspiration for the James Bond 007 character, to name just a few. After filling up on khachapuri and wine in Tbilisi, they drove down to Yerevan, the capital of Armenia, and visited the Lake Sevan Writers’ Resort. This 1930s Soviet-era hotel overlooks the lake with its modernist appendage and sits beneath a much older monastery, the likes of which can be seen throughout the mountains of the Caucasus. De Beauvoir described the landscape in 1972 as “a pinkish, chaotic desert with a bright blue lake in the middle of it.” 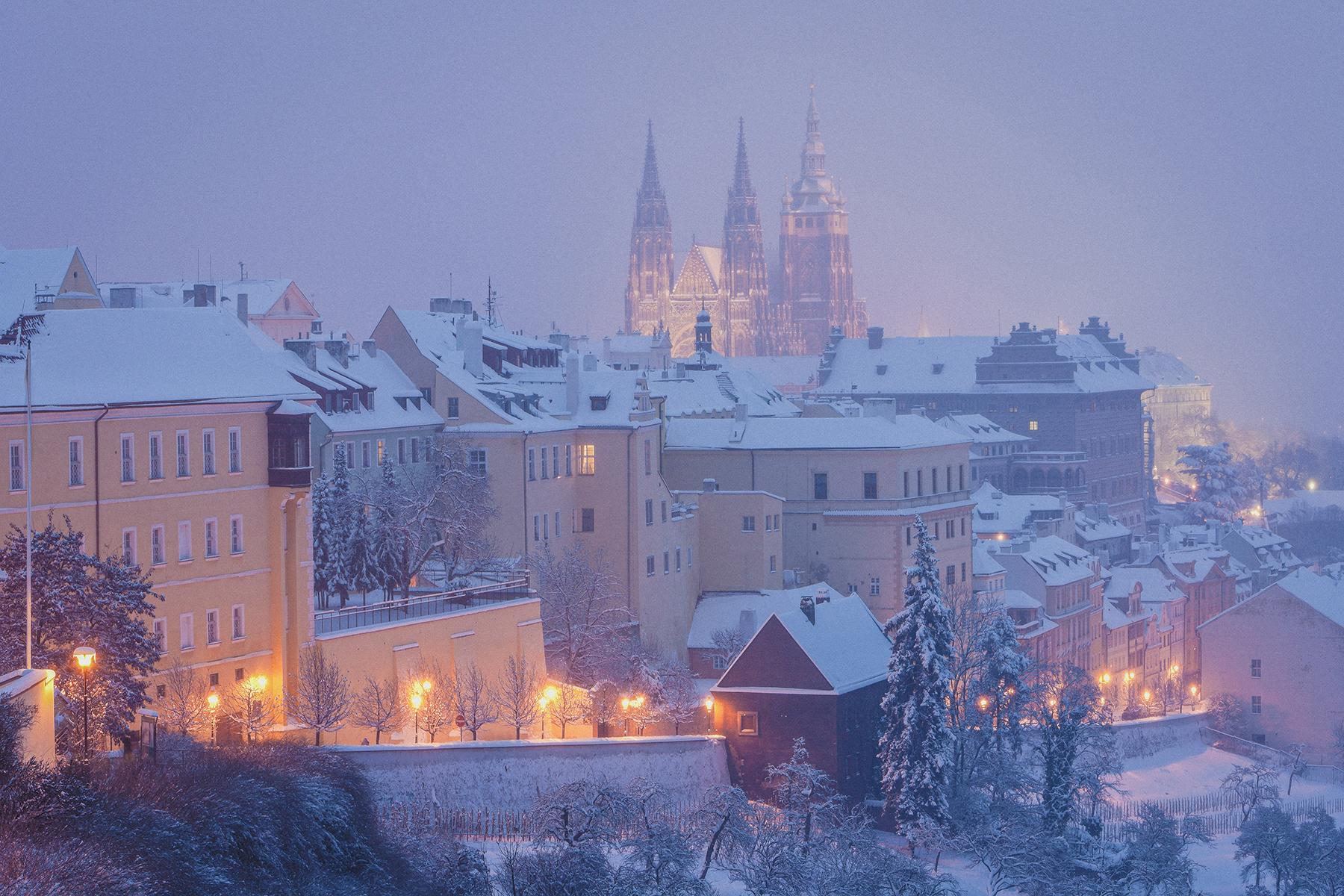 Viewing the Prague Spring From Afar

WHERE: Czech Republic (then Czechoslovakia)

When the couple visited the capital of Czechoslovakia—Prague—in the winter of 1963, it was as the distinguished guests of the Czechoslovak Writers Union, and Sartre was there to promote relations between writers on either side of the Berlin Wall. That same year, Sartre had visited Nikita Khrushchev’s family dacha, or “summer house,” back when he was in Georgia and had listened to the Soviet leader rally against the West and its writers. It was not going to be an easy task. After being welcomed into Ruzyne Airport by Adolf Hoffmeister, a notable Czech painter, the couple would head on to Bratislava (now the capital of independent Slovakia) and give plenty of interviews on the thorny subject of Czechoslovak independence. It was for their support of the Prague Spring that they would eventually become “enemies of the Soviet Union,” just a few years after this happy visit. 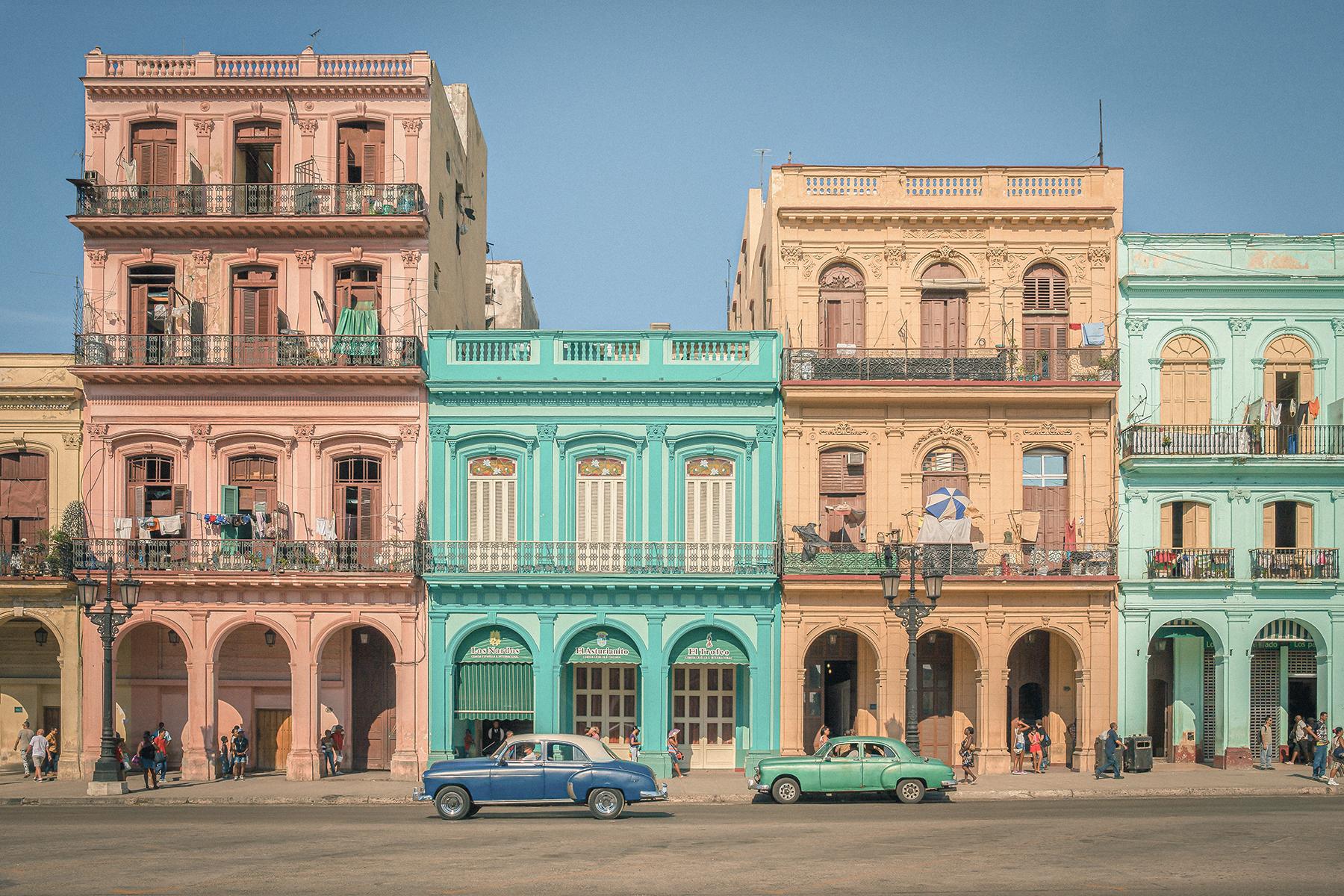 Support for Communism Outside the USSR

Though Cuba was not in the Soviet Union, it was indeed communist. The couple visited in 1960, going first to Havana, where they met Che Guevara and Fidel Castro and were greatly impressed by the conversations they had. When Che died seven years later, Sartre wrote that he was “not only an intellectual, but also the most complete human being of our age.” De Beauvoir described Havana in her own vivid prose: “well-known performers danced or sang in the squares to swell the fund; pretty girls in their carnival fancy dresses, led by a band, went through the streets making collections.” In addition to taking boat trips with these eminent Cubans, the French couple were snapped in an incredibly retro-looking helicopter, complete with a bubble window. When they visited the country later in life, they were disappointed to find the Nacional Hotel empty and the vibrant nightlife somewhat dampened.