Reach for the tsars!

A 13-day visit couldn’t possibly do a country the size of Russia justice. However, on a river cruise, you’re able to get a glimpse at life on along Russia’s lakes and rivers, bookended by prominent cities St. Petersburg and Moscow. 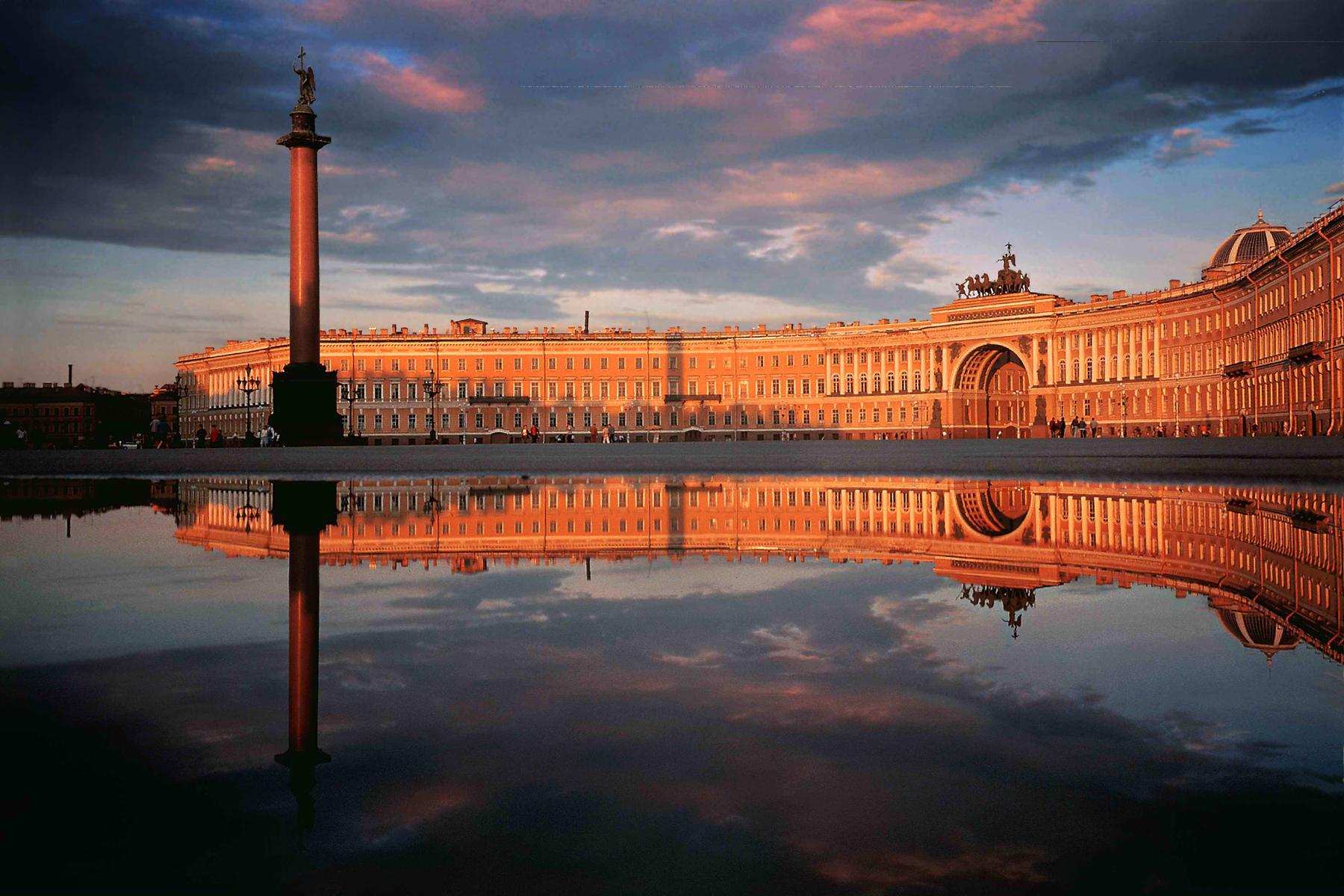 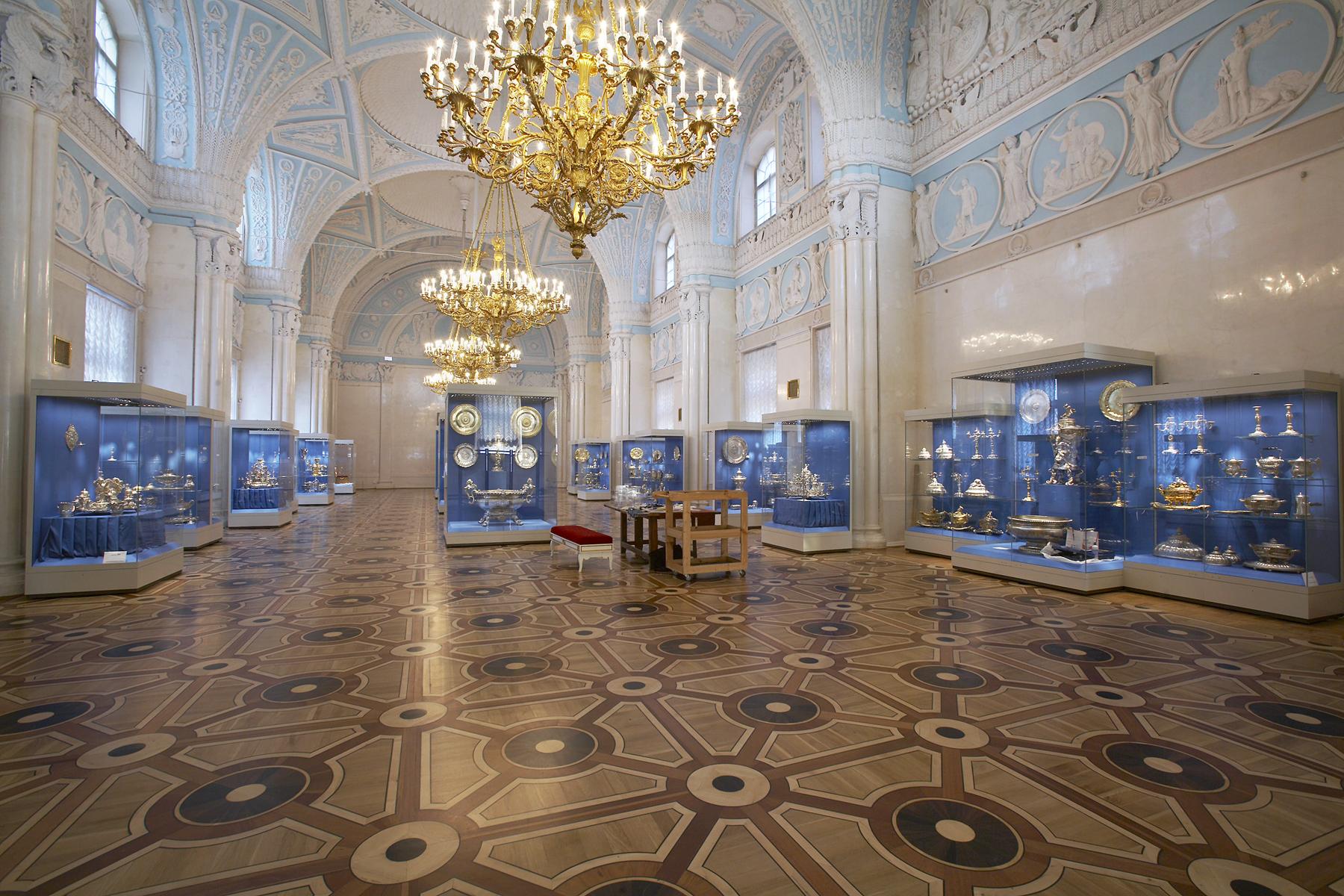 PHOTO: The State Hermitage Museum
Previous Next
1 OF 7

Spend the first three days docked in St. Petersburg along the Neva River, where you can board busses for visits to The Hermitage, Catherine Palace at Pushkin, and the colorful interior of the Church of Our Saviour on Spilled Blood. St. Petersburg is often referred to as the Venice of the North; a canal boat ride along the former marshland of the Neva River delta is rewarded with views of gorgeous architecture, bridges, and parks.

INSIDER TIPIf your camera has a color-enhancement setting, make sure to set it for your visit to the Church of Our Saviour on Spilled Blood. The church is undergoing exterior restoration on one of its domes but its interior is the real deal. 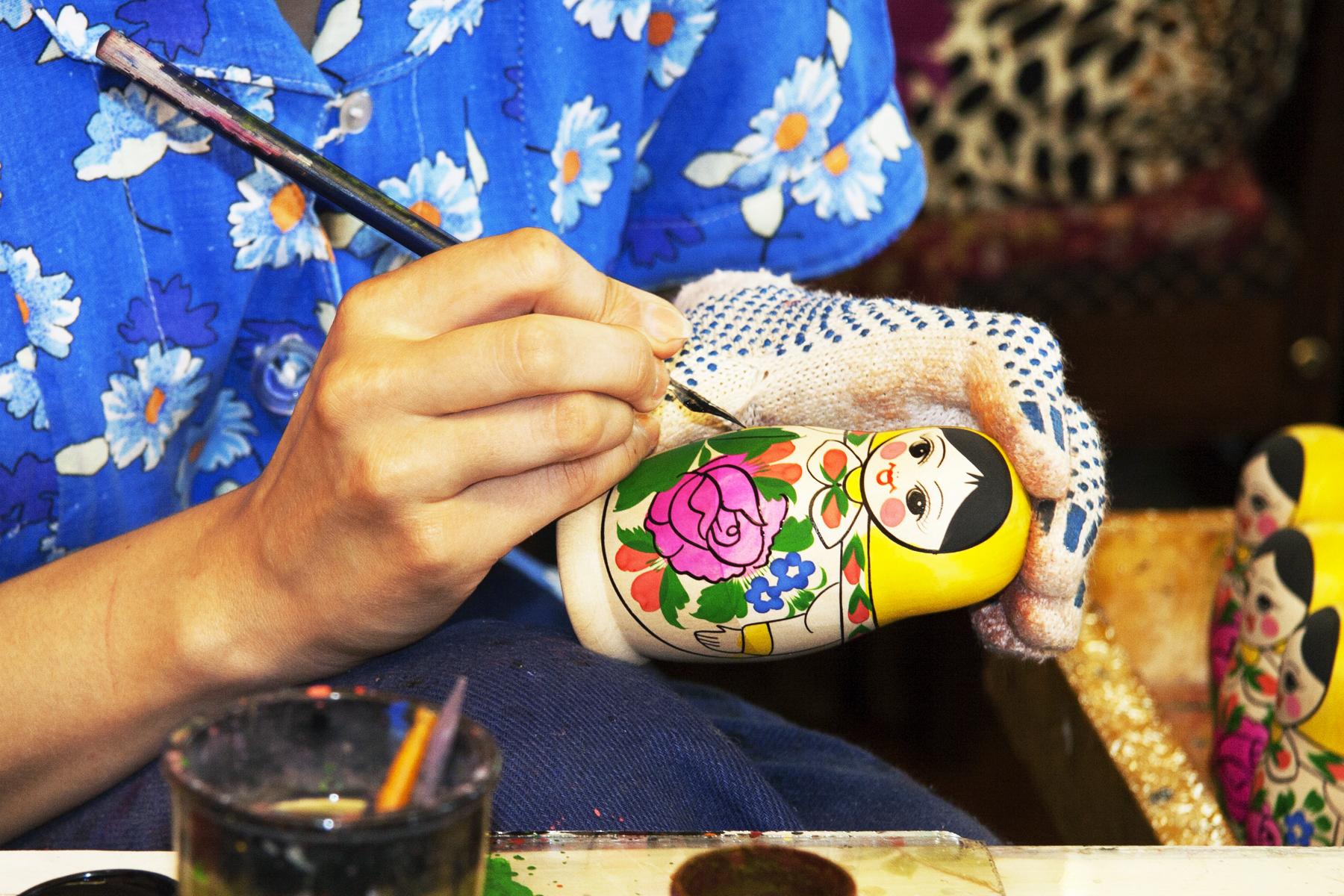 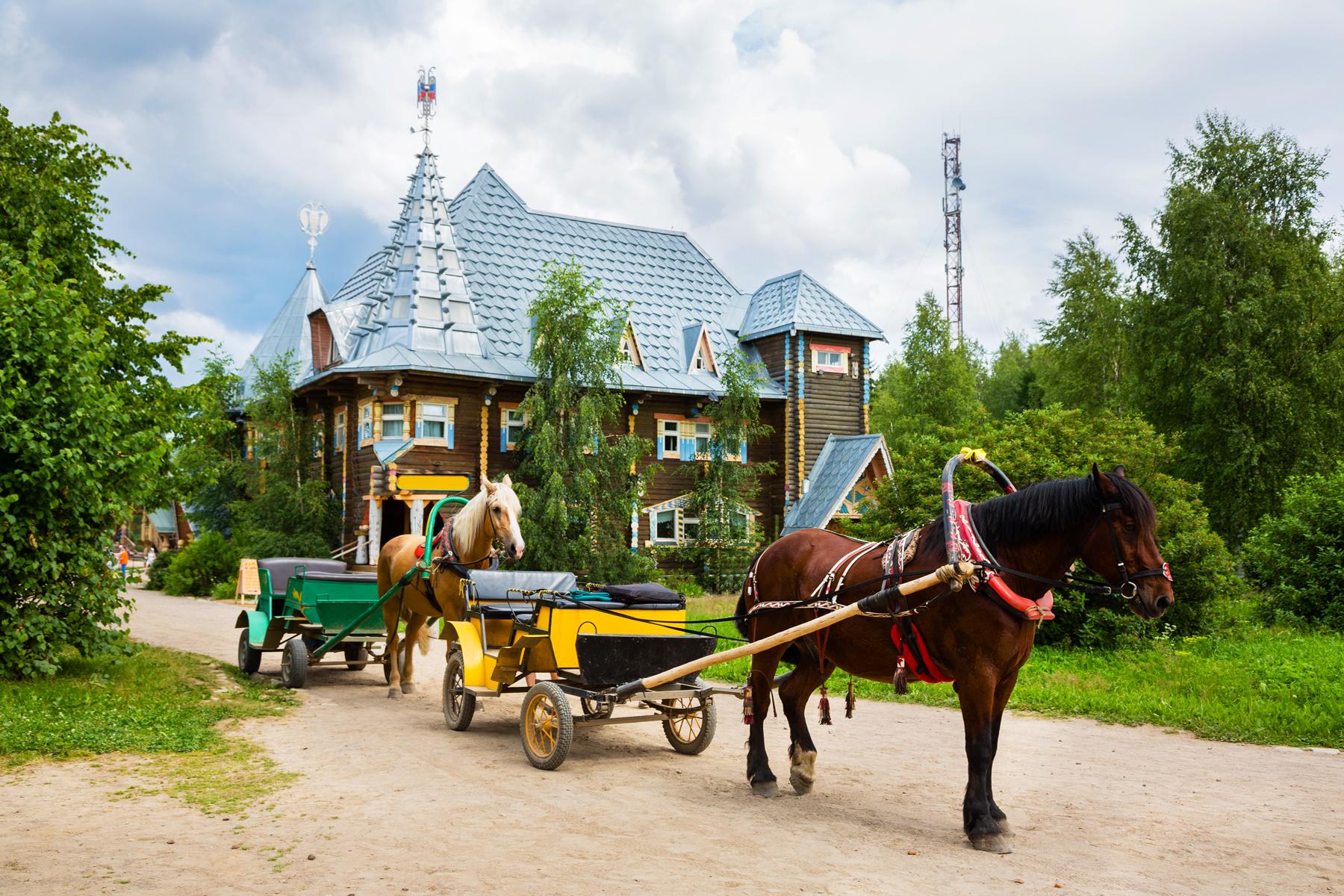 The Viking Truvor’s first port-of-call is the traditional Russian village of Mandrogy. The village was destroyed during World War II and rebuilt by Sergei Gutzeit, an enterprising Russian who transformed it into an open-air museum complete with artisan studios, windmills, vodka and bread museums, and herb gardens. Here, you can take part in a matryoshka doll-painting workshop inside one of the traditional buildings, learning about the history of Russia’s beloved folk art staple while later admiring a few artists hand-painting them for sale. These can fetch several hundred dollars but the intricate attention to detail is stunning, so if you’re interested in picking up a set, budget for what might become your priciest Russian souvenir. 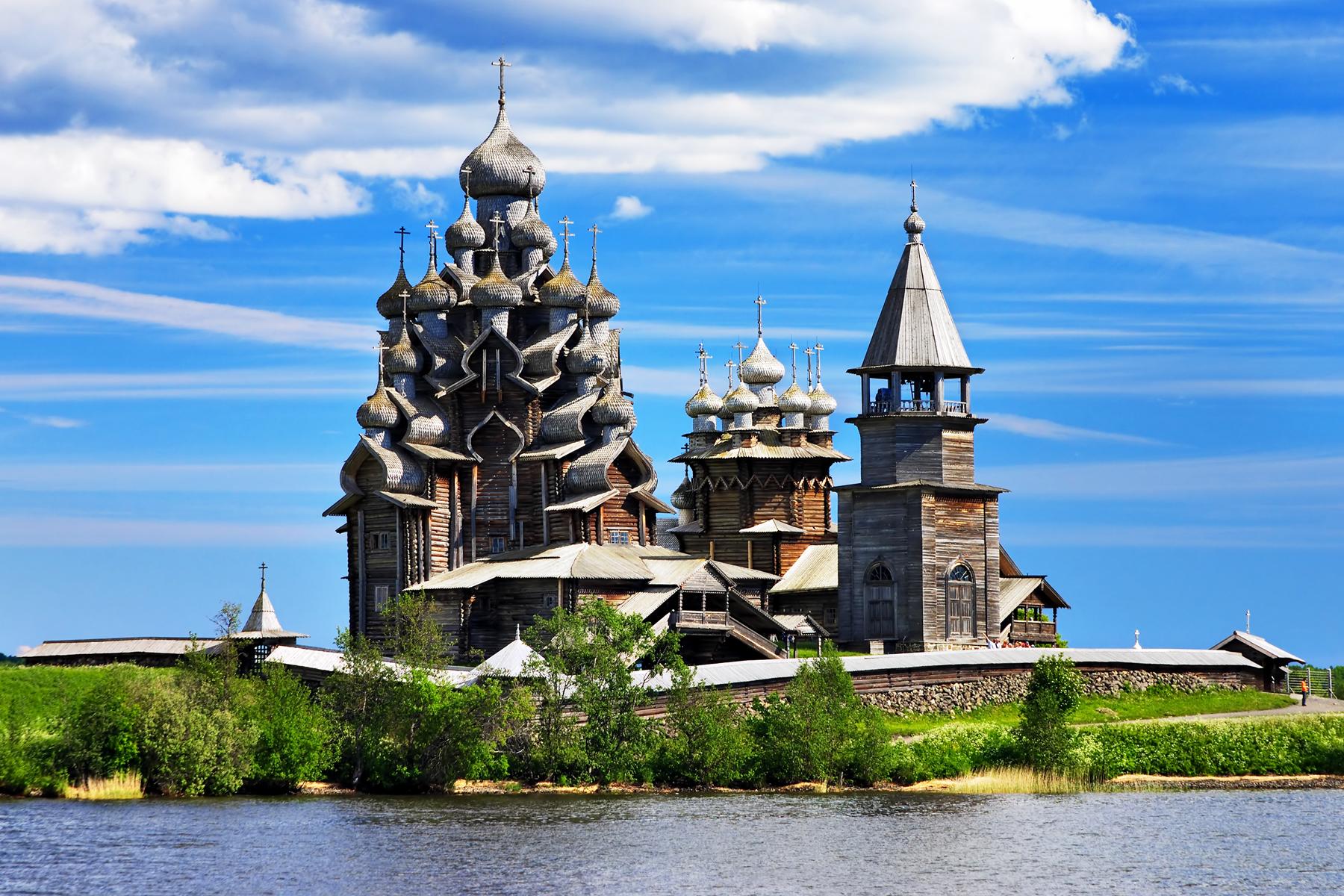 Approaching Kizhi’s 22-domed, 18th-century Transfiguration Church in the near distance will bring a collective series of oohs and ahhhs from fellow passengers. The island is a UNESCO World Heritage Site and its collection of 80 wooden buildings (including the church) was brought here in the 1950s from various parts of Russia. The bell tower is manually rung on the quarter hour and can be heard from anywhere on the island. Hearing it is a thing of beauty. 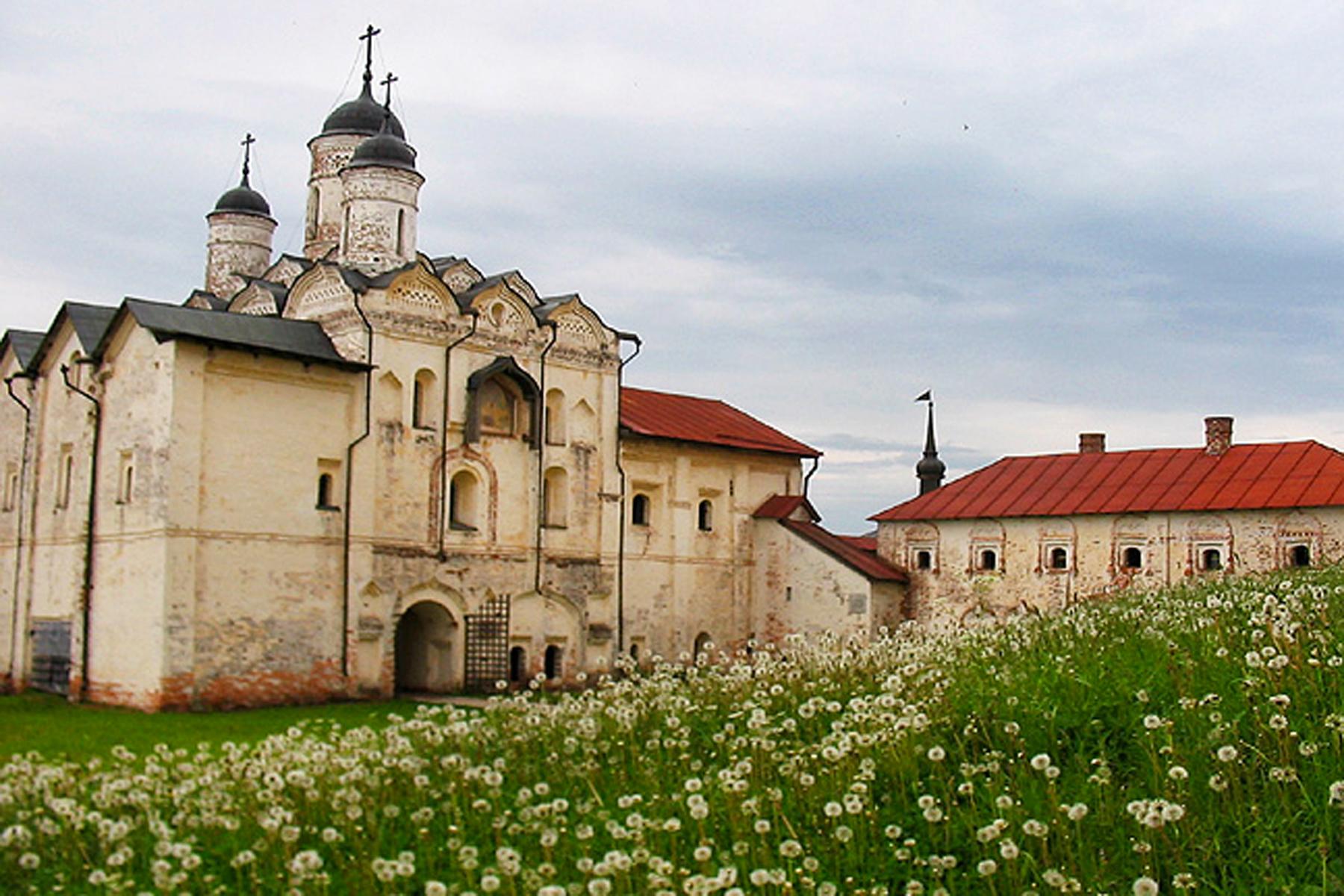 While docked in Goritzy, depart by bus to the Kirillo-Belozersky Monastery, set on scenic Lake Siverskoye. The largest monastery in Europe, this impressive complex of buildings is best known for its dizzying array of icons and frescoes. Hard to believe that this all started with a cave dug by two men; its thick walls and eight guard towers later became a place of pilgrimage for the tsars. It was briefly closed in 1924 by the Bolsheviks who either arrested or executed the monks. Luckily, the Kirillo-Belozersky remained a museum, escaping the fate of other Russian monasteries turned into concentration camps for political prisoners. 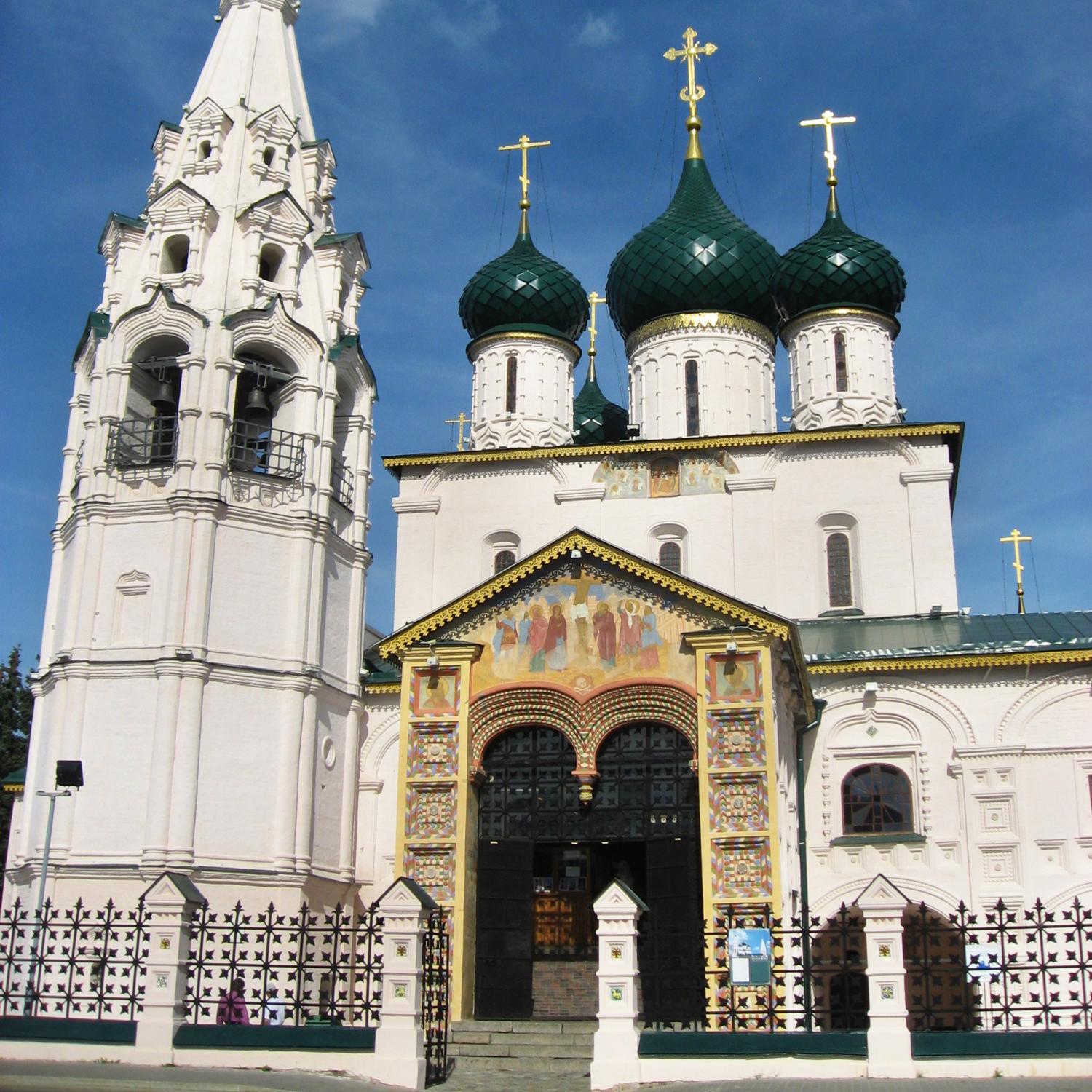 Yaroslavl is part of Russia’s Golden Ring, which is comprised of some of Russia’s oldest towns that contained its important cathedrals and kremlins (fortresses). Apparently Muscovites were obsessed with rings, so when it came time to select points of interest that were accessible from Moscow, Soviet tourism heads drew a loop that started and ended in Moscow, branding it the Golden Ring. Yaroslavl is 1,007 this year and its Church of St. Elijah the Prophet is stunning with its ornately decorated ceilings and frescoes. In town is a lovely public market with local goods and produce.

INSIDER TIPChocolate at the market! There are rows of it for sale and you can purchase it by the piece to build your own collection of treats for enjoying on the road or bringing back home. 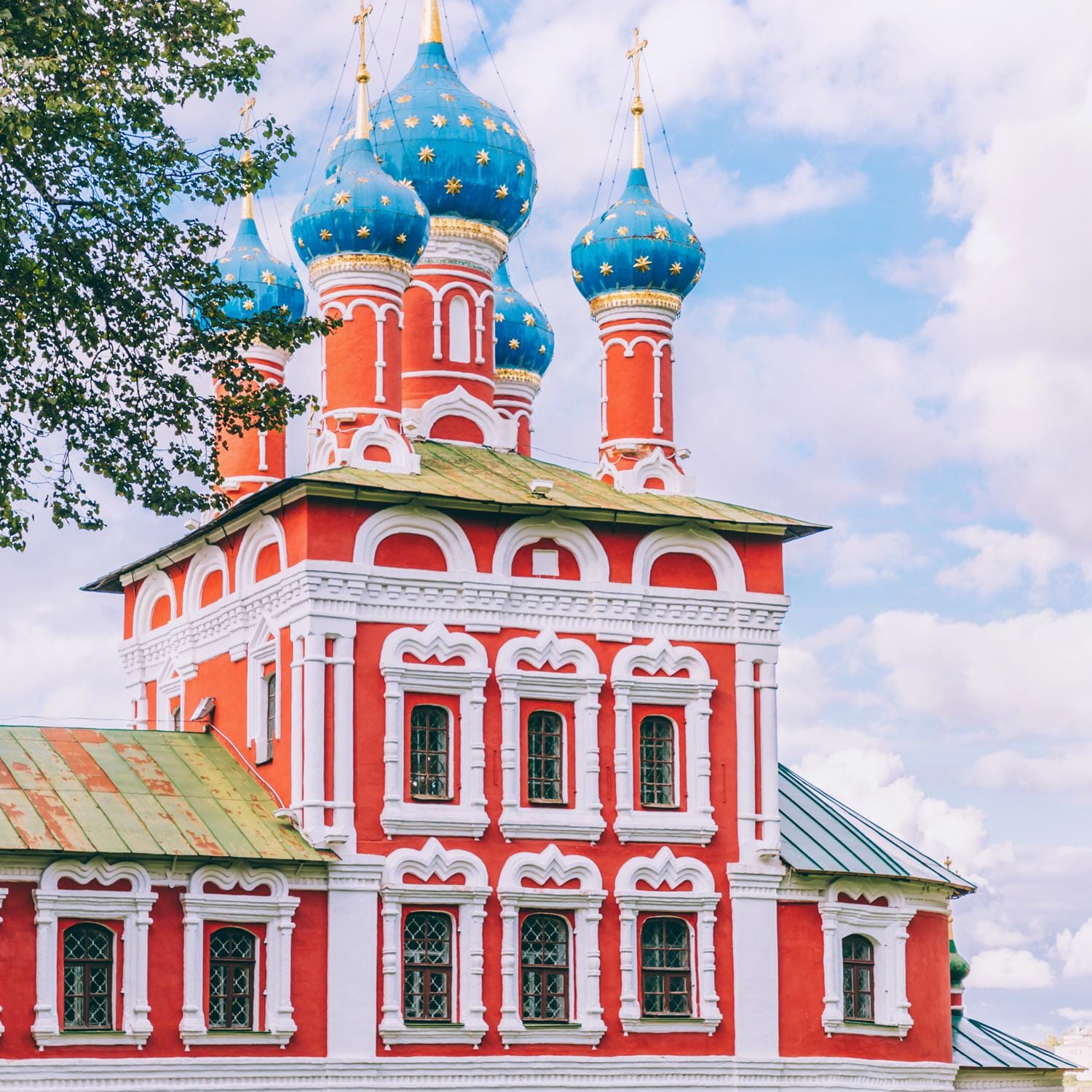 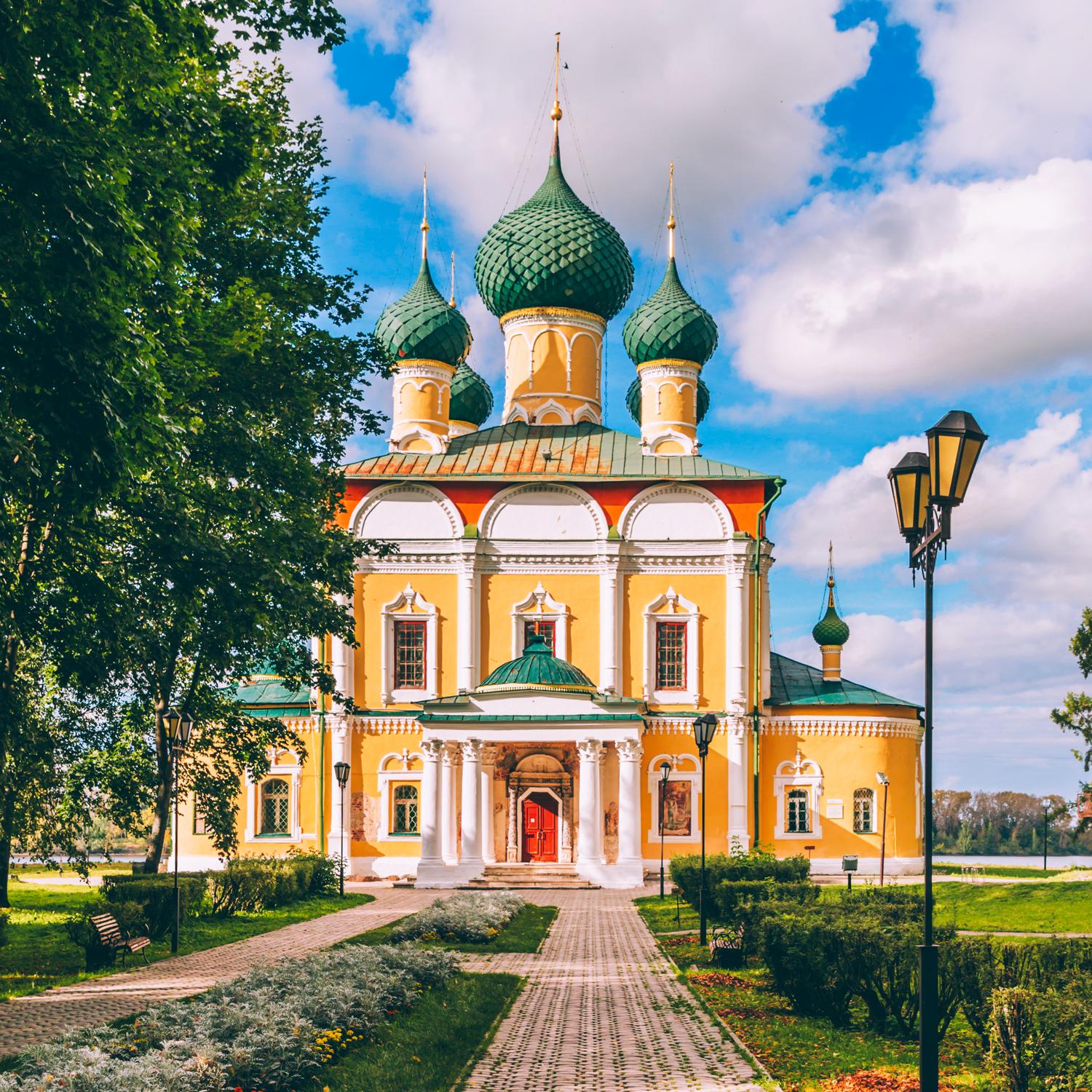 PHOTO: Viking
Previous Next
6 OF 7

Another Golden Ring city, Uglich sits on the Volga River. Though founded in 1148, its origins go back to 937. Its highlight is the adorable, blue-domed, golden-starred Church of St. Dmitry on the Blood. There are shops nearby selling Soviet-era items, lacquer boxes, matryoshka dolls, and other trinkets. The nearby vodka museum offers a history of Russia’s beloved drink of choice. If you walk along the main part of the town you’ll find several classic examples of Russian architecture, including a few lovely churches and the golden-domed Resurrection Monastery. 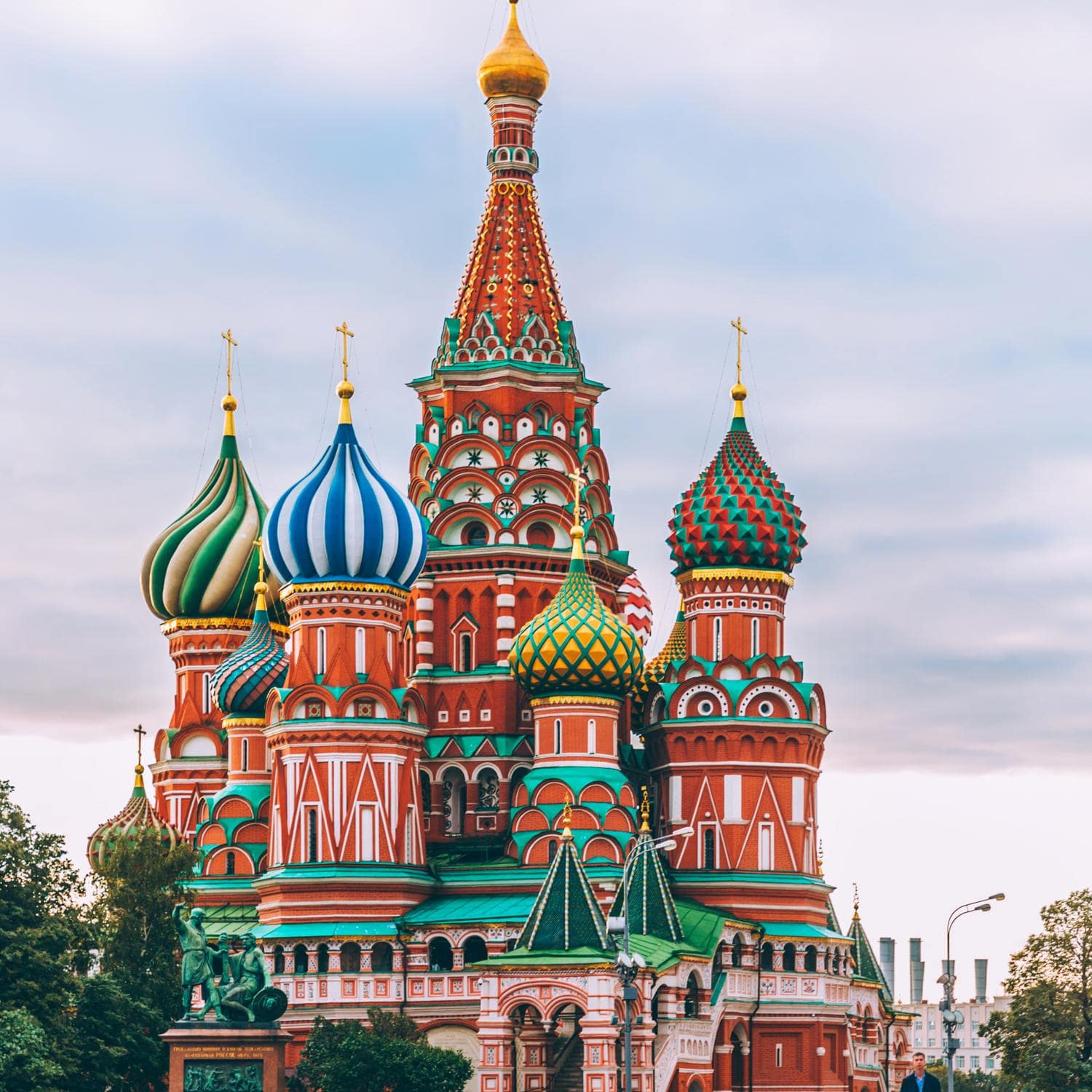 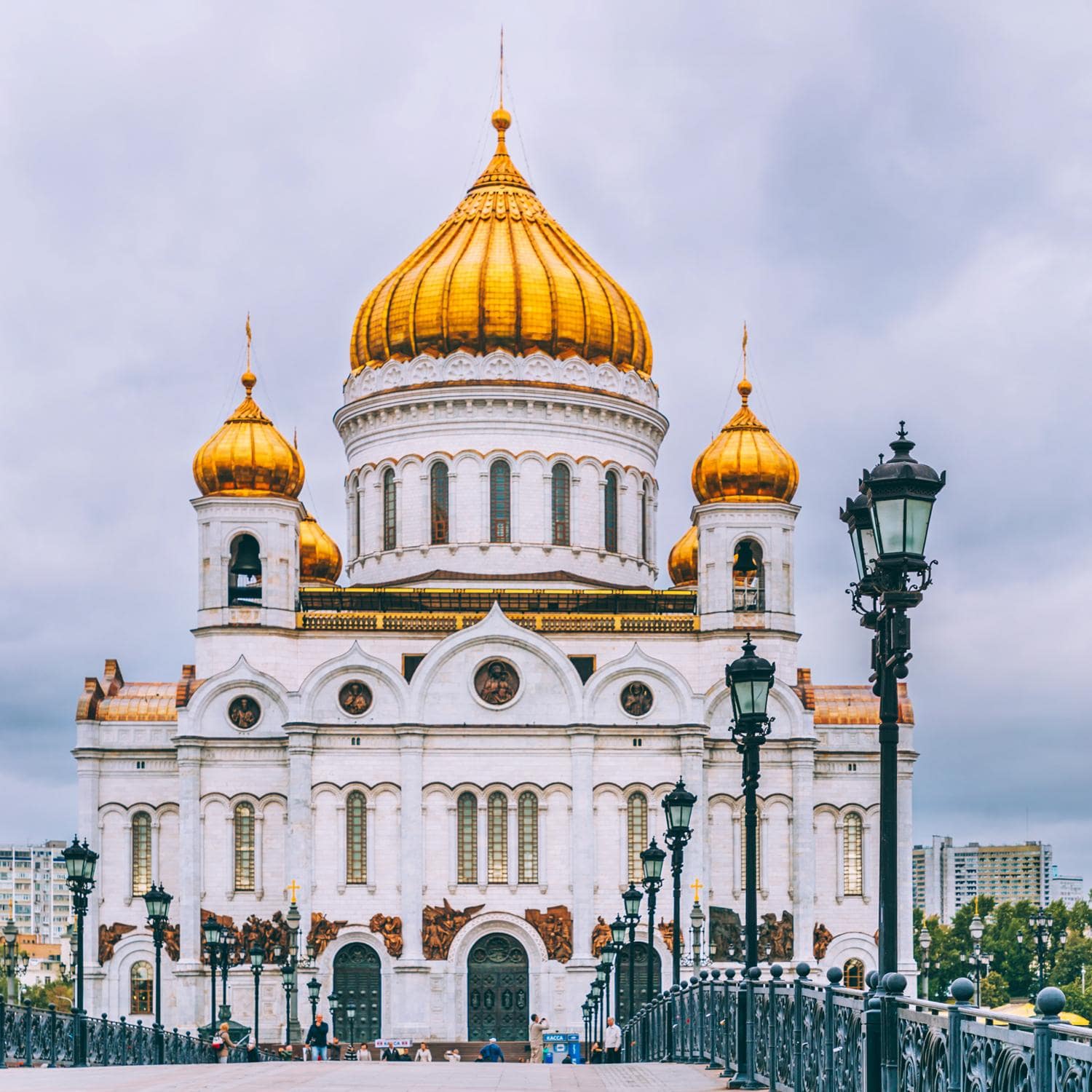 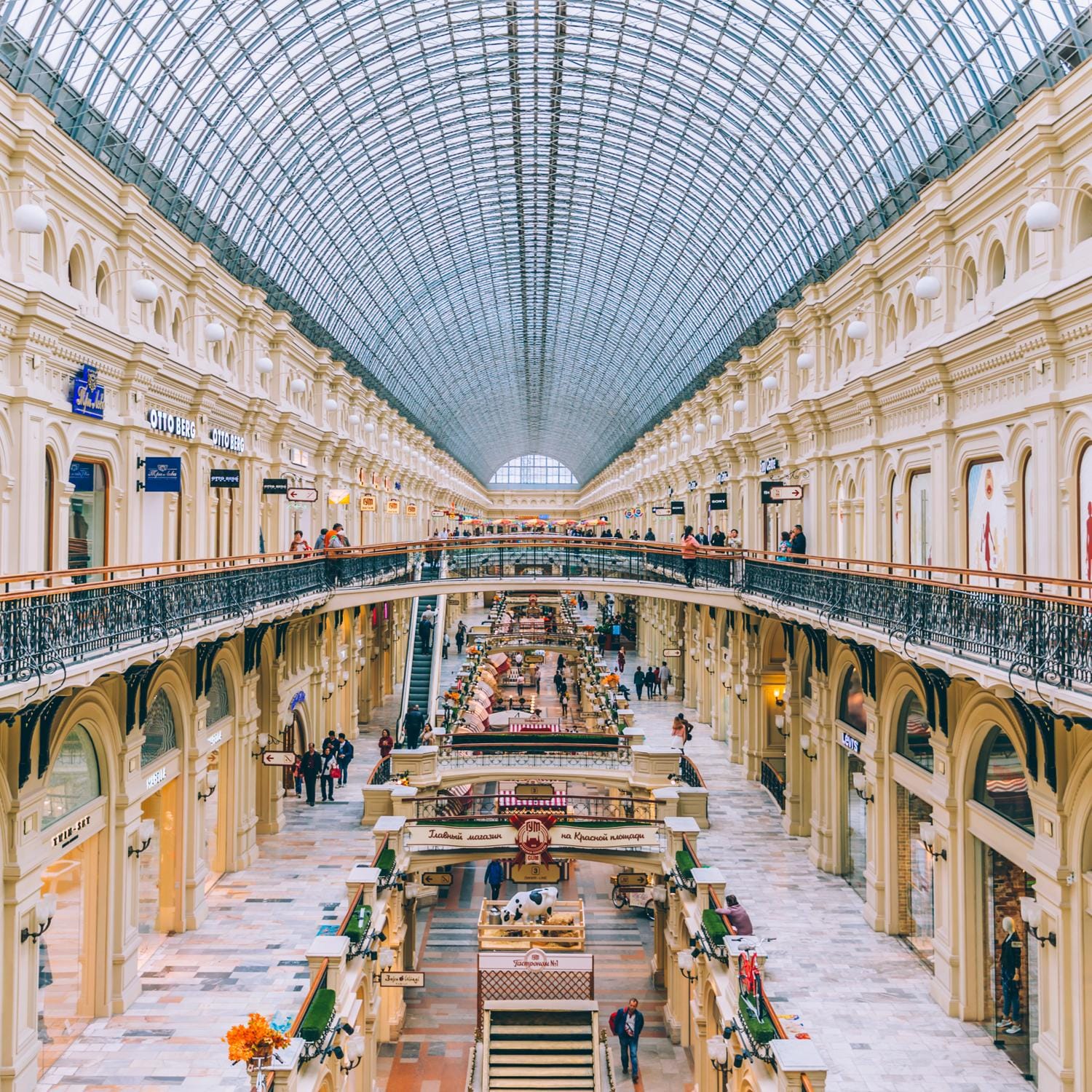 PHOTO: Viking
Previous Next
7 OF 7

With a staggering history (and size), Moscow is an exercise in choosing your outings wisely. It takes time to navigate the metros, but being in some of them is a dream come true for architecture lovers. Favorites include Mayakovskaya and Ploshchad Revolyutsii stations, but if your plans include the very cool Cosmonaut Museum, it’s right outside VDNKh metro station (another gem complete with antique chandeliers and cream with dark green-domed walls).

INSIDER TIPMoscow by night is not to be missed. You can take a one-hour boat ride near the center of town and enjoy The Kremlin, St. Basils and the rest of the city illuminated along the water.