Transylvania, Romania’s loveliest region, is full of oddities. There are the obvious sites related to Dracula and forests, but beyond those is a wealth of eccentric attractions with unusual claims to fame. This list includes some off-the-beaten-path destinations that show how much cultural, natural, and historical variety there is in Ardeal, as Romanians call the mountainous and historically rich area. 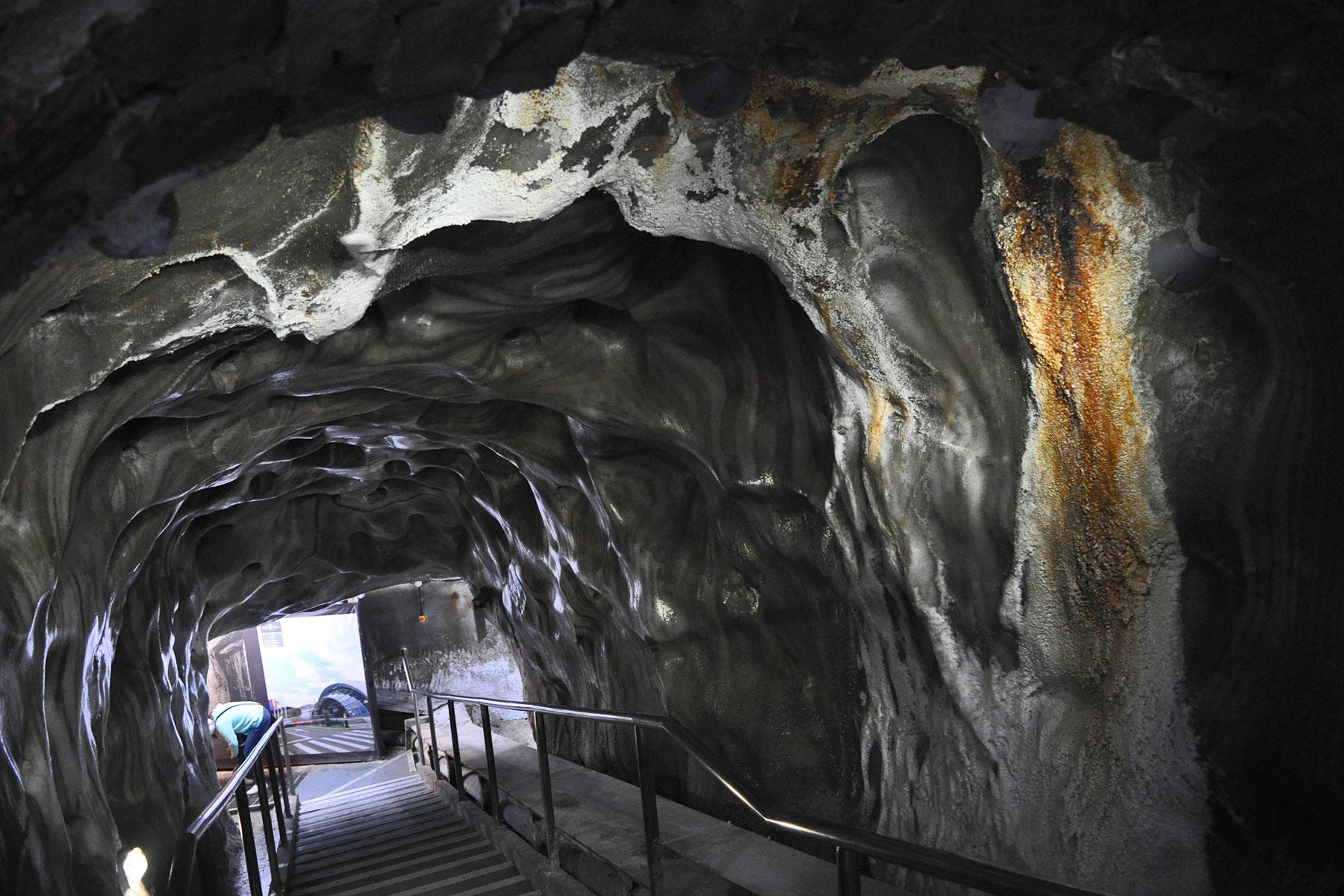 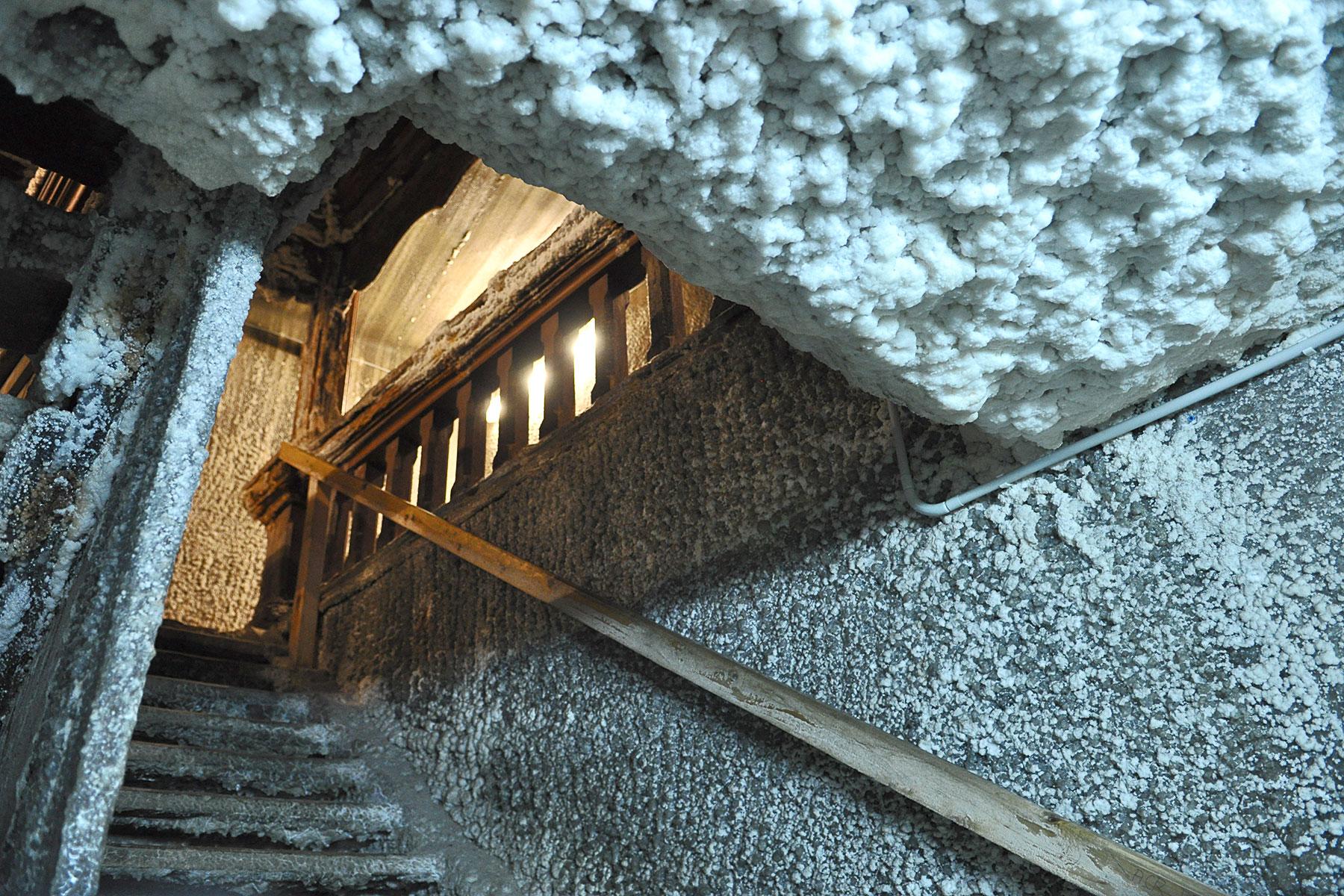 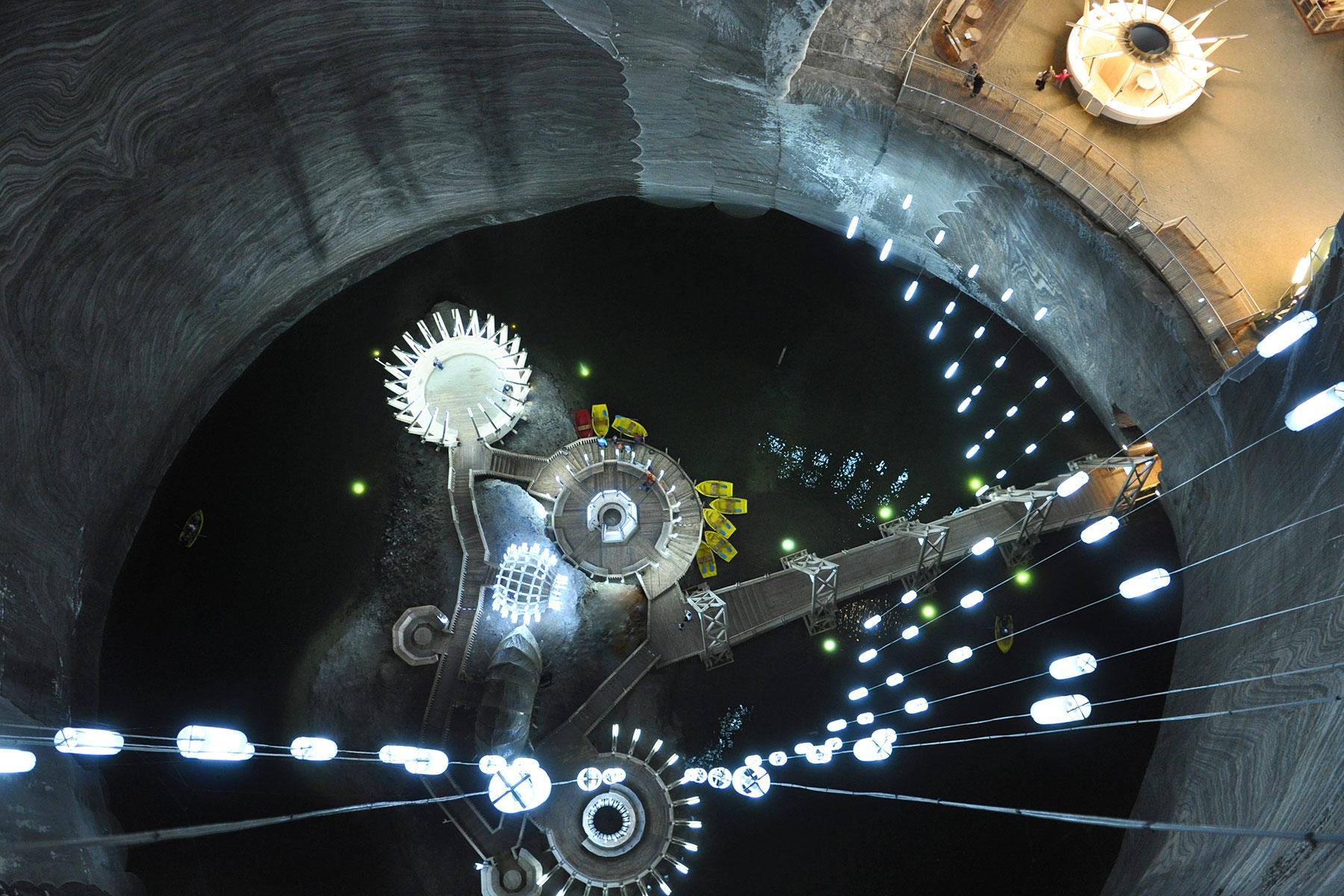 The Turda Salt Mine is an otherworldly place. It extends to 368 feet underground, with eerie lighting and ghostly-looking salt stalactites on the walls. It’s believed that the concentration of salt is healthful for people with respiratory issues. The space is so massive that it easily fits a mini-theme park, including a Ferris wheel. Astonishingly, the facilities also include a mini-golf course, bowling lanes, a boating lake, spa treatment rooms, and an amphitheater.

INSIDER TIPTake the stairs if your physical condition allows. You’ll get a different view of the space from each level, and can snap some great photos this way. 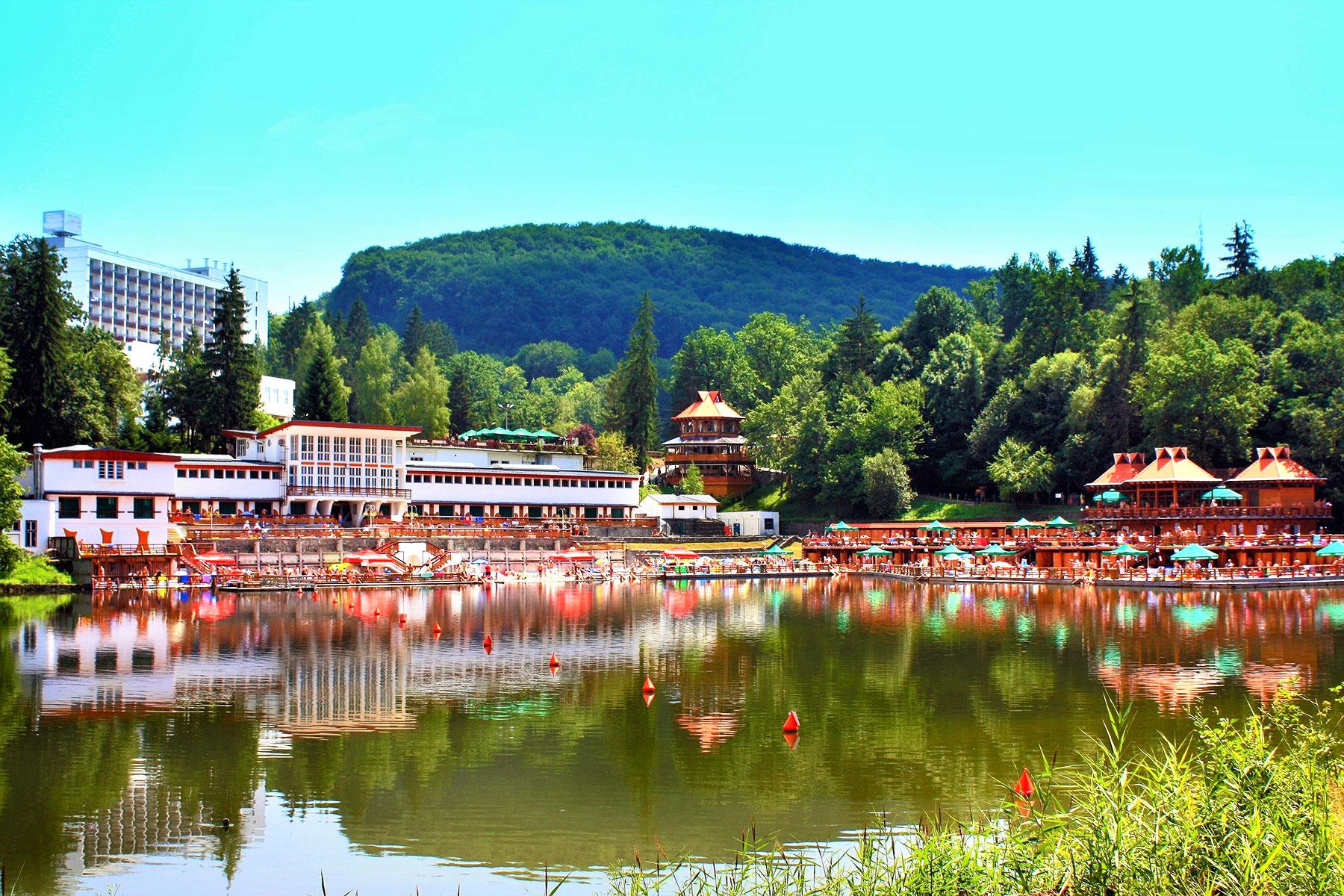 Bear Lake, which was formed in 1875 following a salt mine’s collapse, is the biggest heliothermal lake in the world. A heliothermal body of water, besides being a mouthful, is a body of water that is heated by the sun. The lake is fed by several brooks, and the freshwater from those brooks is layered on top of saltwater, which absorbs the solar warmth. As with Salina Turda, it’s beloved by locals and visitors who believe the salt has medicinal properties. Near Bear Lake is the Danubius Health Spa Resort, another four salt lakes, and protected plants that also form part of the Bear Lake Natural Reserve. Oh, and the name? The lake is shaped like an outstretched bearskin rug.

INSIDER TIPSwimming isn’t allowed between 1 and 3 p.m., so that period is a good time for a picnic or a hike. It’s best to arrive early to avoid crowds, especially during summer weekends. 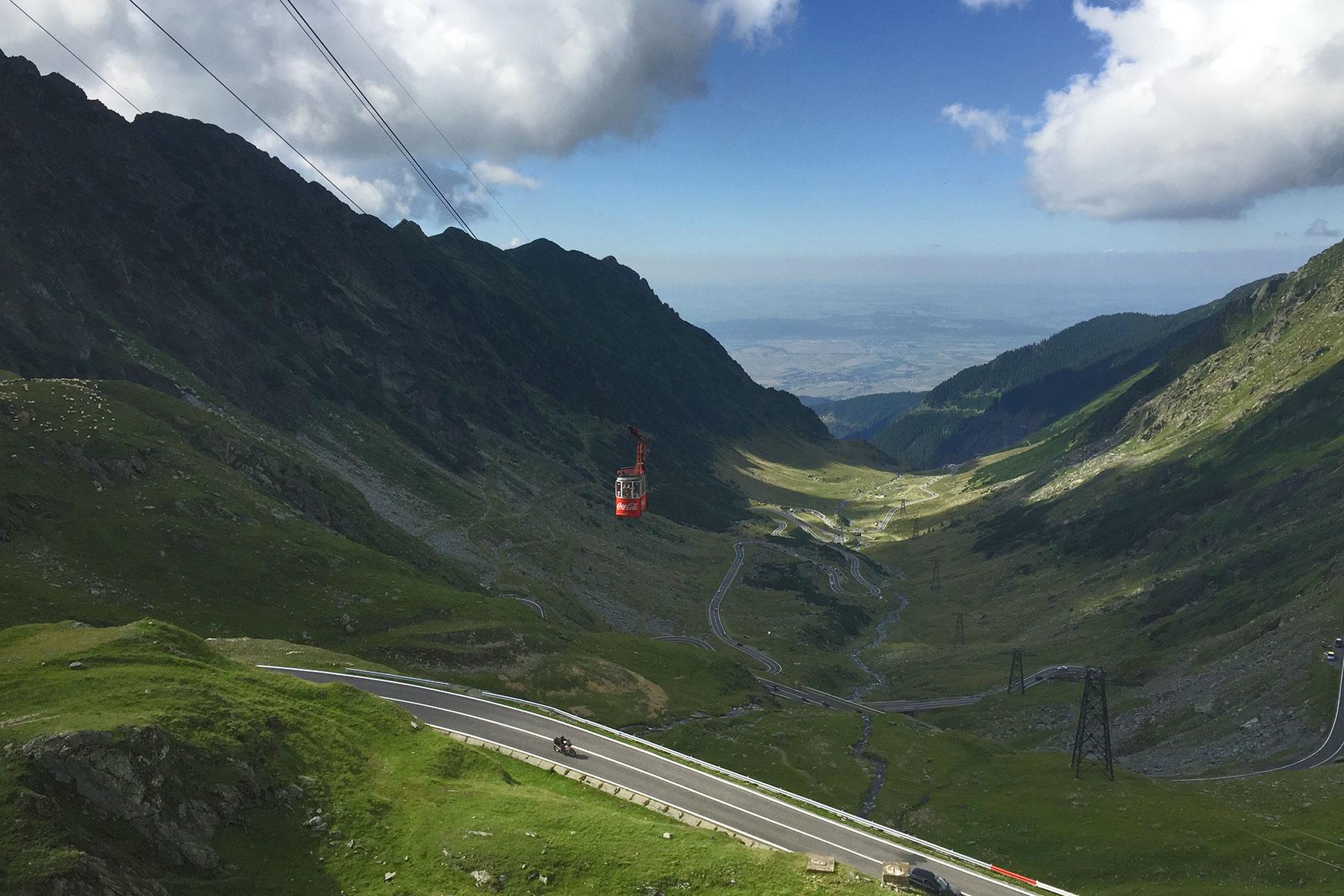 Construction of this route, winding through the Transylvanian Alps and reaching 6,699 feet in altitude, was completed in 1974 at the cost of at least 38 workers’ lives. On an episode of Top Gear, Jeremy Clarkson excitedly called it the world’s best road for driving because of its sharp curves and race track-like appearance―although nervous drivers may find it daunting. Off this scenic highway is some excellent hiking as well.

INSIDER TIPThe highway is so high up that there’s always snow at the top, so the full route is only open in the warmer months. It’s worth checking online beforehand as the dates vary by year. 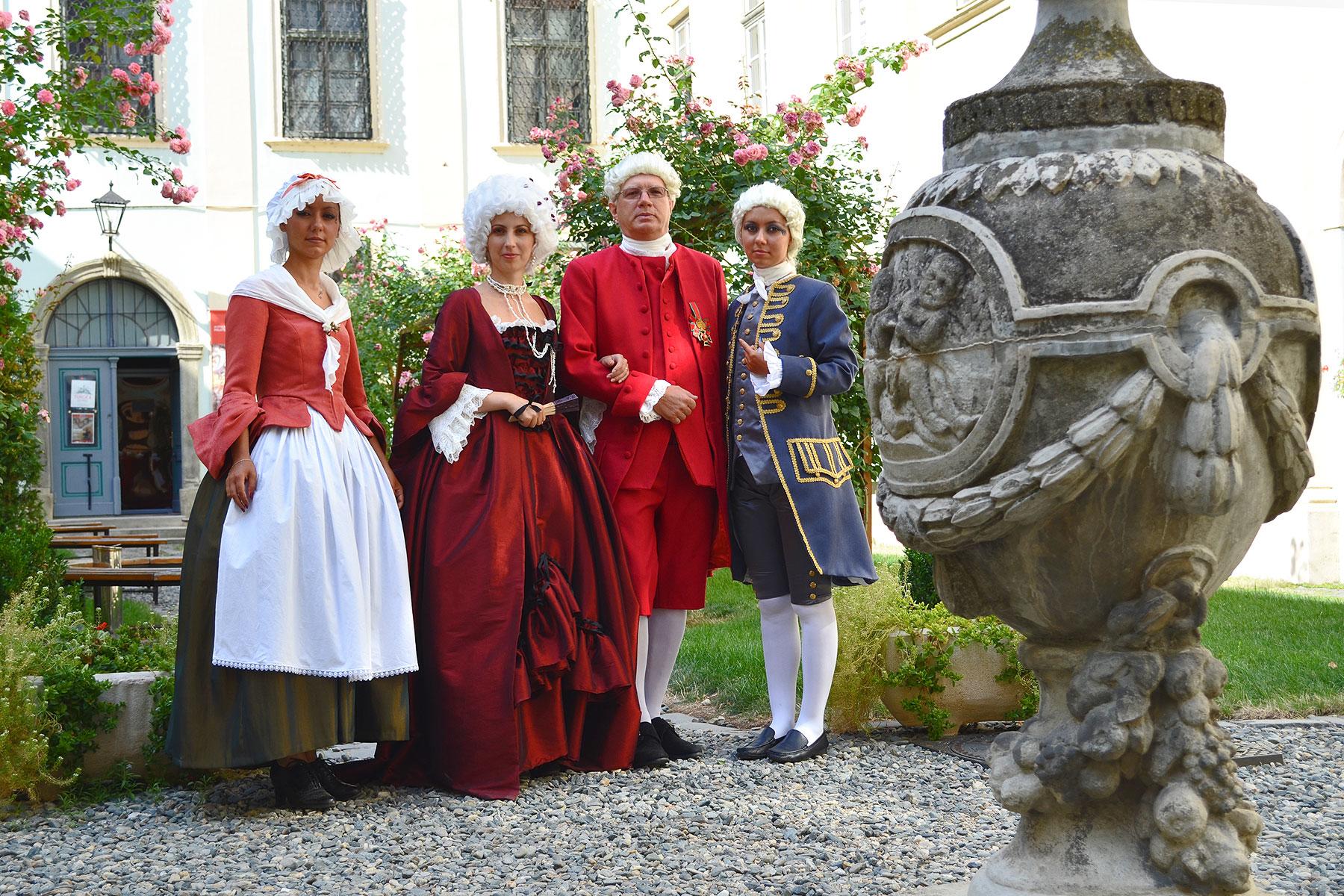 This small museum, in the pleasant city of Sibiu, hints at Romania’s royal history and its abundant wildlife. It’s a tribute to Colonel August von Spiess, a royal hunting master under King Ferdinand I of Romania, starting in 1921. The museum contains hunting weapons, animal parts from von Spiess’ African safaris in his 70s, and a strikingly large and fierce mounted bear, which looks poised for attack. Many of these animal trophies have bizarre expressions or arrangements―stuffed bear paws, anyone? 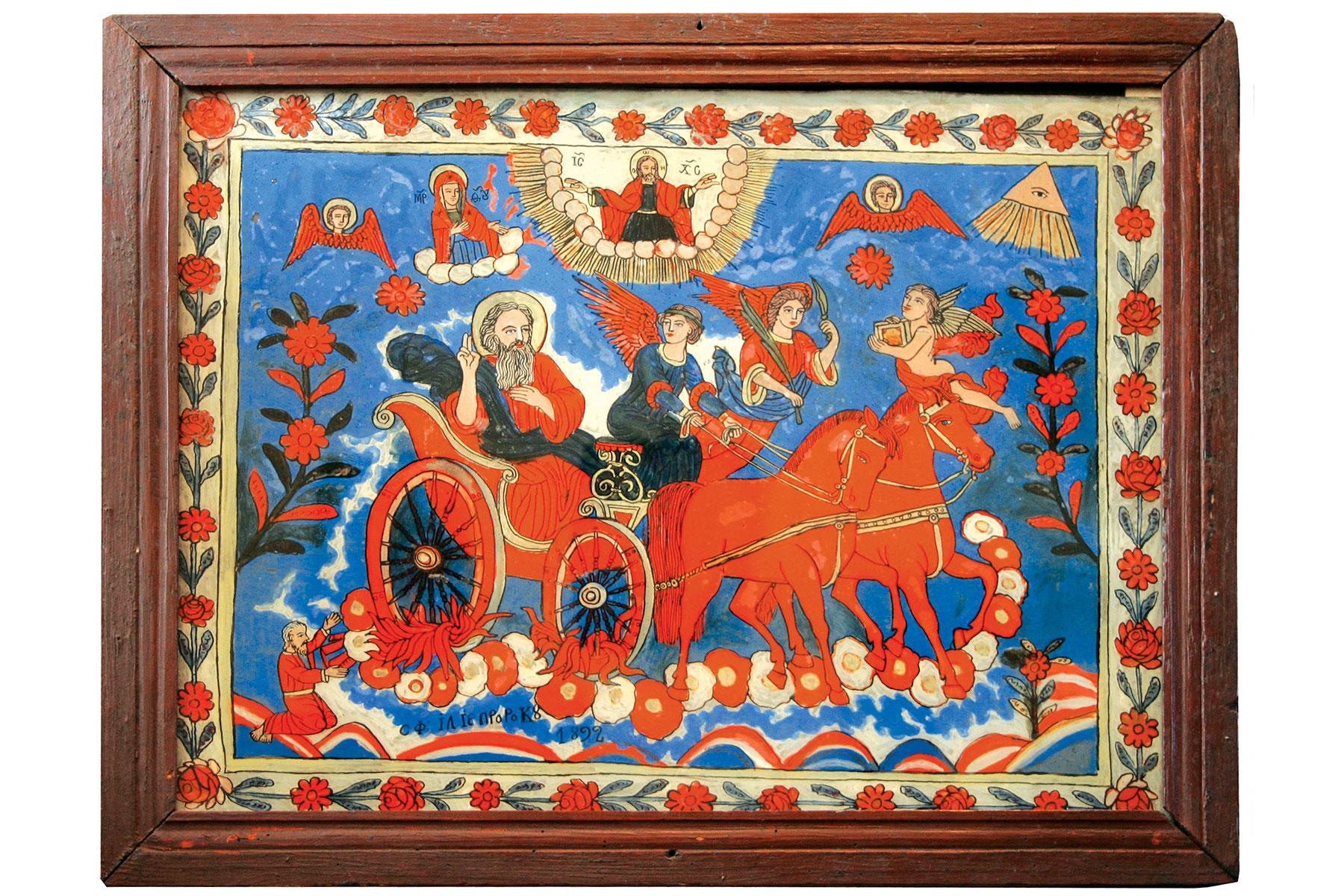 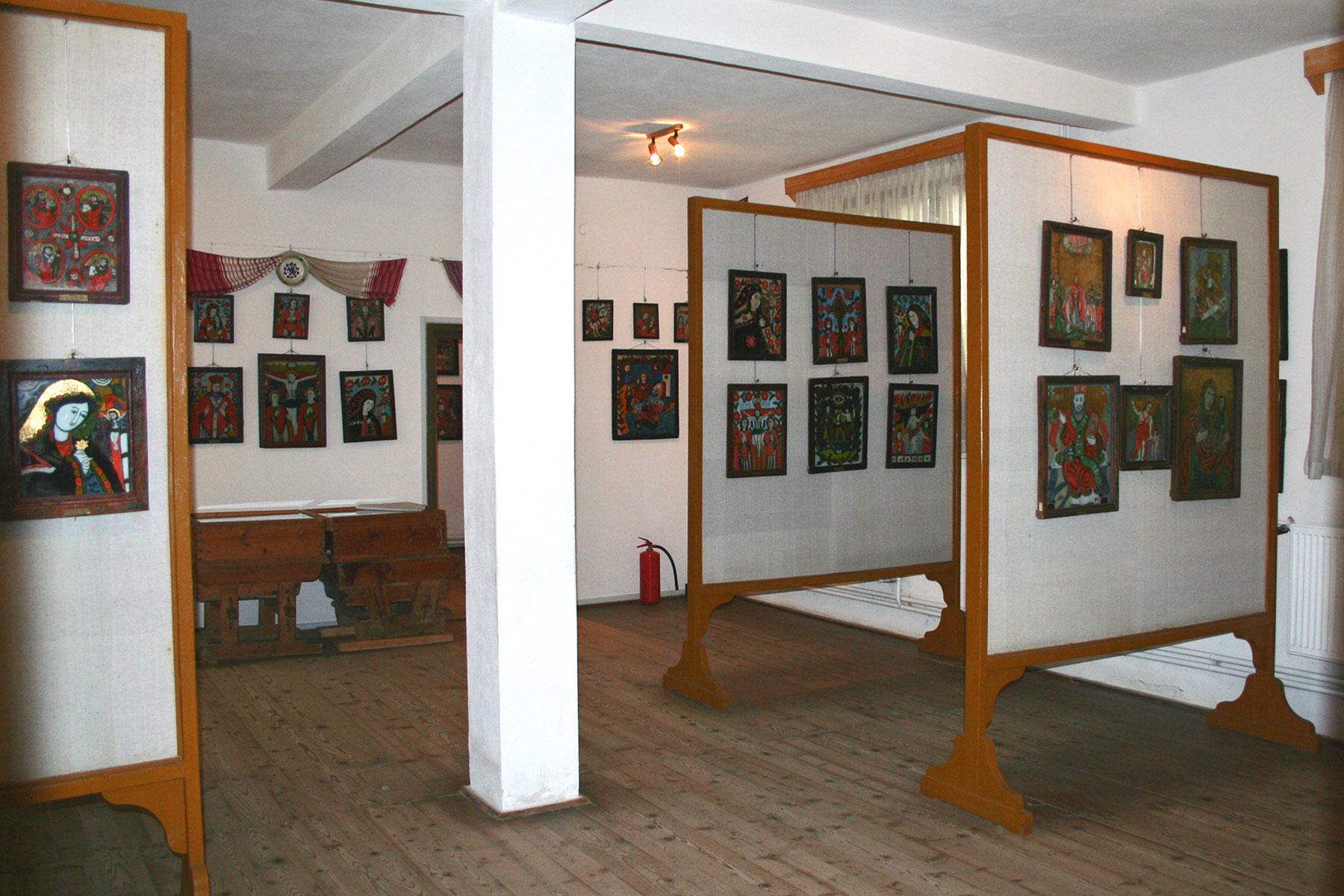 This modest building contains a stunning collection of Orthodox icons painted directly onto glass, in a typically naïve, childlike style. It was founded by the priest Zosim Oancea in 1969, following 15 years of political imprisonment. The first holdings were icons that villagers donated from their own homes. There are nearly 600 pieces in the collection now, showcasing the breadth of icon painting techniques across rural Transylvania. 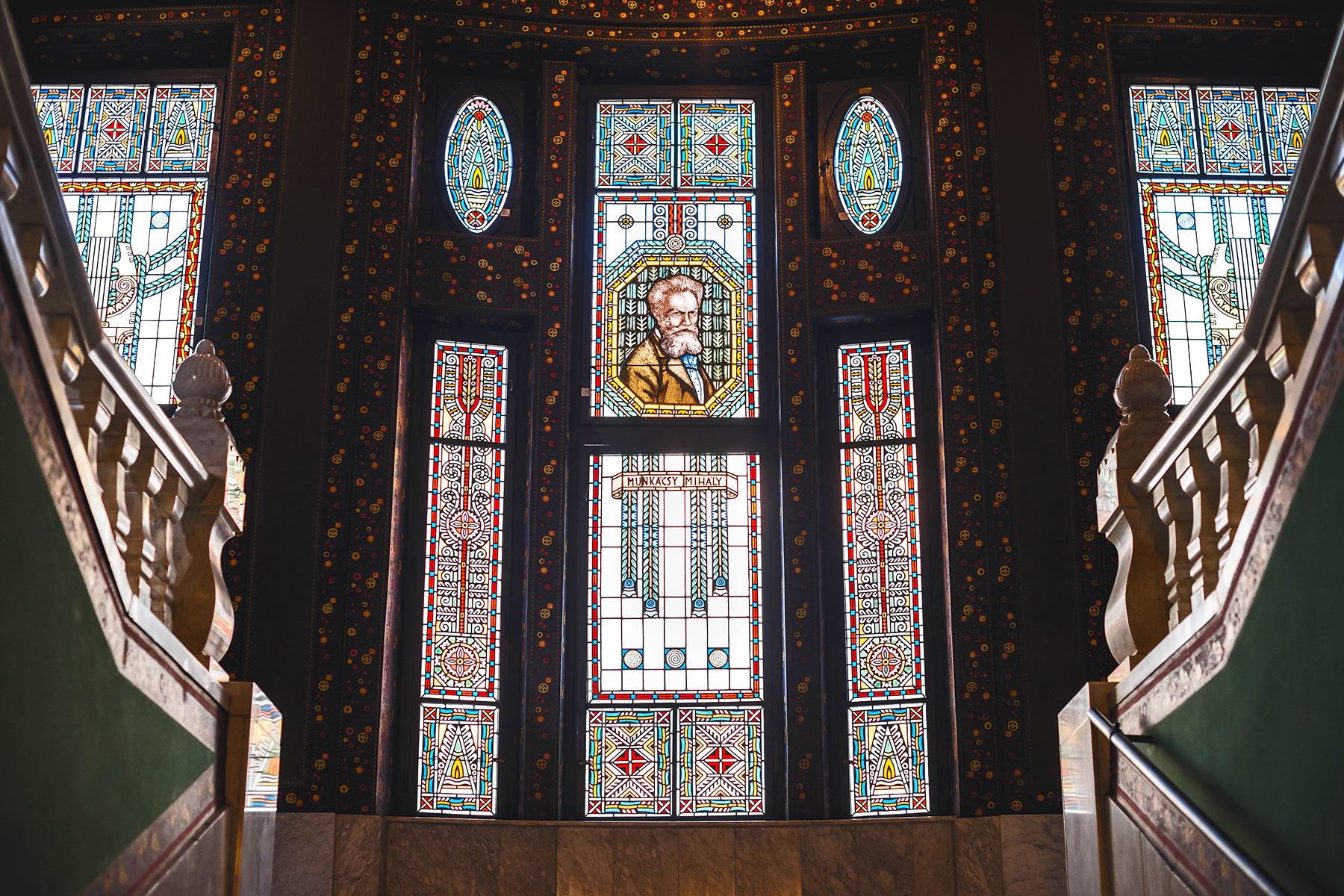 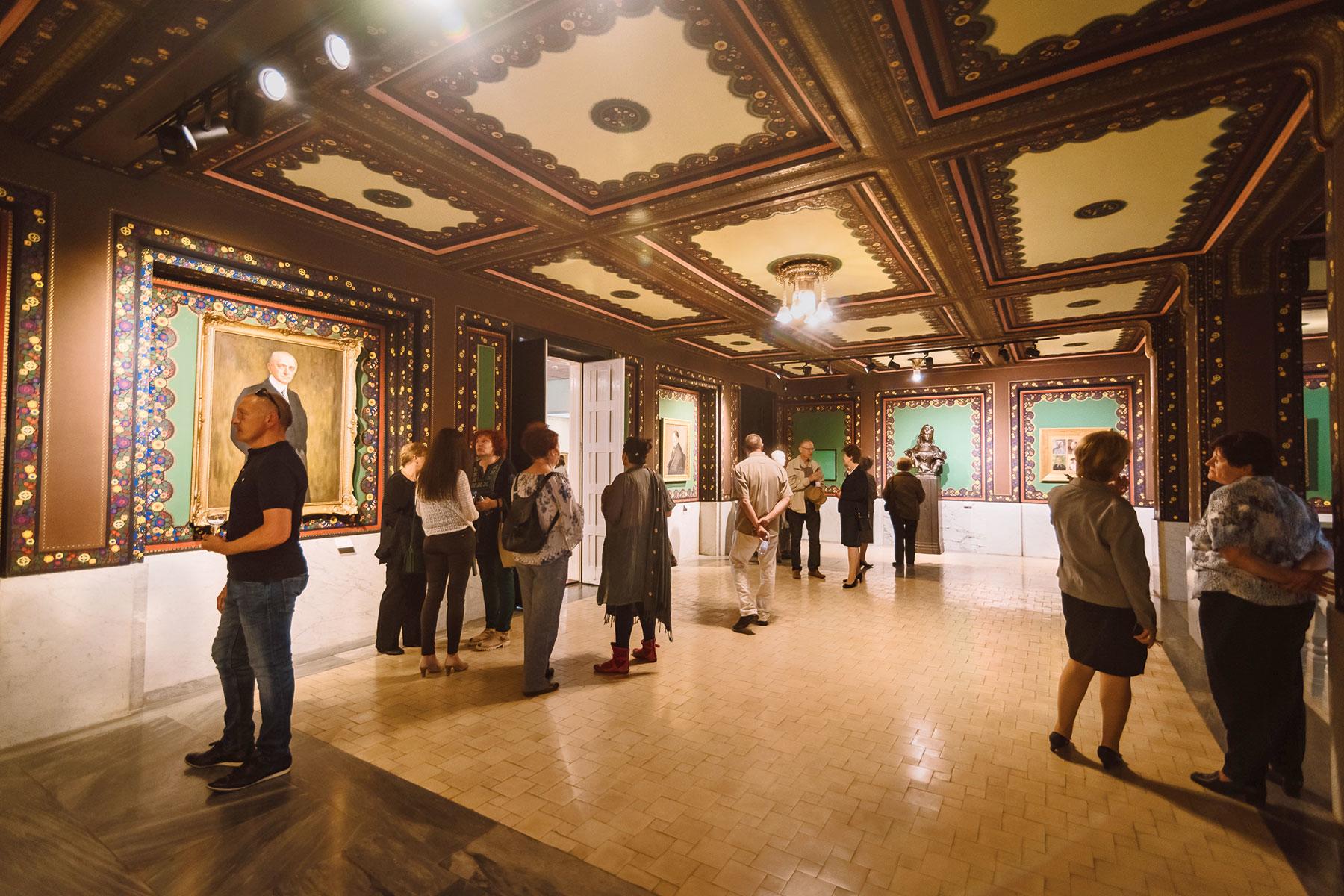 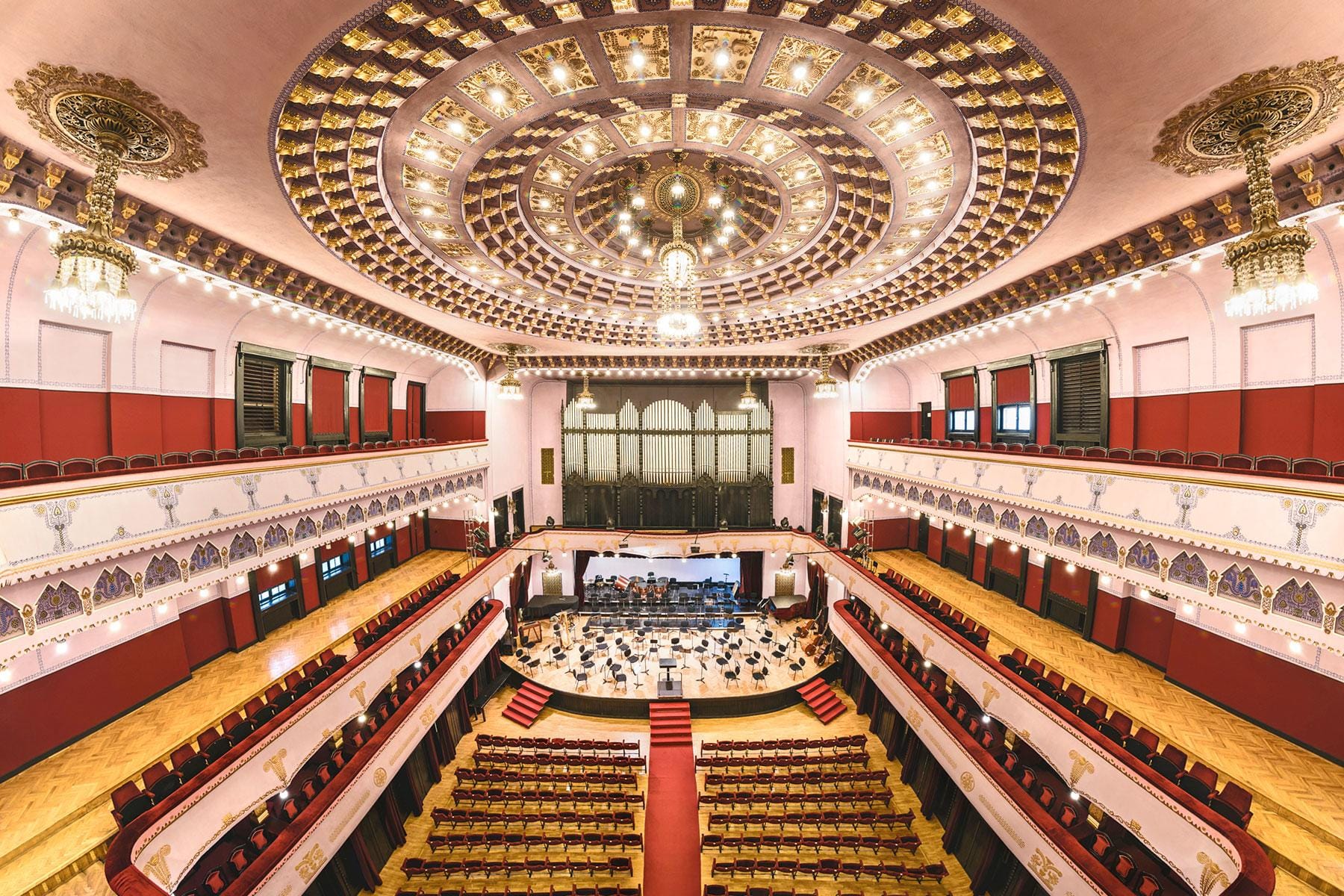 Another lovely collection of glass-based decorations is tucked away inside the Târgu Mureş Culture Palace. The building is a lavishly decorated cultural hub, containing museums, the philharmonic, and a public library. It was designed by two Hungarian architects as a tribute to the Hungarian culture influential in Transylvania, and completed in 1913. The result is a fusion of folk and modernist architecture and design. The highlight is the Hall of Mirrors, which contains 12 massive stained glass panels. These are striking in their size, their beautiful colors, and their imagery (based on Hungarian folk tales), which diverges from the usual religious content of Western stained glass.

INSIDER TIP A big draw in Transylvania is the beautifully preserved medieval town of Sighişoara, Dracula’s birthplace and a great place to spend a day. It’s an hour’s drive from Târgu Mureş.

Clearly, Transylvania has no shortage of striking religious buildings. The Săpânţa-Peri Monastery has the distinction of being the world’s tallest wooden church. It’s also an example of the wooden monastery construction in northern Transylvania, with elegant carvings and dramatic steeples. (Săpânţa is in the historical region of Maramureș, which is sometimes considered part of Transylvania.) 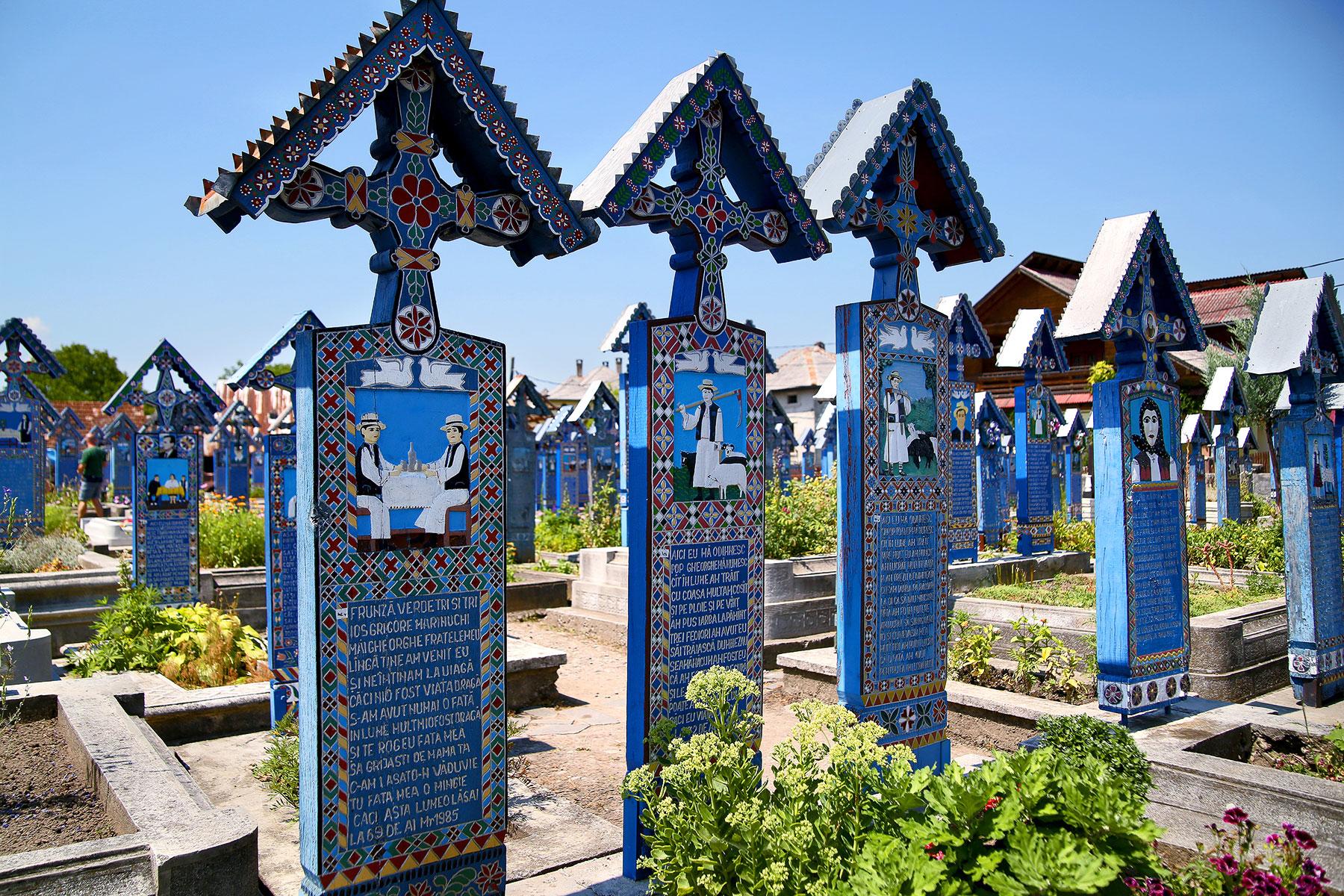 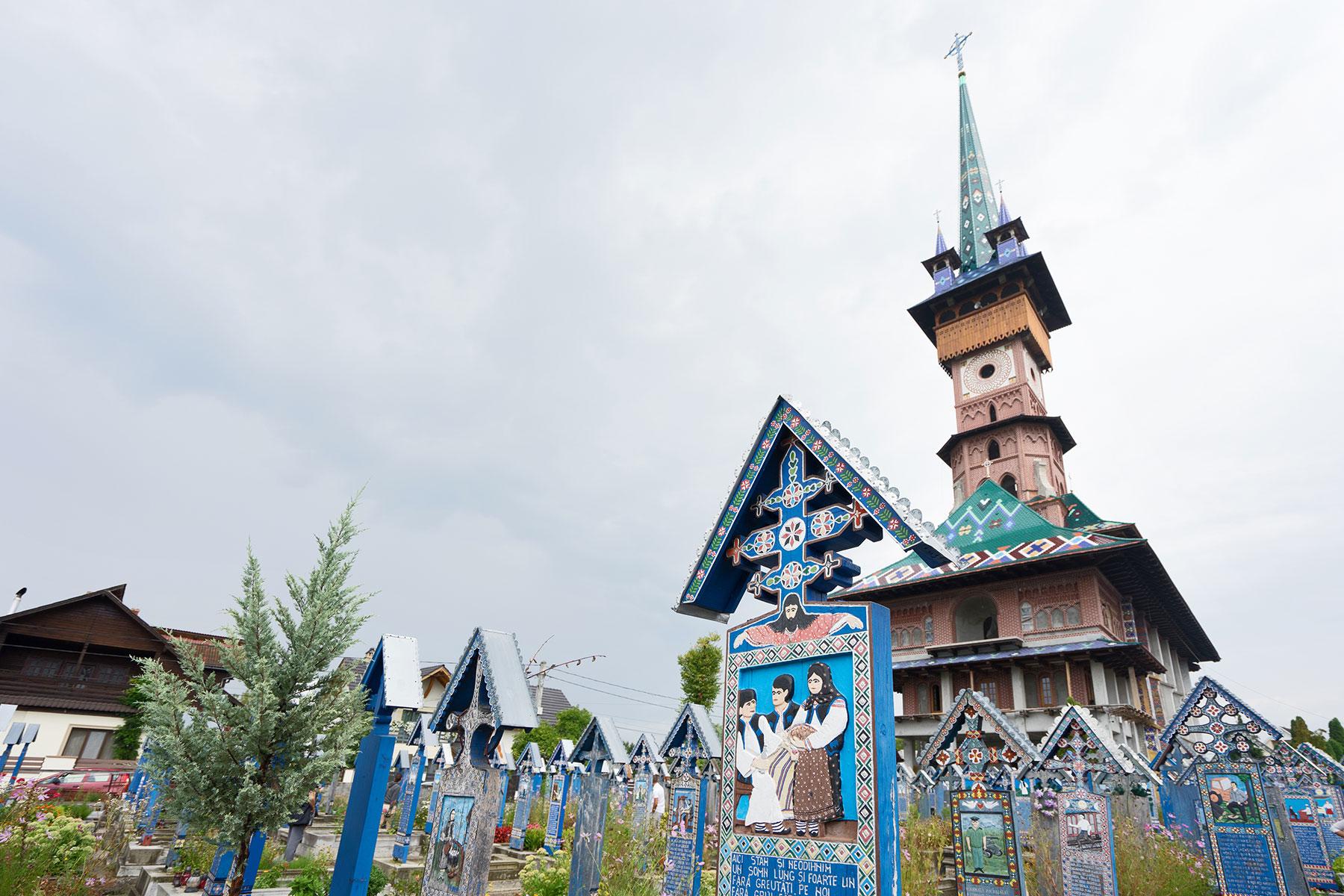 The Săpânţa-Peri Monastery is often a stop after visiting a better-known local attraction, the Merry Cemetery. This is the most charming graveyard you’re ever likely to see. The 1,000 plus headstones are colorful, with many featuring a bright blue shade and charmingly stylized figures. They also include comic poems about the deceased inhabitants. The overall effect is of treating death with a light touch―a rare thing.

INSIDER TIPTry to visit the workshop where the headstones are made, along the village road behind the cemetery. 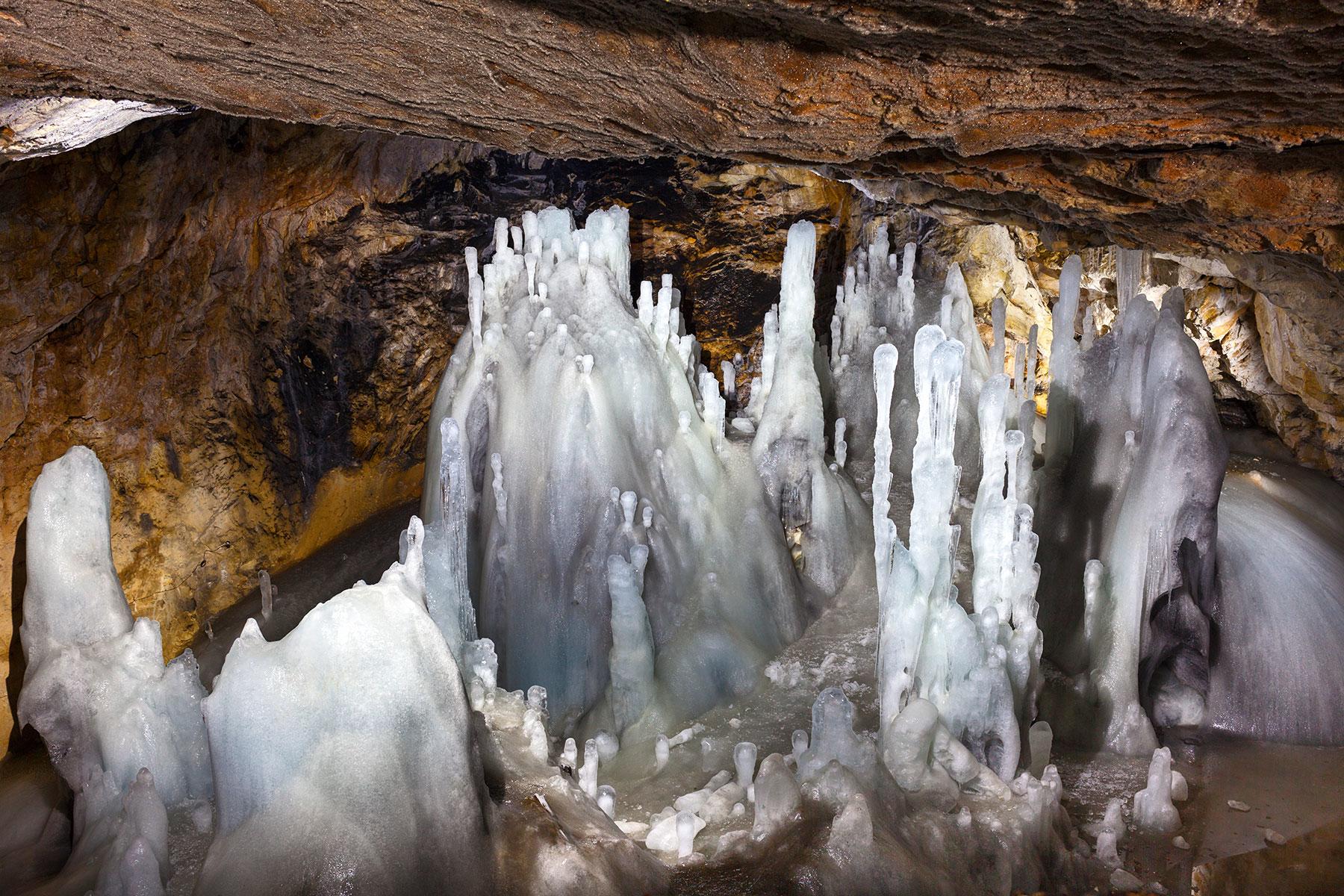 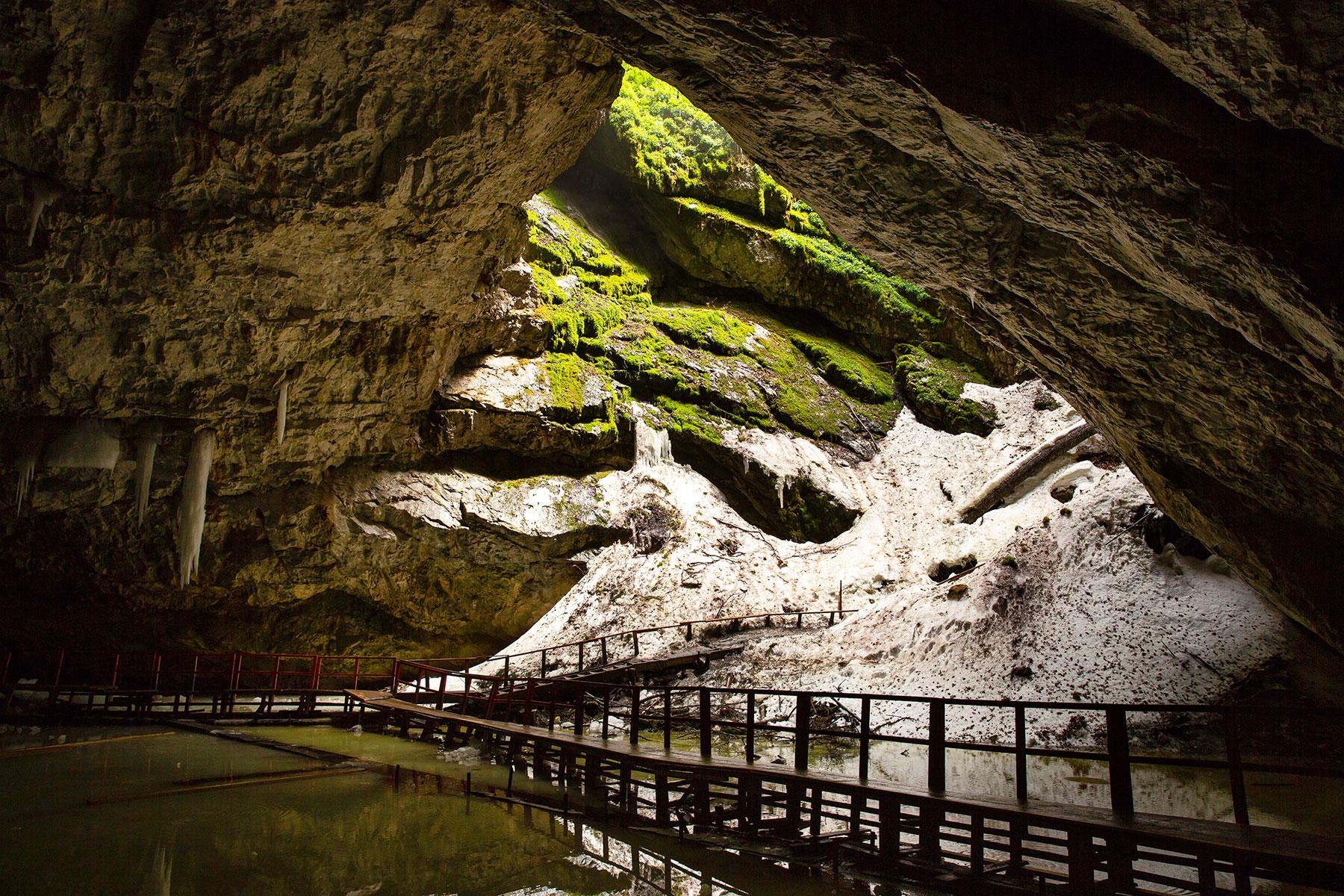 Scărișoara Cave, nestled into the Apuseni Mountains, is dramatic on all fronts: from the enormous stalactites to the deep descent via a metal and wooden staircase. It’s also an important scientific site. Scărișoara is the oldest cave glacier in the world, which recent research found dates back to over 10,000 years. Scientists have studied the cave for clues to European climate patterns and ice formation patterns.

INSIDER TIPDress warmly, of course. The walk up to the cave is lined with local vendors; the pancakes are famous locally, so come hungry! 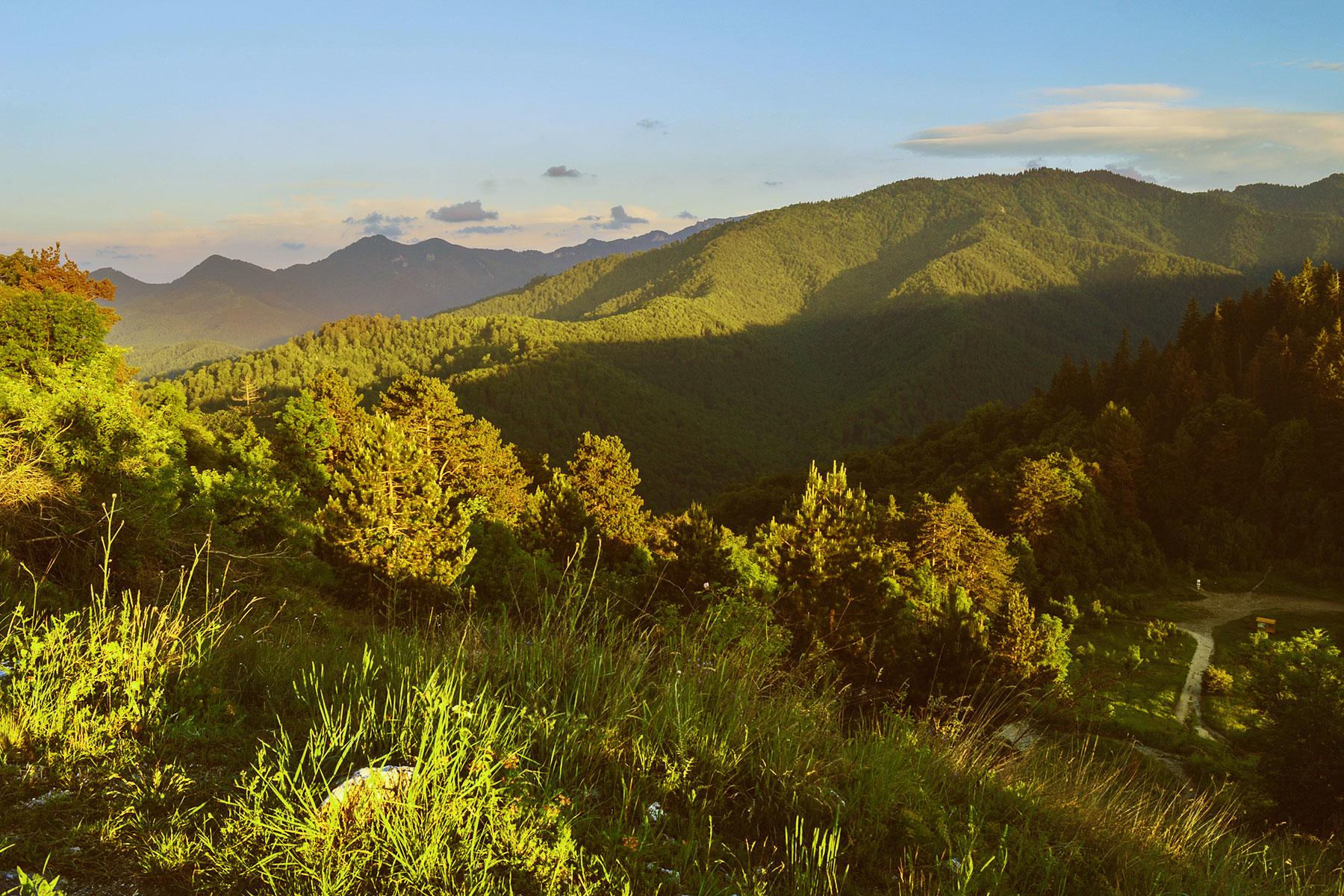 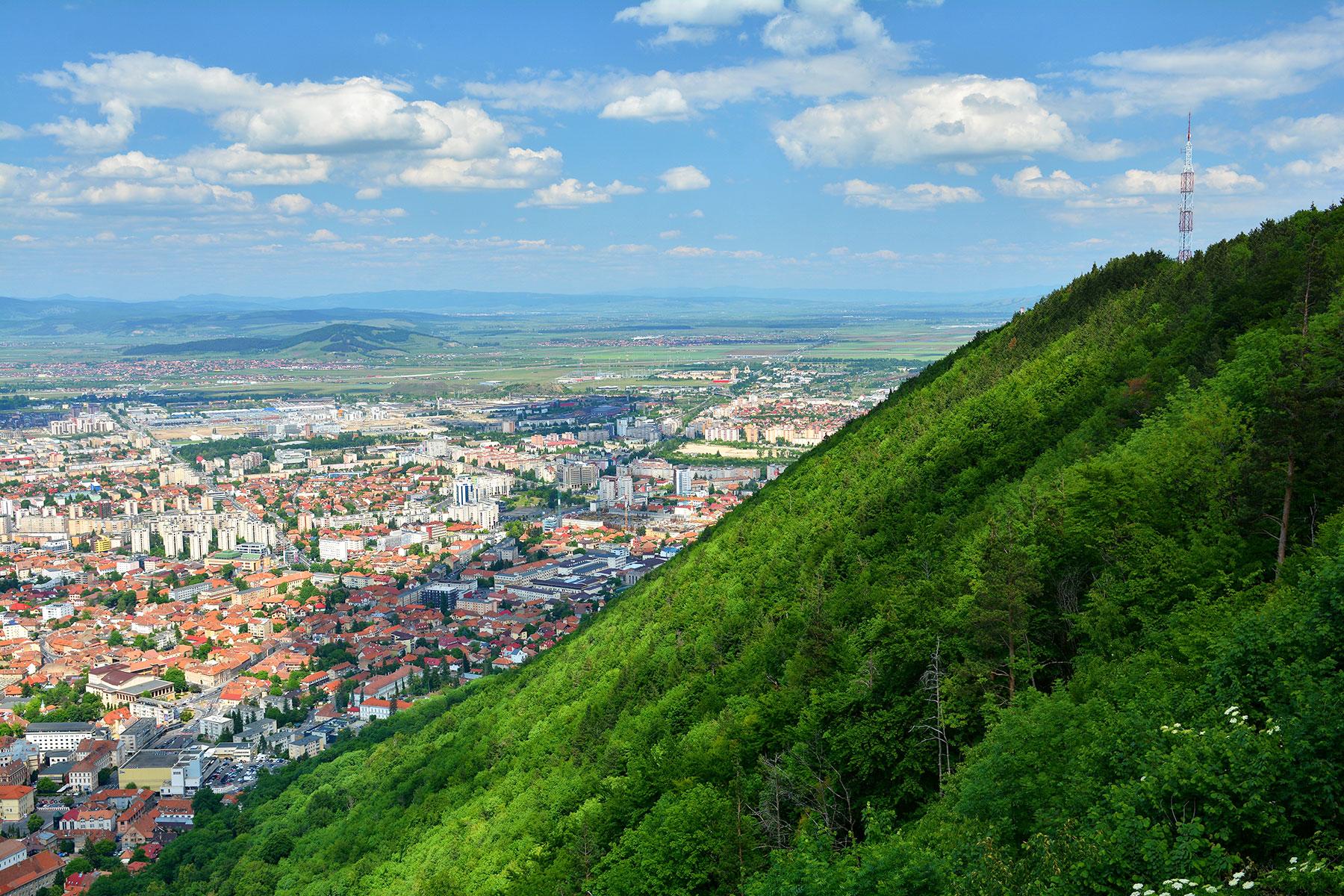 Braşov is the prettiest city in Transylvania, thanks to its mountainous setting and medieval Old Town. Getting to the top of Tâmpa Mountain is a great way to see its sights. Access is via an hour-long hike through a wooded area or a short ride in a vertiginous cable car; it’s a good idea to go up one way and come down the other, to get the full experience. The Hollywood-style Braşov sign is right near the top.

INSIDER TIPAfter climbing up Tâmpa (and ideally the other medieval towers nearby), a filling meal may be in order. Atmospheric spots include Restaurant Belvedere for the stunning views or Bella Muzica for the romantic underground location. 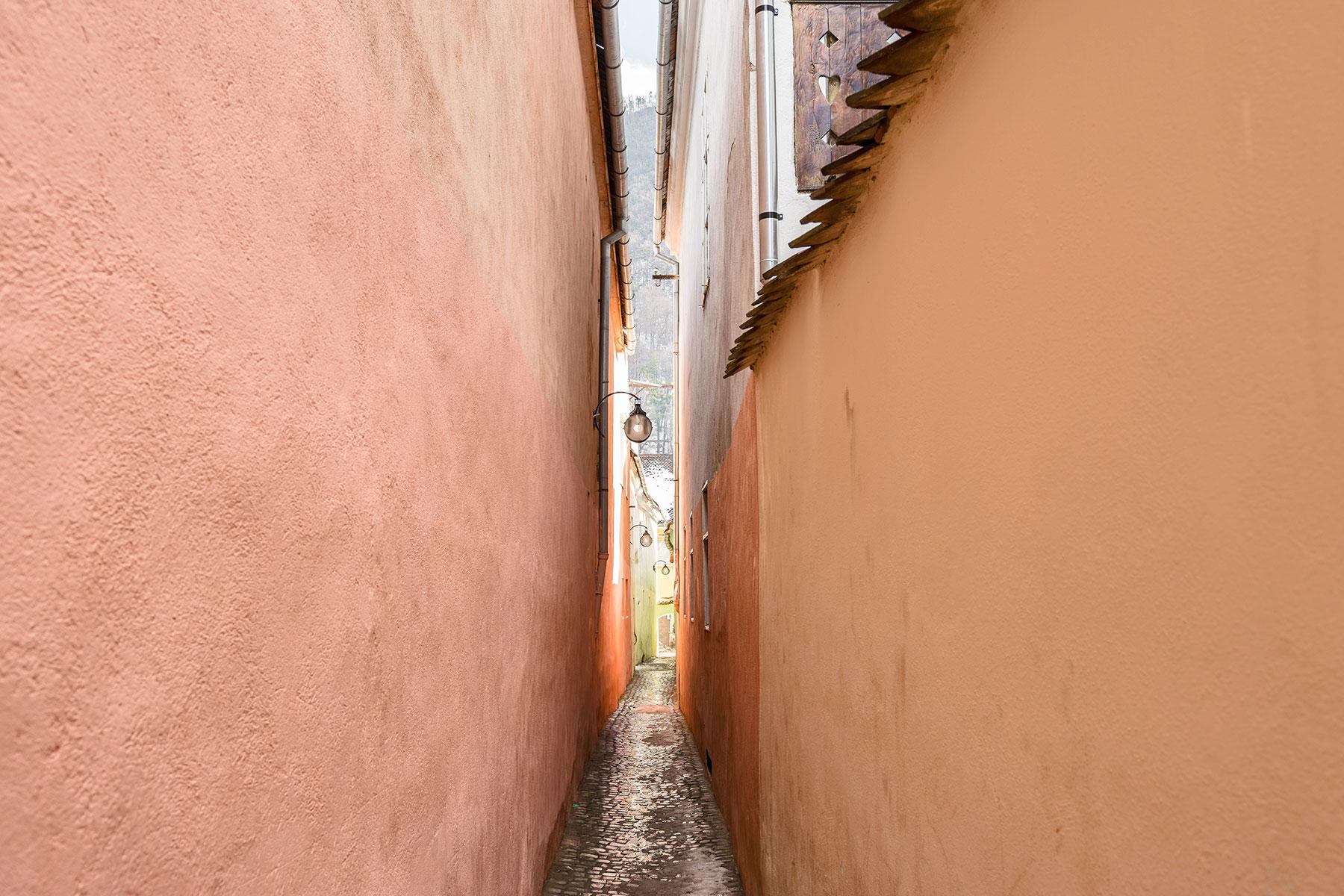 At about 4 feet wide, or tight enough for an adult to touch both walls, this is one of the narrowest streets in the world (though not, as is often erroneously claimed, the narrowest). It’s a picturesque stop for a quick photo op, not just because of its miniature size, but also because of the 17th-century quaintness of its faded pastel walls and cobblestone road.

INSIDER TIPThis street is just a hop and a skip from several other attractions in Braşov, notably the Gothic Black Church, a symbol of German influence in Transylvania. If you want to go further afield, Bran Castle, of Dracula fame, is about 45 minutes away by car or bus. 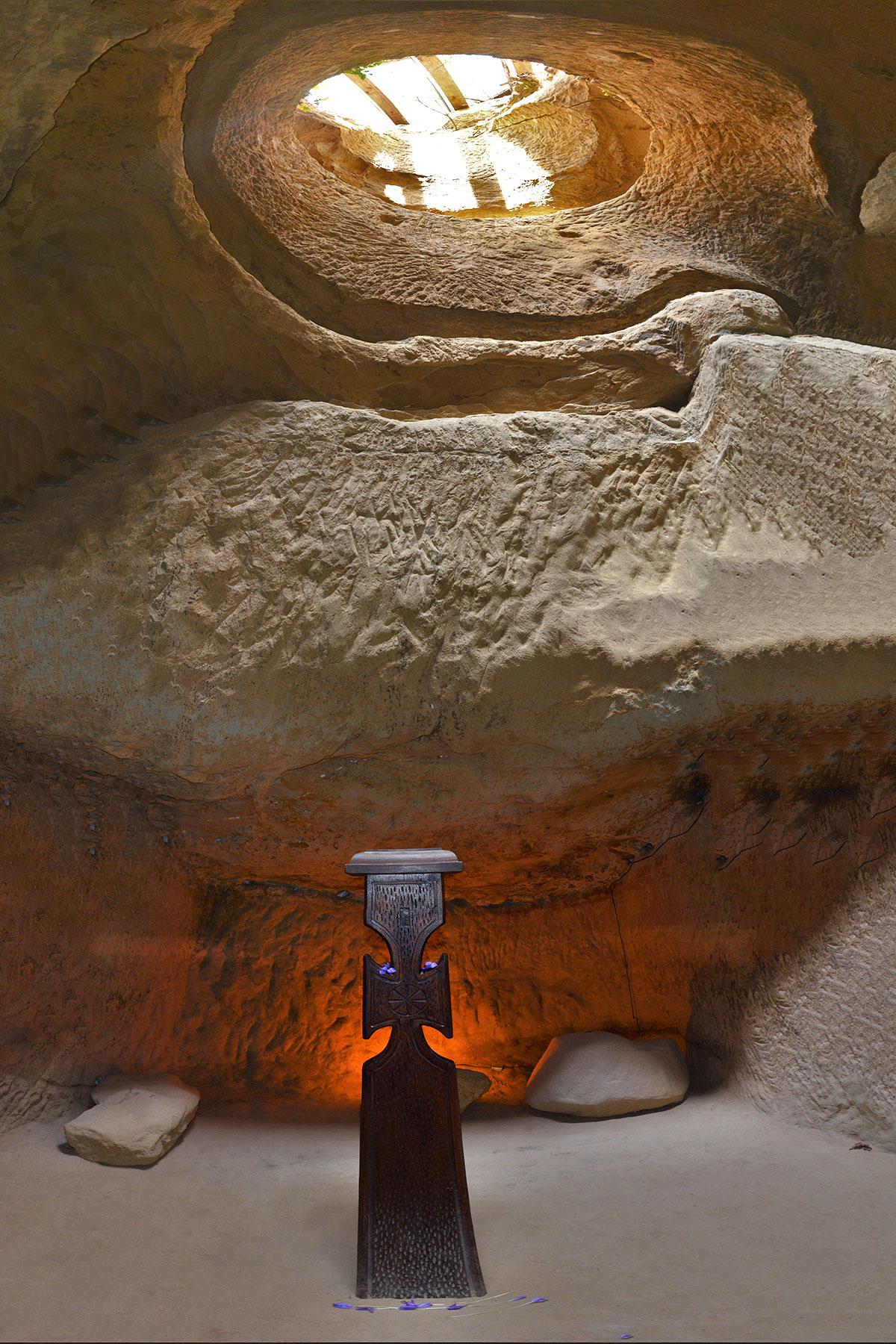 Mystery surrounds this monastery built inside a sandstone cave, located in the countryside near Şinca Veche village. It’s unclear who established the site or just how old it is (although it’s believed to be over 7,000 years old). The monastery contains mysterious writing and a puzzling combination of symbols: the Star of David and what appears to be a yin-yang symbol. And some people have reported paranormal activity, while others just enjoy the peaceful reflection made possible by this small, serene space. Visitors enter through a narrow tunnel carved into a hill.