Would you eat this penis-shaped pastry?

The picturesque riverside town of Amarante in Northern Portugal, impresses visitors with its gorgeous setting, imposing churches, vinho verde wine and delicious cakes. It just so happens that many of those cakes are more than a little, erm, suggestive. 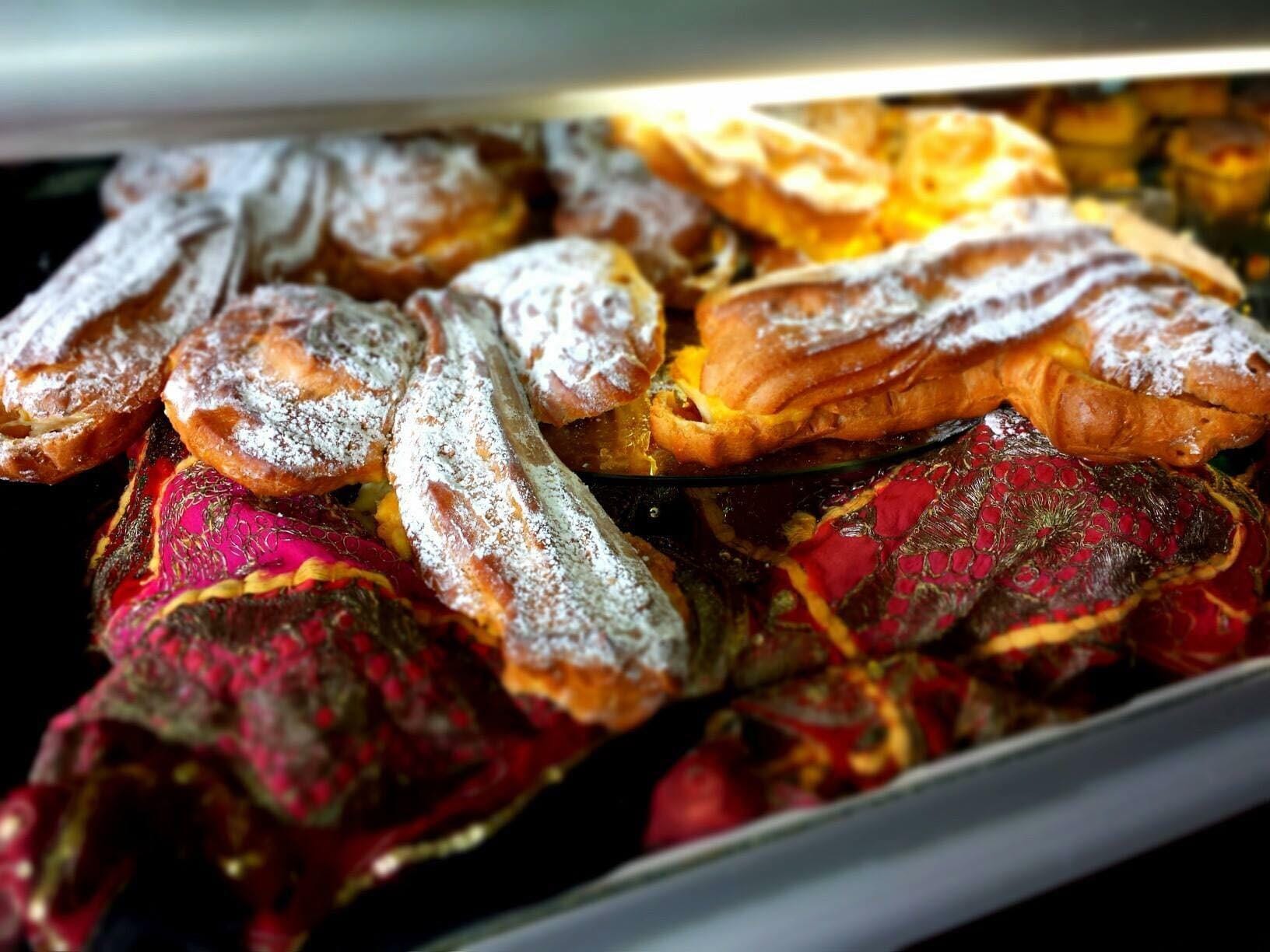 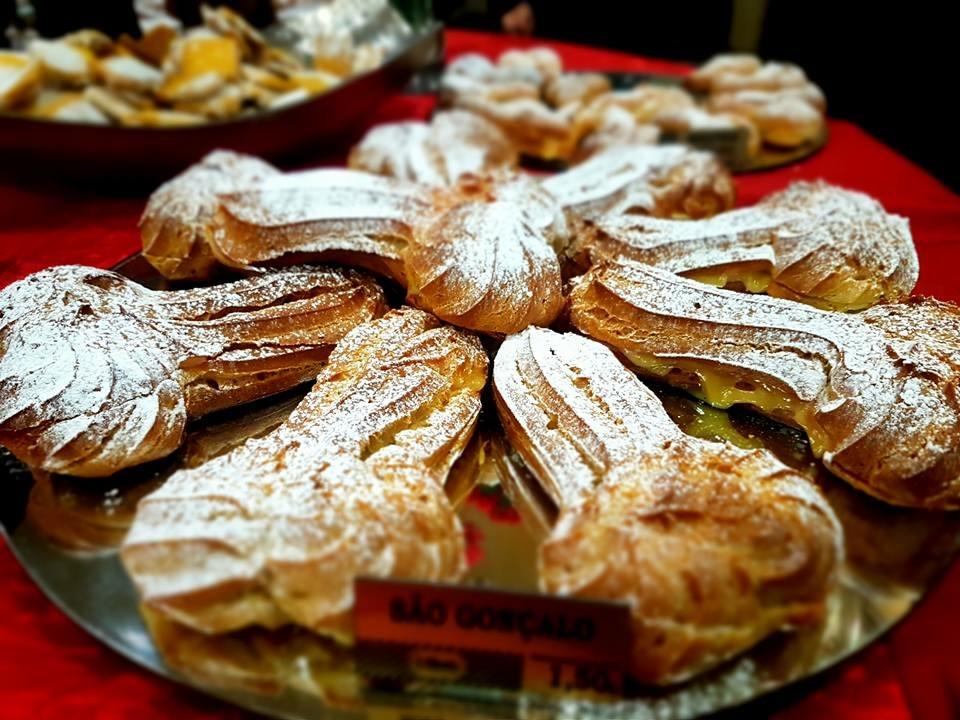 Browsing bakery windows in the deeply religious town is a surprisingly racy experience—bashful visitors may blush at the sight of super-sized cakes that are unquestionably phallic in form. Not only are the bolos (cakes) fashioned into an NSFW shape, but they’re often coated in a white icing and/or filled with sweet cream.

But why? What makes the residents of this sedate and conservative town so obsessed with cakes shaped to look like the male member?

And the penis-shaped fun doesn’t end there—each June, during street parties held in honor of local patron saint São Gonçalo, the town is a riot of drumming and religious parades, and entrepreneurial townsfolk sell foot-long phallic cakes from makeshift street stalls. Local lotharios hand out the super-suggestive sweet treats to the objects of their affection, and single ladies receive a bounty of bolos big and small from well-meaning friends and family.

But why? What makes the residents of this sedate and conservative town so obsessed with cakes shaped to look like the male member? It’s all down to São Gonçalo himself, apparently. The 13th-Century saint is said to have settled in the town after making pilgrimages to Italy and Jerusalem as a Benedictine monk, and while no claims are being made about his physical attributes, legend holds that he was possessed of Cupid-like gifts.

The origins of the penis cake tradition are lost in the annals of time, but it’s thought that the custom stems from pre-Catholic times, with its roots in pagan fertility rituals. The cakes, known locally as doces fálicos (literally, “phallic sweets”) are handed out together with locally-harvested dried figs at ceremonies held each January (on the anniversary of São Gonçalo’s death) to usher in a “fertile and favorable” year.

Later in the year, at the lively June street parties, they become the focal point of the festivities as local singletons clamor to get their hands on the cakes that could bring them true love and a happy family. According to the Amarante Tourist Board, the cakes are “much sought after by old spinsters in search of a husband,” although the “old spinsters” in question are often single women in their late twenties or early thirties, keen to settle down and start raising a family. Even happily-single women find themselves on the receiving end of the phallic treats, as a none-too-subtle prod in the direction of marriage and baby-making. 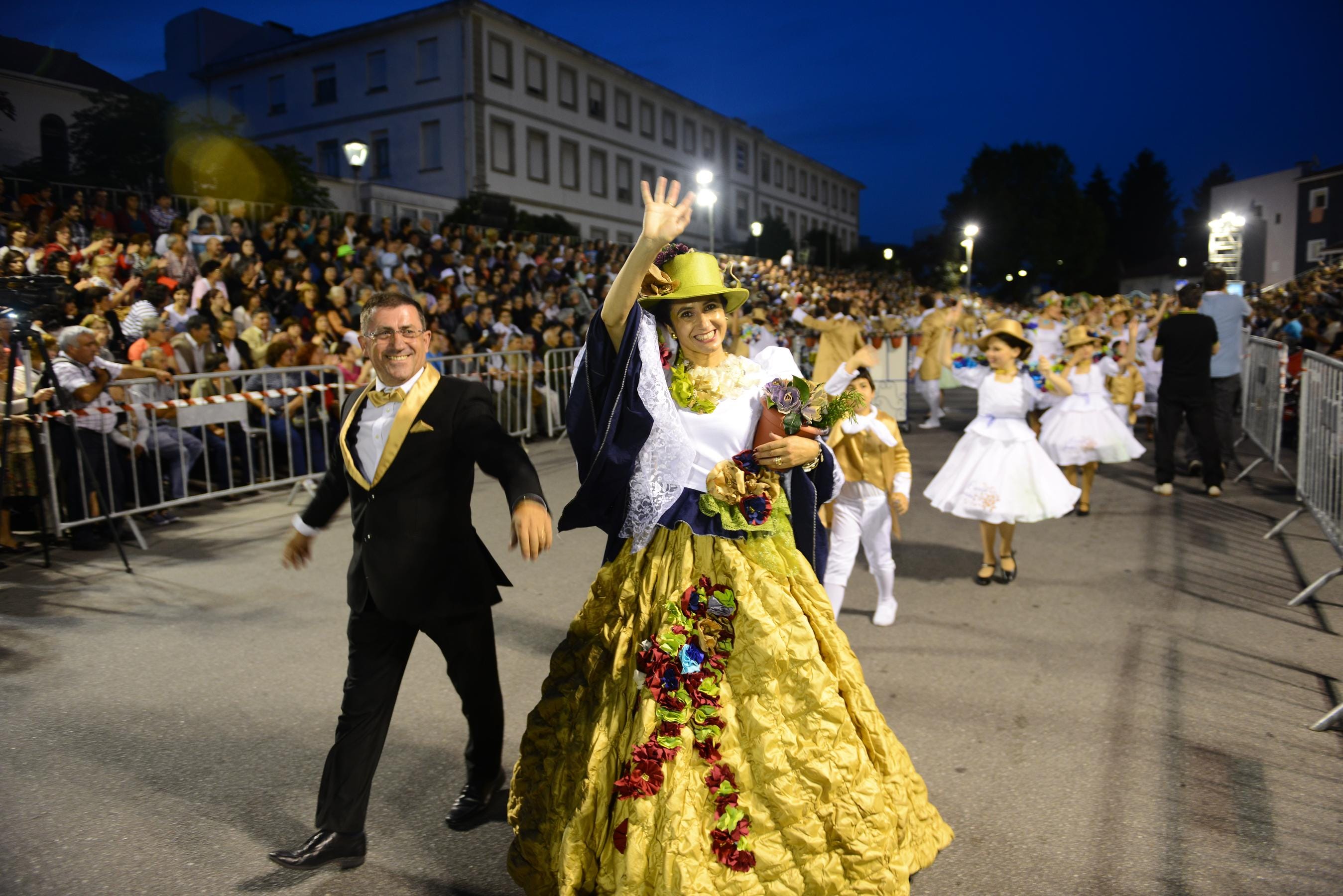 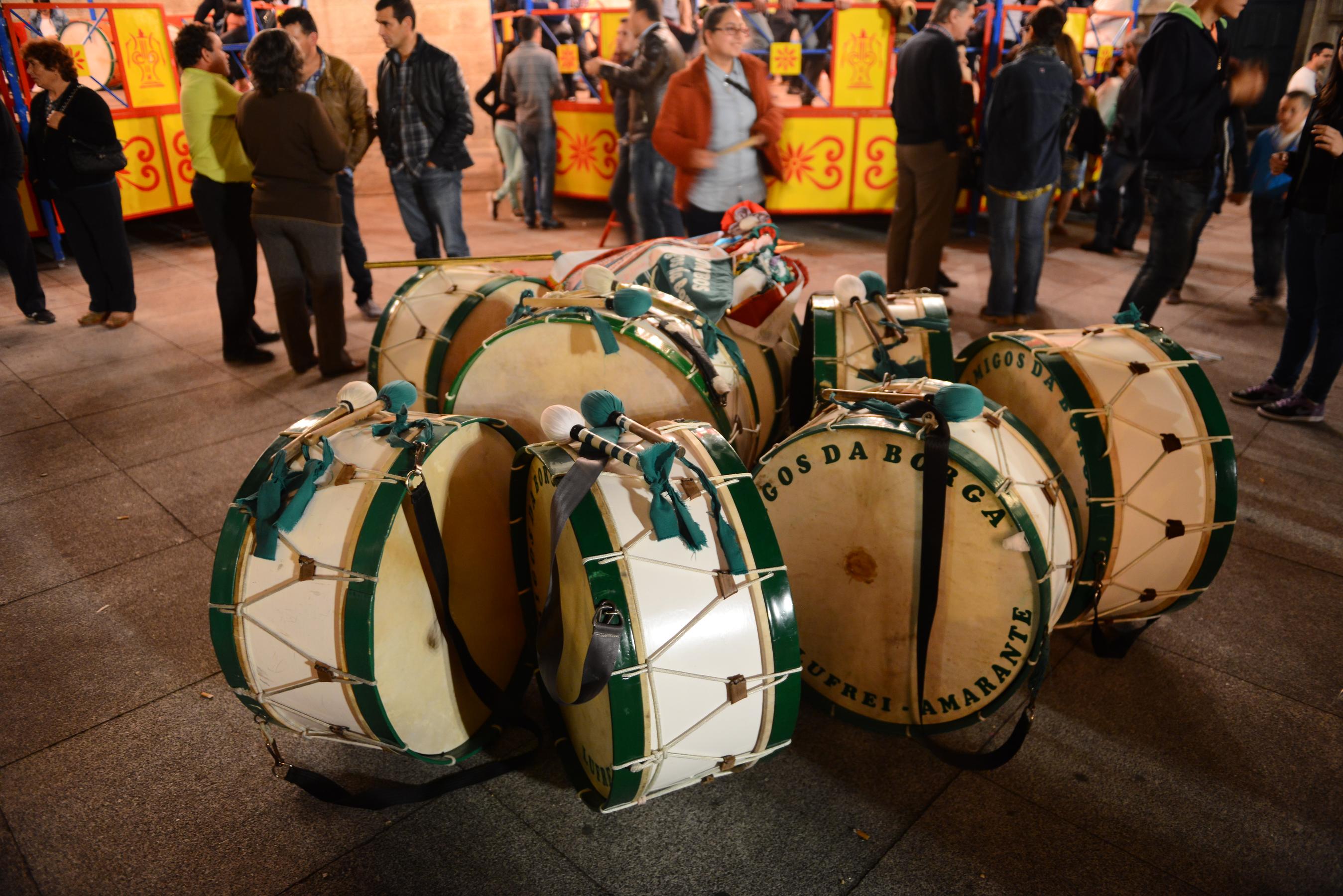 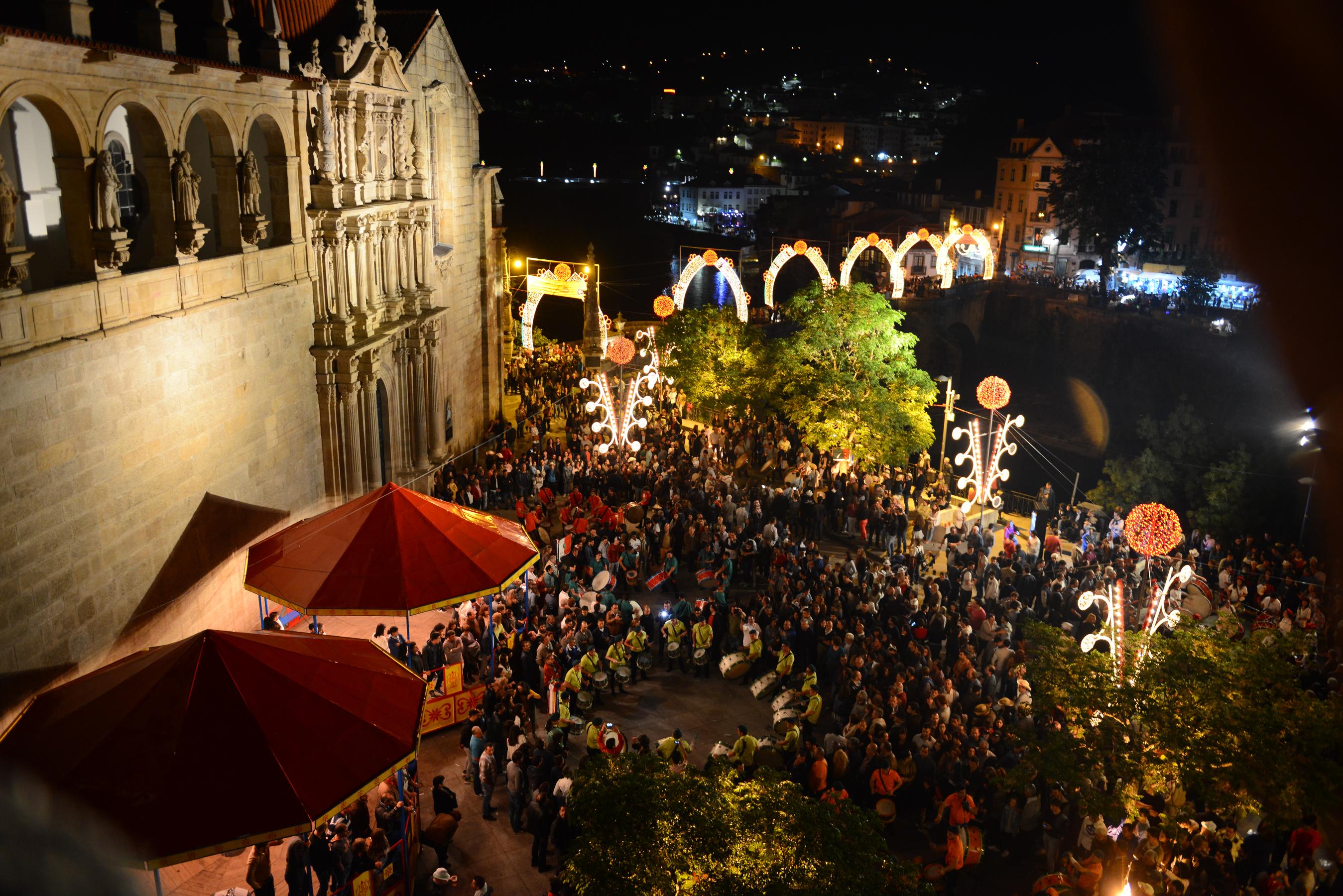 The fertility-boosting festival, held each year on the first Saturday of June, is the biggest event on the town’s cultural calendar, and increasingly attracts large crowds of curious out-of-towners as well as women concerned about the ticking of their biological clocks. It’s truly a sight to behold: phallus-shaped flags flap in the breeze, church groups parade through the streets, and local grandmothers sell home-baked willy cakes ranging from bagfuls of mini-doces to super-sized feasts. The sangria and vinho verde flow, drumming fills the air, and a multi-generational crowd takes to the streets to see the spectacle unfold.

It’s a tribute to the cakes’ popularity and, ahem, staying power, that they are available at all today—banned as “obscene” by the right-wing dictatorship that took control of Portugal in the 1920s, the cakes were baked and exchanged in secret until the Carnation Revolution of 1974—the peaceful uprising that returned Portugal to Democracy. 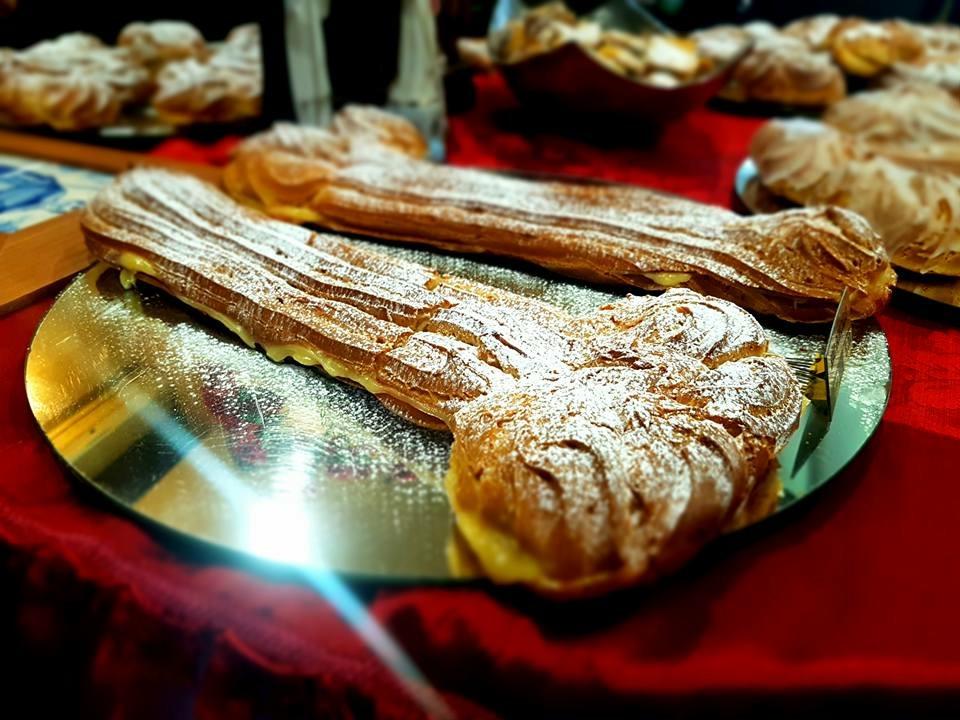 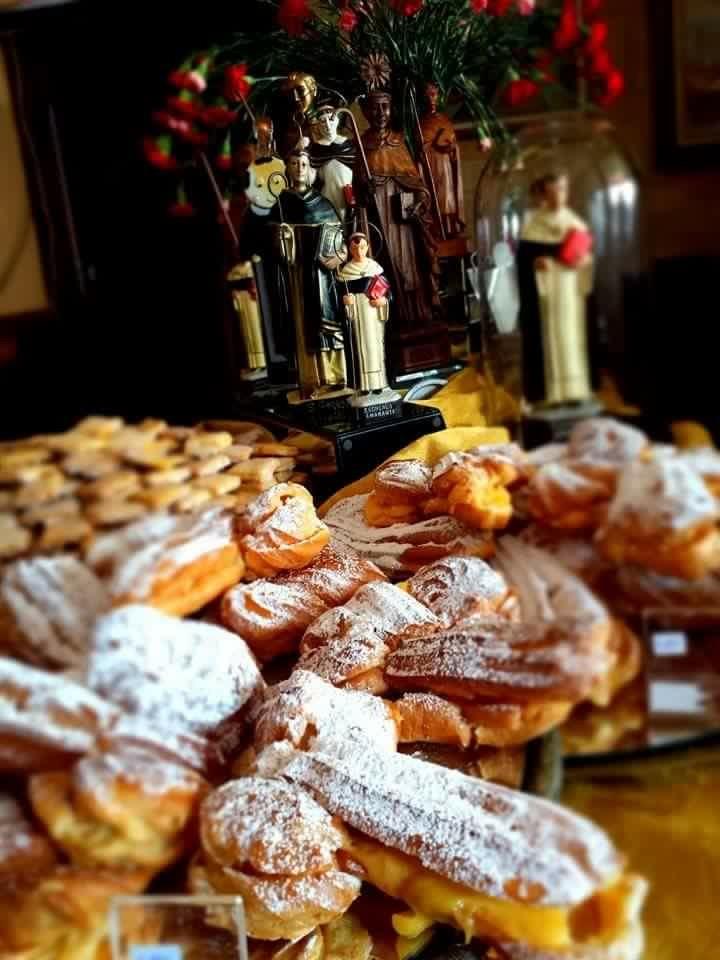 Sitting pretty on the banks of the River Tâmega, the longest tributary of the river Douro, in the foothills of the Serra do Marão mountains, Amarante is a town rich in religious and folkloric traditions. São Gonçalo is said to have built a sturdy bridge crossing the river, destroyed by floods but replaced by the dramatic Ponte São Gonçalo, where the locals are said to have bravely battled Napoleon’s advancing army in the 19th Century.

A church named in the saint’s honor is another of the town’s biggest attractions, but it’s the raunchy cakes and the lively June festival that have become the biggest talking point and tourist draw. While the doces were once hard to find outside festival season, today many of the town’s bakeries and cafes sell them year-round, and the tradition of phallic baked goods has spread to other towns: hungry visitors to other northern Portuguese towns such as Aveiro can often find giant penis-shaped breads sitting next to the regular loaves.

Best washed down with a strong Portuguese coffee or a glass of the effervescent local wines, the rustic cakes’ recipe varies slightly from one bakery to the next, but they’re usually slightly-sweet confections that may be dusted with sugar or iced and filled to step up the sweetness and turn the suggestiveness up a notch.

It might sound like an odd obsession for a part of Portugal notable for its staunchly religious inhabitants, but the passion for phallic cakes shows no sign of abating, and Amarante is justly proud of its most famous culinary tradition.