Say “Cheers!” in Polish at the coolest cocktail bars in Warsaw, Poland.

Vodka has been called the social glue of Poland. Major events come marked with a special toast, with a different variety for nearly every occasion. Generally, friendships aren’t considered official until linking arms and taking a shot together. Drinkers in Warsaw were once limited to discotheques. But thanks to the recent culinary and cocktail boom, and development from the city center outward, there’s now a wealth of options in Poland’s capital city—whether you enjoy your vodka neat, in cocktails, or simply as cheap as possible. From dive bars to sky bars, here’s where to enjoy vodka in Warsaw. Bonus: late nights of drinking come with their own set of salty Polish snacks. 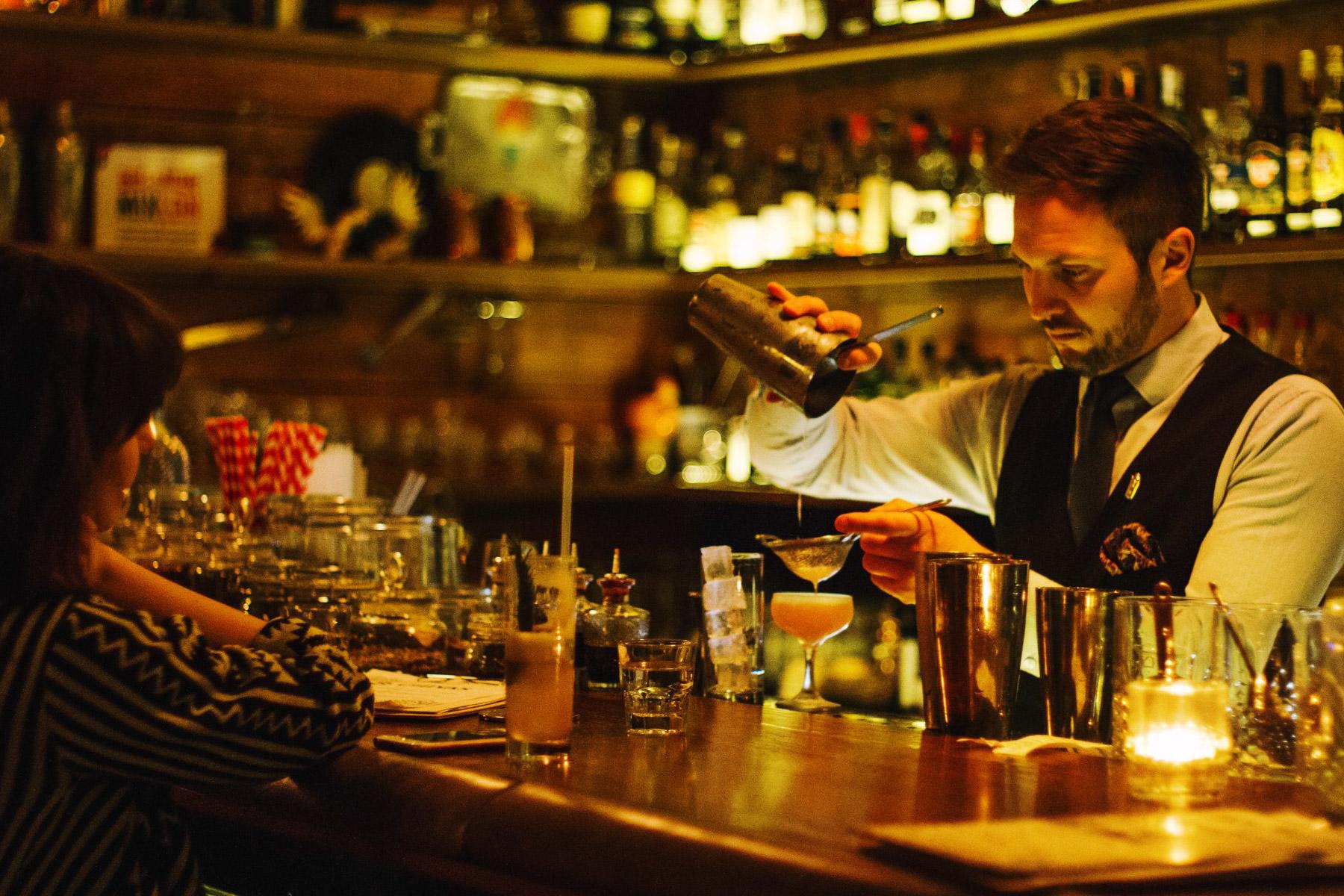 Poles generally prefer savoring their vodka straight-up. But if you must break from tradition, Woda Ognista (translation: Fire Water) is the place to go. This Polish twist on the American speakeasy features a host of classic cocktails like martinis made with top shelf vodka. High-end bar snacks include steak tartare and oyster mushroom burgers. 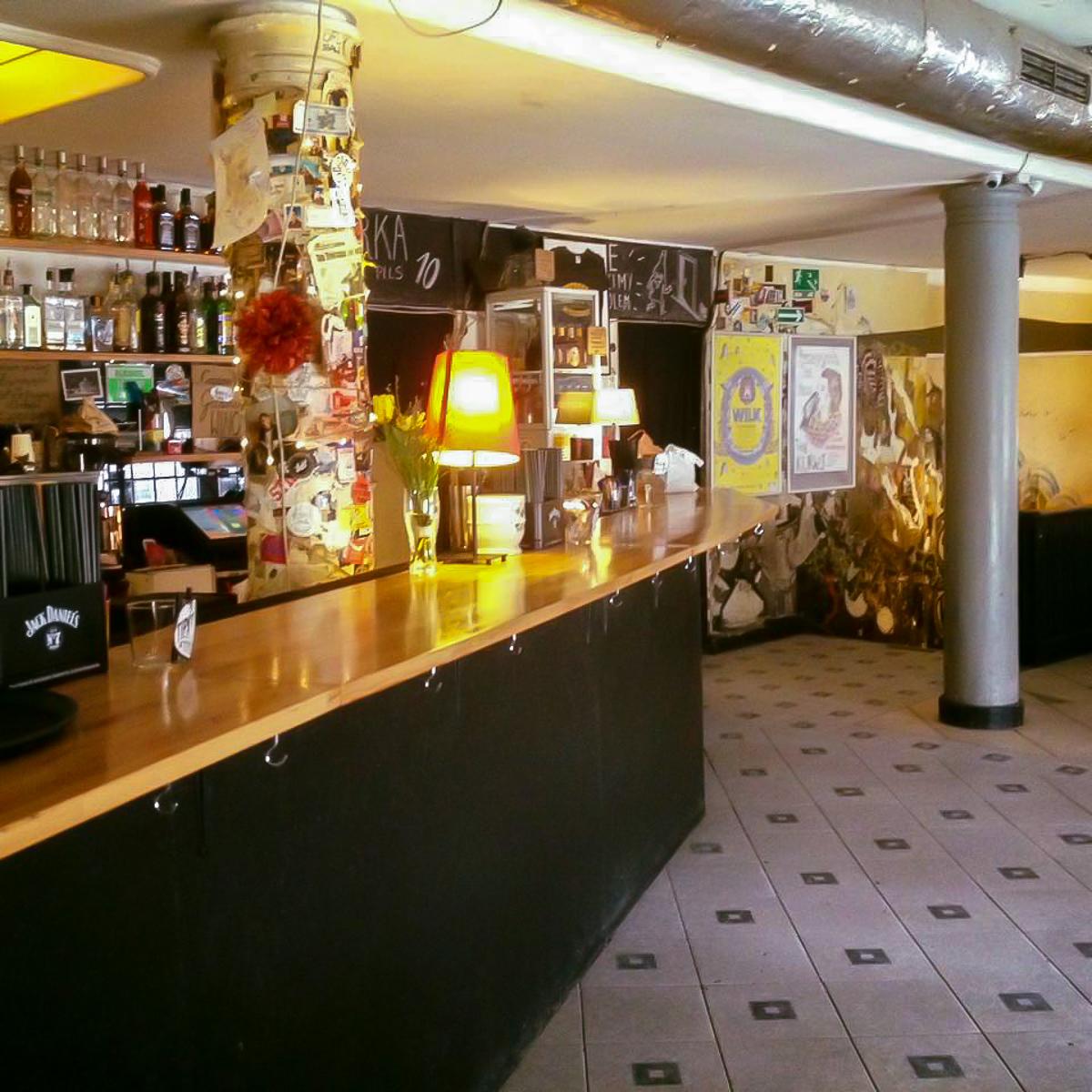 This is Warsaw’s original dive bar, who can legitimately claim they had their location in Plac Zbawiciela before it was cool. Now the area is so populated with high-end cafes it’s earned the nickname “Hipster Square.” Climb the stairs to sit on second-hand sofas in the graffiti-adorned Klubokawiarnia (a Polish word meaning part club, part coffee house). The venue stays true to its original mandate as a launching pad for local DIY bands, so there’s a chance your shot may come with a side of experimental rock. 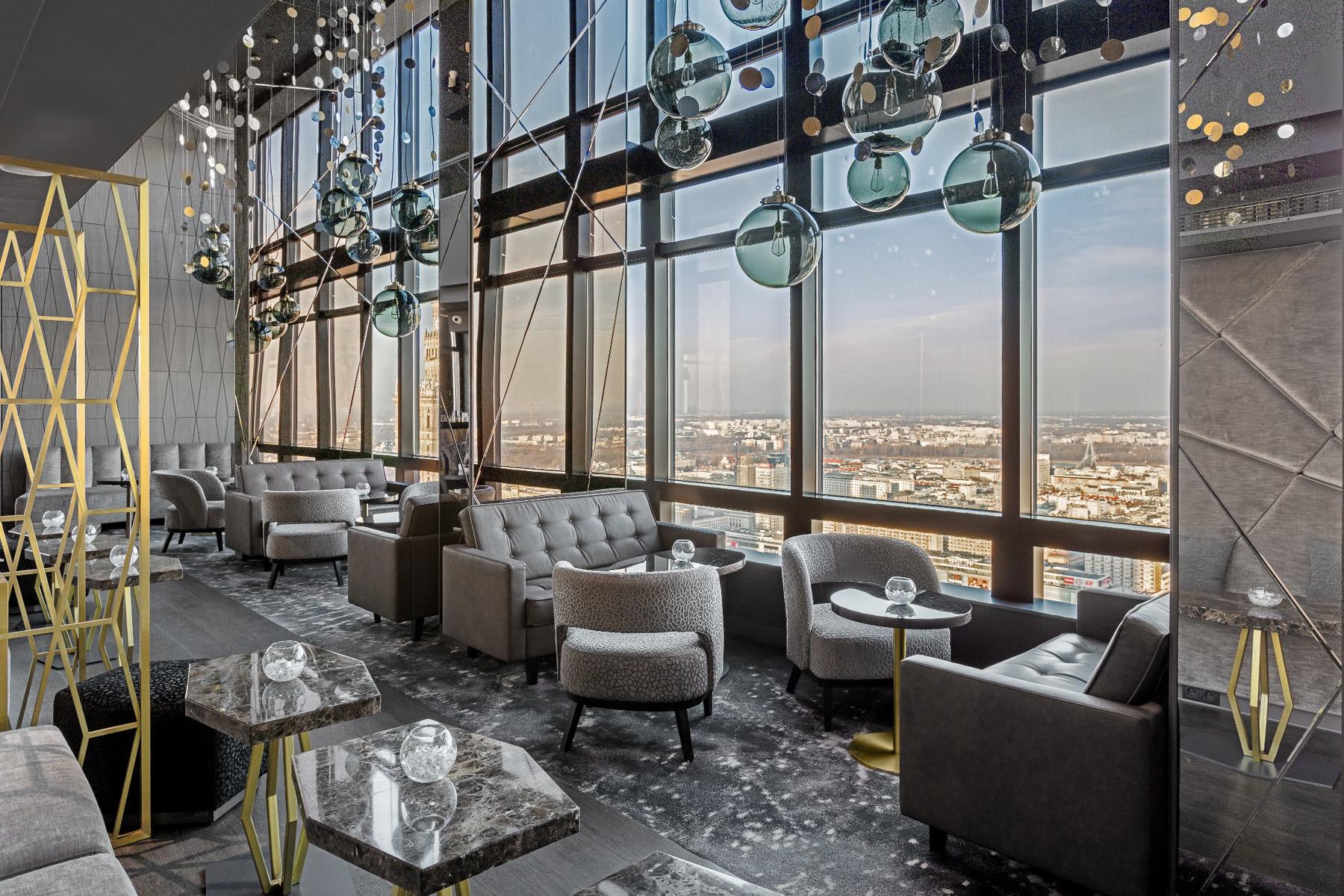 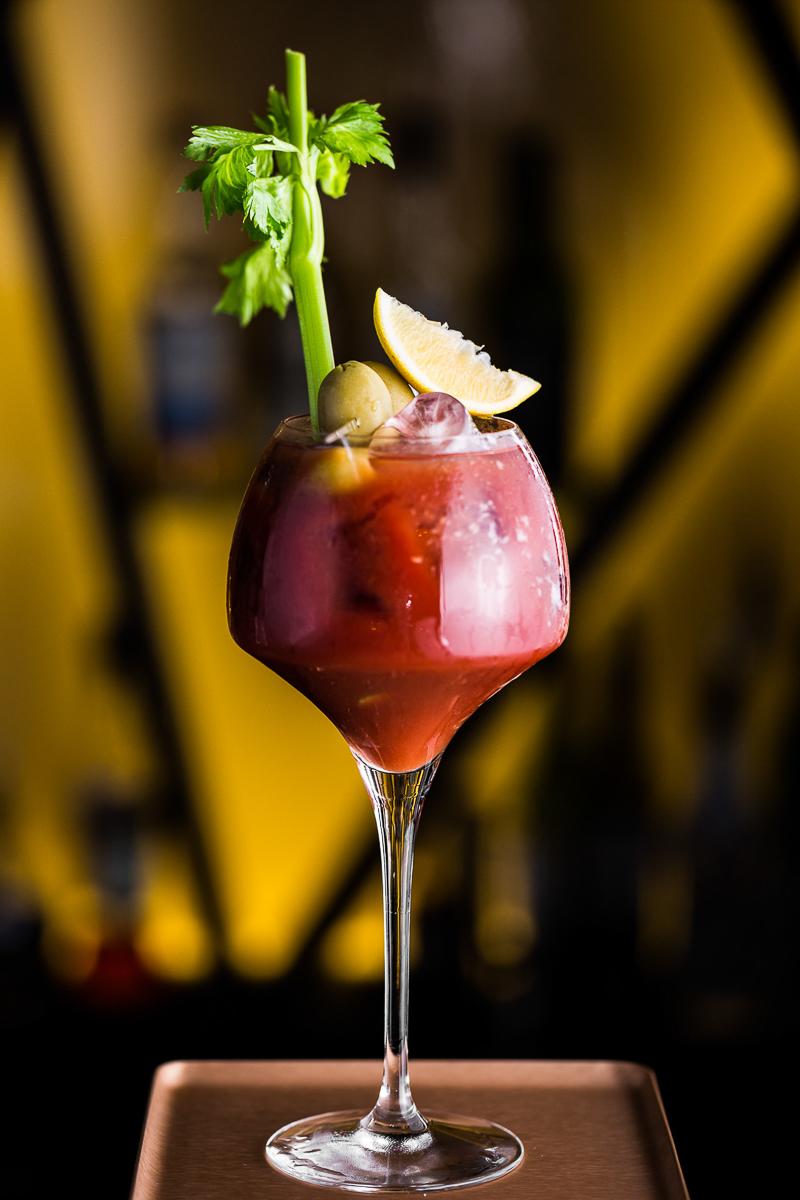 Maybe “hotel bar” isn’t the first phrase that come to mind when considering cool places to drink. But since the Panorama Sky bar offers some of the best views in the city, this is one exception worth making. Sit, sip, and enjoy the bird’s eye scenery that includes The Palace of Culture (that would be the imposing monument on your left) and the basket-like red and white national stadium sitting on the banks of the Vistula River. 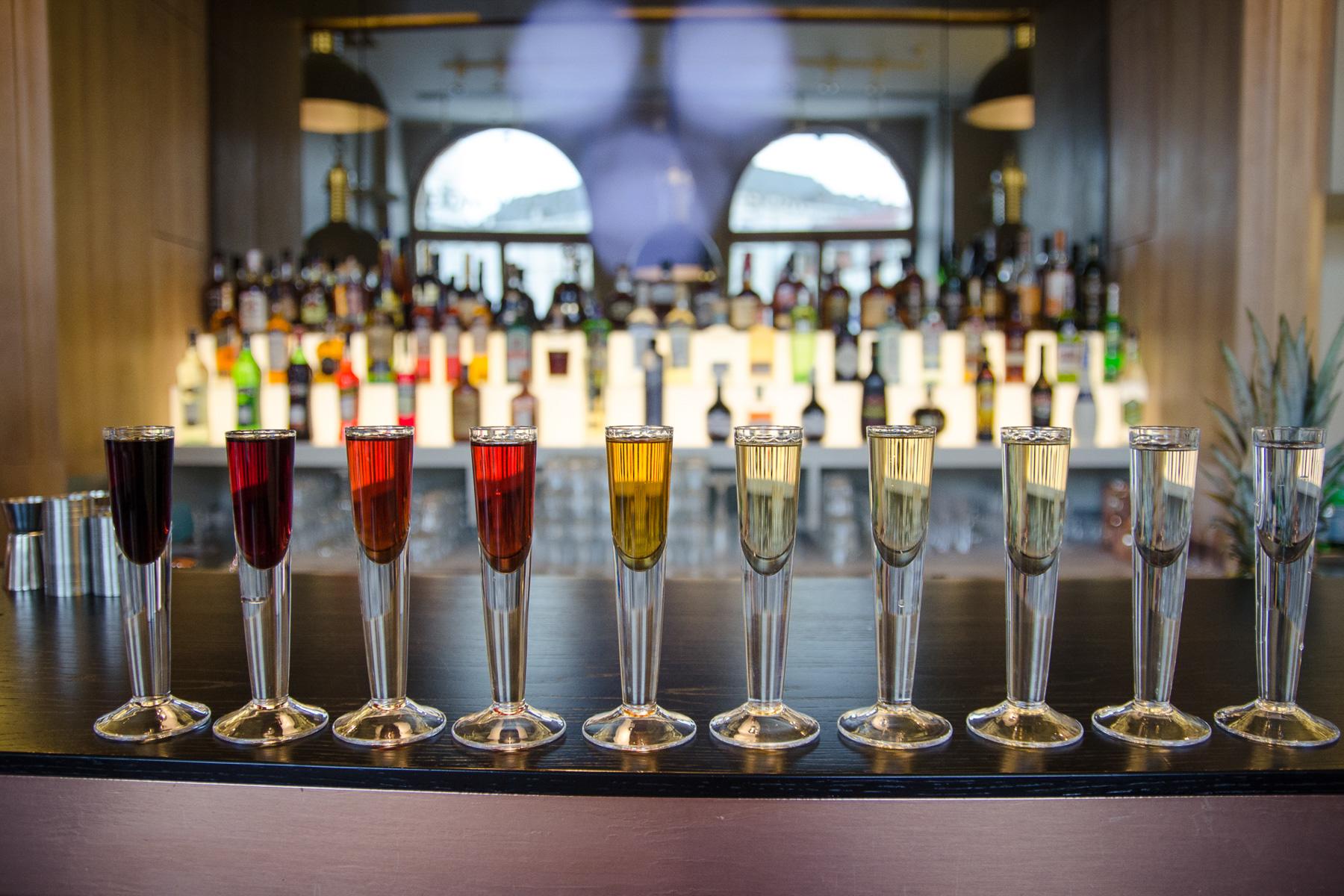 “House Vodka” has what’s considered to be the largest selection of vodka in Warsaw, with over 400 varietals from five continents. (Because yes, all vodka is different, and in Poland, ordering a “vodka” is so unspecific it’s like walking into a restaurant and ordering “food.”) Stop by the centrally located bar to discuss the spirit in all its variations with one of the well-educated, English speaking bartenders. 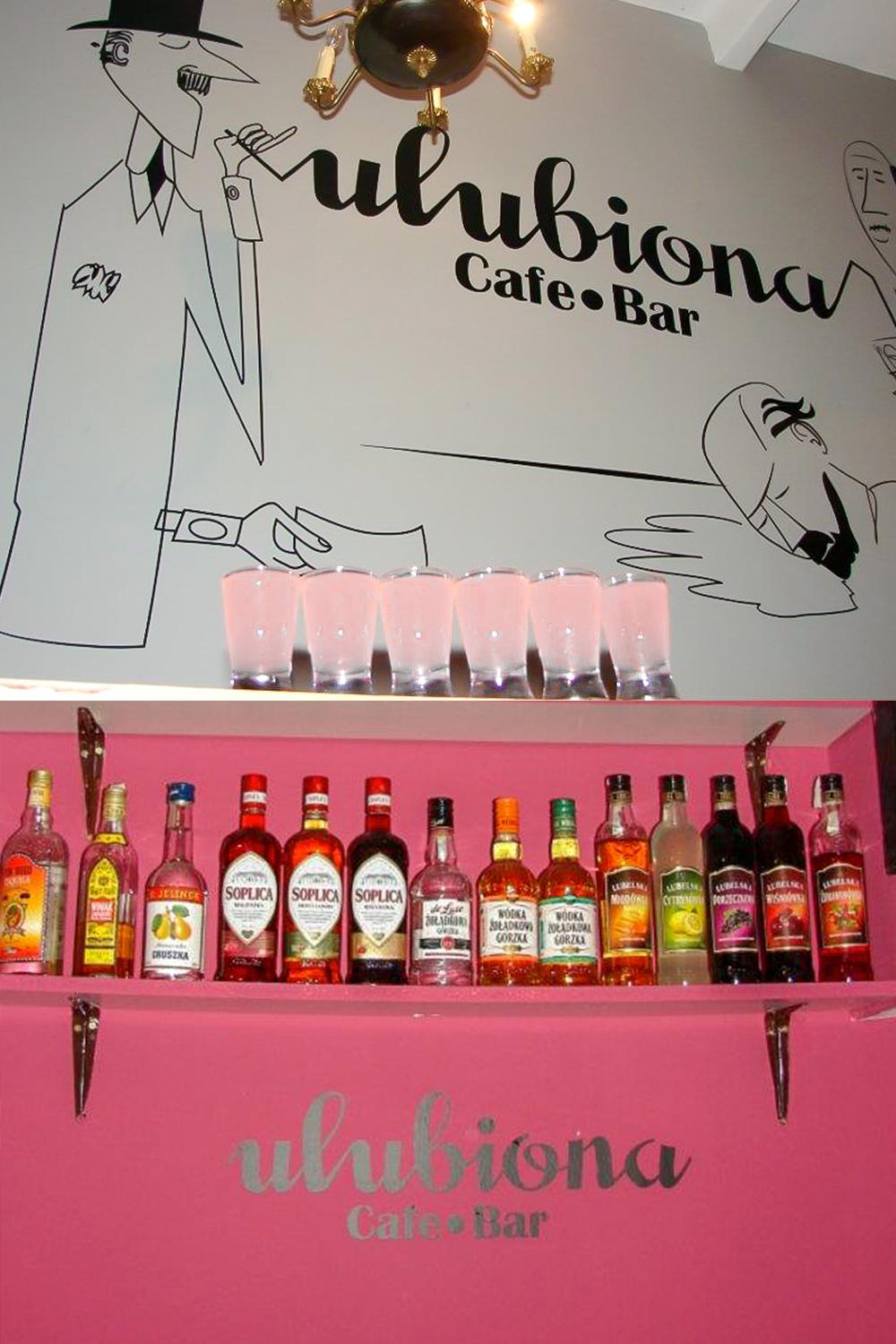 Ulubiona is Warsaw’s the ultimate, small-scale vodka bar—think you and 10  of your closest friends vying for space on the sticky floor while enjoying a few rounds. Stop by the sign-free, hole-in-the-wall bar frequently to enjoy some of the cheapest shots in the city, as they regularly switch up their drink specials. 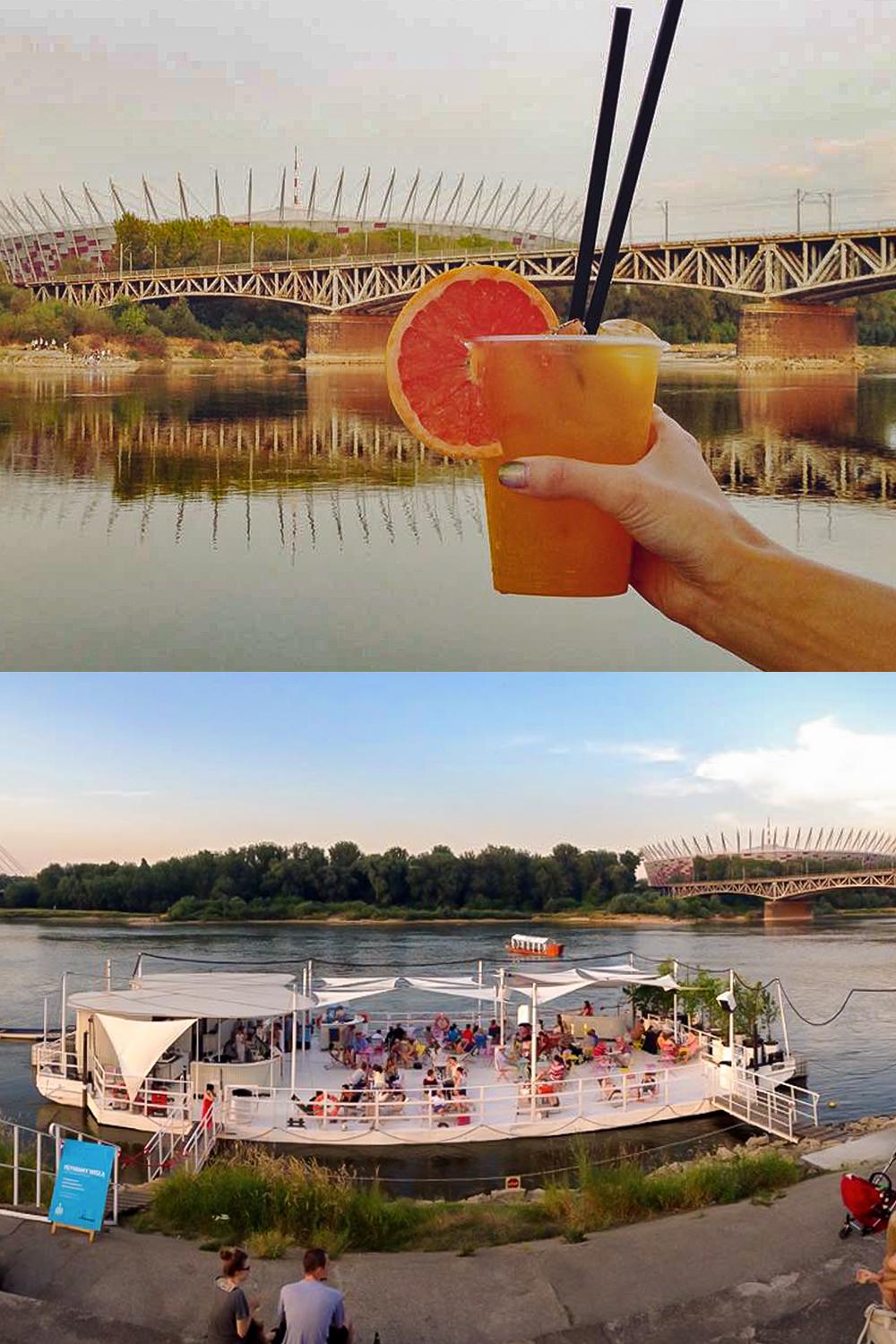 Plan a trip to this outdoor bar for the summer months, when the area around the Vistula River becomes densely populated with pop-up cafes, restaurants, and music venues, many of which blend together until it feels like one big party. When the weather is nice, climb abroad BarKa’s boat, anchored to the shore of the river, and order a vodka infused with real fruit–a far more pleasant sip than the sugar-laced varietals that make their way across North America. 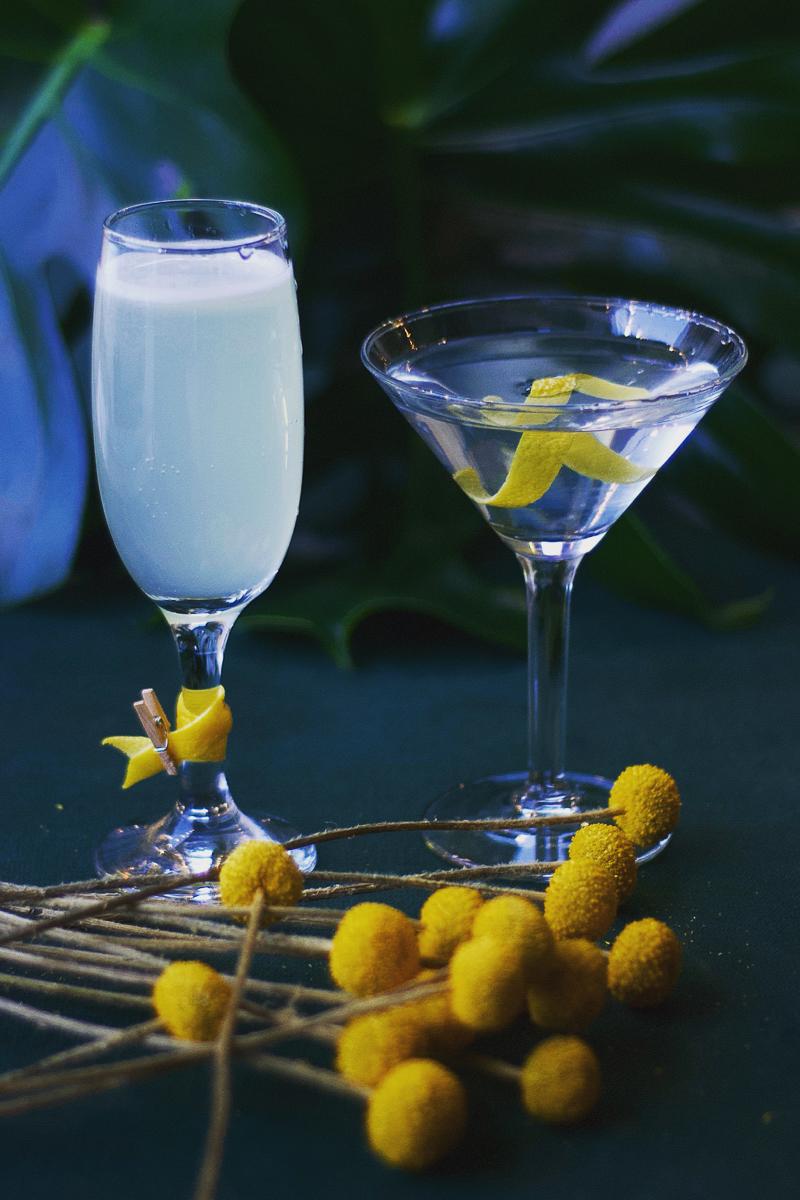 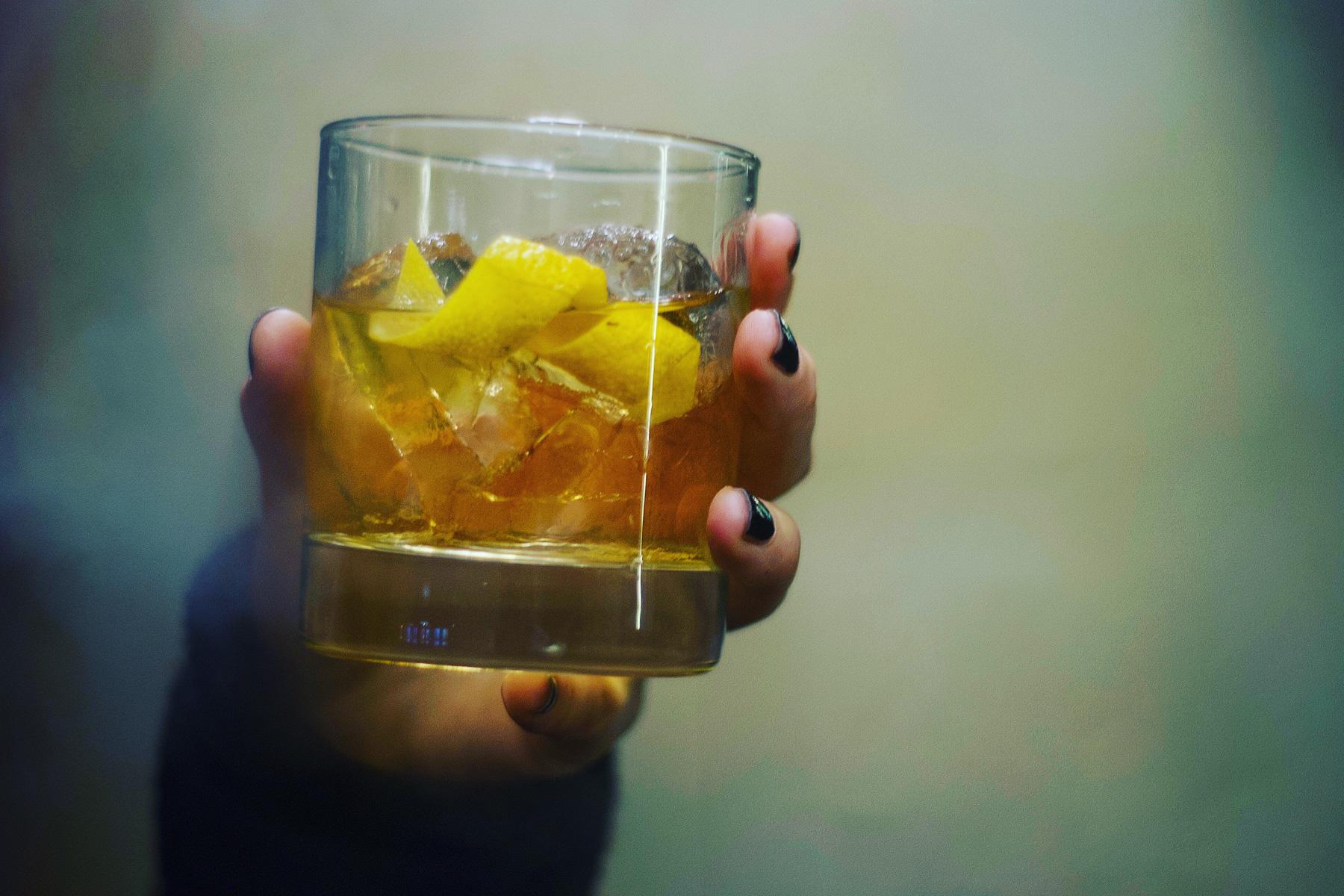 PHOTO: Ewelina Tomczak
Previous Next
7 OF 12

In 1955, during the era of Communism, Stalin “gifted” the Polish people with The Palace of Culture, a large, spire-like monument to his greatness that sits in the city center. After the regime fell, the dedication to its leader was revoked and the building was repurposed for various cultural activates, including the ground floor where Bar Studio is located. The brightly colored room is a gathering point for the local creative community. So, expect a slate of concerts, discussions, and DJ nights.

INSIDER TIPMany consider their’s to be the best Bloody Mary in Warsaw. 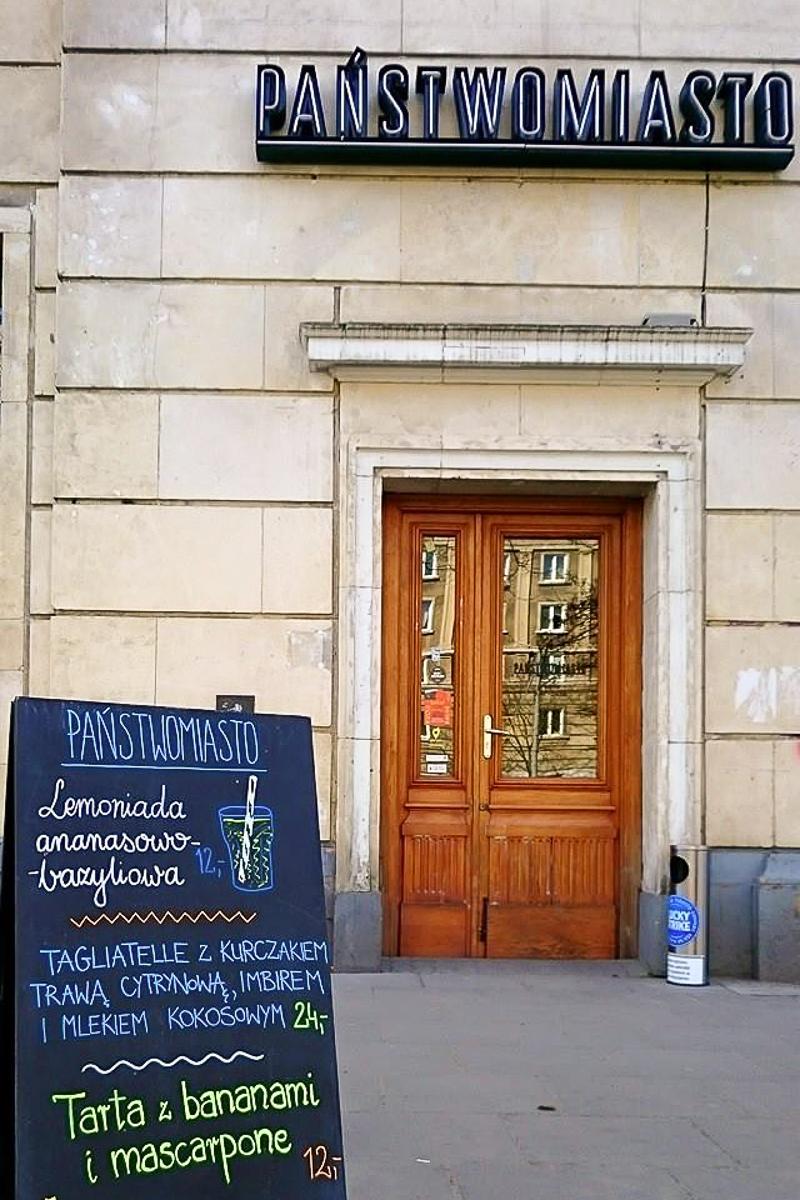 A restaurant/bar/and unofficial work hub for creative freelancers in Warsaw’s Old Town neighborhood, which means the vibe is, whether you’re at one of their tall tables or curled up on a couch, fairly low key. Stop by and get some work done in their airy, laptop-friendly dining room, and then toast to a job well done. (Important vocab: cheers = “Na zdrowie!”) 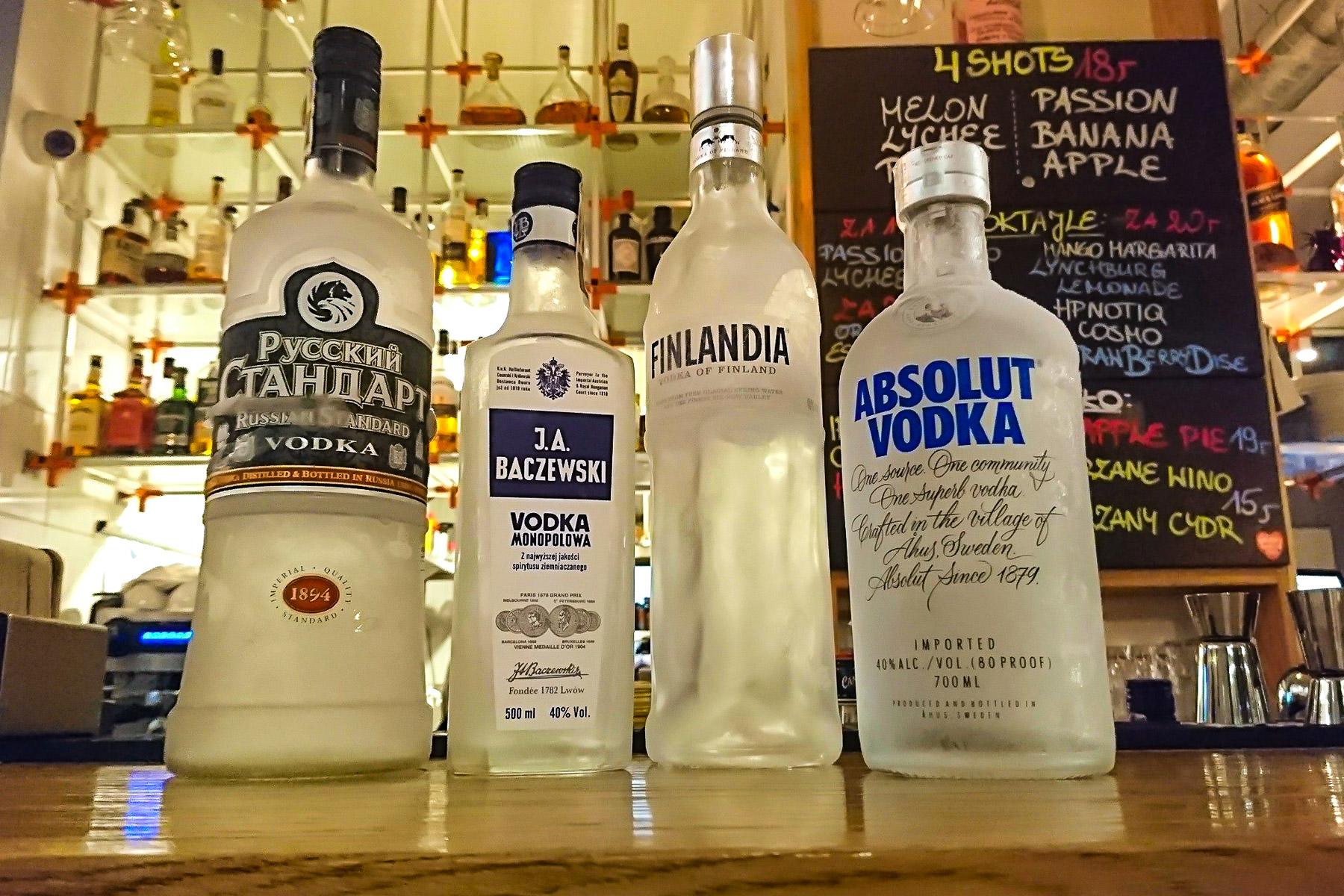 Translation: “A Meter Above Earth.” If you’re into vodka for the dessert factor, stop by to sample Metr nad Ziemią’s deep bench of flavors like lychee, apple, and cotton candy. Because Poles generally don’t drink for the express purpose of getting drunk (although it’s been known to happen), they also offer a host of salty bar snacks to help soak up the booze, like their cheese board, soups, or selection of bread spreads. 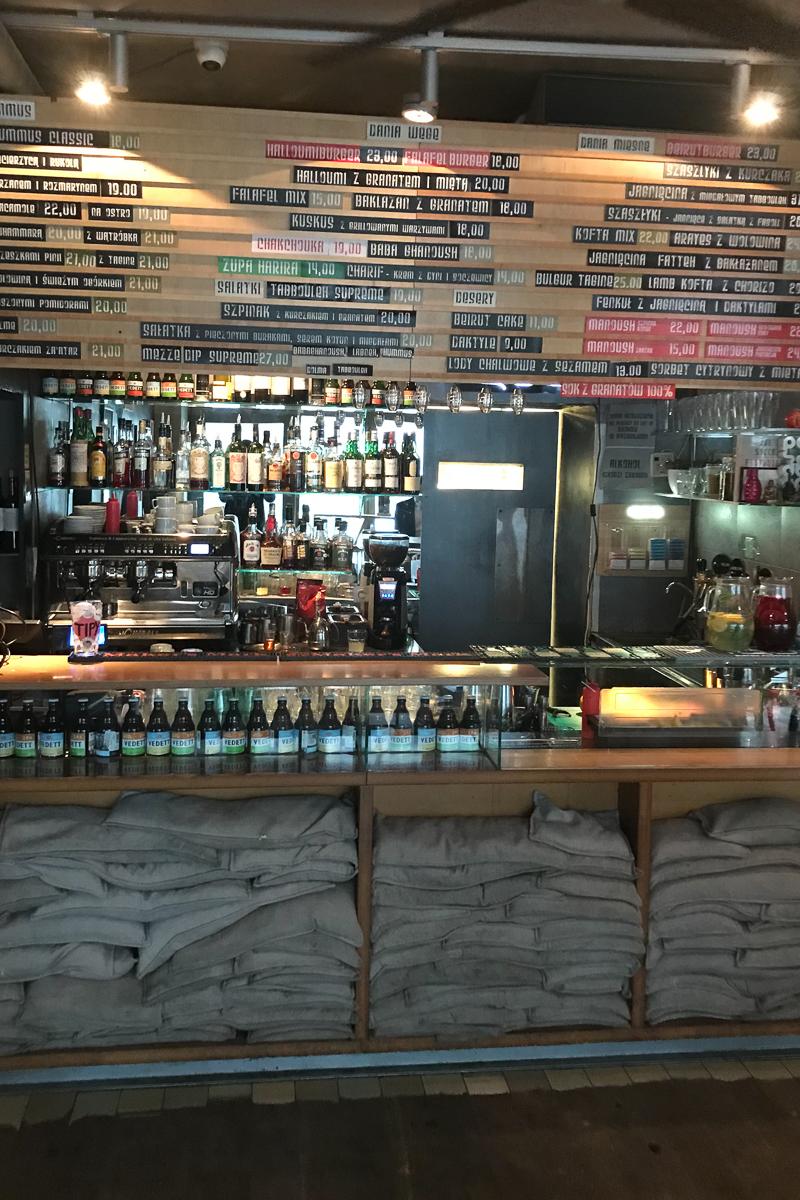 Beirut (named for the band) is a casual concept bar where the soundtrack is nearly as important as the drinks, and on warm busy nights, the party has been known to spill out onto the street. (Poland has very loose laws on drinking in public.) Stop by for one of their regularly scheduled DJ sets and signature hummus dishes. Then chase your food with a shot of strong, sweet Soplica hazelnut vodka. 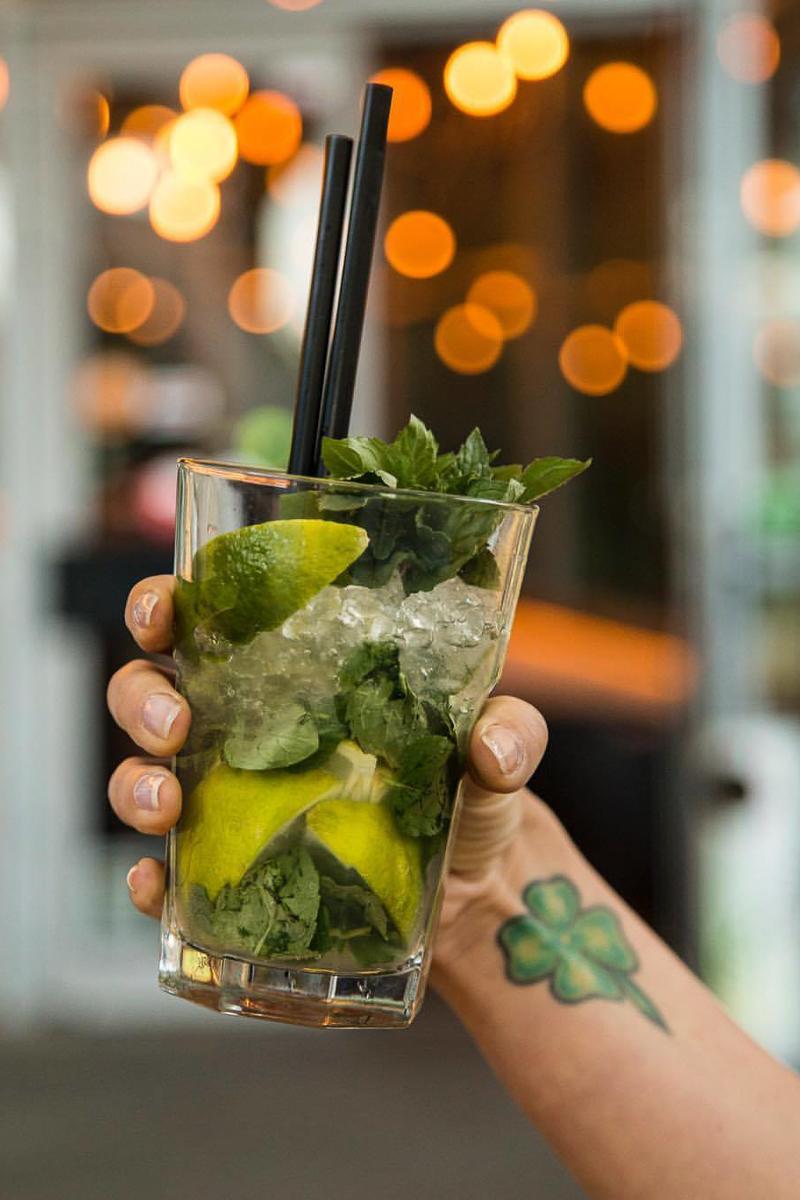 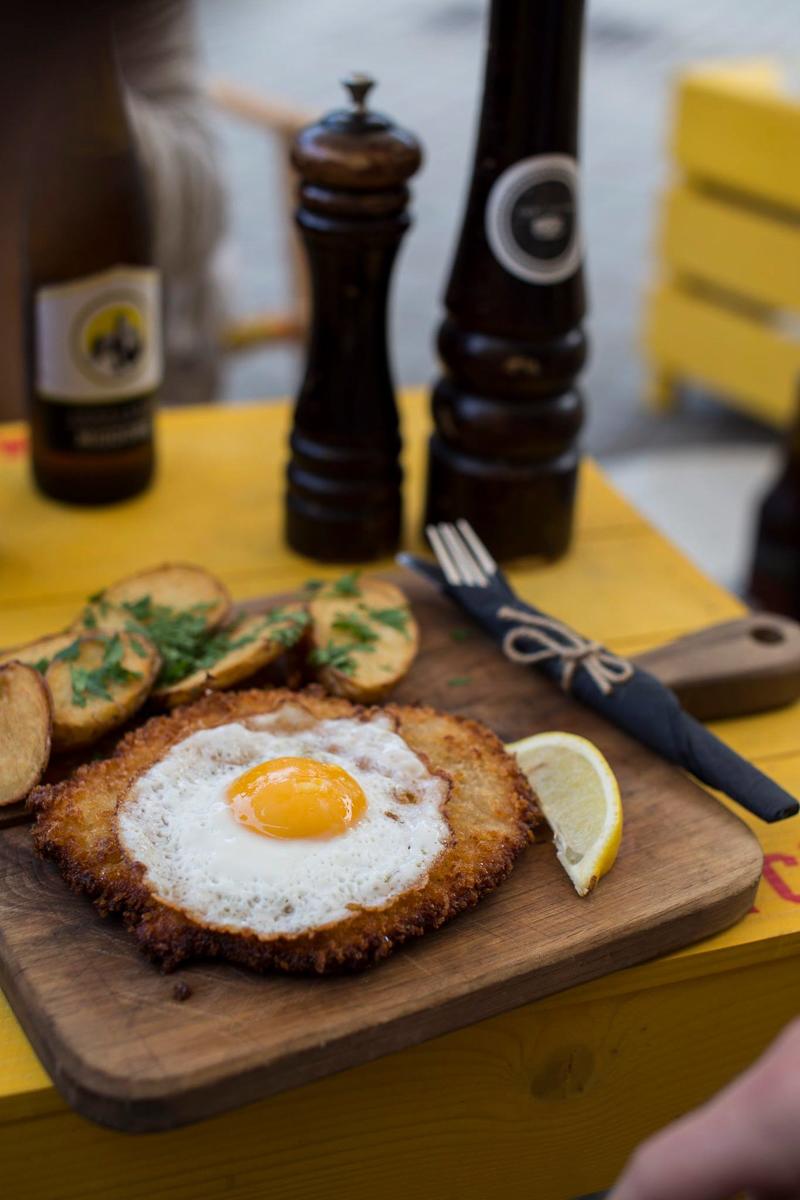 PHOTO: Warszawa Powiśle
Previous Next
11 OF 12

Built into the side of a working railroad station in an old ticket office, Warszawa Powiśle, with its flying saucer roof and graphic neon sign is the pinnacle of retro-futuristic architecture. Stop by for a shot of Zubrówka, a vodka that the locals refer to as “Bison” for its strong, plant-like taste, and single blade of grass placed in every bottle. Stick around for board games and the occasional concert. 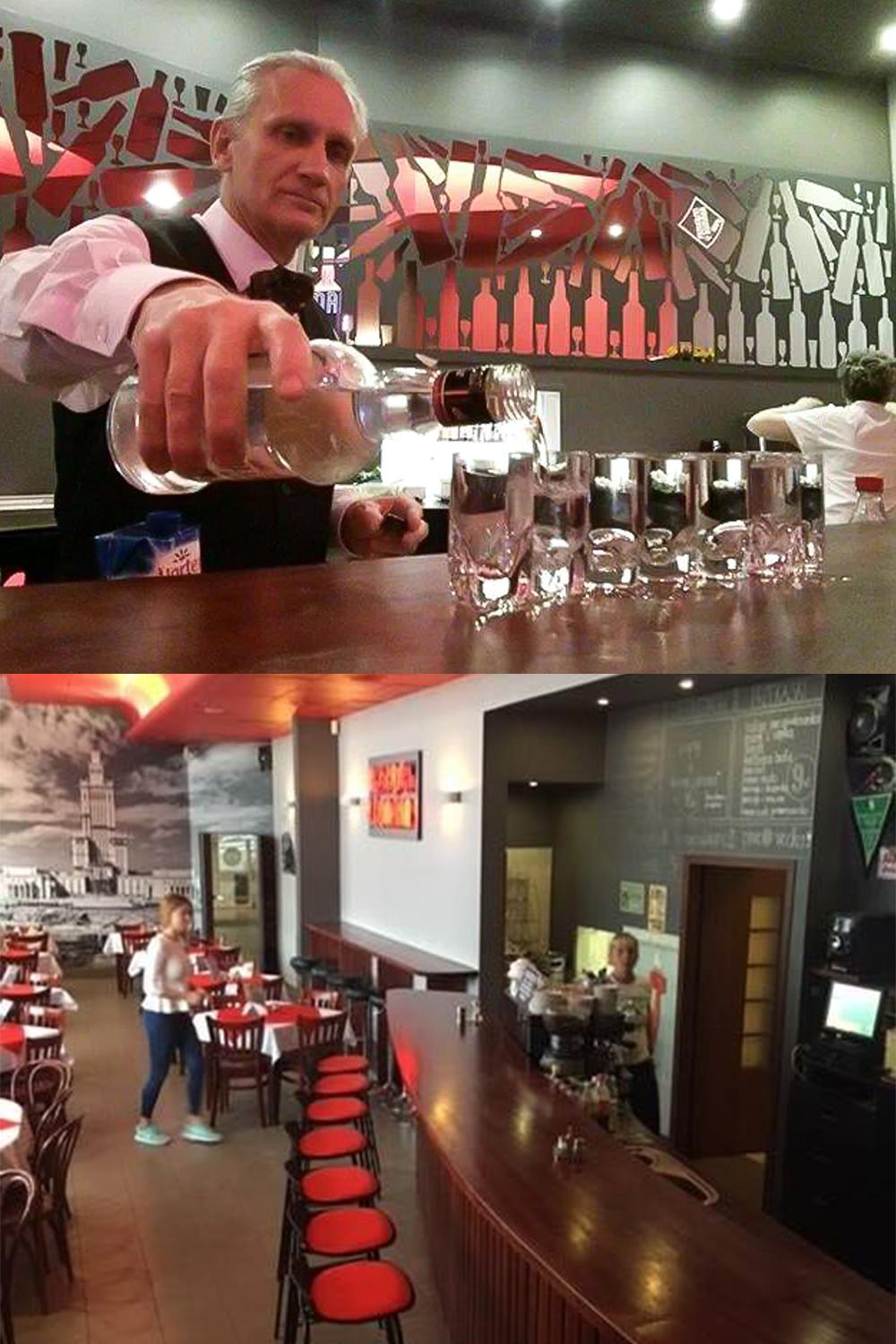 This is an intimate watering hole. Then again, with a name like “Snacks with Roman,” what might one expect? Step down into their red-lined dining room for one of the titular snacks, like tartare or pierogis, then follow it up with a digestive like Żołądkowa Gorzka, a sweet liquor that markets itself as “stomach bitters” because its alcohol percentage falls just below the legal definition of vodka. Why not have another round?