A mix of Victorian grandeur and Art Deco–inspired modernity, this hotel—regarded by some as Ireland's most spectacular—was built as the headquarters of Ulster Bank in the mid-19th century and still leads the way in style and sophistication. Once past the exuberantly Italianate facade, made of formidable Giffnock sandstone and crowned with a dramatic group of sculptures, you are greeted with a marble riot of tall urns, fruit, foliage designs, and plump ebullient cherubs on show, climaxing in the magnificent Great Room restaurant (the former banking hall). Upstairs, the ornate guest rooms come with antique furnishings, works of art, rich fabrics, and enormous flat-screen TVs. Children can hear a recorded bedtime story, "The Children of Lir," specially narrated for the hotel by Northern Irish actor James Nesbitt. There's an underground spa with five treatment rooms and a champagne nail bar; afterwards, repair to the cool Bert's Jazz Bar, which serves French bistro–style food in an informal setting. Dinner in the Great Room, with Ireland's biggest chandelier, is a memorable experience. Sink into the rooftop hot tub and enjoy panoramic views over the city skyline. 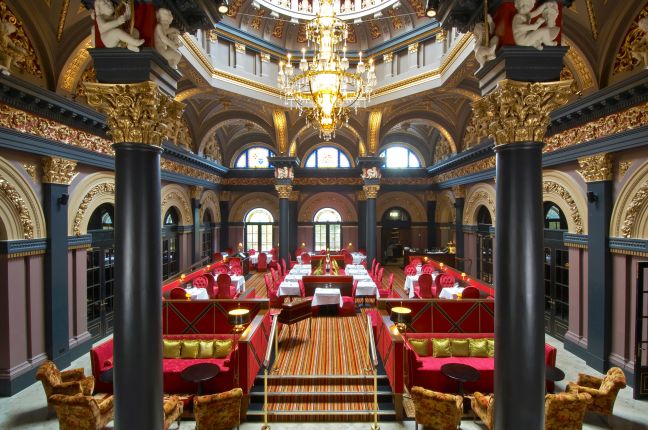 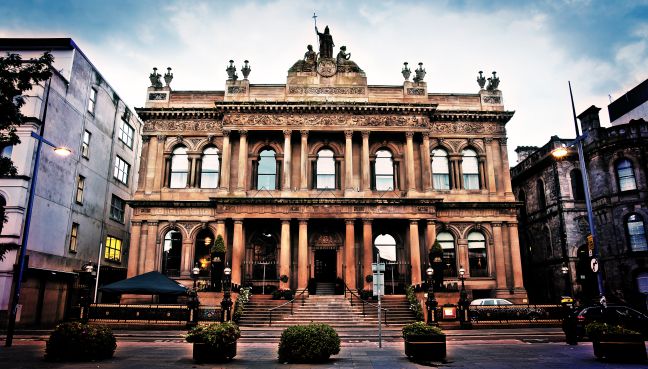 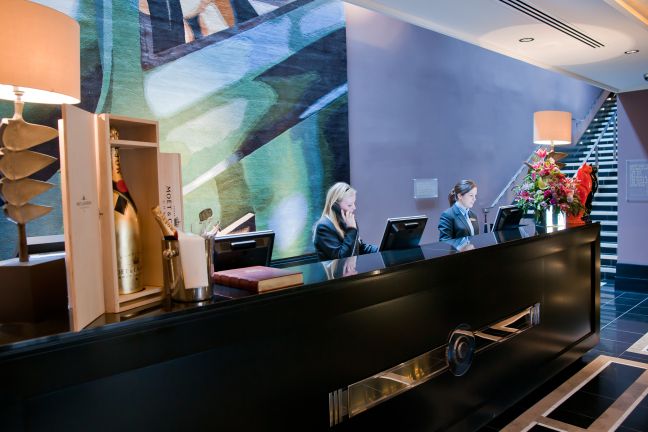 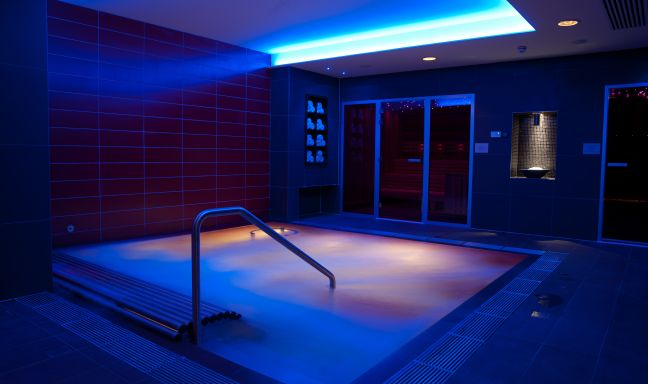 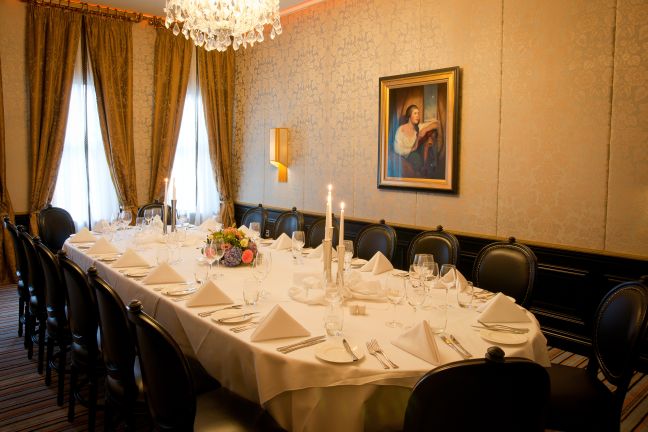 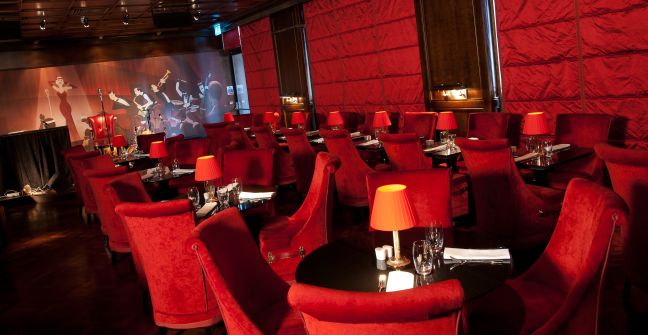 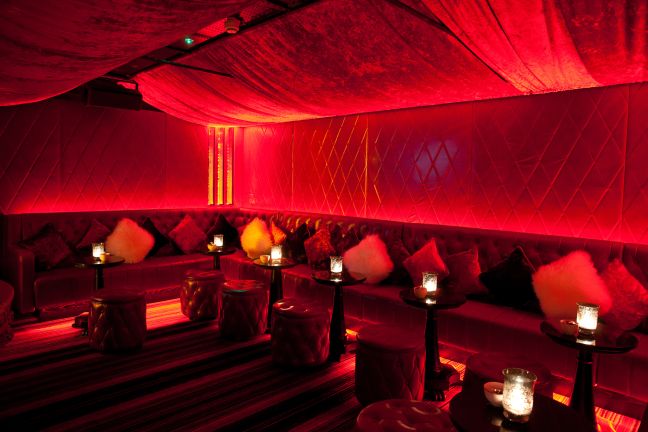 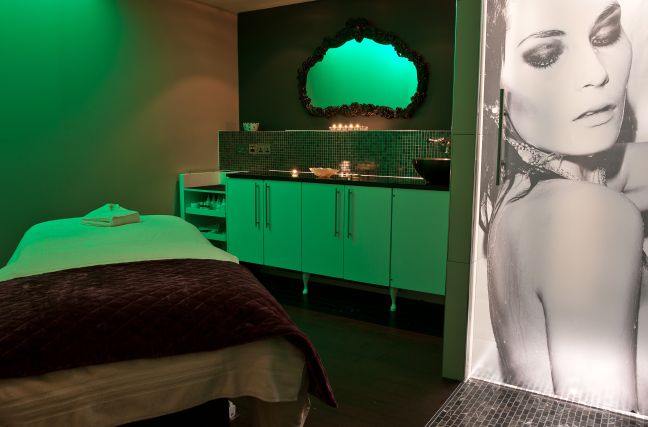 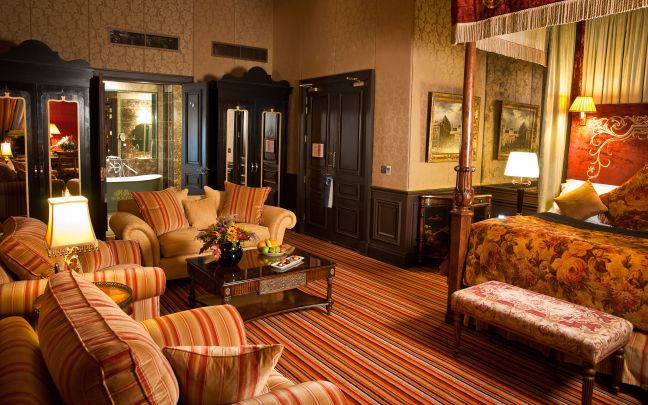 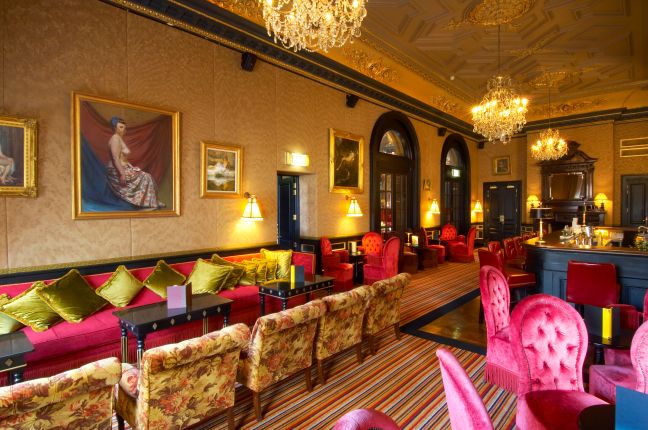 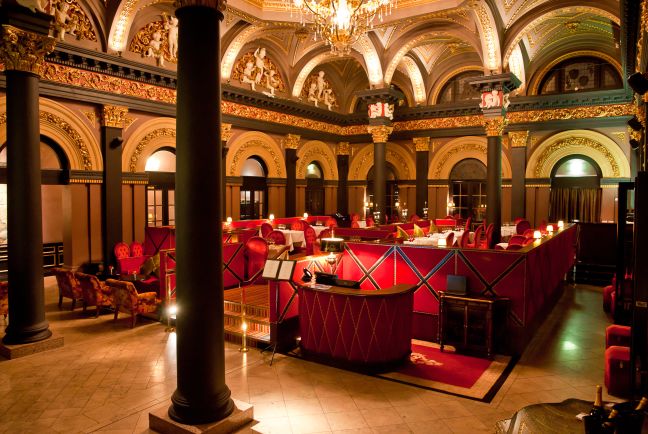 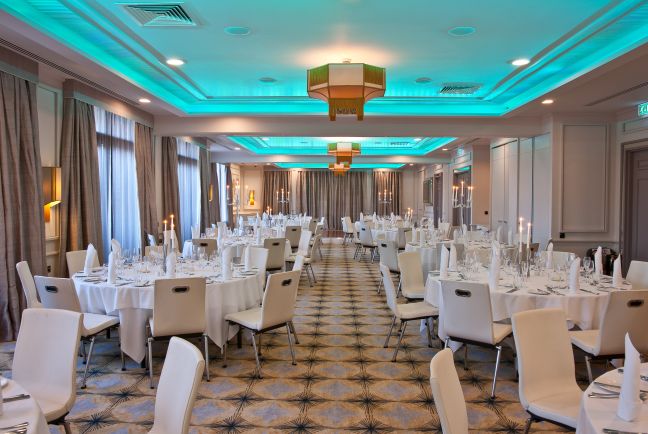