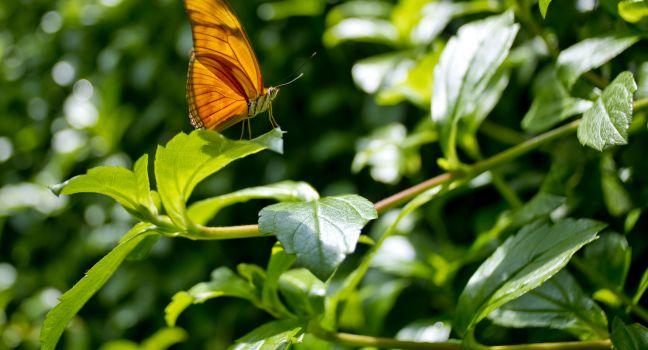 This wonderful botanical garden was originally laid out as a medicinal herb garden in 1638 by the Amsterdam City Council before the collection expanded to include exotic plants from the East India Company's forays into foreign lands. A total of 4,000 species are represented in the ornamental gardens and the three-climate greenhouse. There's also a butterfly house. One of the treasures is a 300-year-old Eastern Cape giant cycad, perhaps the oldest potted plant in the world. The orangery houses a charming café terrace—one of the most peaceful places in the city to enjoy a cup of coffee. In fact, the Hortus harbors the leafy descendants of the first coffee plants ever introduced into Europe. Hoping to end the Arabian Peninsula's expensive monopoly on coffee, a Dutch merchant stole a coffee plant from Mocha, Yemen, and presented it to the Hortus in 1706, where it flourished in the greenhouse. Its offspring played an important role in spreading coffee production around the world.

Book an Experience at Amsterdam VIEW ALL