Sharing the prestigious title with Leeuwarden in the Netherlands, Malta's capital city Valletta is Europe's Capital of Culture 2018.

2018 is the year to finally pay a visit to Valetta, the capital of Malta. Finally gaining long overdue recognition for its melting pot of historic sites and sunny beaches, the Mediterranean archipelago is an increasingly popular destination for overseas visitors who want to discover an arts and culture scene that is in the midst of a renaissance. From classical to contemporary, here’s where you can get a taste of Valetta’s arts and cultural scene. 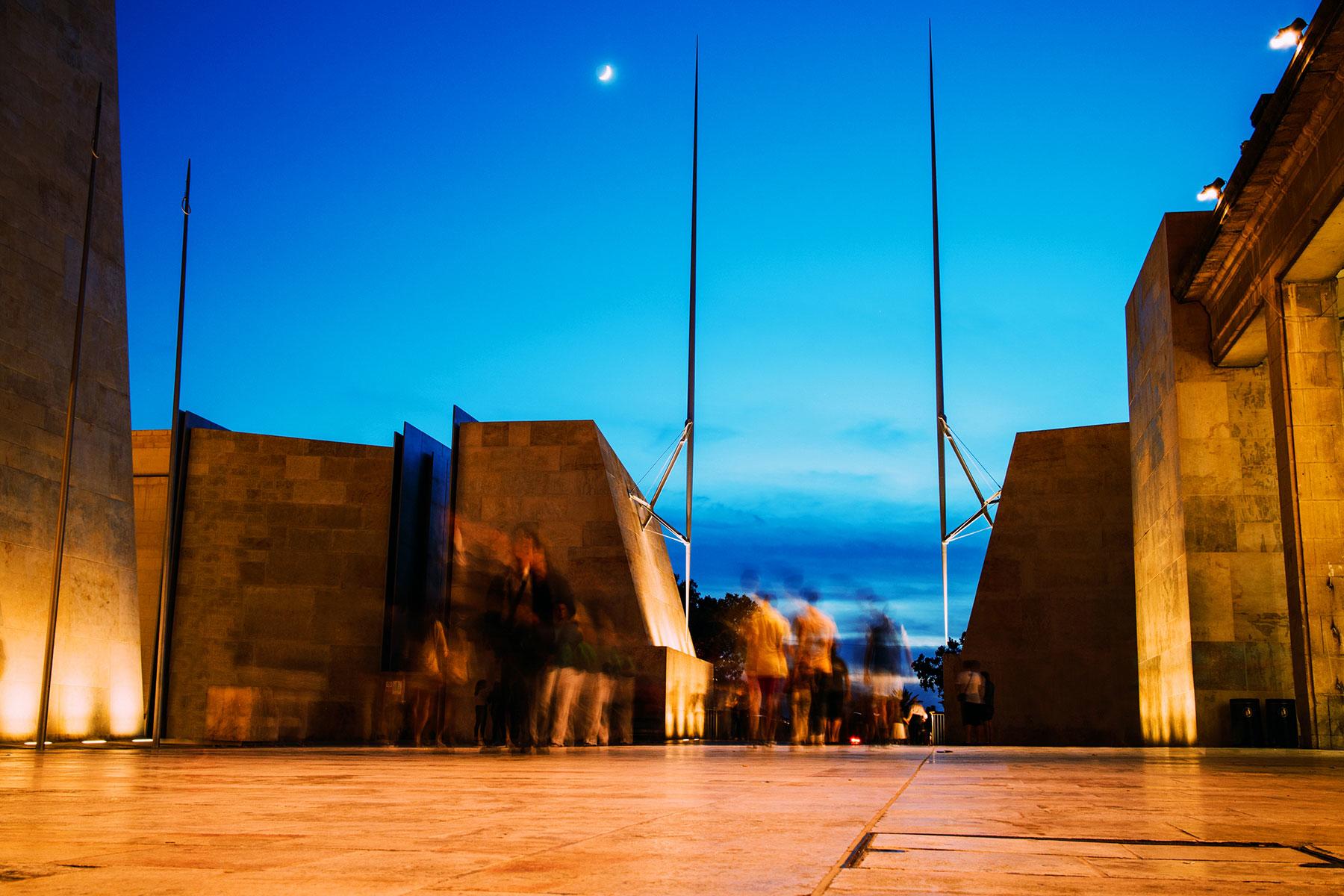 Five different city gates have guarded the entrance to Valletta over the past 450 years. The one that stands there now is very different to the previous four and has dramatically changed the look of the historic center. Designed by “starchitect” Renzo Piano (best known for his work on London’s Shard and New York’s Whitney Museum), the new sand-colored stone gate attracted much controversy (as well as admiration) for its contemporary design, which features a breach in the bastions and steel blades that slice through the old and new parts of the fortifications.

Renzo’s project is made up of several parts and also includes an open-air theater within the ruins of the former Royal Opera House and a new parliament building. 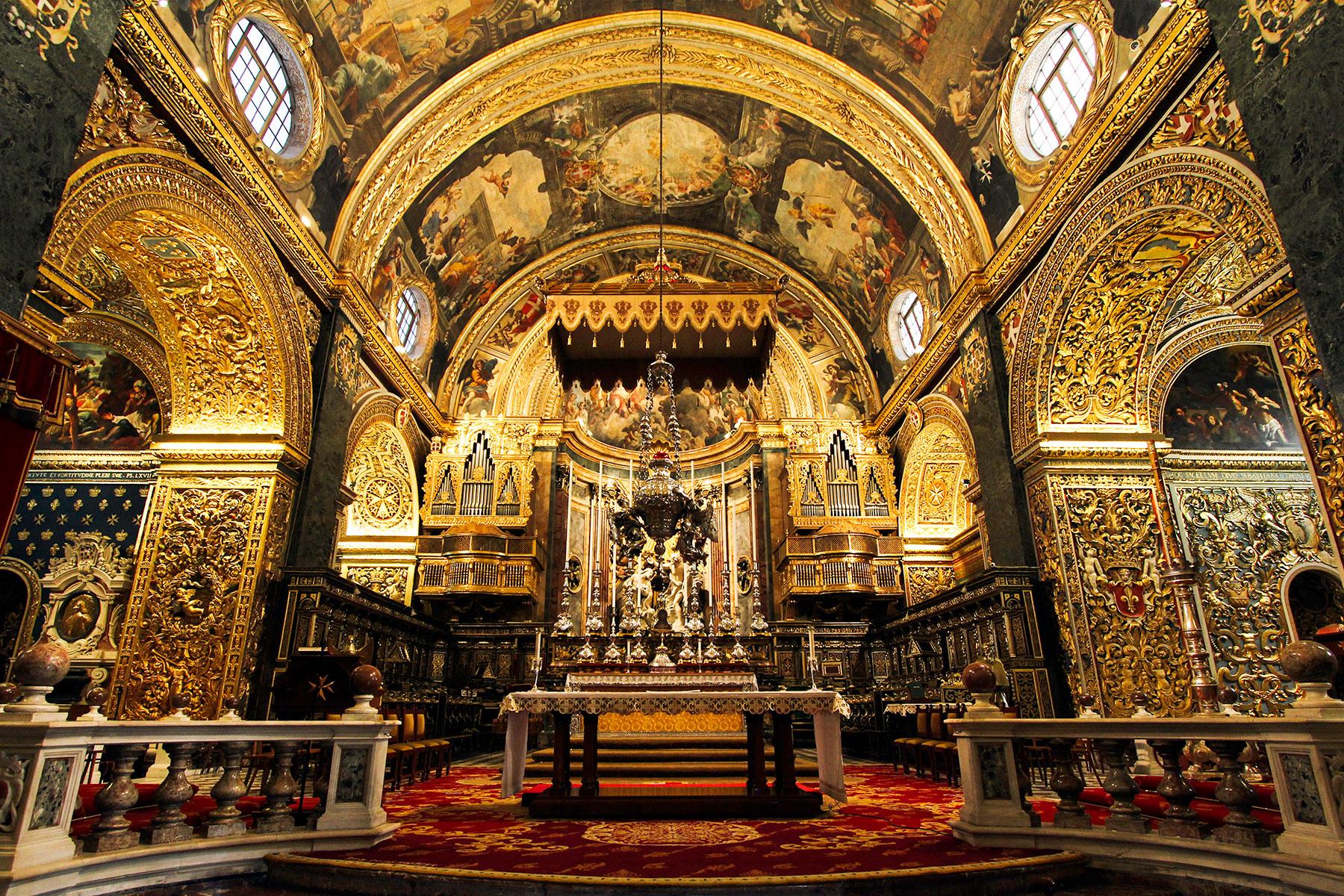 Built by the Order of St. John, the 16th-century St. John’s Co-Cathedral is noted for its opulent Baroque interiors—with vaulted ceilings and intricate carvings, there’s a good argument to be made that it is one of the finest examples of Baroque architecture in Europe—as well as its collection of fine art. The church is home to a series of paintings depicting the life of St. John the Baptist by Italian artist Mattia Pretti, but its masterpiece is Caravaggio’s The Beheading of St John the Baptist. One of the most important works made by the Italian artist, the painting, completed in Malta, is the only work to bear his signature and one of the greatest existing examples of his deftness in the use of the chiaroscuro technique. 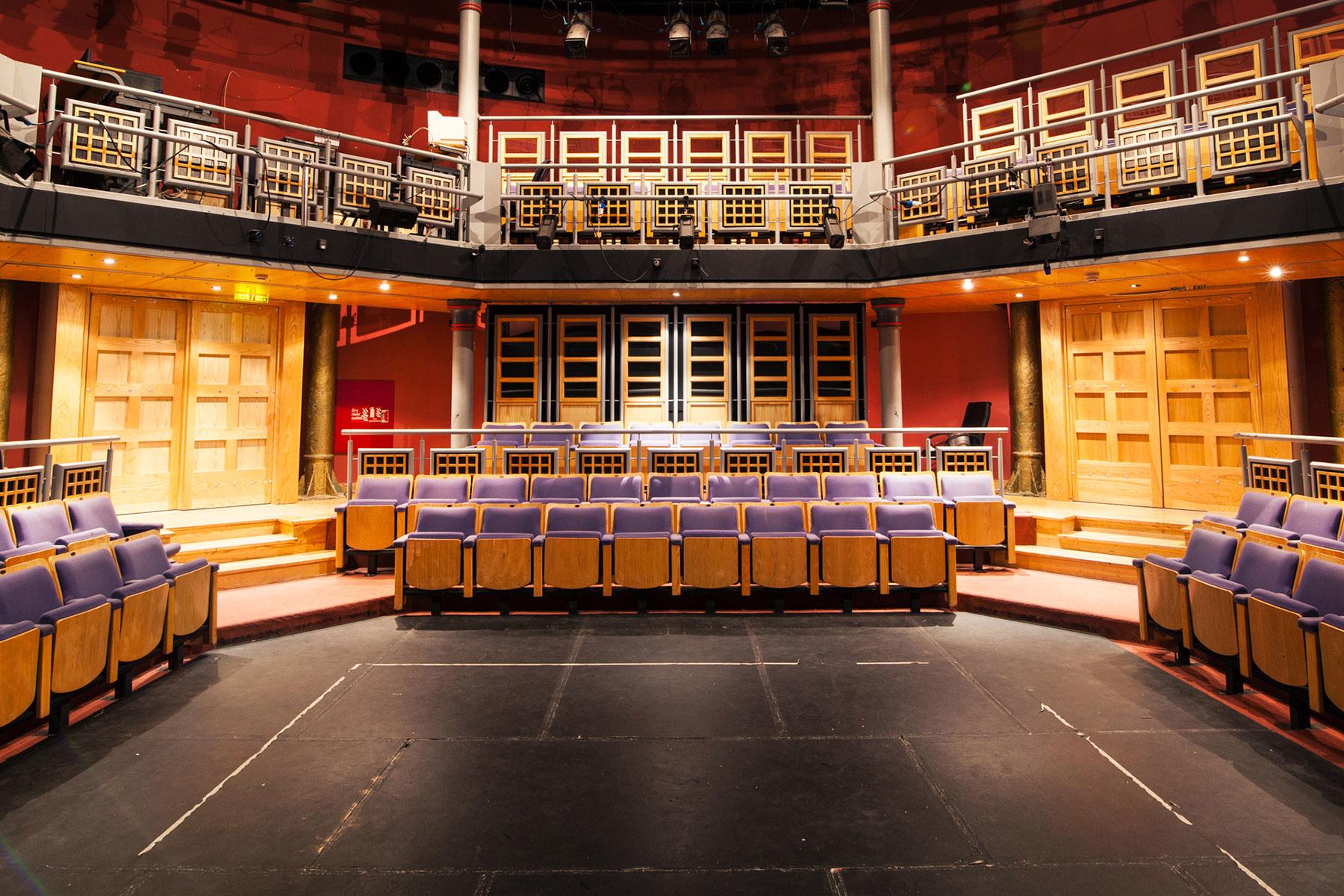 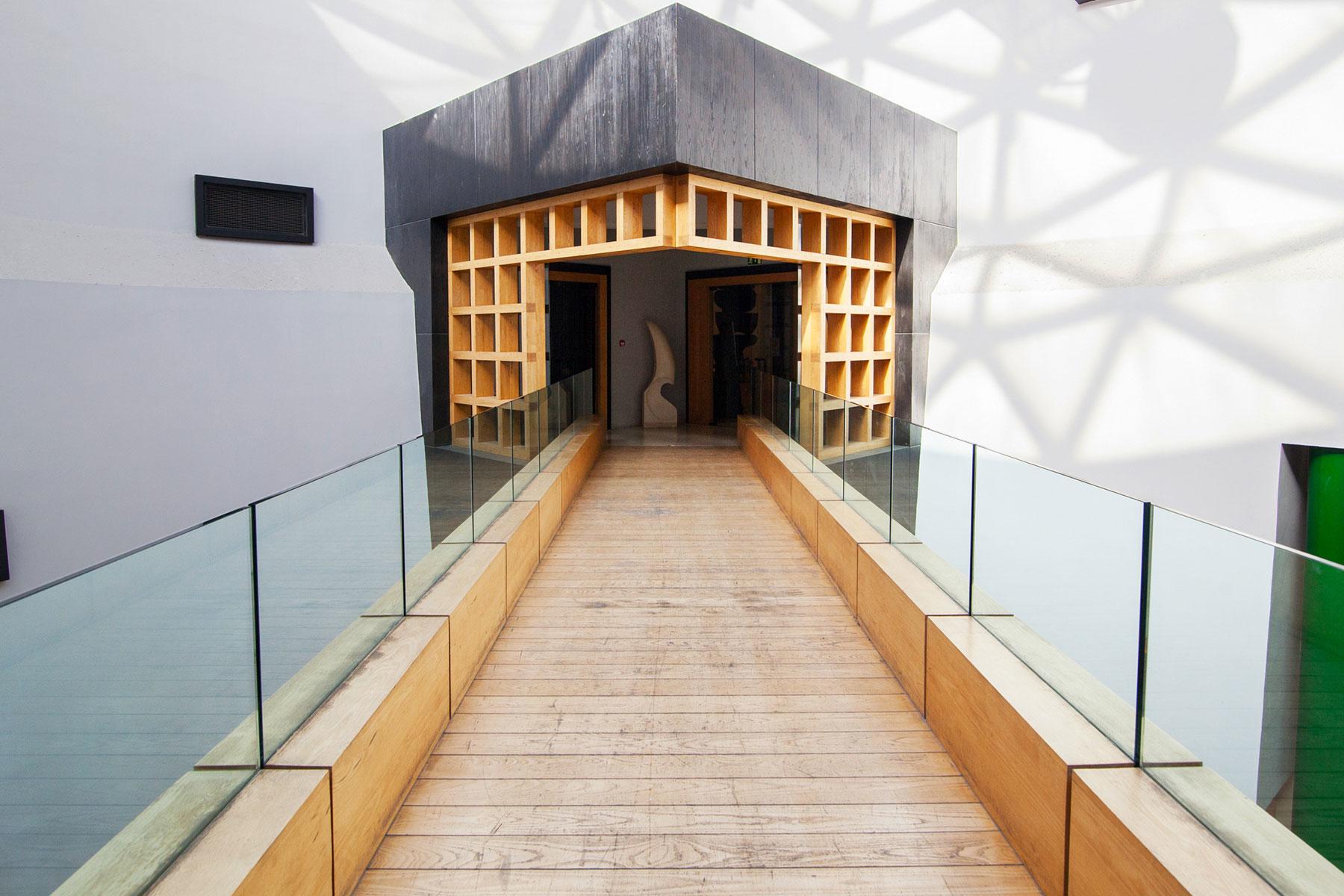 The 16th-century fortification of St. James Cavalier was built by the Order of St. John to guard the entrance to Valletta. In 2000, this ancient space was transformed into a dazzling arts center. Now known as Spazju Kreattive (“creative space”), the historical site is home to a mix of Baroque and contemporary architecture and encompasses art galleries, a theater, a cinema, and a packed program of cultural events. 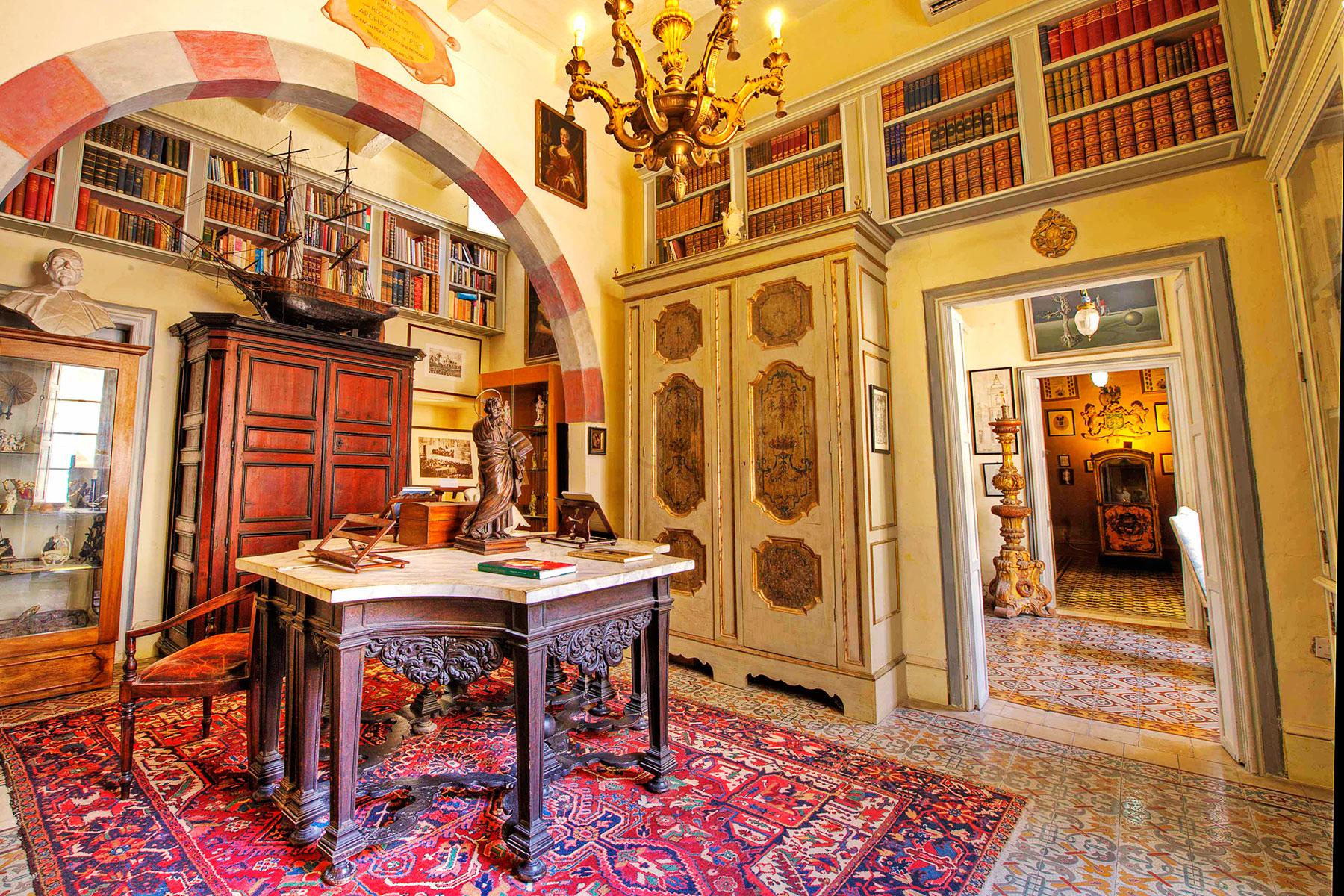 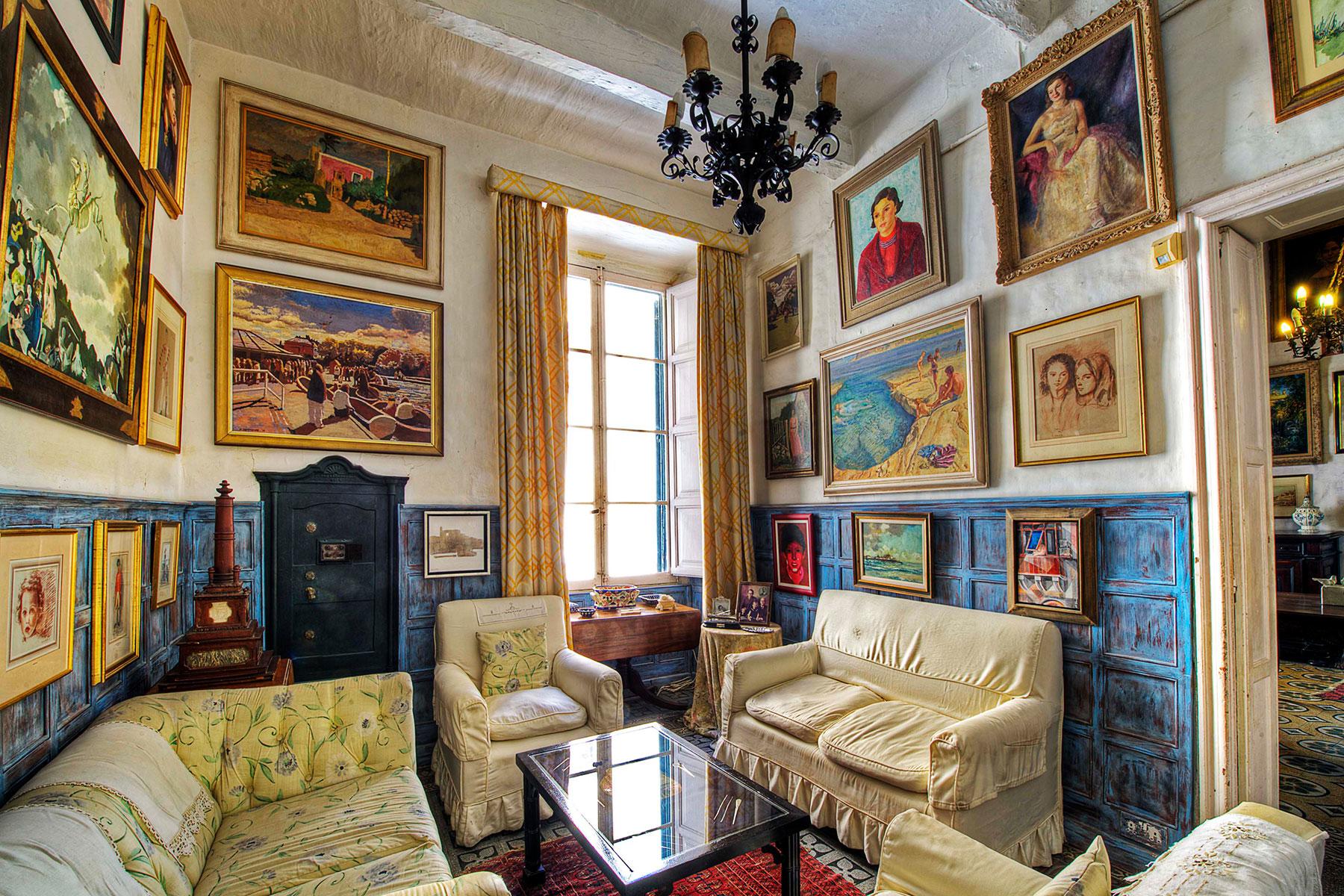 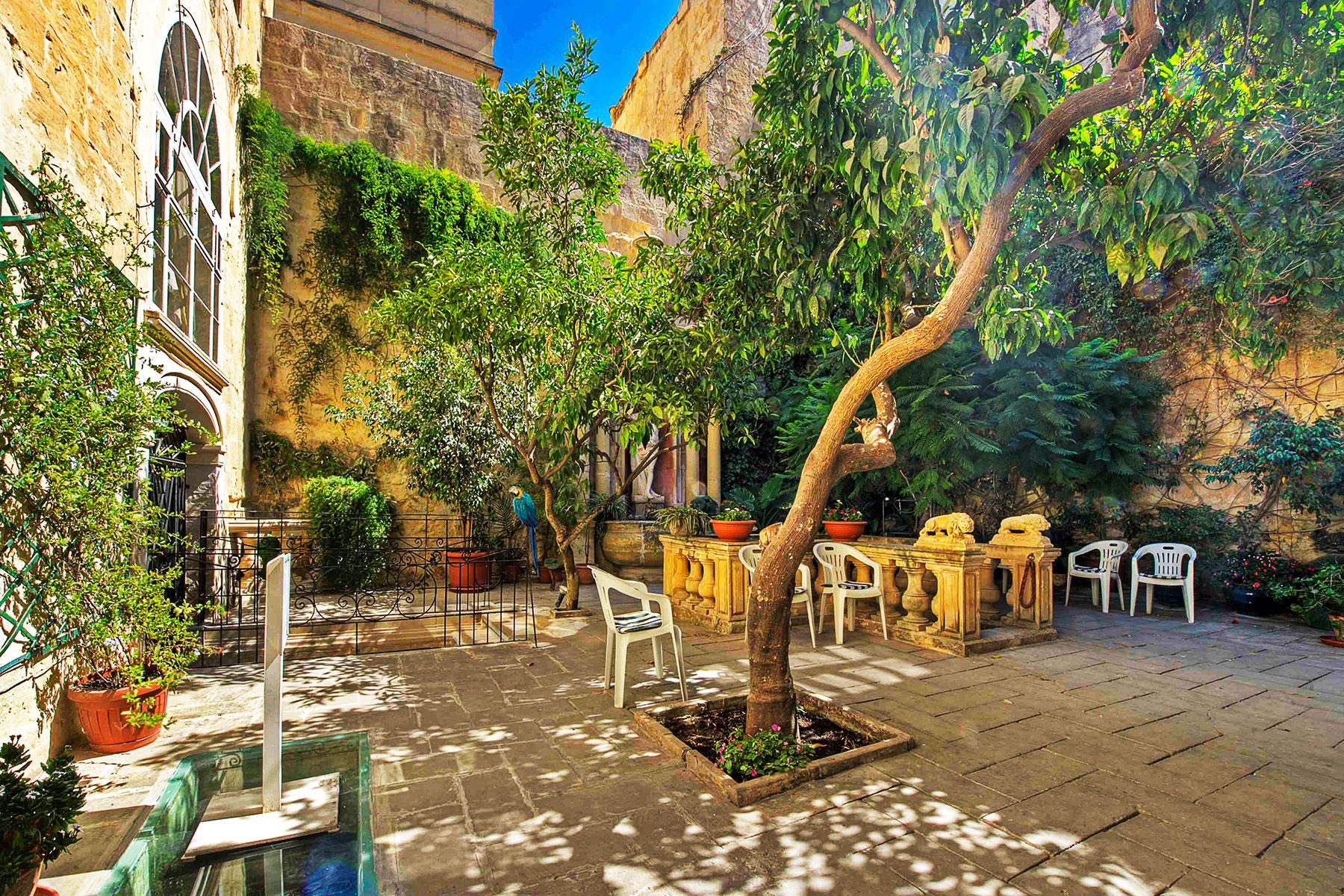 PHOTO: James Bianchi
Previous Next
4 OF 10

The 16th-century palazzo Casa Rocca Piccola is the family home of the 9th Marquis de Piro. The Marquis and Marchioness still live there and have opened part of the palazzo to the public, which you can visit on guided tours that are sometimes led by the couple themselves. Visitors can walk through a maze of rooms showcasing a variety of architectural styles, from art nouveau to Palladian; see parts of the family’s art and antique collection, including glass chandeliers, jewelry, and religious artifacts; and get a unique insight into the privileged lifestyle of the aristocracy. 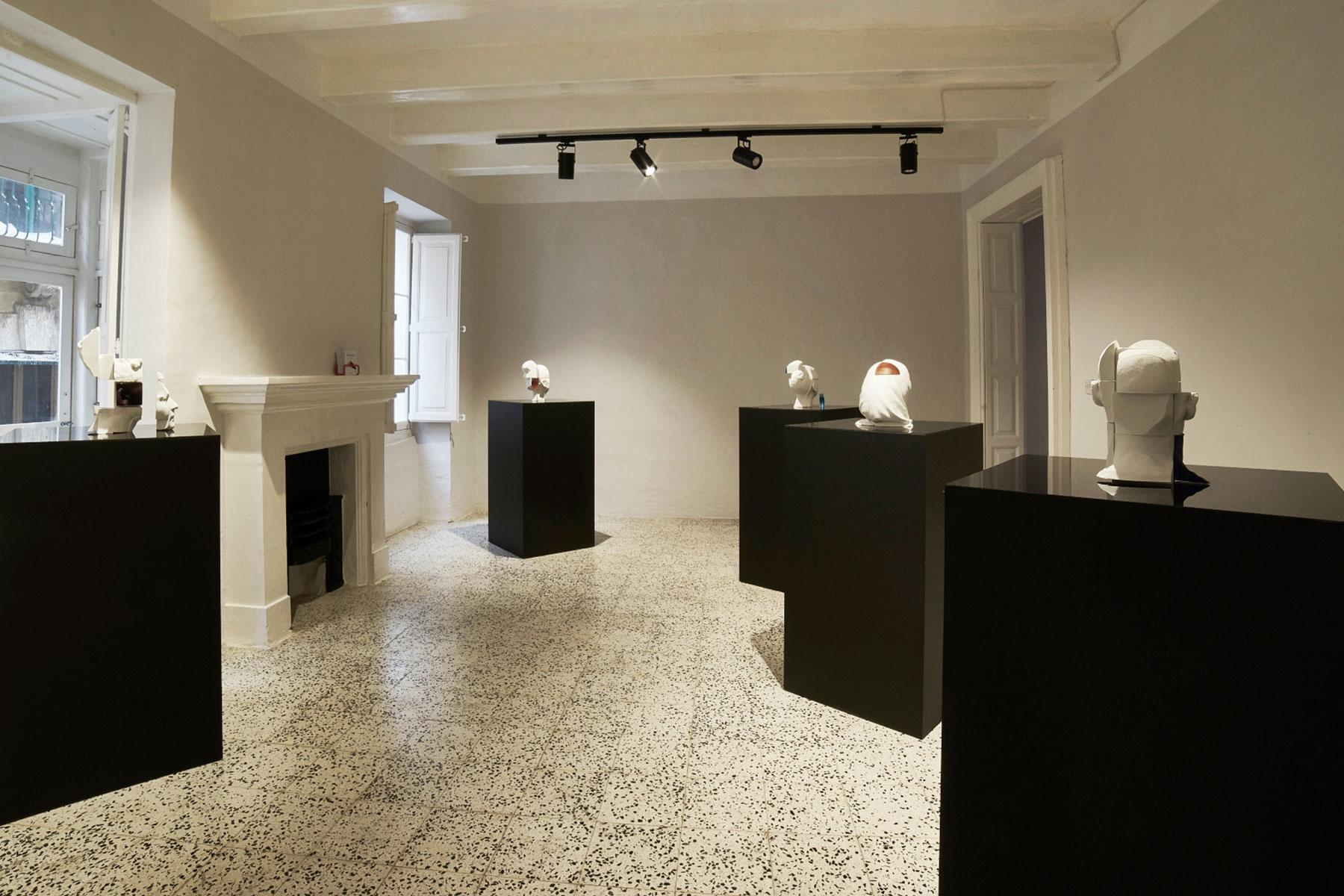 Malta’s first independent contemporary art gallery, Blitz Art Gallery is housed in a restored and repurposed 400-year-old four-story Valletta townhouse. Blitz supports experimental and radical arts practices through exhibitions, workshops, and a residency program, which invites artists to live and work in the building. Visitors will also find a small but well-curated shop on the first floor. 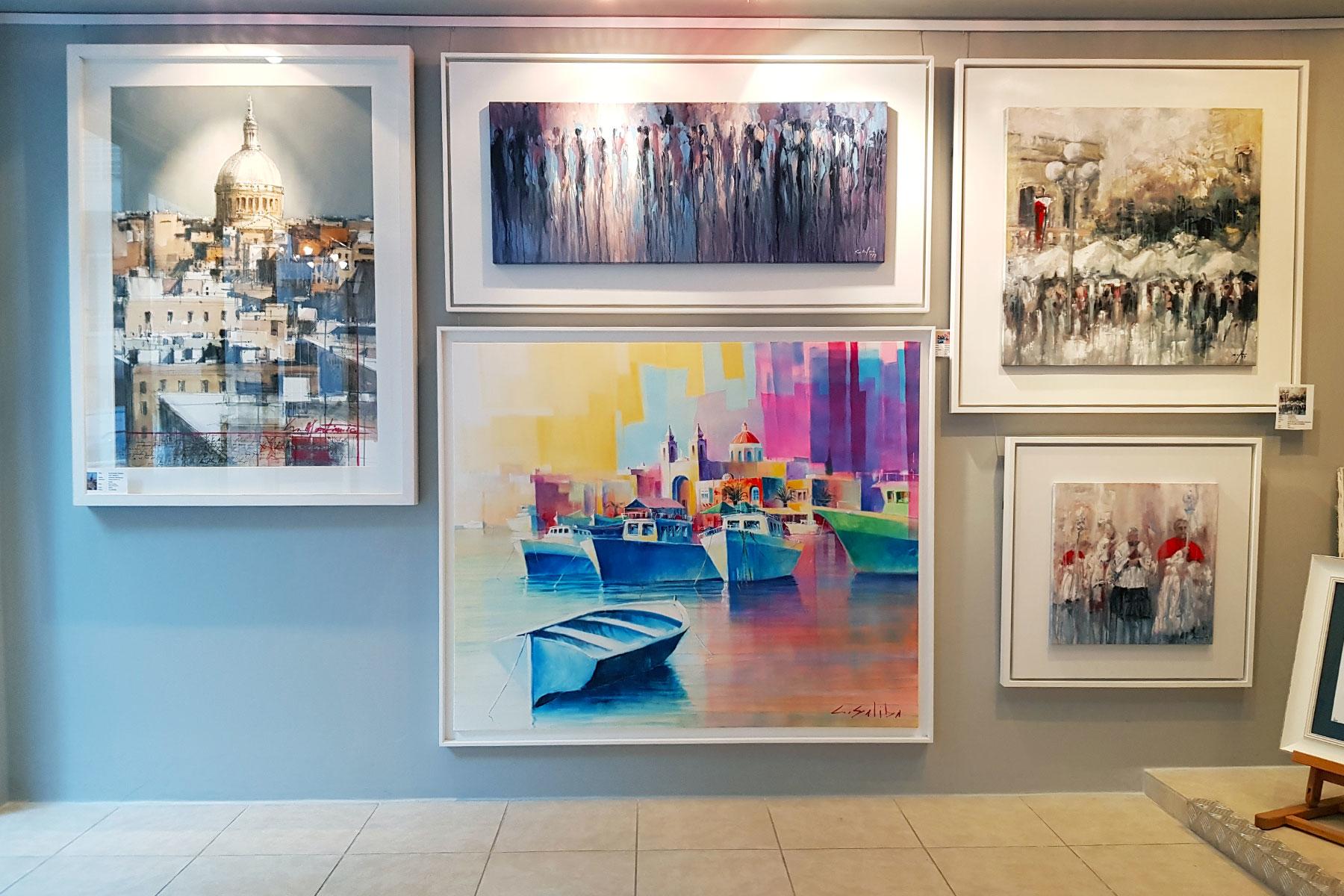 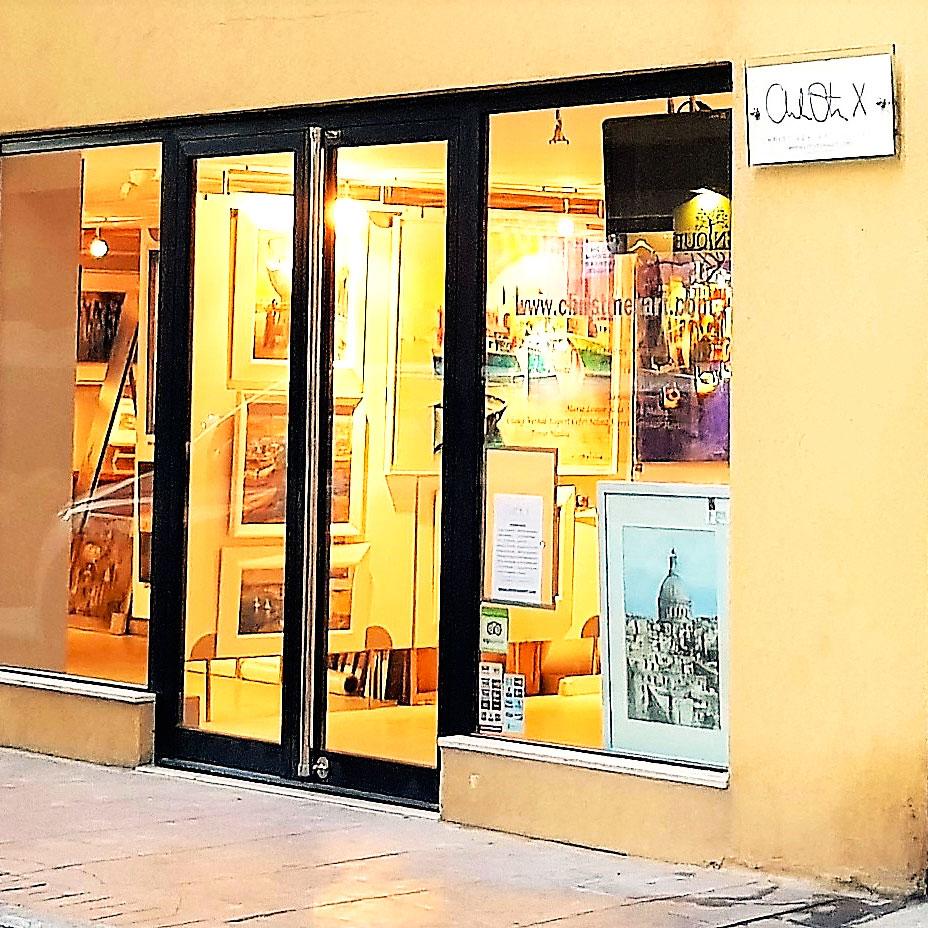 Valletta’s oldest commercial art gallery, Christine X is located in the seaside town of Sliema, about a 20-minute drive from Valletta. The small gallery shows a vast collection of figurative, landscape, and abstract works by Maltese artists as well as international artists with connections to the islands. 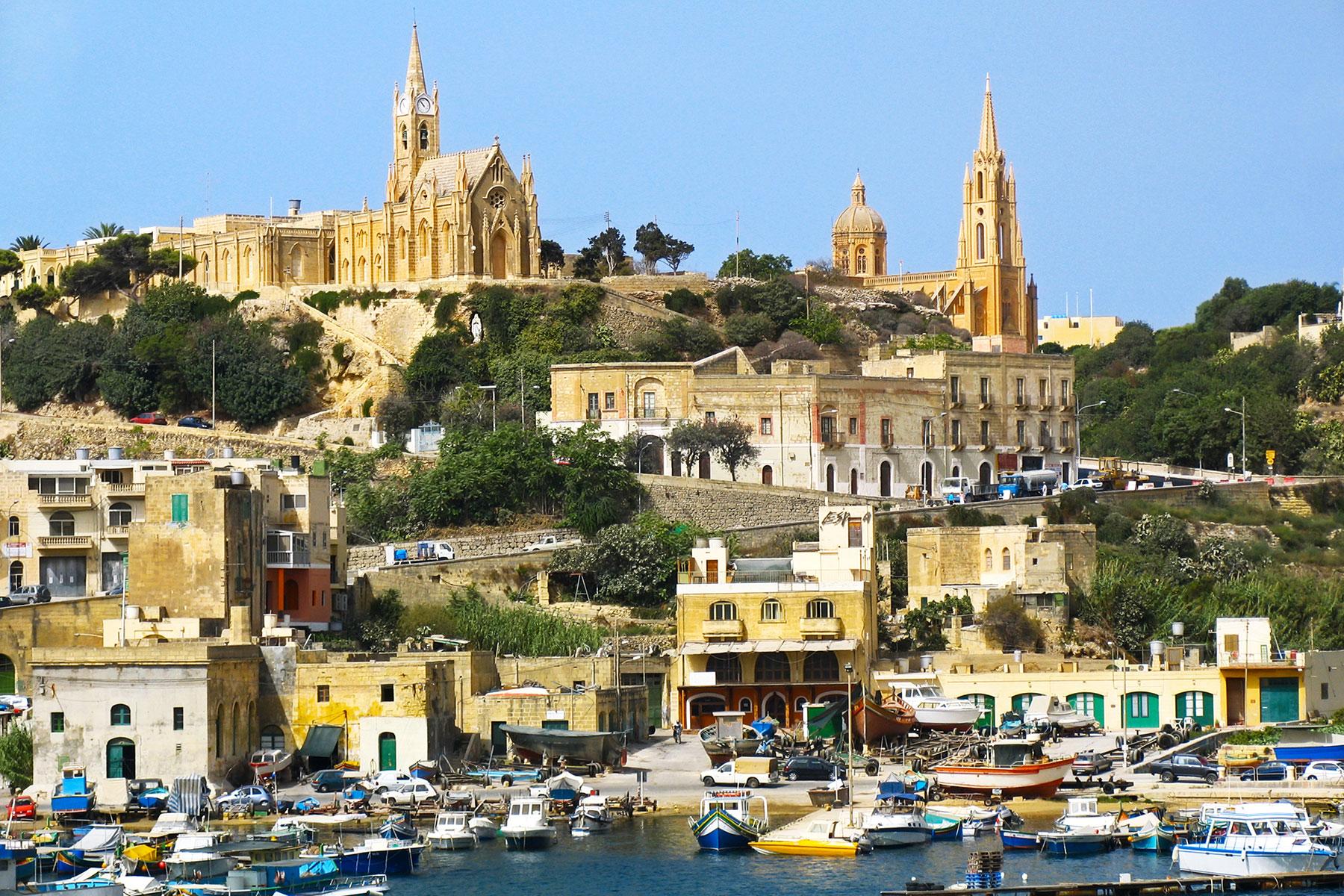 Run by the well-known Maltese artist Norbert Francis Attard, who represented Malta in the 48th Venice Biennale in 1999, Gozo Contemporary is located on the neighboring island of Gozo (an easy 20-minute ferry ride from Cirkewwa on the island of Malta). The space offers artists working in various mediums the opportunity to live and work on Gozo for short periods of time in a self-directed residency. They then have their work shown to the public in the gallery space at the end of their stay. 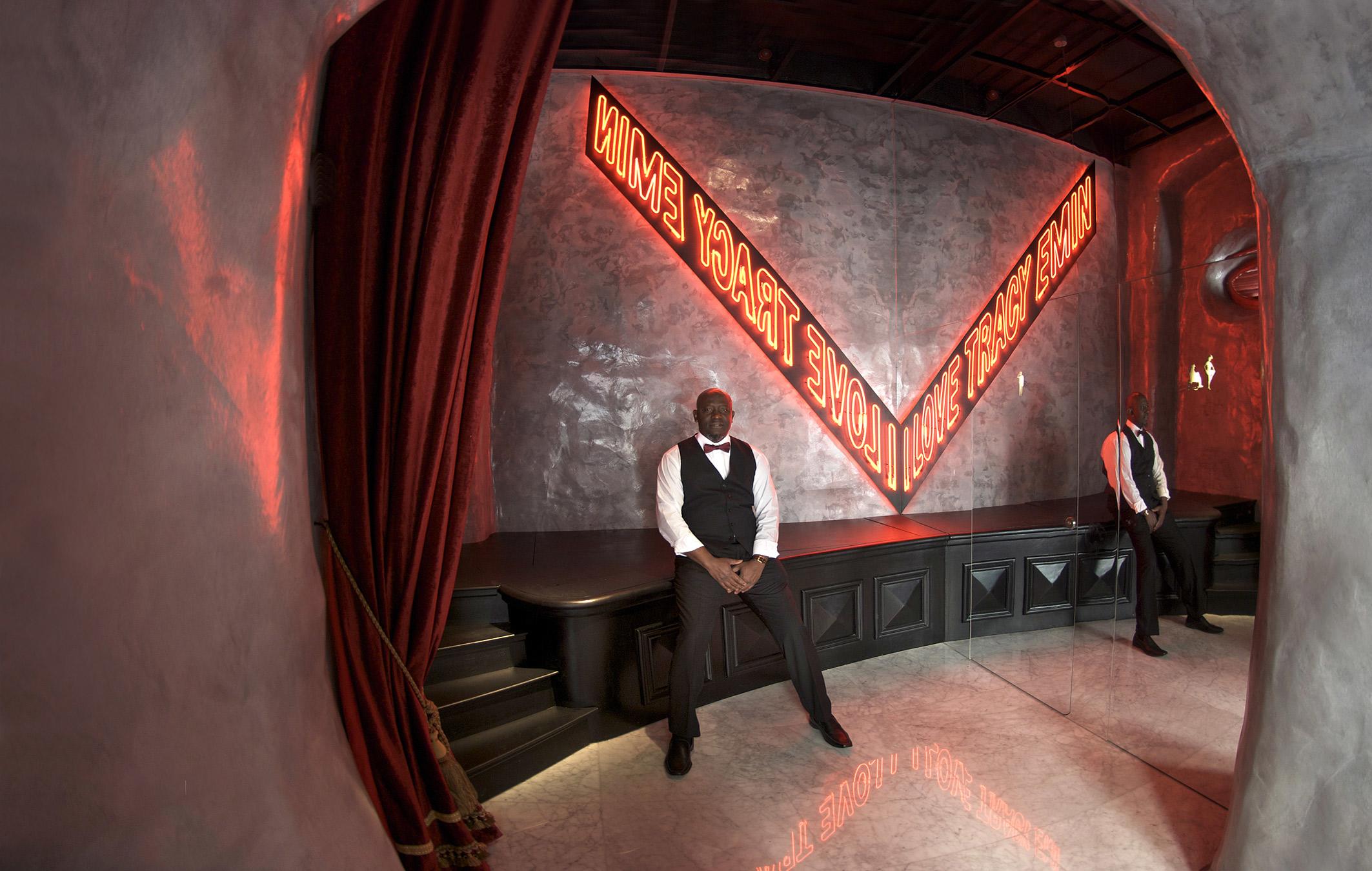 One of artist Francis Attard’s most notable public works can be found in the rather unexpected surroundings of a public toilet in Valletta’s old red light district of Strait Street. “V,” named after the Thomas Pynchon novel that is partly set in the area, features a red shuttered window listing words beginning with the letter v on the outside and a neon light in the shape of a V and a sound piece inside.

Back around the redeveloped City Gate area, take a look at what piece of public art might be currently on display. One of the most memorable, and controversial, pieces of the last few years was a statue of a three-legged horse, symbolizing lost power, by the local artist Austin Camilleri. 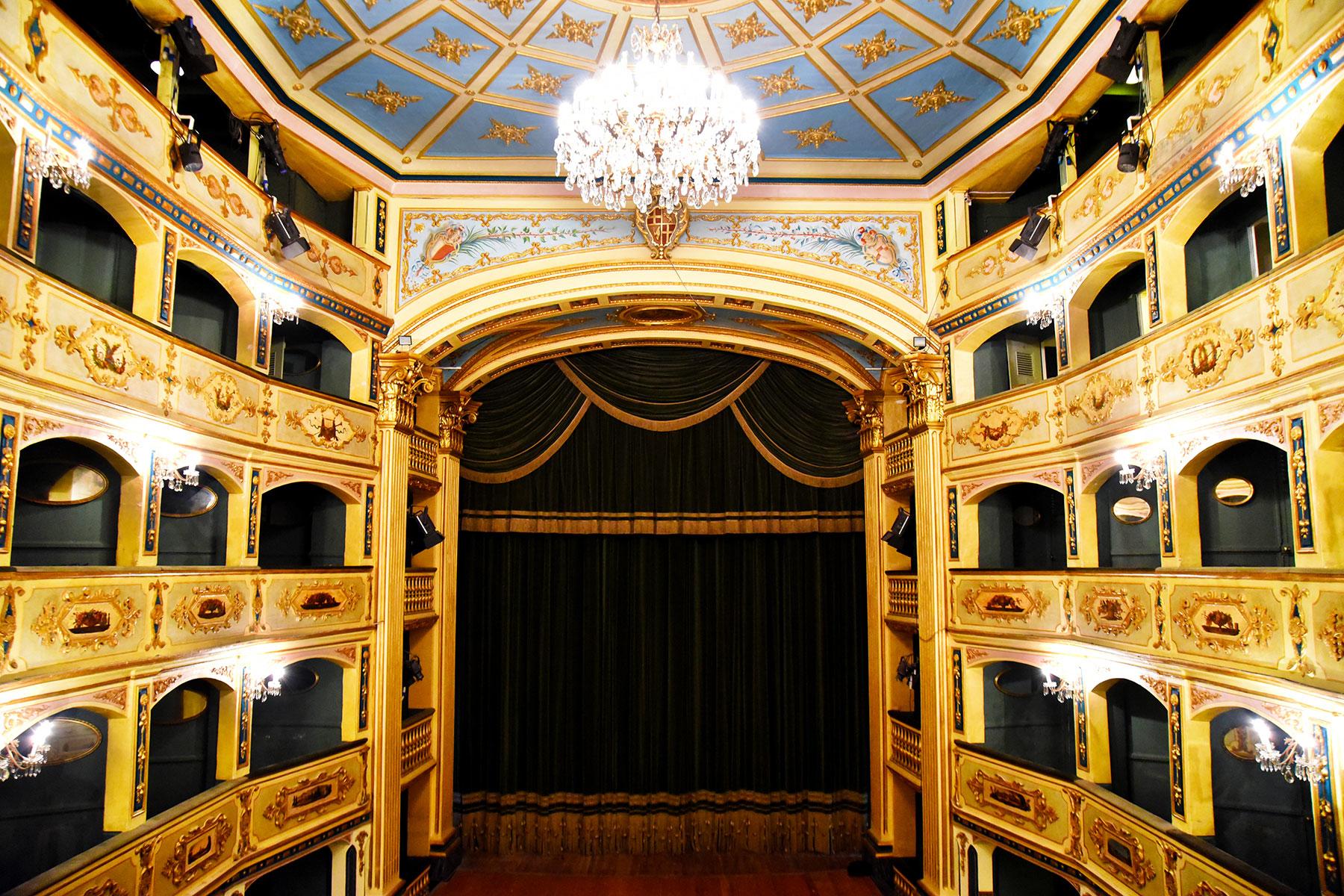 Back in Valletta, Teatru Manoel is thought to be the third-oldest working theater in Europe. Built in 1731 on the orders of the Grand Master of the Knights Hospitaller, the theater is a Baroque gem with gold leaf-decorated boxes and a trompe-l’oeil ceiling. As well as catching one of its many productions in Maltese or English, you can take a guided tour of the theater and adjoining museum. 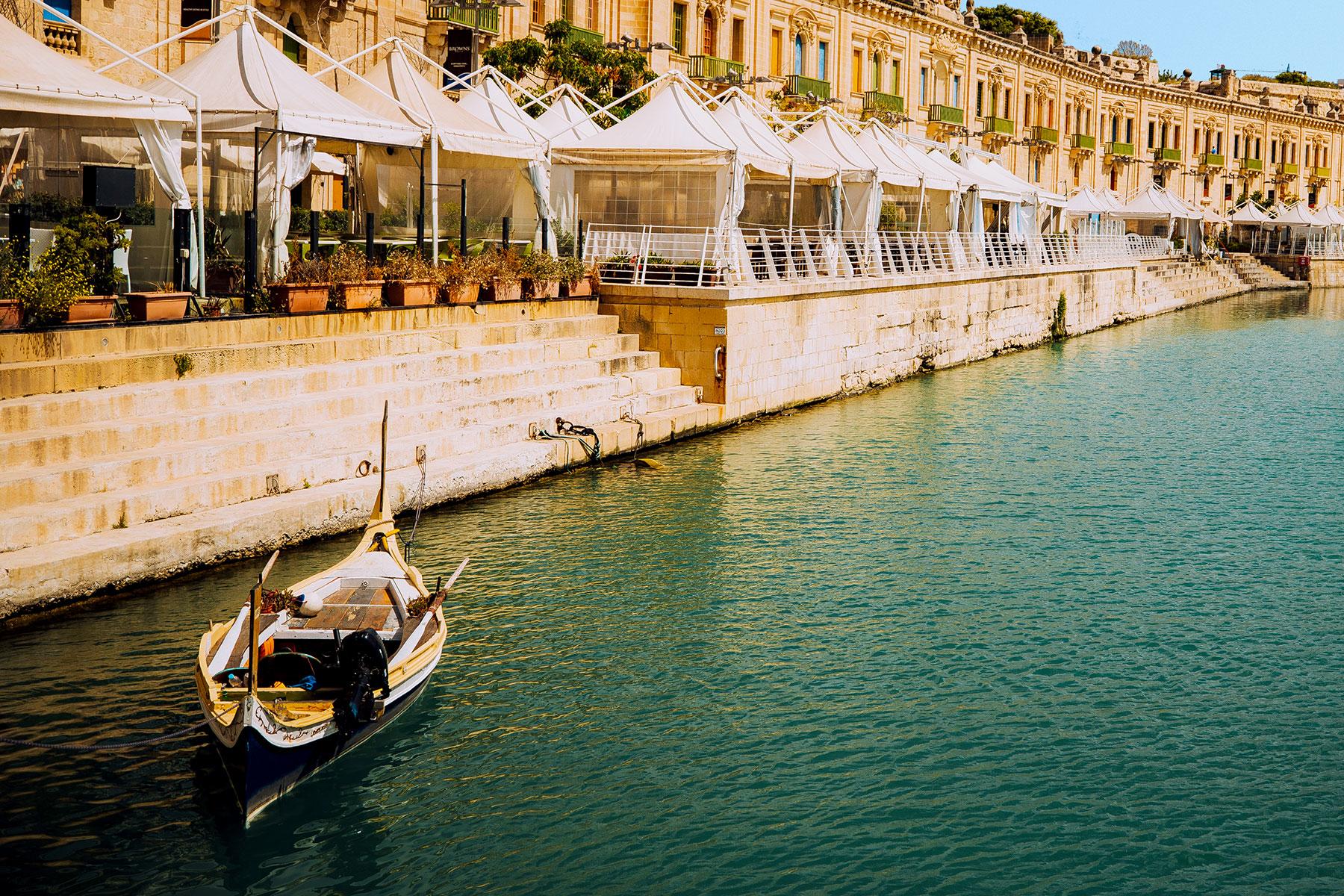 In celebration of the launch of the Valletta 2018 cultural program, the Valletta 2018 Opening Ceremony takes place on the 20th of January 2018. The full opening celebrations, however, will take up an entire week from the 14th to the 21st, bringing live music, dancers, street artists, and performers to the city’s four main squares—St George’s Square, St John’s Square, Castille Square, and the area around the Triton Fountain—as well as some lesser-trafficked historic spaces all around Valletta.