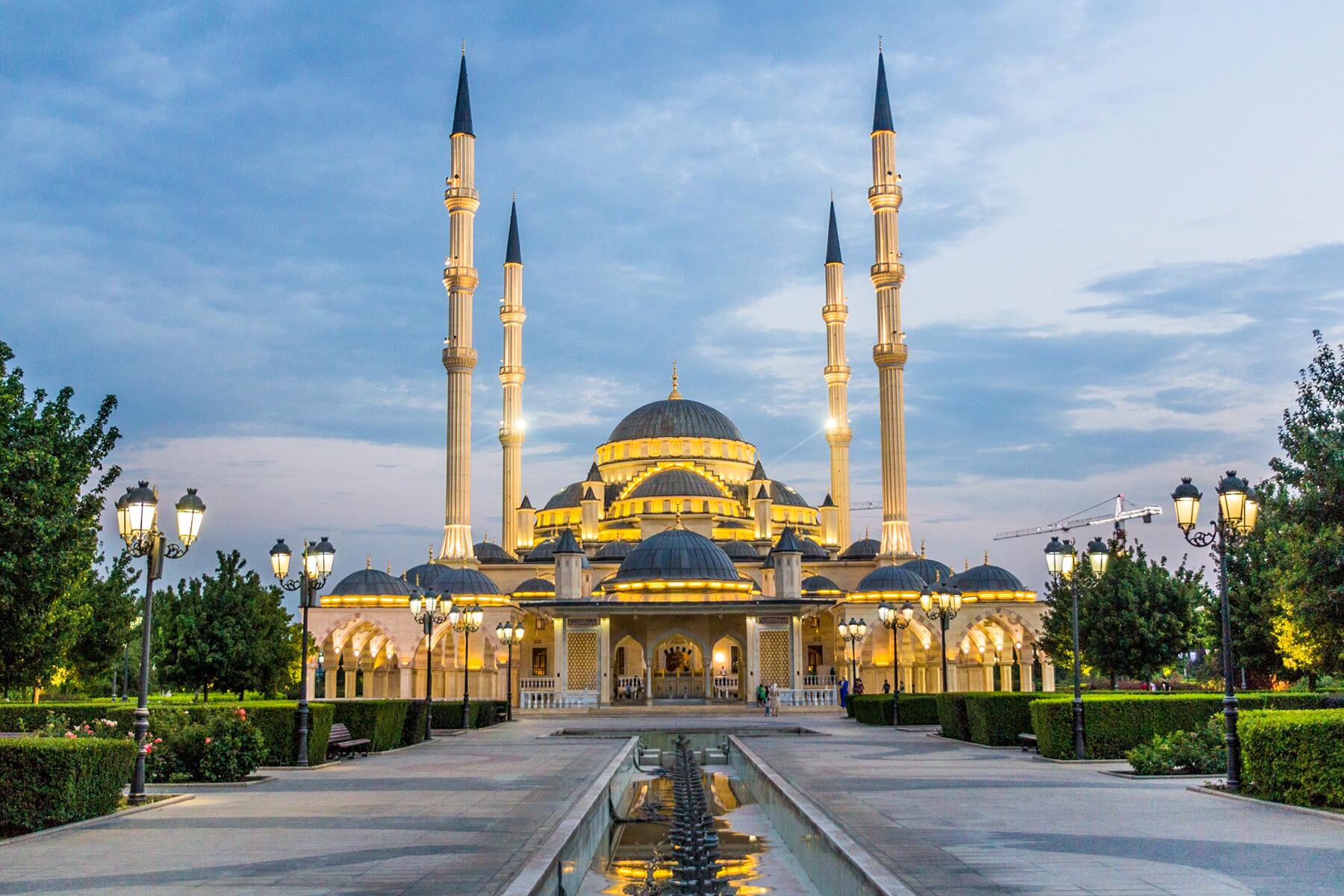 History Tharik Hussain These Places in Europe Have an Unexpected Connection 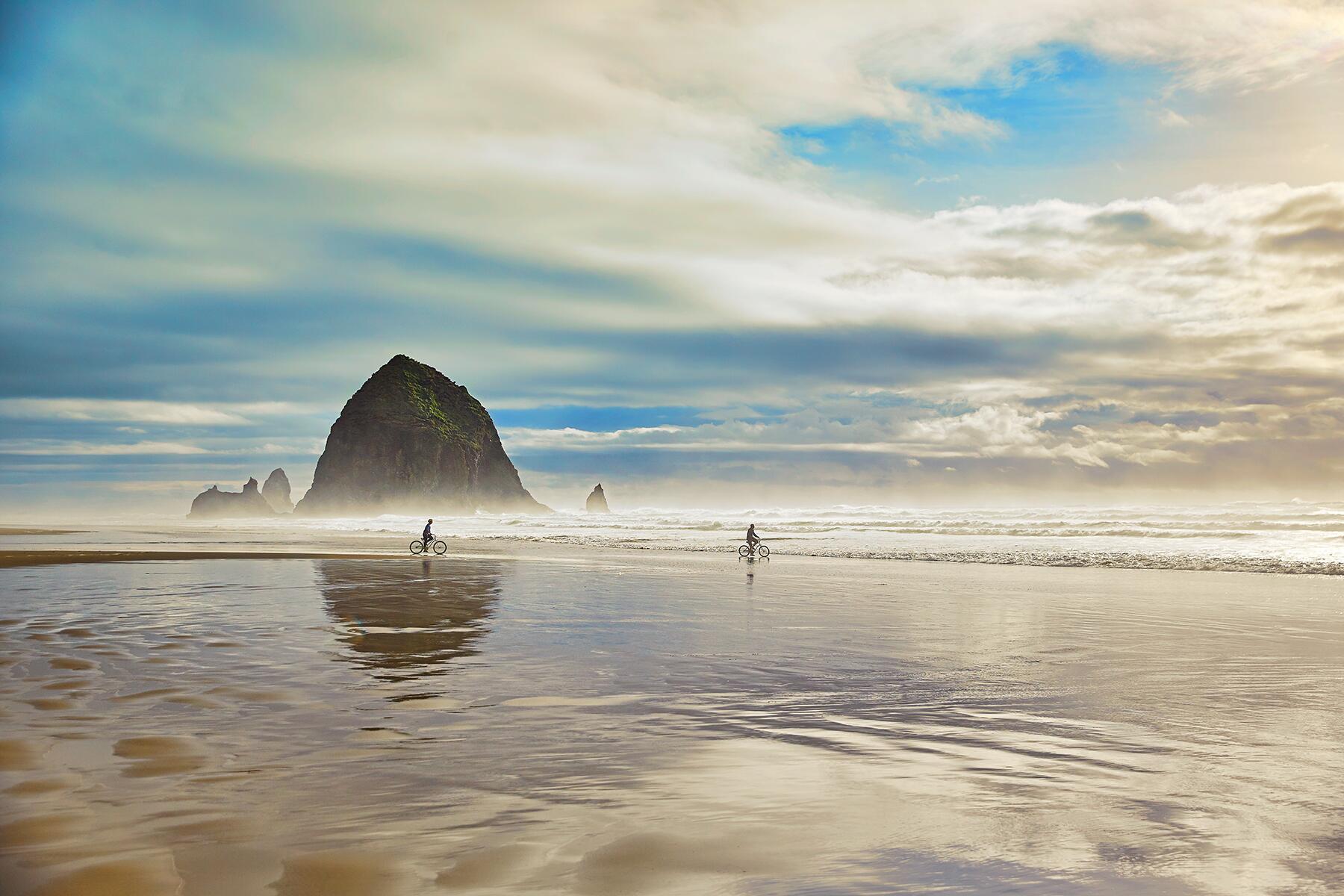 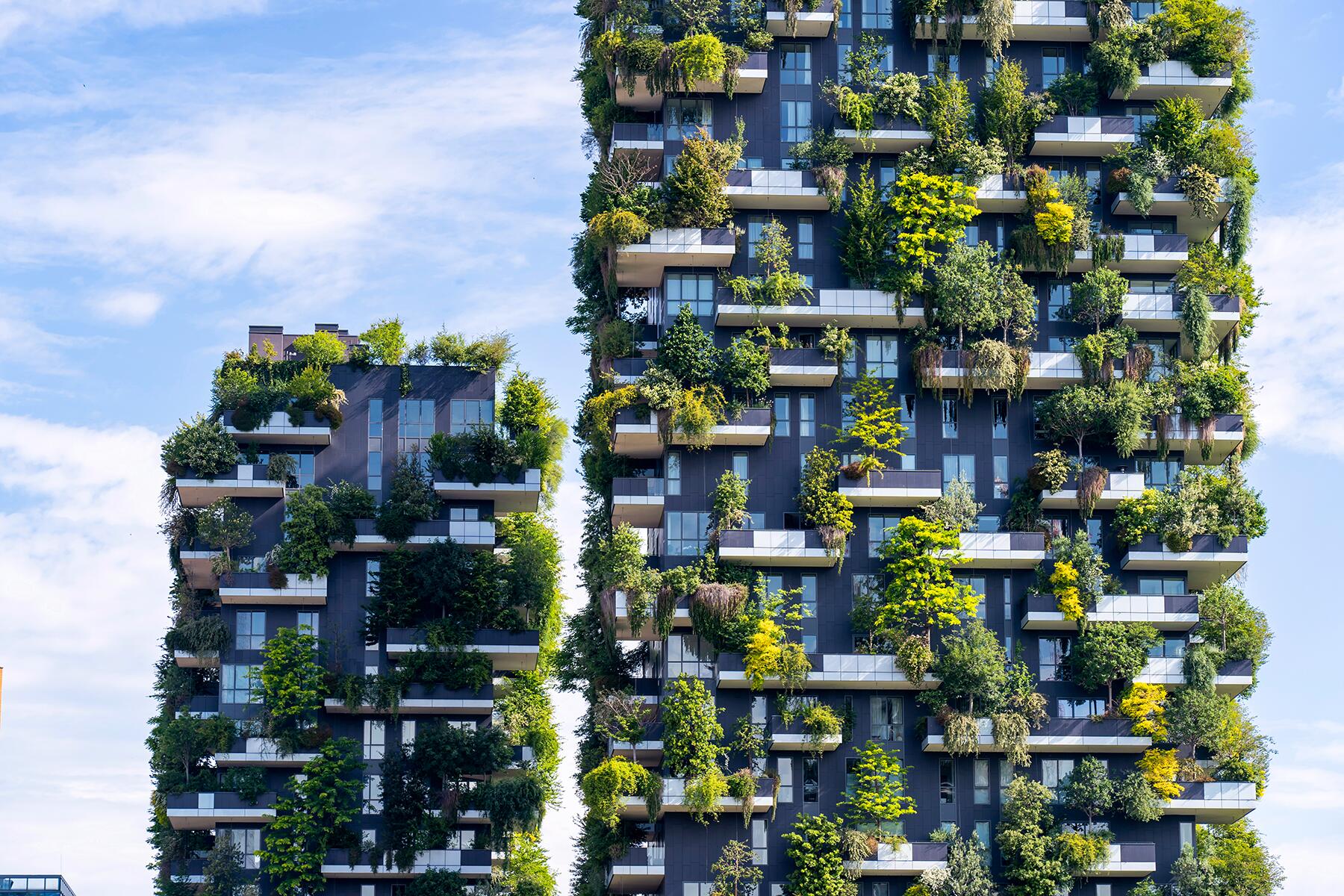 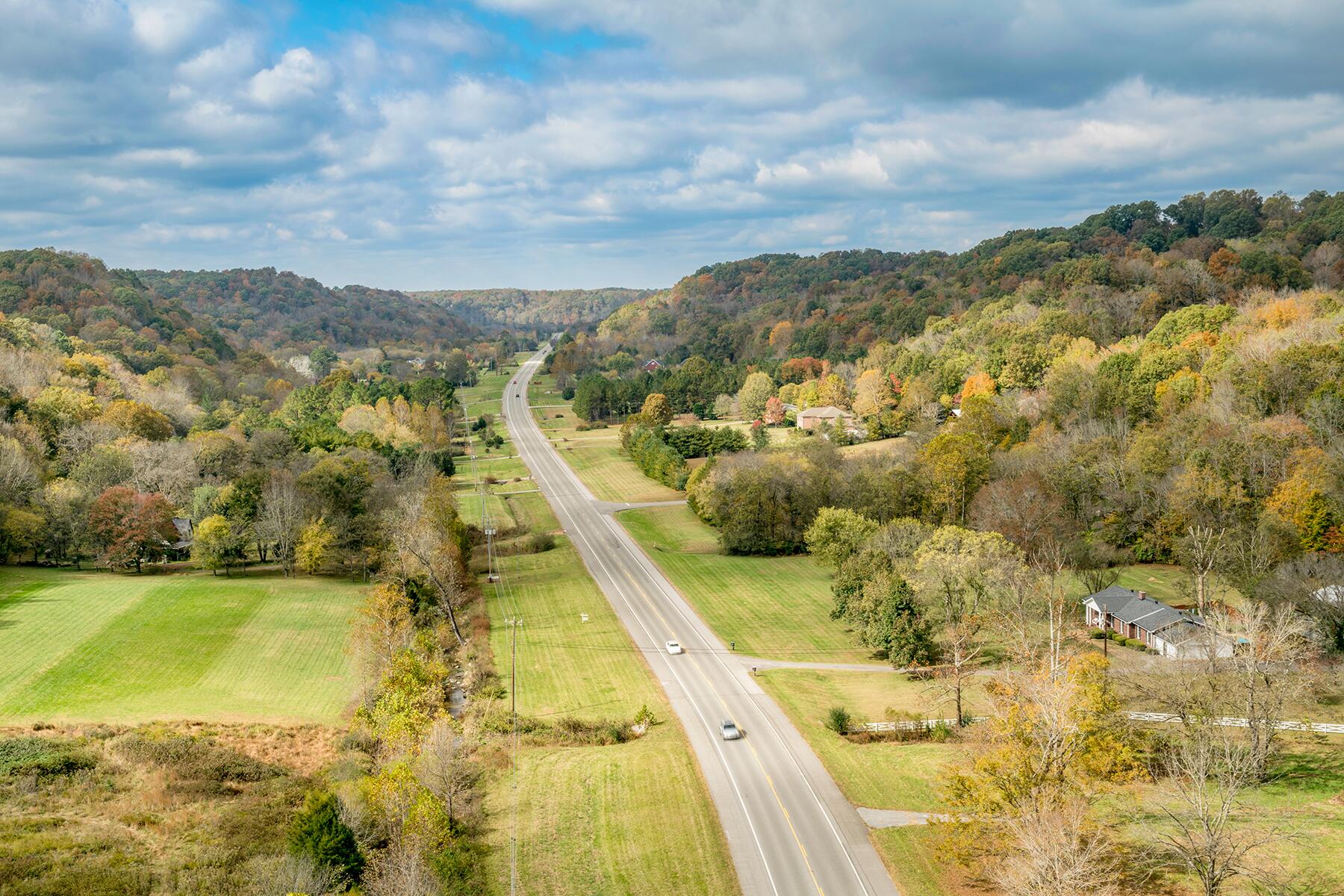 The bustling city sits in the middle of mainland Europe’s volcanic hot spot.

Surrounding the Golfo di Napoli are ominous sights, smells, and sounds that show the impact of past volcanic events. Here you can see smoky, bubbly, and spitting activity amid a changing landscape pockmarked by numerous craters and thermal vents.

History Tharik Hussain These Places in Europe Have an Unexpected Connection 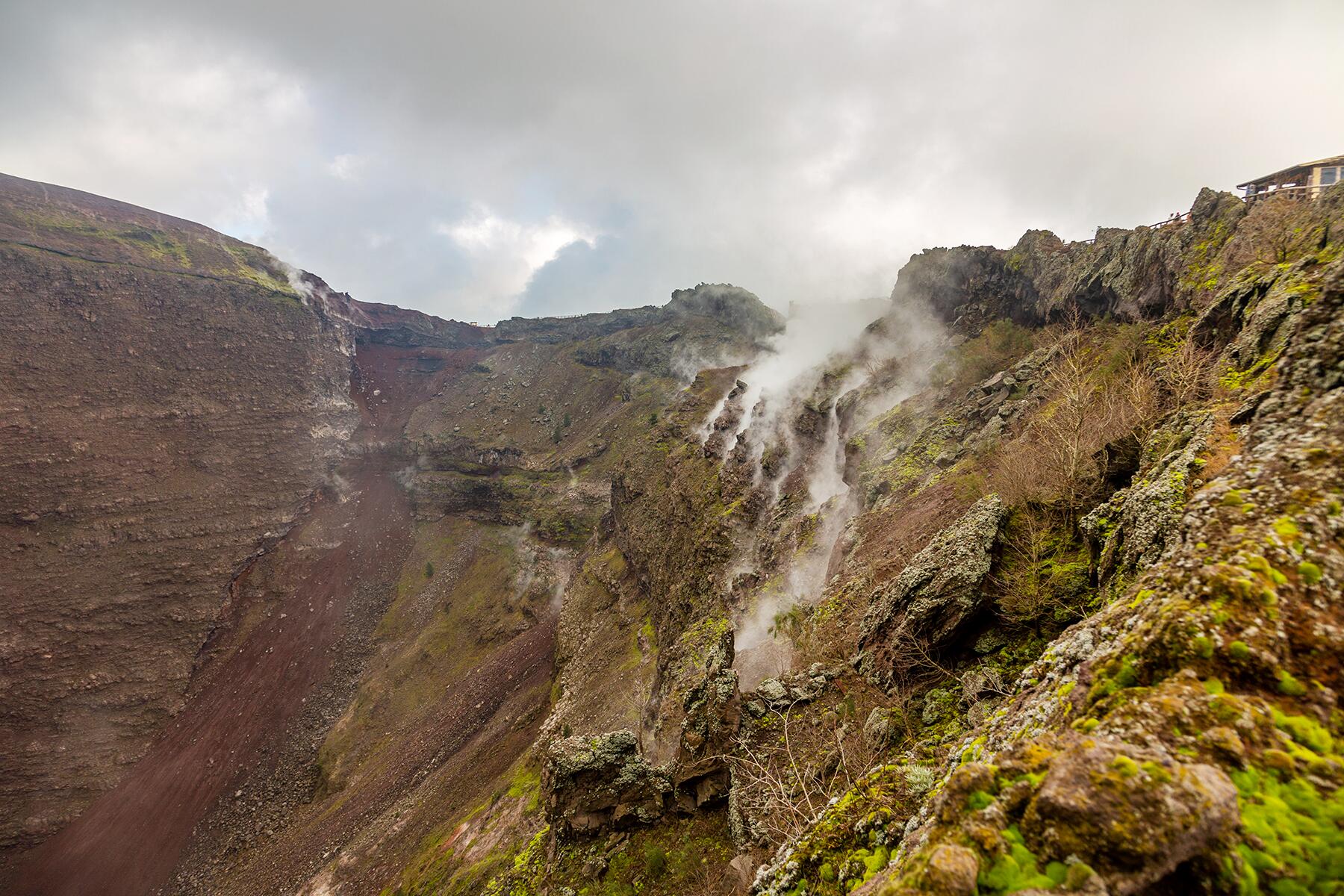 Peer Into the Crater of Mt. Vesuvius

It’s a tough climb along a rough cinder trail up to Vesuvius’ Gran Cono, which rises almost 4,000 feet. Peering over the edge into the 650-foot-deep crater you glimpse steamy fumaroles and may even feel the odd, unnerving tremor. From this vantage point, you have great views of the bay and the surrounding area. On the descent, you can cool down while slurping gelato from a more benign cono. 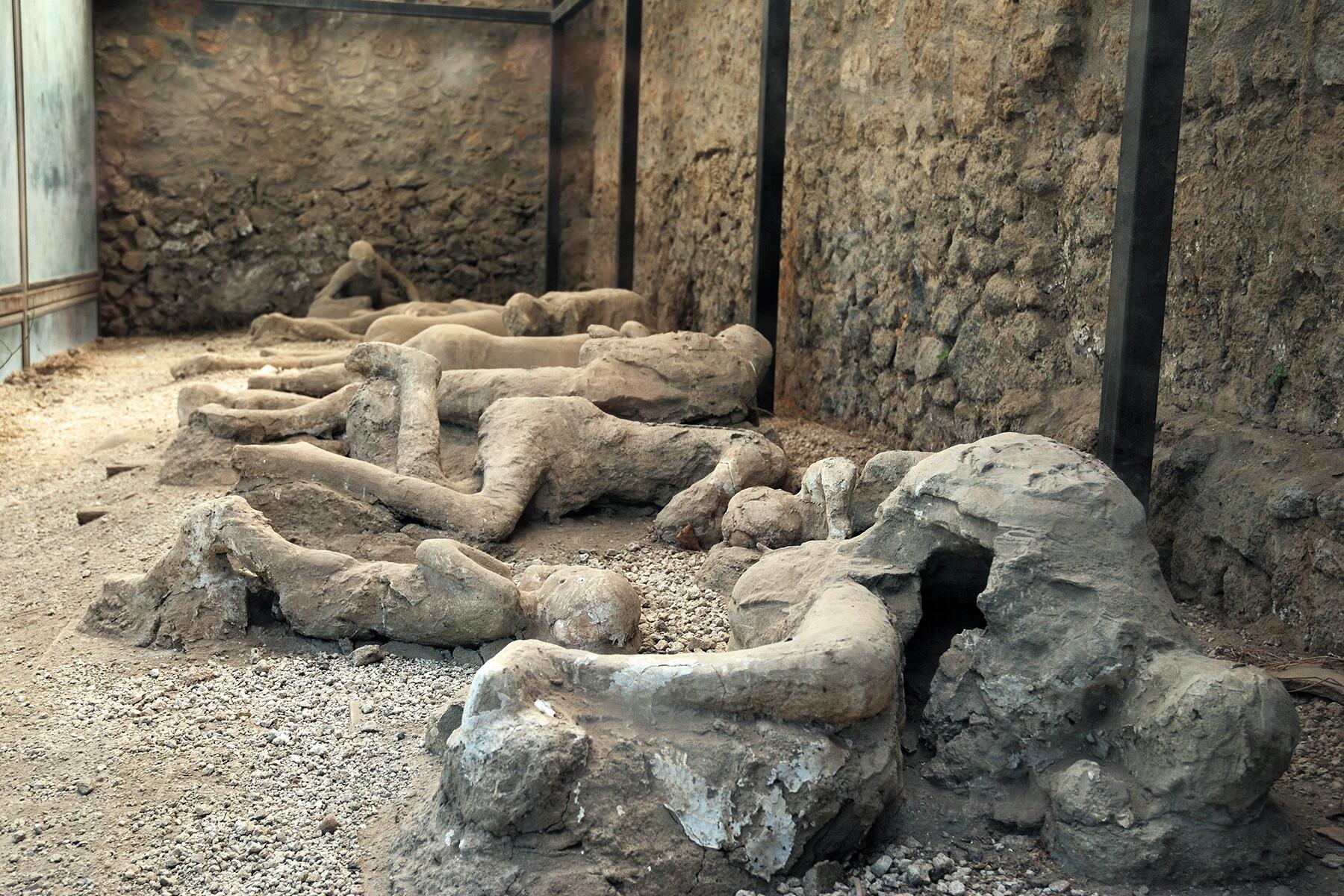 To get an idea of the merciless nature of Vesuvius, witness the ghosts of some of its victims. These heart-rending figures were created by archaeologist Giuseppe Fiorelli, who discovered that pouring plaster into many of the voids left in the compacted volcanic debris revealed the shapes of humans and animals in their final moments. It’s a sobering sight, and one of the highlights of a visit to Pompeii. 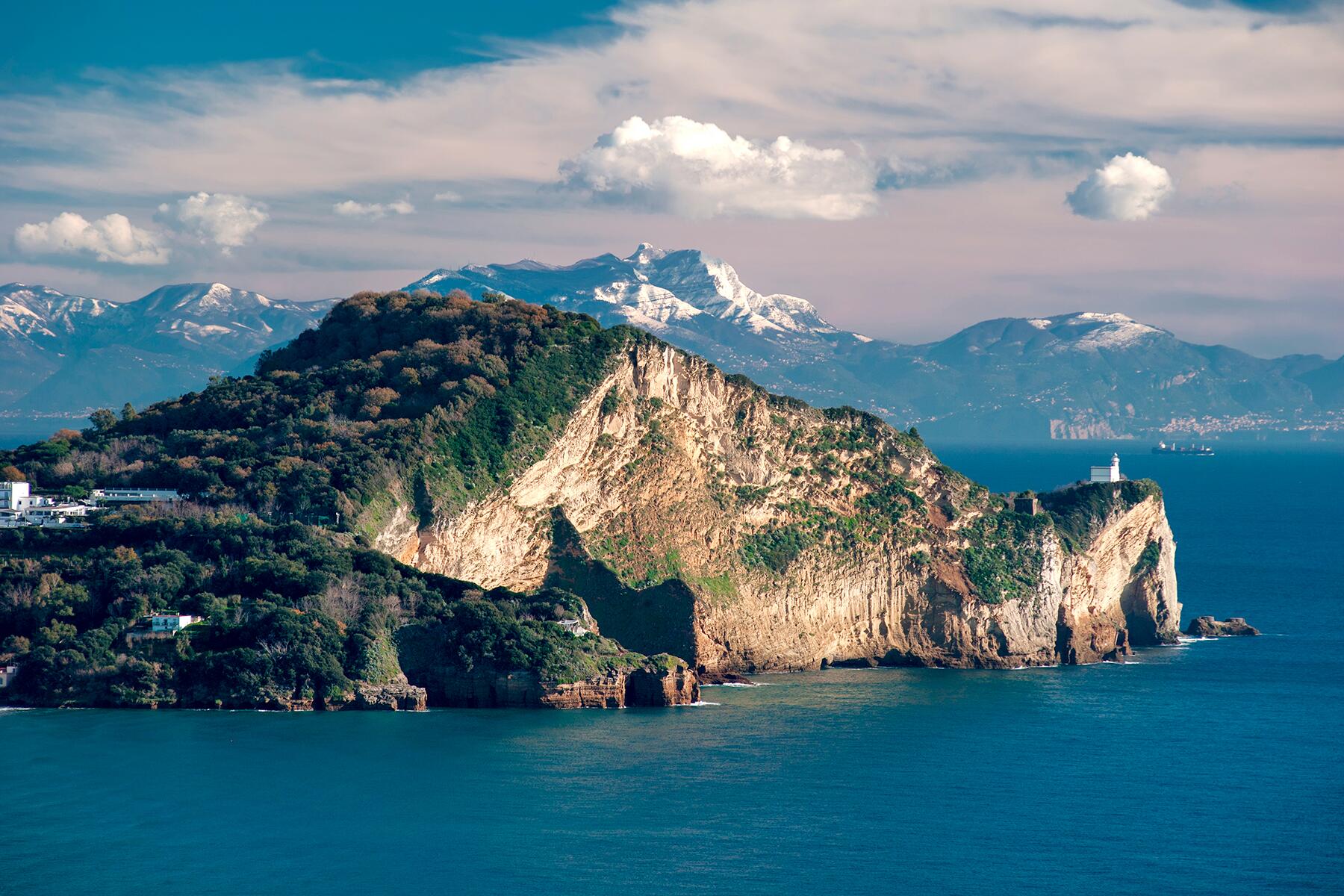 Contemplate the Power of Fiery Fields

Mt. Vesuvius may get top billing as the most famous and most studied volcano, but there is a potentially more deadly threat just to the west of Naples. The Campi Flegrei, or Fiery Fields, is a complex caldera volcano that some scientists now deem to be Europe’s largest supervolcano. Although the last so-called supercolossal event rocked Europe some 40,000 years ago, this steamy corner of Campania has mounting magma reserves not far below the surface that cause numerous events, including the overnight creation of a mountain, Monte Nuovo, in 1538. 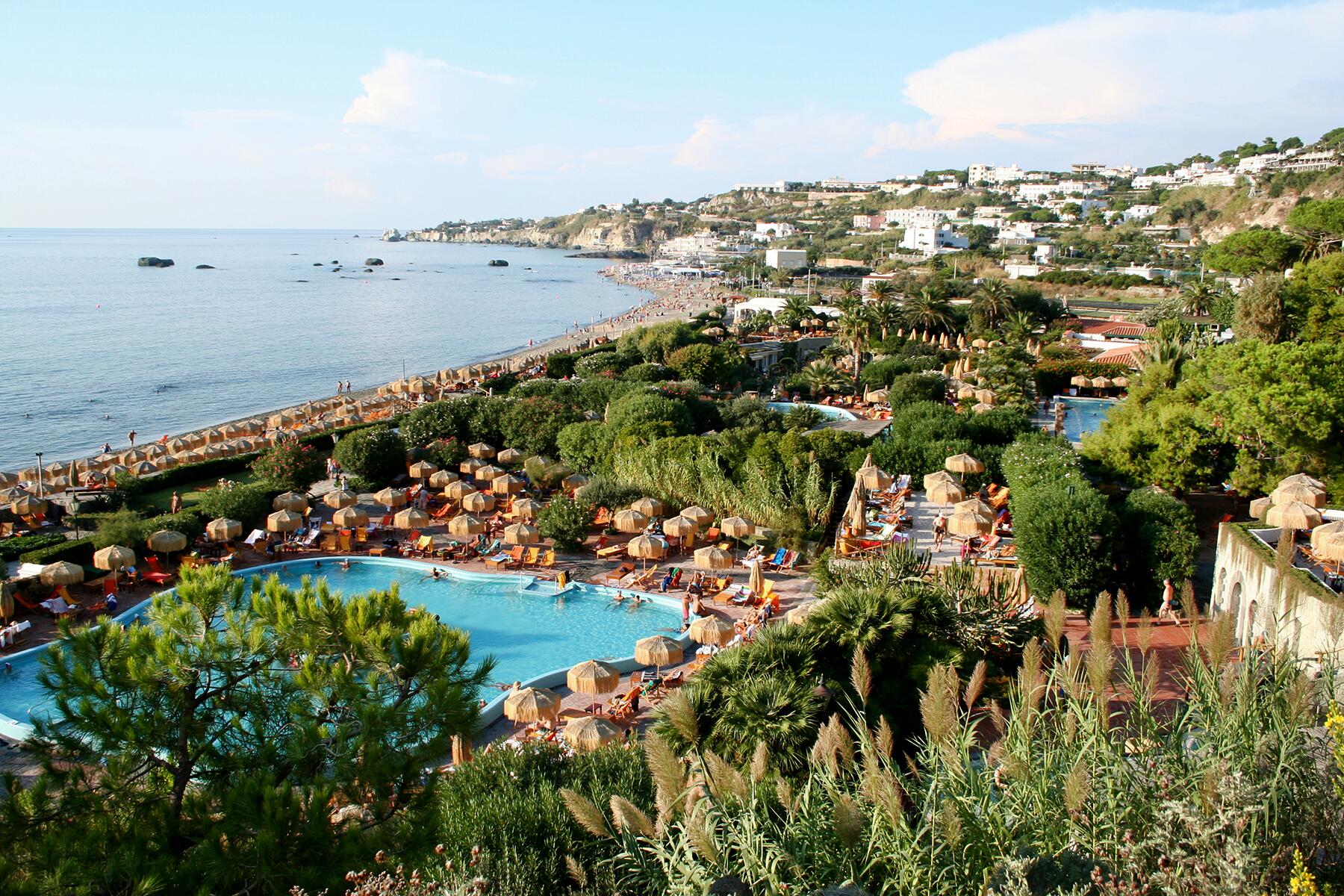 Indulge Yourself at the Spas of Ischia

The island of Ischia sits within the Campi Flegrei caldera, whose gargantuan magma chambers fuel the hydrothermal springs that soothe and heal thousands of spa-goers each day. Among the fancy spa resorts is Giardini Poseidon Terme, overlooking the Baia di Citara, where you can don a toga and wallow in pools like a Roman senator plotting Caesar’s downfall. From Sant’Angelo, take a small boat to the narrow beach at Maronti for a closer look at the steam fizzing out of the dark volcanic sand. 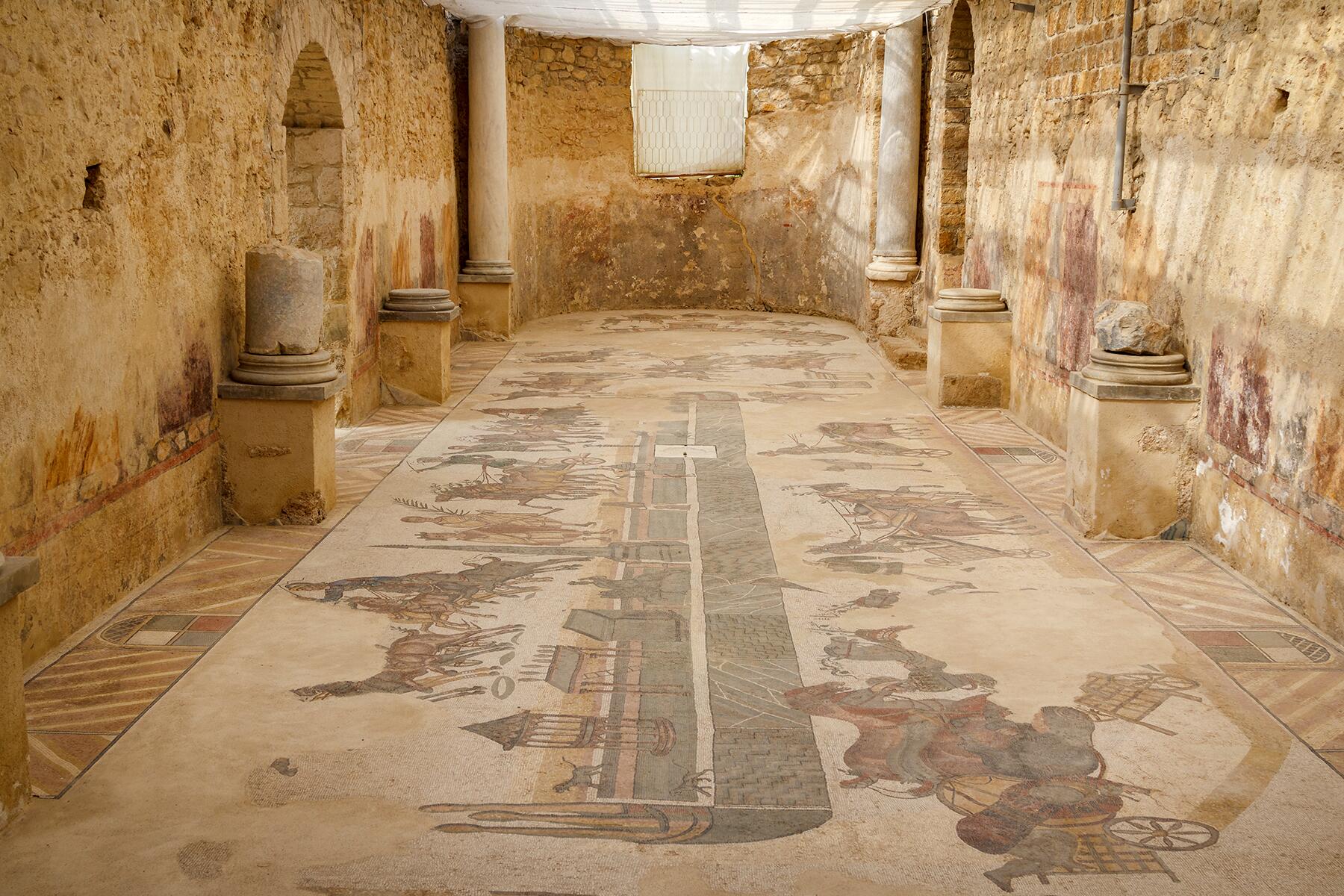 Although the Amalfi Coast is a limestone spur of the Apennines, without a fumarole or lava flow in sight, the communities some 13 miles from Mt. Vesuvius have been shaped by volcanology. By descending into the Villa Romana ruins by the beach at Positano, you are traveling through the volcanic debris spewed by the eruption of AD 79. Since 2004, archaeologists have been excavating this area and can point out where the roof and walls of the old villa collapsed under the weight. 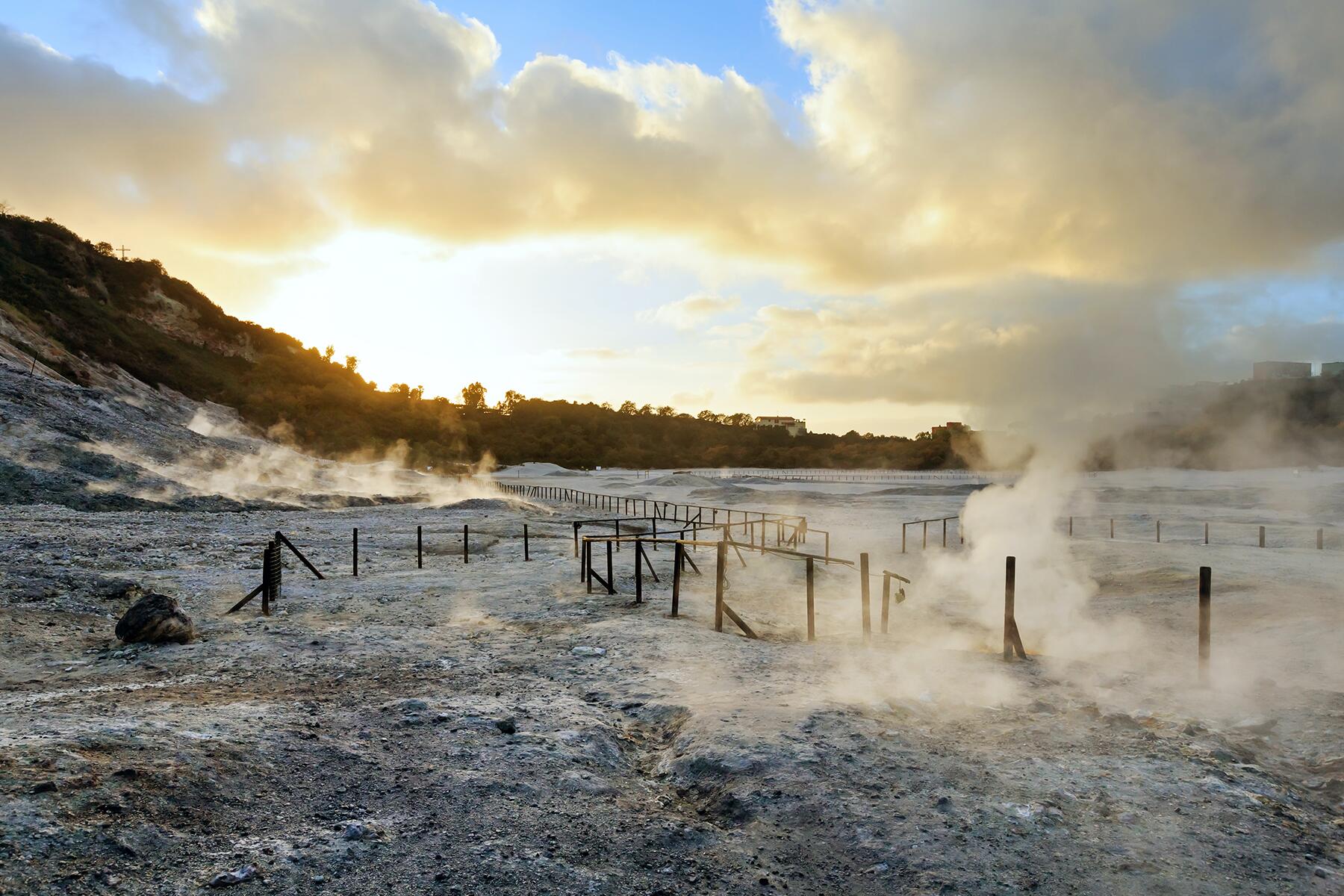 Get a Sulfurous Whiff of Solfatara

In this land rocked by constant tectonic activity, there is one steamy, fumarole-fizzing, and mud-bubbling 4,000-year-old crater that has become an emblem of this part of the world. Solfatara has appeared in numerous movies and music videos, including Pink Floyd’s Live at Pompeii. Due to a tragic accident in 2017 when a family fell into a chasm that opened up in the thin, unstable crust, the site has been temporarily closed to the public. In the meantime, you can still get a feel for it from the surrounding roads. 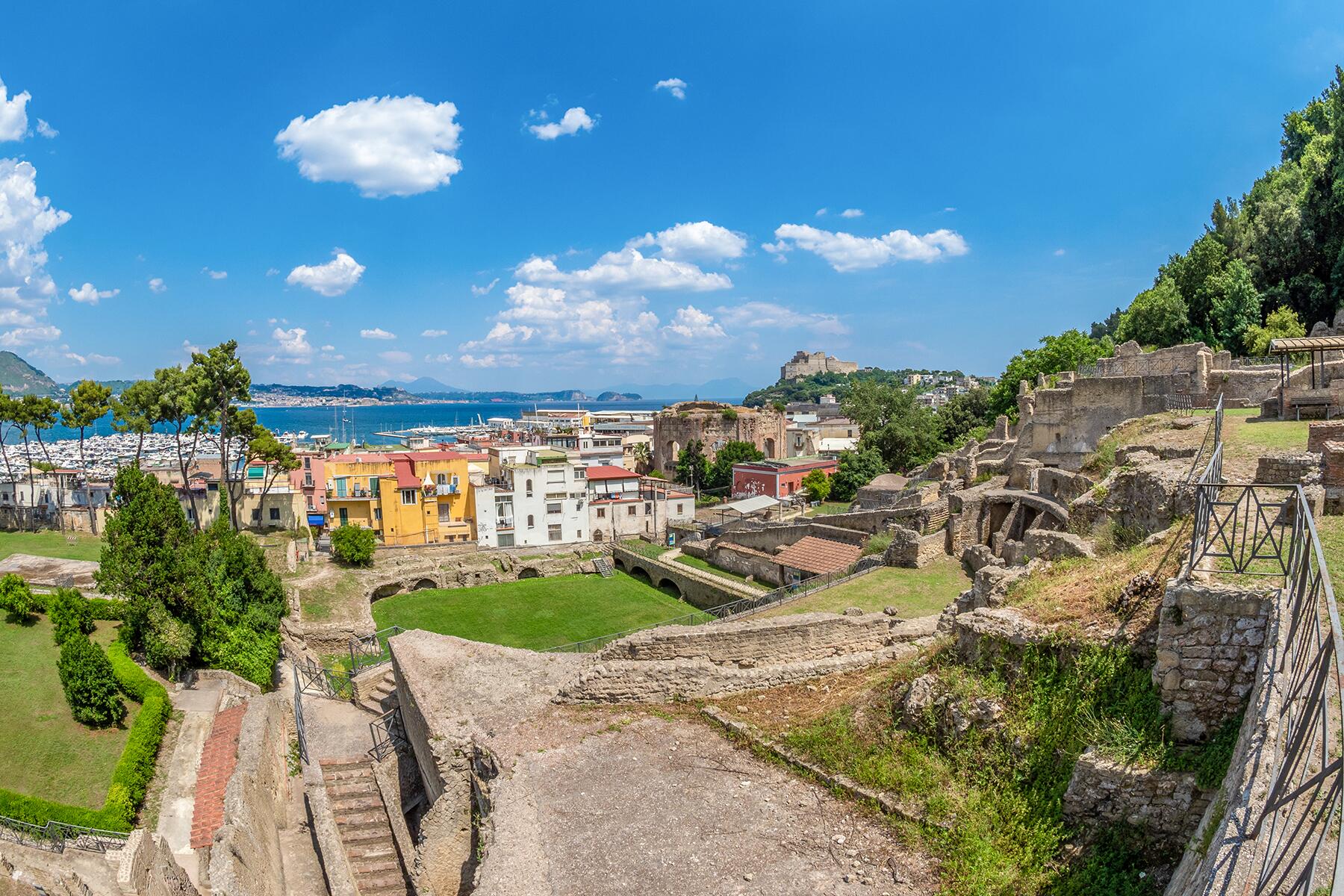 Balance on the Shaky Ground of Baia

Near the shoreline of Baia, marine creatures bore holes 20 feet up the Roman columns—evidence that significant seismic activity has rocked this region. The two towns here attest to the shifting seaside water levels and signs of bradyseism—the rise and fall of the land caused by the constant emptying and filling of the magma chambers below. 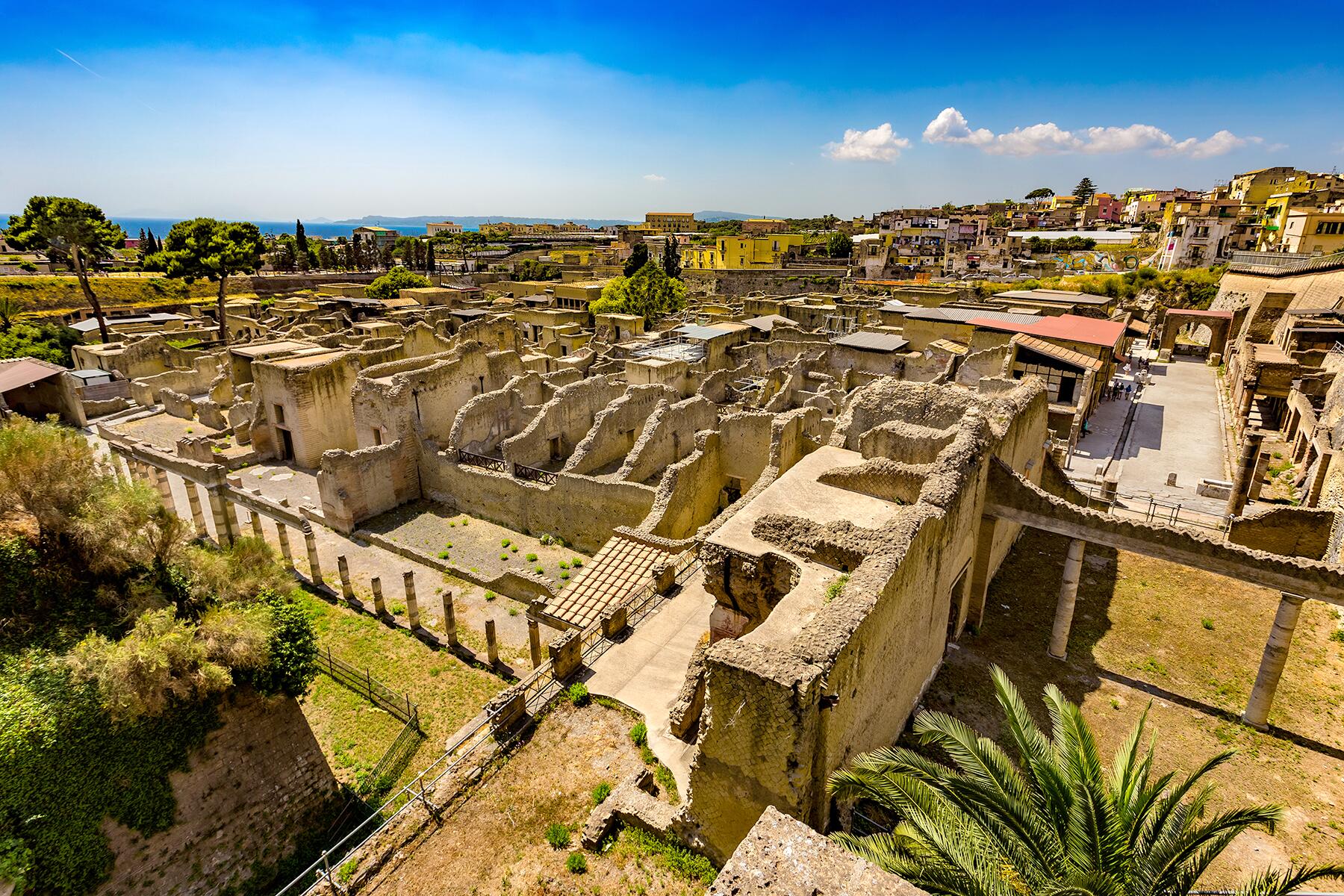 Walking down the sloping path into the Herculaneum archaeological site you are struck by the enormity of the AD 79 eruption, the same one that buried Pompeii. More than 60 feet of volcanic debris engulfed the Roman town. Scientists believe that Herculaneum was encased by lava that roared down the slopes at 250 mph. To get an idea of the shuddering seismic vibrations, check out the incredible rippled mosaic flooring in the Casa del Atrio. 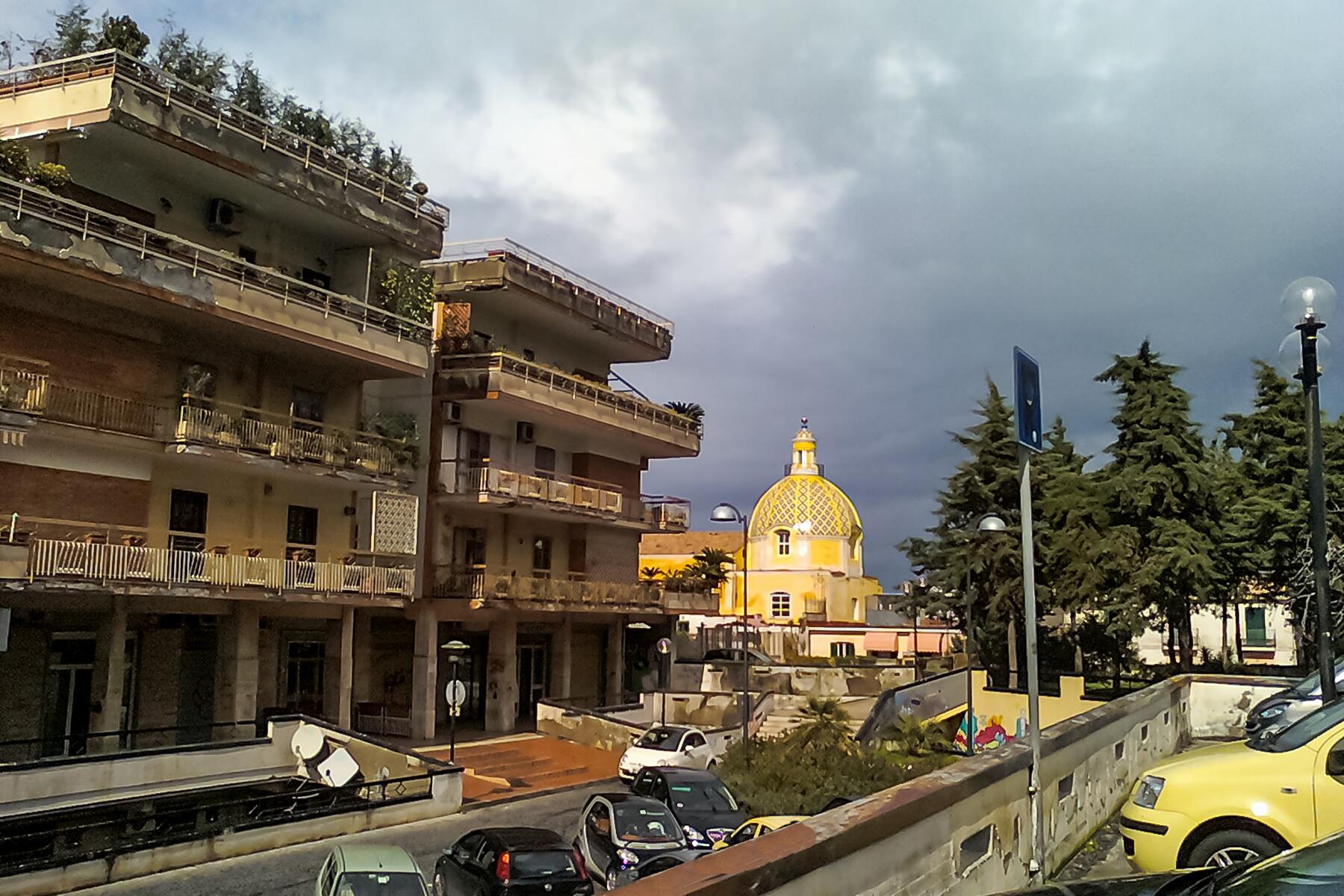 To get some perspective on the size of the last flow from Vesuvius in 1944, visit San Sebastiano. It was here that English writer Norman Lewis witnessed the scenes collected in his celebrated book Naples ‘44. Lava took off the church cupola and crushed buildings. Today, the curious can wander the streets and pop into the repeatedly rebuilt church of Madre di San Sebastiano Martire. 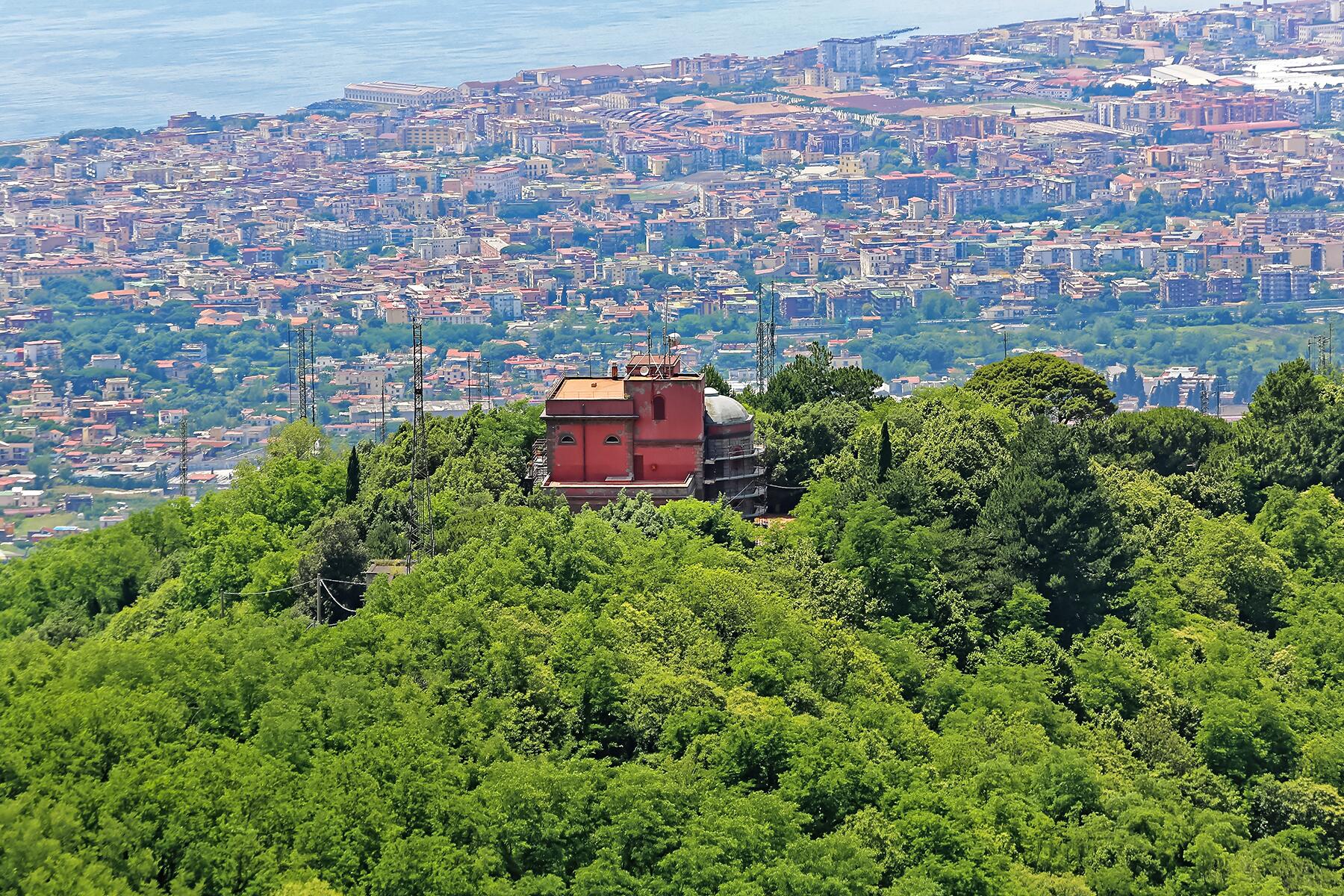 Vesuvius remains the most closely-monitored volcano on the planet. Within the Museuo Dell’Osservatorio Vesuviano, a villa from the 1840s, you can learn about the volcano’s numerous eruptive episodes over the centuries. Make sure to examine the real-time seismic and geochemical readings that strongly suggest that old Vesuvius is about to let rip again.