Paris has the Ritz, New York has the St. Regis, and Dublin has the Shelbourne—resplendent in its broad, ornamented, pink-and-white mid-Victorian facade right off Grafton Street. Long famed as the Dublin home of the nation's literati, the grande dame of Stephen's Green has been immortalized by authors running from Thackeray to Elizabeth Bowen, and the Constitution of the Irish Free State was drawn up here. An enduring, venerable tradition is to take tea in the Lord Mayor's Lounge, just off the towering, marble-floor, cream-and-crystal lobby with its gilded pillars and brass candelabra. In the lobby, the Irish Chippendale chairs have given way to contemporary art from Irish greats like Louis le Brocquy, Barrie Cooke, and Cian McLoughlin. The guest rooms are almost as luxurious as the lobby, with the marble bathrooms a tactile pleasure. Rooms in front overlook the Green; those in the back, without a view, are quieter. 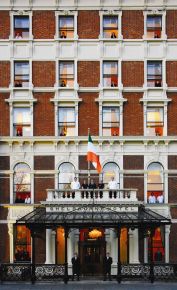 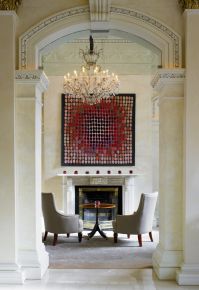 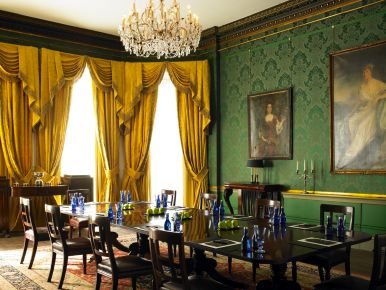 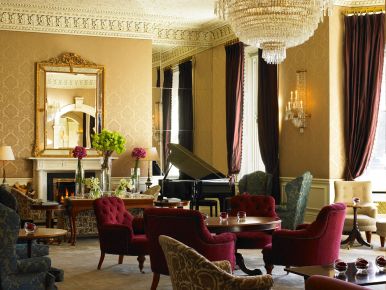 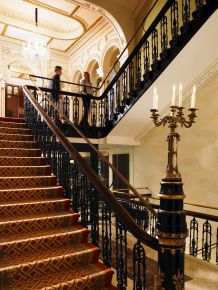