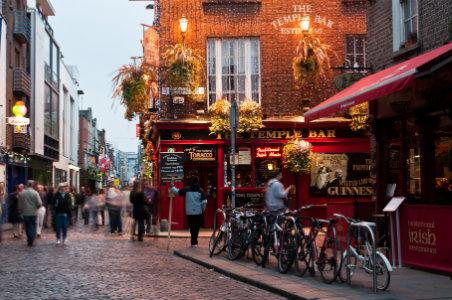 There's so much more to Dublin than rowdy pubs and thousand-year-old cathedrals. Ireland's capital city boasts a burgeoning food scene, home-grown fashion and crafts shops, swanky hotels, and an outdoor adventure scene for travelers who like to get their blood pumping. 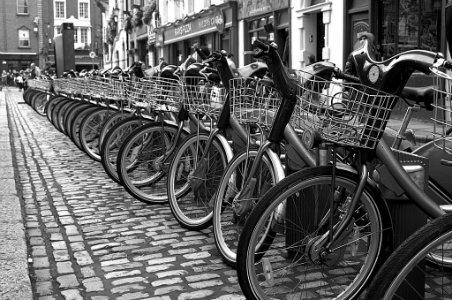 As with many European cities, a major river runs through Dublin, and the River Liffey provides the unique opportunity to tour the city by water. Skip the scenic cruises, toss on a life jacket, and hit the river by kayak for a tour of Dublin's landmarks and a peek under its most famous bridges with City Kayaking. If you'd rather stay on land, the Dublin Bikes bike-share system is a great way to get your heart rate up and keep your budget low, at three euros for a three-day ticket.

The Dublin Mountains are less than an hour outside of the city center via the Luas tram, and serve as an adventure playground for Dubliners. The mountains offer a great mix of long- and short-distance trails perfect for hiking, mountain biking, and running. Aquatic thrill-seekers will love Wakedock, Ireland's first cable wakeboarding park. Located in the Grand Canal Dock, adrenaline junkies are pulled via cable along the water while trying to maintain their balance on a wakeboard. 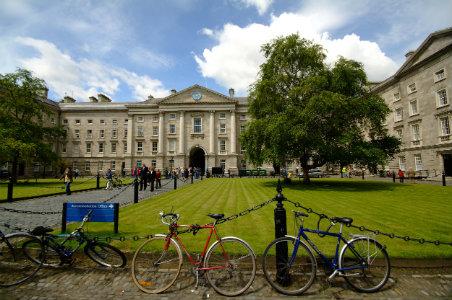 Dublin traces its origins back more than 1,000 years as the cultural and business hub of Ireland, and many of its oldest churches, government buildings, and pubs are still in operation today. Start at Trinity College, Ireland's oldest university (founded in 1592), and explore the Library's Reading Room where the Book of Kells is housed. Written around 800 AD, the Book of Kells is a beautifully illuminated Latin manuscript of the Four Gospels written by Irish monks. From Trinity, take a short walk to Dublin Castle, located in the city's historic section. In continuous operation since 1204, the castle has hosted every presidential inauguration and other prestigious government events. Next door is the Chester Beatty Library, which houses ancient Western, Islamic, and East Asian texts.

A history-themed trip to Dublin wouldn't be complete without a stop at the cathedral of the country's patron saint. Built between 1220 and 1260, Saint Patrick's Cathedral is one of the last buildings from the Medieval period and is the largest cathedral in Ireland. After strolling all of these historic sites, fuel up on a pint and a bowl of beef and Guinness stew at The Brazen Head, reputedly Ireland's oldest pub (dating back to 1198). 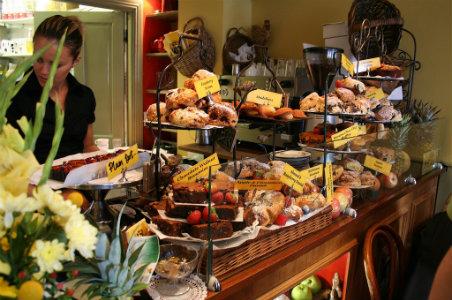 Irish cuisine may not seem like the most exotic in all of Europe, but the Dublin food scene is quickly outgrowing its pub-fare reputation. Start the day taking in a view of the city from above with a full Irish breakfast at Avoca Café, located on the top floor of the department store of the same name. For lunch, head to Super Miss Sue for a twist on classic fish and chips, made here with curried batter. End your day with slow-cooked, 100-percent Irish meat at Bison BBQ, where your seat is a horse saddle. Try the chocolate, pear, and almond tart served with warm cream at Queen of Tarts café for dessert. 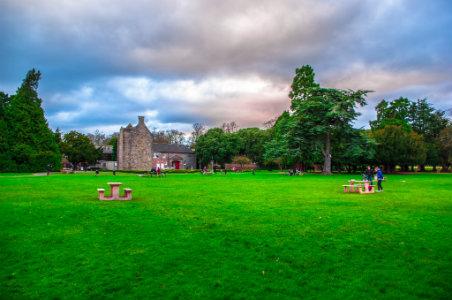 This year marks the 1000th anniversary of the Battle of Clontarf, one of the most famous Viking battles in history, and Dublin is planning a huge family-friendly festival to celebrate. On April 19 and 20, little Vikings can dress in full regalia at the largest Viking village and battle re-enactment ever produced in Ireland. If you miss the festival, you can still don a Viking helmet on the Viking Splash city tour in a land-and-water-friendly World War II military vehicle.

After your fill of Viking activities, visit the Little Museum of Dublin for a crash course in local history, which guarantees an in-and-out tour time of 29 minutes, perfect for a little one’s attention span. Let the kids stretch their legs at the nearly 1,7500-acre Phoenix Park, where a special section is reserved for children to explore the forest. Phoenix Park is also home to the Dublin Zoo and more than 400 rare animals and birds. Finally, get your hands dirty during the two-hour workshop at The Chocolate Warehouse. The hands-on session includes coating chocolates, adding toppings and fillings, and hand-piping white chocolate. Best of all, the decorated chocolate is yours to take home! 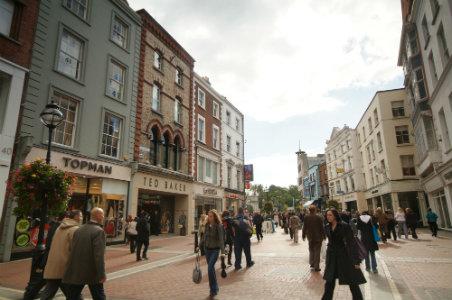 Let's start with the obvious: Grafton Street is still the best shopping street in Dublin, with everything from high-end Irish retailer Brown Thomas to UK favorites River Island and Boots UK. Nearby is Nassau Street, best known for its stores specializing in Irish-made products. Check out Kilkenny Design Center for clothing, handbags, and crafts from Irish designers.

If you prefer to shop under the open sky, stock up on gently used books and collector's edition magazines at the Temple Bar Book Market. In the same neighborhood, pop over to Claddagh Records for your pick of Irish folk tunes. The Designer Mart at Cow's Lane is also a great place to score some Irish-made products to bring home, such as wooden Celtic crosses, silver jewelry, thick wool scarves, and much more. 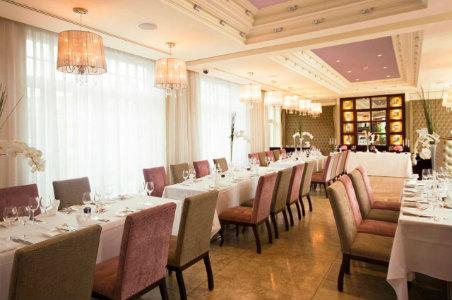 Located just outside the city center in Georgian Dublin, the Dylan Hotel is the perfect retreat from the hustle and bustle of downtown while remaining within walking distance of the city's main attractions. High in style and luxury, the five-star boutique property boasts plush guestrooms, a sexy and intimate cocktail bar known for celebrity-spotting, and a whimsically designed restaurant. The Dylan also features hotel programming for children, babies, and dogs, and the whole family can enjoy iPods pre-loaded with a selection of Dublin walking tours.

Madrid-based freelance writer Shayla Martin covers cuisine, culture, hotels, spas, and destinations. She is the founder of YourLandMyLand, a travel and lifestyle blog that inspires beyond the tourist zone, solo travel experiences. Follow her on Twitter and Instagram @Yourlandmyland.