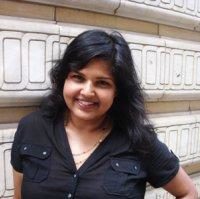 The recent release of director Wes Anderson's star-studded film, The Grand Budapest Hotel, generated a lot of attention for the Hungarian capital and a renewed appreciation for the bygone era of European Grande Dame hotels. But, as is often the case with the silver screen, the movie wasn't made or set in Budapest (it was shot in eastern Germany, and set in the fictional Republic of Zubrowka), or even filmed in a hotel.

Travelers inspired by the movie, though, will still find plenty in Budapest to satisfy a film lover's interest—from the site of one of the first Lumière brothers' screenings and an interactive film studio, to the location sites for everything from Evita to the latest Die Hard.

The City in Film

With a Gothic facade here, a Soviet-era block there, and plenty of Art Nouveau mansions, Baroque palaces, and even Roman ruins in-between, Budapest's eclectic architectural landscape is the result of its tangled past. While today you'll also find stunning contemporary structures lining the Danube (included ones by top international architects such as Zaha Hadid), it's the city's diverse historic structures—including a few still bearing war scars—that attract filmmakers looking to replicate Prague, Moscow, Paris, the former East Berlin, and even Buenos Aires, for much less than what it would cost to shoot in those cities. The Hungarian government's incentives and tax breaks for film shoots, and the wealth of local crew talent, recently led The New York Times to dub Budapest “Hollywood on the Danube.”

Because Budapest typically appears on screen disguised as somewhere else, viewers might not immediately recognize some of the featured locations. Founded by two film fans (one of whom has worked as an extra and stuntman), Moviewalking offers walking tours of central Budapest that highlight some of its more notable shooting sites. During the stroll (which also includes free on-the-go WiFi via a mobile hotspot), you'll visit dramatic Heroes' Square, the ornate Opera House, and the passages and boulevards of the 5th District and historic Jewish Quarter. Along the way, tour guides will use film clips and stills to show how the locations were used in such films as Munich, Evita, A Good Day to Die Hard, World War Z, The Debt, Mission Impossible: Ghost Protocol, and others. The tour ends in a locals' favorite cafe, where you'll hear more behind-the-scenes facts and stories about some of the visiting movie stars over coffee and sweets (included in the 20 Euro per person ticket price.)

A Day on Set

Another big draw for moviemakers is the studio complexes located just outside of Budapest. Among the most notable is Korda Studios, set in the heart of the Etyek-Buda wine region, about half an hour outside the city. Opened in 2007, the studio was named for Sir Alexander Korda, who, along with his brothers, Zoltan and Vincent, was a key player in the early 20th-century film industry in his native Hungary, as well as in England and the U.S. In 2011, the studio introduced the Korda Filmpark experience for the general public. Along with a well-presented exhibit on the Korda Brothers, the standard tour (approximately $12) includes a 40-minute guided walk through two backlot sets—a post-apocalyptic Brooklyn used for Hellboy 2 and a collection of “Renaissance Italy” streets used for Showtime's The Borgias, among others—and a 90-minute interactive exhibit showcasing behind-the-scenes production activities, historic equipment, and innovative technologies. Visitors can try their hand at matching sound effects to film, film themselves with green-screen backgrounds, and learn about perspective tricks used by tech experts. Add-on experiences such as Filmbuilding day, when you can create your own short film, or WildTracks Film Dubbing, during which you'll create voiceovers and dub lines, are also available for an additional cost (typically for groups of 5 or more.) 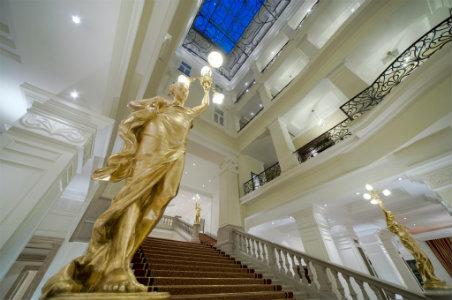 Though no actual Grand Budapest Hotel exists, travelers can check into a place that many believe inspired the on-screen setting (especially given rumors that director Anderson toured the hotel during pre-production.) First opened in 1896 as the Grand Hotel Royal, the elegant Corinthia Hotel Budapest reigned among the Grande Dame hotels of the late-19th and early-20th centuries, with all the luxuries of that time. The Royal was popular with writers and artists of that era, and in 1896, French filmmaking pioneers, the Lumière Brothers, screened some of their groundbreaking works in the hotel's ballroom for the city's elite. The shows were such a success that the ballroom was eventually turned into the Royal Apollo cinema, which was frequented by locals well into the 1930's. After WWII, the theater re-opened as the Red Star cinema, then became the Apollo again before closing in 2000.) Through two World Wars, the Soviet era, and the Hungarian revolution, the hotel remained a central meeting point, and even sustained some battle damage of its own. Following a complete renovation by Corinthia Hotels, the revived jewel is today one of the top choices in town for international travelers, including many Hollywood actors and directors (just ask to flip through the star-packed guest book.) 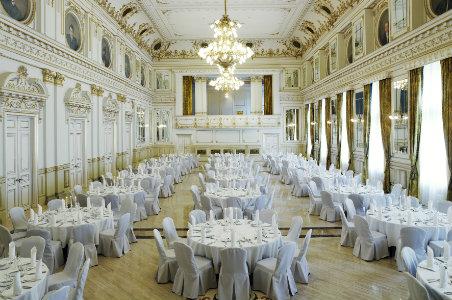 Until December 26, 2014, the Corinthia is offering a Grand Budapest Hotel-themed package for two, which includes three nights in an Executive room (with access to the Executive Club level), daily breakfast, airport transfers, a Danube River cruise, one of the movie-themed walking tours, and a VIP screening of the film (while it is in theaters.) Also included is a behind-the-scenes tour of the hotel with Duty Manager Tibor Meskal, who has worked for the property on and off since 1961. A true reminder of the golden age of hotel service—much like what is celebrated in the film —the elegant Mr. Meskal will take you through the hotel while detailing its history, revealing “secrets,” and regaling you with stories about all the big names he's served, from Marlene Dietrich to the Queen of England. (The three-night package starts at about $1,100 for two guests.)