Chasing Ottoman Legends and Relics in Budapest’s Labyrinths and Tombs 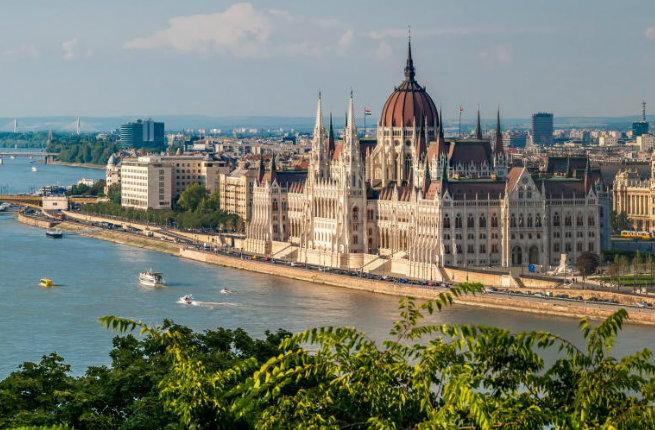 Gül Baba’s tomb, which sits in a rose garden on a hill overlooking the Danube in Budapest, is a throwback to another era when Hungary marked the western border of the Ottoman Empire, an occupation spanning almost 150 years. The garden captures a slice of Istanbul: crowned by a dome topped with a crescent moon and surrounded by ceramic-tiled walls, it houses the sarcophagus pointed in the direction of Mecca. While much from the period of the Ottoman occupation has been destroyed, you can still find some of the relics left behind by the Turks.

The Legacy of the Turkish Baths 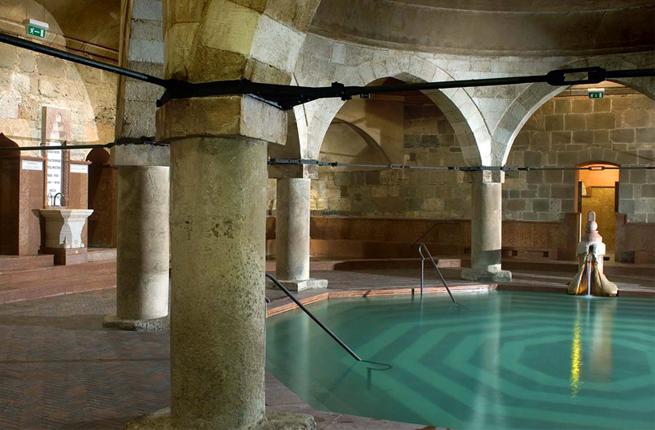 Most of the city’s Ottoman remnants can be found in Buda, up at the castle, and in the surrounding neighborhoods. Suleiman the Magnificent occupied the old city on today’s Castle Hill in 1541. Skimming the surface among the Habsburg monuments, there appear to be few Turkish traces left behind. However, there is one obvious exception—Budapest’s Turkish bath houses.

There are more than 80 geothermal springs running under the city of Budapest. The Turkish baths carry the architectural hallmarks of your traditional hammam, such as the cupola dome with its pinpricks of light, but rather than the steamy marble platforms you’d find in Istanbul, you’ll find an octagonal pool filled with fresh thermal water from nearby springs.

Completed in 1570, the Király Bath is the oldest bath house, followed by the Rudas, constructed by Sokoli Mustapha, the Pasha of Buda in 1566-78. The latter is perhaps the most popular of the three for visitors. The recently renovated Veli Bej Bath is the lesser-known bath, hidden inside a hospital complex. There is a fourth bath, the Rác, which is closed to the public currently.

Whichever bath you visit, the core structure is the same. You’ll find the main octagonal pool under the cupola, flanked by other pools containing water of various temperatures. The baths are still as popular as they were in their heyday, not just for the architecture, but for the healing properties of their thermal water, which are rich in minerals and ions. 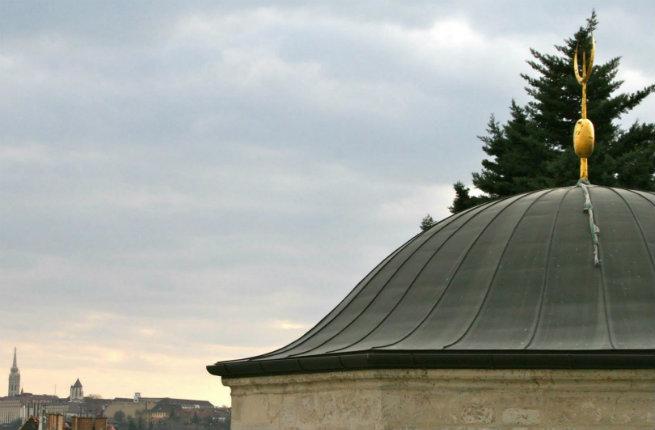 The Habsburgs may have left the baths intact, but neither mosque nor minaret remained in Budapest after the Turks were driven out. In fact, some of the city’s churches had been transformed into mosques during the Ottoman era, like Matthias Church on Castle Hill or the Inner City Parish Church next to Elizabeth Bridge on the Pest Side (where you can still see the old Turkish mihrab inside), but were converted back.

However, up on Rose Hill you can still visit the sacred tomb to Gül Baba, a Sufi dervish who accompanied Suleiman the Magnificent to Hungary. After his death, Muslims regarded him as a saint and his tomb became a place of pilgrimage. Like many other holy Muslim sites, it was converted into a Christian chapel until the late 19th century when renovations uncovered the dervish’s skeleton. Today, the tomb is true to its Turkish and Islamic origins. The garden carries tiles and motifs that wouldn’t look out of place in Istanbul, and the tomb is surrounded with plush carpets and Arabic script on the walls.

Gül Baba’s legend is also a curiosity, as it’s said that he bought the cultivated rose to Hungary, (Gül means rose in Turkish), hence the name of the hill and the rose garden left behind in tribute.

Relics Around the Castle 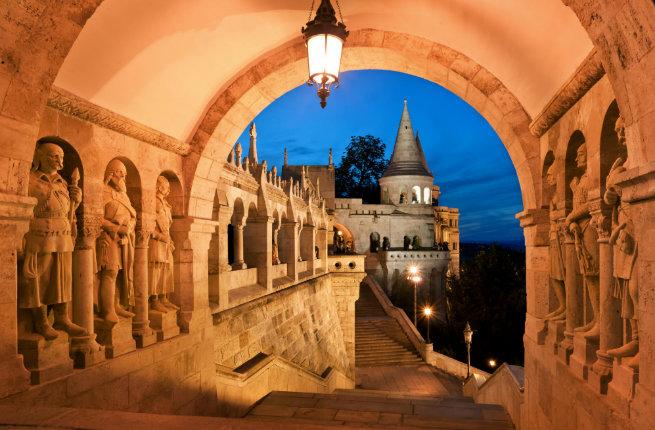 Close to the castle walls at the Vienna Gate lies a single memorial stone inscribed with Arabic script, commemorating last Pasha of Buda, Vizir Abdurrahman Abdi Arnavut Pasha, who died during the Battle of Buda. His epitaph reads, “He was a heroic enemy, let him rest in peace.”

Echoes of the Ottomans lie all around the castle. In the caves in the Buda Labyrinth below, you’ll find stone artifacts left behind by the Turks along with dark legends lurking in its passages about a harem that once existed near the labyrinth’s entrance. Female skeletons dating back to the Ottoman era have been excavated. One rumor passed through history like a whisper is that women from the harem were thrown into the wells when the Turks were forced out of the castle—but an even more gruesome story in which the Pasha of Buda walled up women from his harem with whom he was bored, also persists.

Head away from the castle and down the grassy hill away from the turrets and toward the Tabán hill, a name also stemming from Turkish origin, finish your macabre tour of at an old Ottoman cemetery., A few pillars topped with turban-like sculptures lean unevenly like a forest of stones.

Influences of Hungary’s Ottoman past still linger in the culture, peppering language with words like dohány (smoke) and kávé (coffee), the latter of which is said to have come to Hungary before coffee culture came to Europe through the Turks. And while the memory is kept alive through the history books and legends of the Hungarian heroes that fought them, the remains of the Turkish empire lie scattered in obscure ruins hidden around the city. Stop and take a closer look at a stone, spot a grave topped with a turban, or a wall where you can still see words carved in Arabic script—the rubble has a history with its own tales to tell.