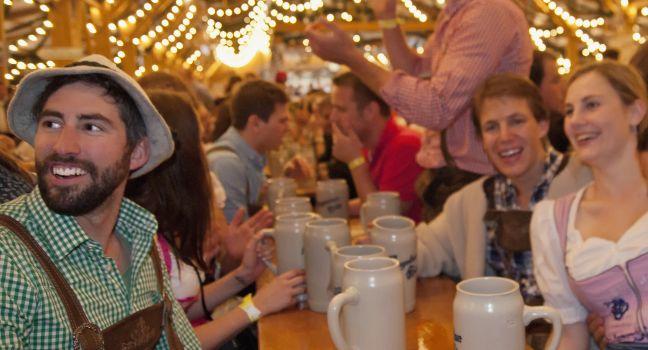 The site of Munich's famous Oktoberfest and the winter version of the city's Tollwood music, art, and food festival (it's at the Olympic area in summer) is a 10-minute walk from the Hauptbahnhof, or one stop on the subway (U-4 or U-5). The enormous exhibition ground is named after Princess Therese von Sachsen-Hildburghausen, who celebrated her marriage to future King Ludwig I here in 1810 with thousands of Münchners. The event was such a success that it became an annual celebration that has now grown into a 16- to 18-day international beer and fair-ride bonanza attracting more than 6 million people each year. (It is called Oktoberfest because it originally began in October. As it grew due to popularity, it extended backward into September for better chances of warm weather.) There are several entrances to the grounds—it's free, so there are no gated, guarded points of entry. Follow the crowds and enter where it's most convenient.

Book an Experience at Munich VIEW ALL