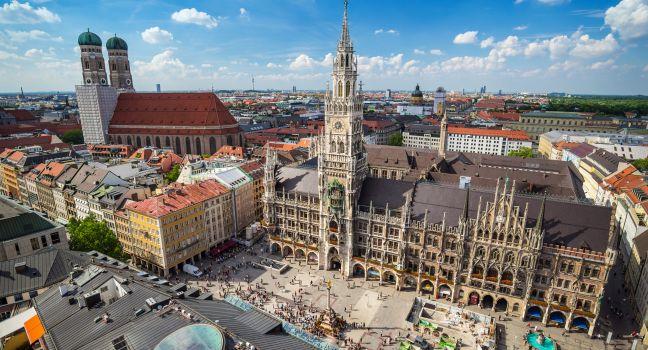 Bordered by the Neues Rathaus, shops, and cafés, this square is named after the gilded statue of the Virgin Mary that has watched over it for more than three centuries. It was erected in 1638 at the behest of Elector Maximilian I as an act of thanksgiving for the city's survival of the Thirty Years' War, the cataclysmic, partly religious struggle that devastated vast regions of Germany. When the statue was taken down from its marble column for cleaning in 1960, workmen found a small casket in the base containing a splinter of wood said to be from the cross of Christ. On the fifth floor of a building facing the Neues Rathaus is Café Glockenspiel. It overlooks the entire square and provides a perfect view of the glockenspiel. Entrance is around the back.

Book an Experience at Munich VIEW ALL