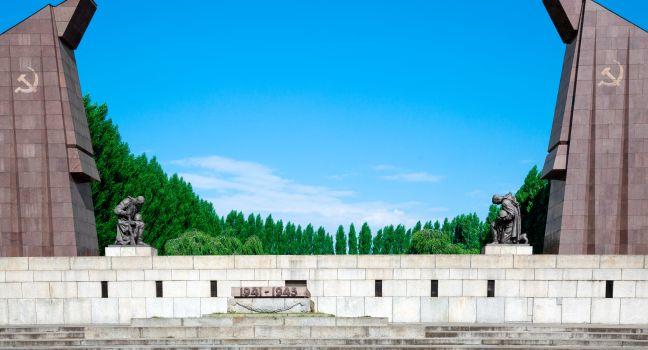 The Sowjetisches Ehrenmal in Treptower Park just might take the hard-earned title of most impressively bombastic monument in Berlin. The size of several city blocks, the memorial celebrates the Soviet WWII victory with inscriptions in both Russian and German, accompanying a series of Socialist realist reliefs lining both sides of an elaborate plaza. At one end stands an enormous bronze of a Russian soldier cradling a child in one arm and wielding a sword with the other, while stomping on a crumpled swastika. Well-placed text and photos educate on the history and importance of the monument, as well as explaining why it was preserved after the fall of the Wall.