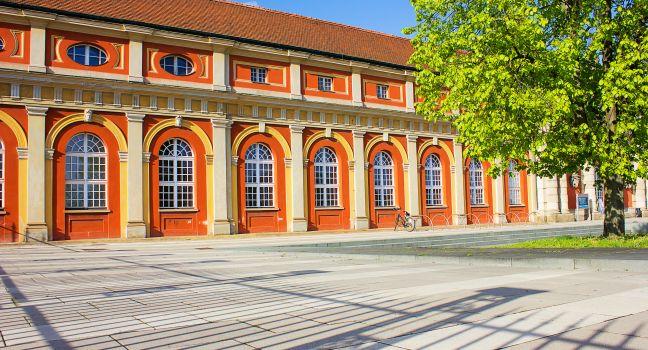 Inside this beautiful baroque building, originally the Marstall or Prussian royal stables, film buffs can look into the history of film production in the area–-many early silent films, including Fritz Lang’s Metropolis, were made in the town of Babelsberg, right next to Potsdam, and modern-day filmmakers continue to use the studios. A permanent exhibition called "Traumfabrik" ("The Dream Factory") details 100 years of filmmaking in Babelsberg. The cinema screens contemporary and historic films, and includes an old film organ, which is still used today to provide music and sound effects alongside silent film screenings.