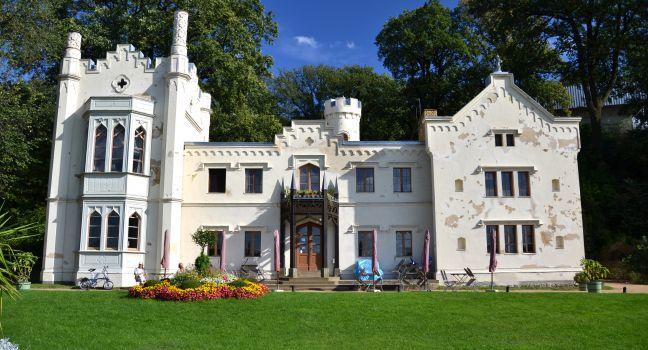 Less well known than the gleaming Sanssouci but still impressive, the Schloss Babelsberg was once the summer residence of Wilhelm I. The expansive park surrounding it has acres and acres of charm, with expansive views, a waterfront promenade, and plenty of historical buildings. Although the castle itself is currently under extensive renovation, there's still plenty to explore, such as the Dampfmaschinenhaus, a 19th-century steam-engine building right on the water, or the Kleines Schloss, which literally translates as “small castle” and today houses an elegant, wood-paneled café. Climb the Flatowturm (Flatow Tower) for a 360-degree view of the surrounding parkland and waterways, and the city of Potsdam in the distance. The tower frequently showcases small historical exhibitions, like a recent one about park landscaping in Germany through the ages, detailing how Park Babelsberg has been restored to its former glory after the fall of the Berlin Wall.