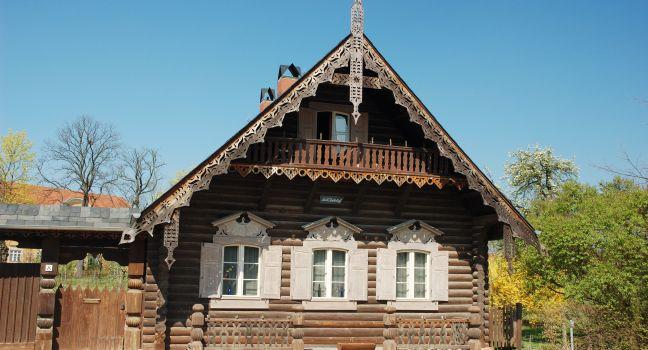 If you take Tram 92 to Neuer Garten, you'll pass by an unusual sight: a cluster of intricately carved wooden houses that look like something out of Dr. Zhivago. This is the so-called "Russian Colony," built by Frederick Wilhelm III to commemorate the death of his close friend, Czar Alexander I and to house Russian singers who were sent over to be part of the First Prussian Regiment of the Guards. It was modeled after St. Petersburg's Glasovo artist village, and today is a UNESCO World Heritage site. The park, which consists of 13 wooden houses laid out along a diagonal cross, was designed by Peter Joseph Lenné, who is also responsible for some of the most beautiful landscaped parks in and around Berlin. There is also a small museum that tells the history of the settlement. Stop in at Alexandrowka on your way to, or from, Neuer Garten.
Historic District/Site