Experience Berlin through the eyes of some of the greatest filmmakers and writers to be drawn to one the world's most beguiling cities.

It’s no surprise that the German capital has been an inspiration to artists, musicians, writers, and filmmakers for decades. What makes it even more special than other capitals, however, is the fact that it just keeps on changing. The Berlin of Weimar-era classics is virtually unrecognizable from 1960s and ‘70s Berlin, not to mention Berlin of the post-Wall years, a backdrop to countless blockbusters and cult favorites. Absorbing all the great Berlin movies and books would take a lifetime, but here are just enough to get you started. 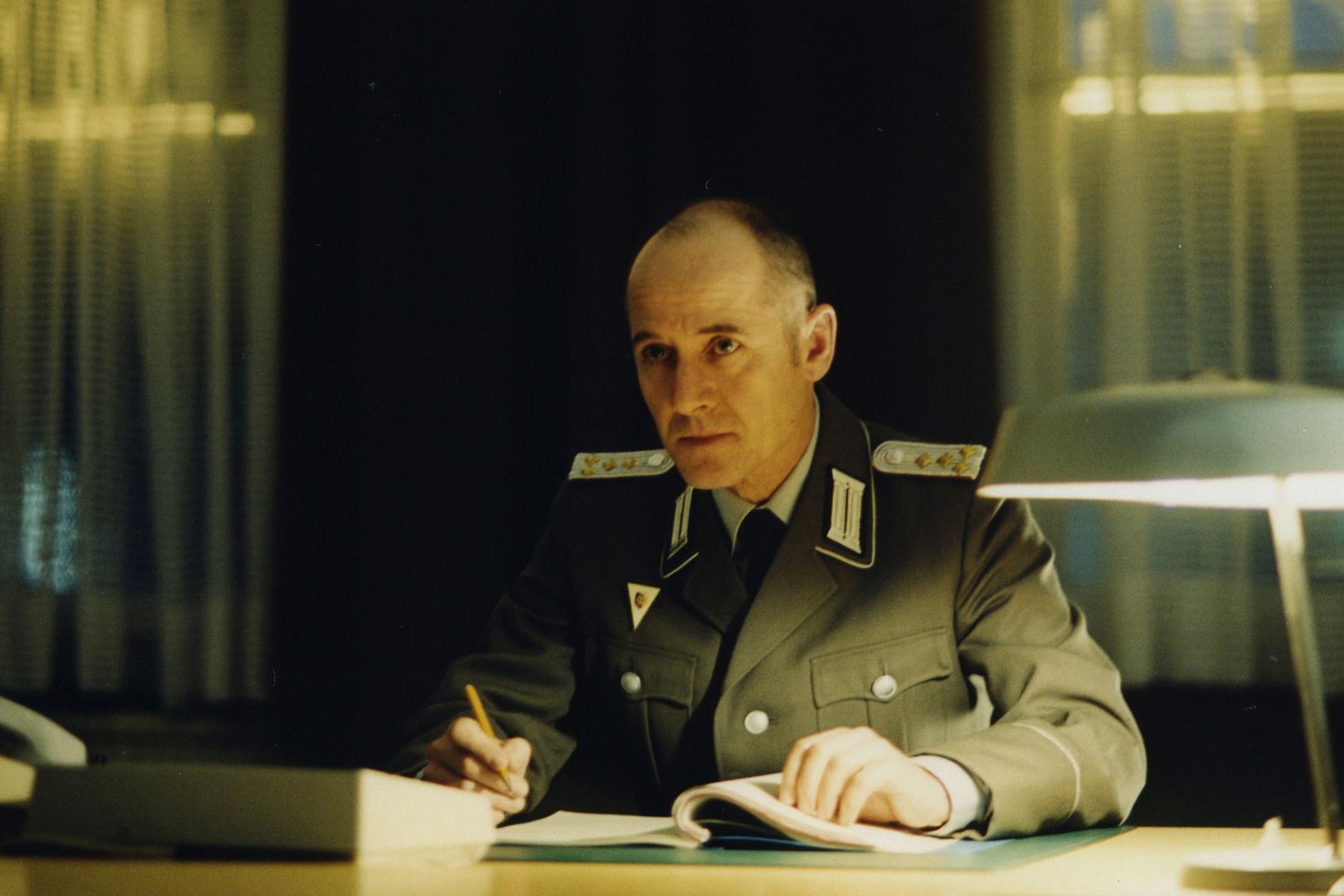 The Lives of Others

This Oscar-winning film is a moving and sympathetic portrayal of a group of people living behind the Iron Curtain in 1980s East Berlin. Stasi officer Gerd Wiesler is assigned to spy on a playwright and actress couple who are living out successful lives and careers as favorites of the East German government. A fascinating case study on how the act of watching a subject alters it, this film depicts what happens when one of them tries to subvert the system, and Wiesler is forced to make a decision to either report them or help them, thus putting himself in danger. Watch for the glimpses of a long-gone Berlin, but most of all, watch for a fascinating psychological portrait of people coping under a brutal totalitarian regime. 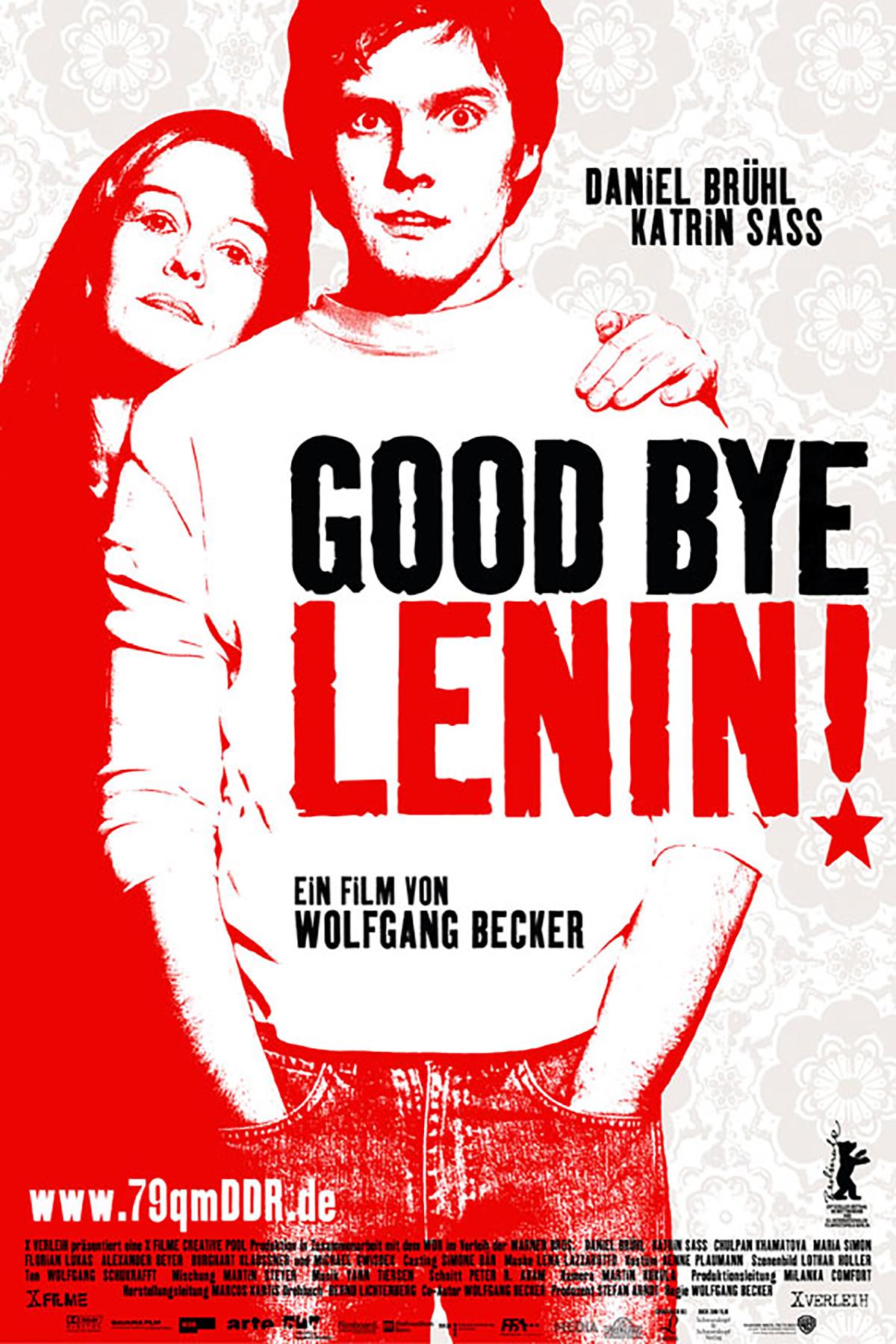 This fan favorite film brought fame to German actor Daniel Brühl with its unique storyline and dark humor. There’s a revolution going on just outside young Alex’s door, but the East German teenager can barely afford to take part in it, since his mother has just suffered a heart attack. The doctor says any great shock will likely kill her, so his entire family constructs an elaborate ruse to keep her calm: the Berlin Wall has not fallen, East Germany’s chancellor has not just resigned, the end of the USSR is not on the horizon, and all is right in the (socialist) world. Watch for glimpses of the grand boulevard Karl-Marx-Allee and Alexanderplatz, and to find humor in the oddities of East German life and the lengths we’ll go to to deceive others and, when necessary, sometimes ourselves. 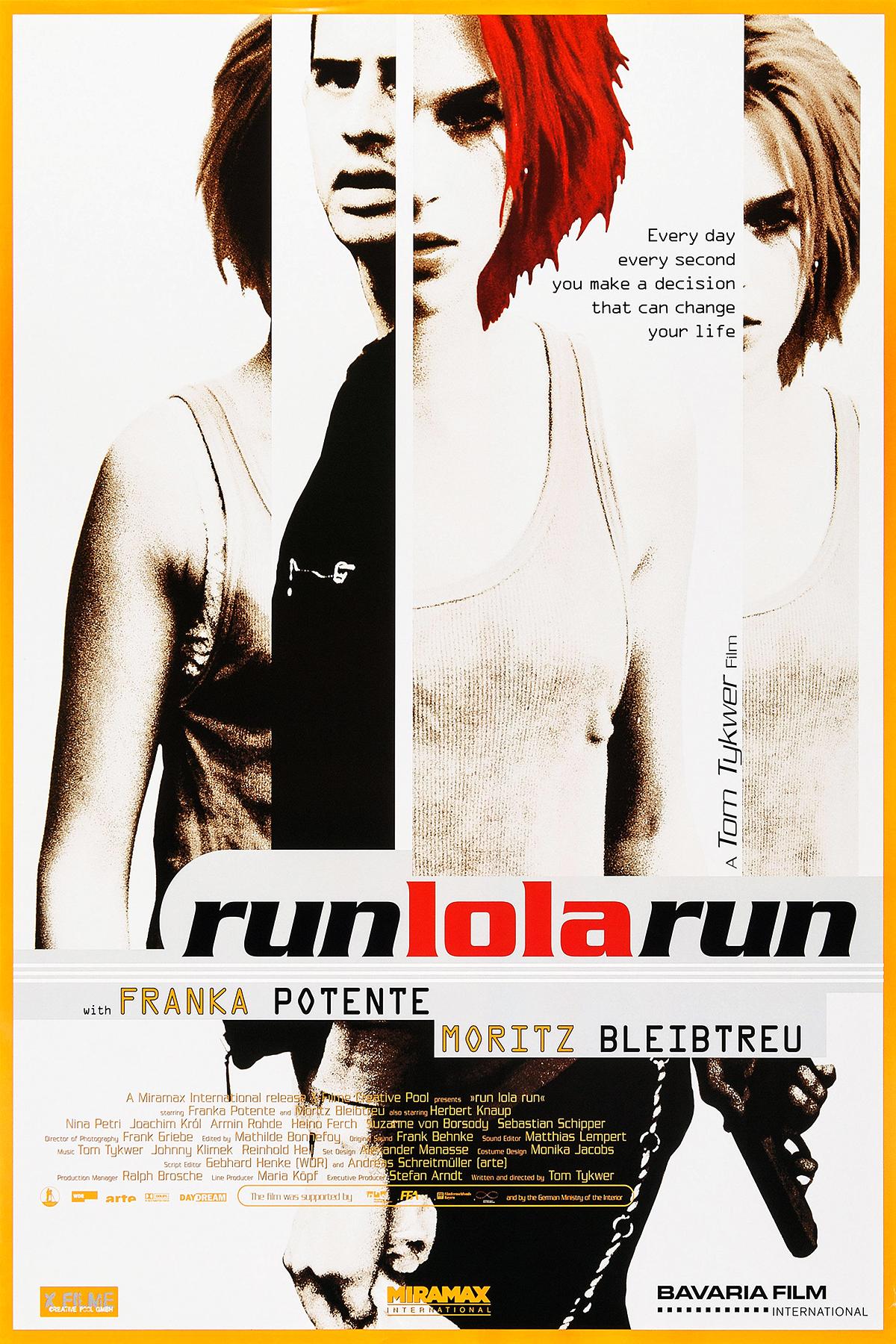 Mention the name of this film and nearly any fan—plus a few people who’ve never seen it before—will immediately think of a young woman with a shock of magenta-red hair, dashing through the streets of the German capital. There’s a lot more to this film than that, but also nothing more at all, because that’s the entire premise: a young woman running through the streets of late-90s Berlin. She’s punk and tough and cool as hell, but also terrified as she tries to save her boyfriend, who has lost a bag of money on a train platform, from being killed by the band of criminals who are expecting it. Then, the whole story starts over again and again, with slightly different results each time. Made less than a decade after the Berlin Wall fell, Lola explores how chance encounters can change people’s lives and how minor decisions can have major consequences. It is an ode to a world capital finally coming into its own. 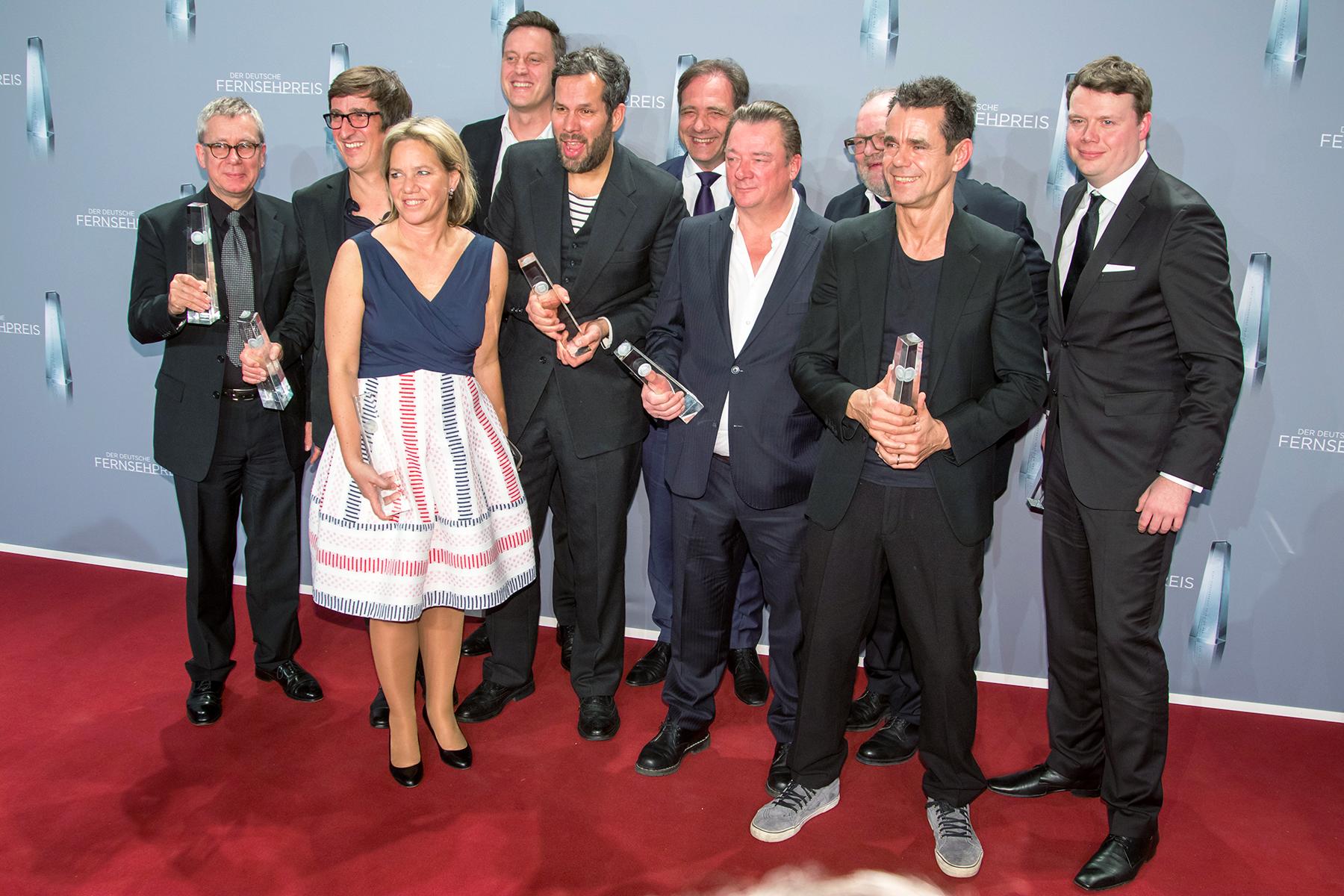 Colorful characters intertwine in this Weimar epic TV series that’s a delicate dance of money, corrupt politics, scandalous cabaret, and decadent settings, the drama heightened since you know the war is about to end it all. Gereon Rath is a police inspector who’s trying to uncover an organized crime ring while also battling a morphine addiction, and Charlotte Ritter is a typist by day and sometimes prostitute by night, who dreams of becoming the nation’s first female police inspector. Anyone familiar with Germany’s pre-war history will spot countless signposts pointing the way towards the 20th century’s greatest catastrophe. That’s the tragedy in it, but also the beauty: pre-WWII Berlin was a lost world before it was even over, but visitors still come to the city for a whiff of it, nearly a century later. 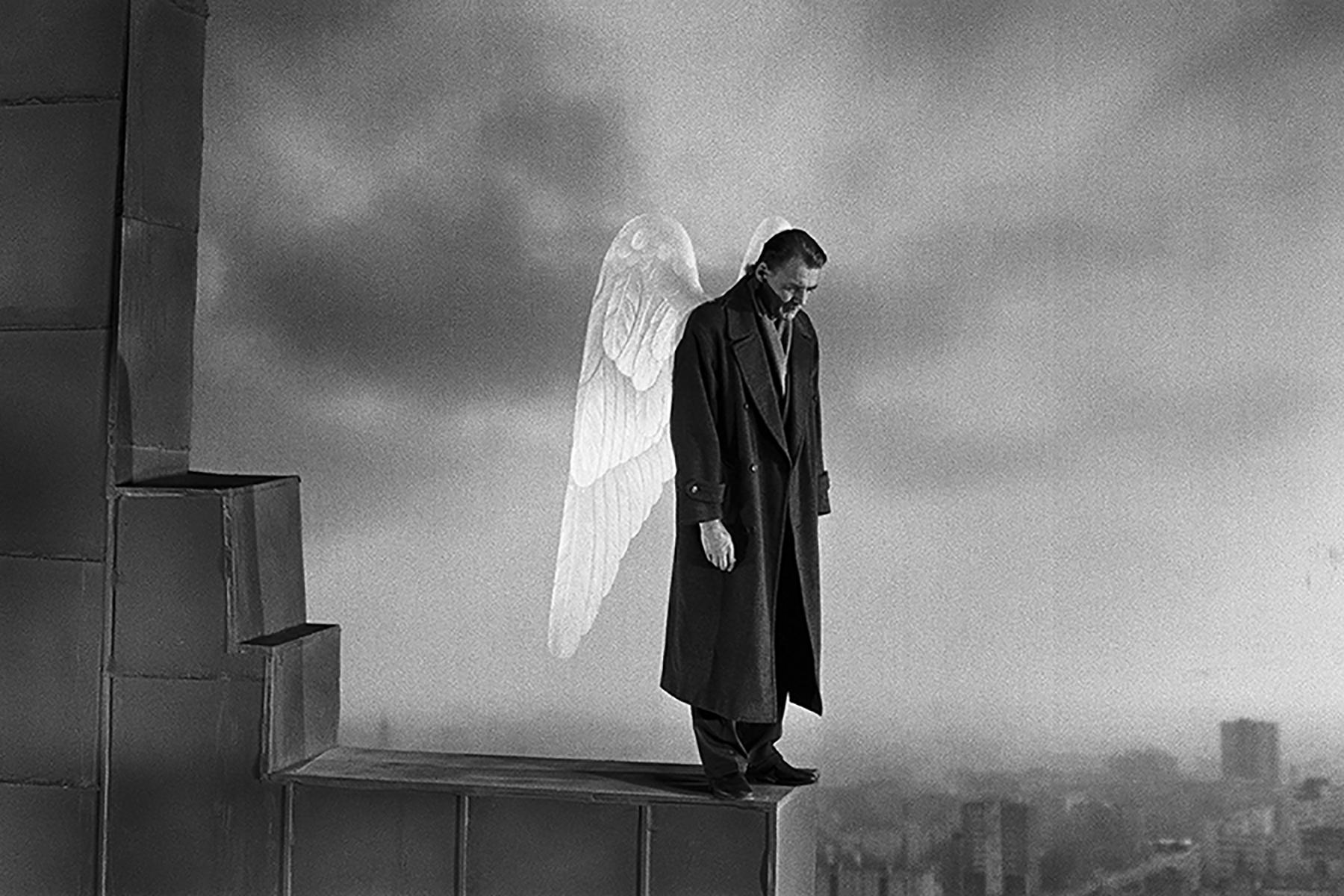 The ultimate love letter to a divided Berlin, this 1987 Wim Wenders classic film has inspired adulation ever since it was made, with late-night screenings, exhibitions, and one unfortunate U.S. remake: 1998’s City of Angels. Its main character, the angel Damiel, played by the exquisite Swiss actor Bruno Ganz, falls in love with a circus performer and decides to give up his wings. There are special appearances by Peter Falk of Columbo fame and the musician Nick Cave (both playing themselves), but the real star of the film is Berlin itself—its shabby, old-fashioned corners, its new wave and punk spirit, and its historic center still ripped in two. The film’s original name—Der Himmel über Berlin or “the heaven over Berlin”—was a far more fitting one: you see much of the city from Damiel’s perspective, and even in its tragicomic moments, it offers a vision of Berlin that truly soars. 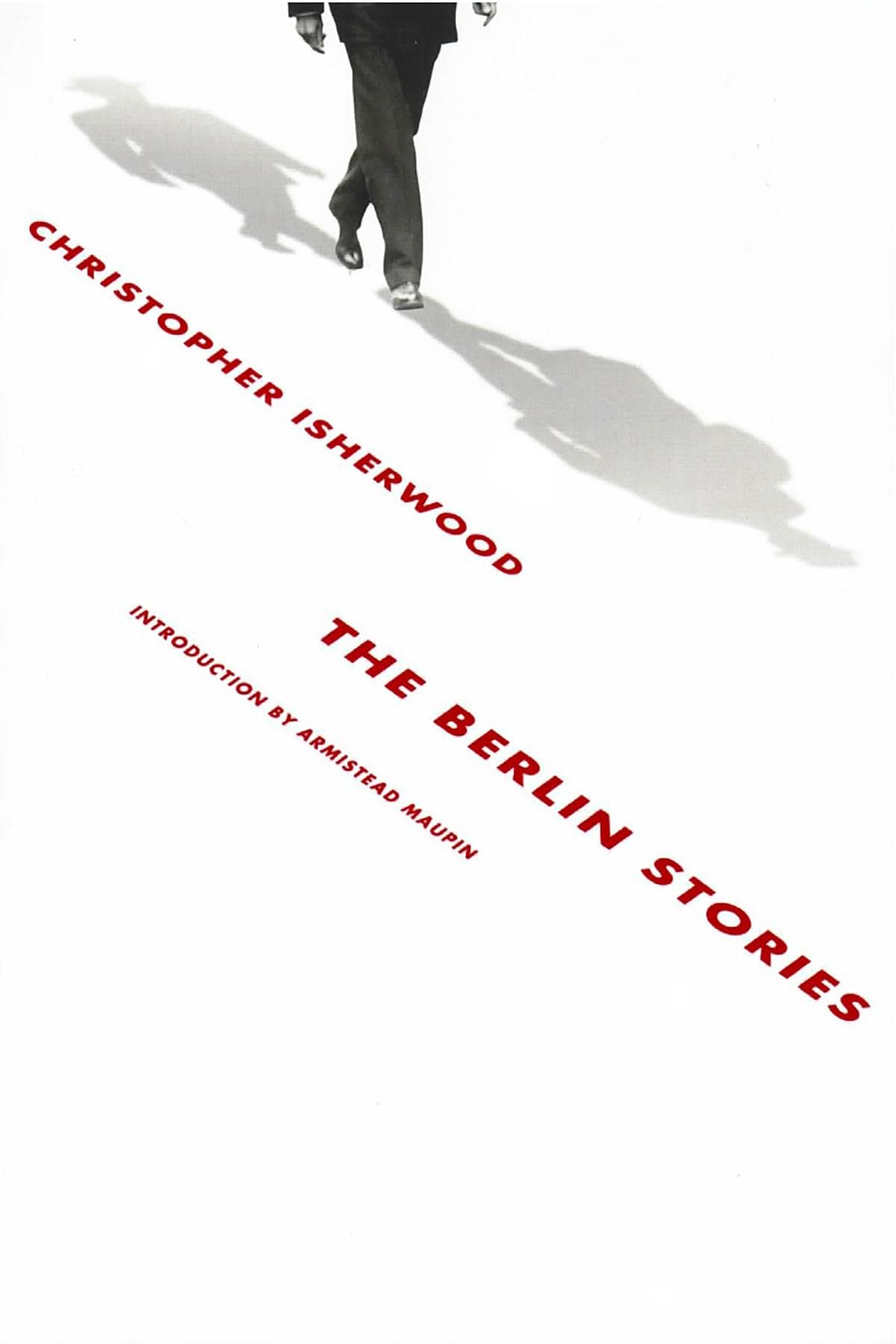 The Berlin Stories by Christopher Isherwood

Blame this book for Berlin’s loafers, layabouts, and “life artists” (that would be Lebenskünstler in German). Nearly a century on, Isherwood’s version of Weimar-era Berlin—surreal and grotesque, romantic and poignant—is still the dominant one. That’s thanks in no small part to the masterful storytelling in these twin novellas—The Last of Mr. Norris and Goodbye to Berlin—which introduced us to the “divinely decadent” Sally Bowles, who would go on to become an everlasting symbol of Berlin thanks to many stage and film versions. Semi-autobiographical, sardonic, and slightly manic, the novellas feel like a breathless chance encounter, a story told by a stranger on a fast-moving train. In other words, they capture what it’s like to discover Berlin for the first time, to never want to leave, and to be aware that one day, you must. 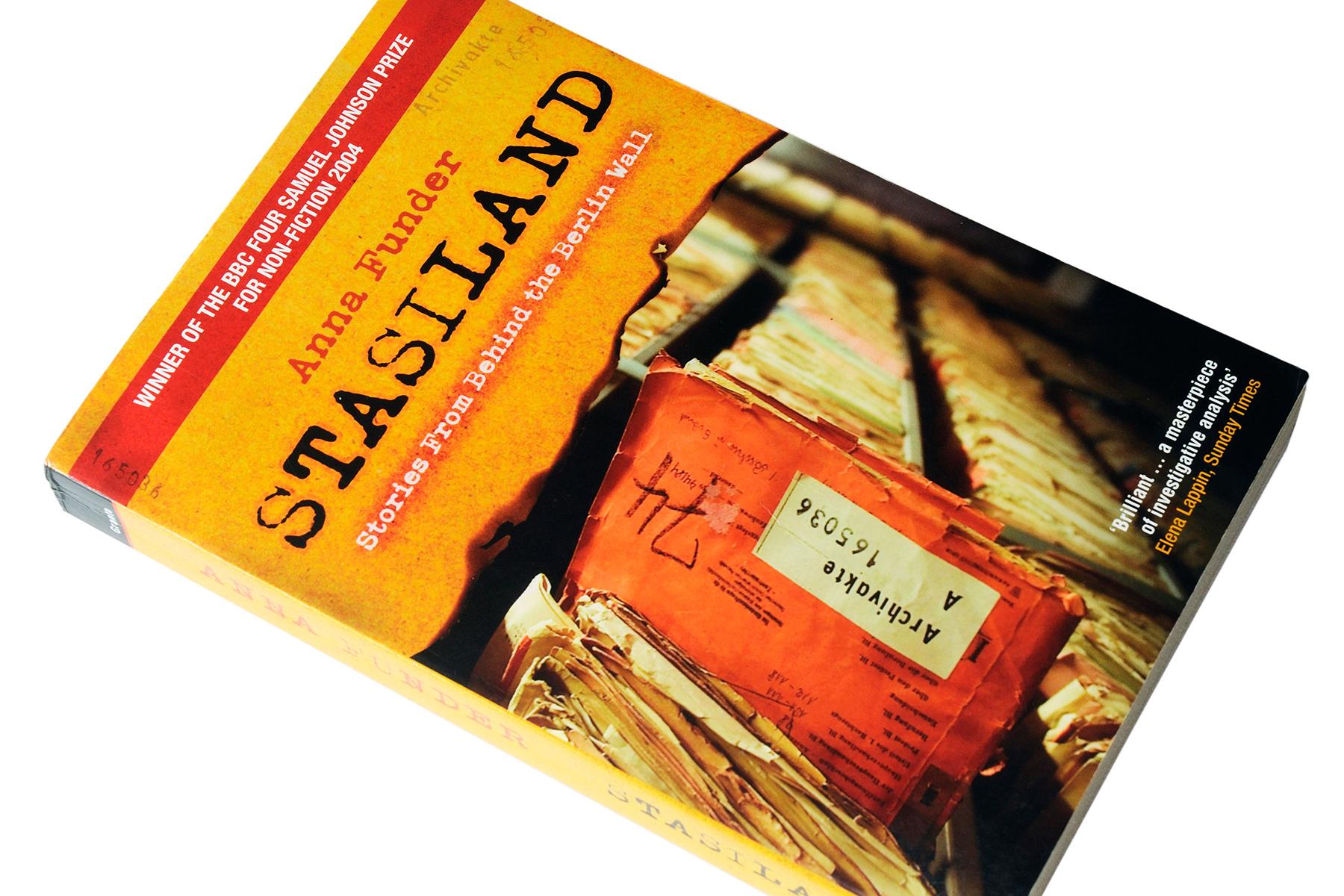 This astonishing work of nonfiction is a juggling act of multiple stories, starting with its clever framing conceit: it was written from the point of view of the Australian author, who lived and worked in Berlin just after the Wall fell. Now back in Germany and curious about what happened in its first decade as a reunited country, she tells the story of her attempt to locate and interview East German heroes and victims. These are the people who tried to escape, both under and over the Berlin Wall, and were caught, who fought the regime and ended up beaten, in prison, or unexpectedly banished, or who simply tried to live their lives as far as possible from the ever-present Stasi (state secret police). In the process, the author comes to grips with her role in documenting these stories, preserving history in a rapidly changing city, and how to identify heroes and victims in a regime where nearly everyone was complicit. 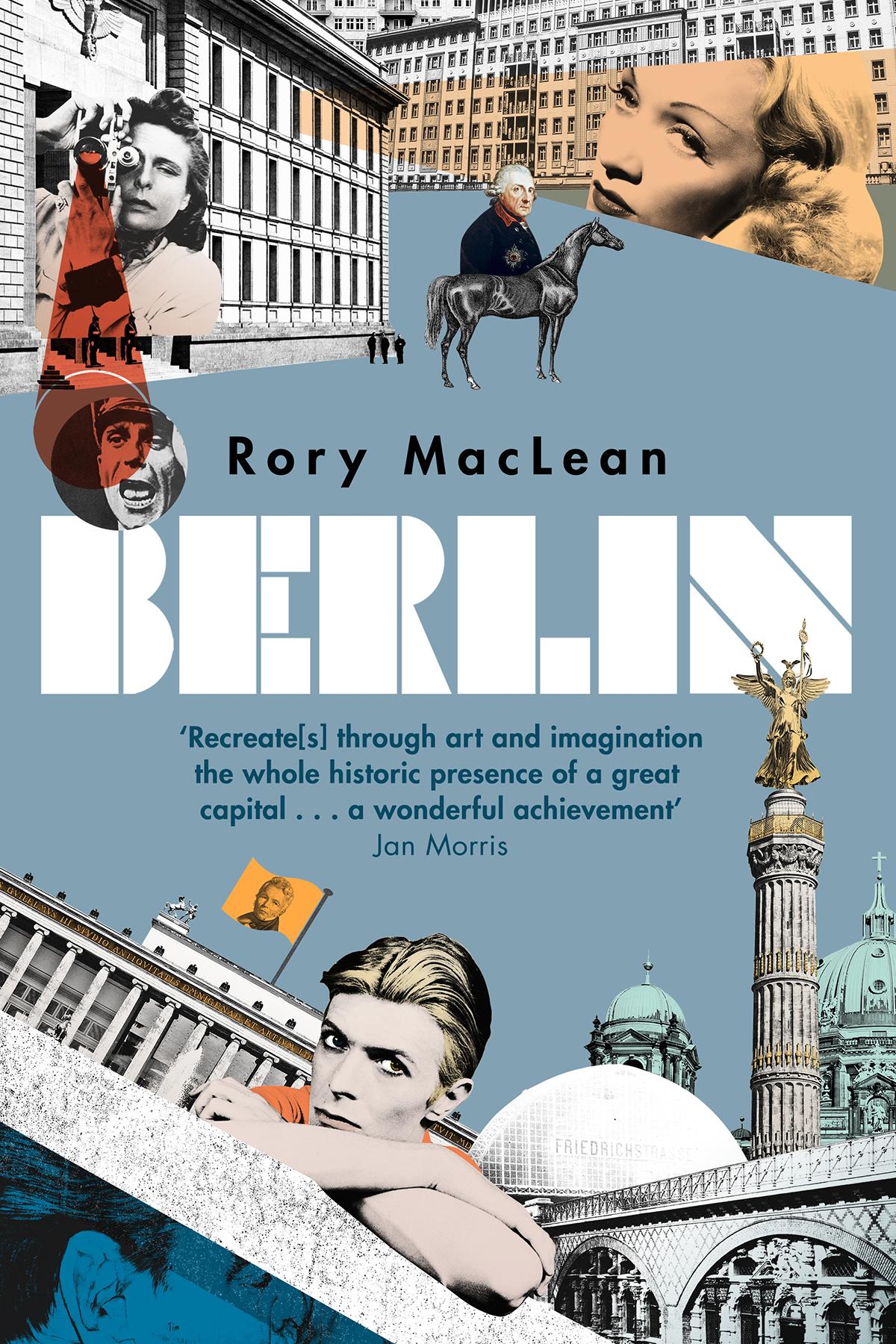 This epic tale tells the story of Berlin through its people, from the world-famous (David Bowie) to the well-known (Karl Friedrich Schinkel, the architect who shaped the city) to the obscure (Dieter Werner, who helped build the Berlin Wall). Interspersed with MacLean’s own observations as a long-time British Berliner, it is both fiction and nonfiction, true stories embellished with details no living writer could have known. The book is perhaps a better reflection of the city than many others, thanks to its broadness: most of us know what happened in Berlin in the 20th century, but MacLean delves into 19th-century Prussia, and goes even further back, to a time when the capital was just a cluster of Slavic villages on a swamp. Those who wax poetic about Berlin often evoke its “layers of history” all visible at once; this book documents that history through the eyes of 21 people who lived it. 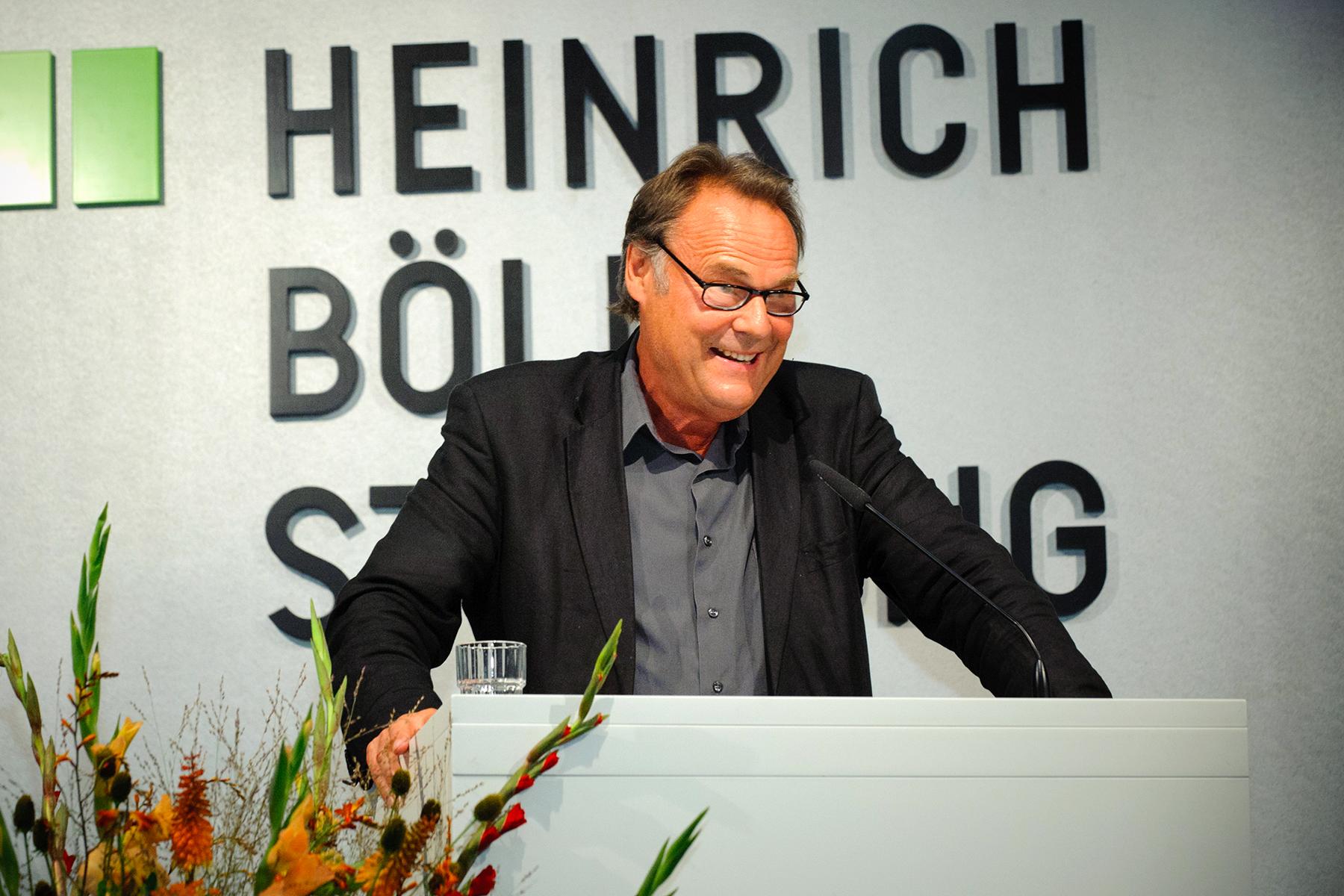 The Wall Jumper by Peter Schneider

Technically a novel with journalistic elements, this book delves into the psychological, spiritual, and historical impact of the Berlin Wall: what it did to the city divided by it, the regime that maintained it, and the people who would long live with its consequences. Of course, there are wall jumpers to be found here, both literal and figurative: those who crossed the border from East to West Berlin at the beginning, before there really was a wall, or those who took their chances later on by burrowing under it or braving the legendary armed guards, tripwires, and attack dogs of “no man’s land.” This is a book to carry around Berlin like a guide: every time you come across a line of bricks demarcating the Wall’s original path, you will appreciate just what it means to cross over it in a single, simple step. 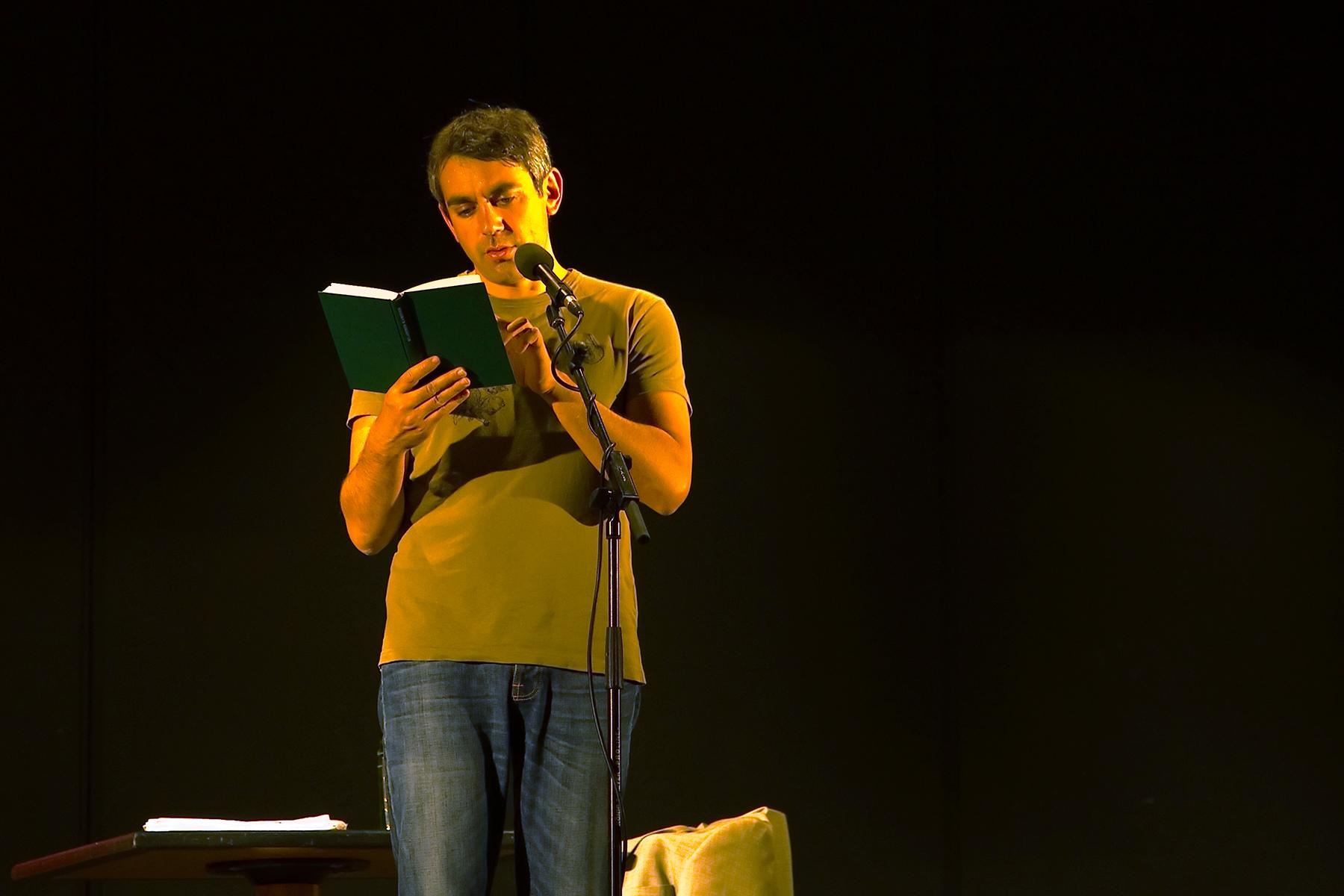 A novel for the new Berlin, this book’s author isn’t just an outsider—a Russian Jew who first arrived in the 1990s—but he’s an outsider who created his own world, founding the legendary “Russian Disco” DJ night at Berlin club Kaffee Burger, becoming a central player in the city’s literary and nightlife scenes. In a welcome deviation from most Berlin literature, the book is a series of comical vignettes about Kaminer’s own life there in the ‘90s, many of which will be familiar to anyone who has recently moved to the German capital. Twenty years ago, he met with the same Kafkaesque bureaucracy, hedonistic nightlife, bad weather, and maddeningly difficult language, and somehow found it all noteworthy and hilarious enough to write about.

Some have called this book a contemporary Goodbye to Berlin. There’s no Sally Bowles in it, but its clever storytelling may just satisfy fans of Isherwood.