5 Things You Can Only Find at Disneyland Paris

Since the early '90s, Disneyland Paris has emerged as one of Europe’s top tourist destinations—up there with Istanbul’s Grand Bazaar and the Notre Dame Cathedral in Paris. A hotspot for families seeking a day of escapist fun, Disneyland Paris has managed to balance its classic Disney feel with cutting-edge thrills that wow kids of all ages. We’ve tallied up a list of five things that make Disneyland Paris truly unique, from the classic Disney magic of Sleeping Beauty’s Castle to new attractions based on Disney films like Ratatouille and Finding Nemo. C'est magnifique! 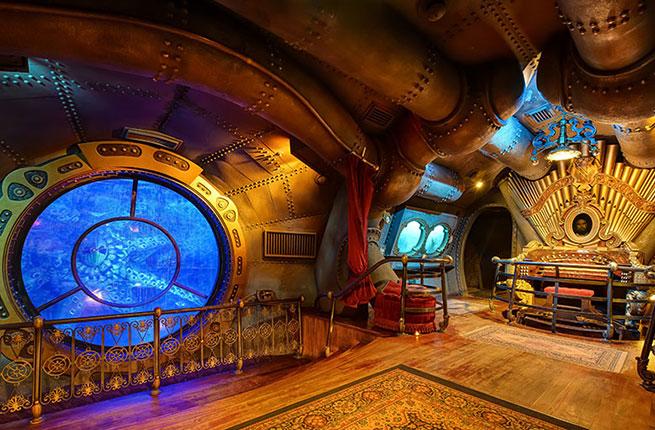 A walk-through attraction that takes guests to the depths of Captain Nemo’s submarine, Les Mystères du Nautilus traces the steps of 20,000 Leagues Under the Sea. An updated and retooled version of what was once seen at California’s Disneyland from 1955 to 1966, the immersive theme takes adventurers through six dimly lit areas. The highlight of the attraction is an encounter with a giant squid, an animatronic fright to behold through one of the windows in the Main Salon. 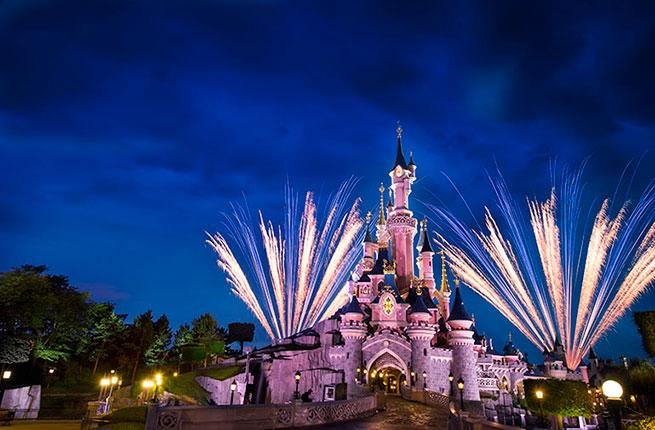 Now in its fourth year, the Disney Dreams! Night Show is a nighttime light, fountain, and firework show that transforms Sleeping Beauty’s Castle into a mind-boggling canvas for video projections and special effects. The 20-minute spectacular combines many Disney classics into a montage including Peter Pan, Lumière from Beauty and the Beast, princesses, and villains. There’s no need to seek out translation for the show as many of the songs are sung in English and the arresting visuals provide all the context needed. 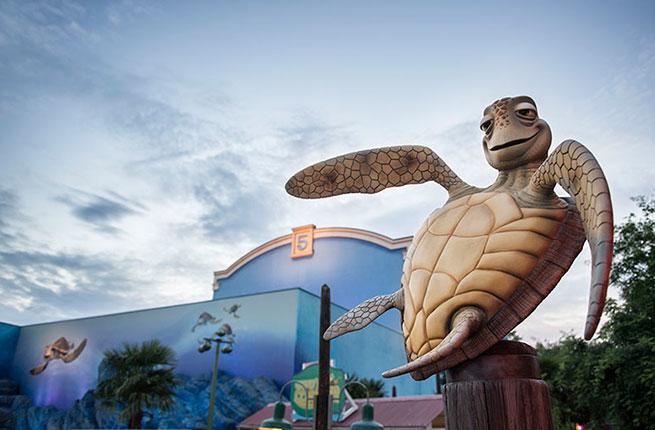 Pulling focus from his title-bearing co-star Nemo, Finding Nemo’s loveable sea turtle Crush gets to star in his own attraction at Disneyland Paris with Crush's Coaster, a winning, spinning ride. Operating since 2007, the indoor coaster starts at the Great Barrier Reef, where a fun encounter with Nemo and Squirt kicks off a free-wheeling descent into darkness, where encounters with glowfish and the Sunken Submarine highlight moments from the movie before racing through a dark, winding track. At the end of the 1:55-minute ride, riders return to Sydney Harbour, where Crush and his friends cheer your arrival, having escaped the depths of the seas. 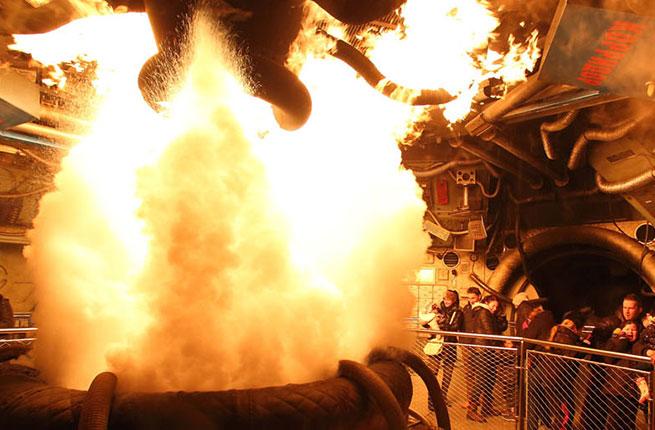 Prepare for an explosive experience as you meander through the hallowed halls of the Space Station Mir on Armageddon – Les Effets Speciaux, an attraction that summons the heights of the 1998 film Armageddon. Built as a film-set experience, a director leads the action with his cue “Action!” as more than a hundred guests huddle into the soundstage, where a meteorite rain shower damages the set as lights flicker, bursts of steam fill the cabin, the ceiling buckles, and debris tumbles. As the pressure increases in the pipes, the main meteor is visible, and quickly thereafter hits, exploding with fire bursts throughout the cabin. The director’s life-affirming “Cut!” brings the experience back to reality, closing the show. 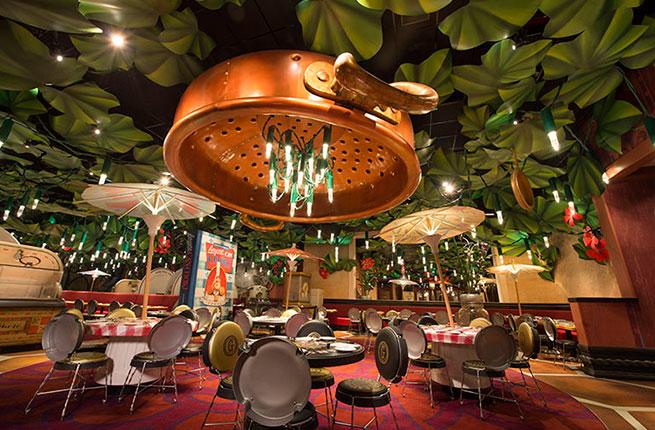 Dishing out the highlights of Ratatouille since 2014, Disney’s magic is in full effect on board Ratatouille: L'Aventure Totalement Toquée de Rémy, a 3D attraction. The ride’s façade resembles Gusteau's restaurant, and the 4:40 ride takes gourmands on “ratmobiles” through a series of 3D screens that follow Rémy on a wild quest to make the perfect meal. Chaos ensues as Rémy and his rat pack escape the clamor of Chef Skinner with a little help from Chef Linguini. Ending on an upbeat and rewarding note, the ride ends at the Bistro Chez Rémy, Disneyland Paris’s mega-popular eatery fashioned after Ratatouille. Fine French cuisine playfully pairs with the restaurant’s rat’s-eye view, as oversized cutlery, cocktail umbrellas, and Champagne corks bring the world of the new classic to life. As for the menu, expect staples including steak frites, cod, and, of course, the eatery’s signature dish, a hearty bowl of ratatouille. If you’re planning on being a guest of the furry little fella, make sure you plan way ahead, as reservations fill up months in advance.